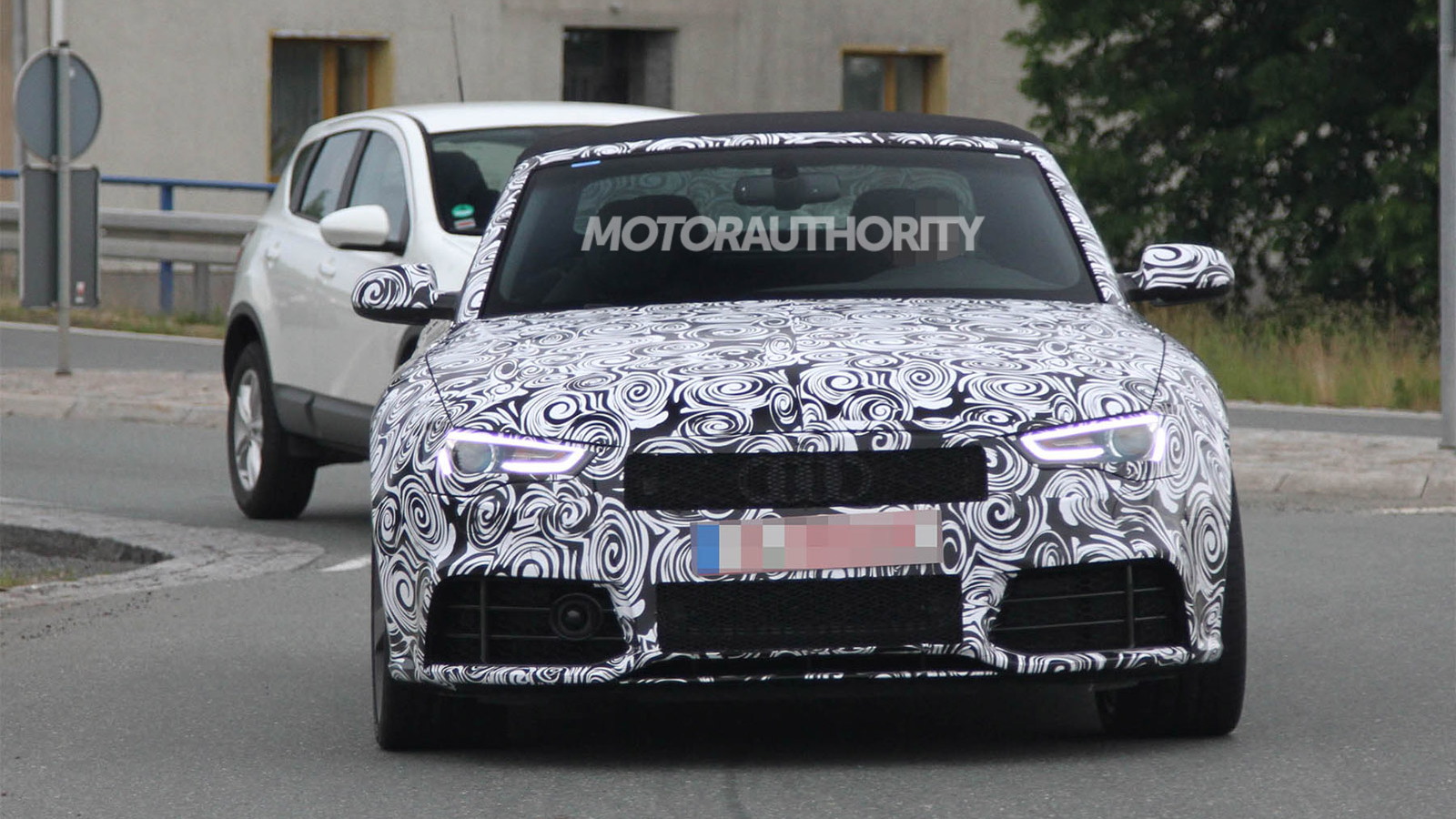 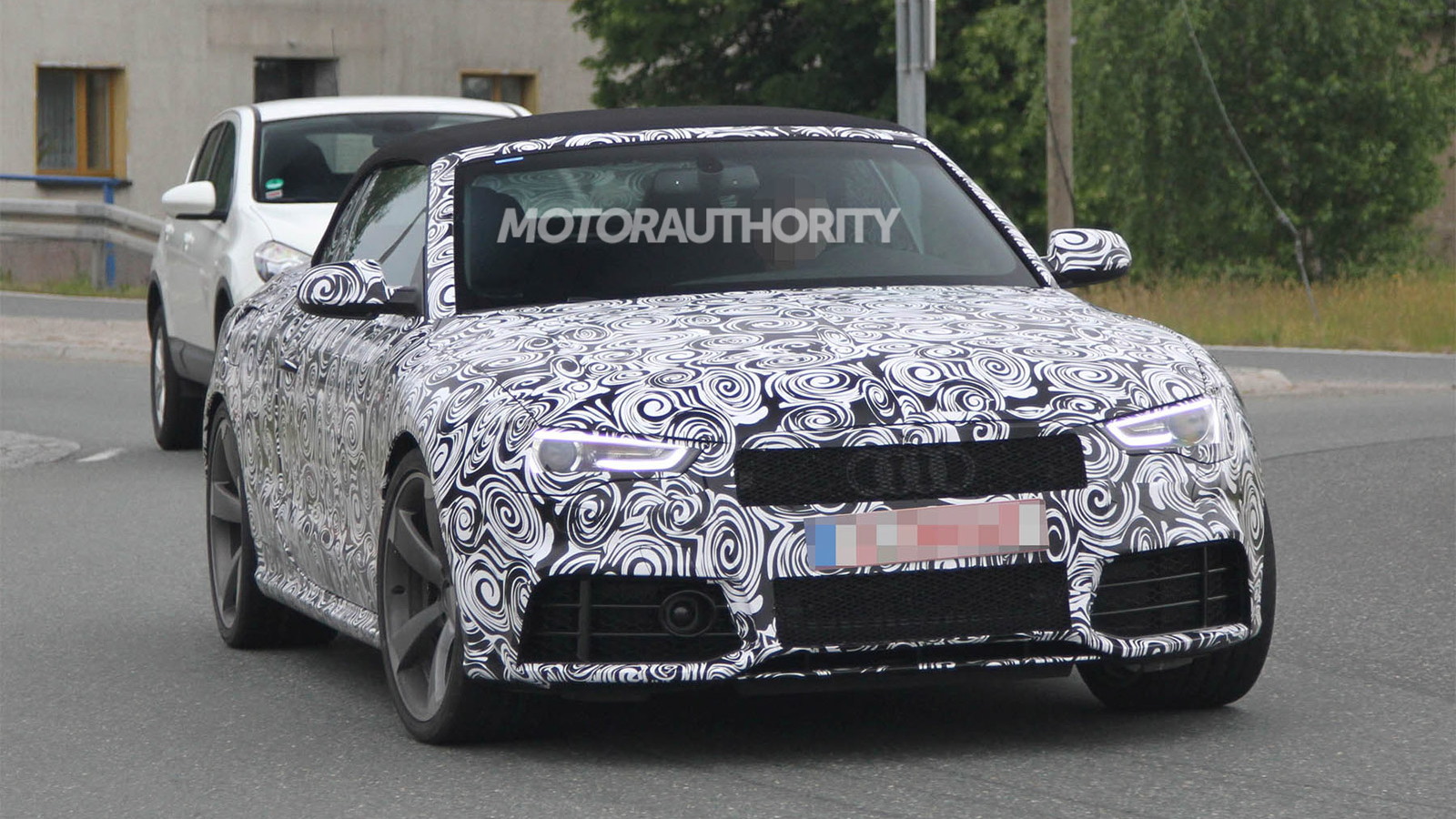 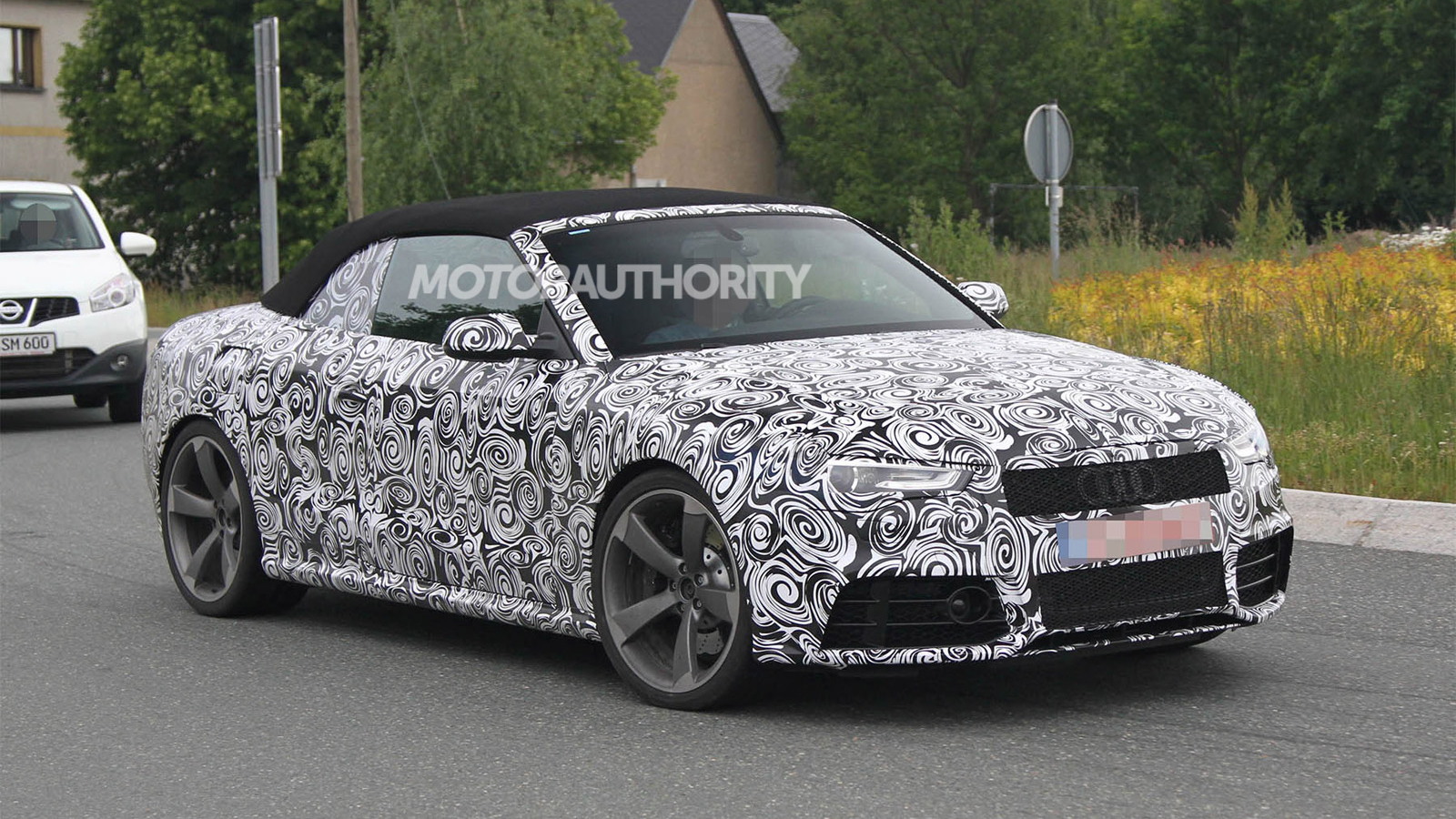 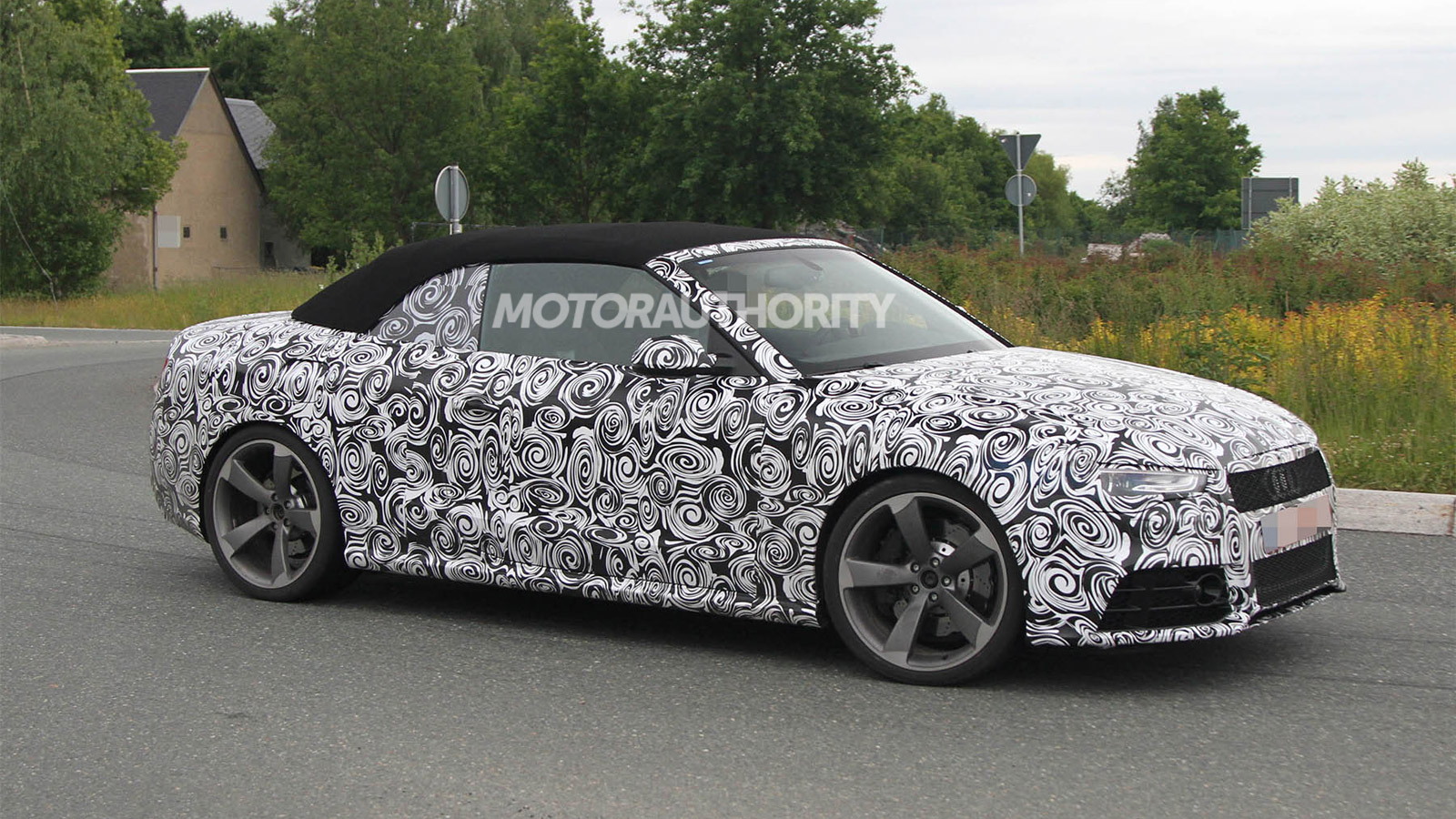 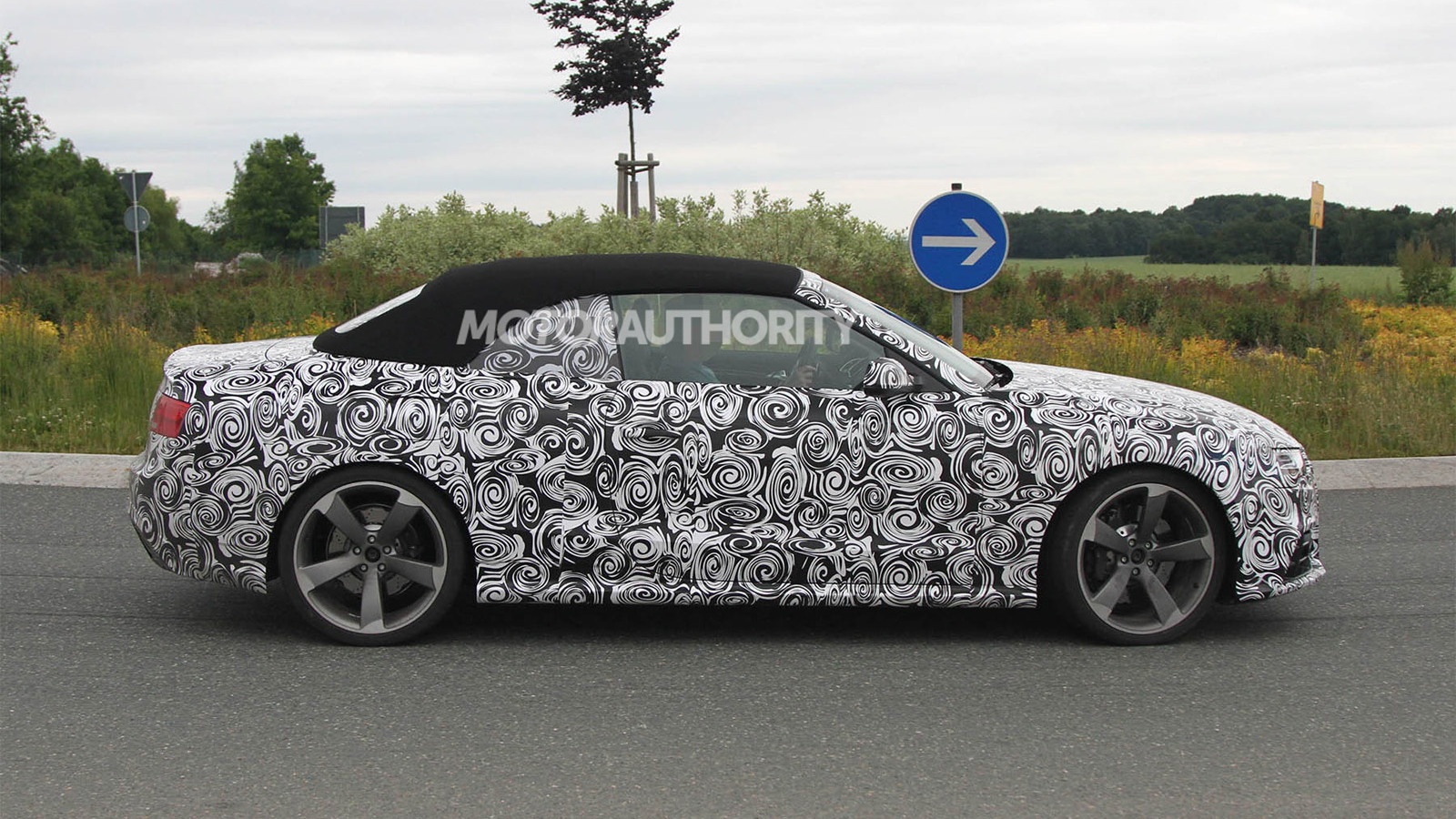 29
photos
The 2013 Audi RS 5 will be landing in U.S. showrooms very soon, bringing with it one of the last naturally-aspirated performance V-8s from a German automaker and one sexy coupe body to house it in.

A convertible version is also due, as revealed in numerous sightings of prototypes and even a leaked patent drawing, and now it looks like the development phase is nearly complete.

This latest prototype features all the Audi RS trademarks including wider wheel arches, bigger wheels and brakes, and two oval-shaped exhaust tips at the back.

Previous prototypes were dressed to look like the lesser S5 model.

Apart from its convertible roof, which like the previous model will stay a soft-top, the RS 5 Cabrio should be almost identical to the RS 5 coupe. This means it will come with a snorting 4.2-liter V-8 under the hood delivering some 450 horsepower and 317 pound-feet of torque.

Hand-built at Audi’s plant in Gyor, Hungary, the mighty powerplant should launch the RS 5 Cabrio from 0-60 mph in around 4.5 seconds and to an electronically limited top speed of 174 mph.

Look out for the car’s debut at the 2012 Paris Auto Show this September, with sales to start shortly after.