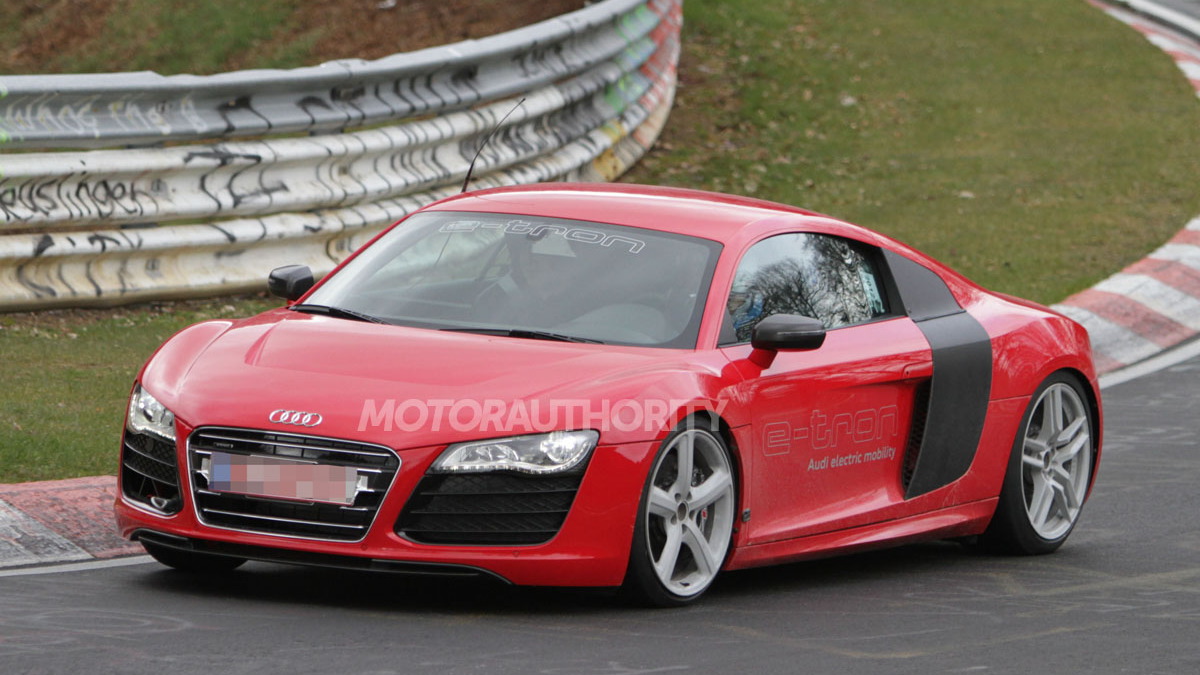 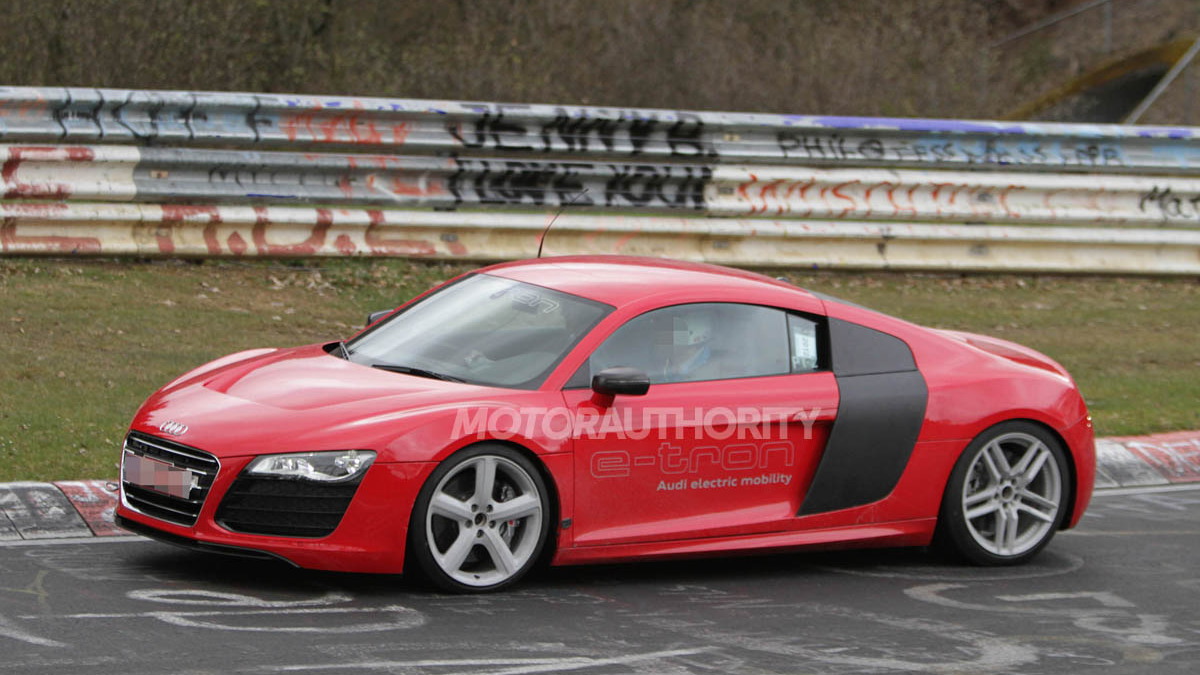 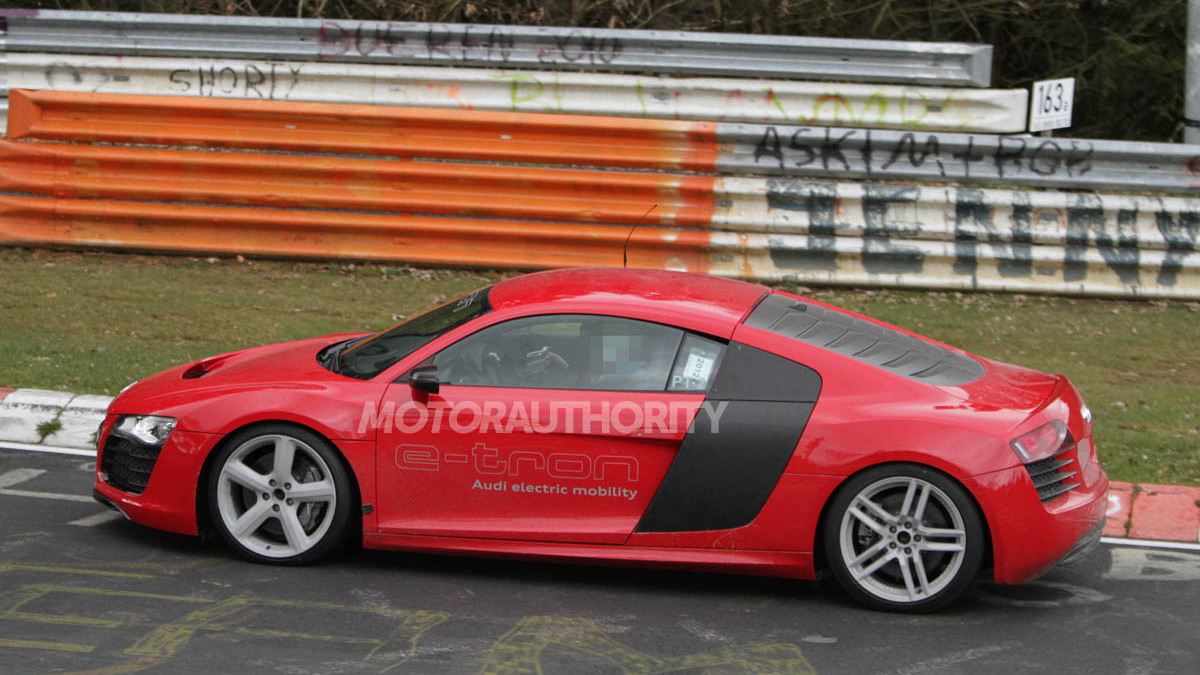 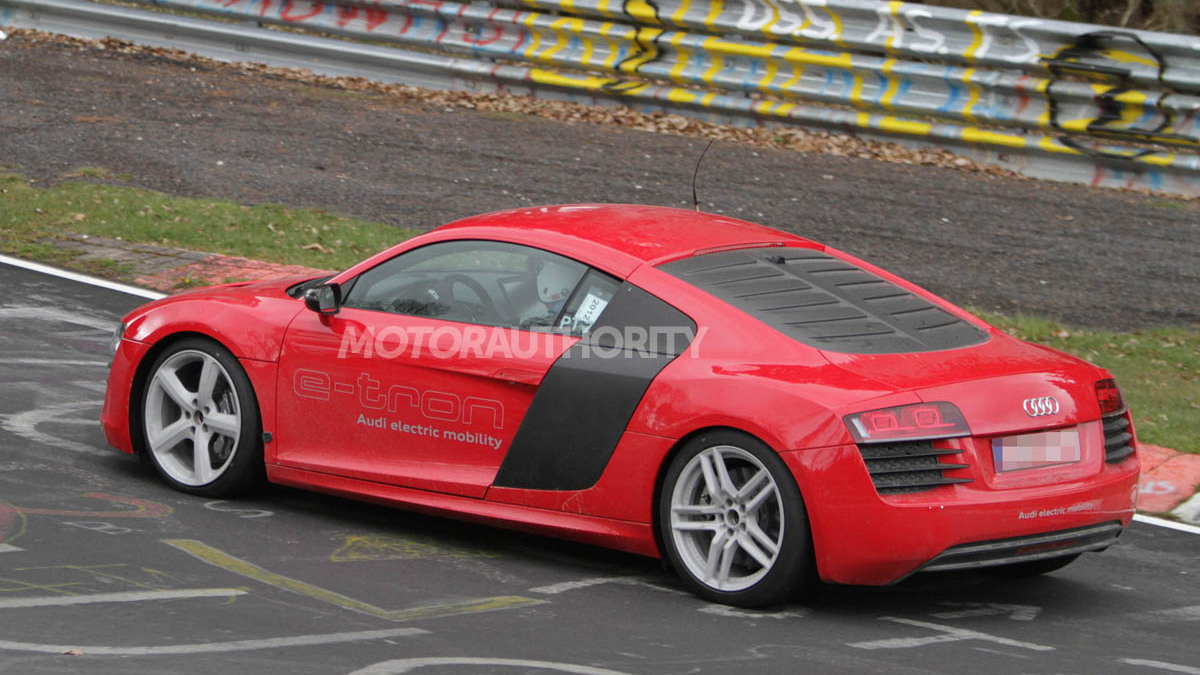 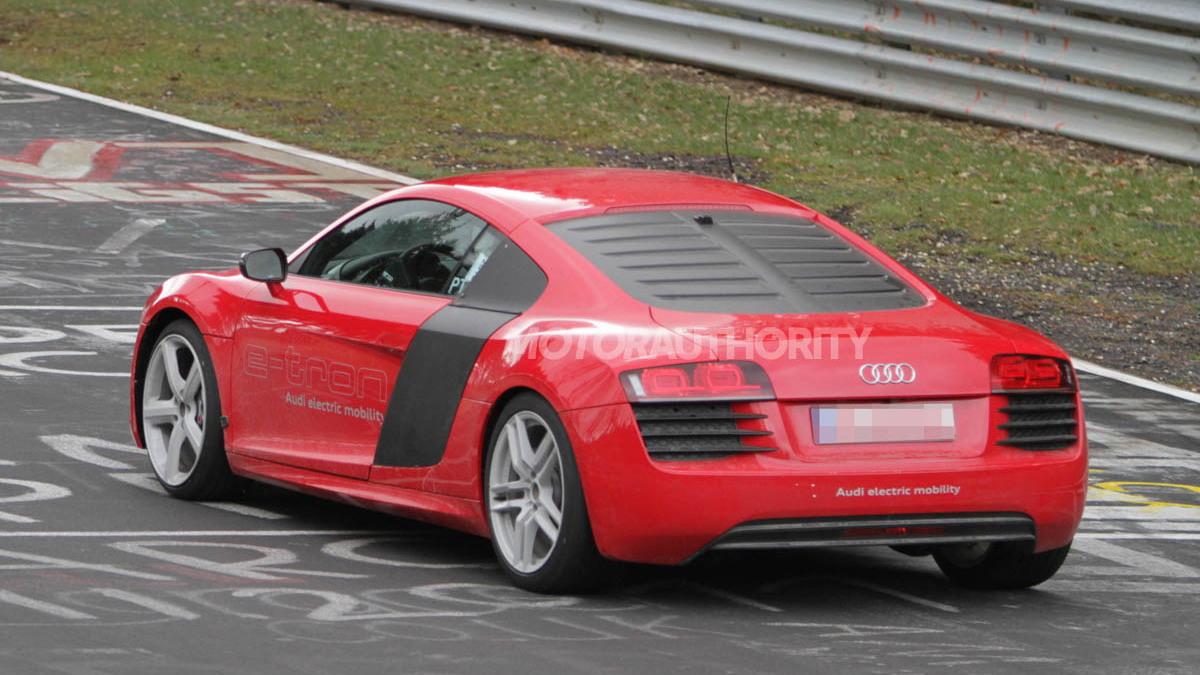 7
photos
Audi’s first e-tron electric car, the high-performance R8 e-tron, is in the final stages of development ahead of its sales debut towards the end of the year.

Here we have an exclusive spy video of a prototype conducting some high-speed runs at Germany’s Nürburgring race track.

Audi is heavily committed to the development of electrified vehicles, including battery-powered electrics, range-extended electrics and plug-in hybrids, all of which will be born from the automaker’s standalone e-tron division.

A fleet of A1 e-tron electric cars is already participating in a trial in the German city of Munich and soon a similar trial of A3 e-trons will be up and running in the U.S. However, the first e-tron vehicle sold to a customer will be the R8 e-tron.

The special R8s will be produced in a small facility at Audi’s main plant in Neckarsulm, in the south of Germany. Production will be limited, meaning the cars will be pricey, with some suggesting it will be the most expensive model in Audi's portfolio.

Like the original R8 e-tron Concept unveiled in 2009, the prototype seen here is likely to be running a total of four electric motors, two on each of its axles, to provide a true quattro all-wheel drive setup.

Their combined output should be around 300 horsepower, resulting in 0-60 mph times of less than 5.0 seconds. Top speed is likely to be limited to somewhere just over 100 mph, however, as the amount of energy required by electric motors increases disproportionately to speed.

Powering those electric motors will be an array of lithium-ion batteries that provide an energy content of about 42 kWh, which should provide a driving range of around 150 miles. Of course, driving on a race track in the manner above will drastically reduce this. Also, as demonstrated above, the car is eerily silent at low speeds but once the pace picks up wind and tire noise make it just as loud as any other car. Audi plans to install an artificial sound generator to circumvent the low speed silence issue.

While outright speed won’t be a priority with the R8 e-tron, lightweight construction certainly will be as this is one of the key preconditions for efficiency and range in electric cars. Audi engineers are therefore drawing on one of the automaker’s core competences for the R8 e-tron, its aluminum Audi Space Frame (ASF) construction. The car is expected to tip the scales at around 3,500 pounds, which may seem heavy but is actually reasonable for an electric car, especially one with this level of performance.

As for the styling of the R8 e-tron, it’s unclear how much Audi plans to differentiate the look of the car from its gas-swilling siblings. A facelift is being introduced for the R8 later this year and it’s possible the e-tron model may adopt the same changes.

Then again, it’s also possible that Audi will give its R8 e-tron a distinct look similar to what we saw on the concept version.

The latest prototype looks more or less like a normal R8, except that it has no tail pipes, the window for what would be the engine bay is opaque, and it wears an e-tron badge on its hood, as well as vinyl e-tron lettering on the sides and windshield. Minimal air inlets up front--presumably to reduce drag--are also visible, while a high-voltage sign on the driver's side rear quarter window cautions of the danger of electric shock.