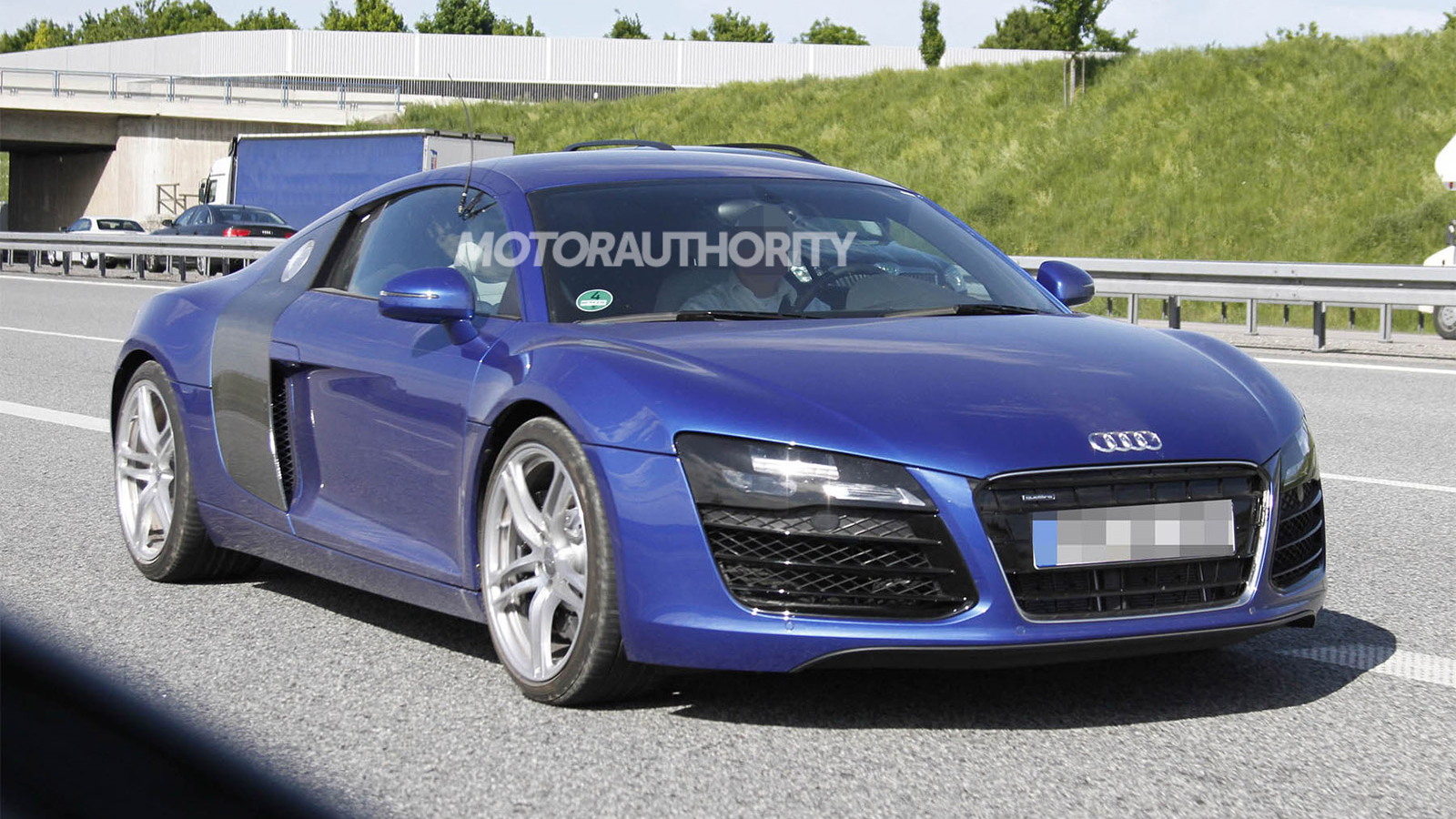 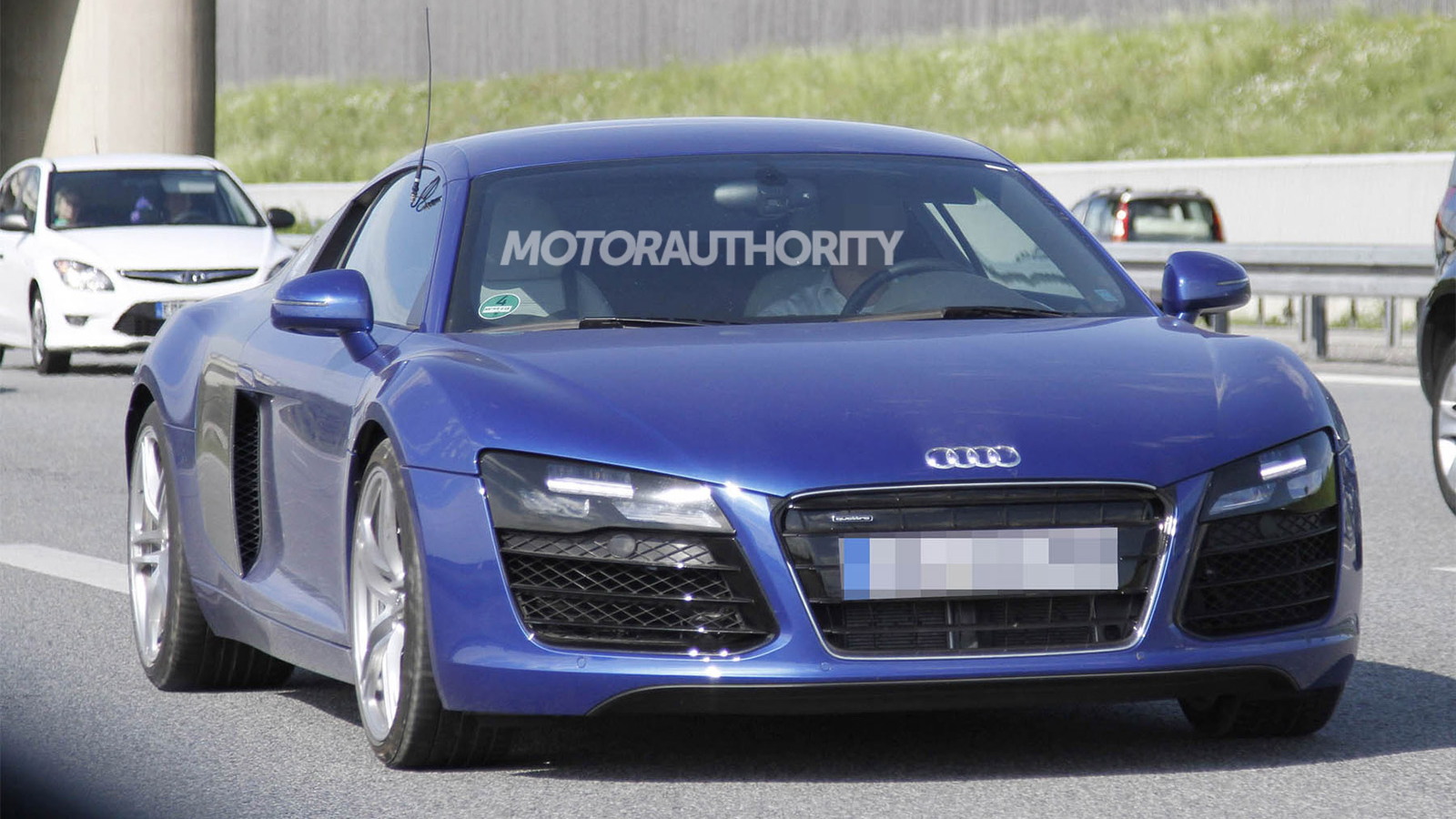 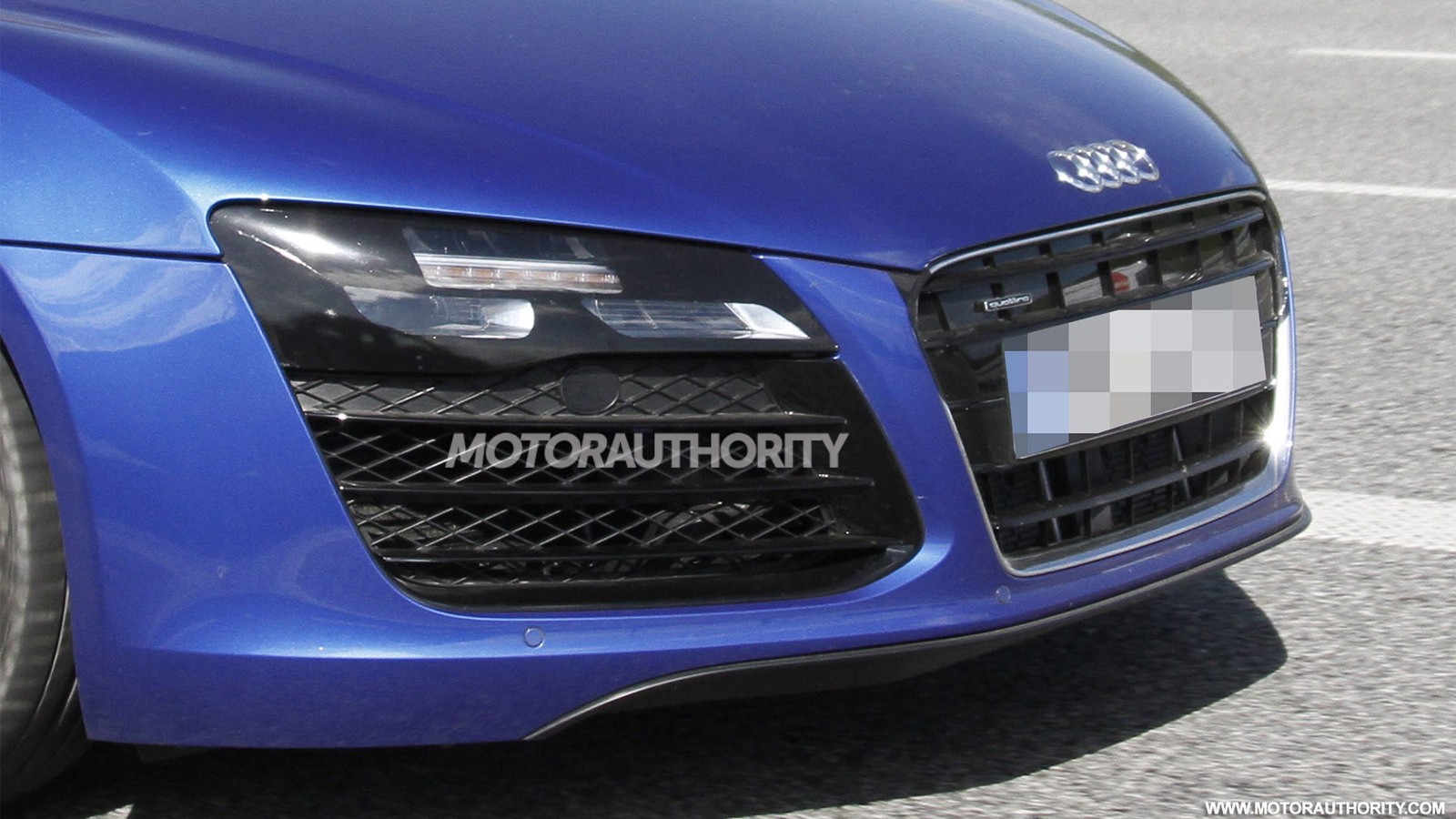 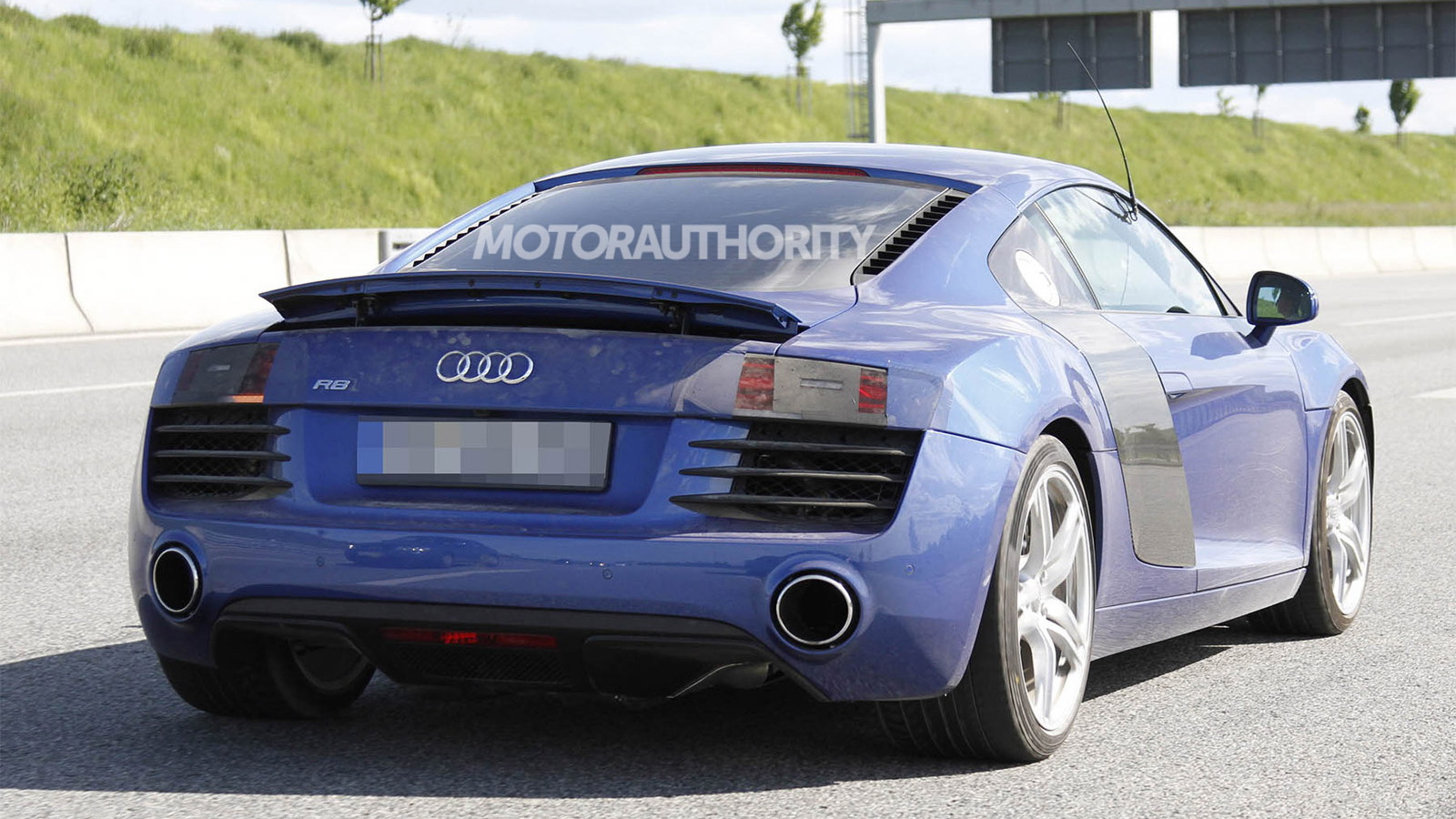 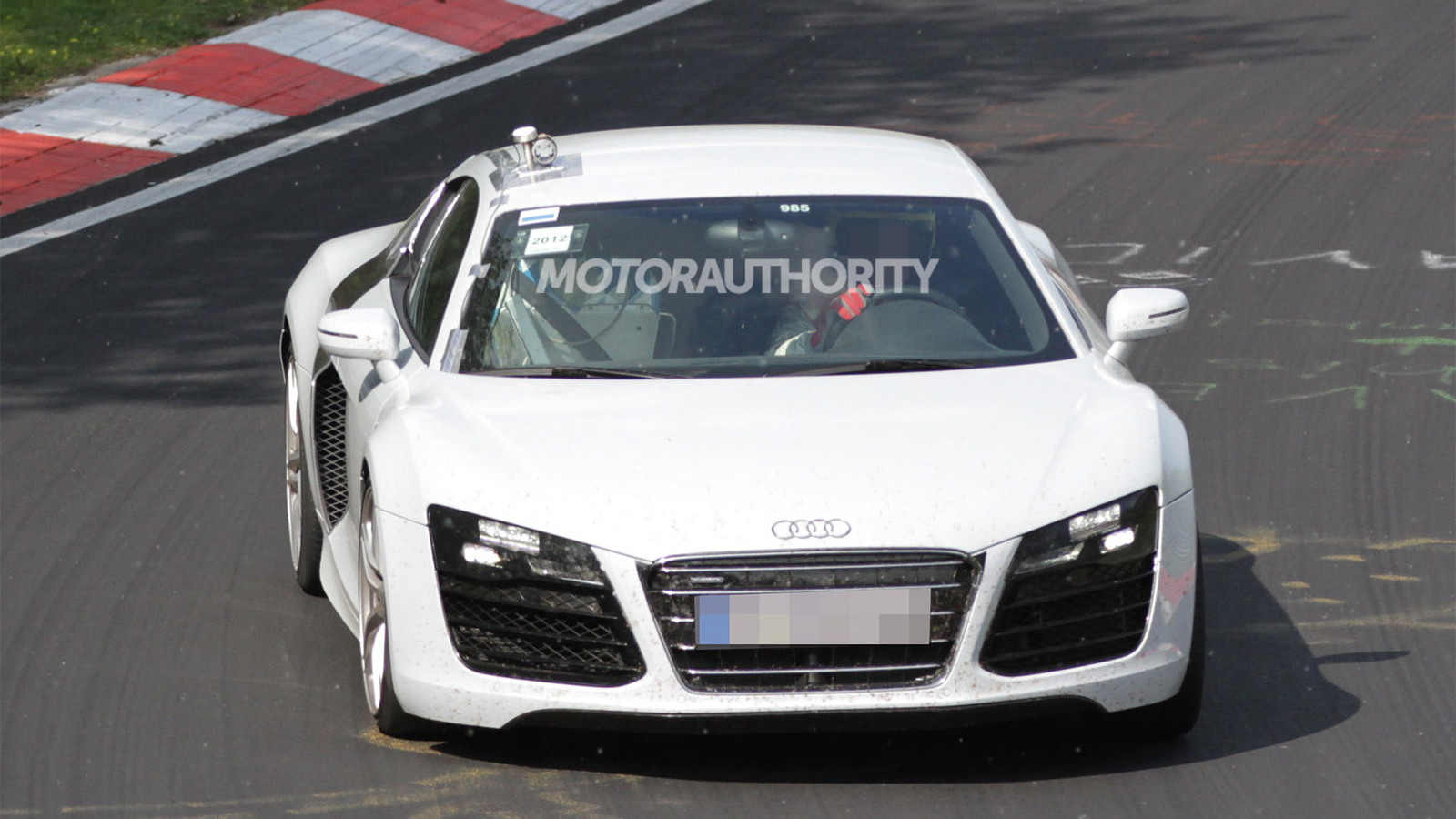 21
photos
We've previously shown you spy shots of Audi's planned facelift for the 2013 R8, including in the Spyder bodystyle, but these latest shots show the car virtually undisguised.

The facelifted R8 range, both in coupe and convertible bodystyles, is expected to be unveiled later this year.

We’re expecting an official world debut at the 2012 Paris Auto Show in September, though Audi may use next month’s 24 Hours of Le Mans to reveal the car, just like it did last year with the R8 GT Spyder.

This means the new range should hit showrooms around the end of the year, making them 2013 models.

With a completely brand new model due out in a couple of years, Audi is keeping the changes to the current R8 at a minimum. It appears designers have only implemented minor tweaks to the exterior of the car, and the same is expected for its interior.

The biggest change is present at the front, which adopts a new bumper and revised headlights. We can clearly see the all-LED elements in the headlight unit, and the overall shape of the lights appear to feature a sharper look similar to what we saw on 2010’s e-tron Spyder Concept. A new tail-light LED pattern will also be present on the facelifted model.

The engine lineup should still consist of a base 4.2-liter V-8 and range-topping 5.2-liter V-10. However, output may be increased slightly to better align with the competition. The 5.2-liter V-10 model may see as much as 540 horsepower for this facelift.

Rather than increasing output significantly, Audi engineers are believed to be focusing on shedding weight. Expect to see many of the weight saving modifications applied to the high-performance R8 GT carried over to the regular models. These are likely to include the use of thinner glass, carbon fiber and aluminum construction, thinner sheet metal and lightweight carpeting.

The big news is that Audi may finally do away with its clunky R tronic sequential manual gearbox in the R8 with this latest facelift, replacing it instead with an S tronic dual clutch arrangement. A pair of R8 prototypes spotted previously were believed to be running the dual clutch setup.