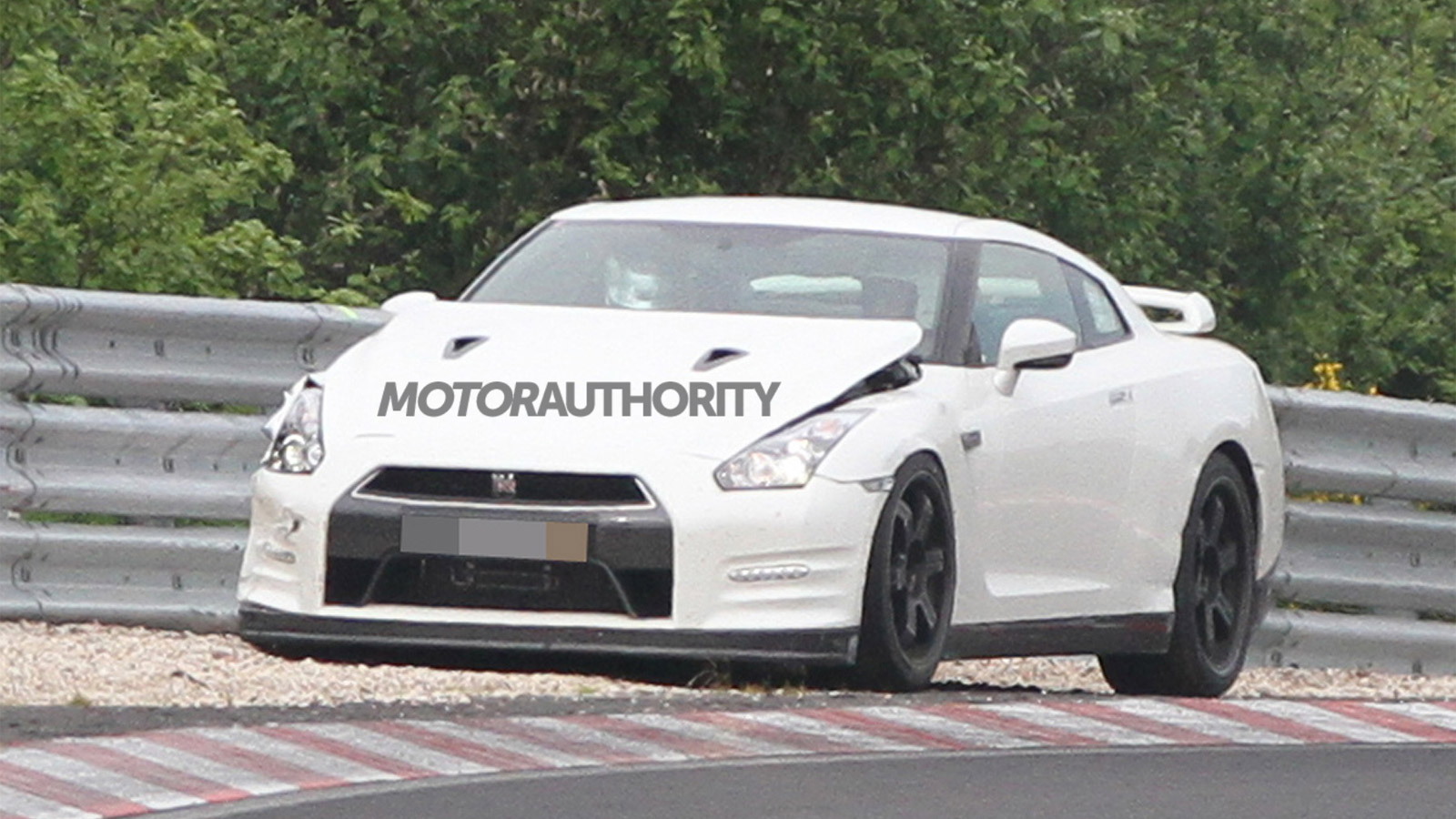 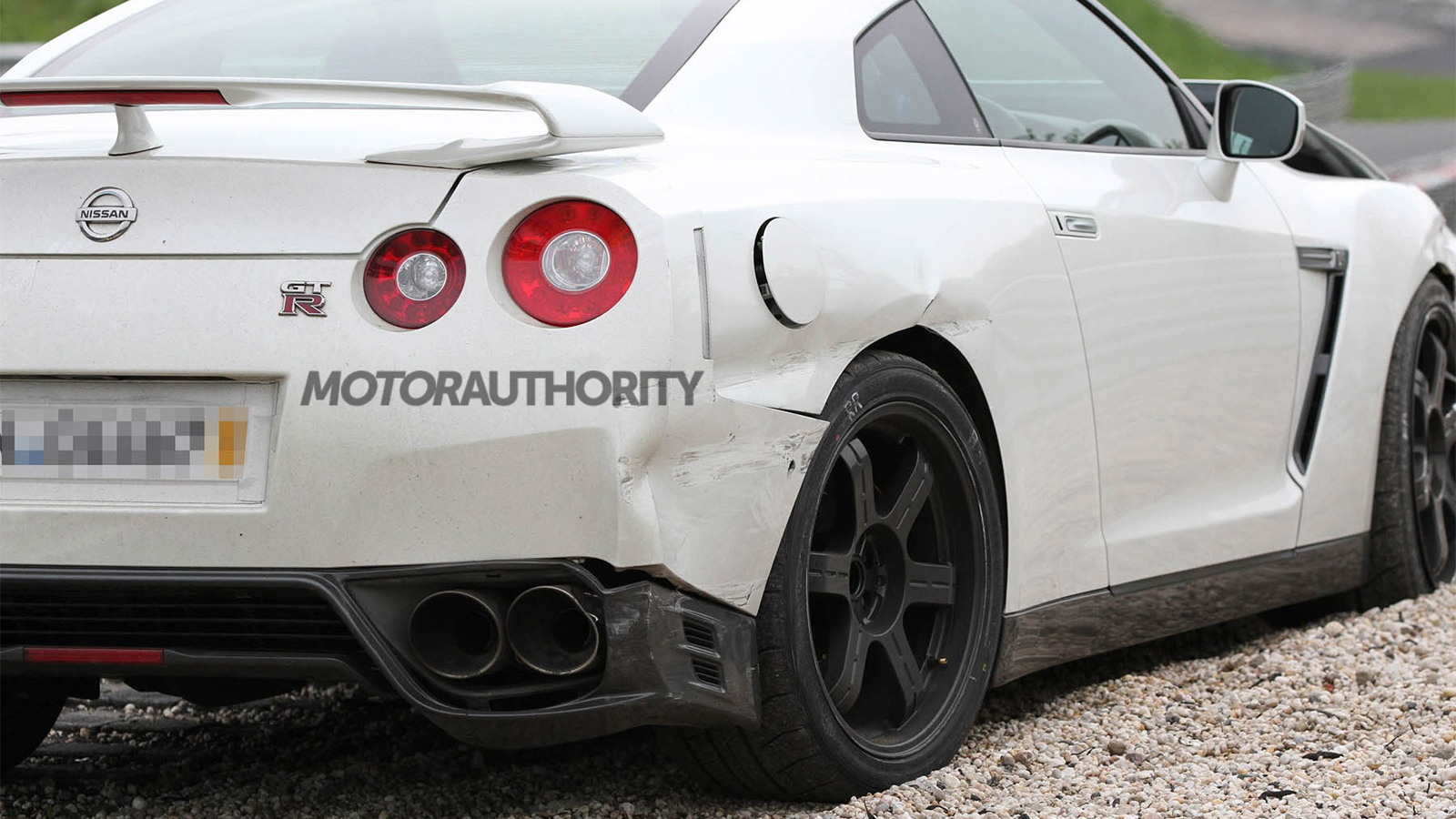 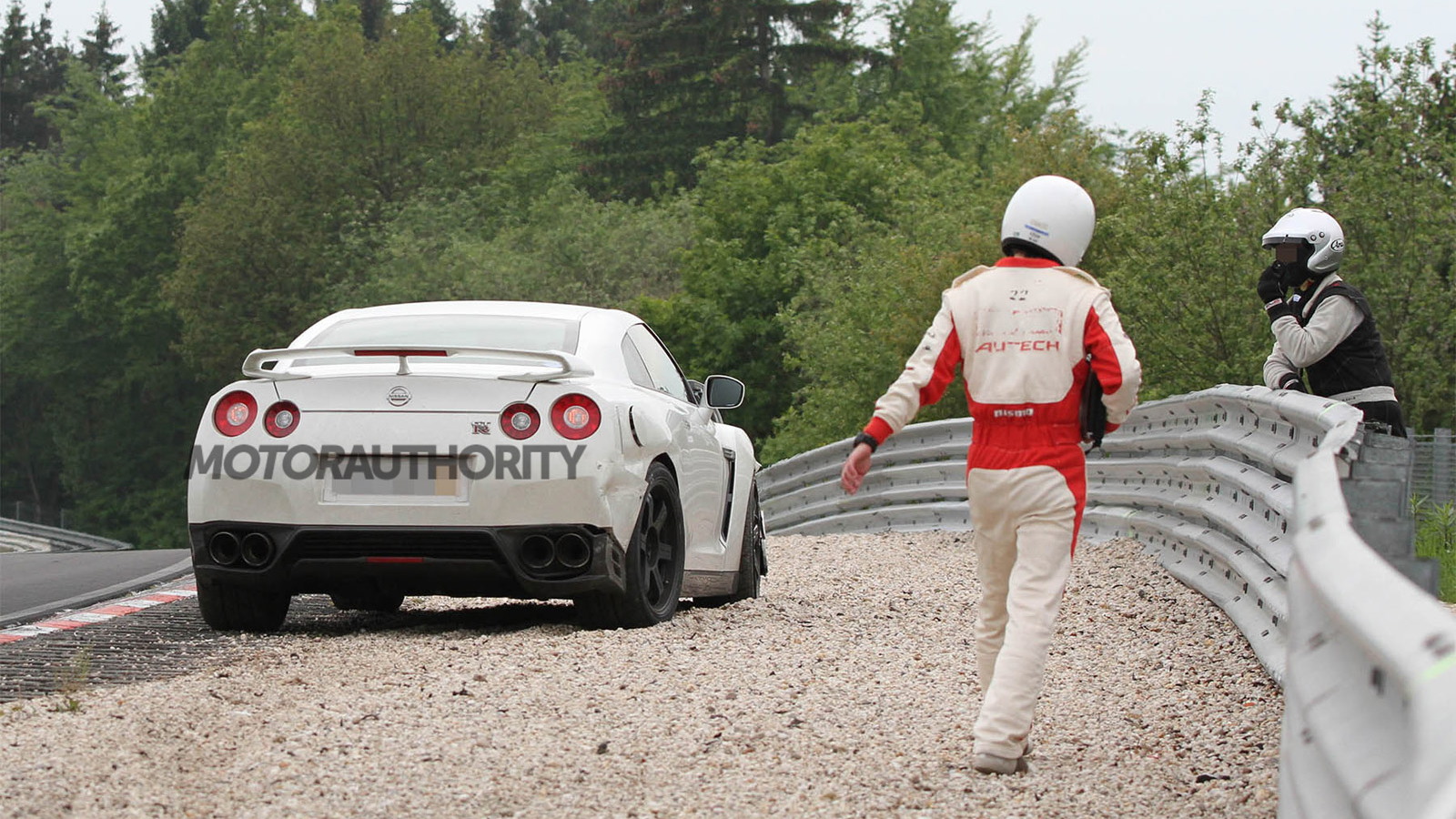 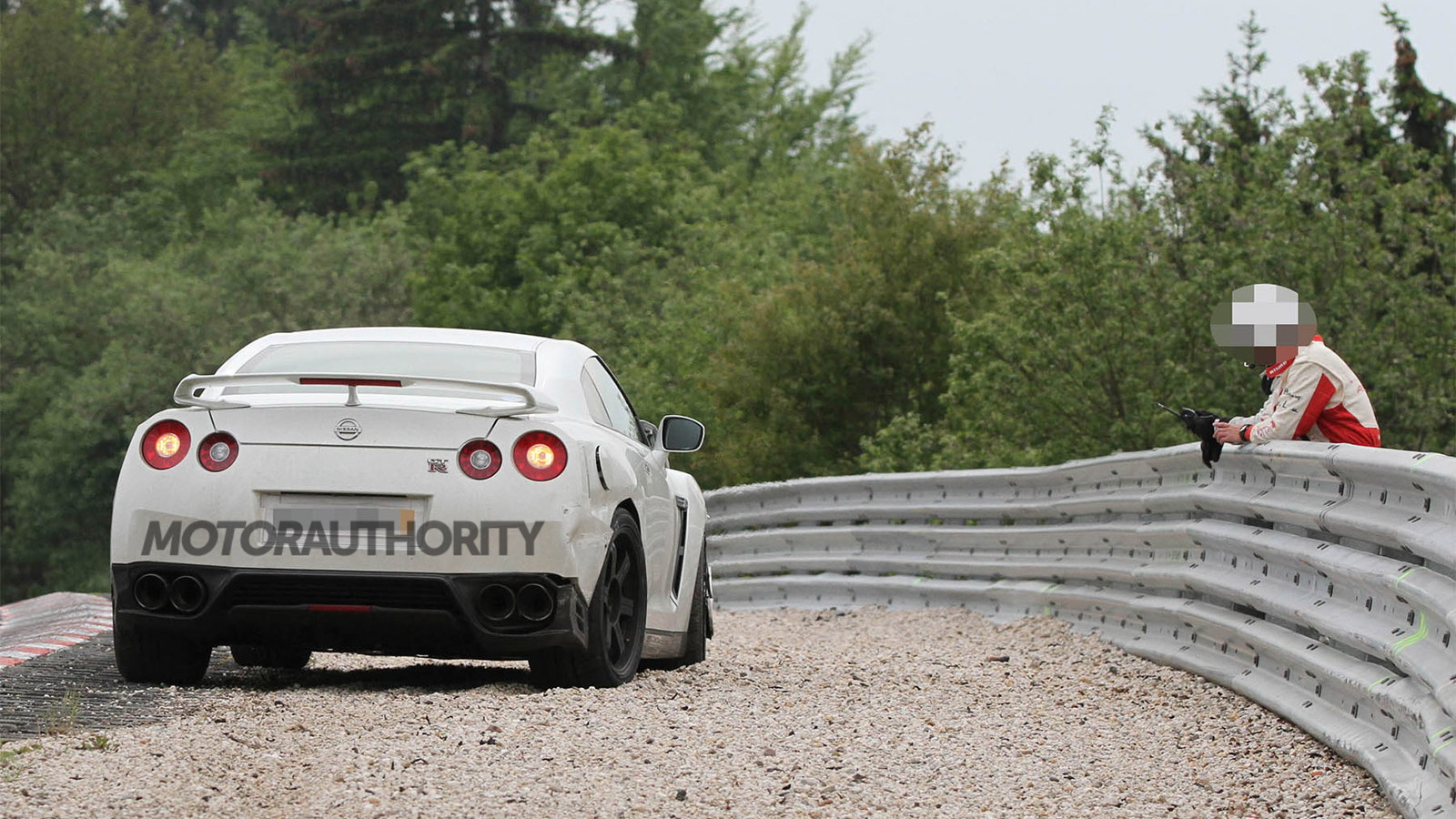 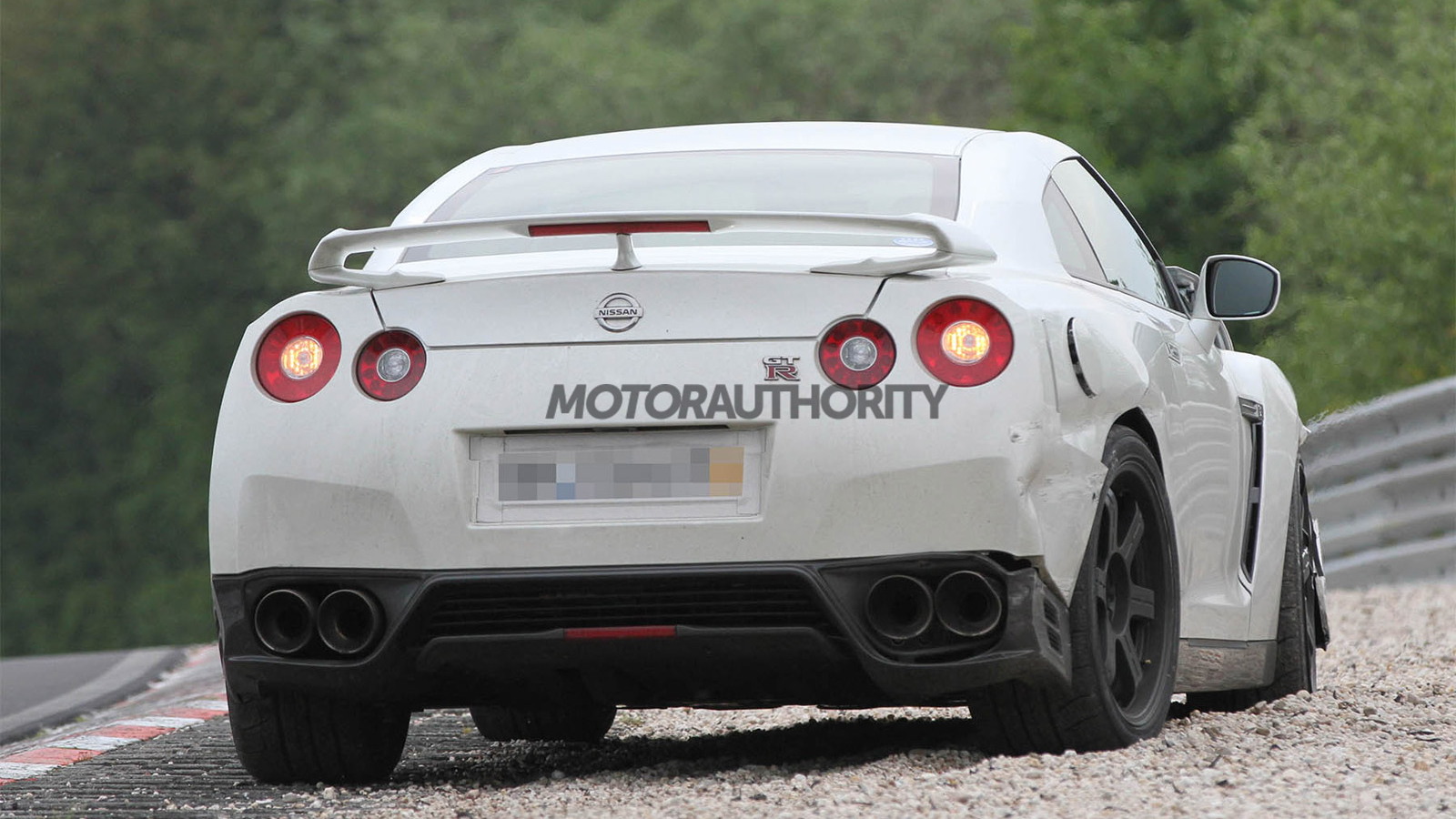 7
photos
The Nissan GT-R has just successfully completed its first Nürburgring 24 Hours outing in production trim, managing to finish first in its class and 30th overall in the grueling endurance race.

However, as these latest shots reveal, even on a relatively quiet day the Nürburgring race track can prove difficult to tame.

Pictured above is a 2013 Nissan GT-R used by Nissan for testing purposes.

While running some hot laps on the German circuit late yesterday, the driver of the GT-R lost control of the car when coming into a corner with too much speed. After running off the track, at an area known as the Schwalbenschwanz, the car eventually crashed into a barrier, causing the damage seen on its side.

Fortunately, the driver was able to walk away from the crash. However, we’re sure his ego will have suffered a few bruises.

While it’s unclear why Nissan is testing its GT-R so vigorously on the Nürburgring now that the race is over, it could be that the automaker is out to set an official time for the latest 2013 model. Currently, the 2013 Nissan GT-R only has an unofficial Nürburgring lap time of 7:21, which is stupidly fast for a car that starts at less than $100k but somewhat meaningless unless it’s official.

Note, the GT-Rs used during the Nürburgring 24 Hours were race-ready Club Track Editions that come equipped with stripped-out interiors, some minor aero mods and full roll cages. Their engines, transmissions and suspension, however, are all completely stock. The version involved in this crash appears to be a regular road-going model.