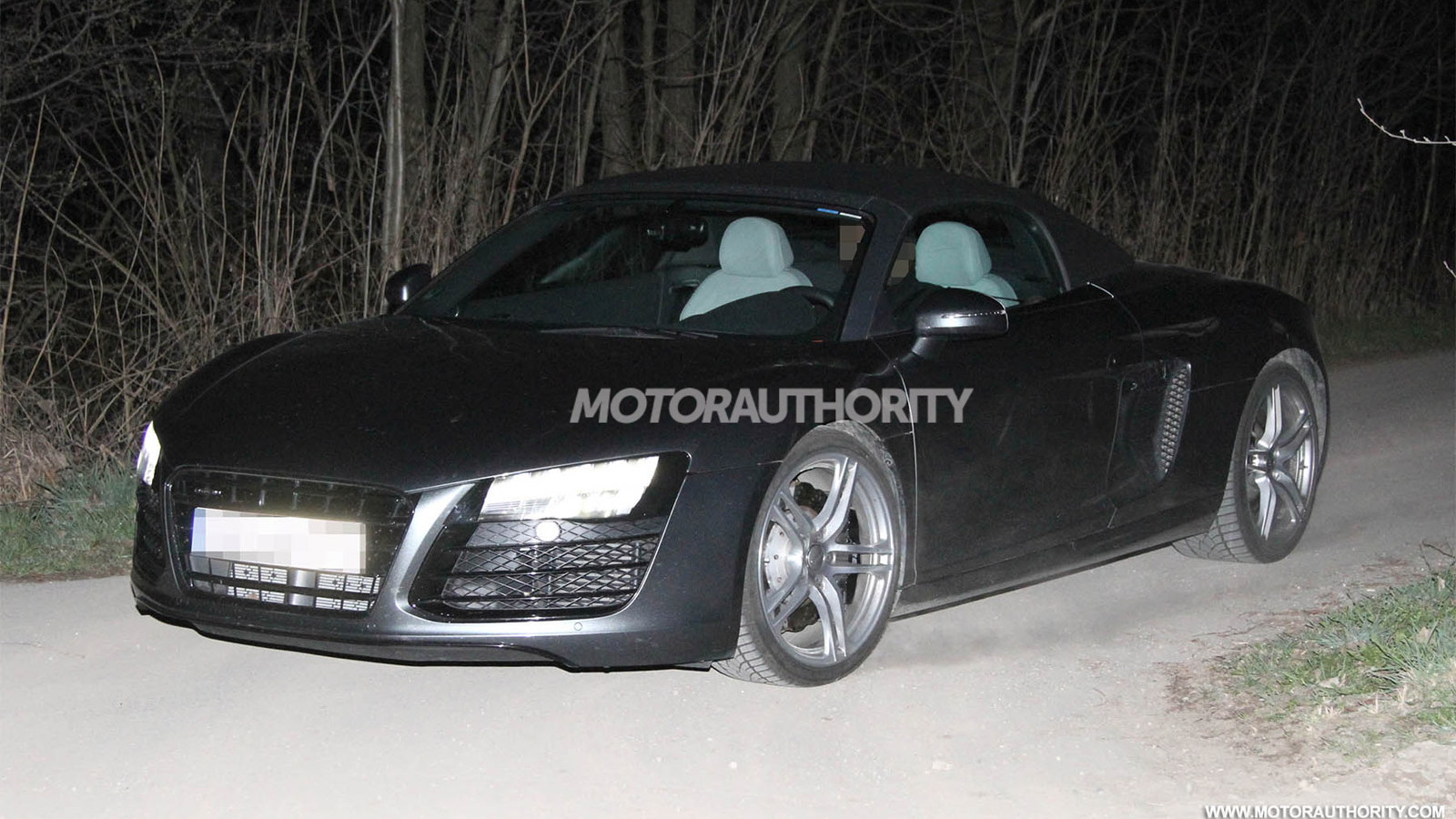 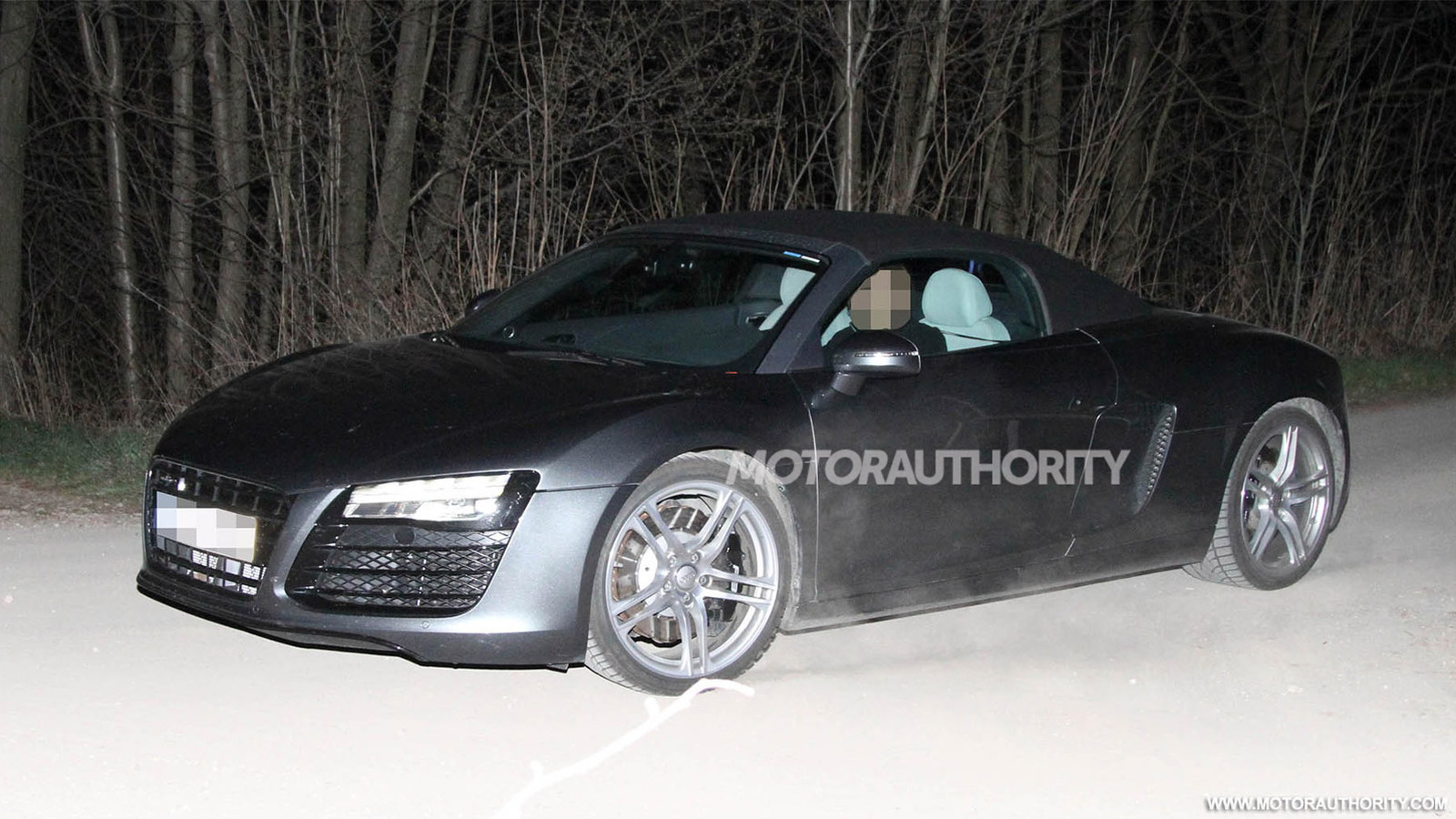 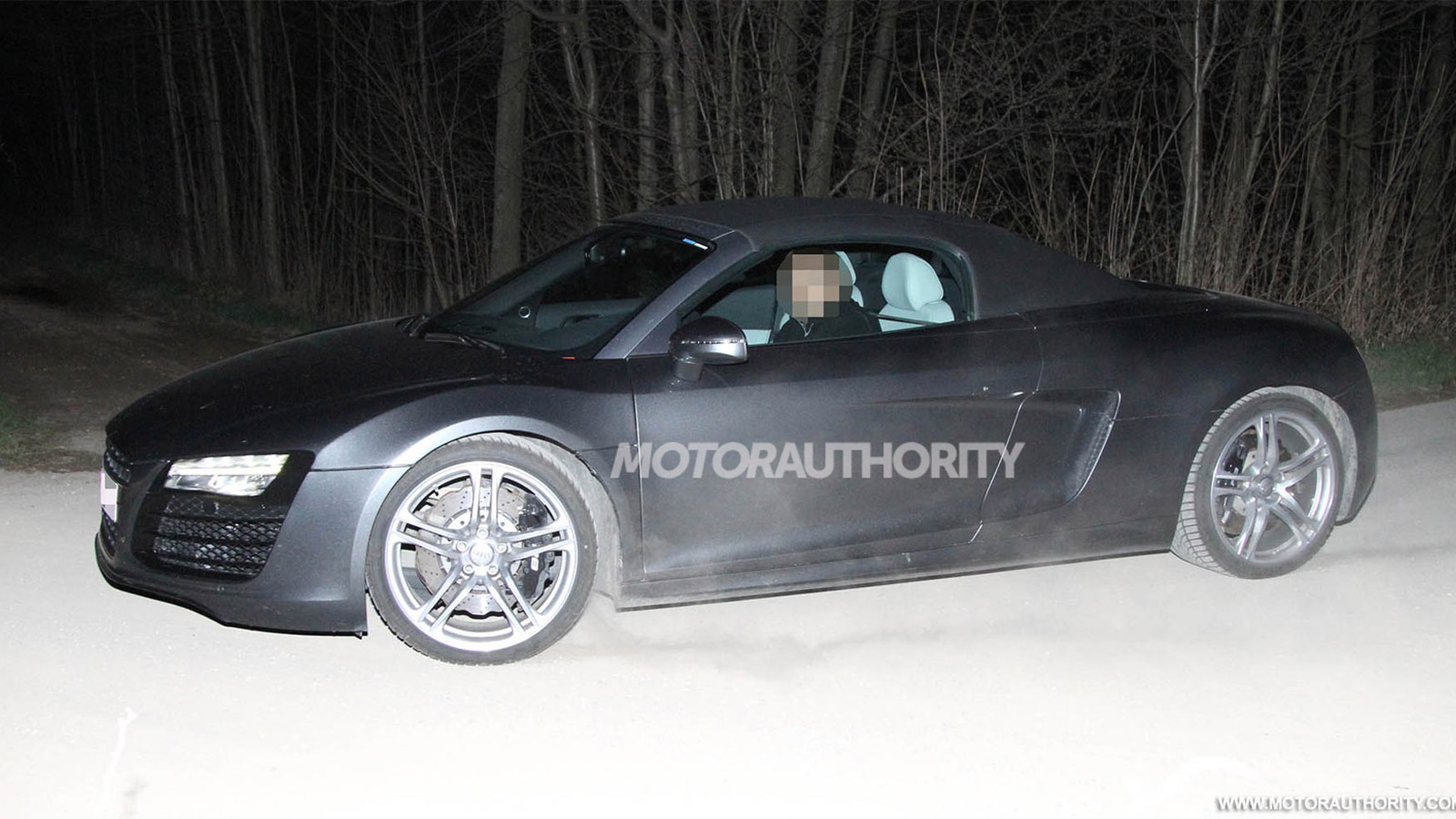 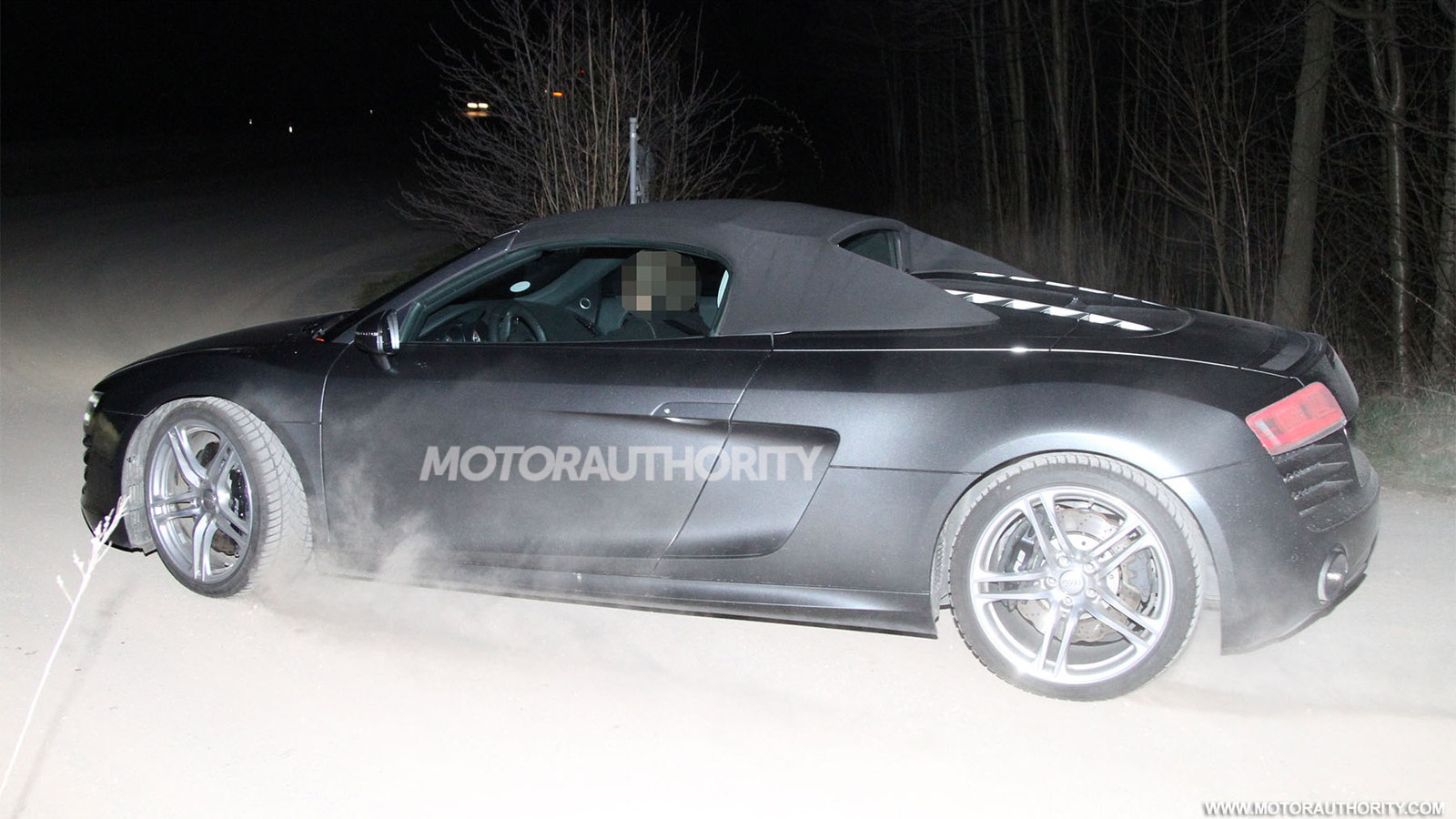 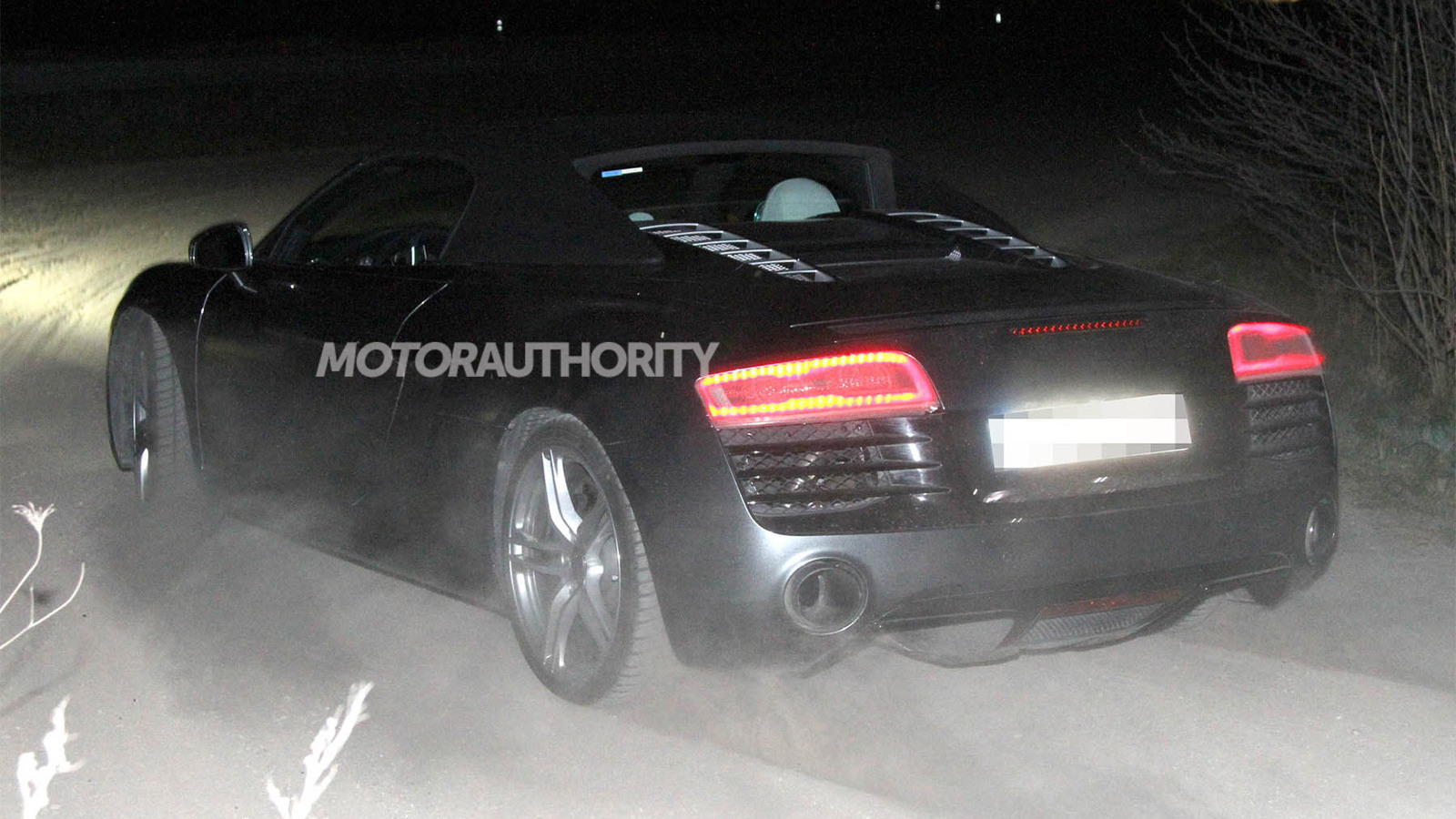 9
photos
Audi hasn’t kept its planned update of the R8 supercar much of a secret, even releasing a video with a glimpse of the new car during the R8’s fifth birthday celebration last month.

One of our spy photographers has now spotted a prototype for the updated R8 Spyder model, which is expected to be revealed alongside the updated coupe this September at the 2012 Paris Auto Show before going on sale at the end of the year as a 2013 model.

This will be the biggest update to the R8 since its launch back in 2006.

However, as a brand new model is only a couple of years out, Audi is keeping the changes to the current car minimal. It appears designers have only implemented minor tweaks on the outside.

We can clearly see revised headlights on this prototype, which in this case feature all-LED elements. The lights appear to feature a sharper look similar to what we saw on 2010’s e-tron Spyder Concept.

The bumper on this prototype has also been revised, as has the front grille. At the rear, the tail-lights are also revised and feature a different pattern for the LED detailing.

Audi should finally do away with its clunky R tronic sequential manual gearbox on this update, replacing it instead with an S tronic dual clutch arrangement. A pair of R8 prototypes spotted previously were believed to be running the dual clutch setup.

Other planned changes should include the latest MMI interface system in the cabin and slight output increases for both the V-8 and V-10 engines, with the latter likely seeing a rise from the current 525 horsepower to somewhere around 540 horsepower. Weight should go down, meanwhile, thanks to increased use of lighter material such as carbon fiber in the car’s construction.