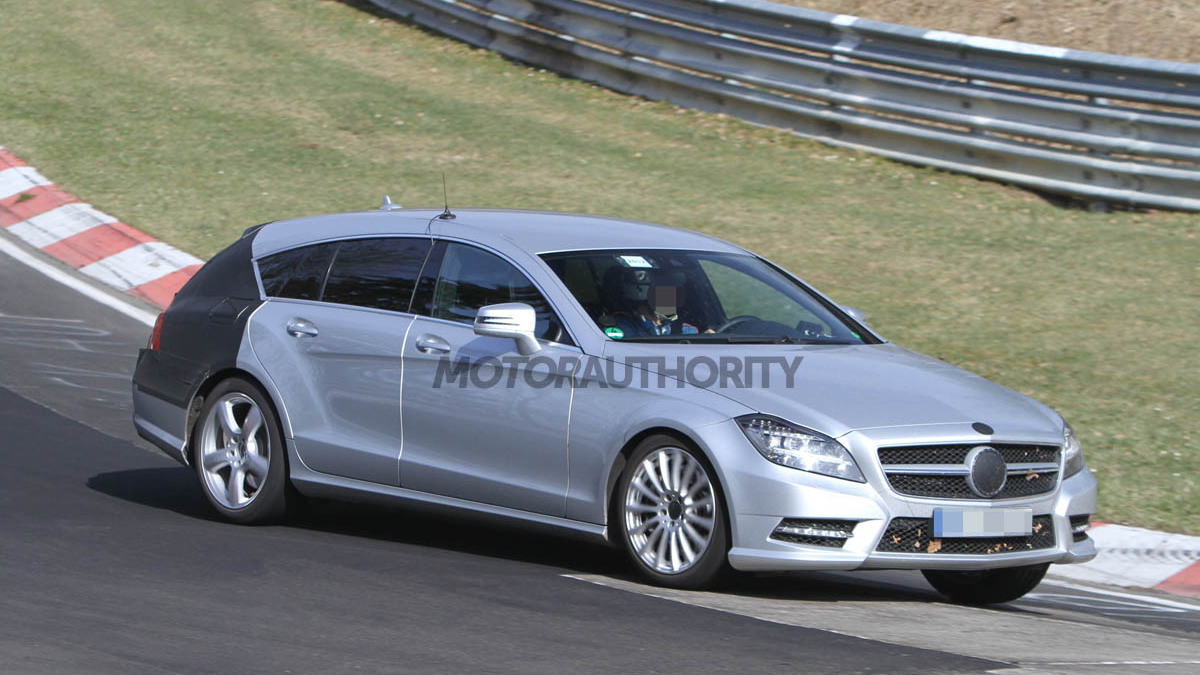 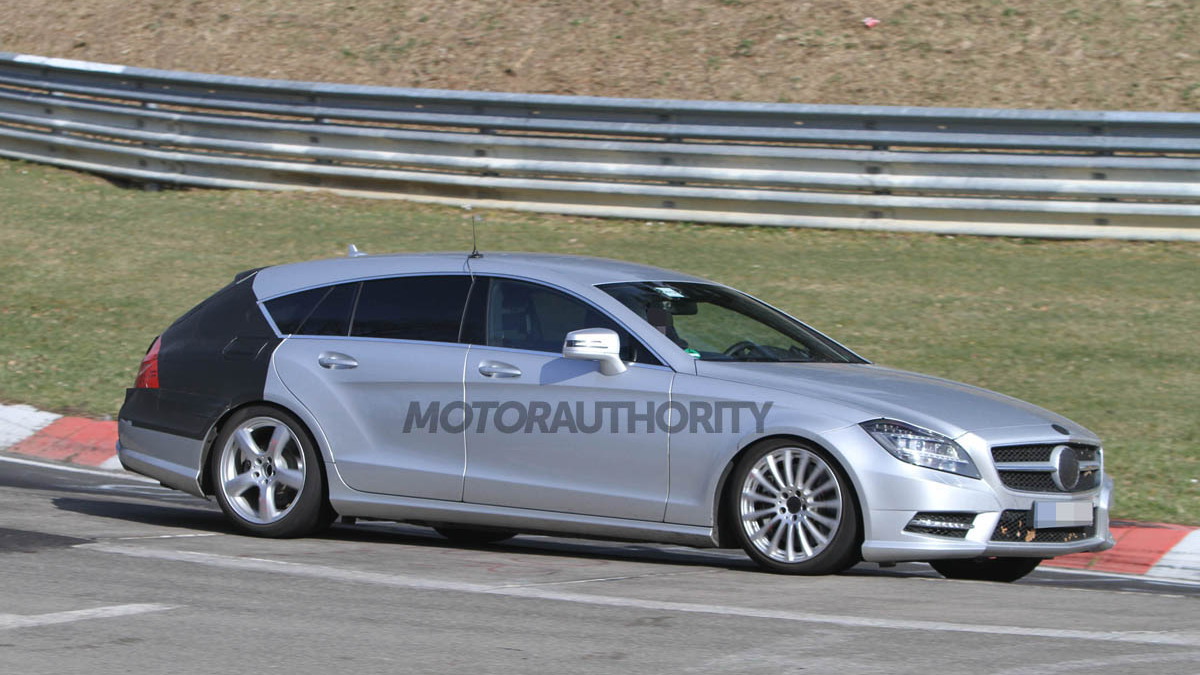 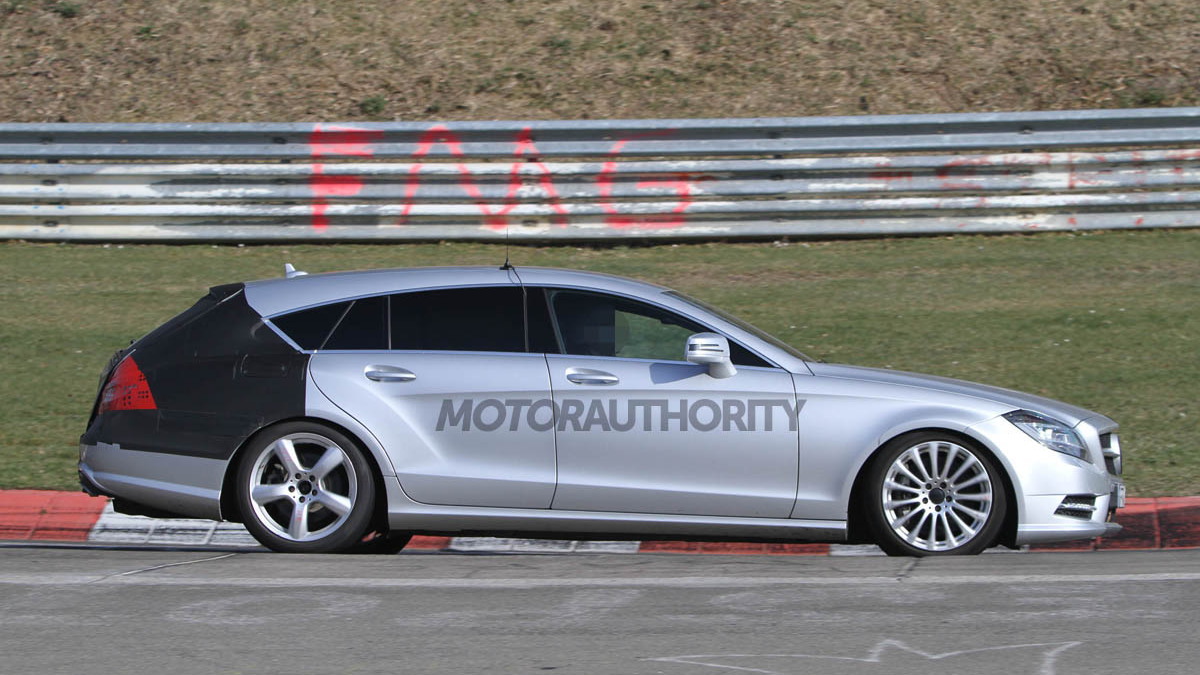 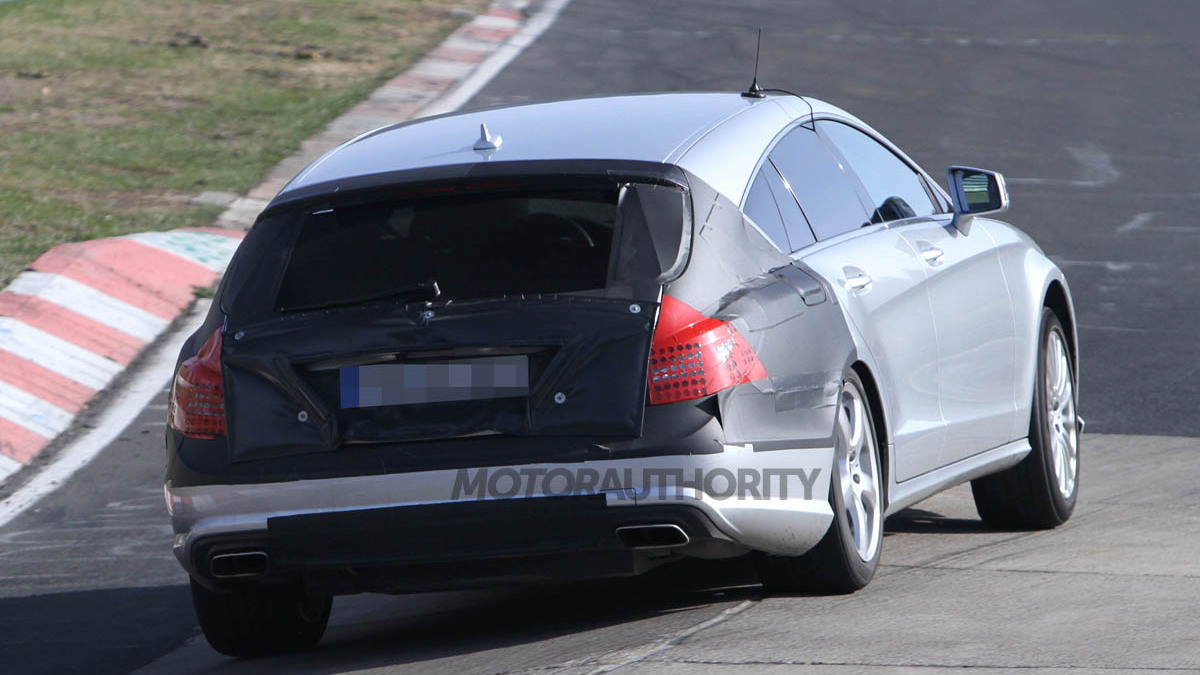 24
photos
Mercedes-Benz is working on a new ‘shooting brake’ version of its stylish CLS and captured here in our exclusive spy video is a barely disguised prototype for the upcoming car, caught while it was undergoing high-speed testing at the Nürburgring race track in Germany.

Given the prototype’s almost production-ready look, we could be seeing the car formally unveiled in the very near future, possibly later this month at the 2012 Beijing Auto Show or at September’s 2012 Paris Auto Show.

With four doors and a rear cargo area, the CLS Shooting Brake is more of an estate/wagon than a true shooting brake, which is typically a two-door, extended-rear, coupe-based car.

Nevertheless, we’re glad to see that Mercedes' design team has stayed true to the gorgeous lines of 2010’s CLS Shooting Brake concept, guaranteeing that this new model will be one of the hottest cars on sale when it finally hits showrooms.

Look out for the new Mercedes-Benz CLS Shooting Brake in showrooms around the end of the year, most likely as a 2013 model.

Note, this isn’t the only shooting brake Mercedes-Benz may be planning. A version based on the smaller ‘CLC’ four-door coupe is reported to be in the works as well.