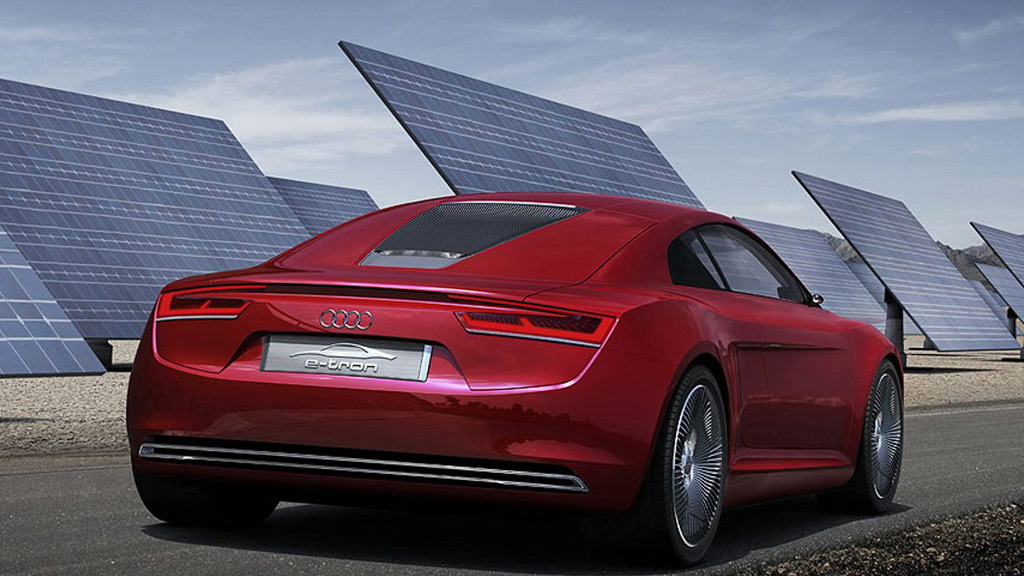 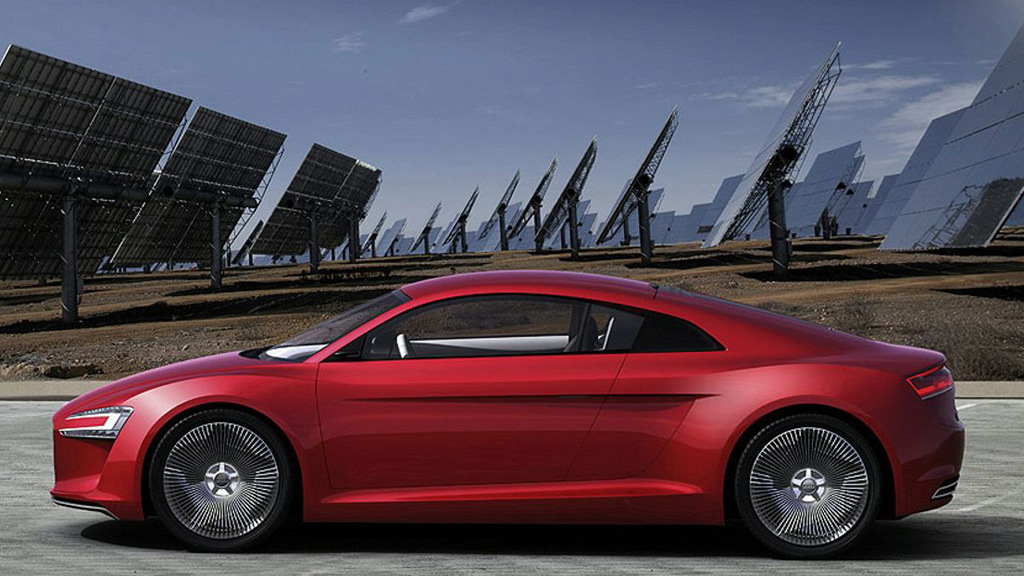 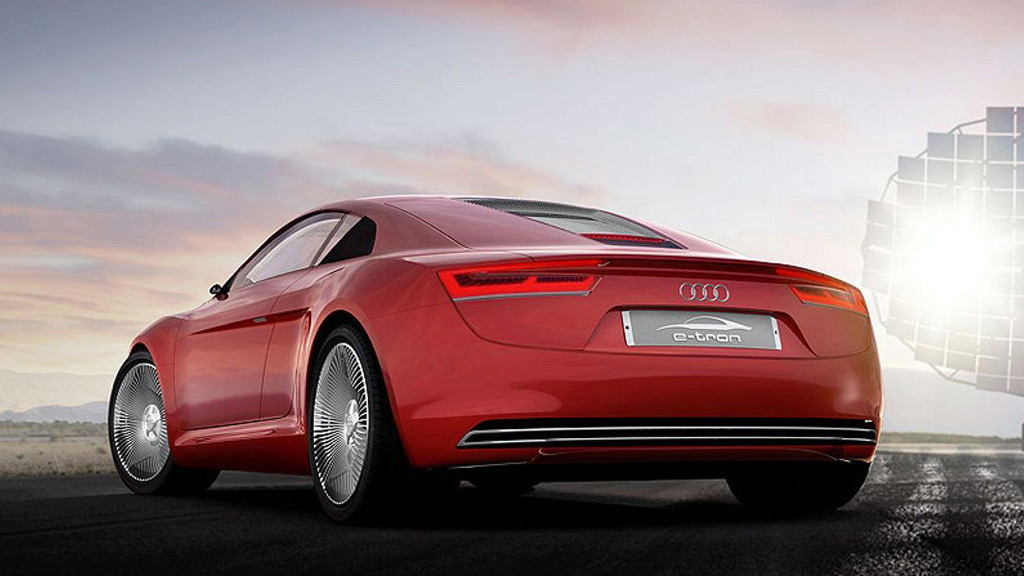 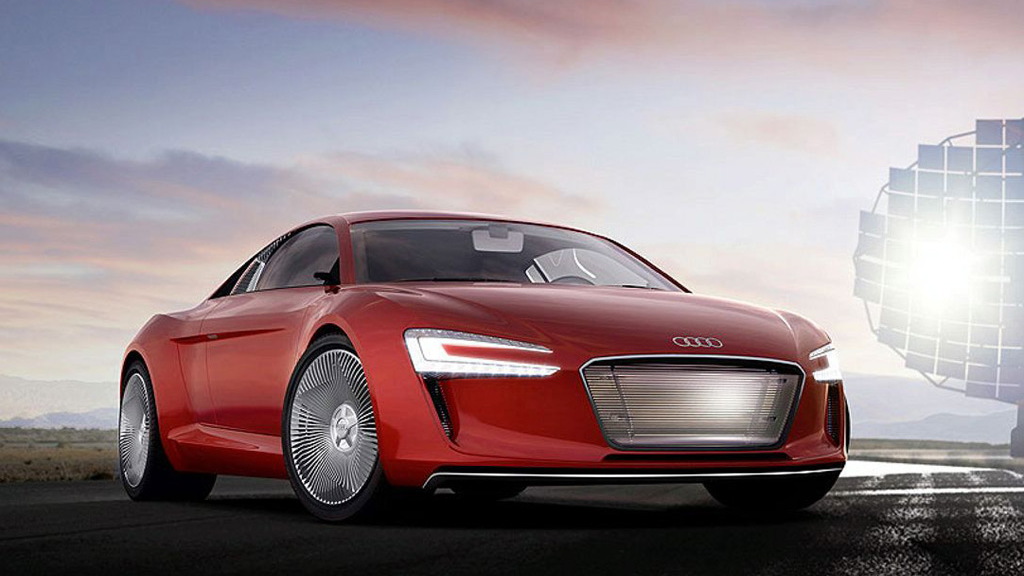 Audi’s electric R8 has been revealed and its name is E-Tron. Set to go head-to-head with similar ecological concepts from closest rivals BMW and Mercedes-Benz, the new e-Tron will have its work cut out for it at this week’s 2009 Frankfurt Auto Show and on initial inspection it looks like it has what it takes.

In the past couple of weeks Audi has teased us with a special website and some trailer videos all featuring a central theme of electrical power and now we can clearly see why.

Four motors--two each at the front and rear axles--drive the wheels, making the concept car a true quattro all-wheel drive. Producing 313 horsepower and 3,319.03 pound-feet of torque, the two-seater accelerates from 0-62 mph in 4.8 seconds, and from 37-75 mph in 4.1 seconds. The top speed is limited 124.27 mph, as the amount of energy required by the electric motors increases disproportionately to speed.

An array of lithium-ion batteries provides an energy content of 42.4 kilowatt hours to enable a range of approximately 154 miles. As John Voelcker over at Green Car Reports points out, charging time on standard 230-Volt European power lines is about 6-8 hours, but high-voltage charging can cut that to just 2.5 hours.  The batteries weigh about 1,000 pounds together with the inverter and other control electronics, bringing the car's total weight up to 3,530 pounds, distributed in a classic mid-engine balance of 42 percent over the front axle, 58 percent over the rear.

The E-Tron is able to freely distribute the powerful torque of its four electric motors to the wheels as required. This so-called torque vectoring allows for impressive dynamics and handling ability. Further improving handling is the location of the battery directly behind the passenger cabin for an optimal center of gravity and axle load distribution.

Furthermore, Audi has taken a new approach to many of the technical modules. A heat pump is used to efficiently warm up and heat the interior. The drive system, the power electronics and the battery are all controlled by an innovative thermal management system that is a crucial component for achieving the car’s range without compromising its high level of interior comfort. Lastly, networking the vehicle electronics with the surroundings, which is referred to as car-to-x communication, opens new dimensions for the optimization of efficiency, safety and convenience.

Obvious differences to the standard R8 sports car on which it’s based include the concealed bodywork, a unique grille, a custom interior, new LED headlights and a special red paint scheme.