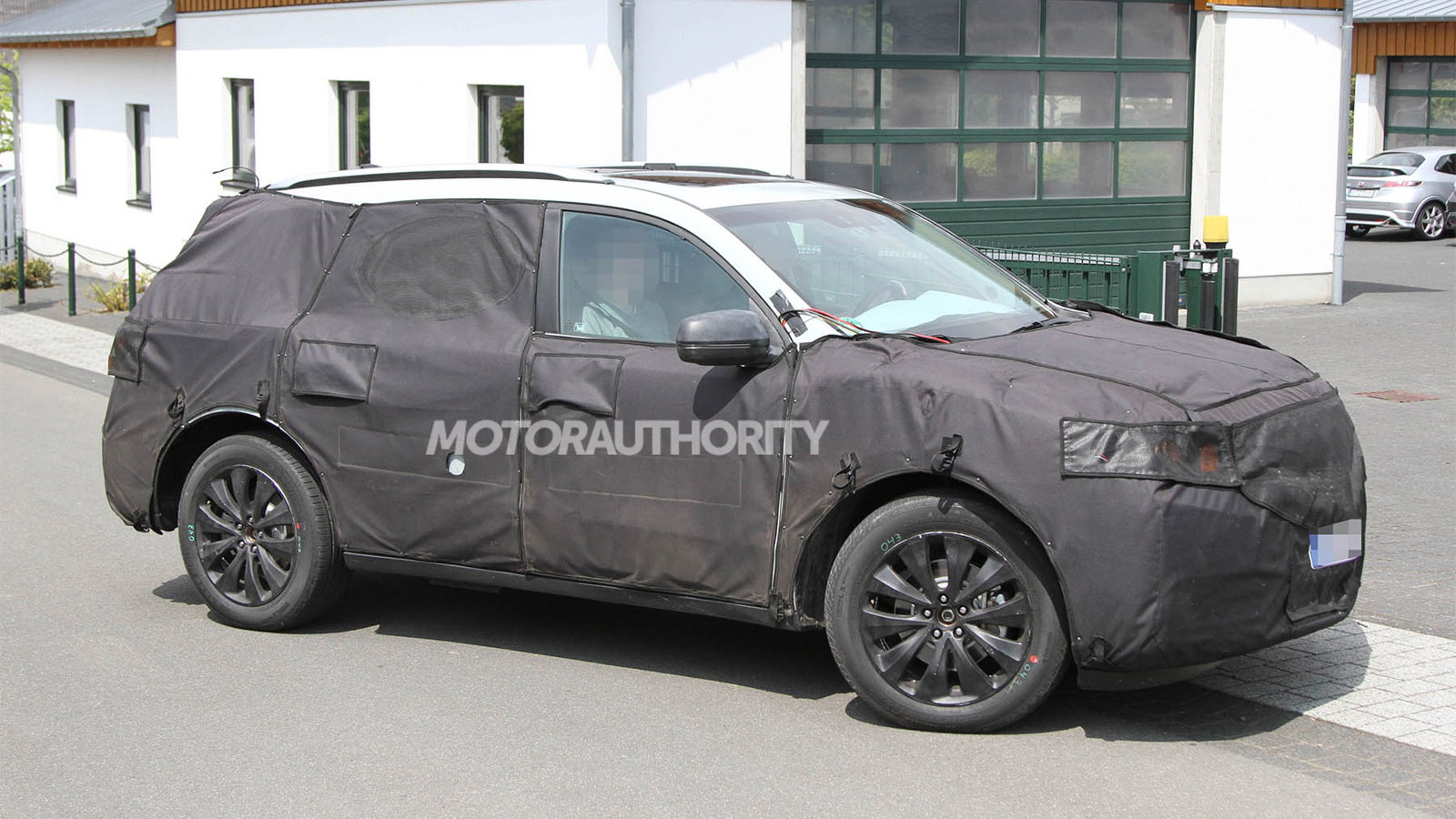 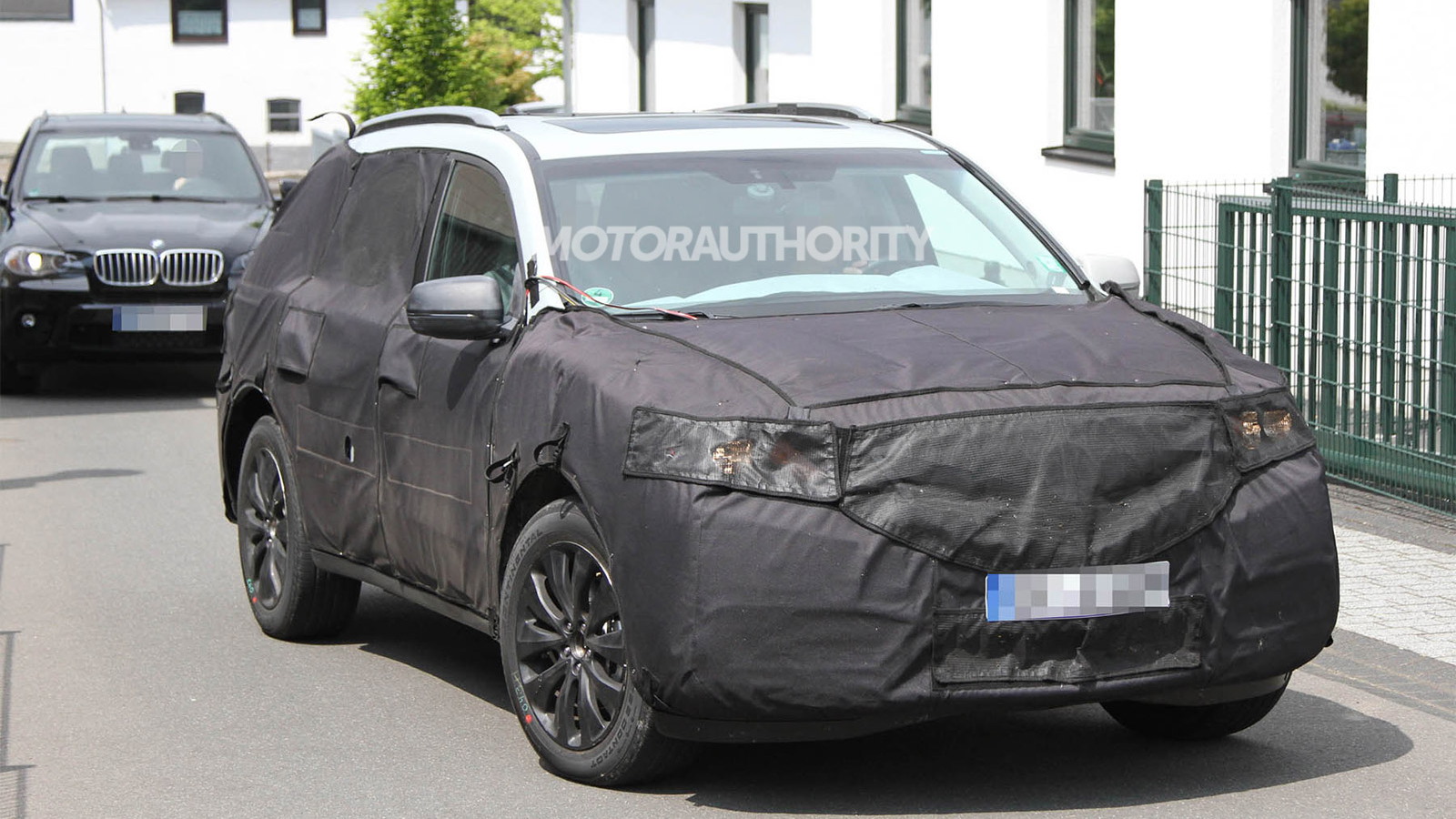 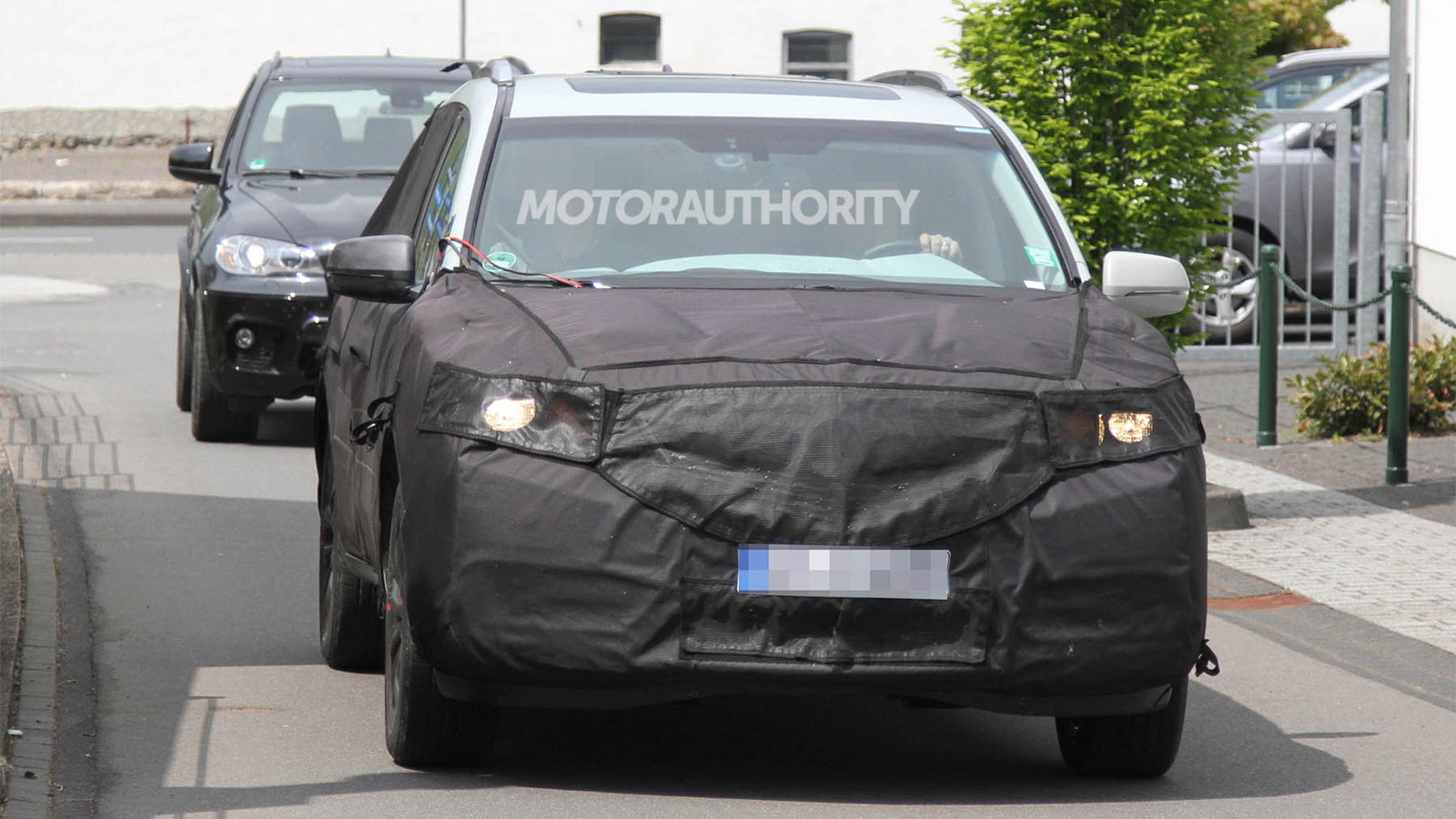 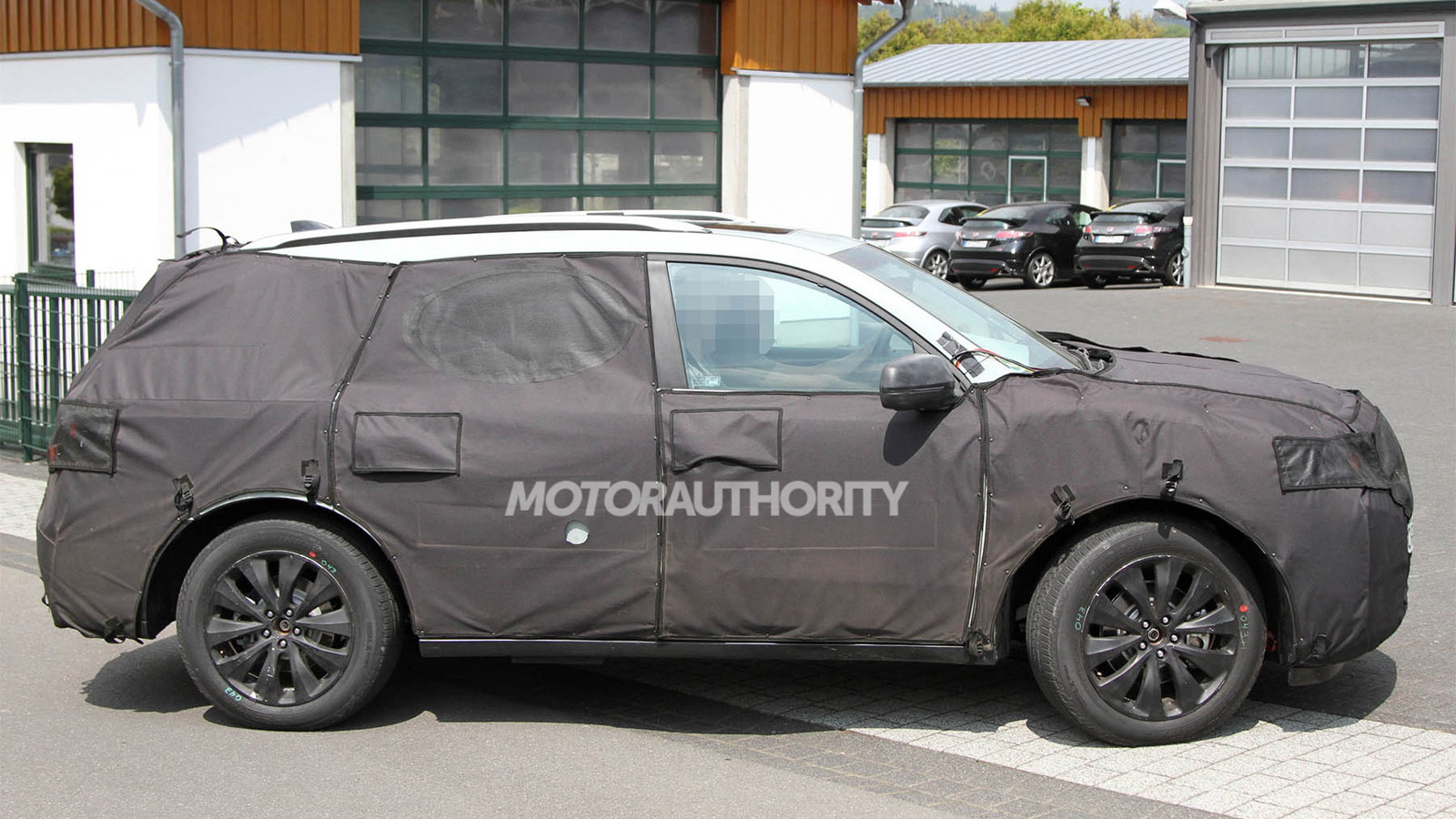 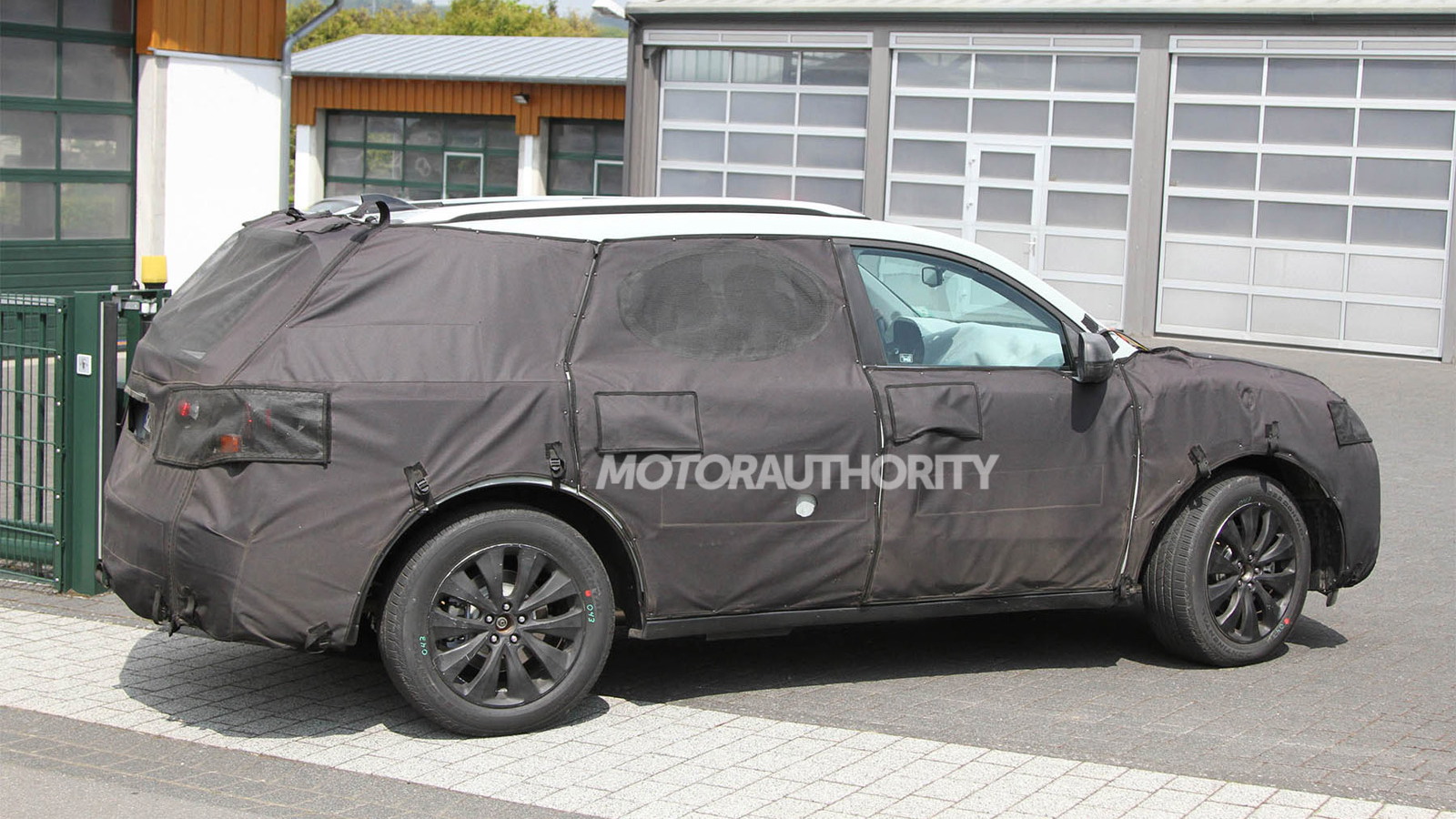 10
photos
Acura is out testing its next-generation MDX luxury crossover on public roads and we’ve managed to scoop a prototype running around the Nürburgring and on some of the German race track’s surrounding streets.

The new MDX is expected to land in showrooms in the second half of 2013, which would make it a 2014 model.

It will bring with it a vast array of new technologies and what appears to be a more streamlined shape to help fend of rivals like the BMW X5, Buick Enclave and Lexus RX

Though camouflaged, it appears the MDX will be sharing a number of styling cues previewed by the recent 2013 RLX Concept, which it itself previews the upcoming replacement for the Acura RL flagship sedan. We can make out what appears to be a sharper bumper on this MDX prototype as well as a typical shield-shaped grille.

Styling cues won’t be the only thing shared between the 2013 RLX and the 2014 MDX, as both vehicles should share a powertrain lineup as well.

The base model is tipped to feature a direct-injected 3.5-liter V-6 matched to a seven-speed dual-clutch transmission. Output should eclipse the 300 horsepower and 270 pound-feet of torque found in the outgoing MDX.

The hybrid range-topper, if built, will feature the same V-6 engine matched to an electric motor and dual-clutch transmission, with both power sources driving a single axle.

The alternate axle will be powered by another two electric motors working independently and directing torque as required to benefit handling. The setup would allow multiple driving modes, including electric- or gas-only modes, plus a hybrid mode calling on both electric and gas power and offering all-wheel drive capability.

Look out for the reveal of the 2014 Acura MDX at a major American auto show early next year.