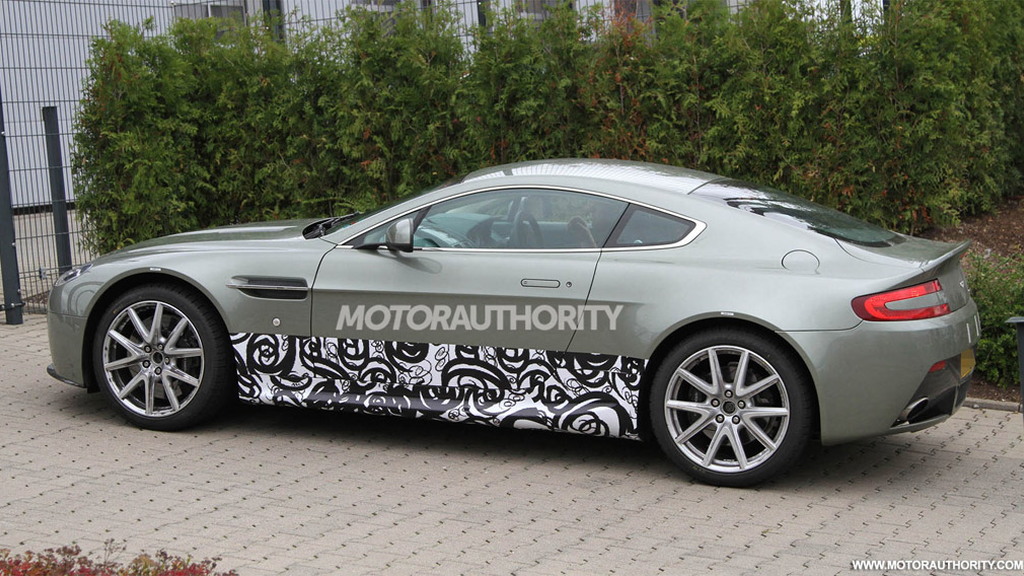 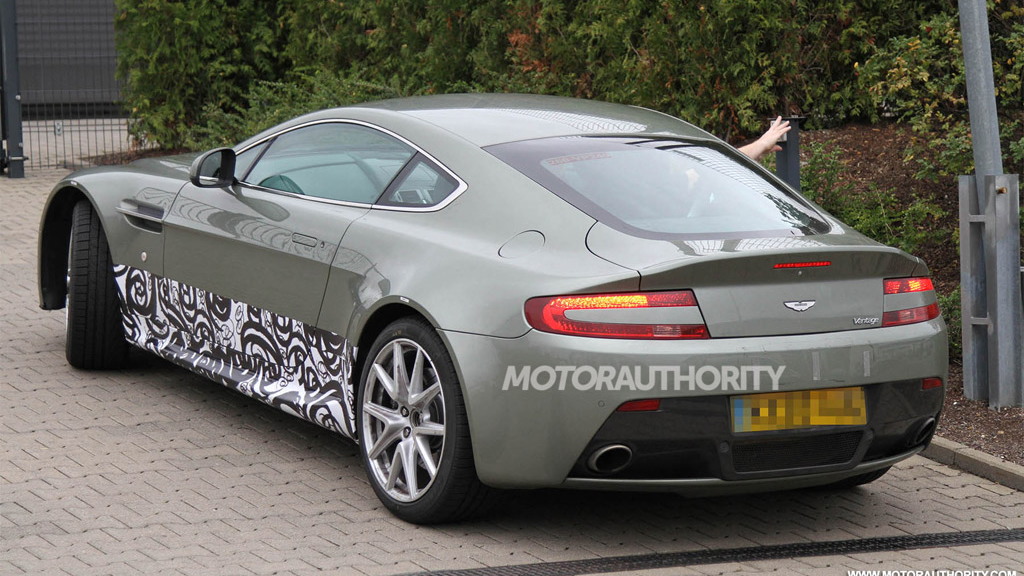 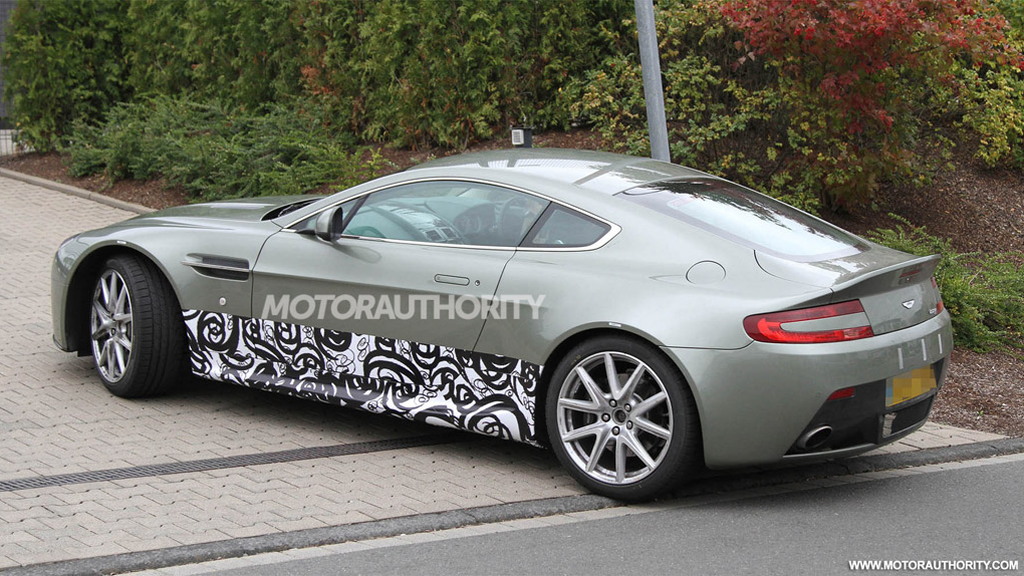 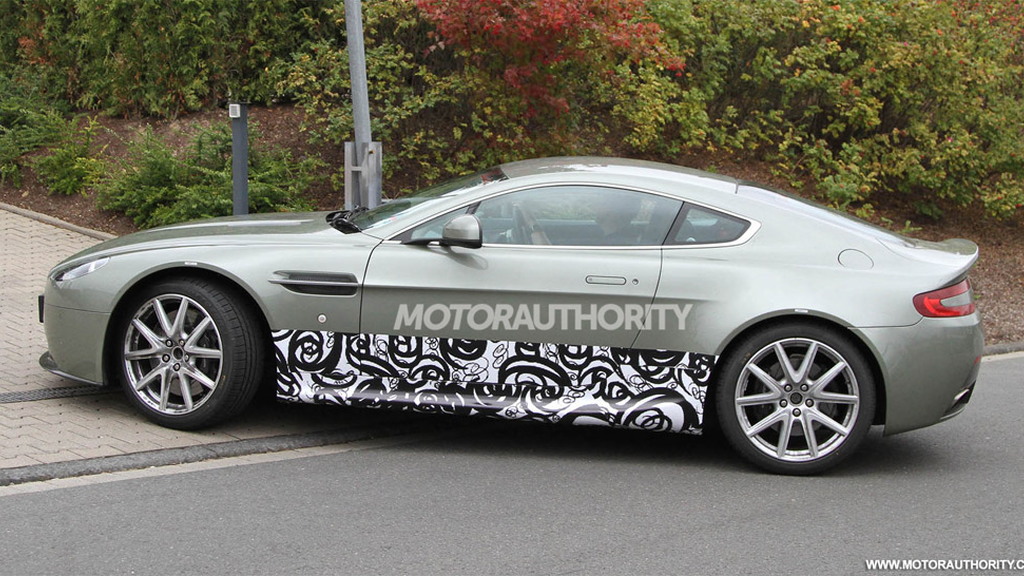 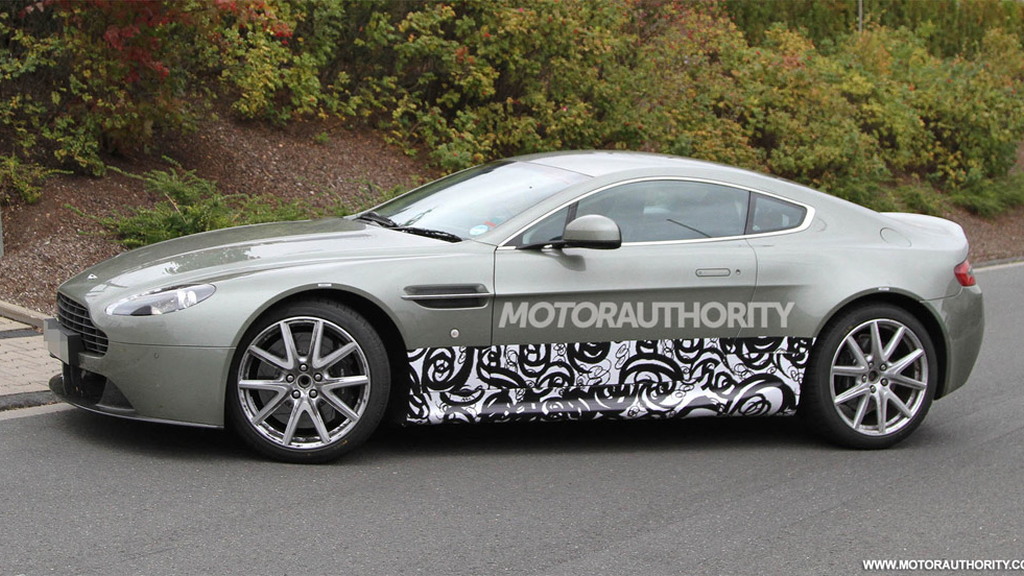 7
photos
With or without a partnership with Daimler, redesigned versions of both the DB9 grand tourer and Vantage sports car are deep in development at Aston Martin.

The new DB9, spy shots of which we've already seen, will be first out of the blocks, with a late 2012 or early 2013 reveal expected.

Then it’s the Vantage’s turn for a makeover, with the new car most likely arriving in time for the 2014 model year.

Today we have the first spy shots of a test-mule for the new Vantage, with camouflage gear only used to hide what appears to be a wider side skirt. Not only could this be to test underbody aerodynamics, but it may also be hiding some changes to the chassis.

The minimal changes to the test-mule make sense as we’re only in the very early stages of the development phase for the new Vantage, however, it could suggest something we’ve been expecting for a while now.

A lack of funds could mean that the new 2014 Aston Martin Vantage is more of a facelift rather than a completely new model.

In fact, most reports suggest the venerable bonded and riveted VH aluminum platform underpinning Aston Martin’s entire lineup (not including the limited edition One-77 supercar) will be revamped for the new Vantage as well as the DB9 successor, along with the current engine offerings.

What does that mean for the new Vantage? First and foremost the VH platform should be made significantly lighter in order to improve acceleration, braking, handling and gas mileage. Engineers are reportedly looking at a 10-15 percent weight loss for the new Vantage, which could mean up to 350 pounds shed from the current model’s mass.

More power should also be on the table, with the current 4.7-liter V-8 and 6.0-liter V-12 engines remaining but undergoing a major overhaul to not only produce more power but also fewer emissions. There has been some talk of a return to six-cylinder engines at Aston Martin, but apart from some hints from CEO Dr. Ulrich Bez there haven't been any other details suggesting it.

Styling will only be tweaked slightly (who's going to complain?), with the Vantage’s current proportions remaining largely unchanged. Expect a crisper overall look with sharper creases, sculpted flanks and a similar grille to the one used on the One-77. You can bet Italian design house Zagato will play a significant role in shaping the car's new look.