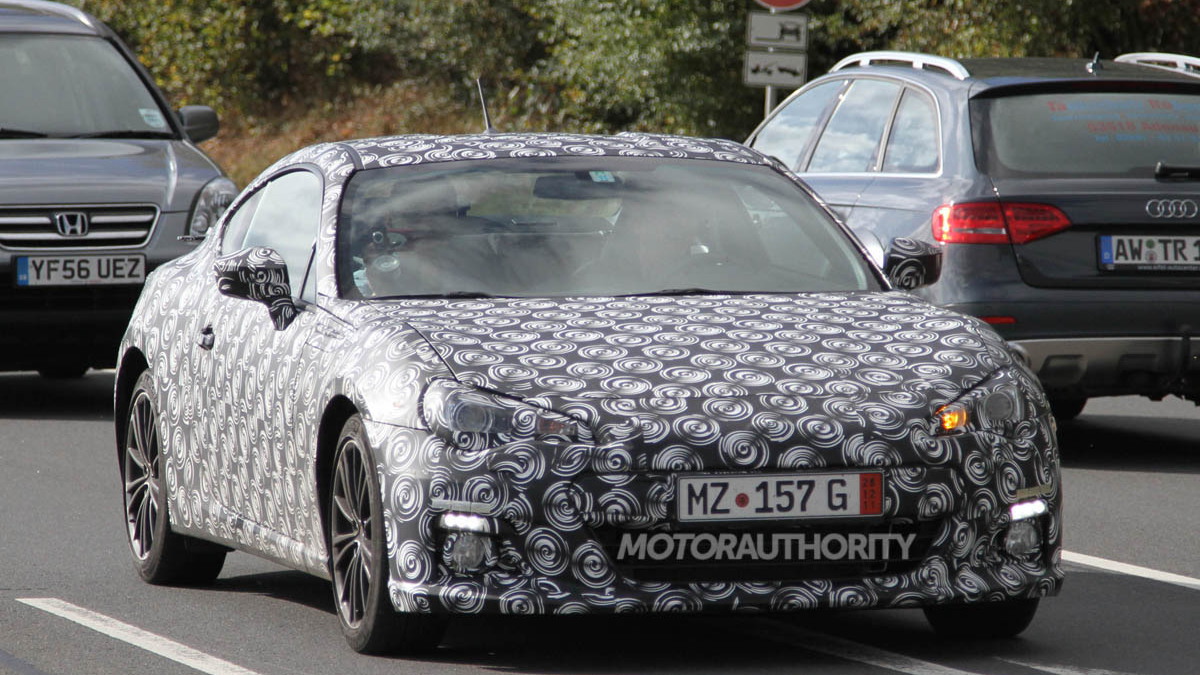 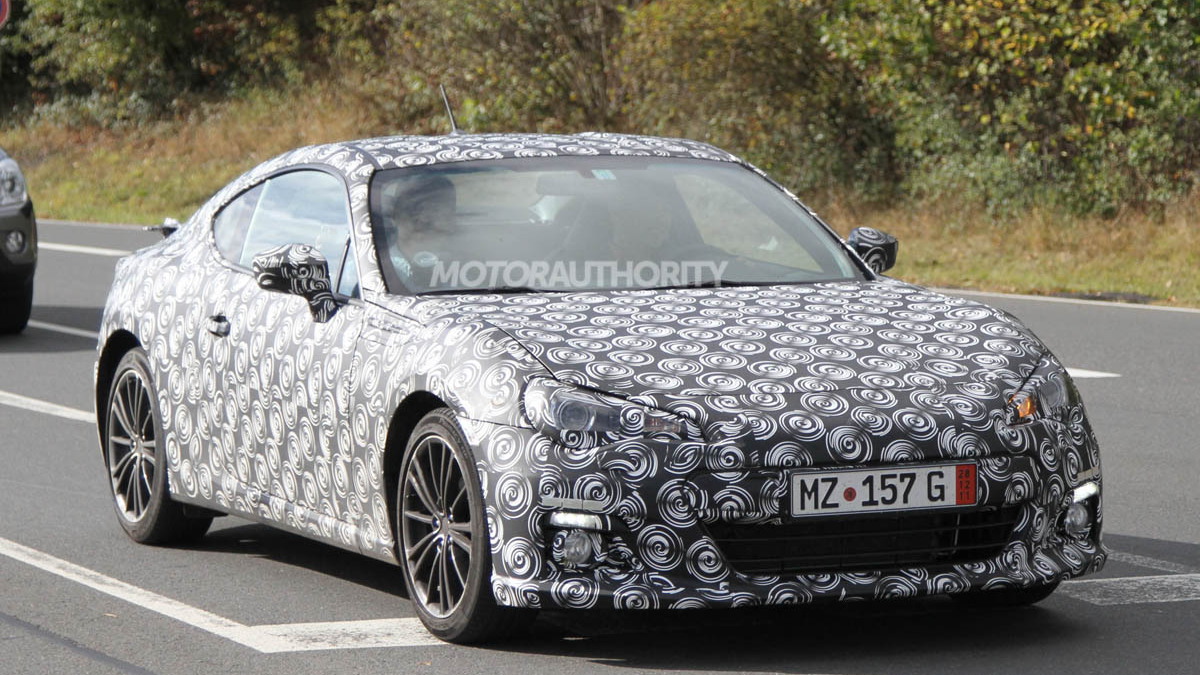 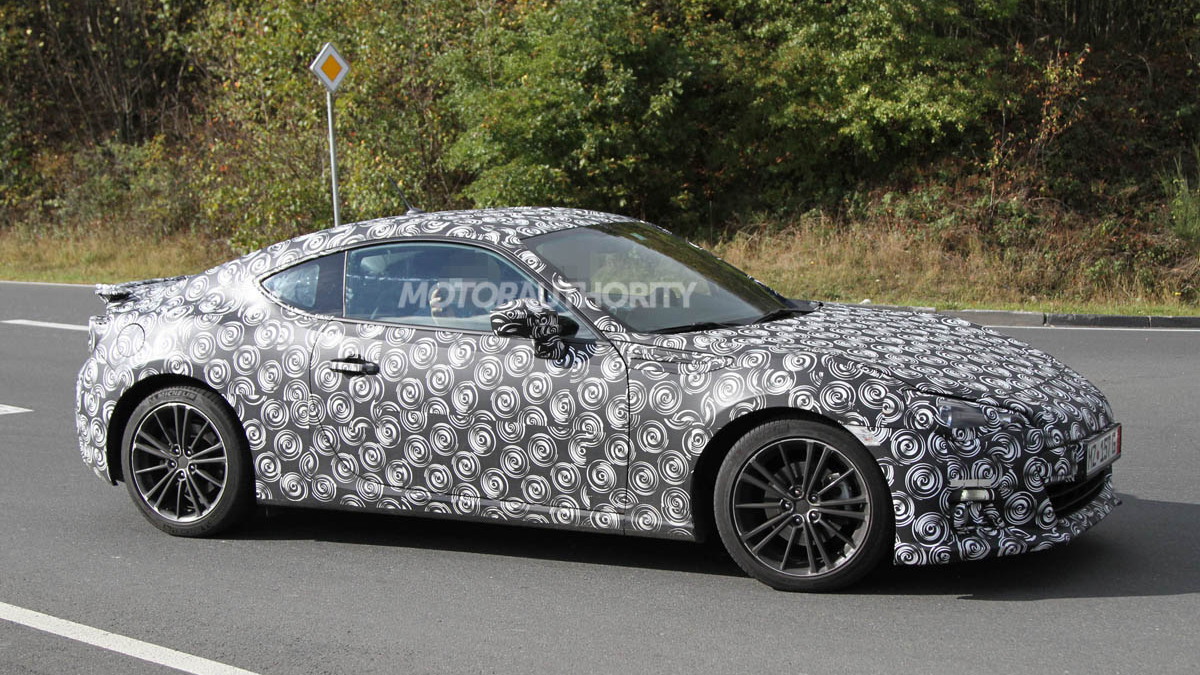 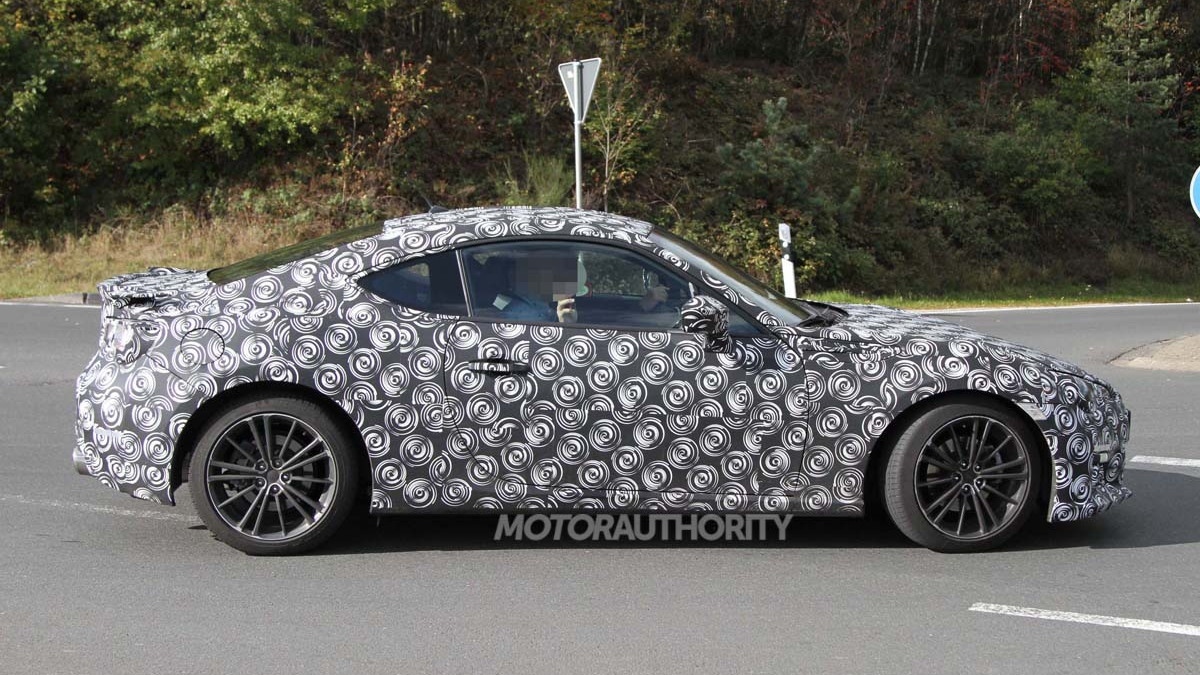 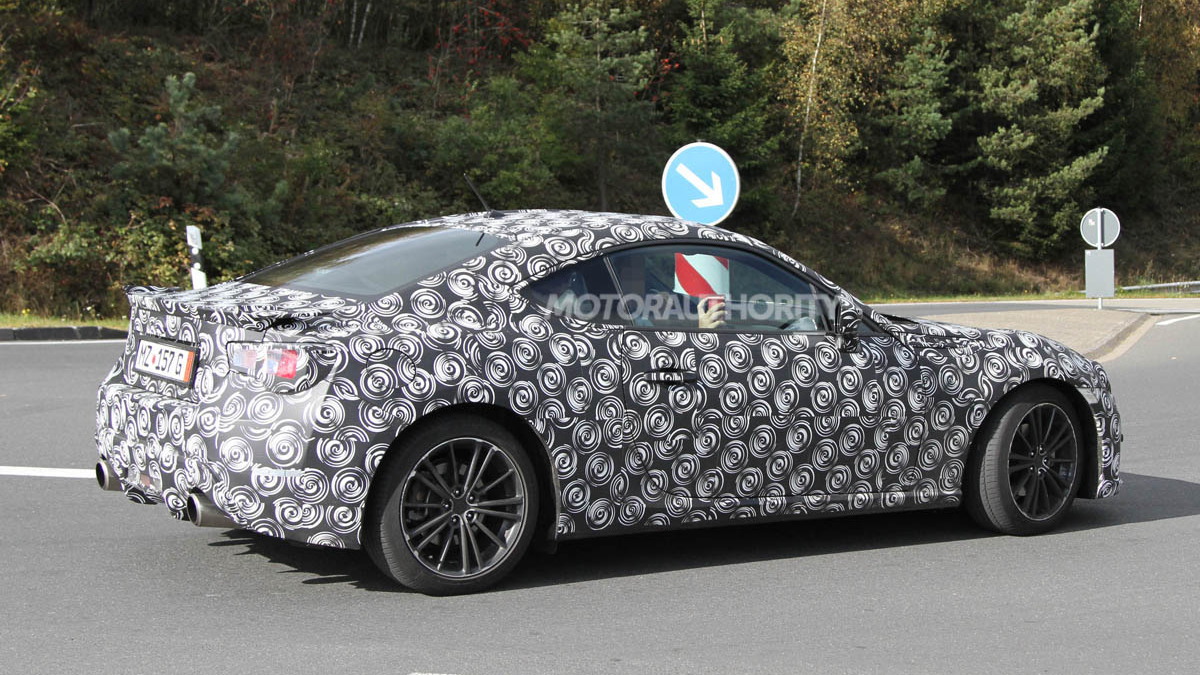 8
photos
The Subaru-Toyota joint sports coupe has come a long way since its earliest days three years ago, both in terms of what we know about it and in terms of its design. These latest spy images capture the car that will also be sold under the Toyota and Scion badges in its Subaru trim for the first time.

Looking quite a lot like the skeletonized/transparent BRZ Prologue displays we've seen at recent auto shows, the coupe has what may be the simplest, cleanest lines of its three-brand trio.

At the front, a mildly sculpted bumper houses a large air inlet, fog lights, and integrated lip spoiler; at the rear, a mock diffuser surrounds a dual-outlet exhaust with another small spoiler integrated into the trunk. The sides are smooth and free of oddly surfaced panels. The overall proportion of the car looks not terribly unlike a modern reinterpretation of the Toyota Celica.

Under the hood we expect to find a 2.0-liter boxer four-cylinder good for about 200 horsepower, driving the rear wheels through a six-speed transmission (both a manual and an automatic are expected).

Full details on the Subaru BRZ are expected to come in just about a month's time at the 2011 Los Angeles Auto Show, where the car is set to make its official debut before entering production next spring. Due to its timing, it's not yet known if the BRZ will be offered as a late 2012 or an early 2013 model.