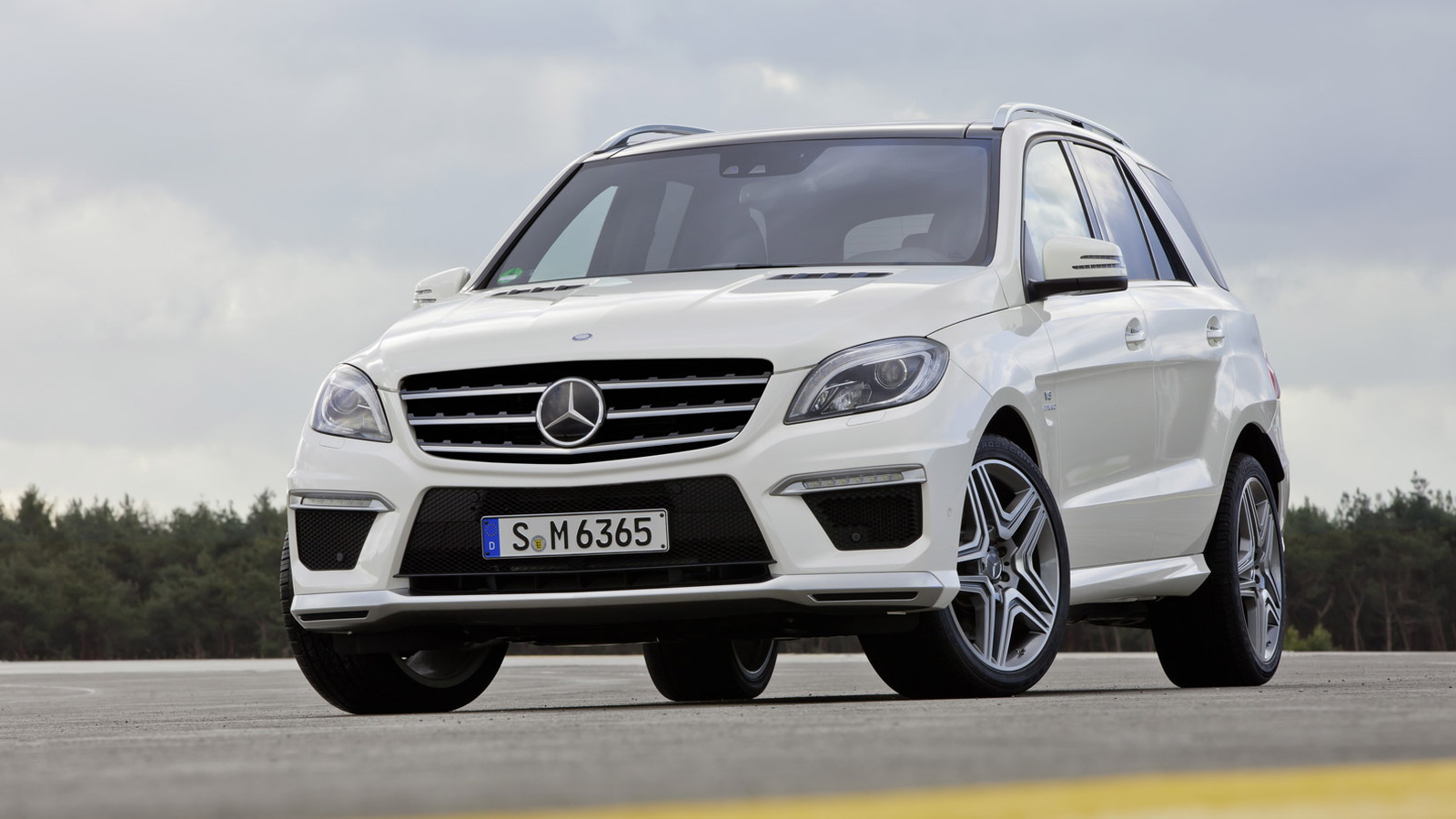 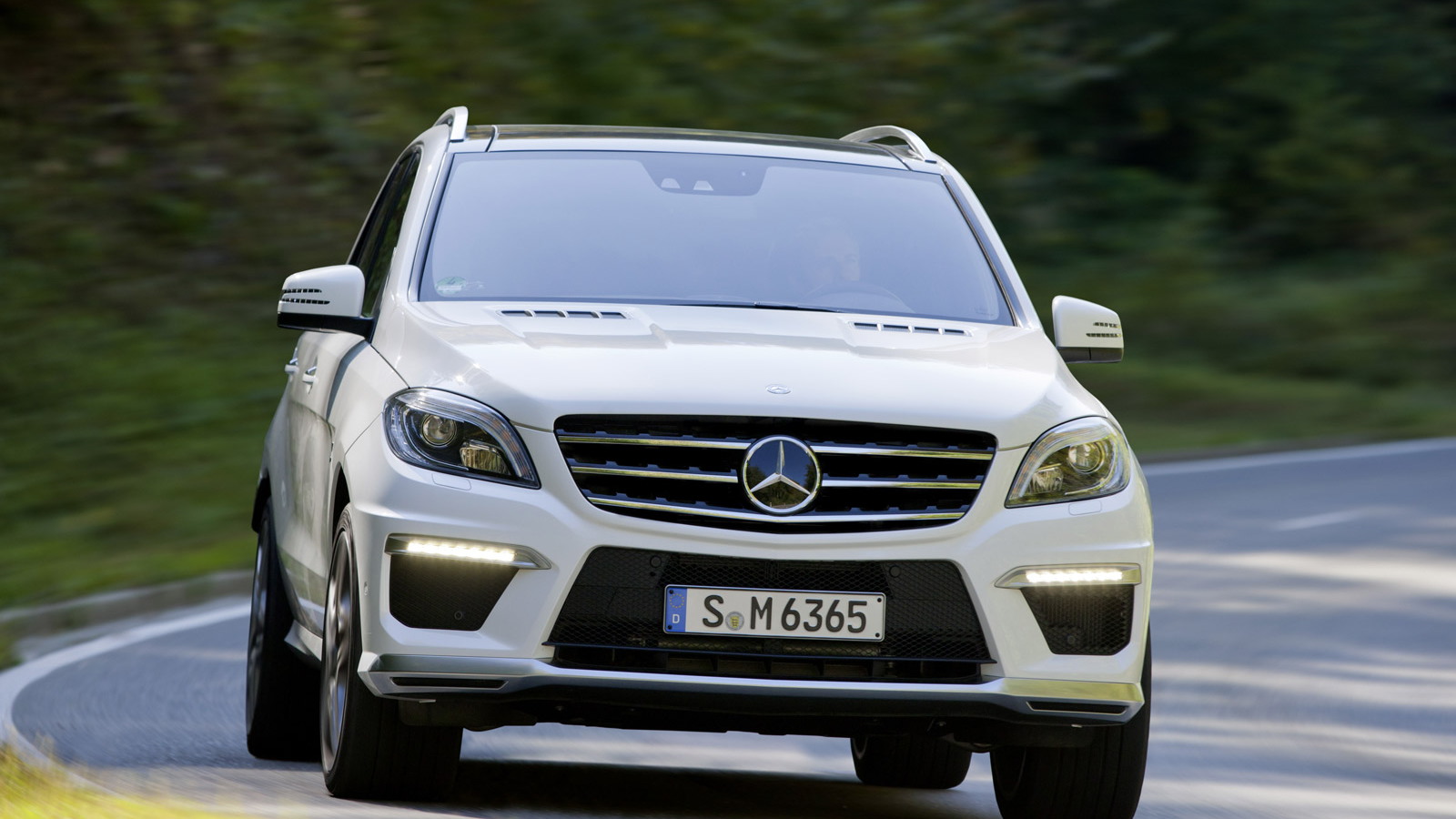 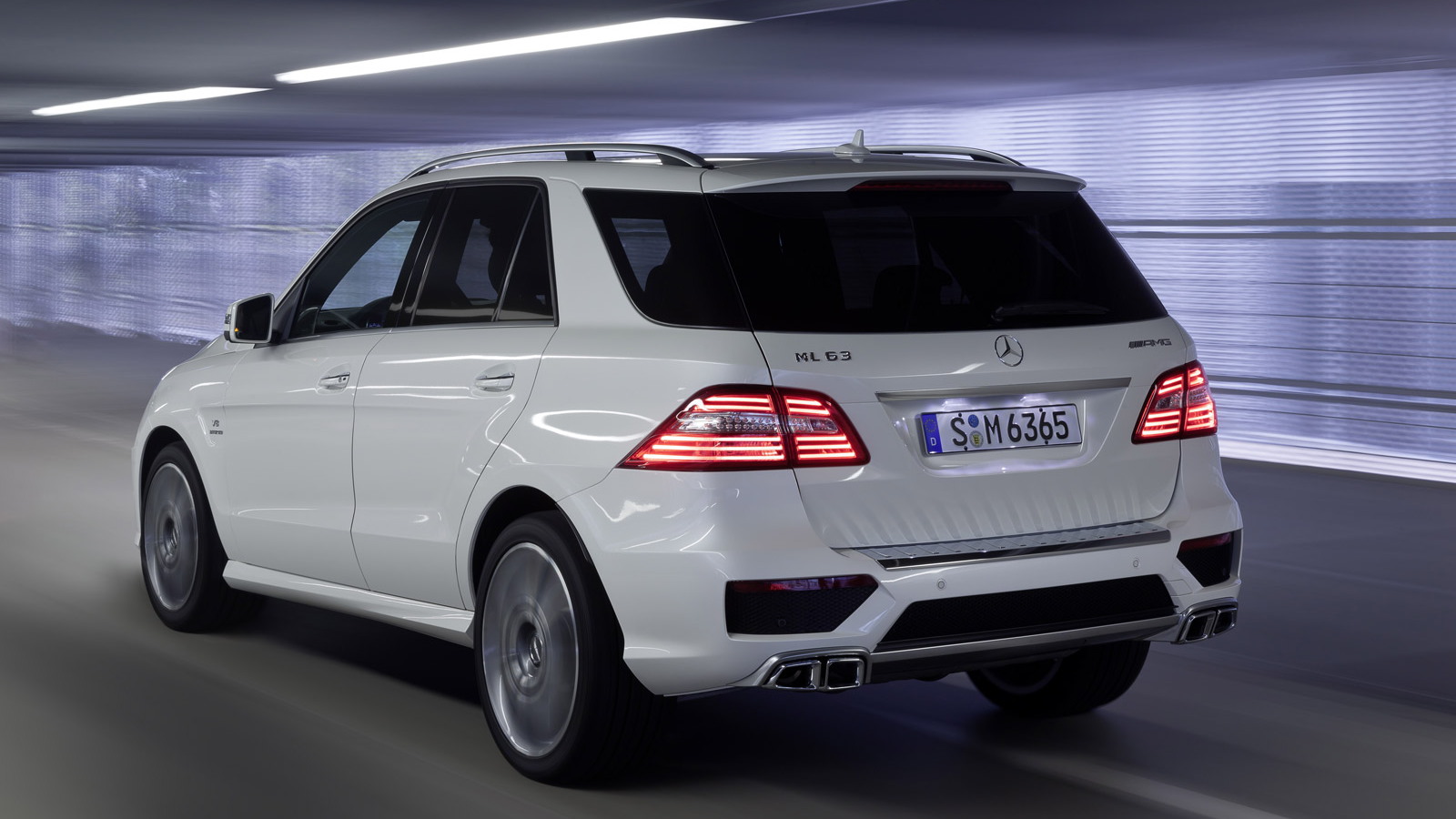 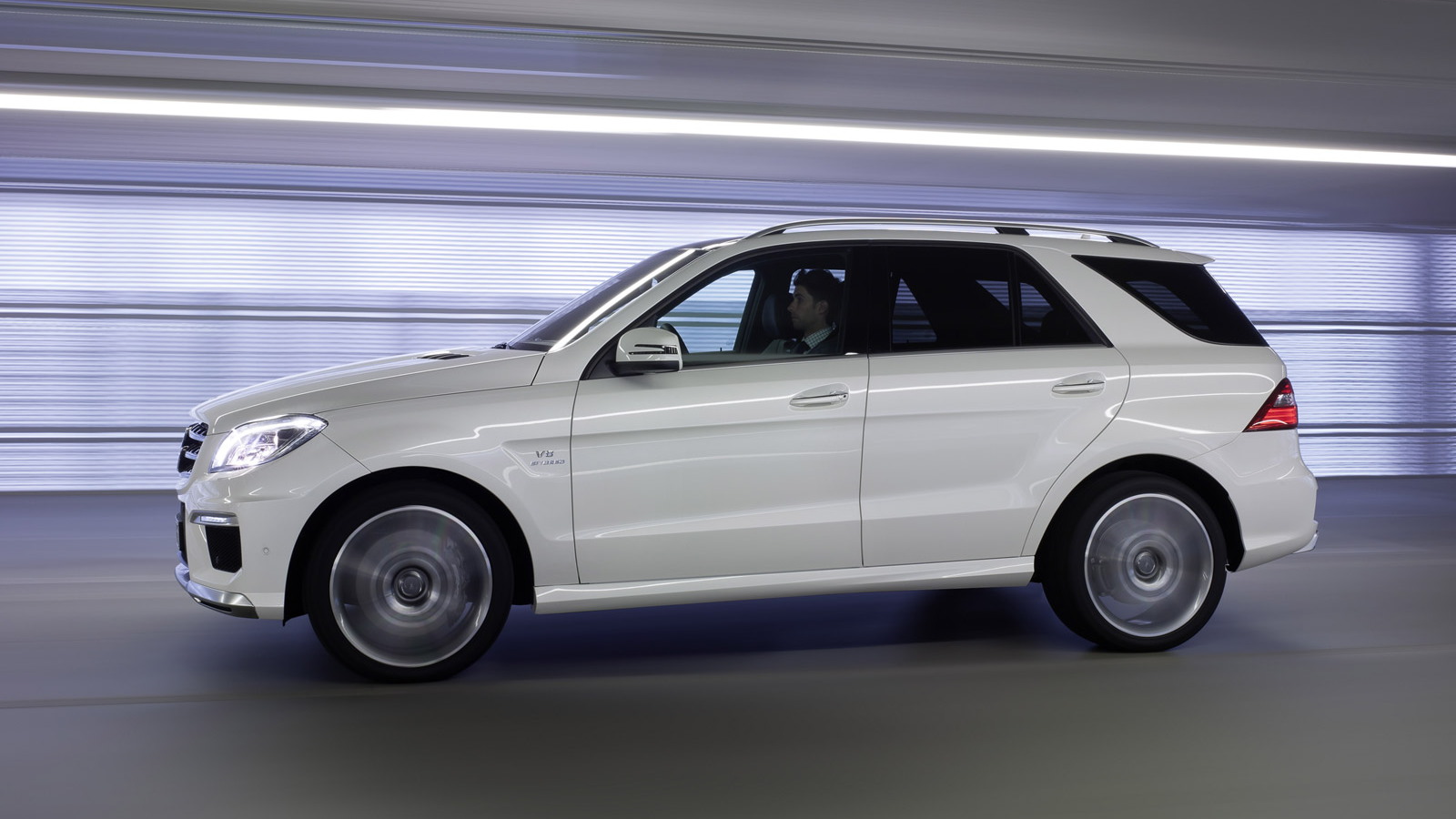 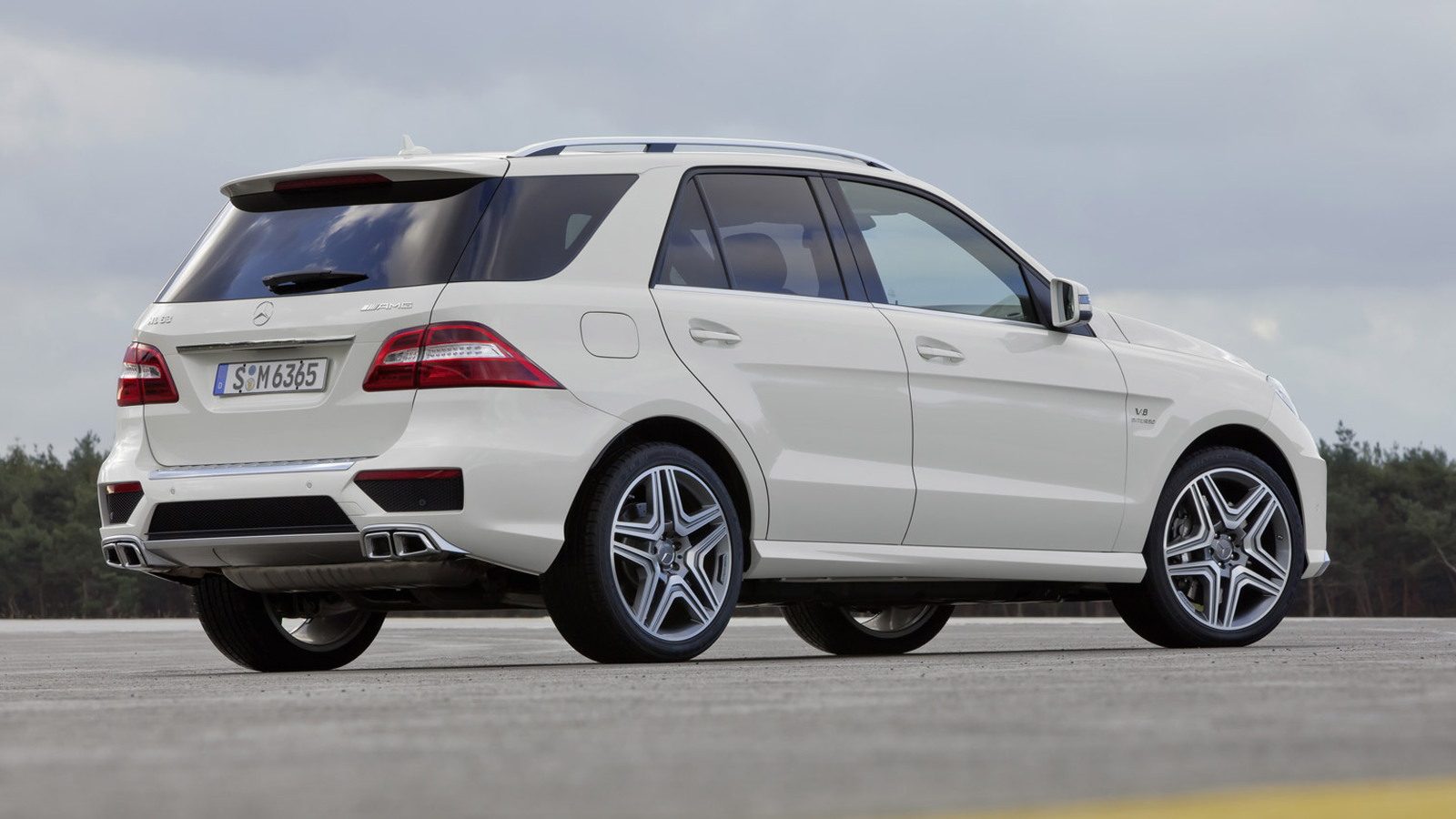 15
photos
Following the release of the new 2012 Mercedes-Benz M-Class last summer, the model variant we’ve all been waiting for, the high-performance ML63 AMG, has finally been revealed ahead of its official world debut this week at the 2011 Los Angeles Auto Show.

As predicted, the uber-SUV gets AMG’s popular twin-turbocharged 5.5-liter V-8 as its power source, which in its latest tune develops 518 horsepower and 516 pound-feet of torque.

Not only does this output represent a 15 horsepower and 44 pound-feet leap over the outgoing ML63, gas mileage is expected to be improved by a staggering 33 percent as well. Final EPA numbers are yet to be announced, though Mercedes is predicting a combined rating of 16 mpg for the 2012 ML63 AMG.

How do all these figures translate to on-road performance? Mercedes quotes a 0-60 mph time of just 4.7 seconds and an electronically limited top speed of 155 mph. Note, if you desire even more under the hood, an AMG Performance Package will be made available that lifts output to 550 horsepower and 560 pound-feet of torque. With this installed, your 0-60 mph time drops to 4.6 seconds and top speed is lifted to 174 mph.

The AMG Performance Package also includes an engine cover made from carbon fiber, calipers painted in red and a leather-trimmed AMG Performance steering wheel. Note, fuel economy numbers stay the same regardless of whether the performance pack is installed or not.

Power delivery to all four permanently driven wheels is via the AMG SPEEDSHIFT PLUS seven-speed automatic transmission. Featuring three driving programs and a rev-matching function for downshifting, this gearbox offers amazingly broad scope. In "Controlled Efficiency" mode (C) an engine stop-start function is active, shutting down the big V-8 when the vehicle is stationary. The "C" mode also delivers smoother acceleration and transmission characteristics with comfortable, earlier gear changes. Pulling away in this mode usually begins in second gear.

In the Sport (S) and Manual (M) driving programs the stop-start function is inactive and the engine and transmission characteristics are far more agile.

As on the previous model, Mercedes-AMG uses a dedicated transfer case for the 4MATIC permanent all-wheel drive, which distributes engine power at a ratio of 40:60 to the front and rear. Furthermore, the AMG sports suspension with AIRMATIC Air Suspension, independent damper struts, automatic level control and Adaptive Damping System (ADS) is combined for the first time with a new ACTIVE CURVE SYSTEM for anti-rollover stabilization.

This system, which is standard equipment on the ML63 AMG, features active stabilizers on the front and rear axles to compensate for body roll during cornering. Once again, the driver has three modes to choose from: "Comfort", "Sport" and "Manual".

Other features of the new luxury SUV include 20-inch wheels as standard, with 21-inch units available as an option, high-performance brakes, xenon headlights, a full bodykit, illuminated sill panels, quad exhaust tips and designo premium leather trim. A distinctive instrument cluster with an integrated color monitor is also exclusive to the ML63 AMG.

Look out for the 2012 Mercedes-Benz ML63 AMG in showrooms in the first quarter of next year. In the meantime stay tuned for its debut at the 2011 Los Angeles Auto Show, full coverage of which you can access by clicking here.