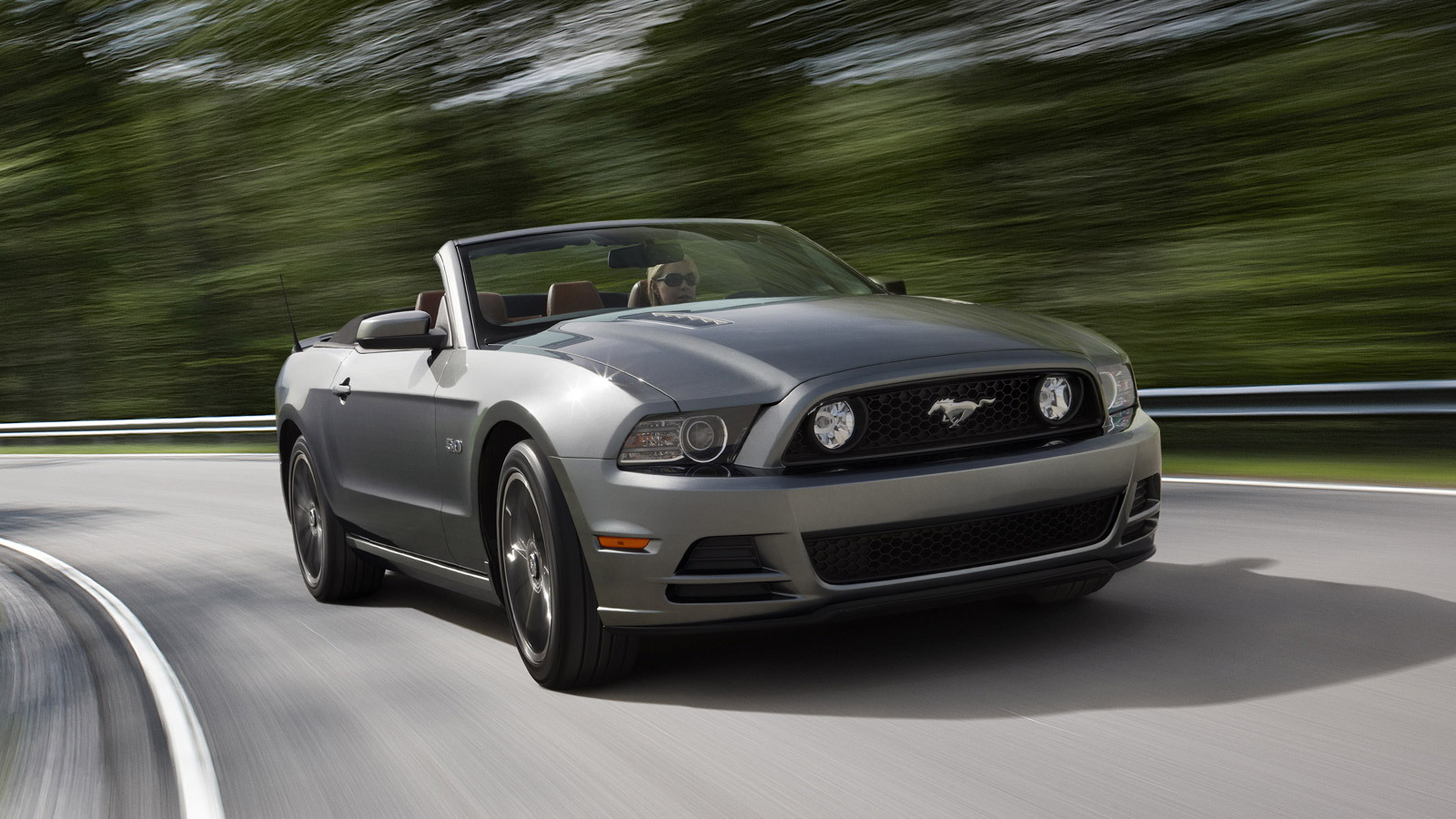 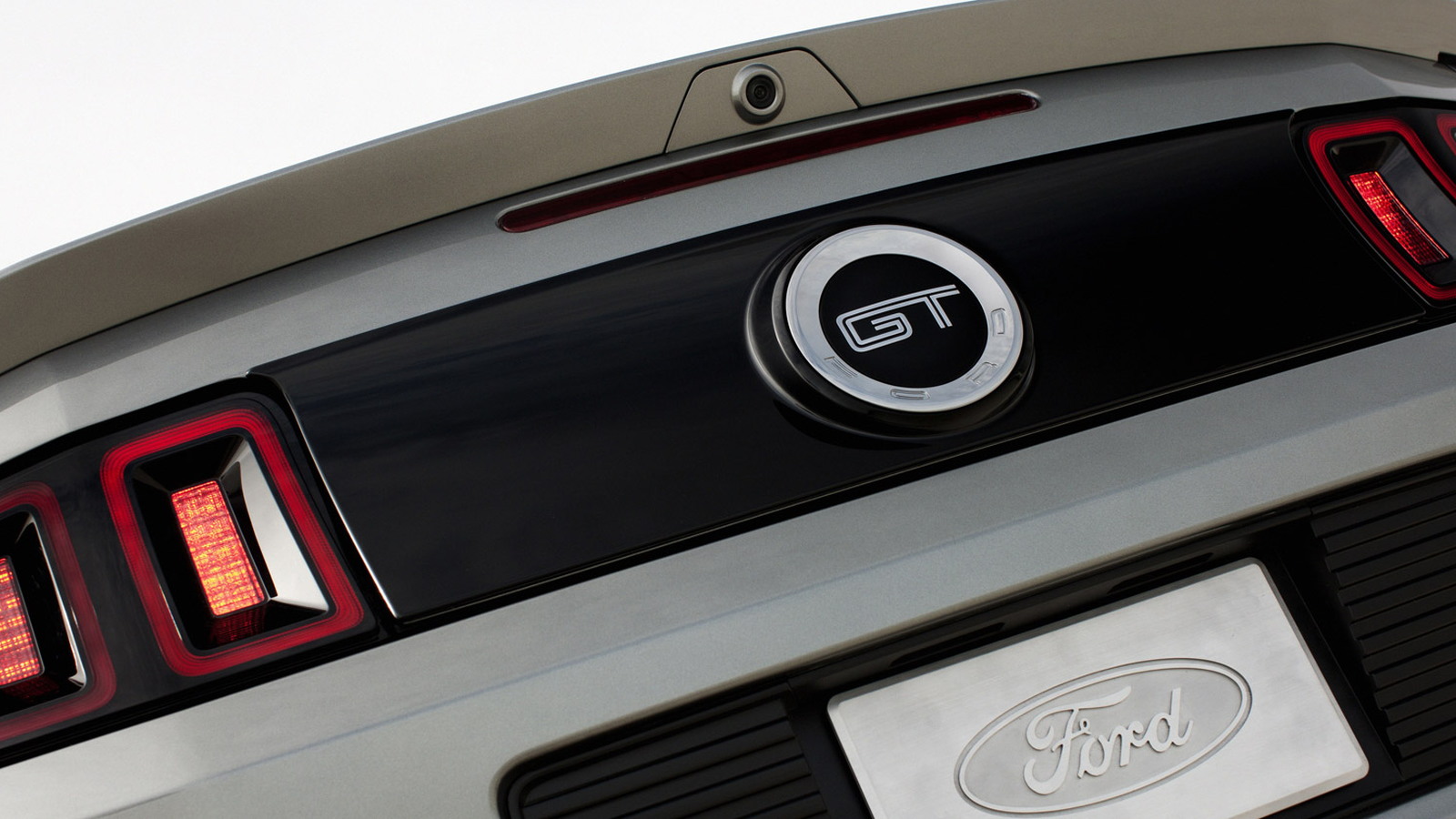 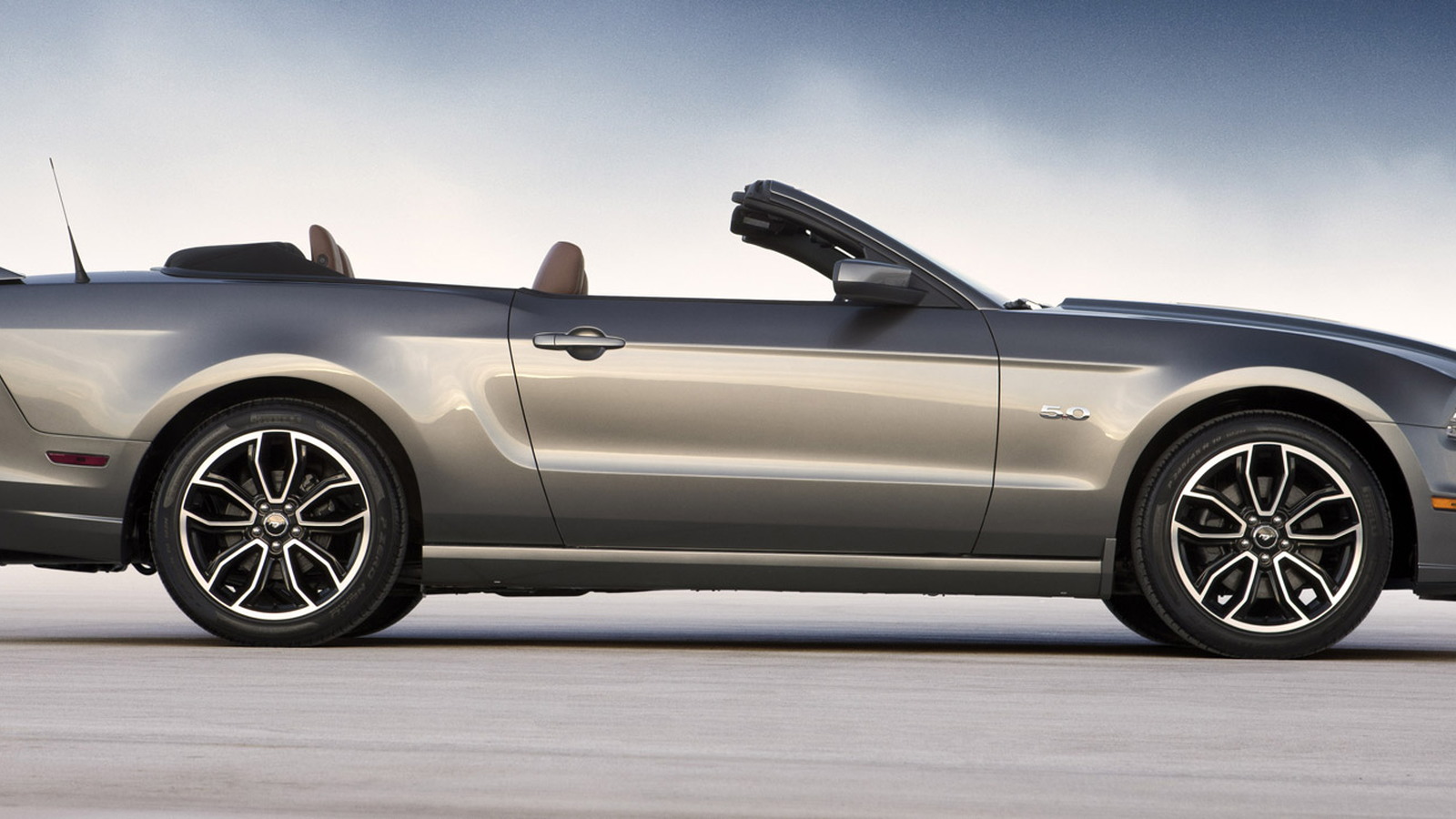 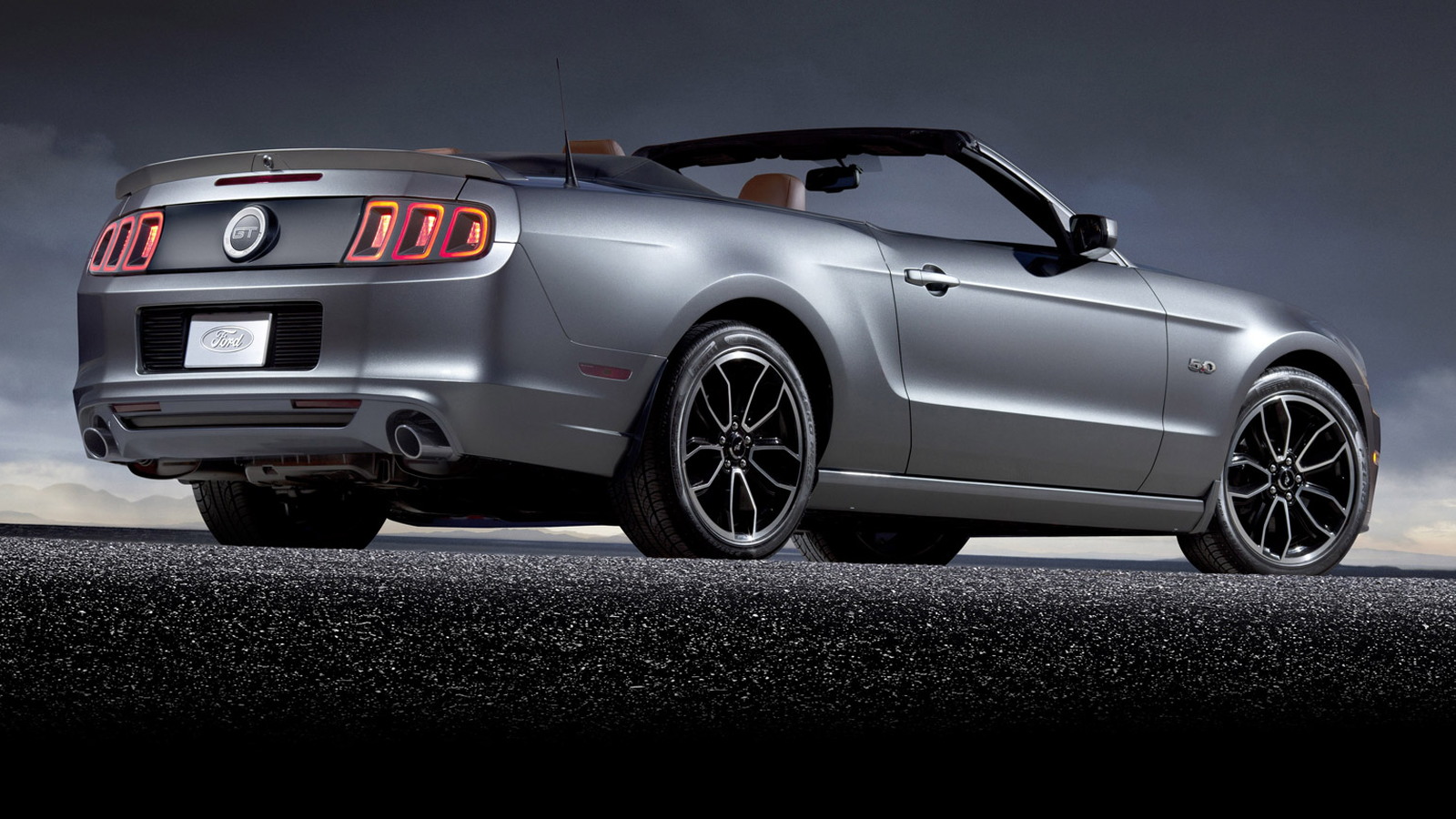 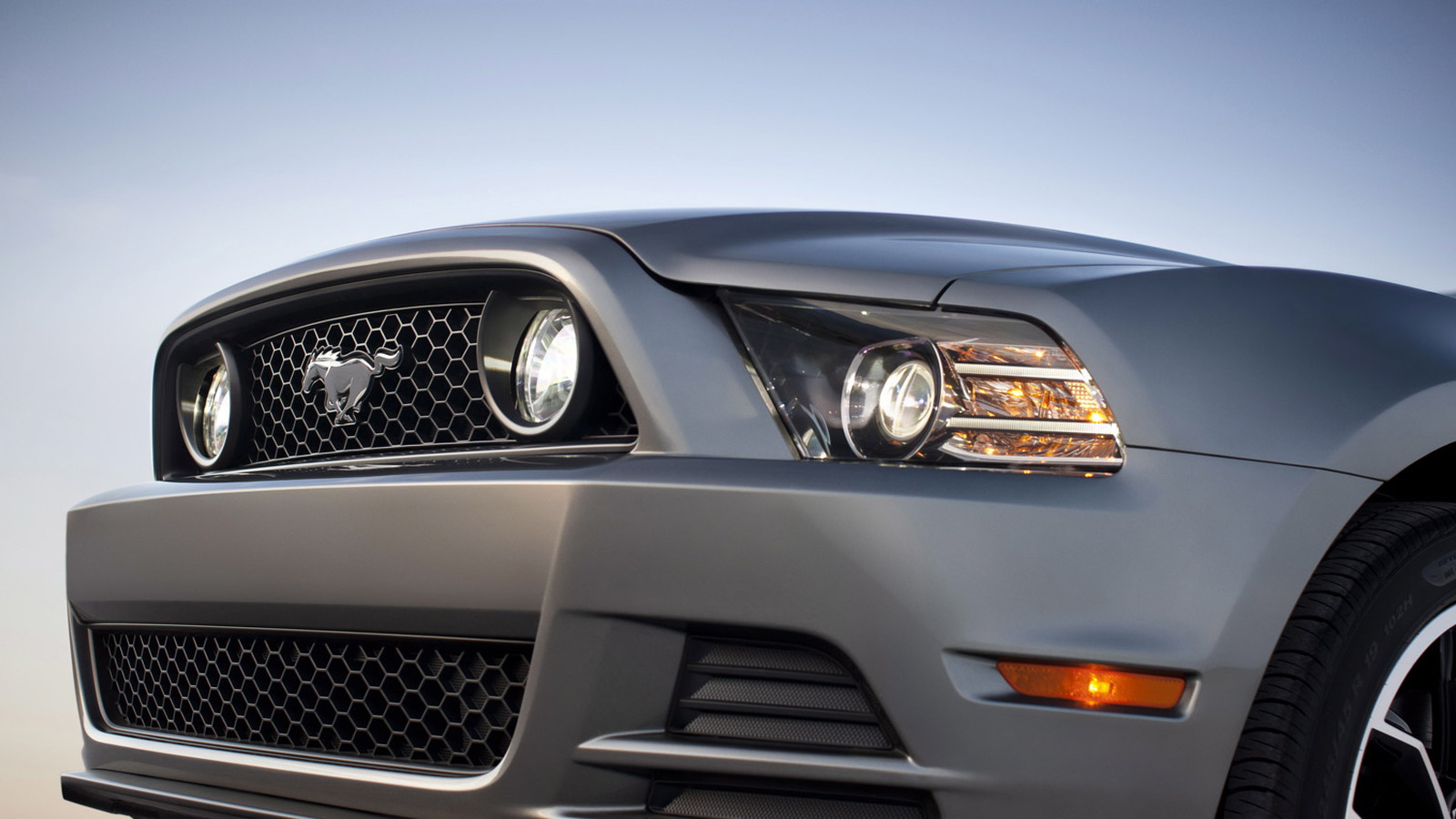 15
photos
Ford’s been continuously improving on its Mustang every year or so, refining the styling, adding new engines and drivetrain upgrades, and expanding the line with new variants. However, with a brand new generation due in time for the Mustang’s 50th anniversary, one has to wonder how much life is left in the current model.

Turns out there’s still plenty to get excited about as Ford is rolling out a revamped version of its iconic muscle car, which debuts this week at the 2011 Los Angeles Auto Show before going on sale next spring as a 2013 model.

Summing it all up is the Mustang’s chief engineer, Dave Pericak, who states, “the new Mustang is the perfect example of continuing to build on excellence. It takes the greatness of the 5.0-liter and V-6 and pushes the refinement to the next level.”

The 2013 Ford Mustang offers a more aggressive design with a significantly more prominent grille, a new splitter and body-colored rocker panels. The rear has been updated with a high-gloss black panel that connects the tail-lights, while the lenses themselves get a new smoked appearance.

Also new for the Mustang are standard high-intensity discharge (HID) head-lights on both V-6 and GT models, as well as LED detailing front and rear. The standard wheel size on the base V-6 is 17 inches but the available V-6 Performance Package and the GT model offer wheels measuring up to 19 inches.

One interesting feature is the side mirrors, which feature a pony projection light. These cast the image of the Mustang’s famous pony emblem on the ground when the unlock button is activated. New colors-- Deep Impact Blue and Gotta Have It Green--also join the existing color palette for 2013.

Inside, customers will be able to opt for new Recaro seats (the same ones from the Boss 302 and Shelby GT500), premium audio options, and there’s now a handy 4.2-inch LCD integrated in the main instrument cluster. This screen features a special option called Track Apps, which delivers performance metrics for drivers right from the factory. The app measures g forces, shows acceleration times in quarter-mile and 0-60 increments, and displays braking times, complete with automatic and countdown starts.

Okay, now the part we’re sure you’re most interested in: the engine department.

The base Mustang remains equipped with a 3.7-liter V-6 and develops 305 horsepower. The GT, however, sees its 5.0-liter V-8 uprated to 420 horsepower.

The best part is that all automatic Mustangs now feature SelectShift, which allows the driver manual control of the gears. Manual models, meanwhile, get a new hill start assist. With the brake pedal pressed, if sensors detect the car is on a slope, the system is automatically activated. Brake pressure is held in the braking system and the car remains stationary on the slope for up to two seconds after the driver releases the brake pedal.

Look out for the debut of the 2013 Ford Mustang range at the 2011 Los Angeles Auto Show, full coverage of which you can access here.