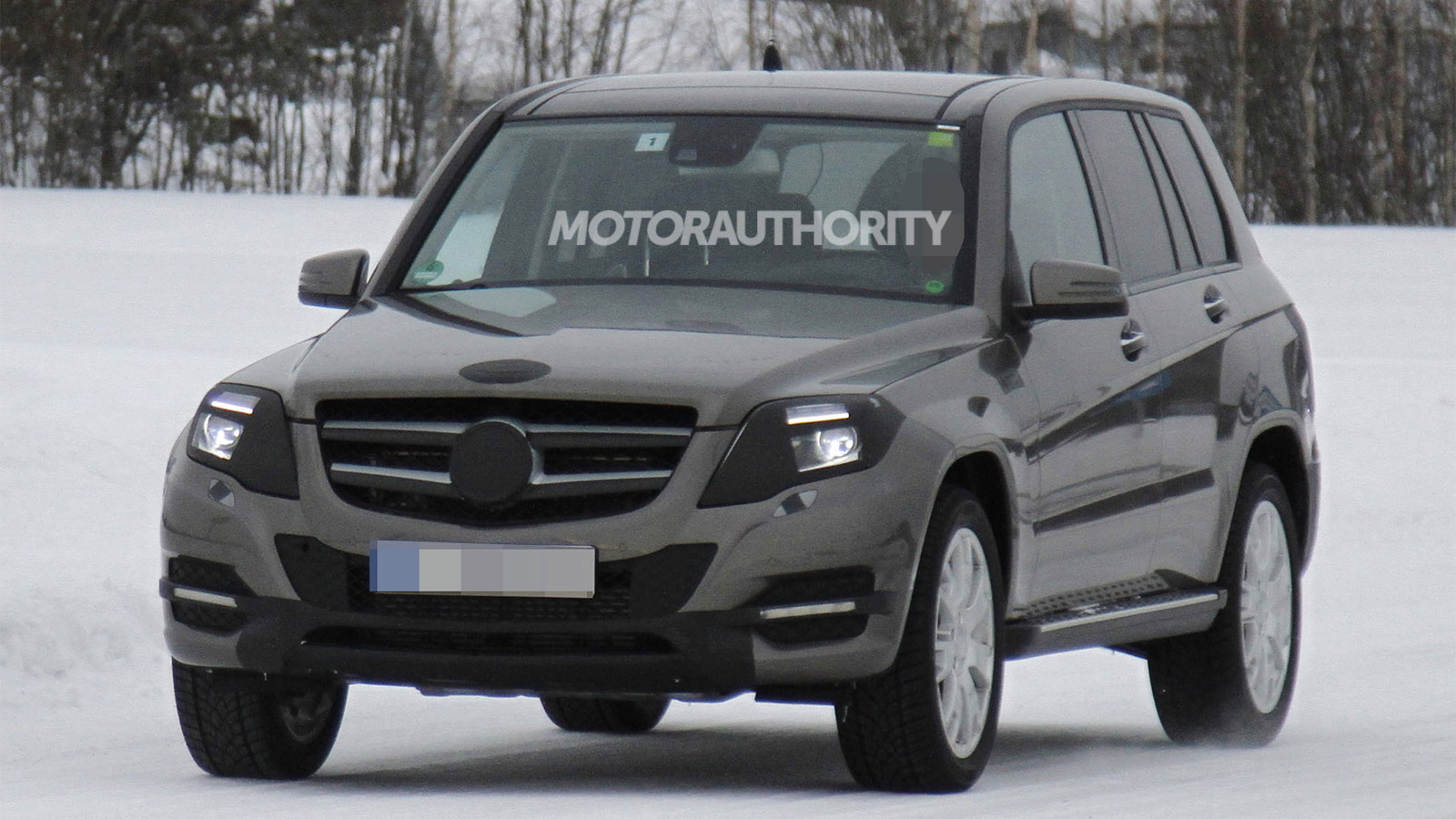 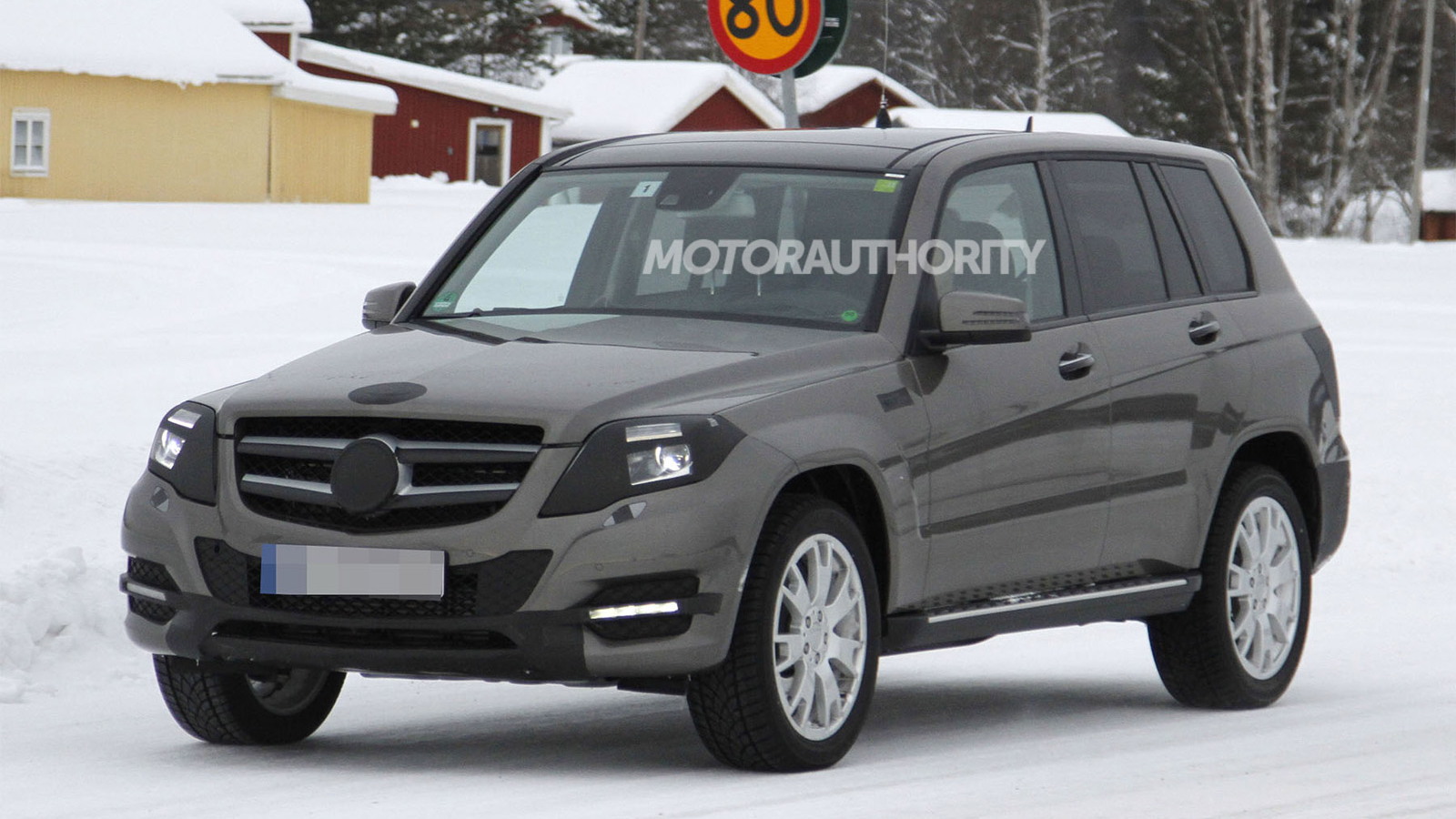 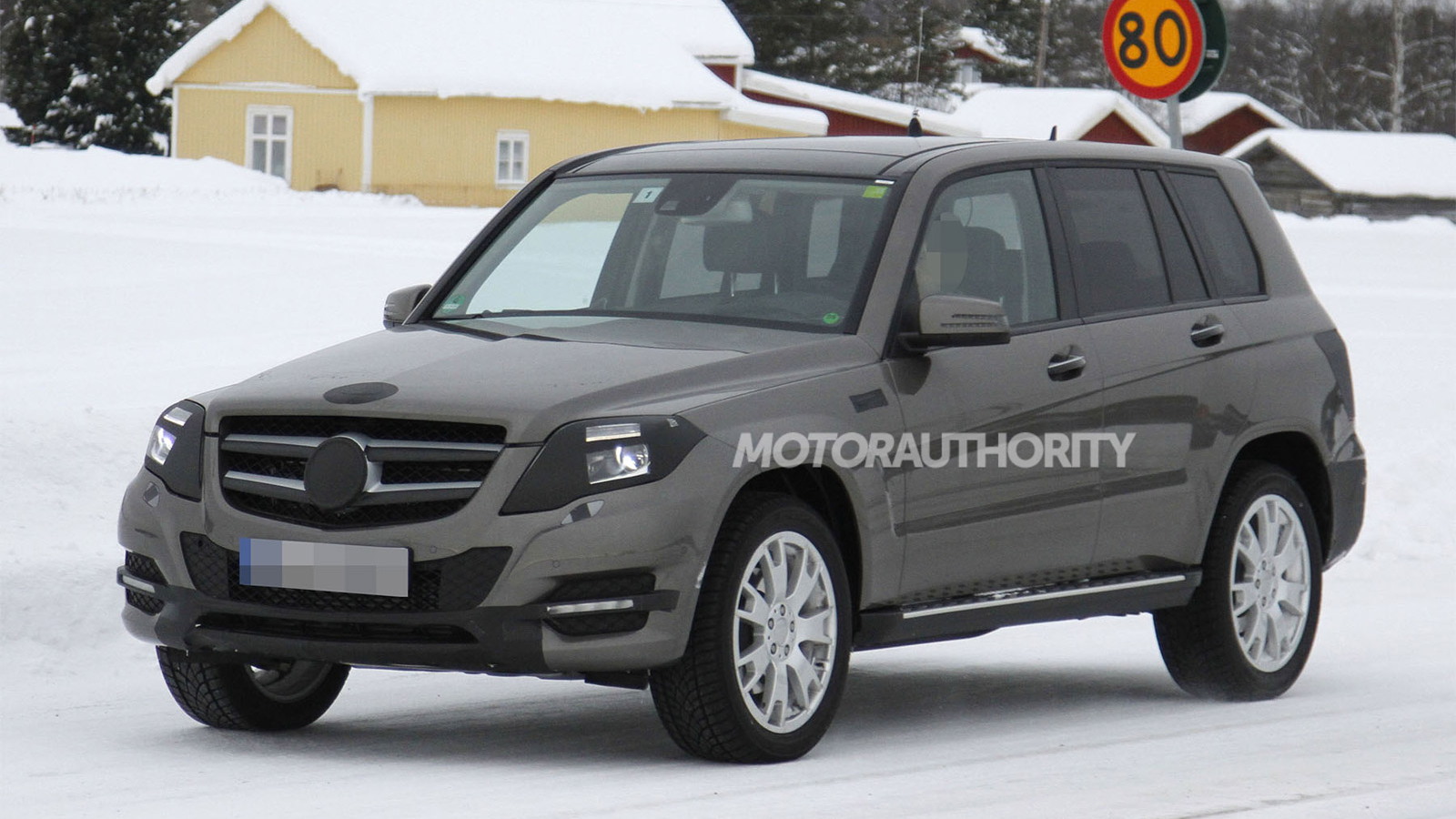 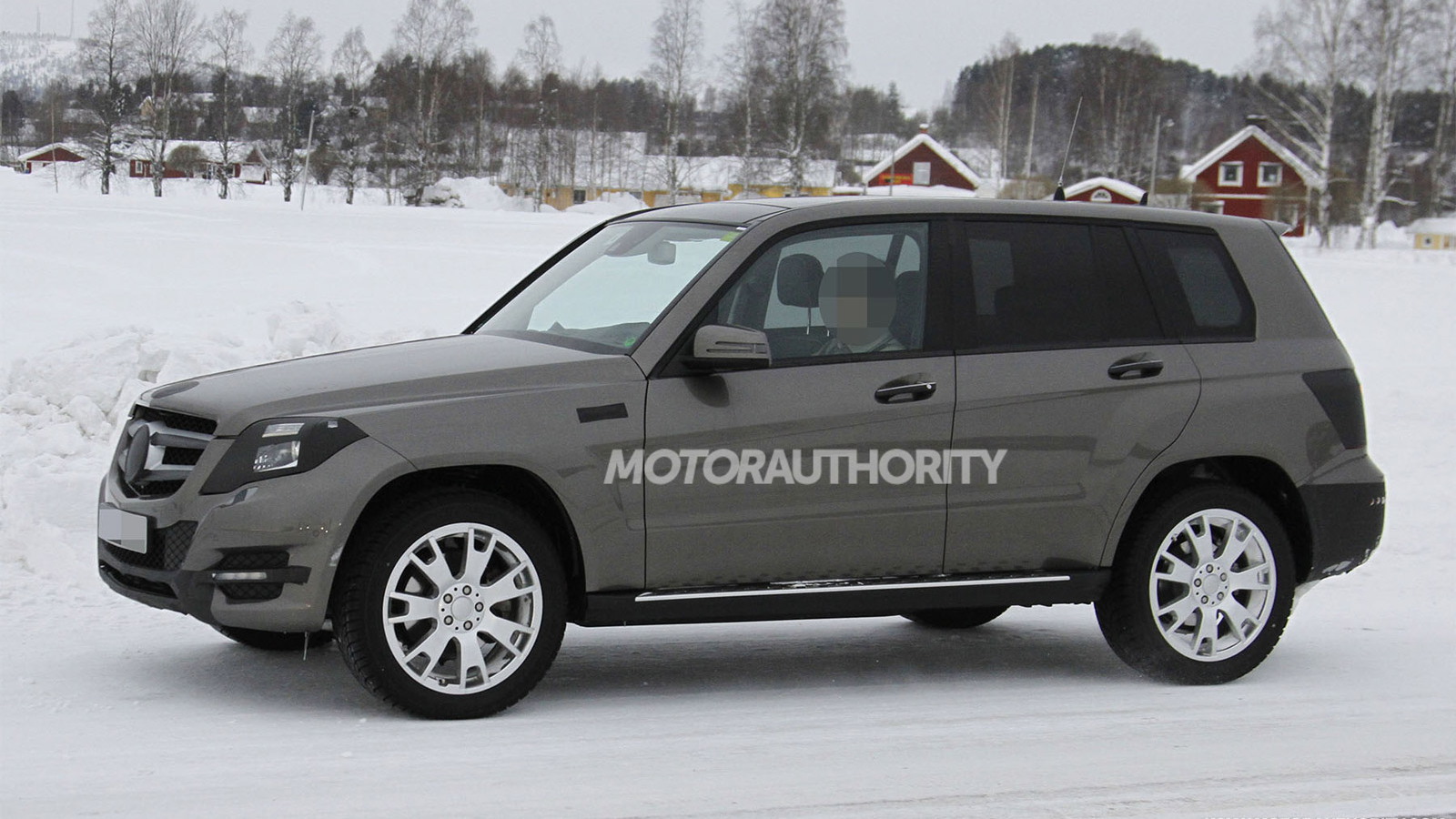 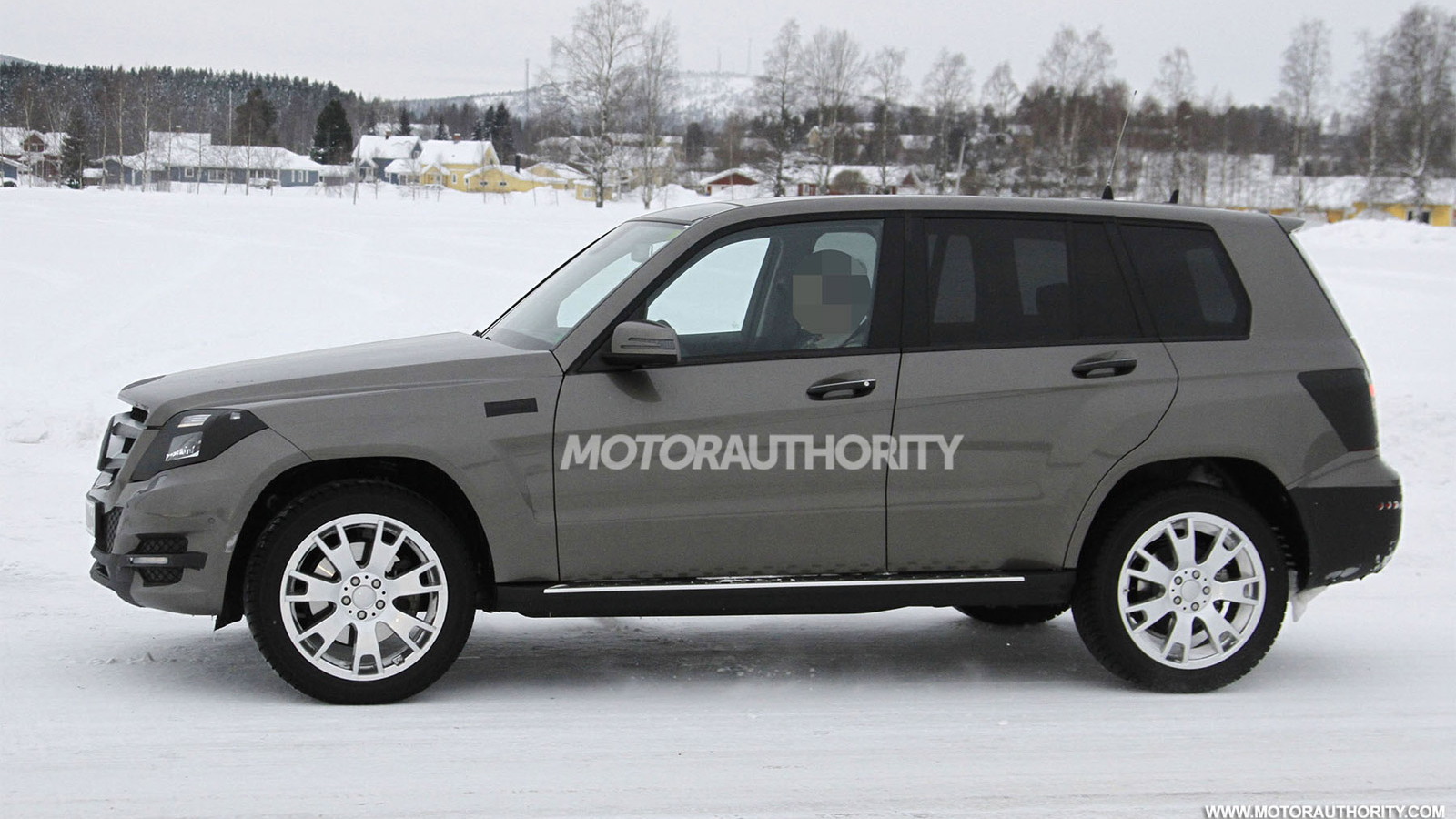 15
photos
UPDATE: The 2013 Mercedes-Benz GLK Class has been revealed. Click here for all the details.

The Mercedes-Benz GLK Class compact SUV was only introduced as a 2010 model but already engineers are hard at work testing a facelifted version due out later this year.

This makes the facelifted GLK a 2013 model, with the new model year will come fresh new styling and a revised engine lineup promising greater performance and efficiency.

The prototypes pictured here can clearly be seen wearing new--but masked--bumpers, both at the front and rear.

Expect to see the hard-edged details of the current model softened a little, with the curvier look of the new 2012 Mercedes-Benz M Class being adopted. This will be especially true for the headlights, which on this prototype also appear to feature new LED elements.

As for the engine lineup on this 2013 Mercedes-Benz GLK Class, there’s a chance a new entry-level GLK250 model will pick up the highly efficient turbocharged and direct injected 1.8-liter found in the 2012 Mercedes-Benz C Class range. Output should be the same 201 horsepower and 229 pound-feet of torque as found in the C250.

Also confirmed is a new diesel option for U.S. customers. The 2013 GLK Class will be the sixth Mercedes model to offer a diesel option in the U.S., joining the likes of the E, S, M, R and GL Class  models, which all feature a 3.0-liter turbodiesel engine. The GLK is likely to sport a 2.1-liter four-cylinder turbodiesel making 204 horsepower and 369 pound-feet of torque, an engine that’s already been emissions-certified for the U.S.

Look out for a debut of the 2013 Mercedes-Benz GLK Class at one of the major international auto shows taking place in the coming months.