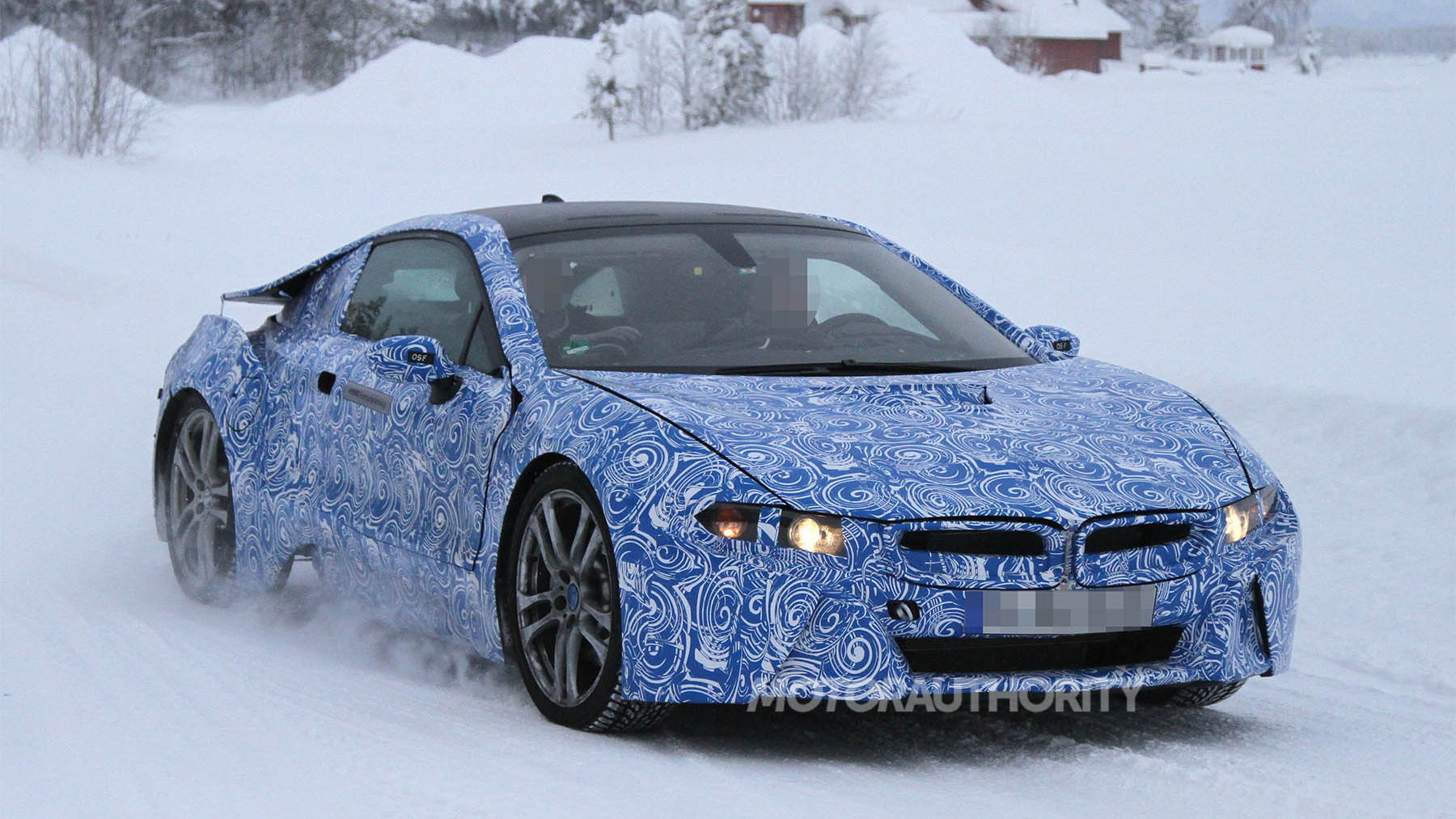 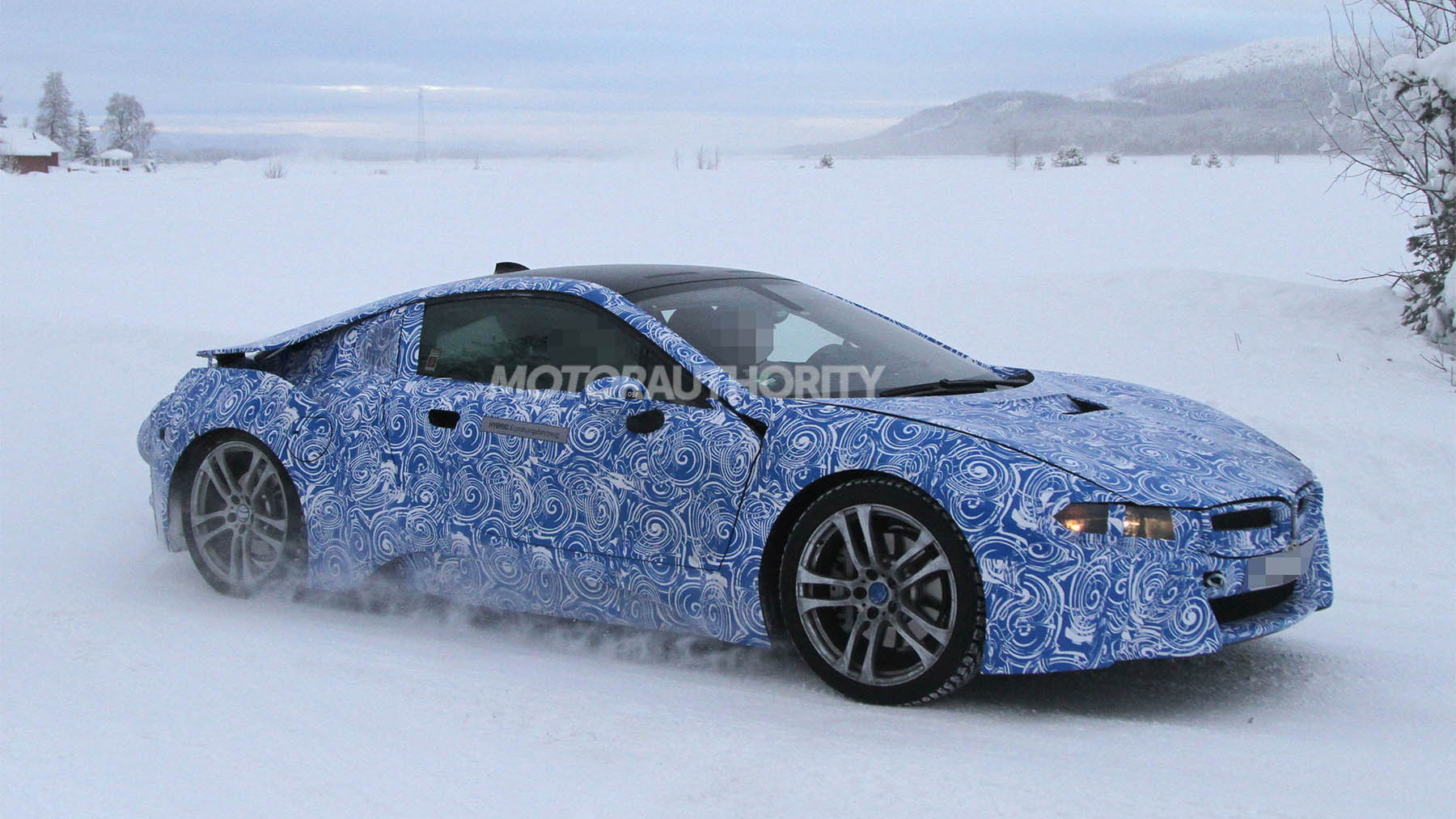 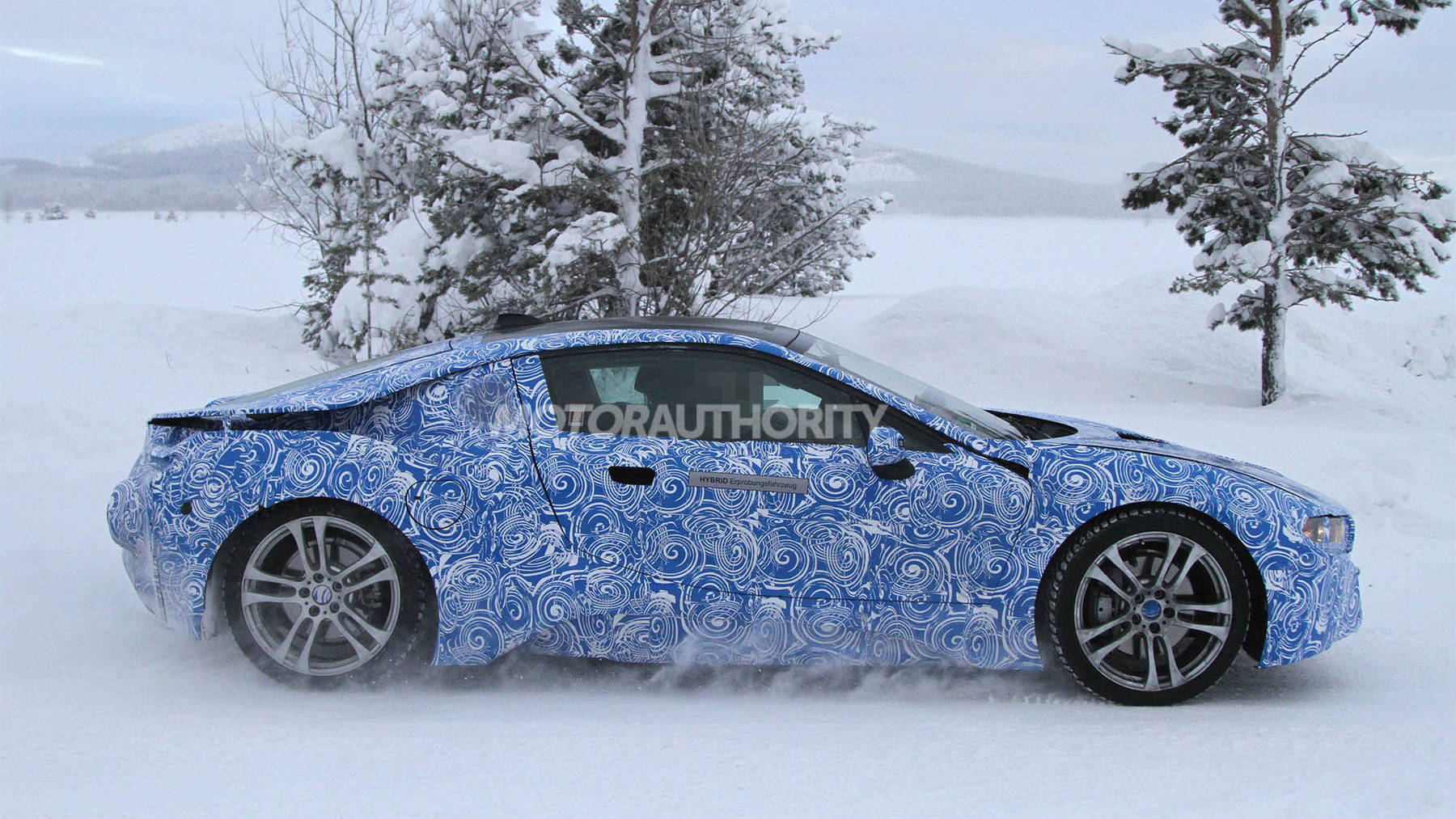 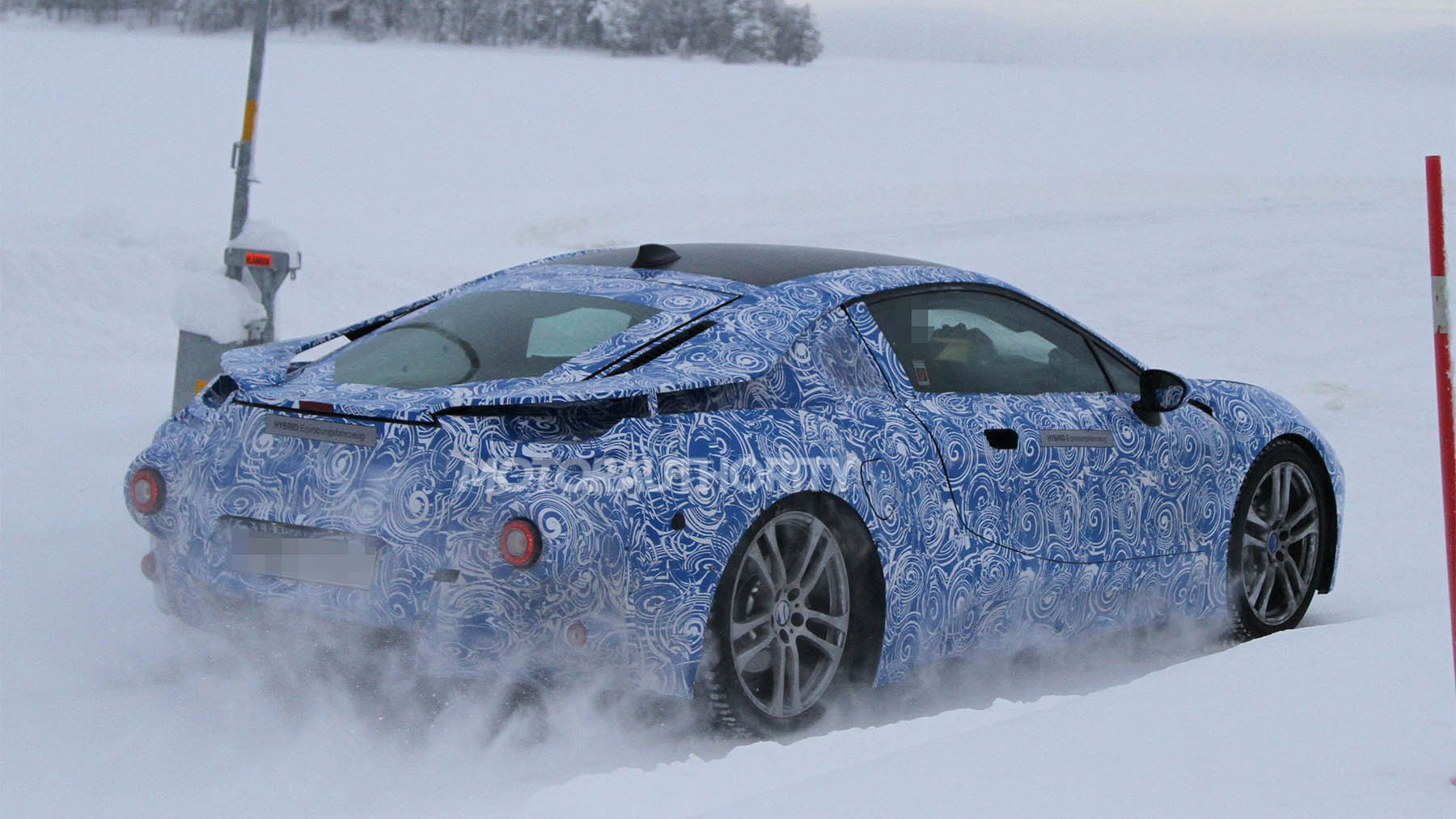 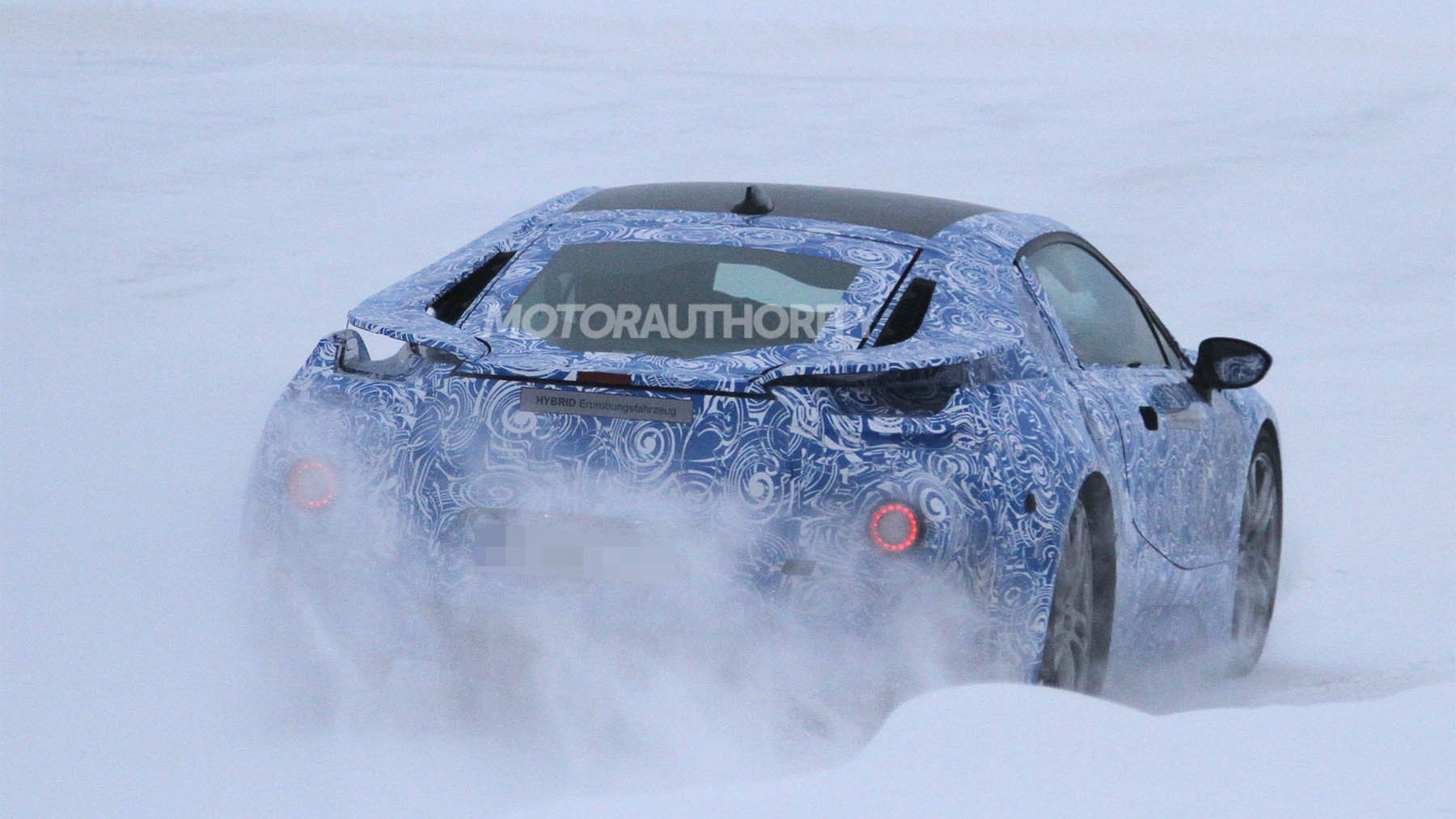 6
photos
BMW is now just one year away from the start of production of its i8 plug-in hybrid supercar.

And today we have an exclusive spy video of a prototype as it completes some cold weather testing near the Arctic Circle.

This prototype is the most advanced we’ve seen yet and includes many of the details that we expect to feature on the production 2014 i8 landing in showrooms late next year.

If you watch carefully at the start of the video, you’ll notice one BMW tester open the driver’s door, revealing a swiveling door that’s hinged at the A-pillar. This is the same design featured on last year’s i8 concept car as well as many past supercars, perhaps the most famous being the McLaren F1.

In case you missed our previous coverage, the i8 pairs a three-cylinder engine with an electric motor. The engine is used to drive the rear wheels while the electric motor powers the front pair. The two power sources are connected via an "energy tunnel" that houses the high-voltage lithium-ion battery.

This gives the car a low center of gravity--and all the dynamic benefits that come with it. The positioning of the electric motor and engine over their respective axles also helps provide an ideal 50/50 weight distribution.

BMW is predicting 0-60 mph acceleration of less than five seconds and a top speed of 155 mph for its i8, but with a fuel economy as high as 78 mpg. For more details, including additional spy shots, click here for our previous post.