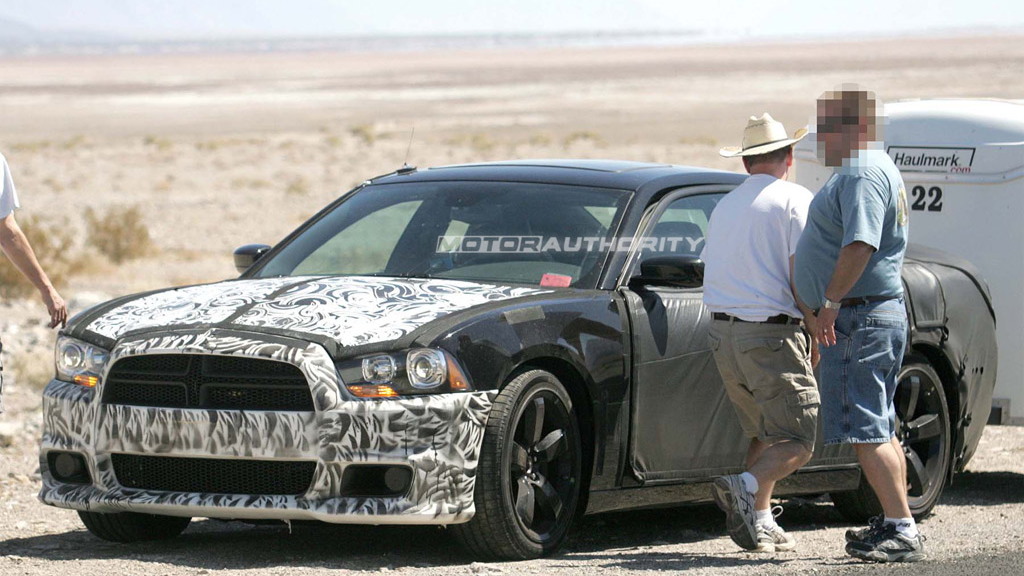 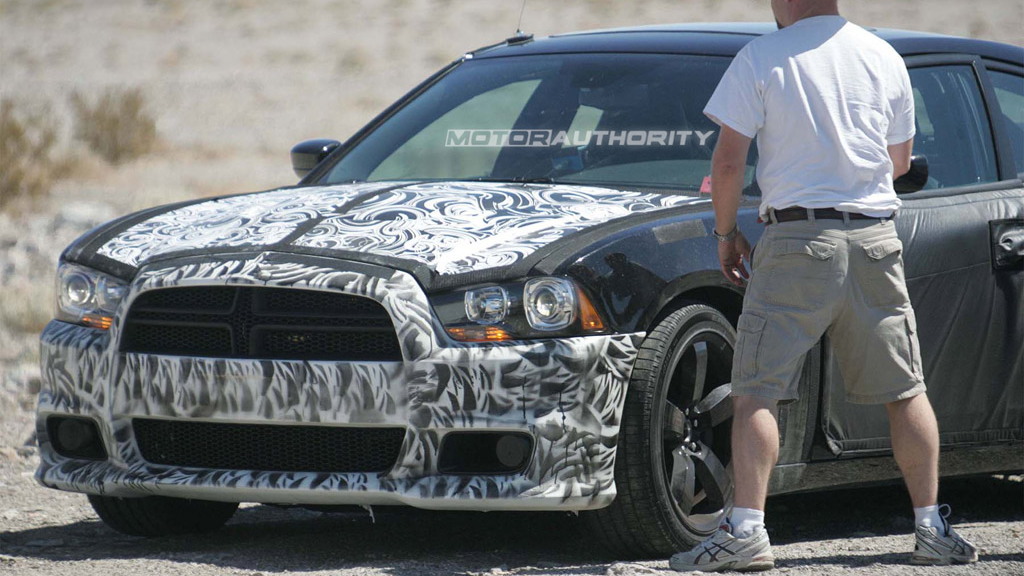 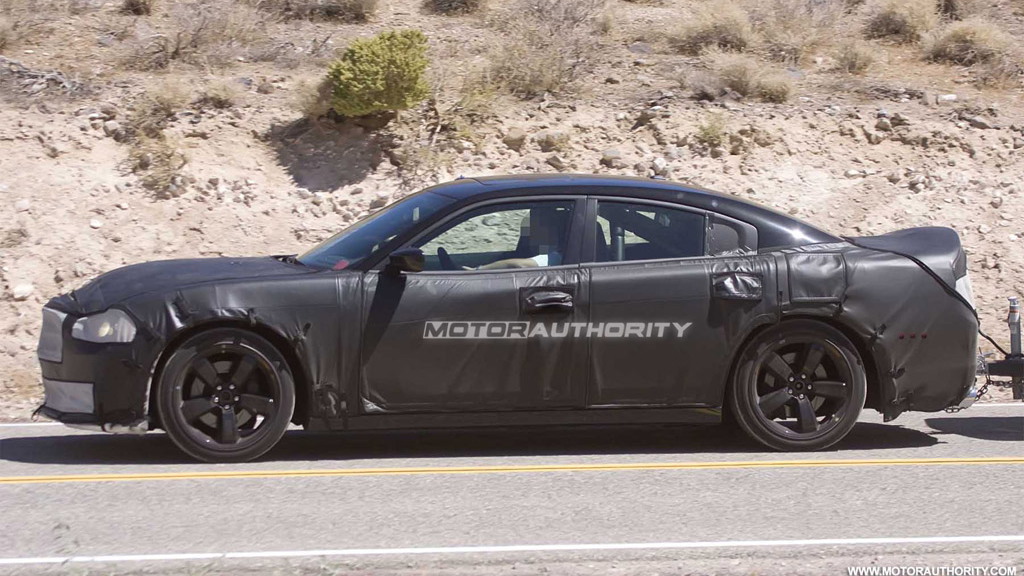 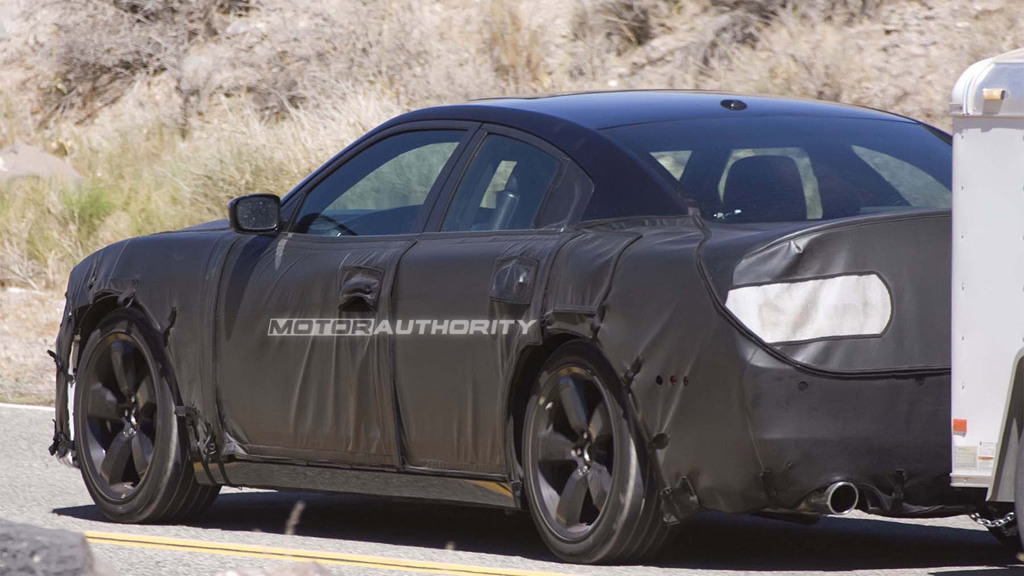 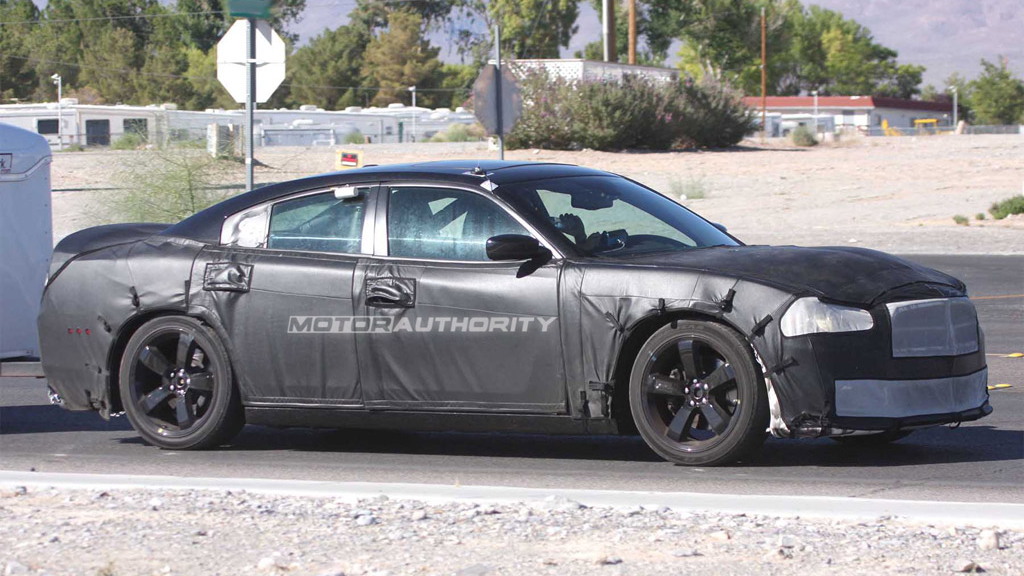 Hot on the heels of yesterday’s spy shots of the 2012 Jeep Grand Cherokee SRT8 comes new shots of the hotted-up version of the 2011 Dodge Charger, which like the Jeep, comes onto the market with a completely refreshed design.

Though camouflaged, we can clearly see the new face of the Charger, which sports a bolder yet sleeker look. At the rear, a new horizontal bar tail-lamp design, similar to the one on the Dodge Challenger, is expected to feature. On hand during testing was a 556 horsepower Cadillac CTS-V, which you can surmise is the performance benchmark Chrysler is targeting for its new Charger SRT8.

The current Dodge Charger SRT8 pumps out 425 horsepower from its 6.1-liter Hemi V-8 but an upgraded unit, displacing 6.4-liters and developing more than 500 horsepower, may be on the cards for the 2011 model year. This same powerplant will eventually feature in the rest of the SRT8 lineup, including the Jeep Grand Cherokee, as well as the Challenger and new-generation 300 sedan.

The new 2011 Dodge Charger range, including this high-performance SRT8 model, is expected to make its world debut at the 2010 Los Angeles Auto Show in November. Sales should start shortly after, and expect a slight price bump on the current Charger SRT8’s $38,180 sticker.