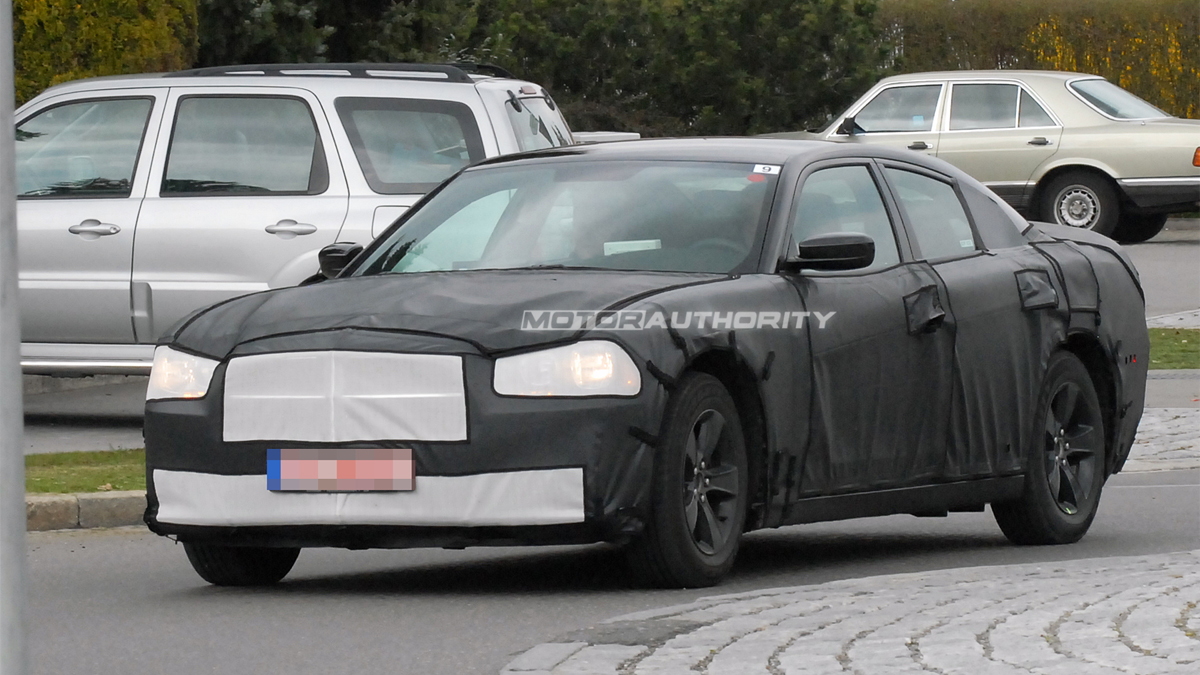 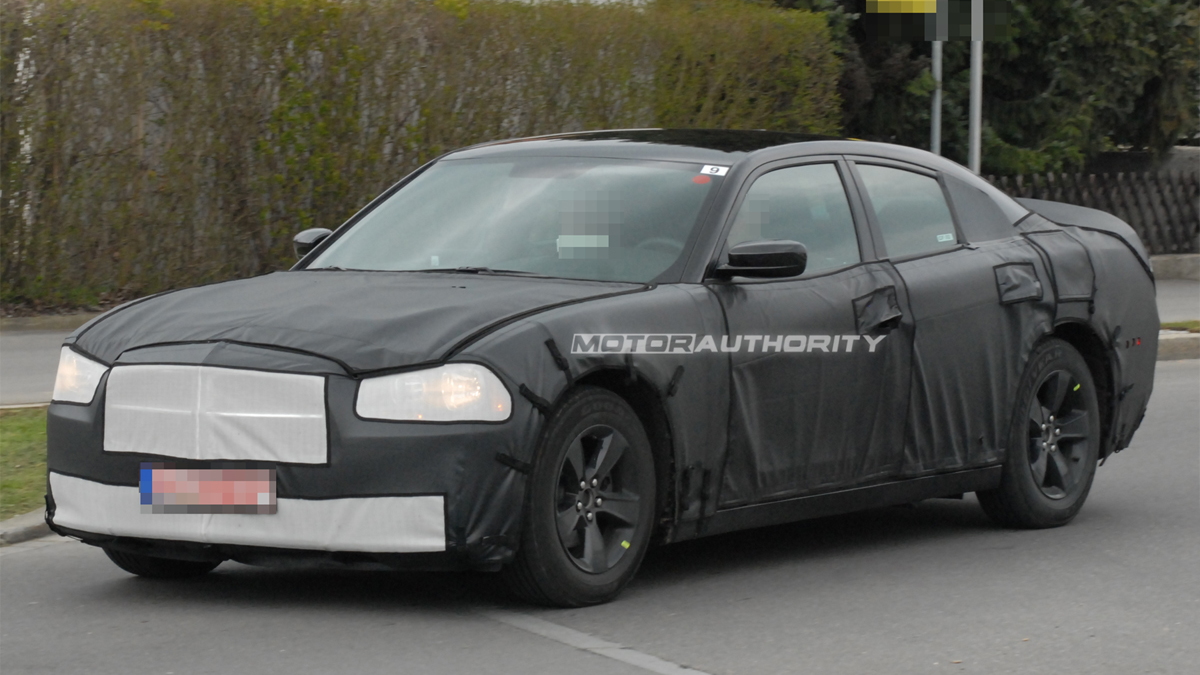 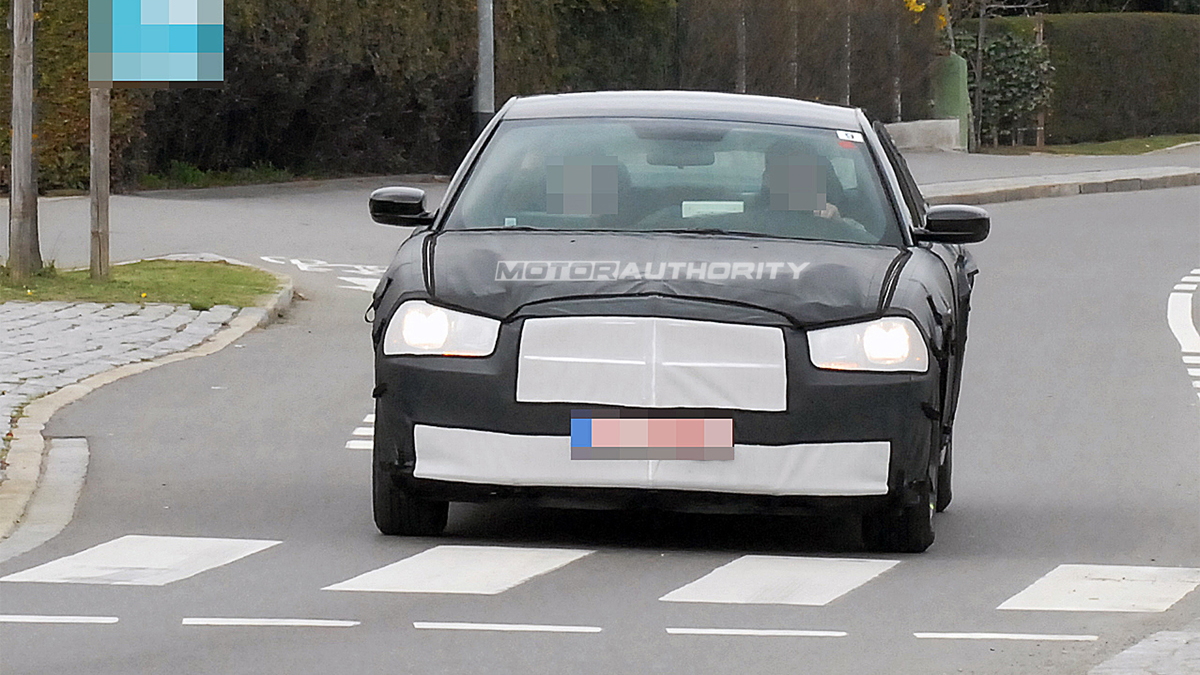 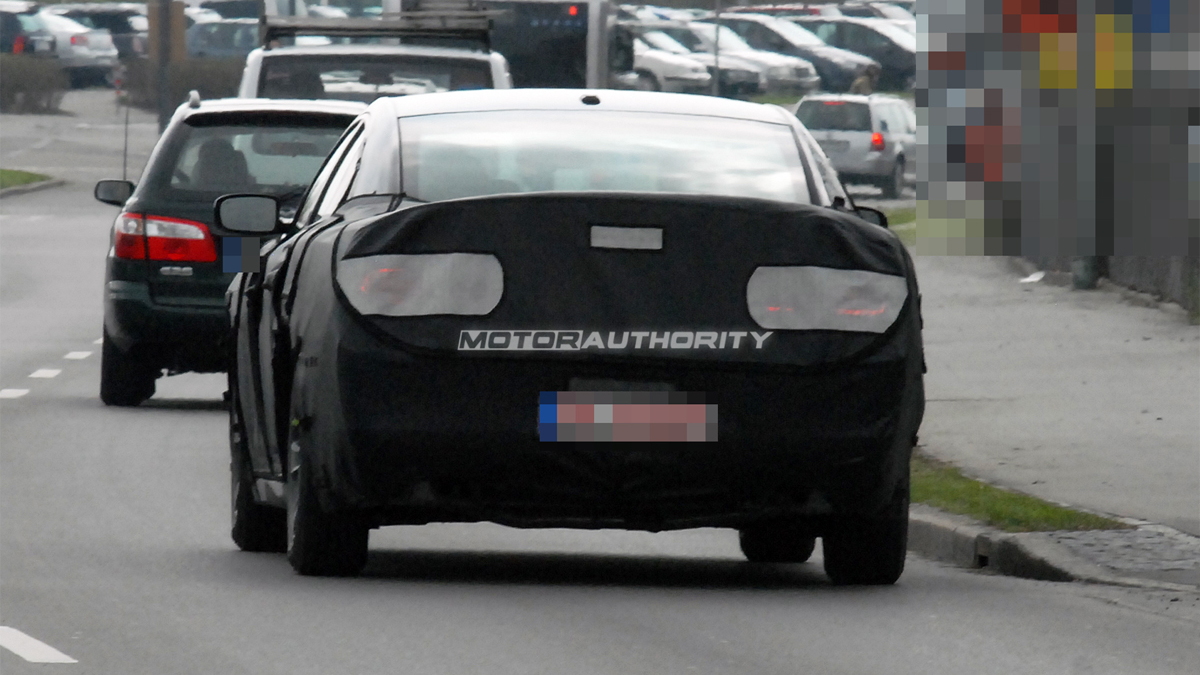 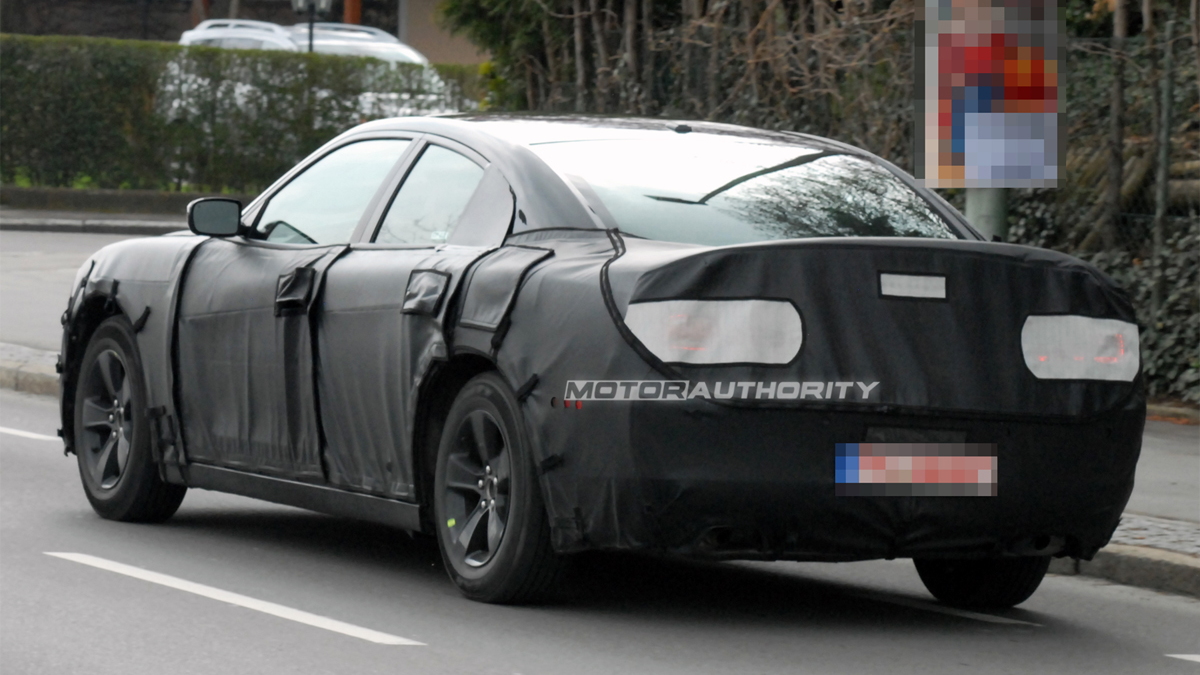 The Viper is leaving us, the Challenger is likely to stay unchanged for a few more years, and the rest of the Chrysler lineup is pretty much trucks and fleet sedans. But the 2011 Dodge Charger is on deck, and it may be poised to once again shake up the large-sedan segment with its looks and, in R/T and SRT8 guise, performance as well. These spy shots show the car in late-stage development, though due to the heavy camo, the details are obscured.

Up front, the crosshair grille is printing through the fabric, so we can expect that to stick around for the new car, and some of the funkier angles of the roofline appear to have been rounded out and smoothed off, while the notchy, step-flared side profile looks to have take an iterative step forward, smoothing things out a bit, but still offering a muscular look. Out back, the car seems a bit less hefty than its predecessor, with a large spoiler indicating this model may be testing for the R/T or SRT8 aero package.

Under the hood, we expect an uprated version of the 5.7-liter HEMI V-8 for the R/T, which could generate numbers as high as 390 horsepower. The SRT8 version, which we expect to stick around for the new car as well, could stick with the current 6.1-liter HEMI's 425-horse output, though a bump to increase differentiation from the R/T model might send it closer to 450 horsepower.

Though the early spy shots of the 2011 Charger had us hopeful it would make its auto show debut in the first half of 2010, it now looks like we'll have to wait until later this year, perhaps Los Angeles, before the car is unveiled. Production should start toward the end of 2010.