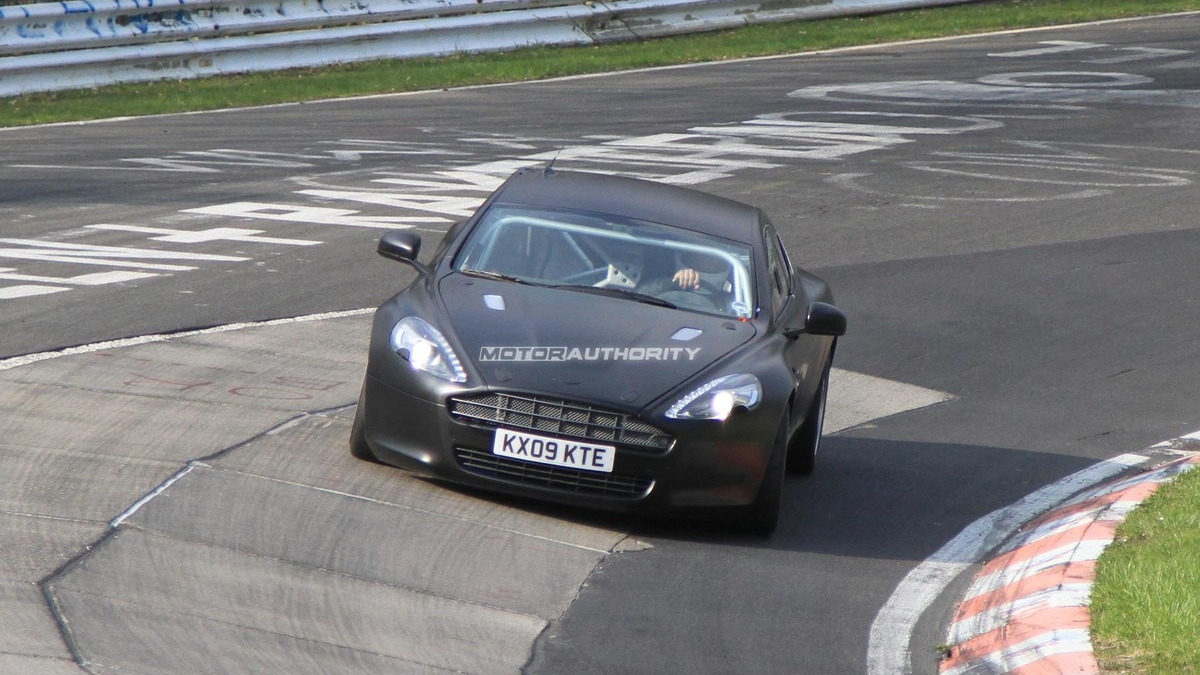 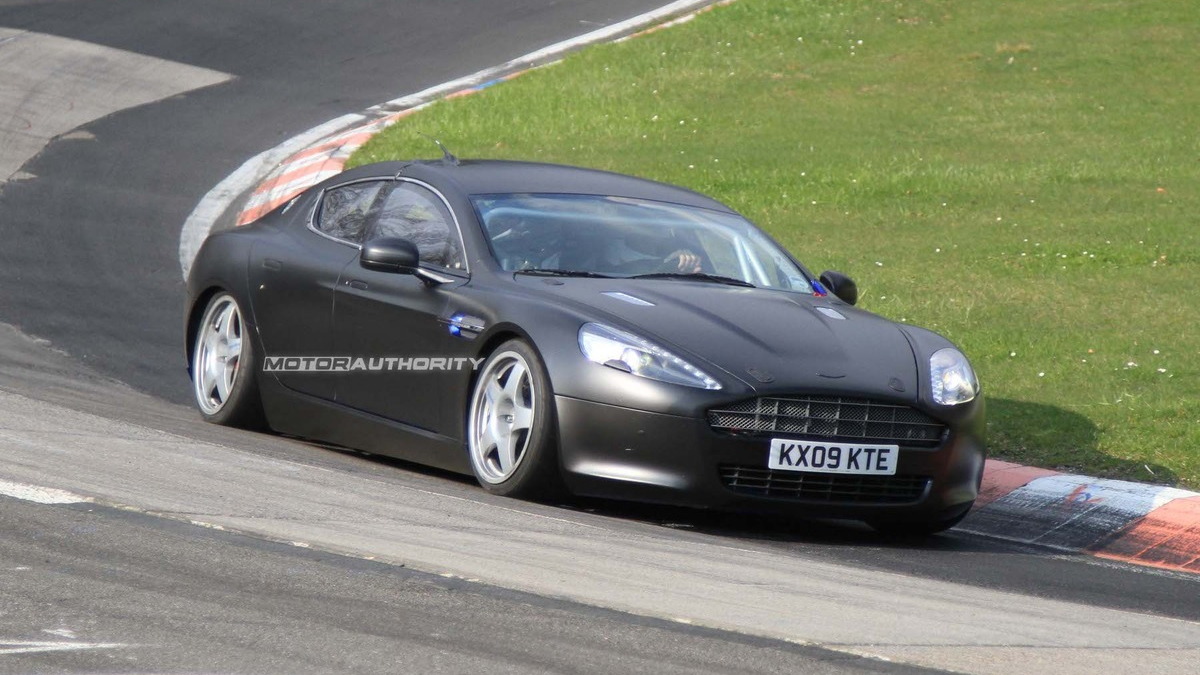 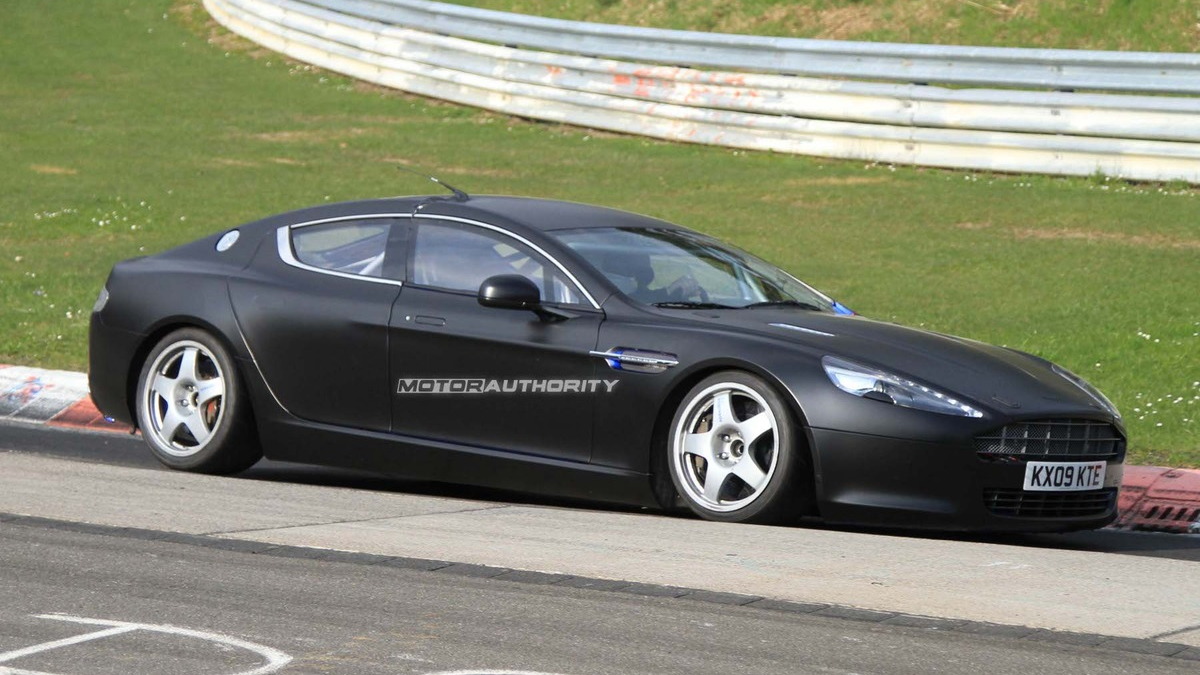 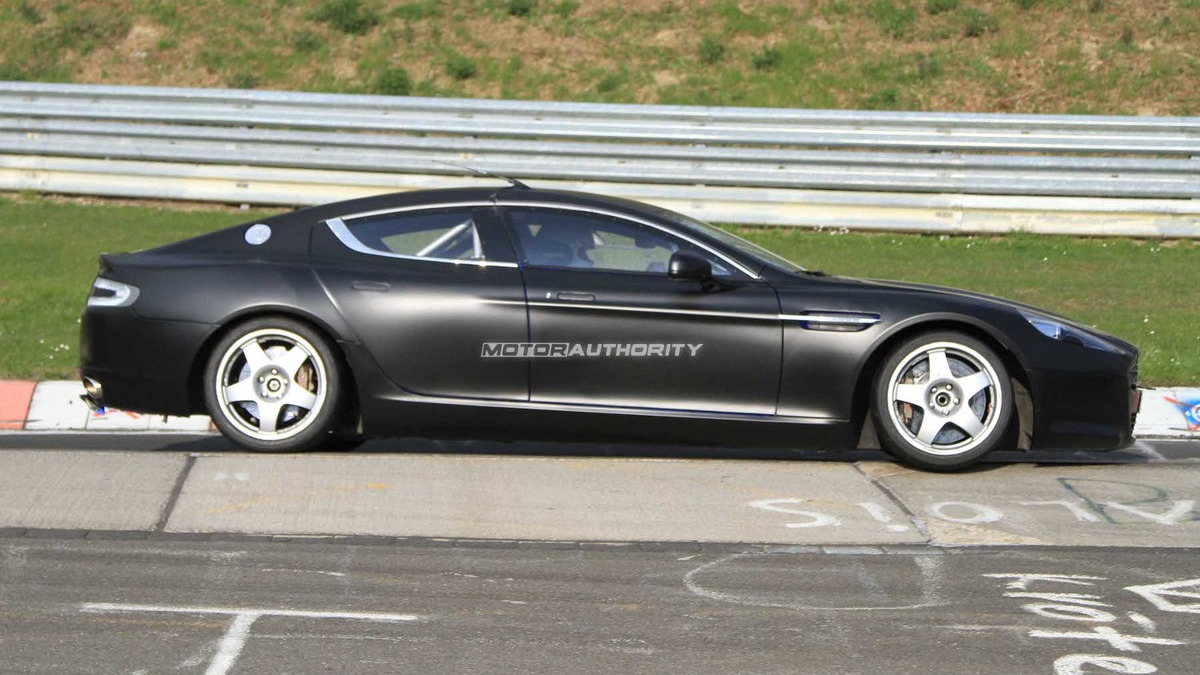 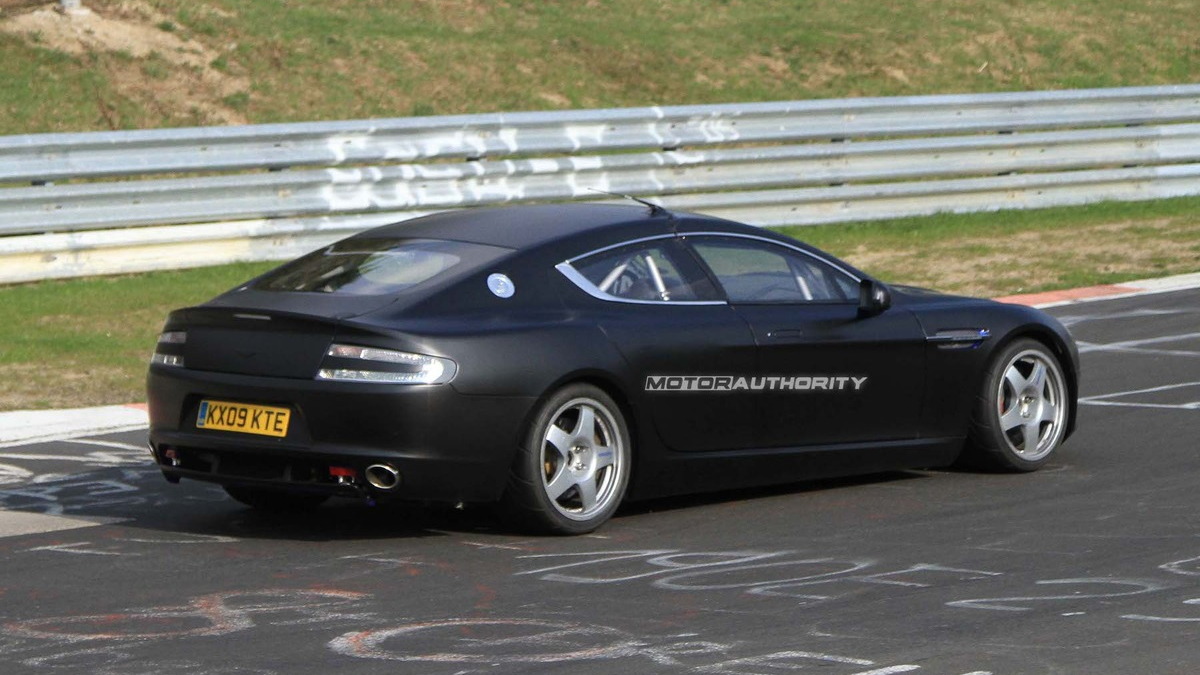 Earlier this month Aston Martin announced that the new Rapide would take to the track to prove its mettle in this year's Nurburgring 24 Hours, releasing a single image of the car in racing livery. But our spy photographers have nabbed the caged racing Rapide in action as it runs the 'Ring in preparation for the race.

The car will actually first contest a four-hour race this weekend ahead of the big 24-hour run around the Green Hell in May, and as these photos show, it looks ready for the challenge. Aside from the lower ride height, evidently stiffer suspension, and what look to be slightly smaller wheels, the car is also sporting a roll cage, visible through the car's windows. Otherwise, the exterior of the car looks almost completely stock. Announced changes also include the removal of some interior trim, a fire-suppression system and slick racing tires.

Just under a month of testing is left before the big race, where a team of engineers plus Aston Martin CEO Ulrich Bez will take the wheel on May 15. Alongside the Rapide will be a V12 Vantage that took the class win in its 2009 debut, finishing 21st overall. Lexus is also planning to run its new LFA supercar in the race, though its decidedly more focused construction and two-door layout will likely take it out of direct competition with the Rapide.\

For more on the production 2010 Rapide, check out our own Marty Padgett's first-drive review here.