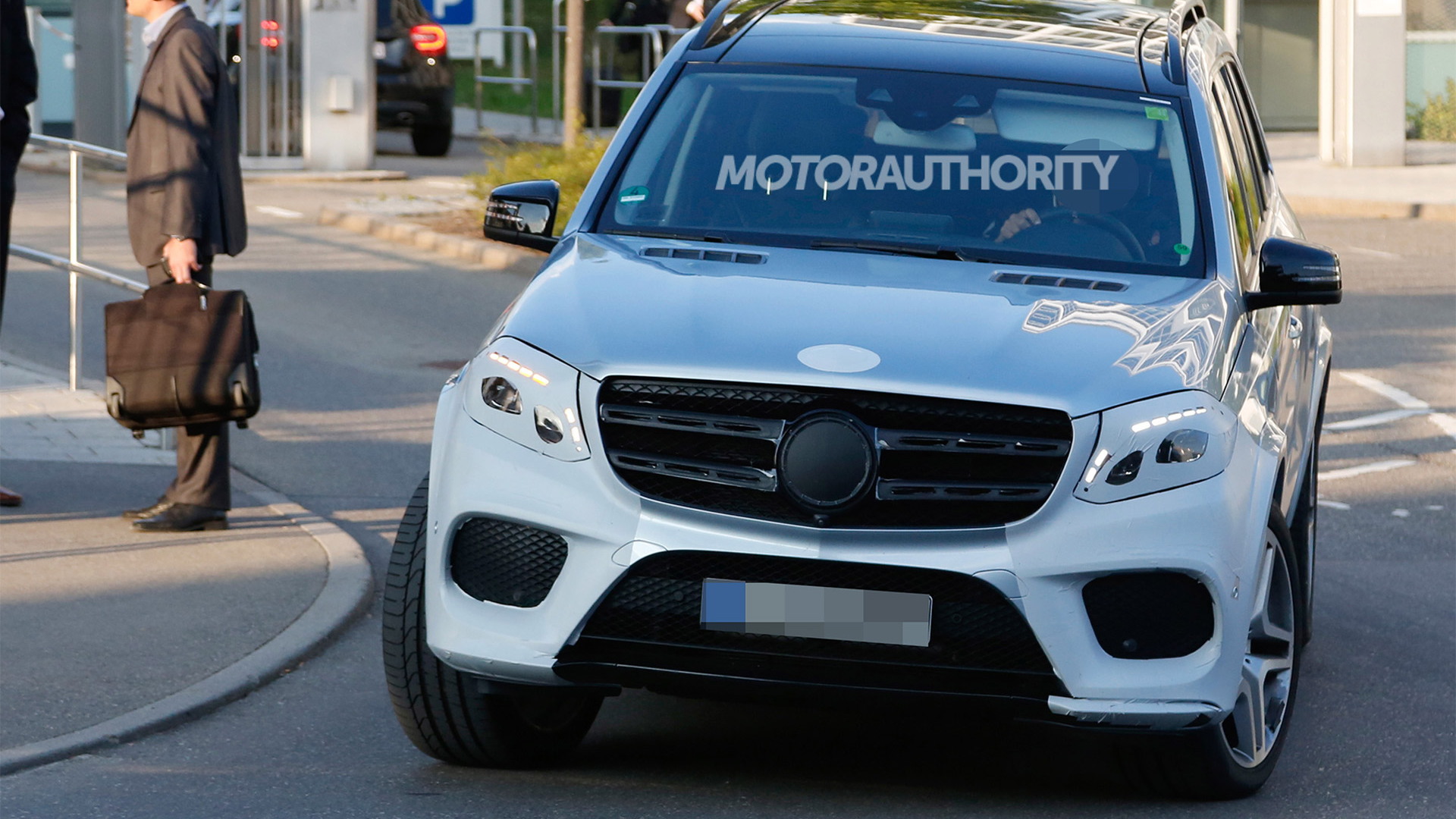 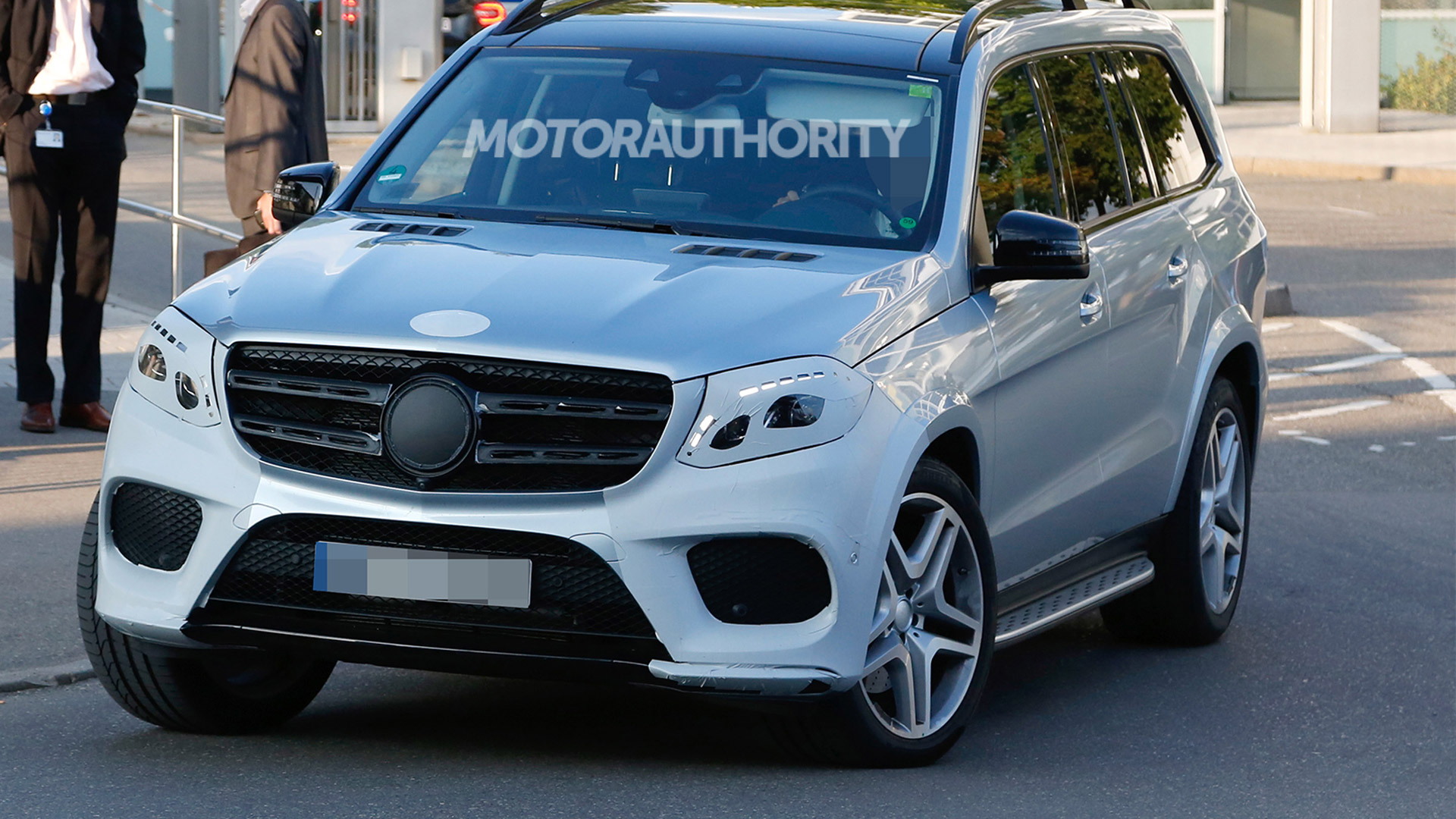 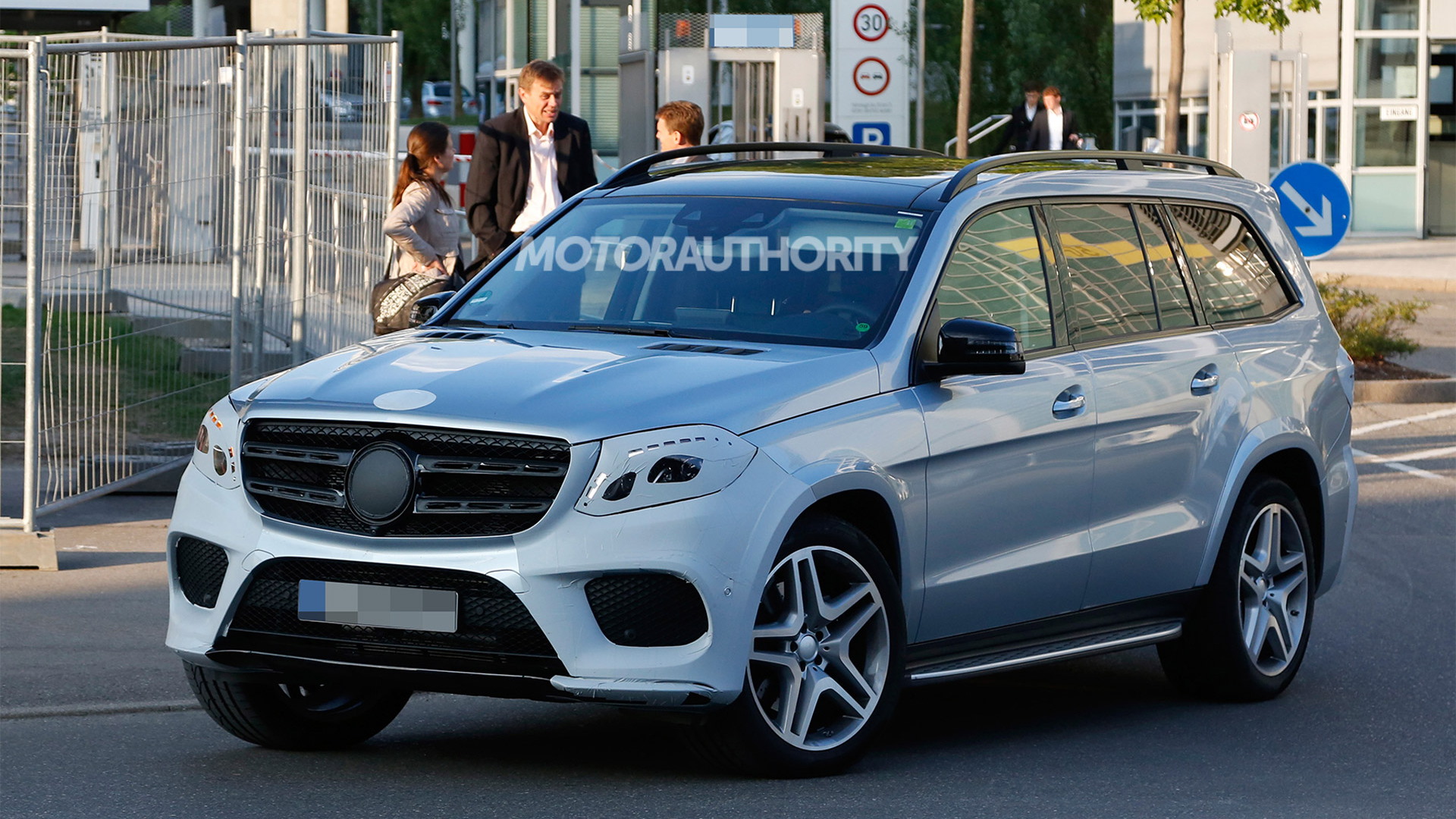 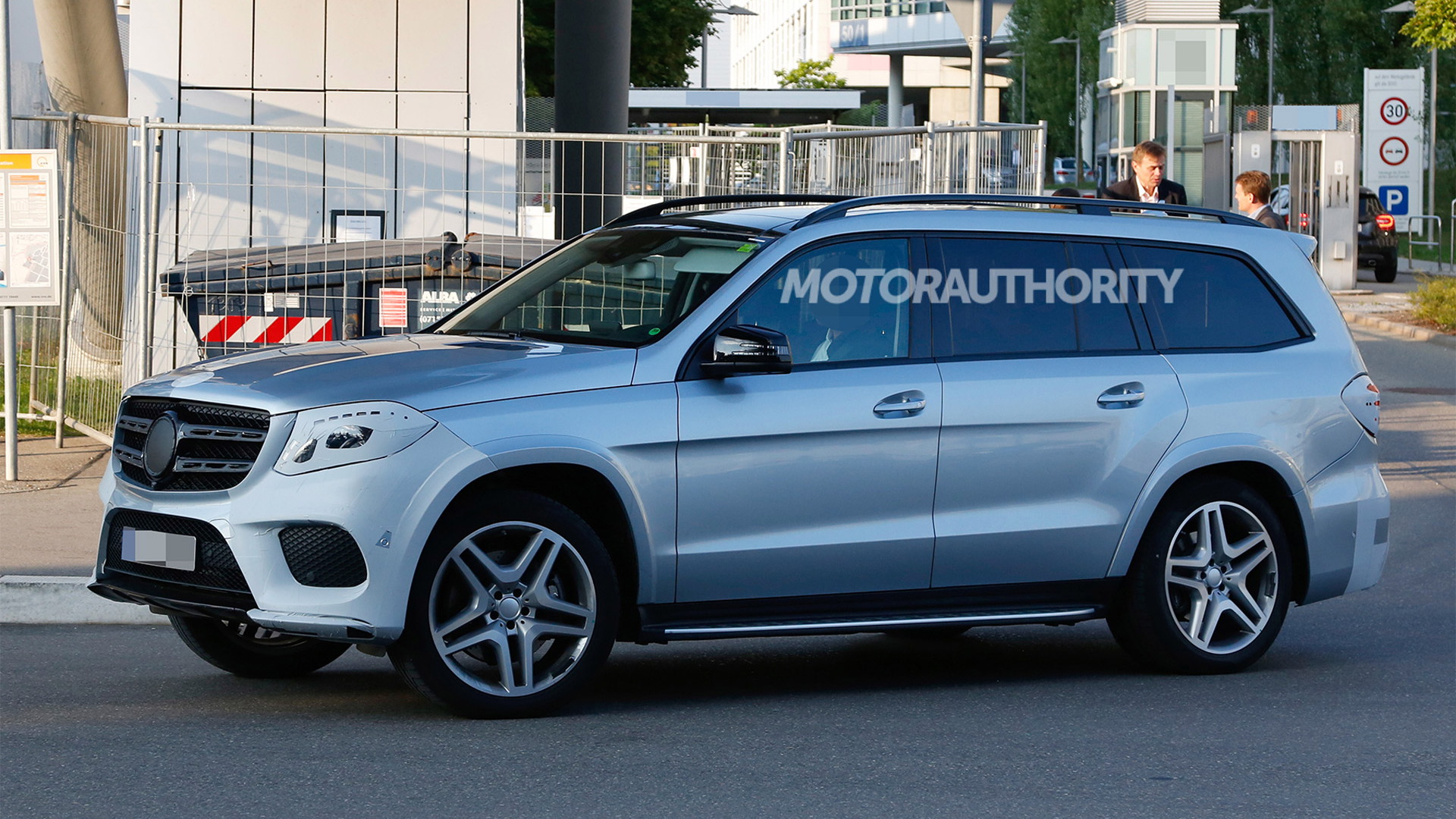 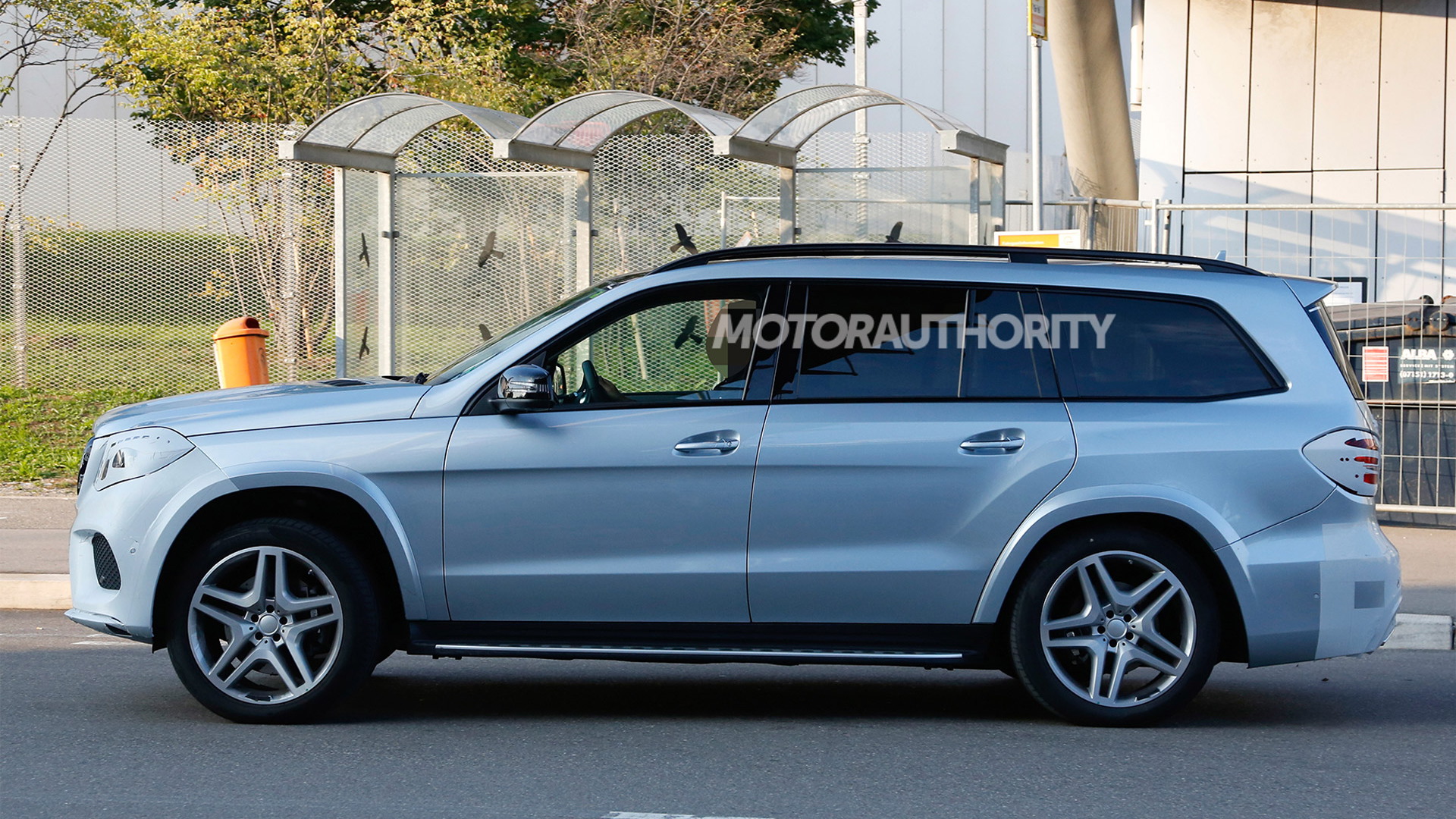 Mercedes-Benz is working on some subtle updates for its GL-Class, updates the German automaker confirmed will be introduced for the 2017 model year. The current GL was all-new for 2013, so the 2017 model year roughly coincides with the full-size SUV’s mid-cycle. Prototypes for the updated version have just been spotted again.

The big news is that the SUV will no longer be called a GL, but rather a GLS in line with Mercedes’ new naming strategy. The “S” in the title signifies that this large, luxurious SUV is positioned alongside the S-Class range of models.

Various GLS prototypes have been spotted, all of them revealing new bumper and grille designs. The headlights are also new, while at the rear the shape of the tail-lights will remain the same but with some new graphics inside them.

Moving to the interior, look for a redesigned dash, new trim materials and an updated infotainment system. A new display screen will be mounted in the dash, with the interior pretty much looking like the one in the M-Class-replacing GLE range.

We’ve also heard that an ultra-luxurious Mercedes-Maybach version of the GLS is in the works, though well-heeled buyers will likely have to wait until the arrival of a complete redesign of the GLS for that particular model. We should have more details soon, as the 2017 Mercedes-Benz GLS is expected to be unveiled at next month's 2015 Los Angeles Auto Show.