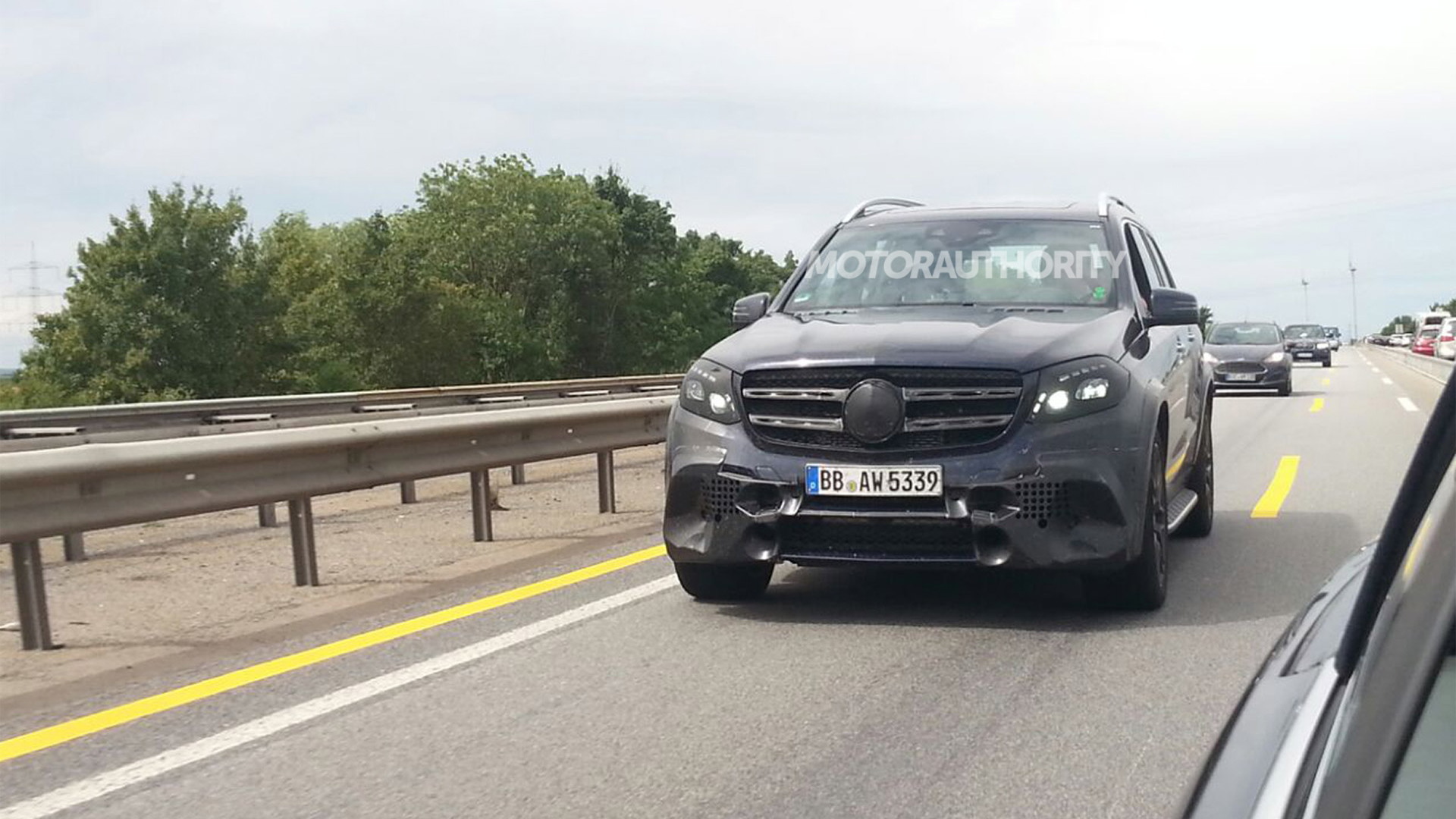 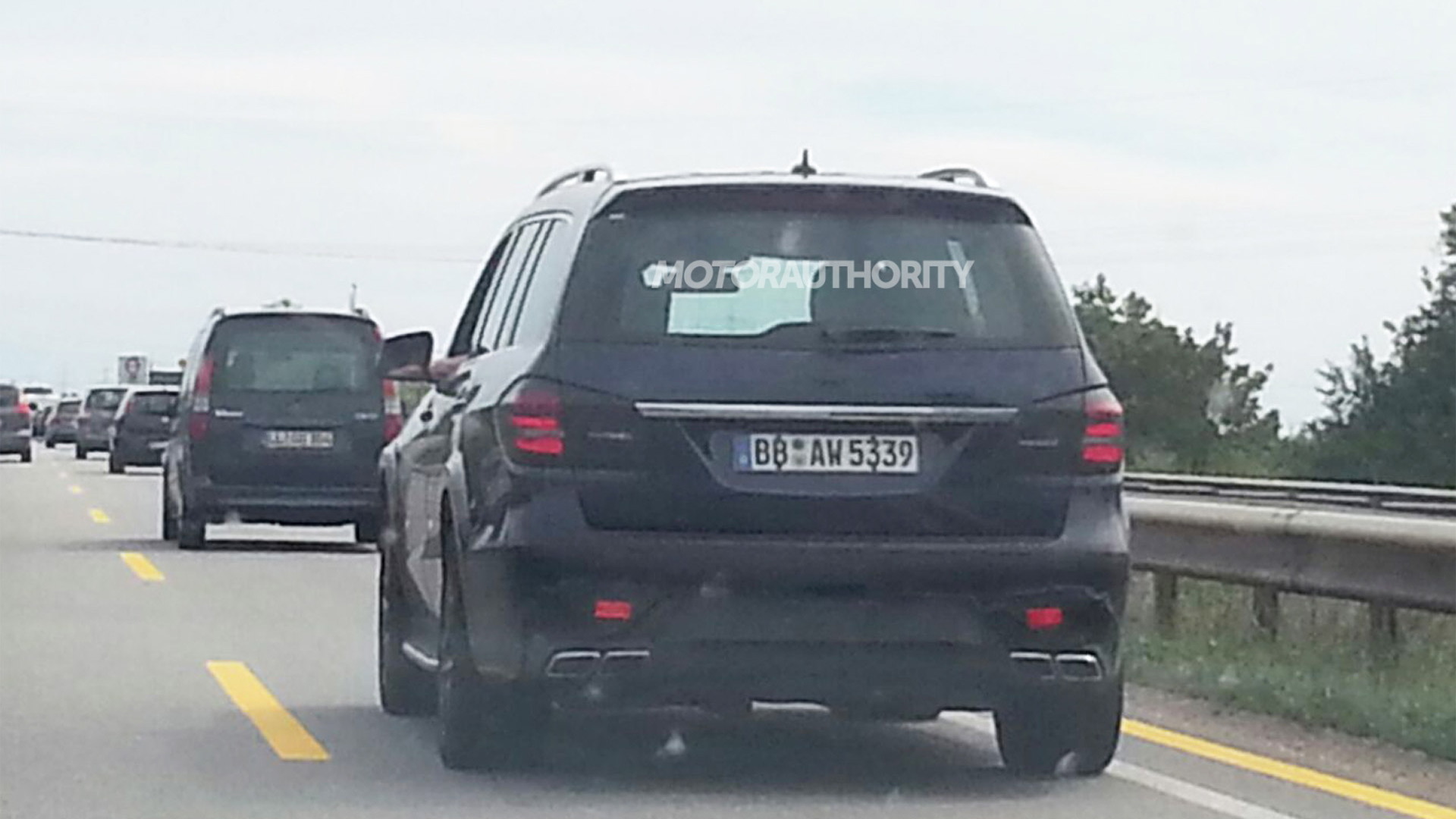 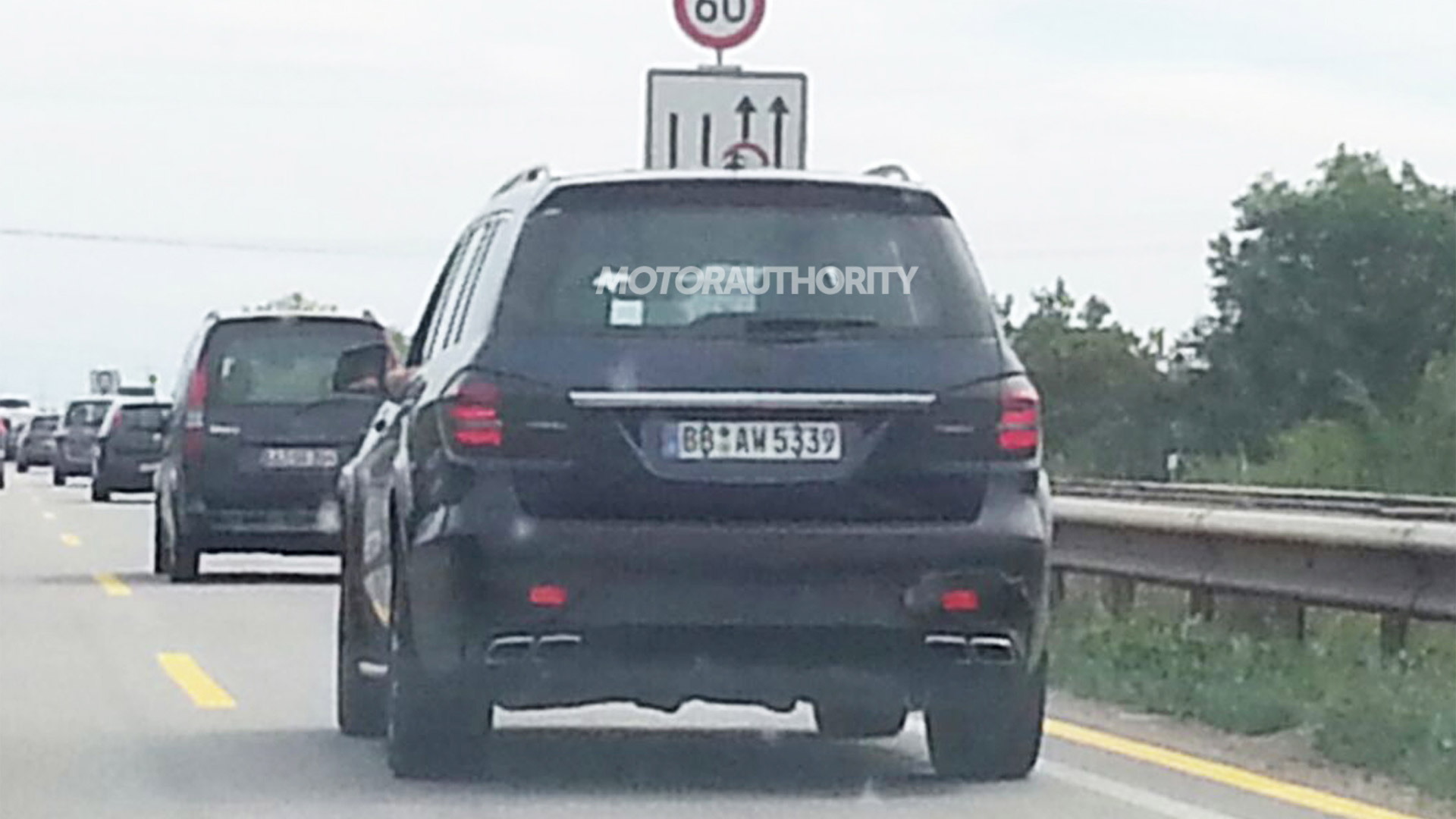 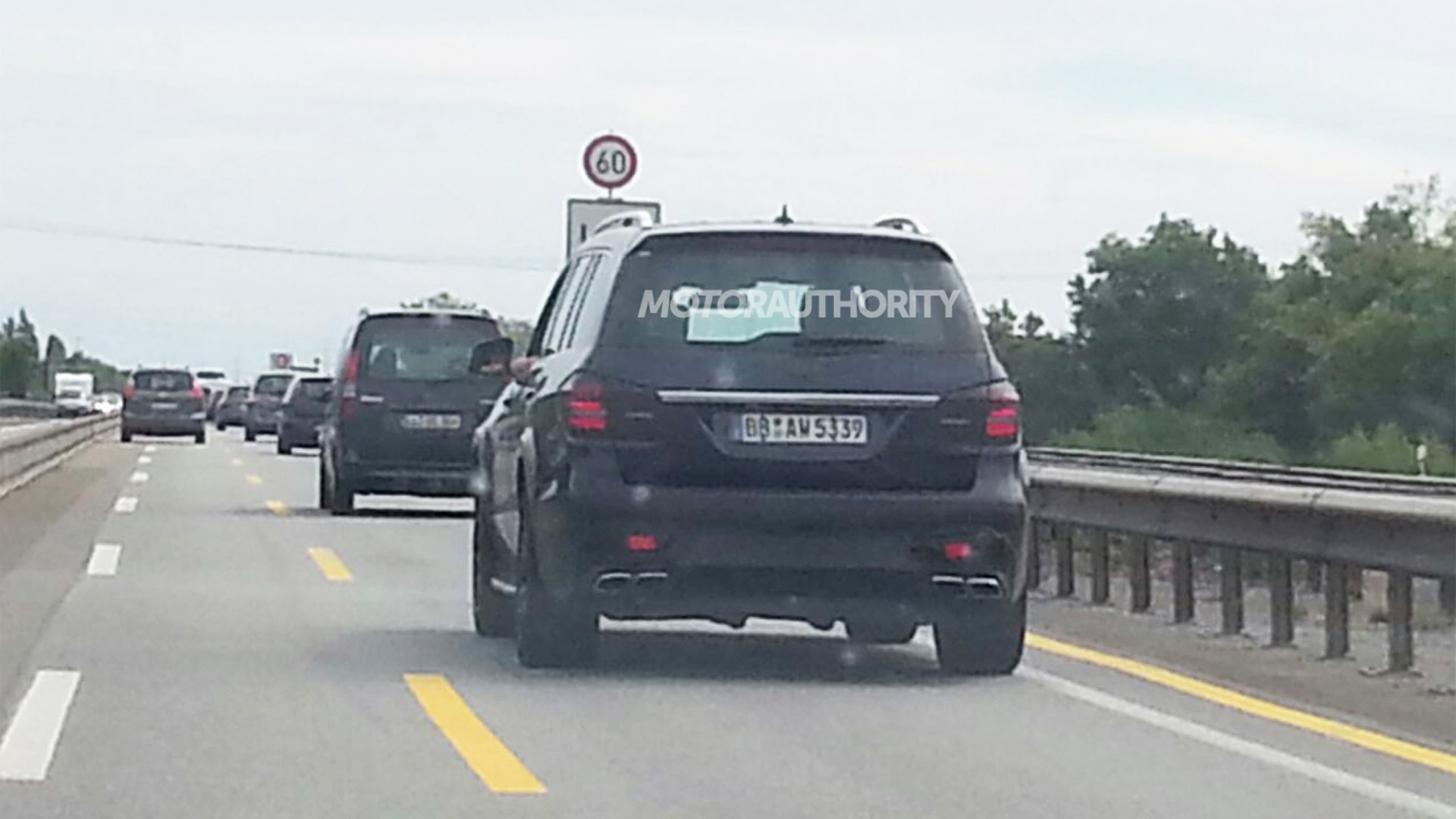 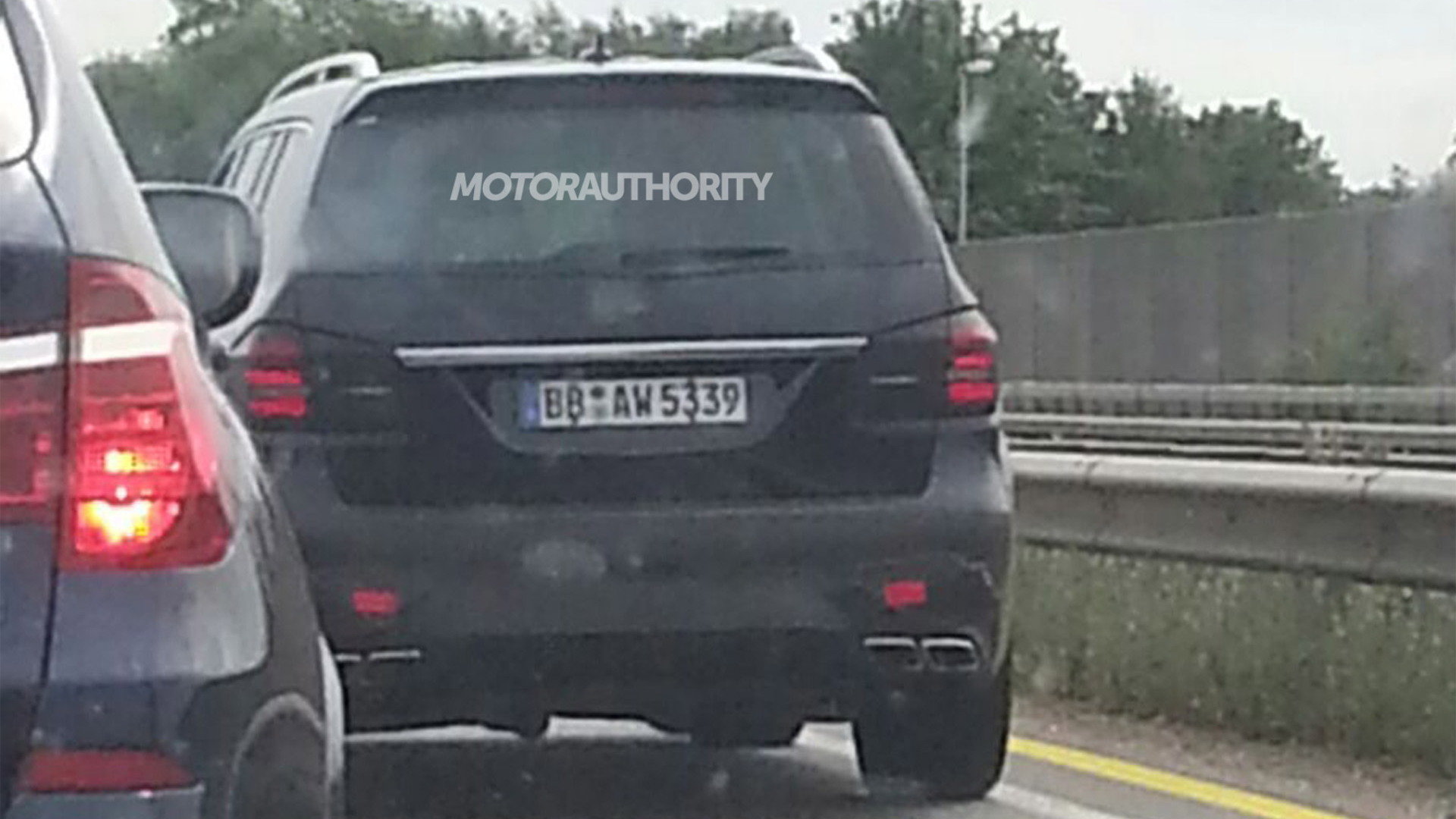 Mercedes-Benz is working on a mid-cycle update for its GL-Class that will see the full-size luxury SUV rebranded a GLS in line with the automaker’s latest naming scheme. Like the GL, the new GLS will feature a high-performance variant developed by Mercedes-AMG, a prototype for which has been spotted once again.

The new performance variant will be badged a GLS63, and its basic specifications should be similar to those of the GL63 it will replace. This means a twin-turbocharged 5.5-liter V-8 mated to a seven-speed automatic transmission and drive going to all four wheels.

Peak output in the GLS63 should match the 550 horsepower and 516 pound-feet of torque delivered in the mid-size GLE63 that was  just launched on the market. We may also see a slightly more potent S model this time around. This potential GLS63 S should match the 577 hp and 561 lb-ft offered in the GLE63 S, and will almost certainly better the 4.9 seconds it takes the current GL63 to reach 60 mph. Top speed should remain governed at 155 mph.

While there aren’t expected to be many powertrain mods, the exterior will receive a substantial makeover. We can already see that the new GLS range, including this GLS63, will feature a new hood, a more rounded front end and revised head and tail-lights. We also know that plusher materials, more electronic driver aids and a more advanced infotainment system will feature in the cabin.

We should have more details soon, as the updated GLS range is due to be revealed late this year or early next. The vehicles are expected in showrooms by next spring, as 2017 models.

Note, we’ve also heard that an ultra-luxurious Mercedes-Maybach version of the GLS is in the works, though well-heeled buyers will likely have to wait until the arrival of a next-generation GLS for its availability.