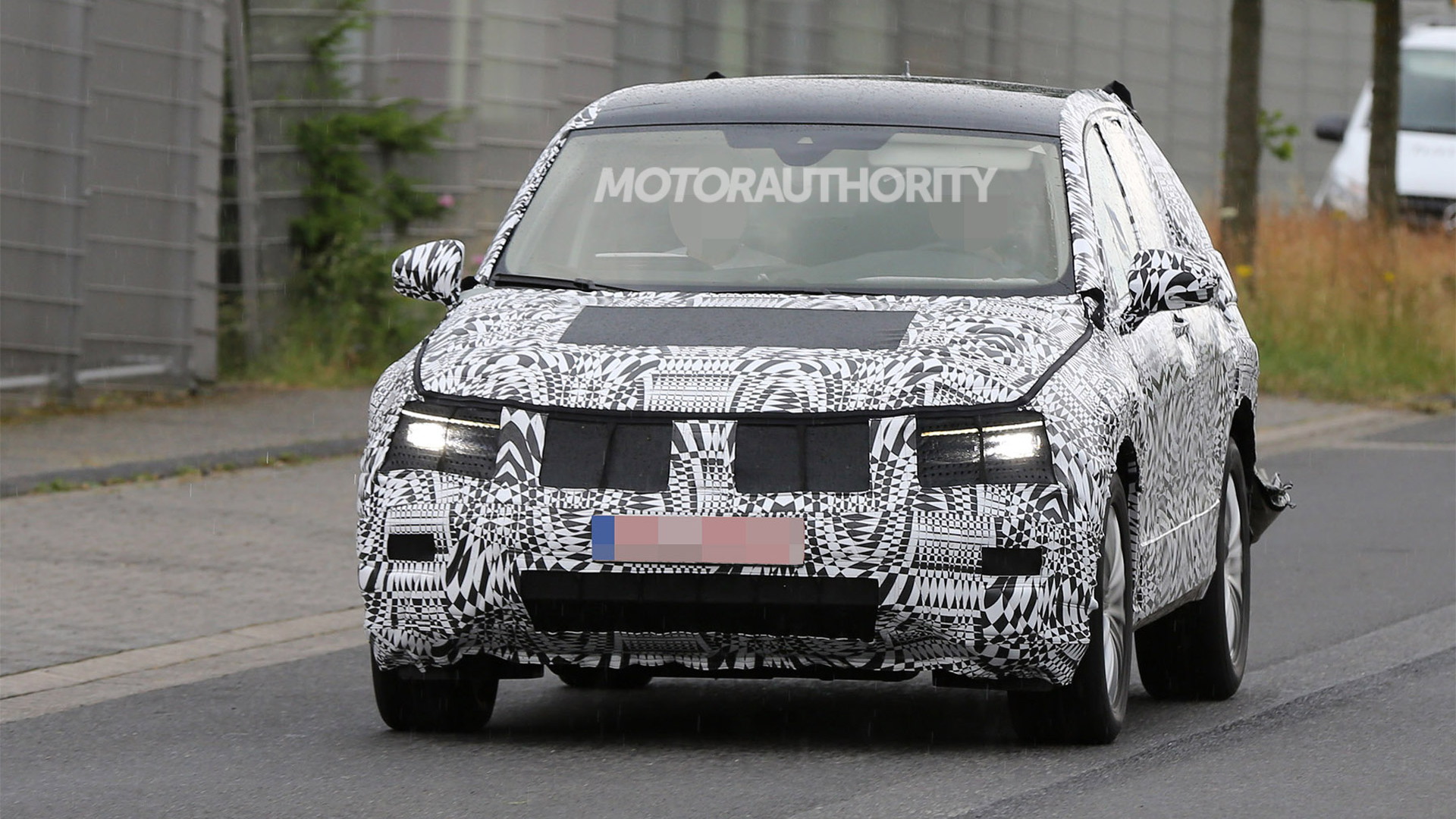 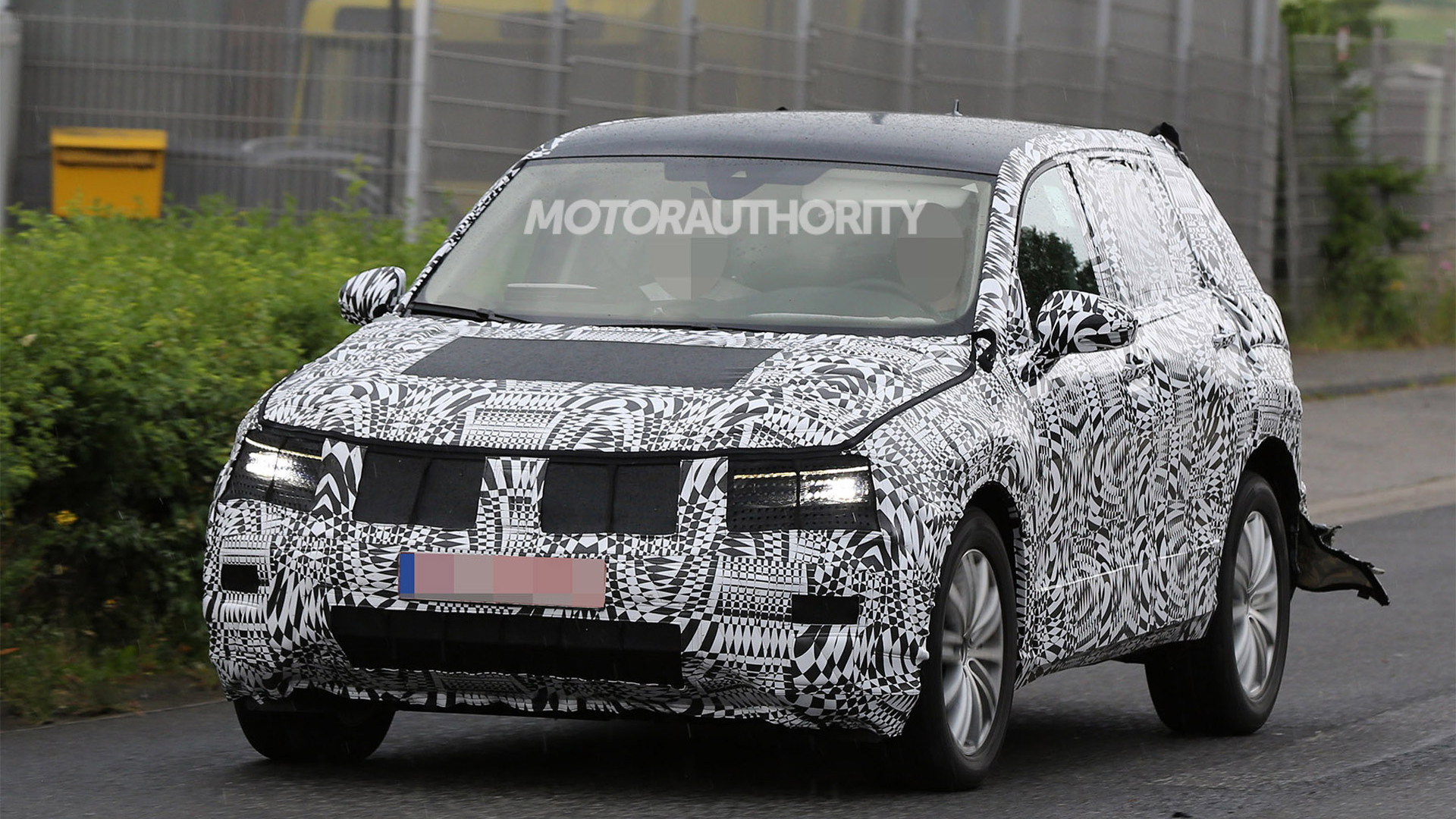 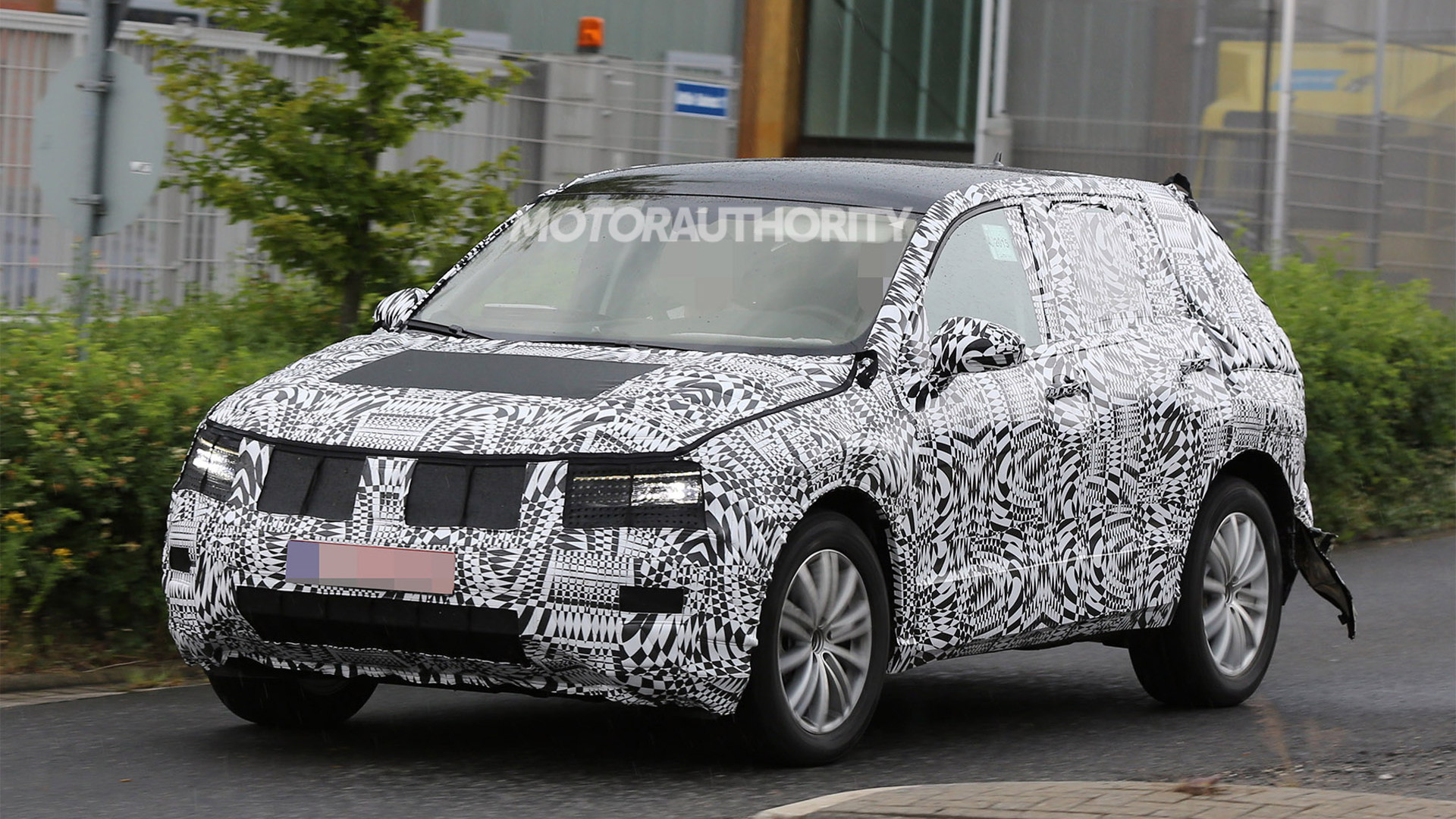 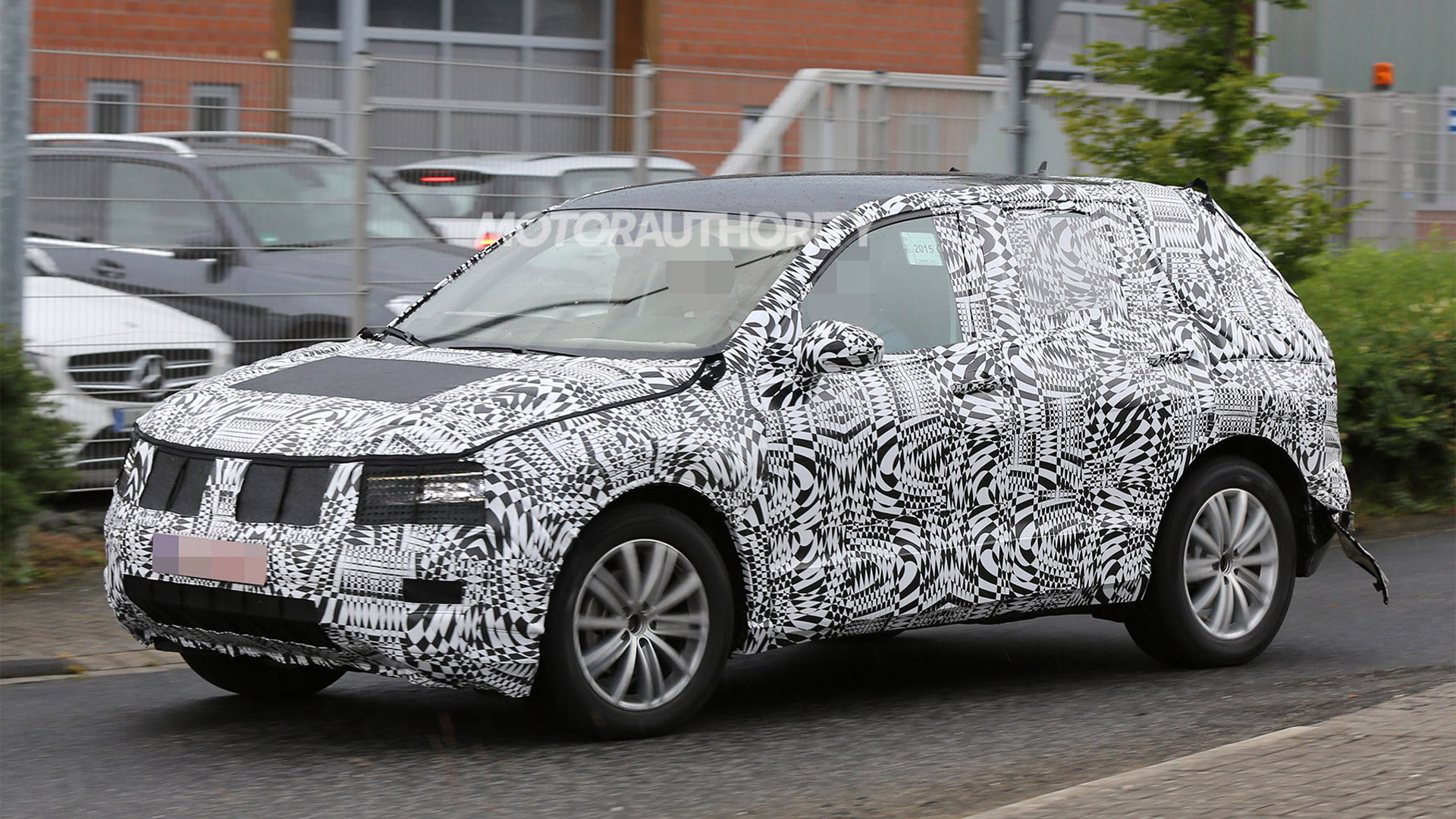 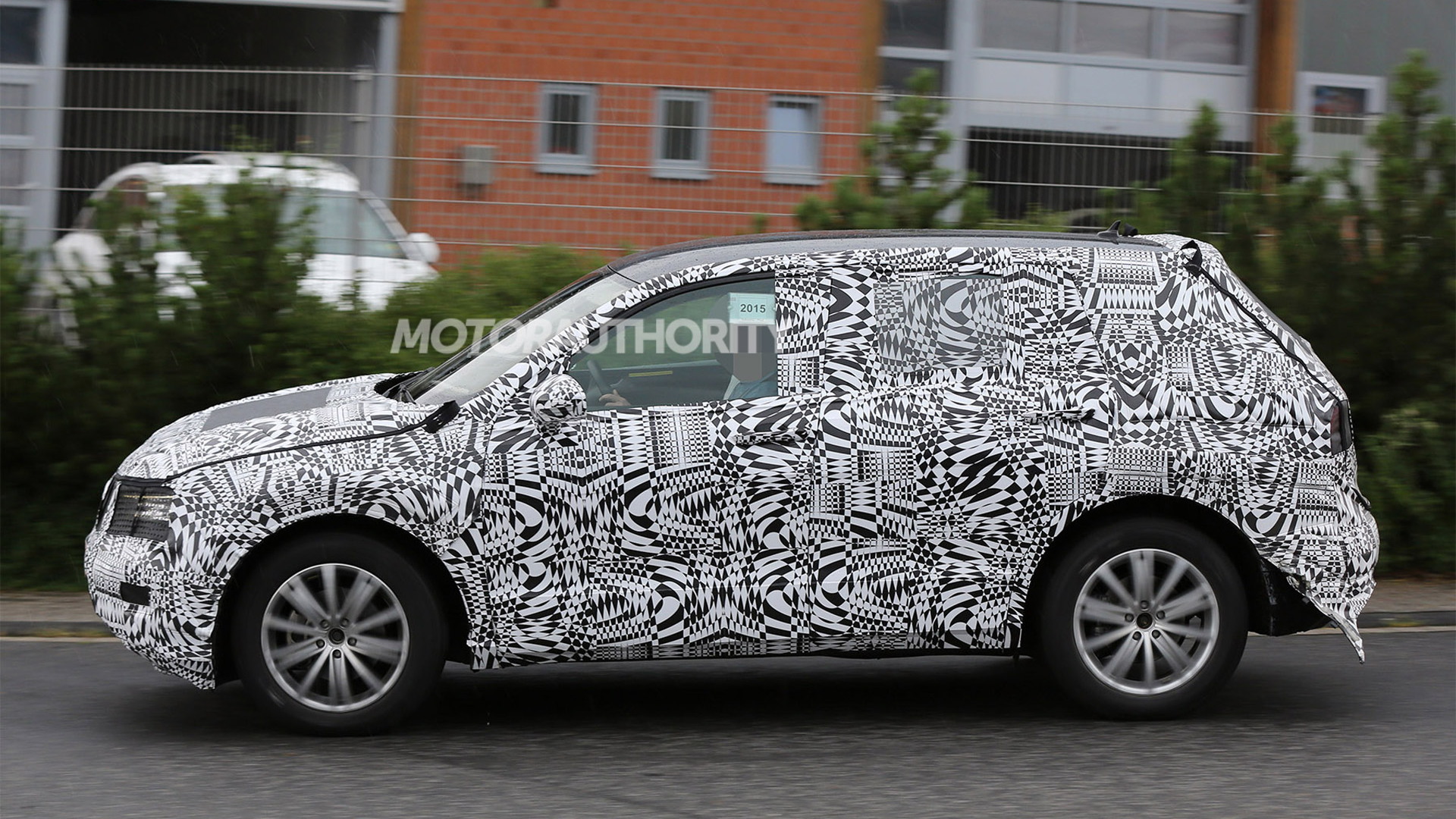 An all-new version of Volkswagen’s Tiguan compact crossover is expected to debut September 15 at the 2015 Frankfurt Auto Show, and we have new, more revealing spy shots of a prototype plus a video. This new Tiguan will go on sale in Europe near the end of the year but isn’t expected in the United States until sometime in 2017. It should arrive here as a 2018 model.

Though heavily camouflaged, we can see the design features chunky, SUV-like proportions similar to those found on 2013’s CrossBlue concept that previews the new mid-size SUV VW plans to build at its Chattanooga plant starting next year. The design seen here also appears much sportier than the current Tiguan, with a low roof and even a sporty diffuser at the rear. The most recent Cross Coupe GTE concept (shown below) hints at what’s to come.

For the interior, once again the Cross Coupe GTE concept provides some clues. Expect a similar layout to the one found in the concept with a large touchscreen display in the center stack and a digital display in the instrument cluster. VW also plans gesture control technology, which the German brand will initially launch in the Golf compact.

The new Tiguan adopts VW’s flexible MQB platform and appears slightly larger than the current model. This one is a five-seater but a stretched version with seven seats split over three rows is also in the works. The seven-seat version has been confirmed to start production at VW’s plant in Puebla, Mexico in 2017.

VW’s powertrain strategy for the new Tiguan isn’t clear but we can expect a turbocharged 2.0-liter four-cylinder to remain the volume option. This is likely to be joined by a diesel option for the first time here in the U.S. Further down the track a hybrid option may join the ranks too.

The new Tiguan is expected to be priced more competitively than the current model, which is more expensive than key rivals like the Honda CR-V and Ford Escape. Note, VW is working on additional crossovers and SUVs to take advantage of strong demand for high-riding models. One is the mid-size model mentioned above. Another that we know of is a subcompact crossover designed to take on the likes of the Chevrolet Trax, Ford EcoSport and Nissan Juke. Then there could be at least two crossovers with coupe-like styling, one Tiguan-based and the other based on the mid-size model.