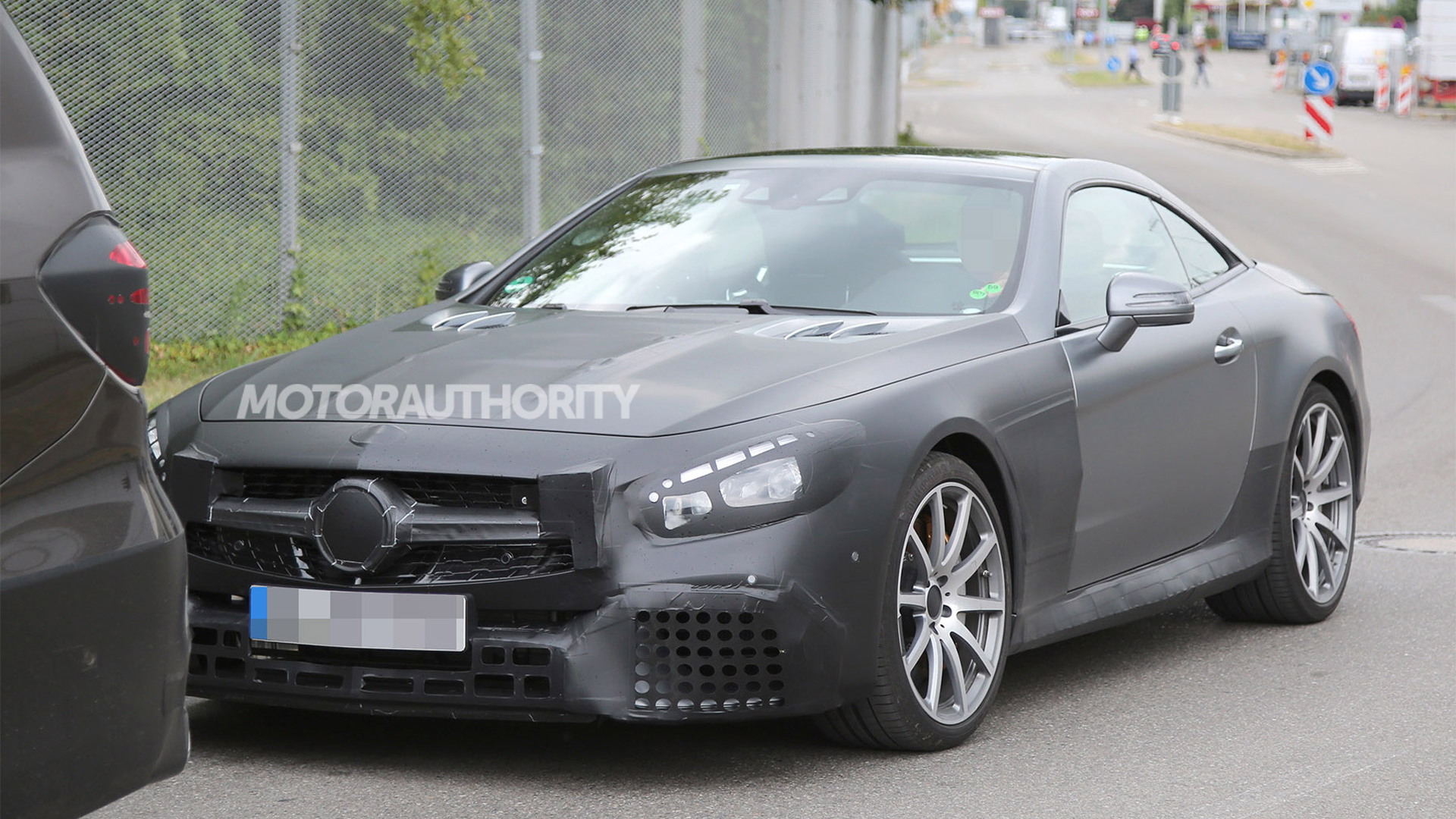 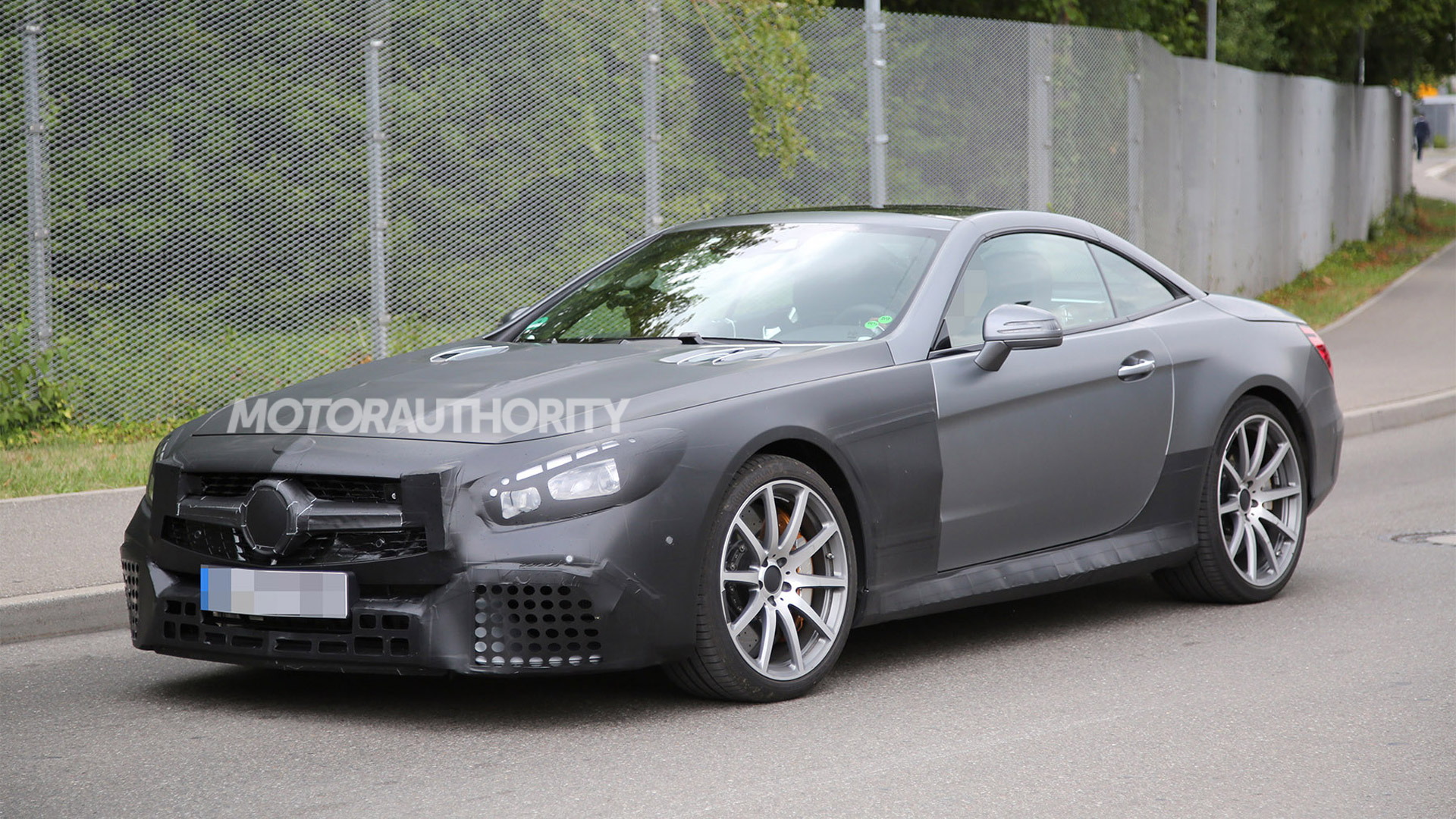 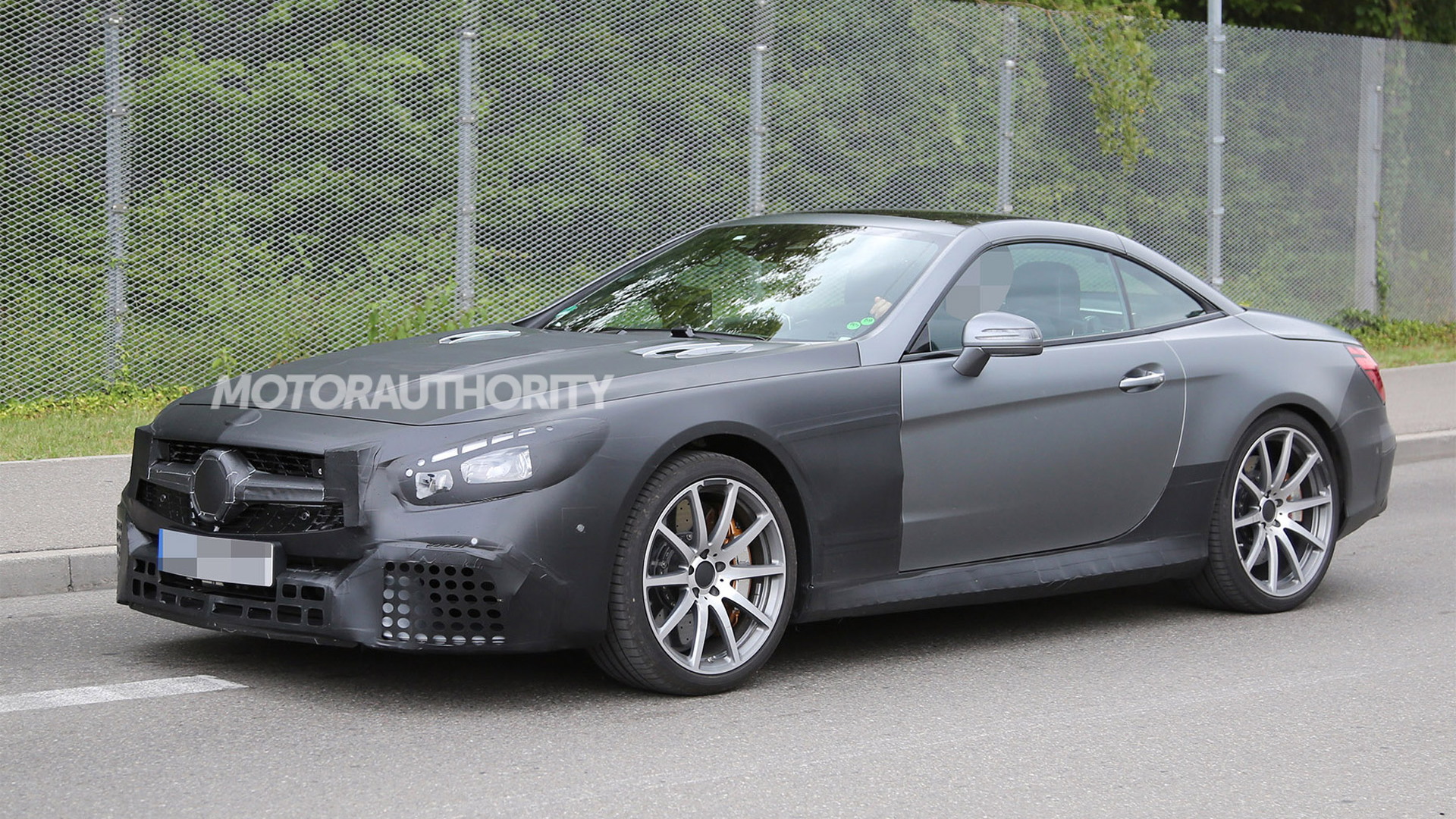 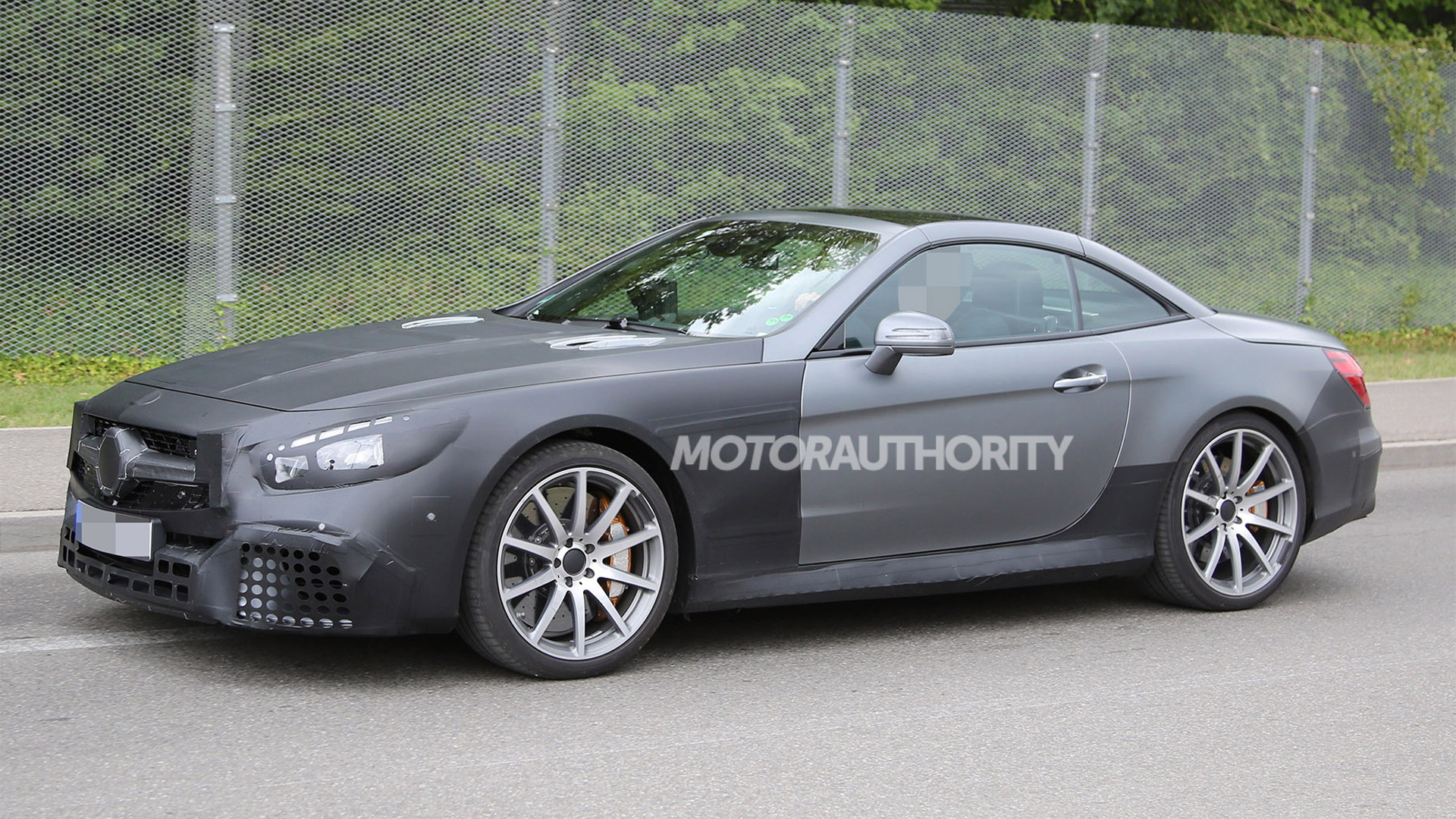 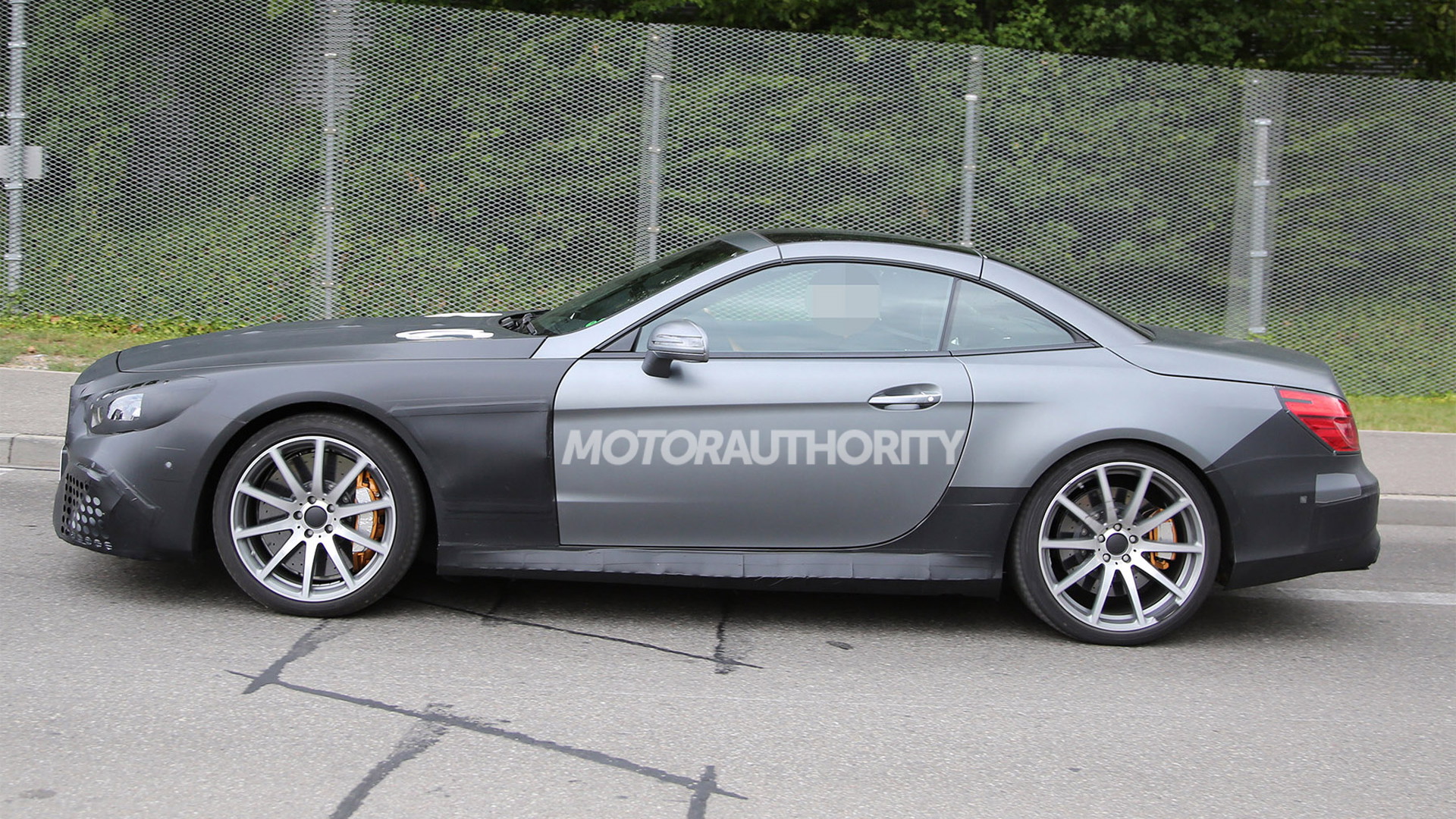 Mercedes-Benz is working on a mid-cycle update for its SL-Class, and that means all the separate variants including the high-performance Mercedes-AMG offerings are also due to be updated. Today we have the first spy shots of the updated Mercedes-AMG SL63.

The updated SL arrives next year, as a 2017 model, and will benefit from some much-needed visual tweaks around the front end that will give it a sleeker, sportier appearance. In particular, we expect new headlights, a new grille, new graphics in the tail lights, and new bumpers at both ends.

On this Mercedes-AMG variant, we can see that the sharp lines on the front bumper of the current model have been replaced by smoother sections. It also looks like the car receives the Affalterbach tuner’s signature A-wing front splitter.

For the interior, look for a few minor tweaks along with some new tech features. Some of these could be new electronic driver aids.

The SL63 received a power boost for 2015 so we’re not expecting any changes under the hood. The power boost saw the car’s twin-turbocharged 5.5-liter V-8 dish out 577 horsepower and 664 pound-feet of torque, and this should stay the same for the updated model. An updated SL65 is also planned, and this model’s twin-turbocharged 6.0-liter V-12 should stick with its current rating as well—an incredible 621 hp and 738 lb-ft.

Look for a debut of the updated SL63 early next year. In the meantime, read our first drive report on the current model.