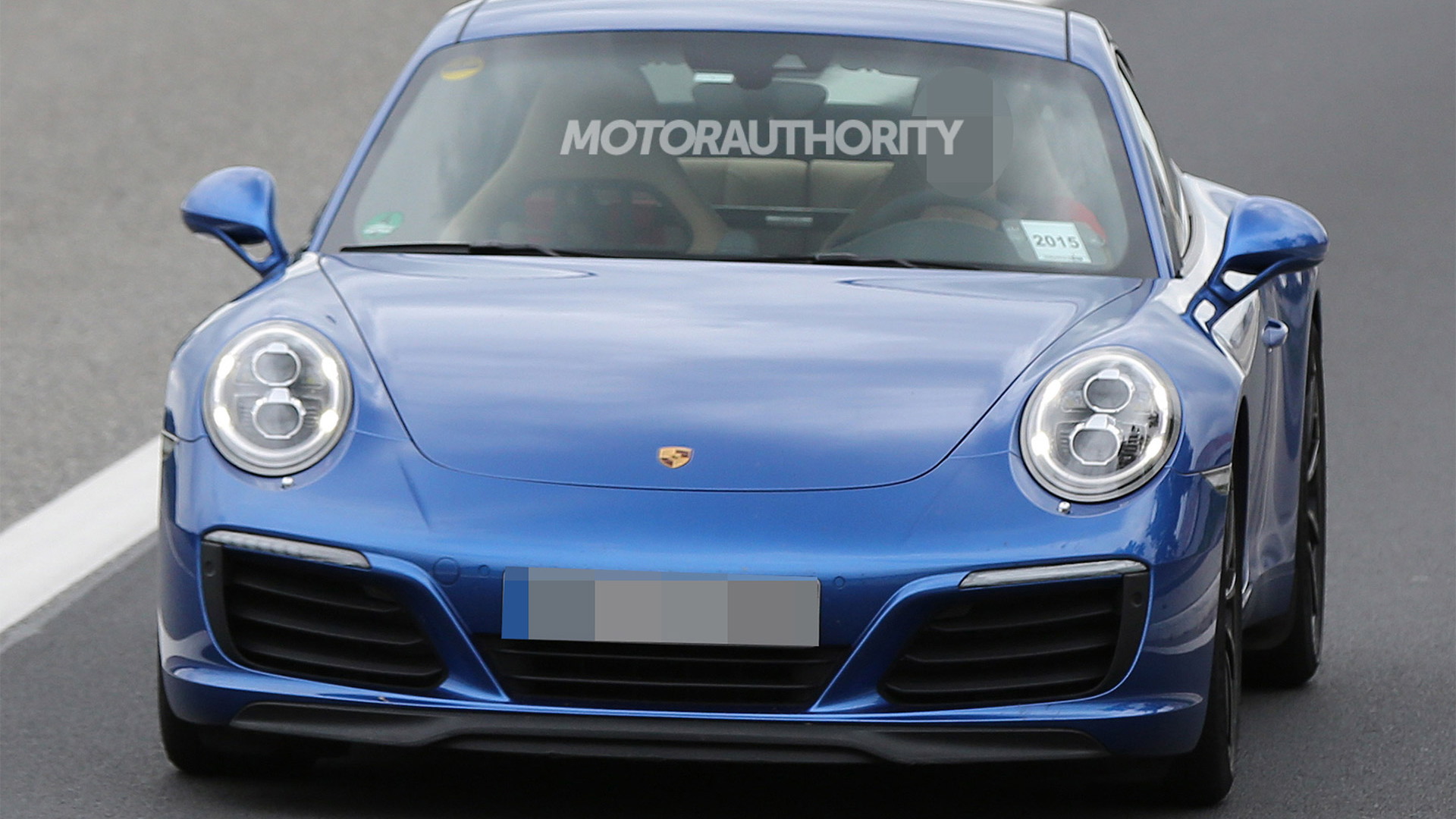 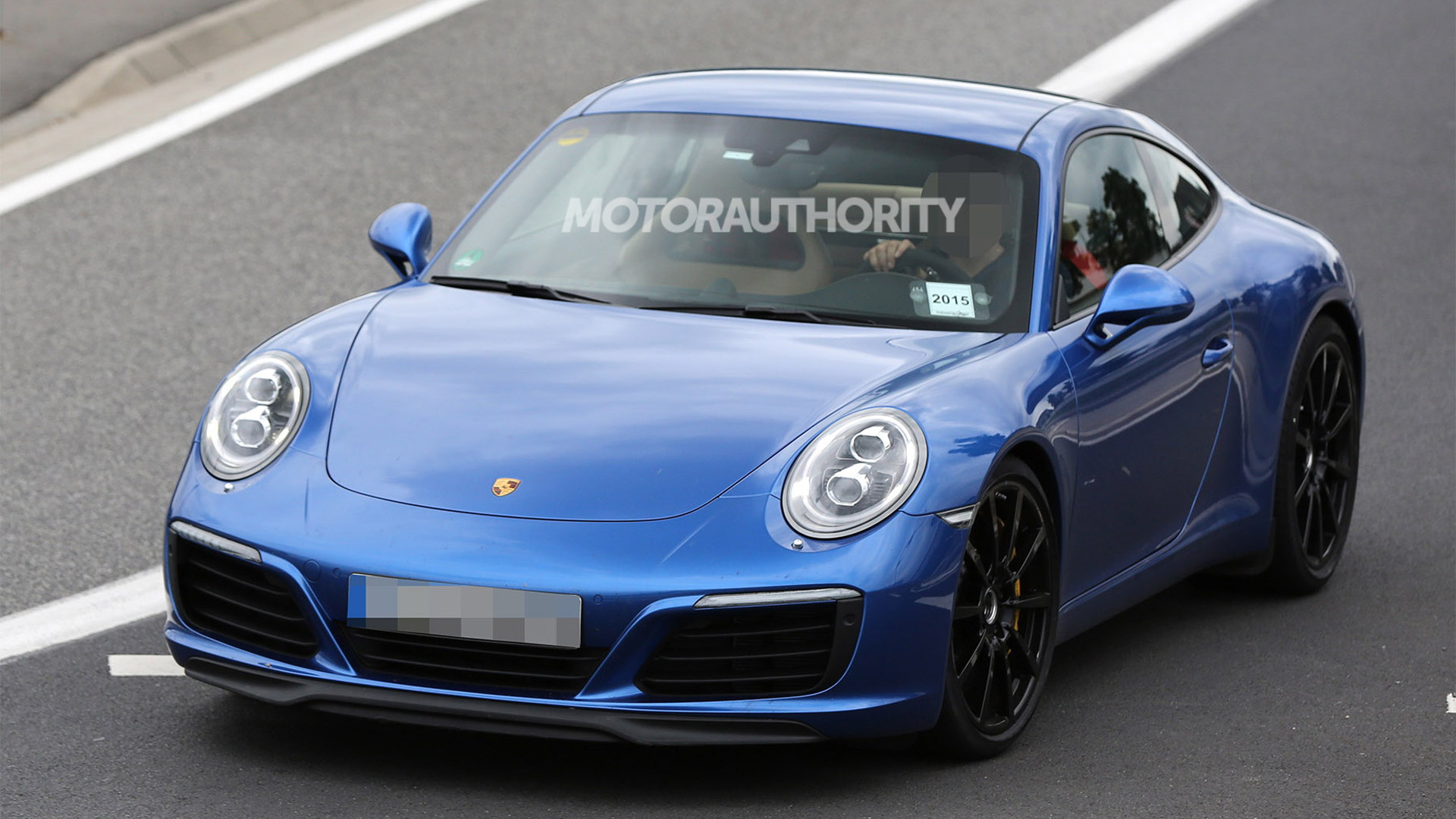 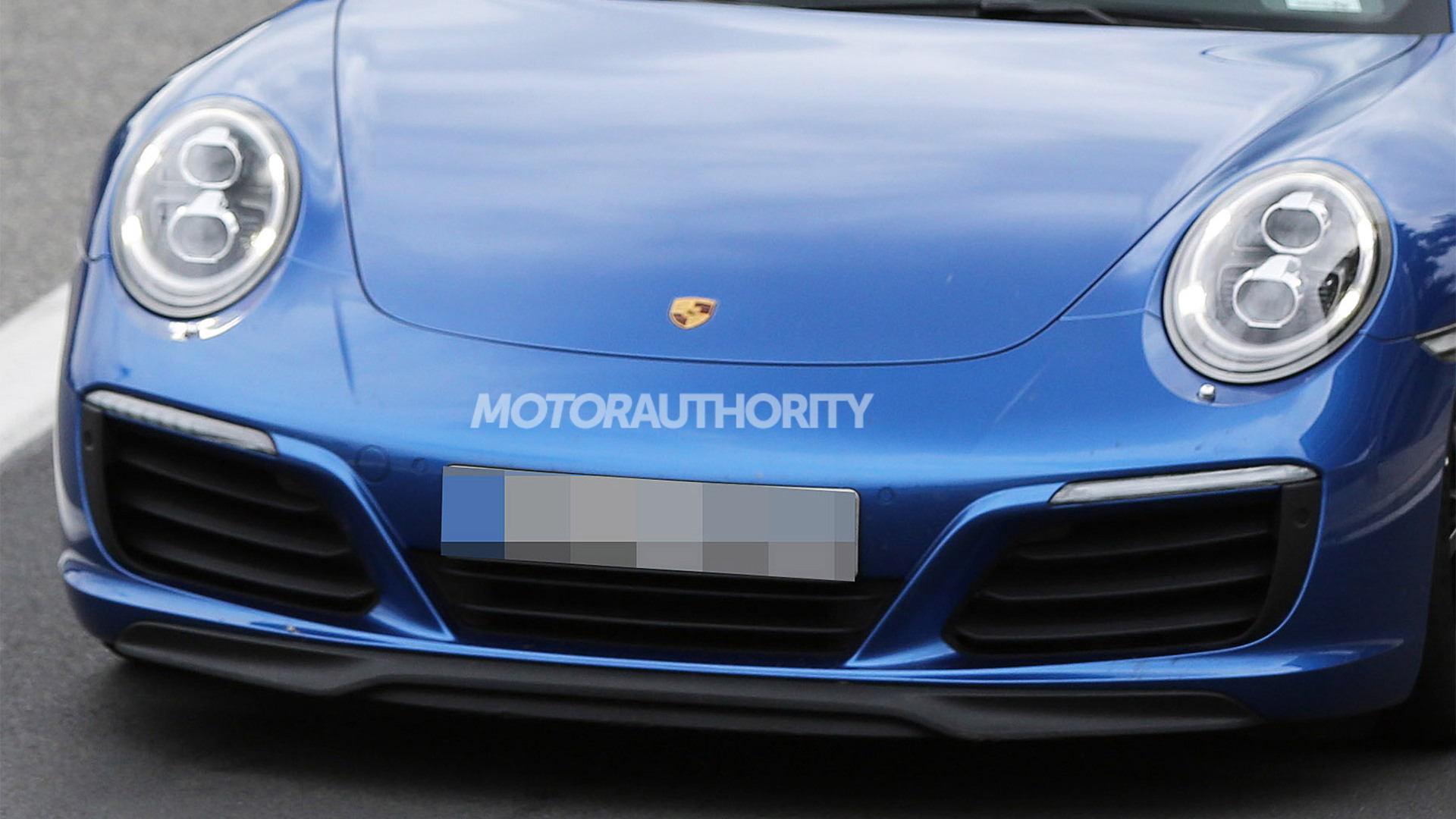 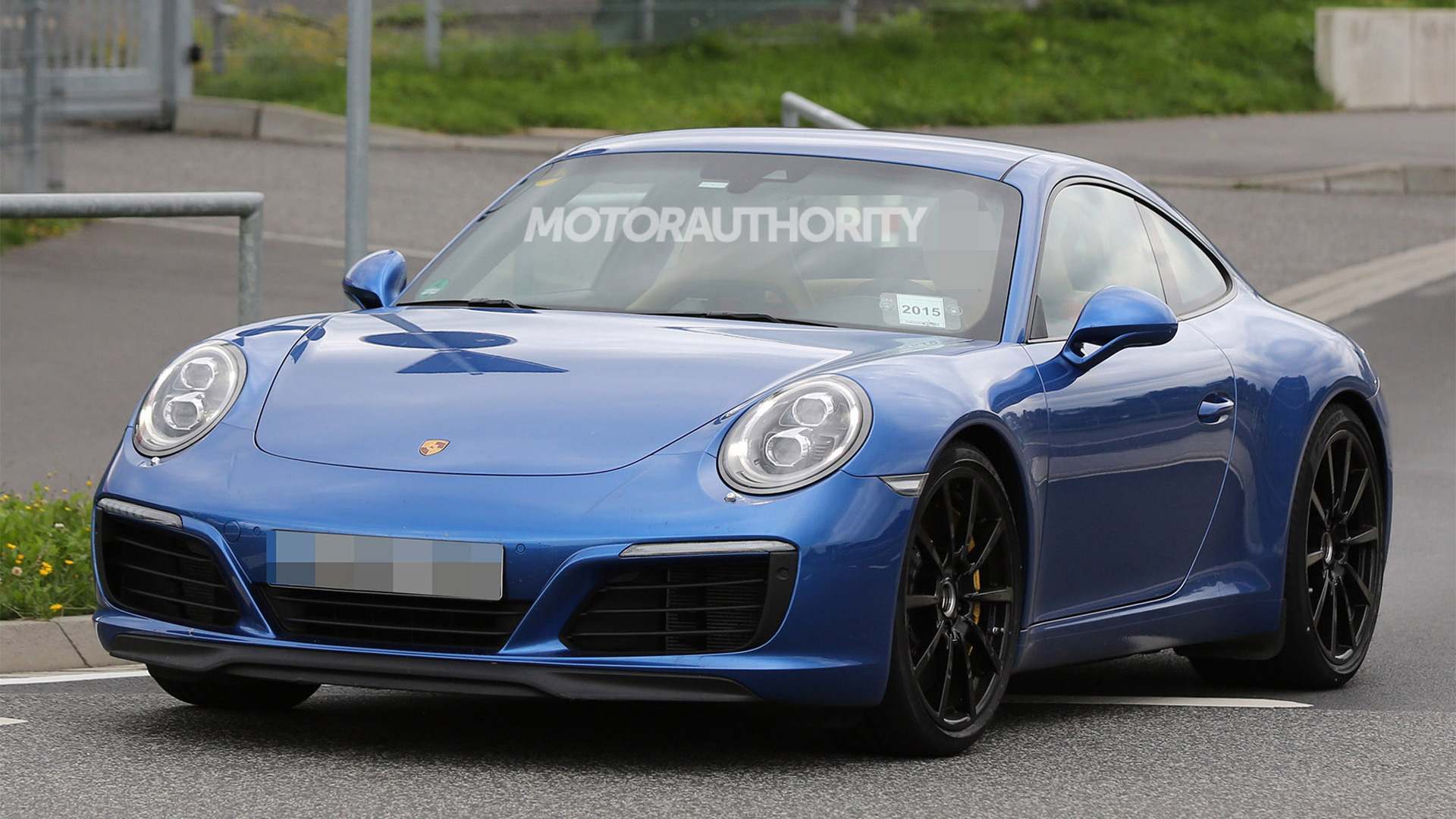 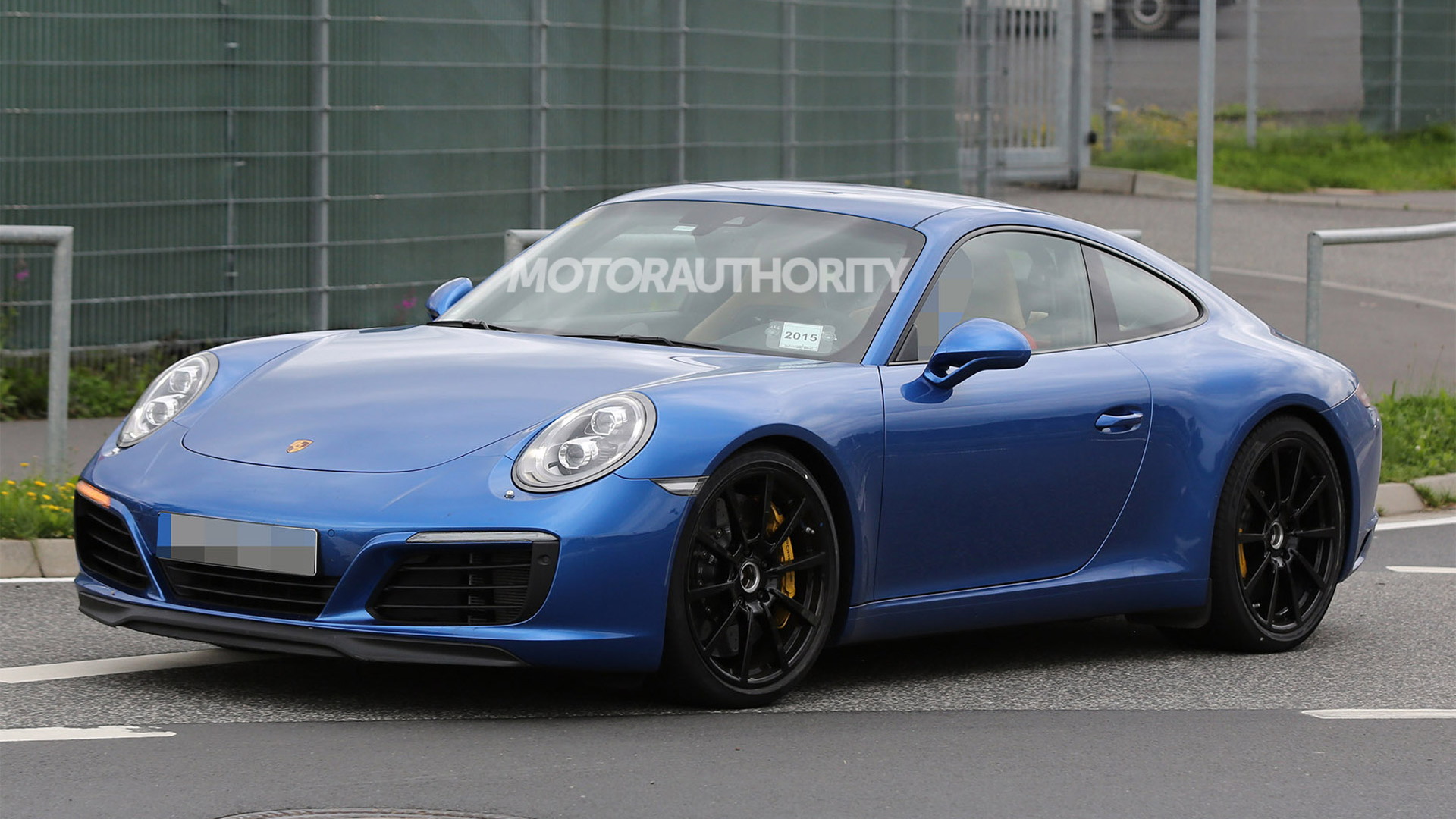 The current Porsche 911, the Type 991, made its debut at the 2011 Frankfurt Auto Show and hit the market shortly after as a 2012 model. This means we’re approaching the halfway point in the car’s life cycle, and right on cue prototypes for an updated version, the Type 991.2, have been spotted, this time with virtually zero camouflage gear (there’s only a decal hiding the details of the tail lights). The latest photos show the basic Carrera but prototypes for updated versions of the Carrera Cabriolet, Targa and Turbo have also been spotted in the past.

The front of the updated 911 is characterized by revised daytime running lights and new intakes in the bumper, possibly with an active grille function to help save fuel. At the rear we can see some new intakes at the sides of the bumper and the exhaust pipes now sit at the center. This is very different to the design used on the existing Carrera models, suggesting some serious updates under the hood as part of this mid-cycle update.

Performance should also improve thanks to a higher and wider peak torque band, another benefit of turbocharged engines. But the benefits don’t end there. Fuel economy and emissions levels should also see improvements, and in markets where taxes are based on engine displacement (read China) the cars should become more attractive. You can get a taste of the new engine’s sound in the video below.

Other updates are expected to include the four-wheel-steering system currently found on high-end 911 variants as well as a front-lift system to help protect from bumper scrapes. Inside the cabin we can expect a slightly larger display screen among other updates. We should have more details soon as the updated Porsche 911 Carrera models are set for a reveal at September’s 2015 Frankfurt Auto Show. They should be on sale shortly after as 2016 or 2017 models.