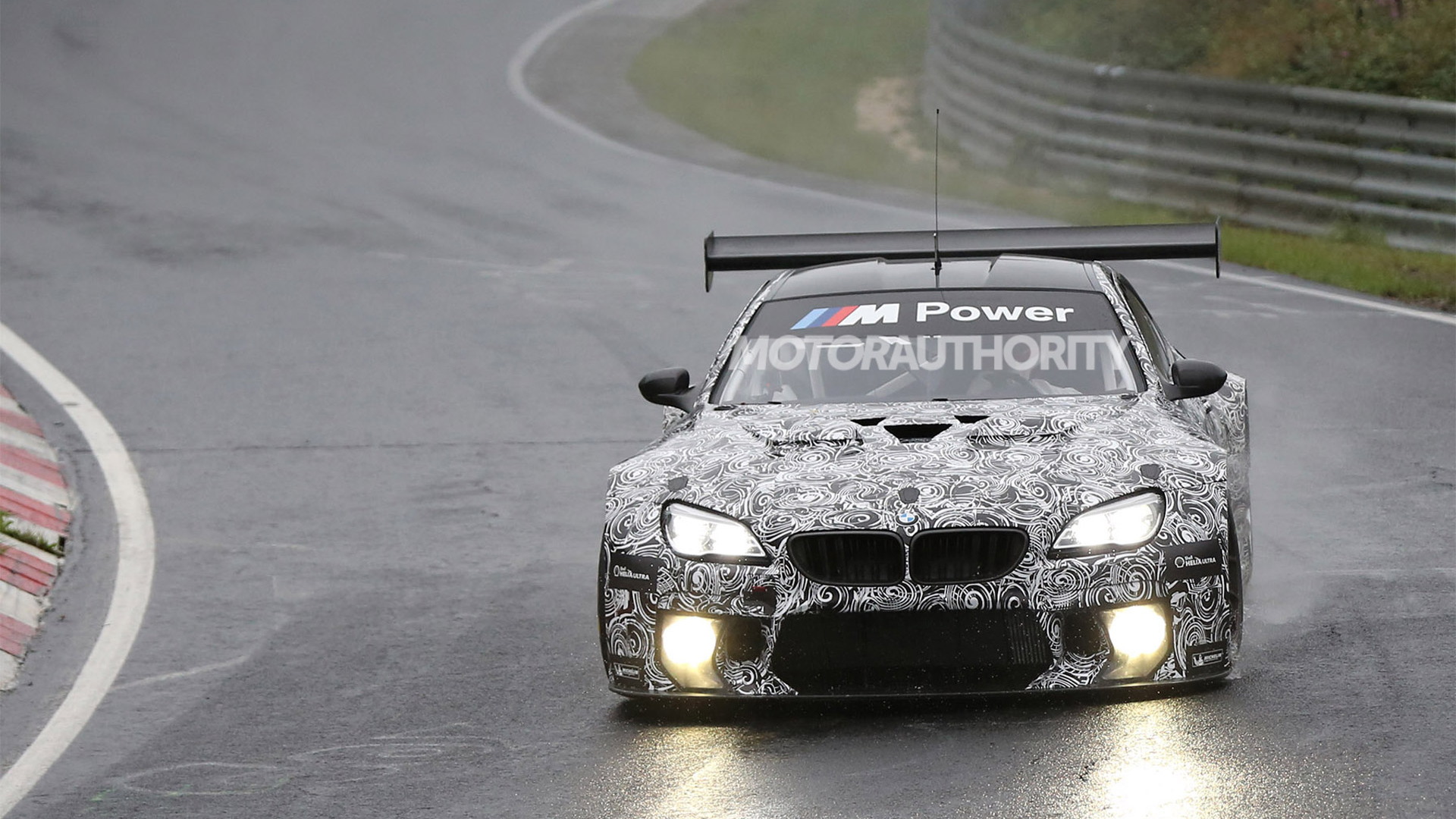 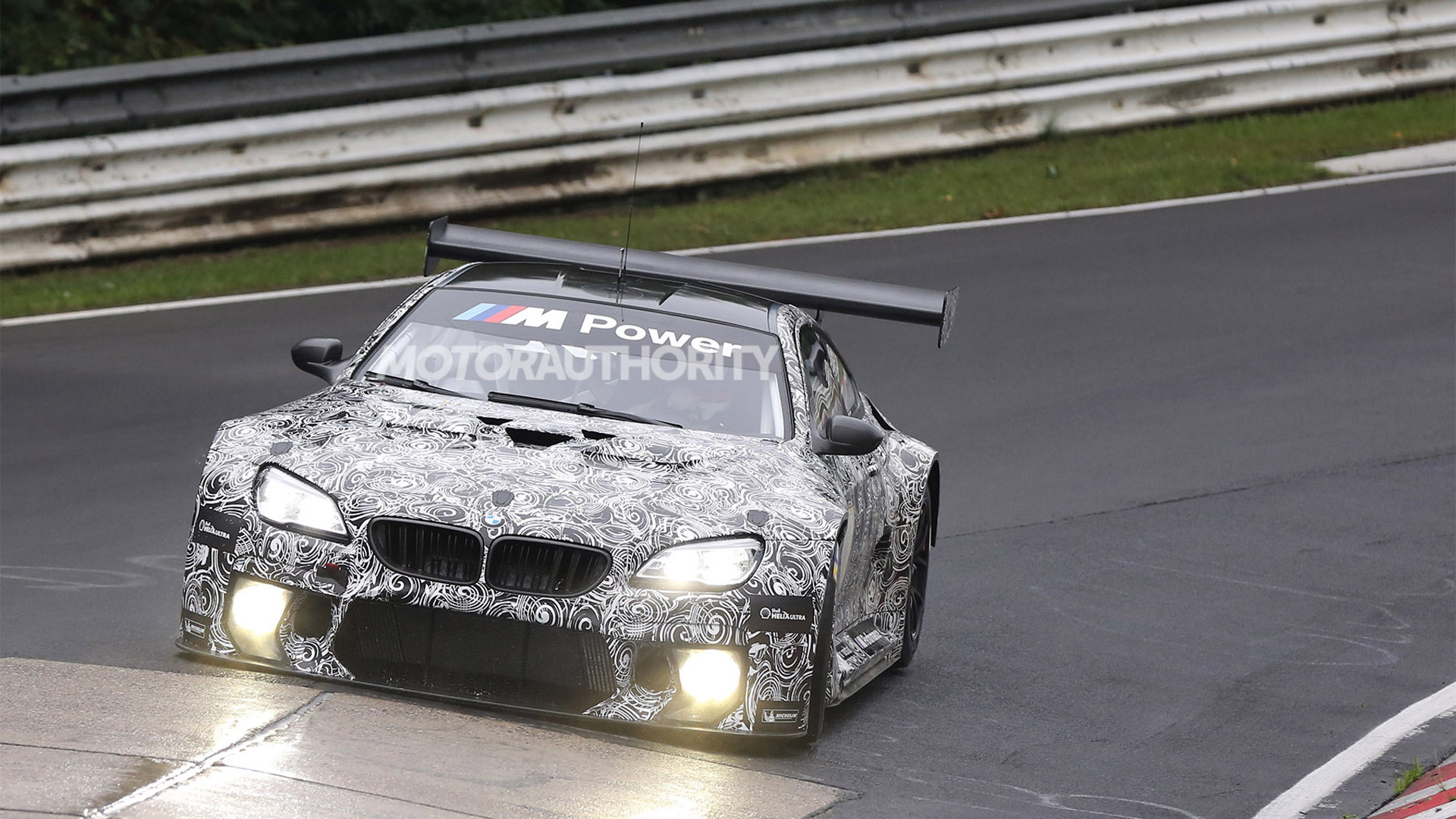 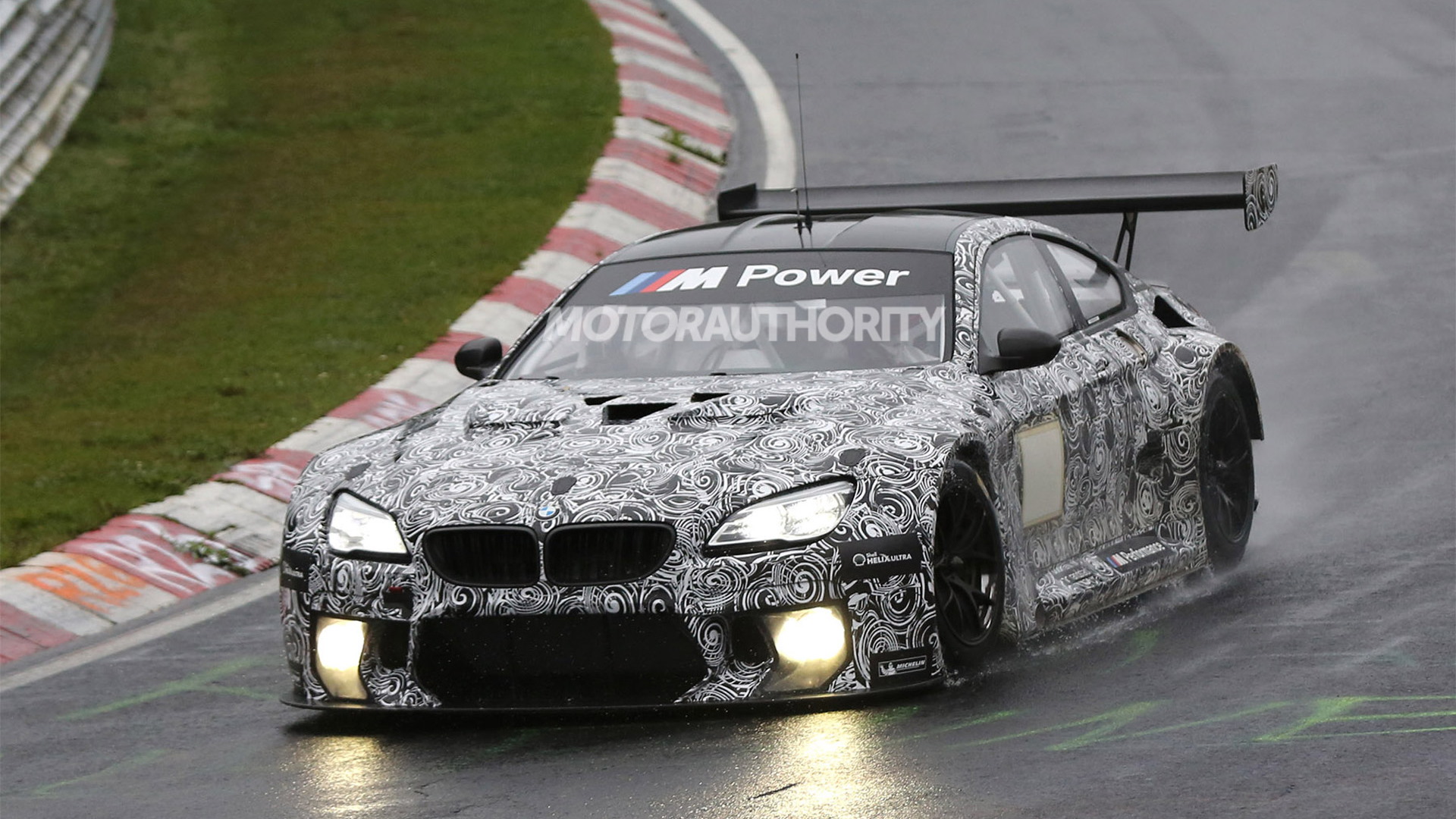 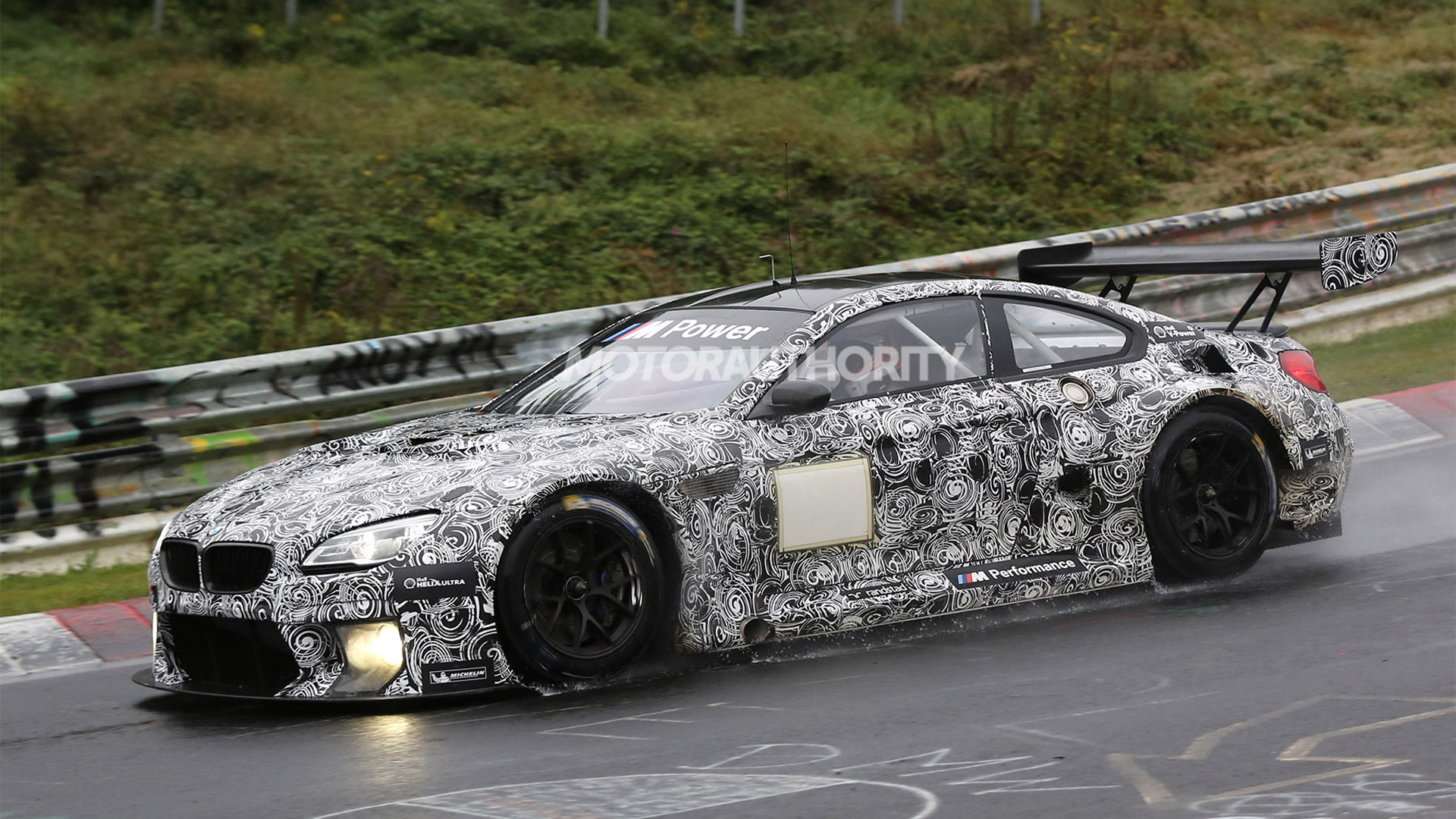 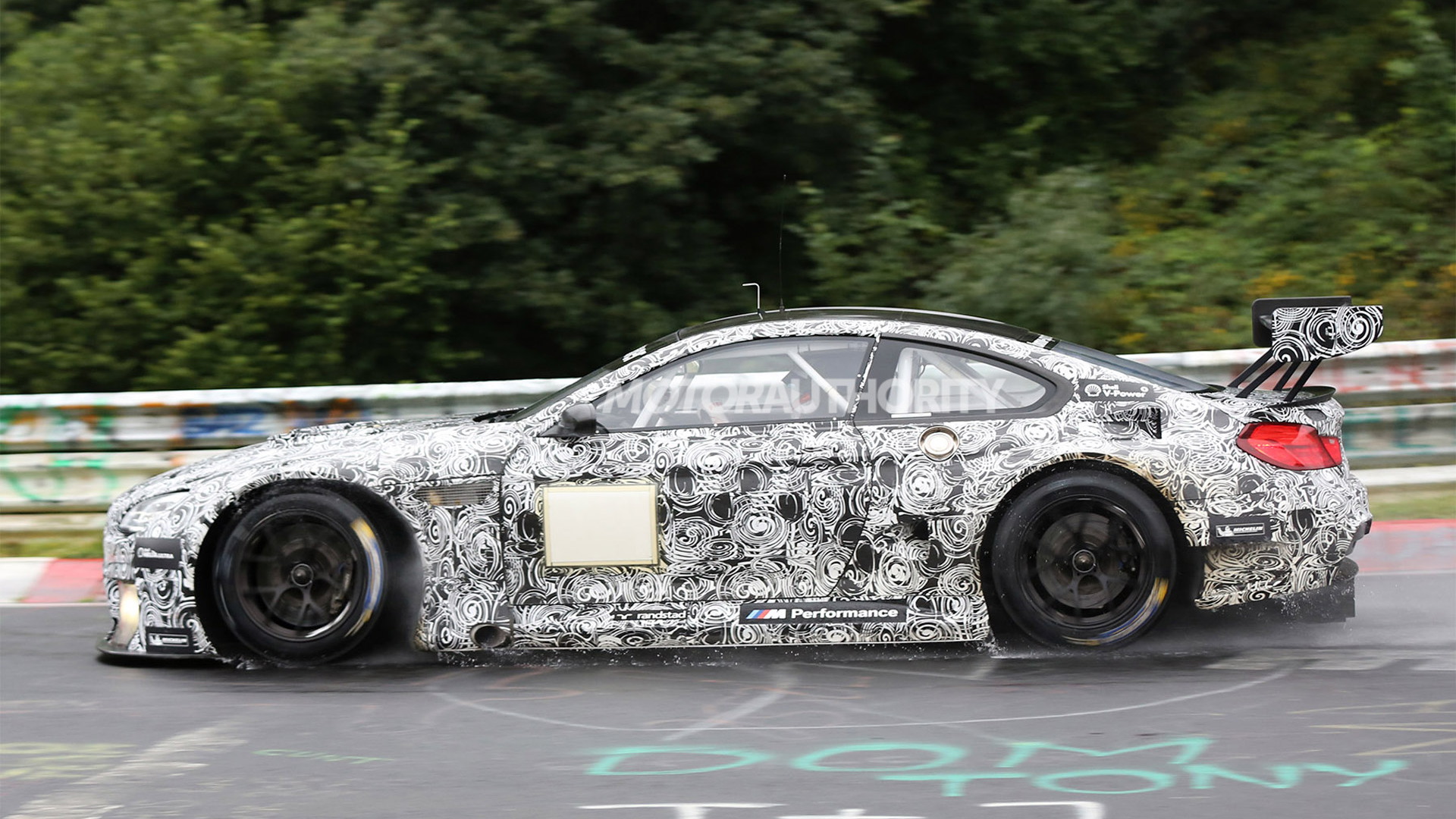 BMW’s Z4 GT3 race car remains as competitive as ever, having managed to win overall during the recent Spa 24 Hours and come second overall during May’s Nürburgring 24 Hours. However, it’s on its way out, set to be replaced next season by an all-new race car based on the M6 coupe. BMW first announced the M6 GT3 racer late last year, and now we have a close look at some prototypes.

Power comes from the twin-turbocharged 4.4-liter V-8 fitted to the M6 road car and several other M-badged machines, with BMW confirming that the engine has only been slightly modified for its outings on the track. The dry-sumped unit is paired with a six-speed sequential transmission mounted at the rear axle for better weight balance, and produces as much as 585 horsepower along with “high” torque to help it exit corners quickly.

The aerodynamic body, which has been optimized in the wind tunnel, is made from composite materials to help get weight down. The entire car, including its self-supporting steel chassis, the welded FIA-approved safety cell, the carbon fiber crash structure at the front and carbon fiber-reinforced plastic crash element at the rear, weighs less than 2,866 pounds.

Compared to the Z4 GT3, the longer wheelbase of the M6 GT3 should ensure better handling. In addition, BMW says there have been improvements in reliability, efficiency and ease of maintenance, something crucial for endurance racing. This has led to lower running costs, which BMW says will be considerably lower than that of the Z4 GT3. In fact, BMW boasts that the M6 GT3 is the most economic GT racer it’s ever built. For example, the running costs for the powertrain will be roughly 30 percent lower than that of the Z4 GT3.

Safety remains paramount, however, and accordingly BMW has developed an FIA-approved safety cell in accordance with the very latest safety standards. The M6 GT3 also boasts numerous other features, the sole purpose of which is to protect the driver. These include the roof hatch specified in the regulations, through which the driver’s helmet can be removed if necessary, as well as the safety seat, which bolts firmly to the chassis.

The 2016 BMW M6 GT3 makes its official debut at the Frankfurt Auto Show on September 15 and will be available for order immediately after the debut. Pricing will start at 379,000 euros (approximately $423,570) in the European market. Pricing for the United States will be announced at a later date. For more coverage on the Frankfurt Auto Show, head to our dedicated hub.