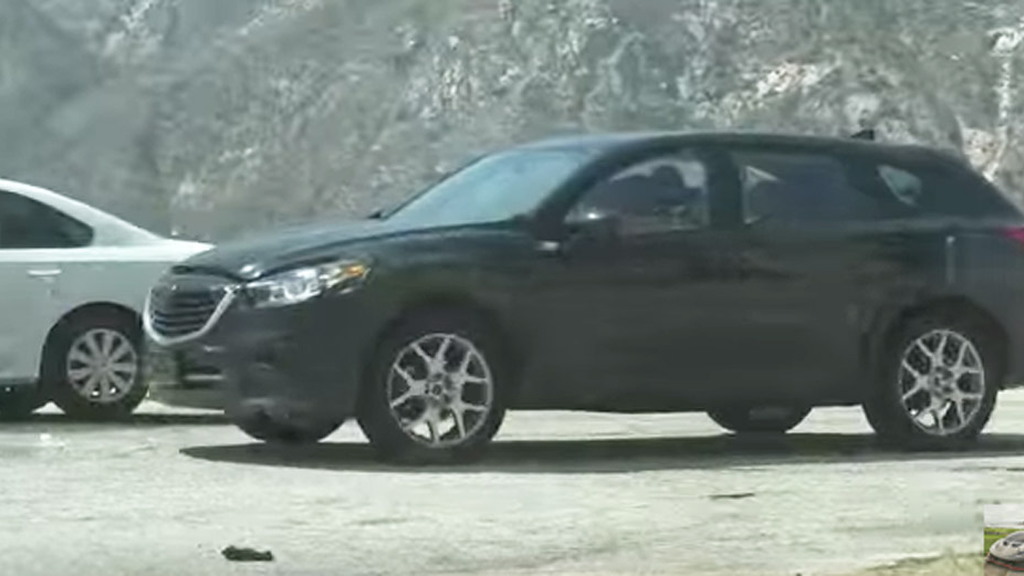 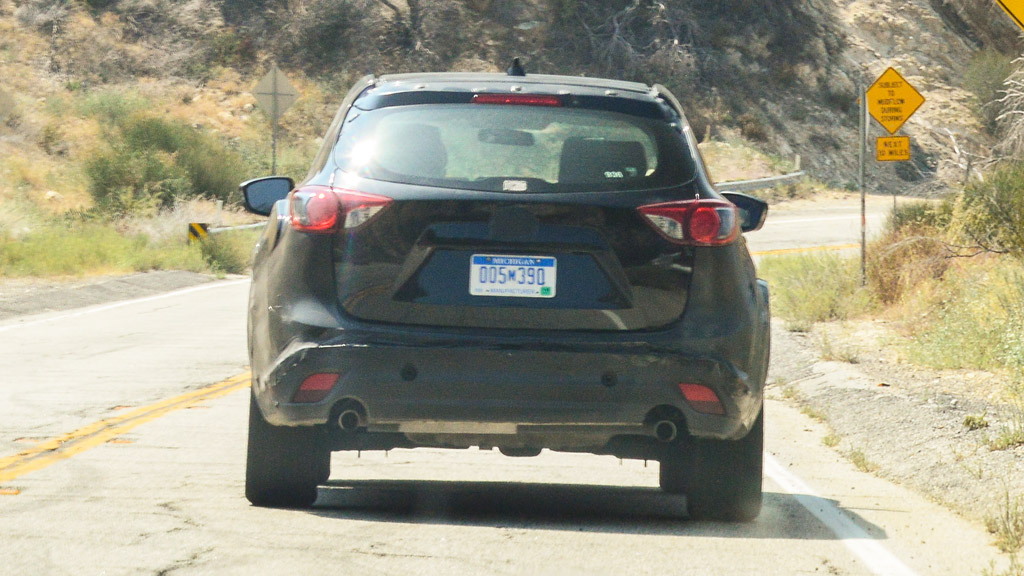 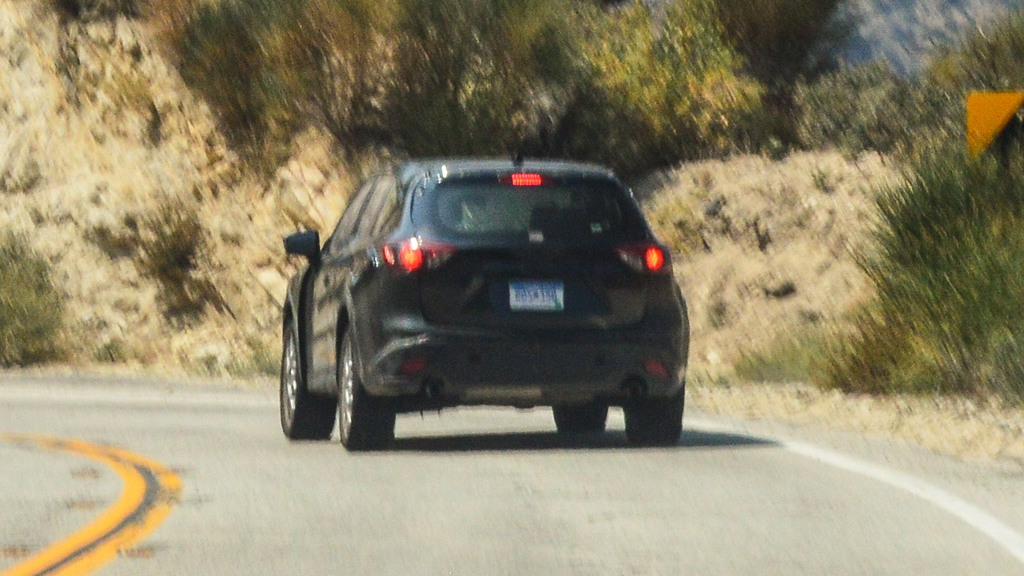 Mazda’s next-generation CX-9 is set for a debut at the Los Angeles Auto Show in November, but an advanced prototype has been spotted and reveals many of the details we can expect on the upcoming crossover. The prototype is featured in these photos and video supplied by Carspotter Jeroen.

The new CX-9, which goes on sale early next year, will look like an enlarged version of the 2016 CX-5, and that’s a good thing as Mazda’s compact crossover is one of the most handsome in its segment. We’re likely to receive a preview of the new CX-9’s styling on Mazda’s Koeru concept car debuting at next month’s Frankfurt Auto Show.

Not much is known about the new three-row crossover but it’s rumored that the current model’s relatively thirsty V-6 will be replaced by a downsized turbocharged four-cylinder engine. The new engine is tipped to be a 2.5-liter mill with close to 300 horsepower on tap (the 3.7-liter V-6 it will replace only delivers 273 hp) and we hear it may even end up in a sporty Mazdaspeed 3 at some point.

Stay tuned for more info in the lead up to the press days for the L.A. Auto Show, which this year gets underway November 17. You can stay up to date on our show coverage by bookmarking our dedicated hub.