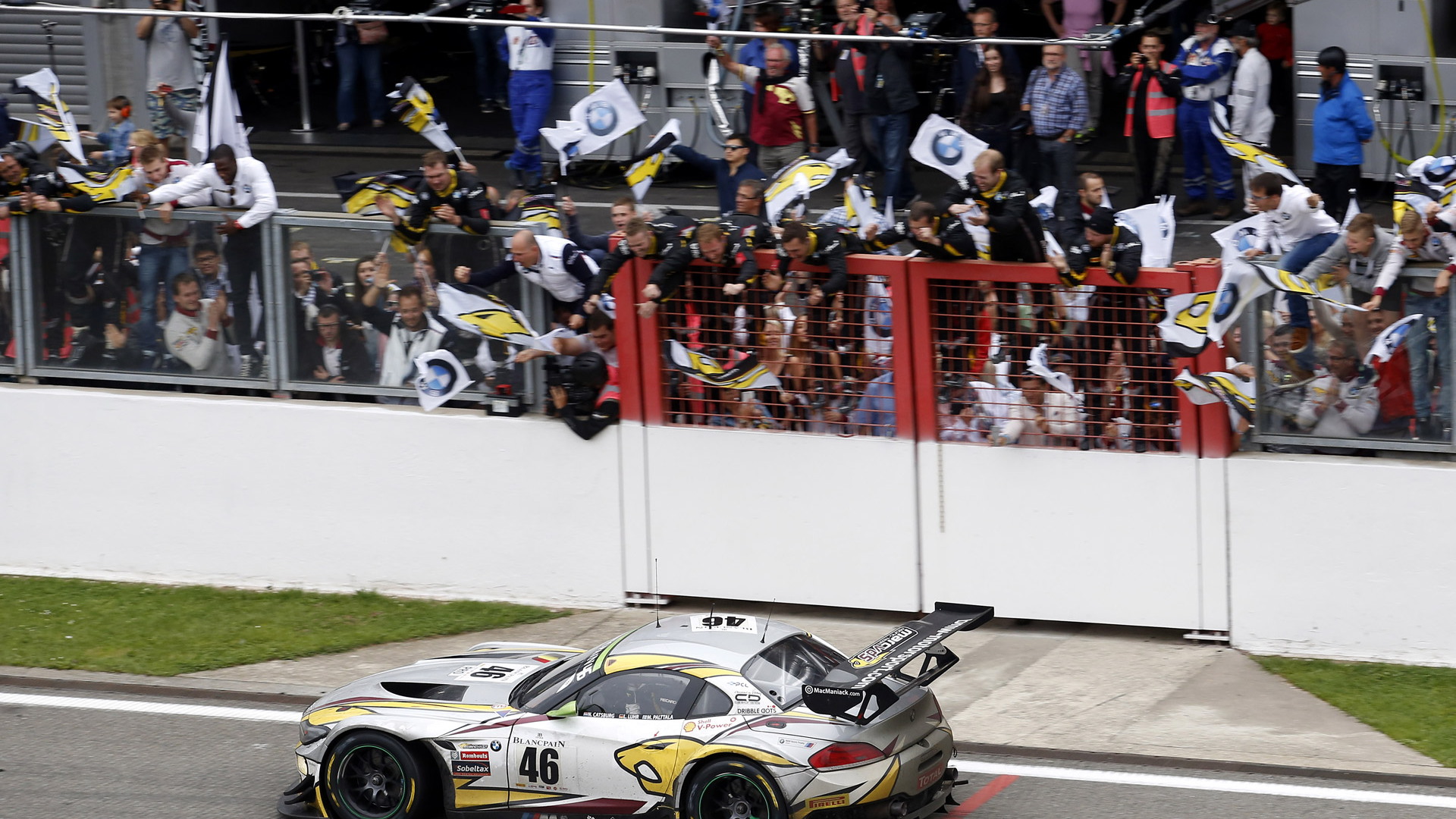 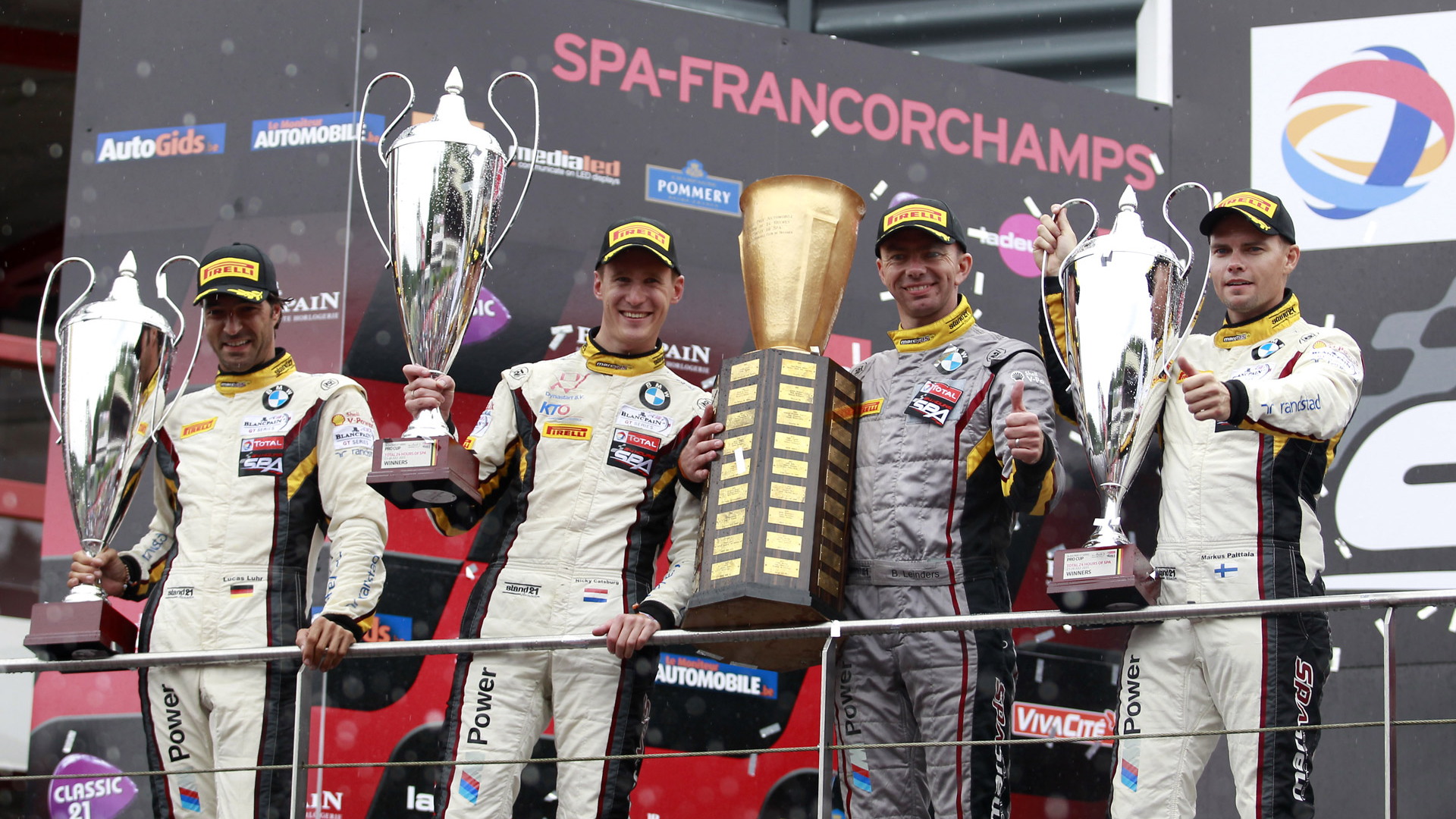 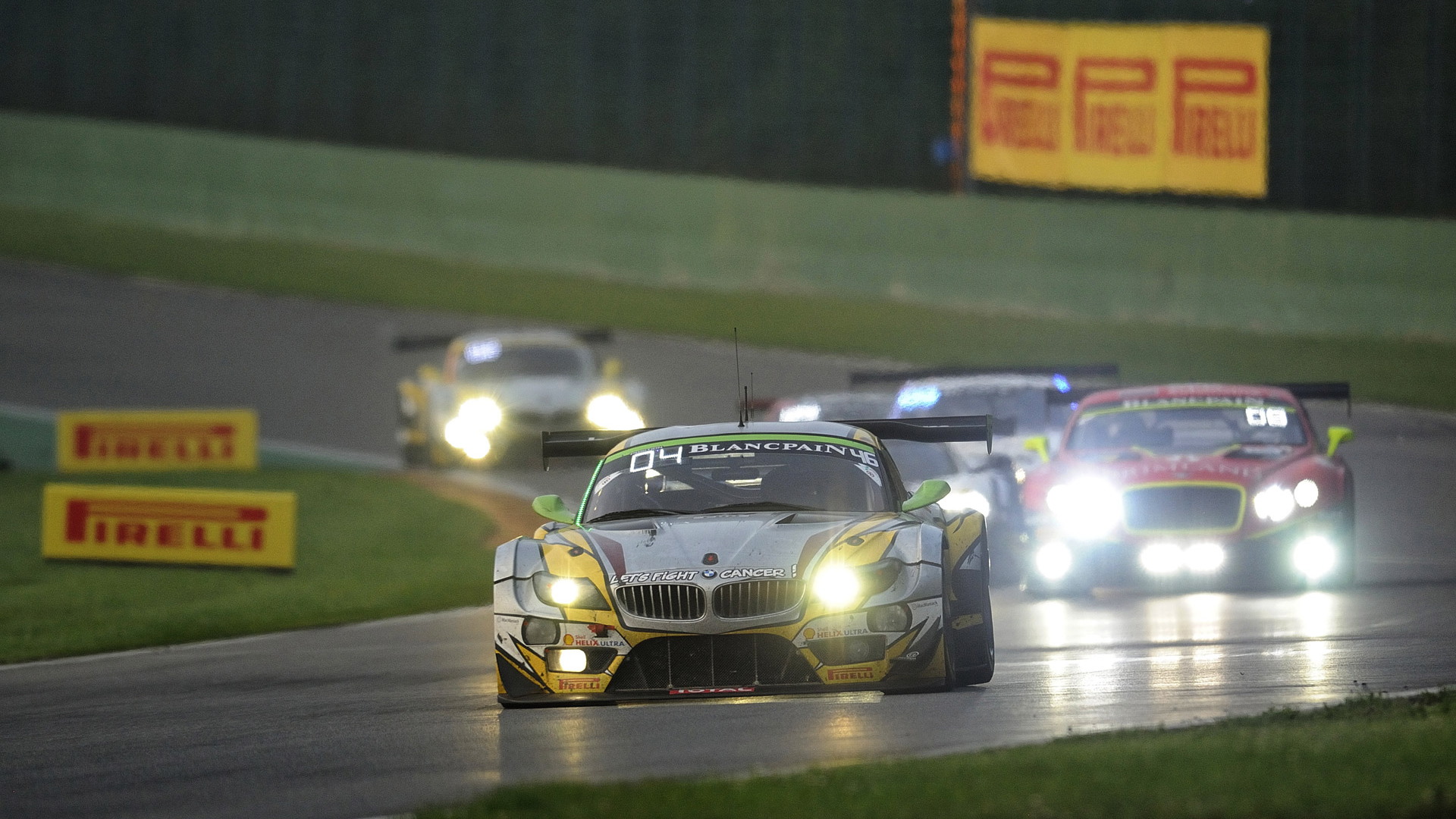 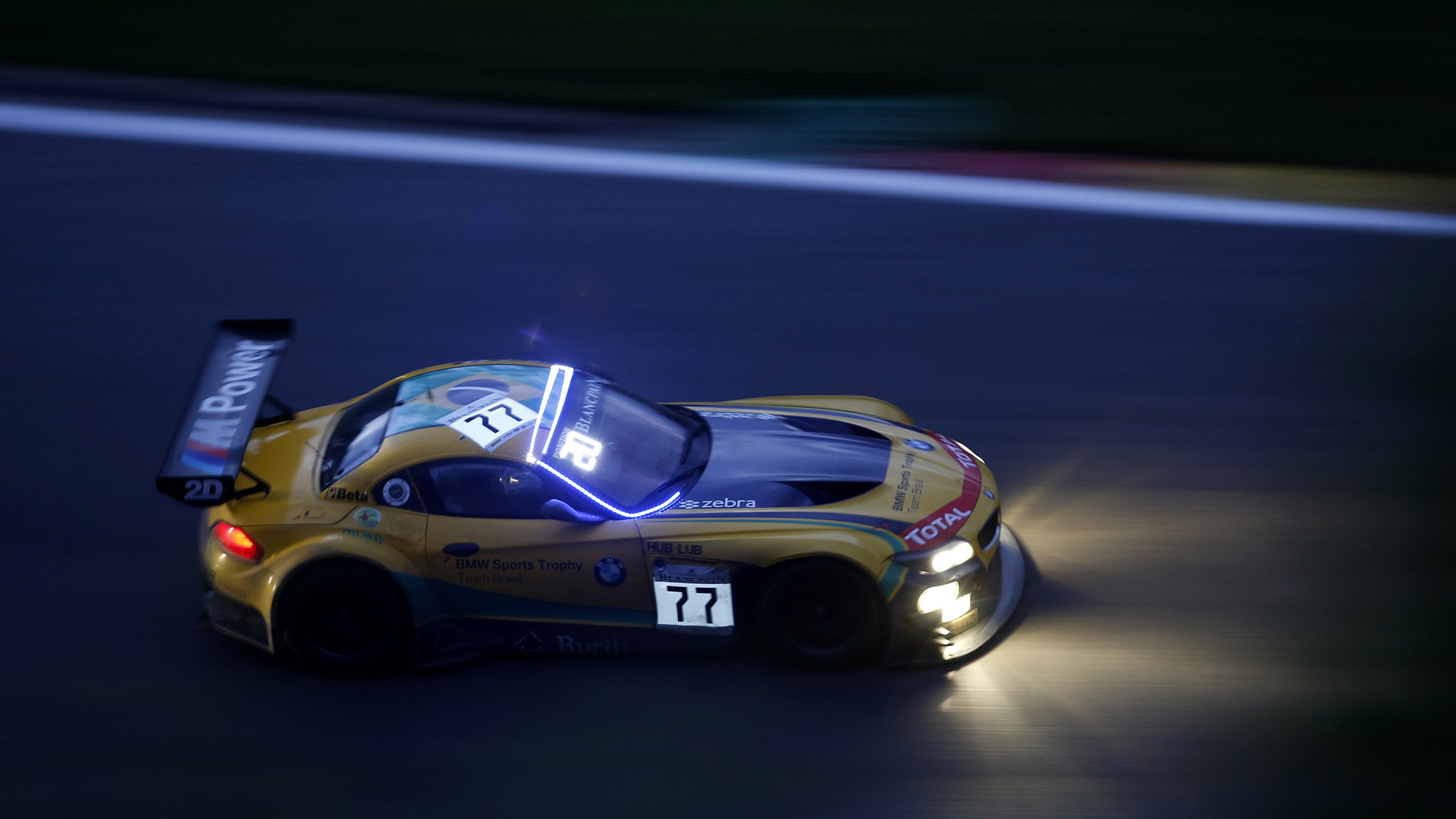 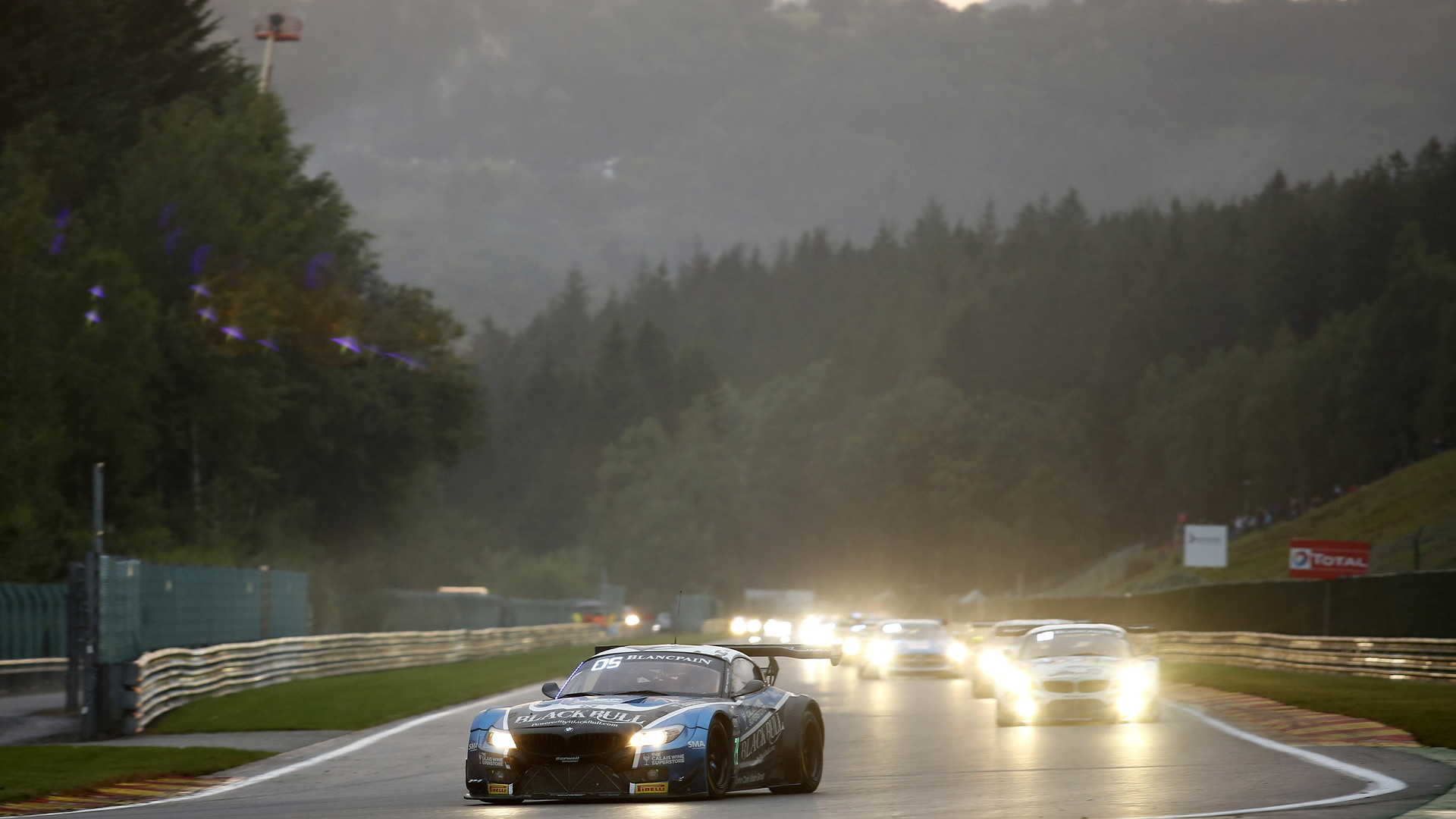 Belgium’s BMW Sports Trophy Team Marc VDS won this past weekend’s 24 Hours of Spa, the highlight of the Blancpain Endurance Series aimed at private teams. The team’s number 46 BMW Z4 GT3 race car driven by Nick Catsburg, Lucas Luhr and Markus Palttala was the first to cross the finish line, and over the space of 24 hours managed to lap the beautiful Spa Francorchamps race track 536 times. Victory was a fitting farewell for the Z4 GT3, which next season will be replaced by a new M6 GT3 racer.

Second place in the 2015 Spa 24 Hours went to last year’s winner Audi Sport Team WRT and its number 2 R8 LMS, while third place also went to an Audi R8 LMS, in this case the number 5 car of Phoenix Racing.

The 67th running of the Spa 24 Hours began in torrential rain, with cautious pole-sitter Frank Stippler behind the wheel of the number 2 R8 LMS of Audi Sport Team WRT immediately losing out to the pair of McLaren 650S GT3s from Von Ryan Racing. It wasn’t long before an incident caused the safety car to come out. The safety car would come out again before the night session.

By dawn the next day, the number 99 Mercedes-Benz SLS AMG GT3 of Rowe Racing was in the lead but got held up by a brake change. This provided the chance for the number 46 Z4 GT3 of Team Marc VDS, as well as its number 45 sister car, to move up the ranks. Unfortunately, engine trouble would end the race early for the number 45 car.

Then, as the remaining number 46 car moved up the order, it soon began to be in contention for the podium, with the win finally in sight after a late overtaking move past the Team WRT number 2 R8 LMS.

The win is the first major 24-hour race victory both for Team Marc VDS, and BMW’s Z4 GT3. It is also the 22nd time in the history of the Spa 24 Hours that a BMW has been driven to victory.