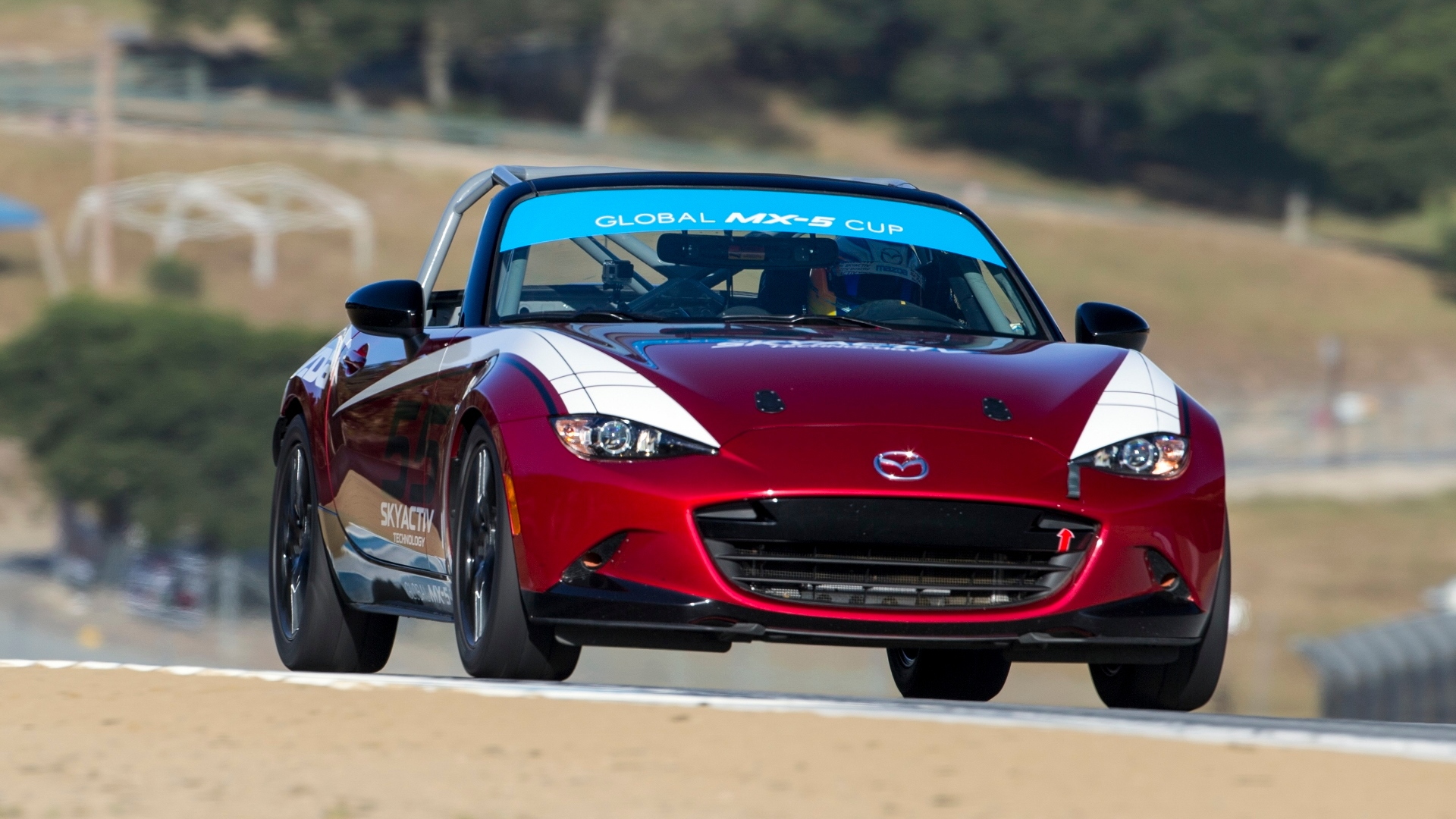 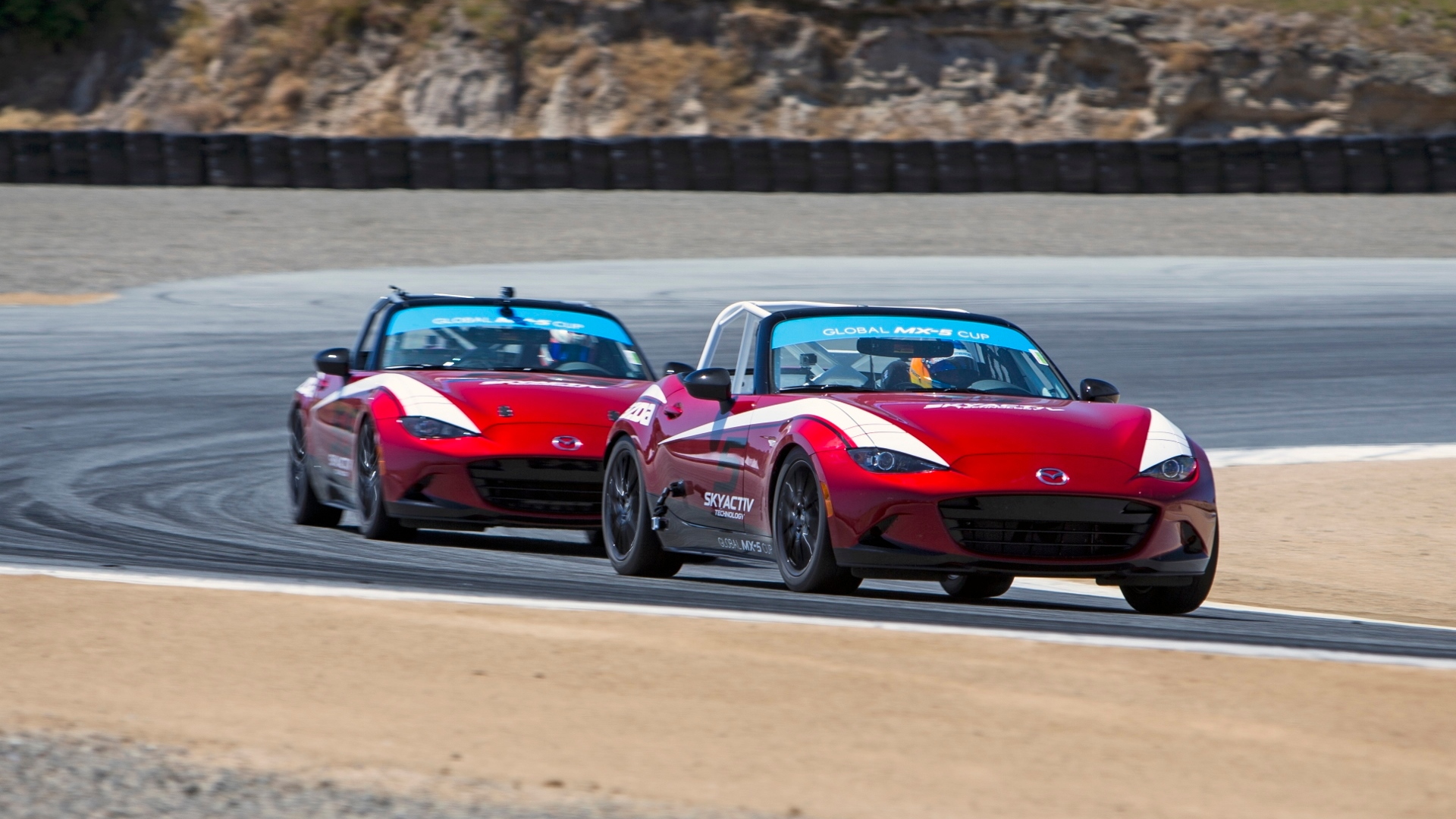 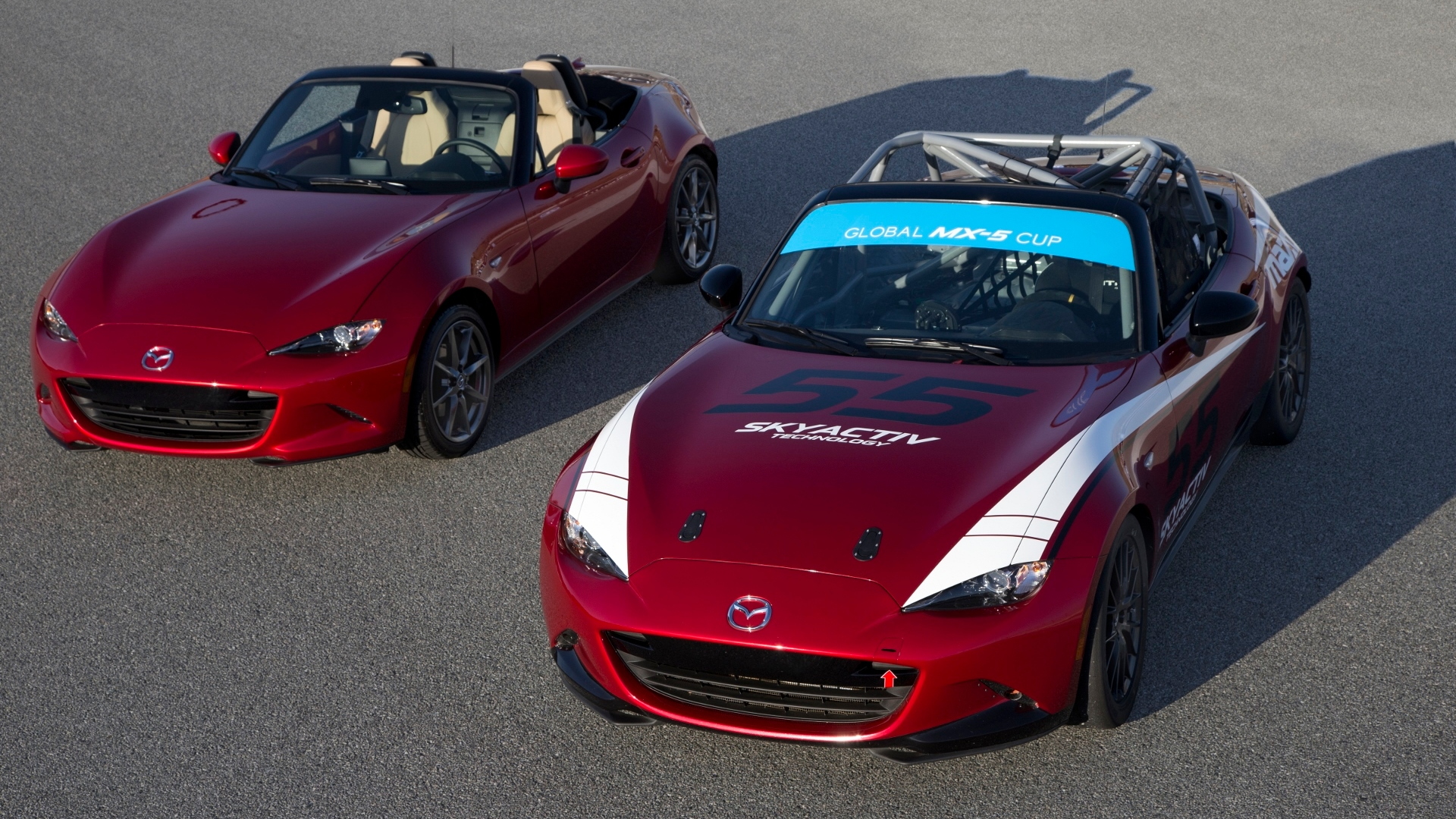 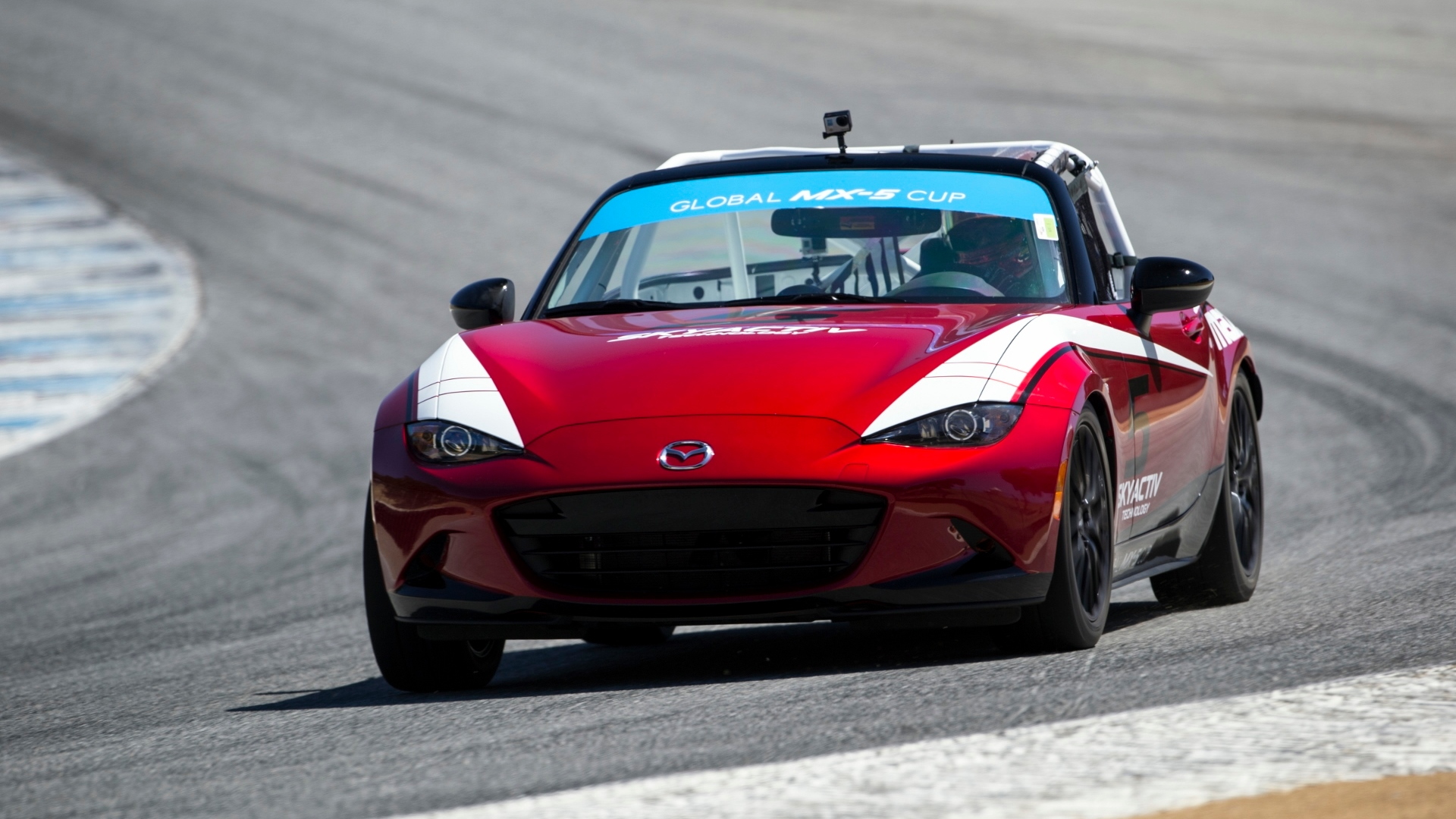 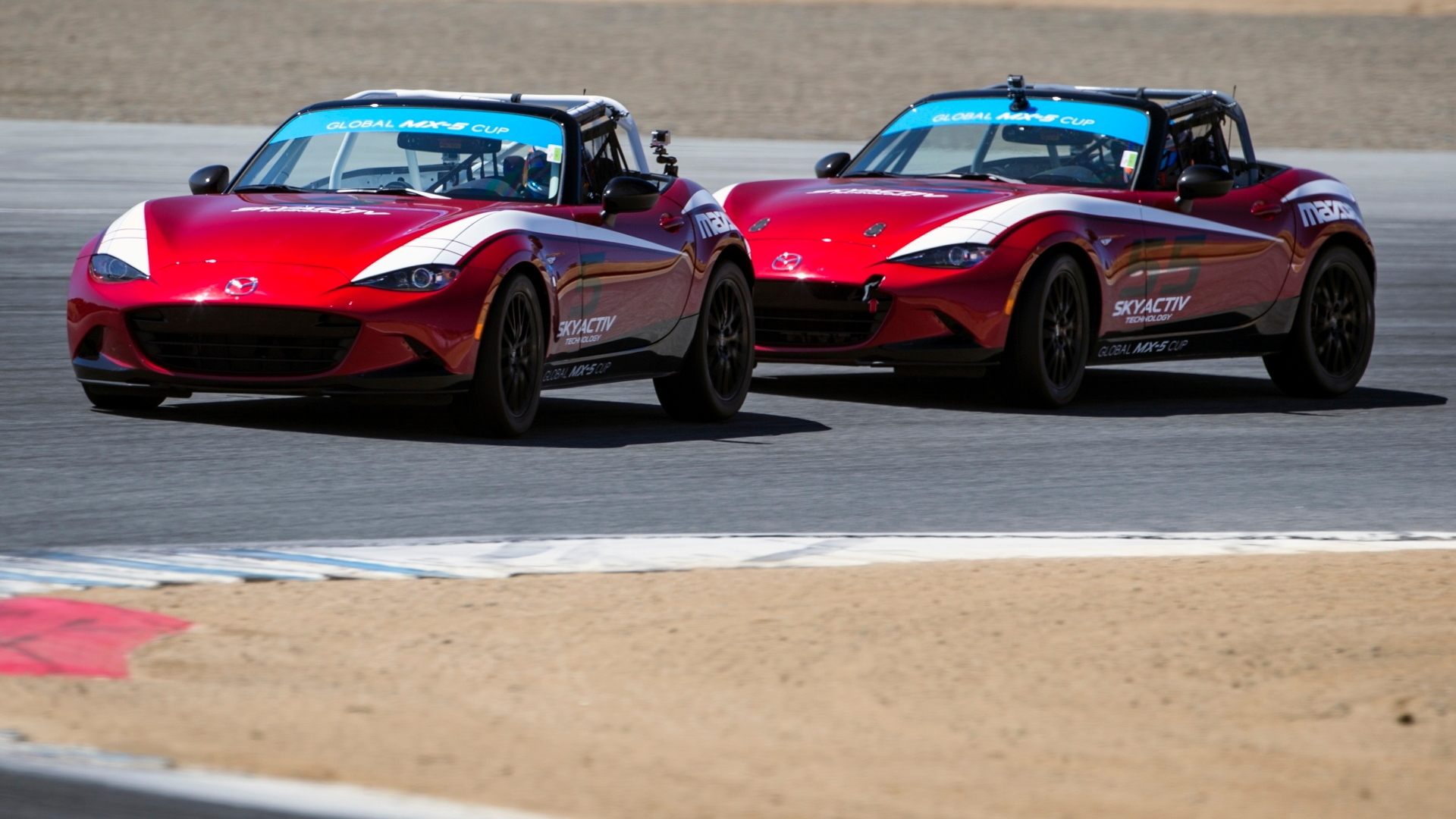 When Mazda announced its all-new fourth-generation MX-5 Miata, the first question was not whether it would race the little sports car, but where it would race it. The answer is: everywhere that involves turning left and right.

Previously, the spec-racing series featured MX-5s prepared to a specification by owners and teams. The result was similarly prepared cars.

The new 2016 Global MX-5 Cup instead requires cars be purchased from a designated supplier, Long Road Racing, a veteran shop near Statesville, North Carolina, north of Charlotte in the heart of NASCAR country and its extensive motorsports infrastructure.

The objective is to make the new generation of MX-5 Cup cars as closely matched as possible.

Fun for the participants is one objective of the series, but the other part is serious. Mazda Motorsports sponsors a development ladder that prepares drivers for professional racing. The Global MX-5 Cup is one step on one of two paths that lead to the TUDOR United SportsCar Championship (the successor of IMSA GTP), Cooper Tires Prototype Lites, and other professional racing series. The MX-5 Cup ladder is an alternative to the traditional ladder of Formula 2000, which Mazda supports in the form of US F2000 and Pro Mazda, both co-sponsored by Cooper Tires.

The price of a 2016 Global MX-5 Cup car is expected to be around the $55,000 of the outgoing race car. That's race-ready except for fuel and the seat, which the driver is free to choose. That may sound like a lot for a Miata, but the car should be very well prepared. It comes with an elaborate roll cage and other safety equipment and full race preparation. Mazda says the car weighs in at just over 2100 pounds, which is some 230 pounds less than the base street car. Of course, the race cars have no convertible top, air conditioning, or radio. They are also fitted with unique wheels. racing slicks, and race-ready brakes. For comparison, Mazda points to Porsche GT3 Cup and Ferrari Challenge cars, which cost about four times as much. Mazda also estimates operating costs to be in the $85,000 range, about half the cost of participating in the other spec series.

The races will be 45 minutes long, with two races per weekend and 12 races total for the U.S. championship. Considered sprint races, they will not involve pit stops for fuel, though 45 minutes is plenty of time for drivers to lose concentration and make mistakes. At the end of the racing season, the two champions will face off at Mazda Raceway in California, and the winner gets a test in a TUDOR series prototype race car.

In addition to the U.S., a Global MX-5 Cup championship will be held in Japan. Mazda's factory will build the cars for the Japanese series.

The first Global MX-5 Cup cars are scheduled to be delivered in the U.S. in October, in time for a 25-hour race at Thunderhill in Northern California. The first MX-5 Cup race will be held March 2016.