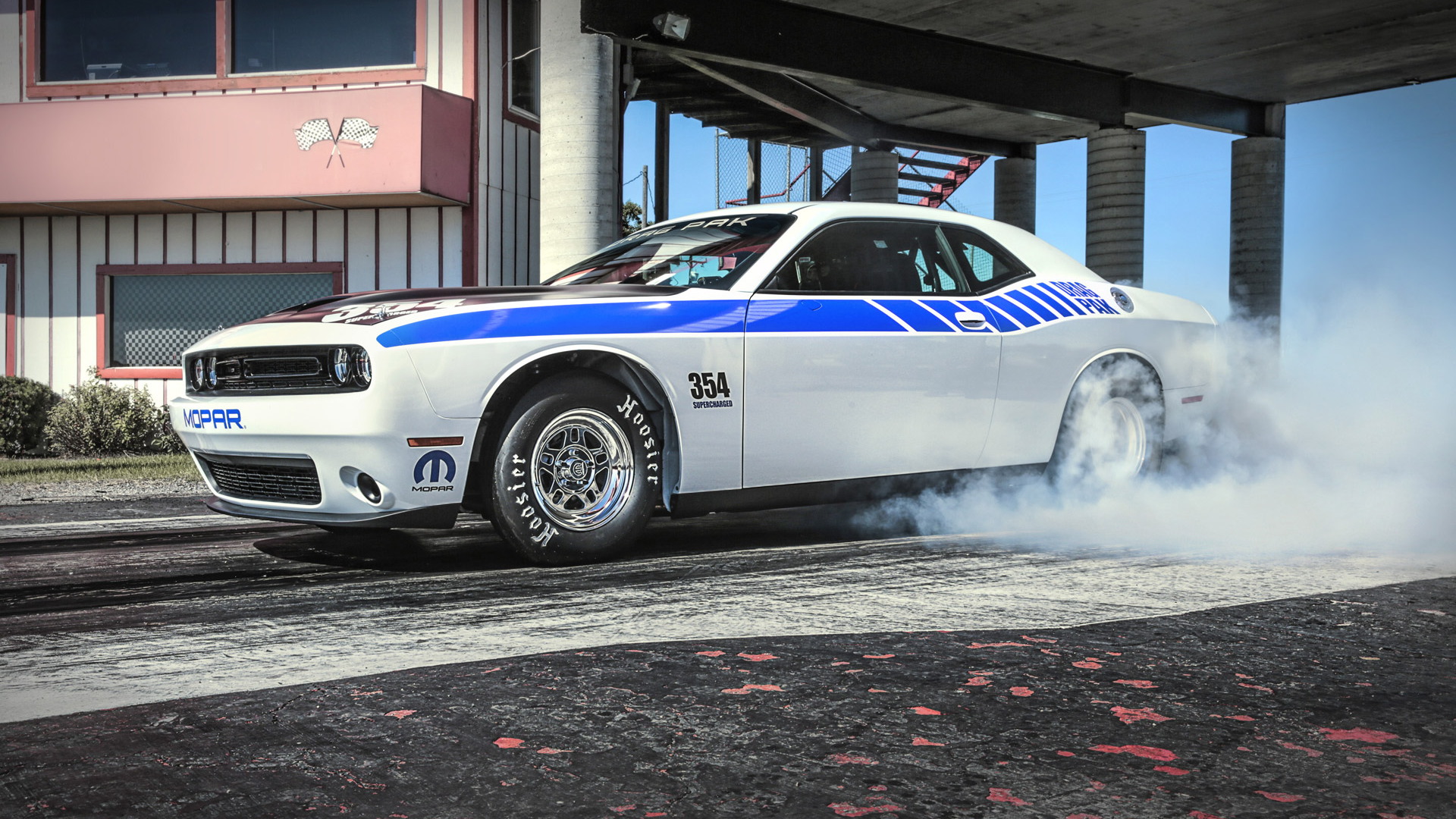 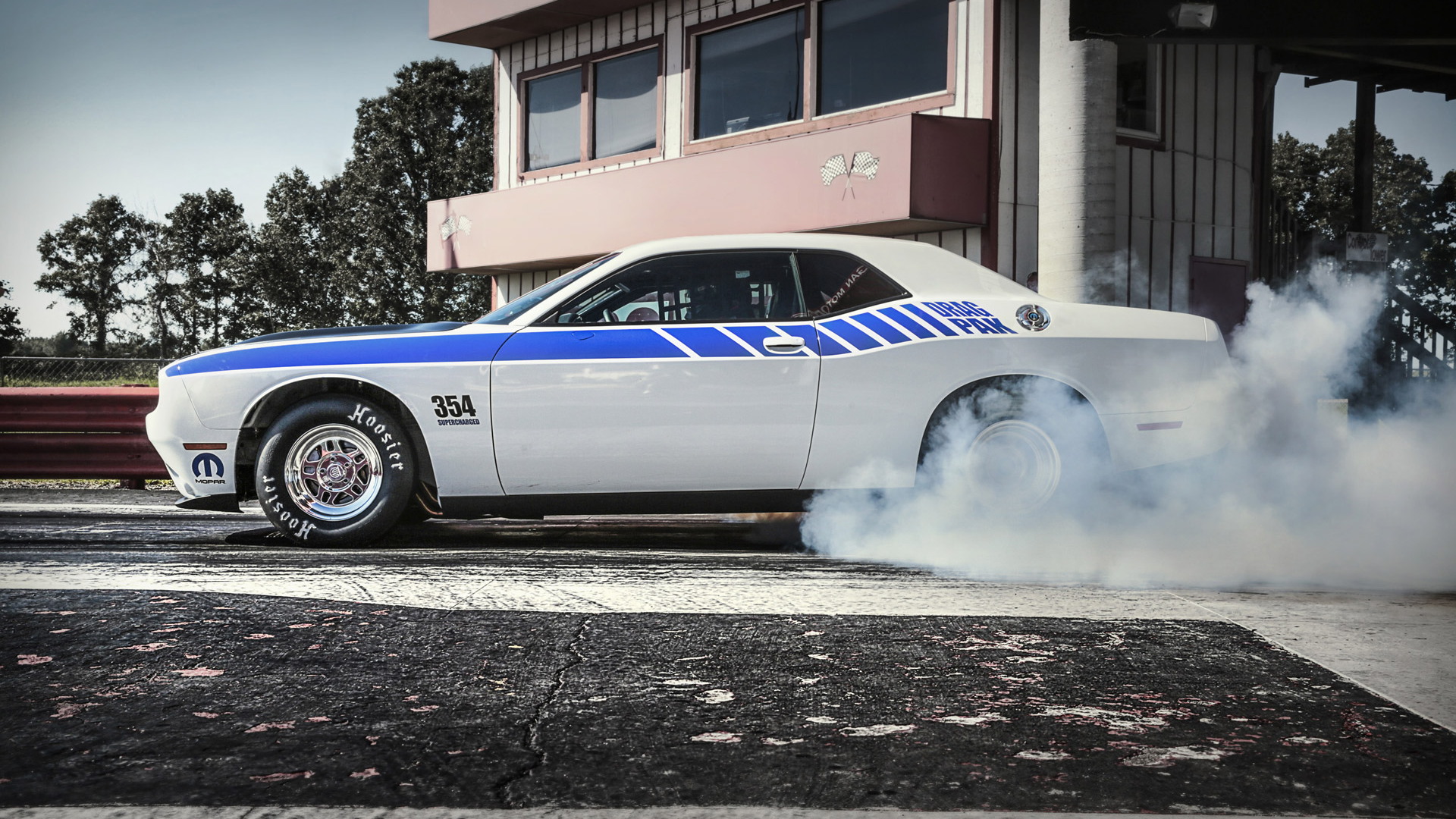 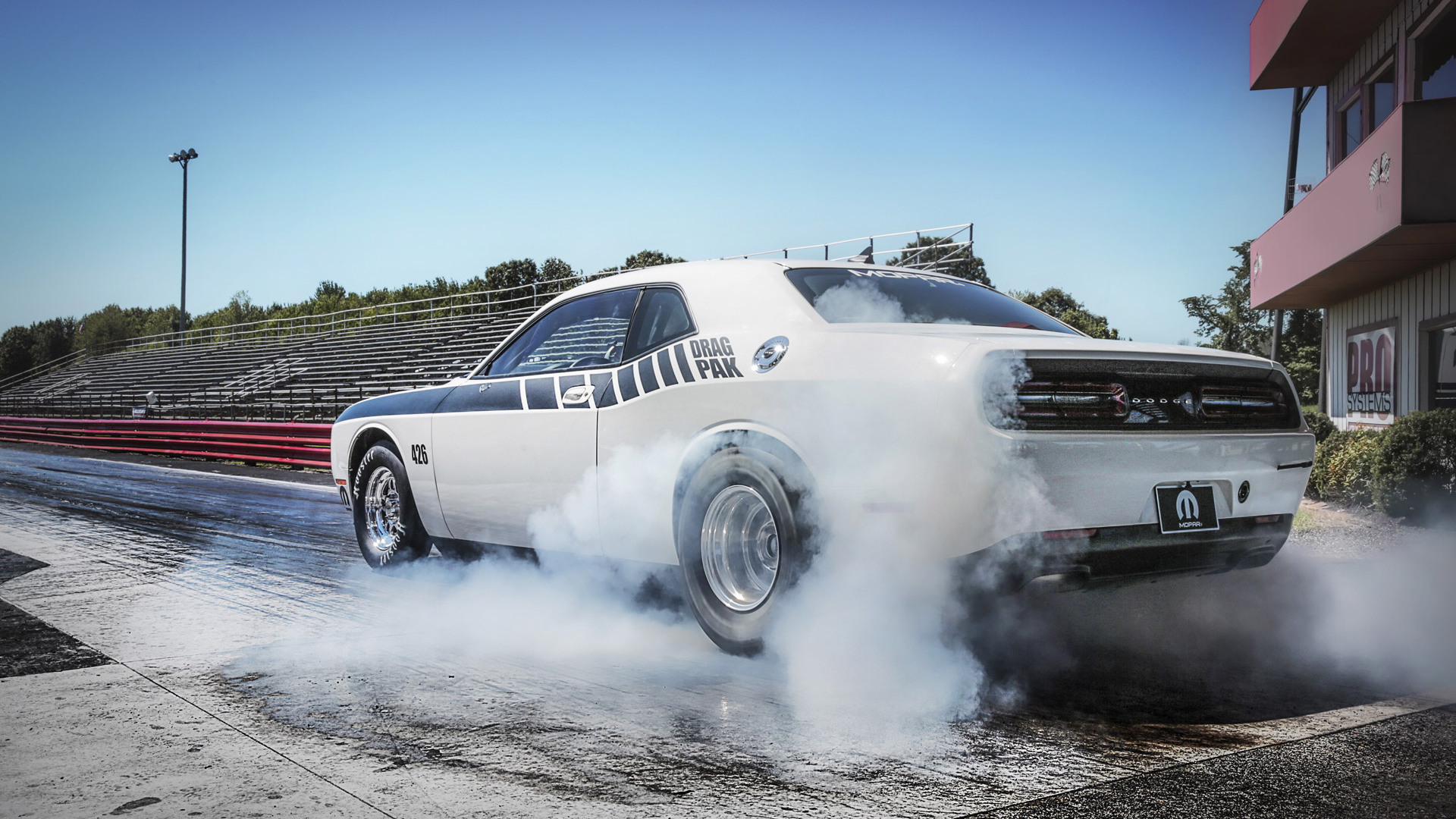 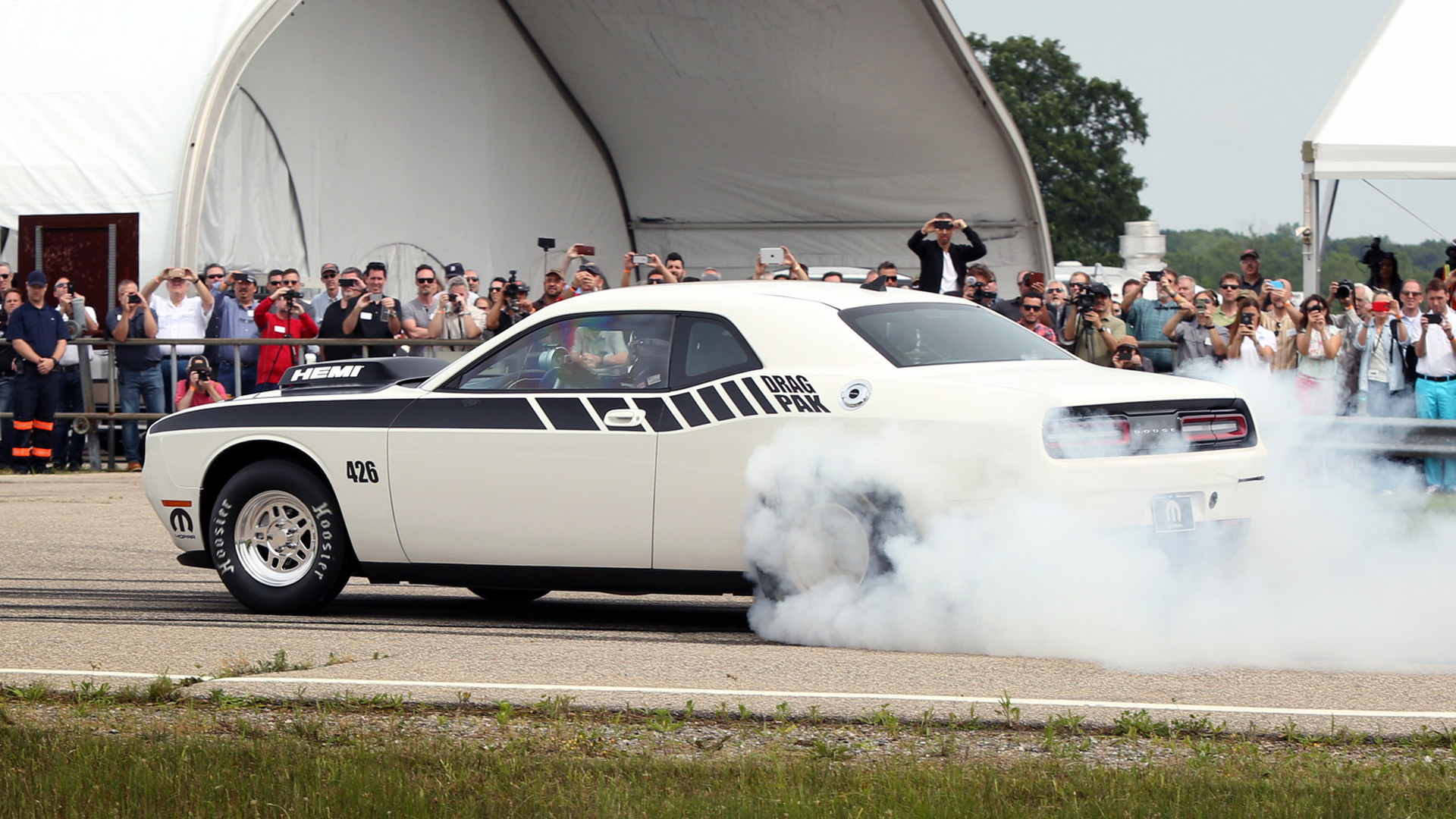 The 2015 Dodge Challenger Drag Pak might have stalled when officially revealed to journalists. But we don't think the the ham-handed intro will impact orders—a sellout is guaranteed.

Obviously, low numbers are a given too.

Only 60 Drak Pak examples will be sold, and just over half—35 for those keeping score—will be offered with the supercharged 5.8-liter (354-cubic-inch) HEMI V-8. The addition of a blower to its Drak Pak offerings is a first for Mopar, which has historically released its track-only quarter-mile gladiators in normally aspirated versions.

For domestic beasts which will always see the drag strip's Christmas tree—as opposed to a stop light—prices are high. Those interested will need to pony up $99,426 to gain entry to the club, while buyers opting for the force-fed models will see a sticker of $109,354.

Both can now be ordered at your local Dodge dealer, though it'll be a lucky customer who can score either.

For those who can't? There's always the Hellcat.