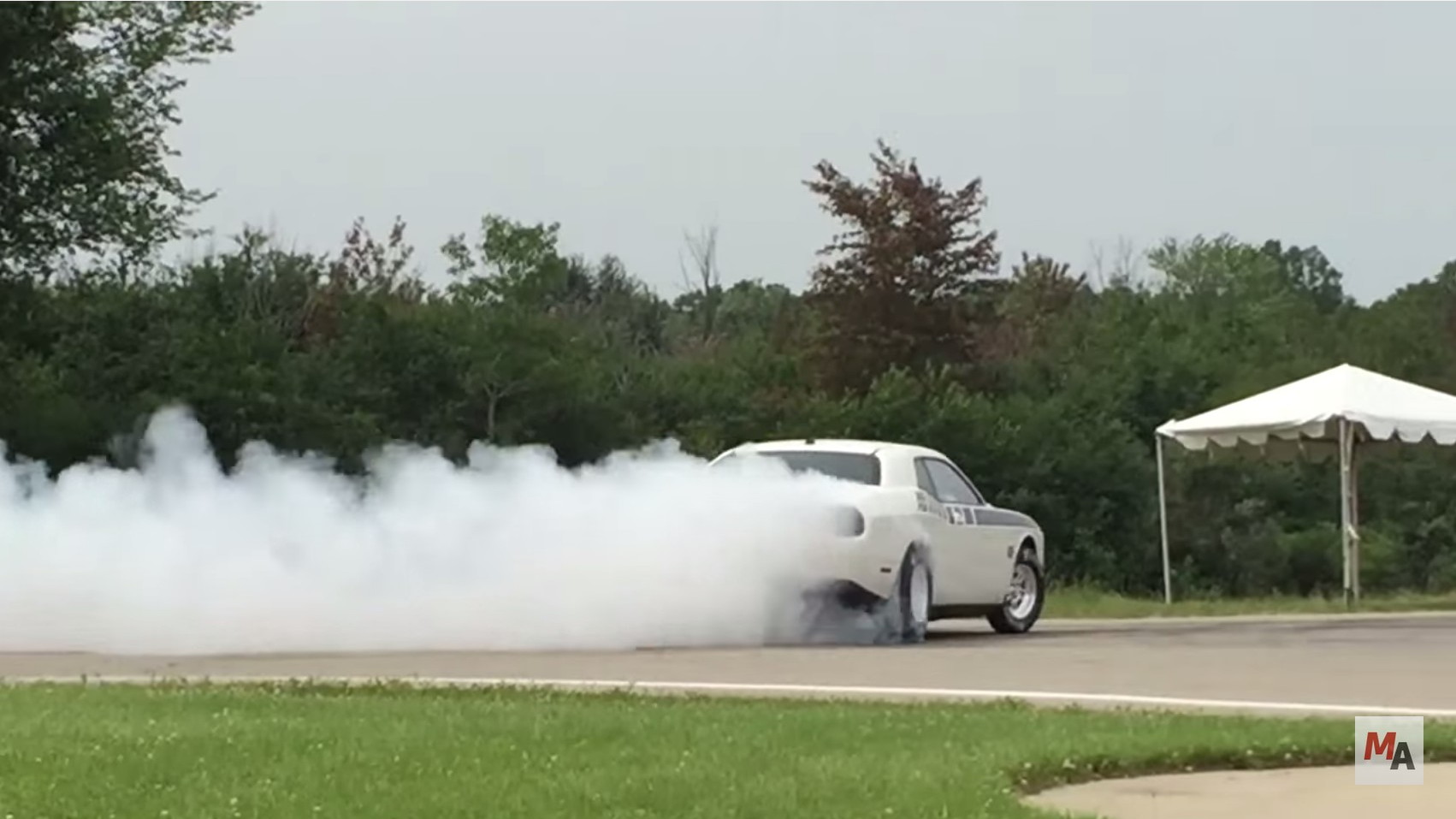 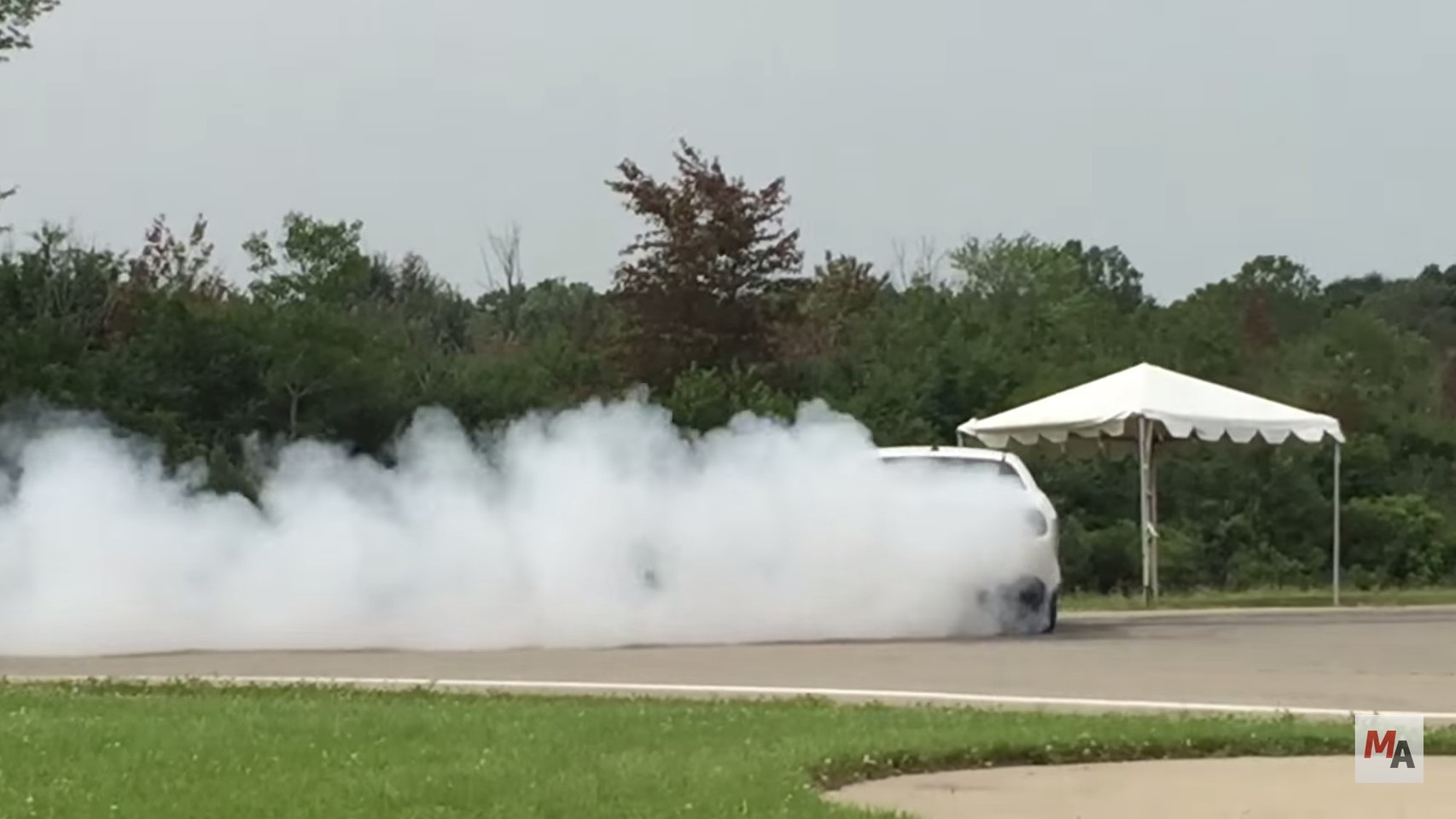 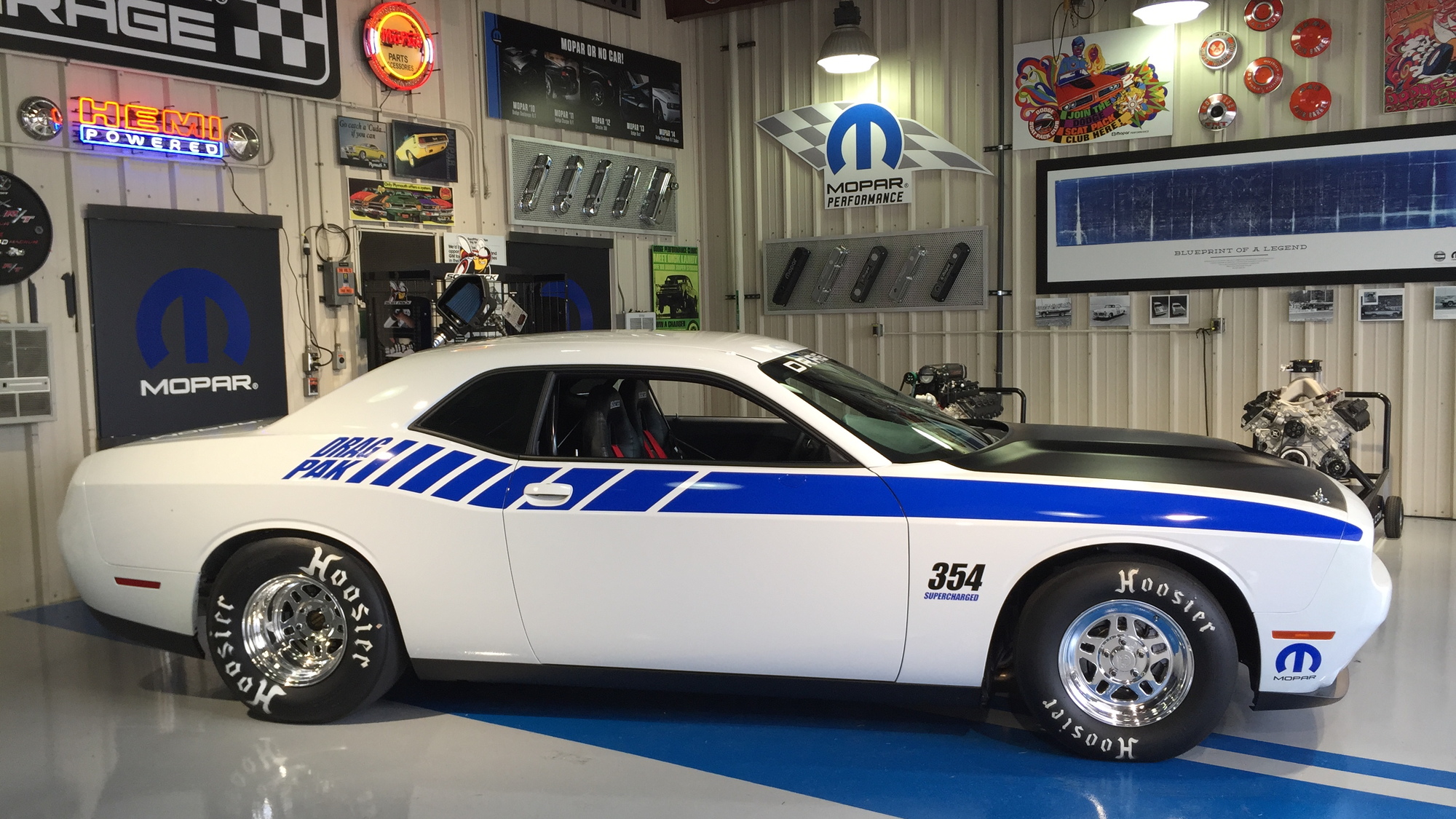 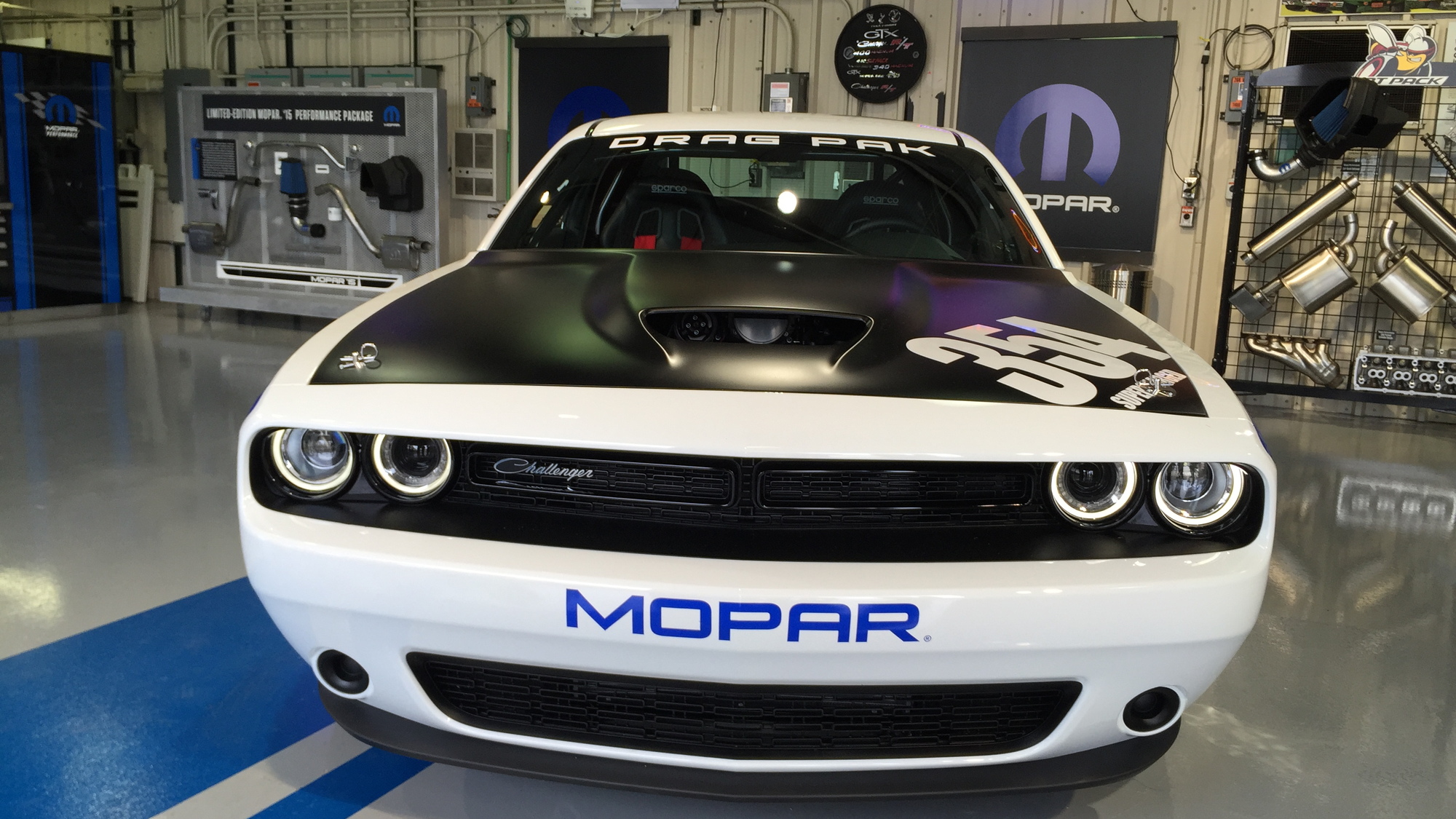 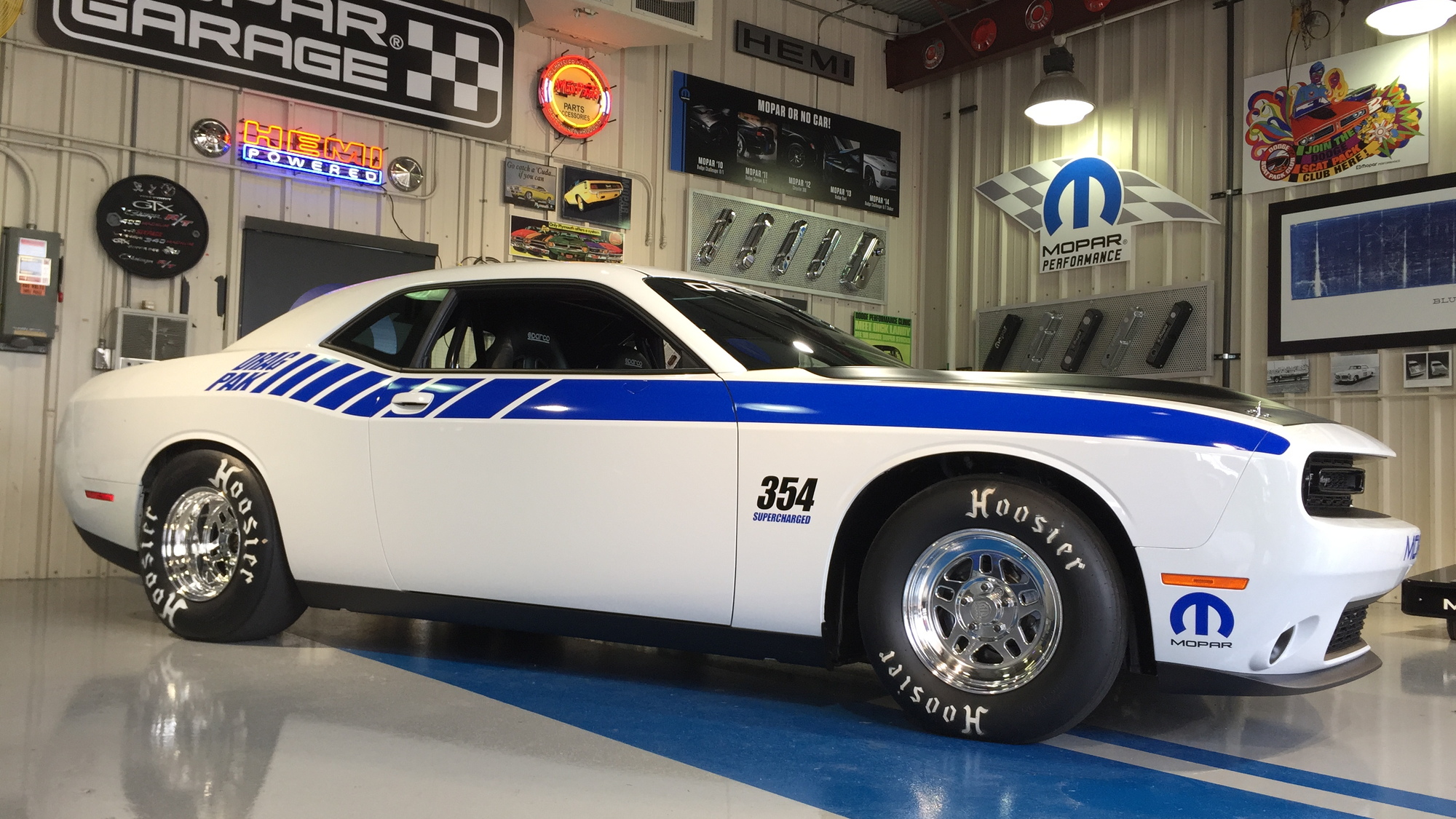 Last week Mopar made red-blooded American drag racers squeal with joy when it revealed the new 2015 Challenger Drag Pak, a drag race car based on the latest Challenger.

During the reveal the Mopar team wanted to show journalists the raw power of the new Challenger Drag Pack, but things didn't exactly go according to plan. First, the car stalled out, possibly due to flooding the engine with too much fuel. It took a few tries to get it restarted, and then the driver proceeded to do a big, honkin' burnout. Unfortunately, he nearly lost it. Fortunately, he saved it. Thankfully for our entertainment and yours, we had a camera rolling.

The big news was the two powertrain options: Buyers can choose between a naturally-aspirated 7.0-liter (426-cubic-inch) HEMI V-8, or the new supercharged 5.8-liter (354-cubic-inch) HEMI V-8. No matter which engine you choose power is sent through a Chrysler-based TH400 automatic transmission and a race-style stick shifter with integrated line lock. An aluminum driveshaft sends power to the 15-inch Hoosier Drag Radials at the rear.

Performance? It doesn't disappoint. Dodge says it'll run 8s and top out at 150 mph at the big end in the quarter mile.

Pricing starts from $99,426 with the naturally-aspirated engine and jumps to $109,354 if you opt for the supercharged HEMI.

Crank up your speakers and watch the new 2015 Dodge Challenger Drag Pak try to launch, stall, burn out, and nearly lose it. You're welcome.