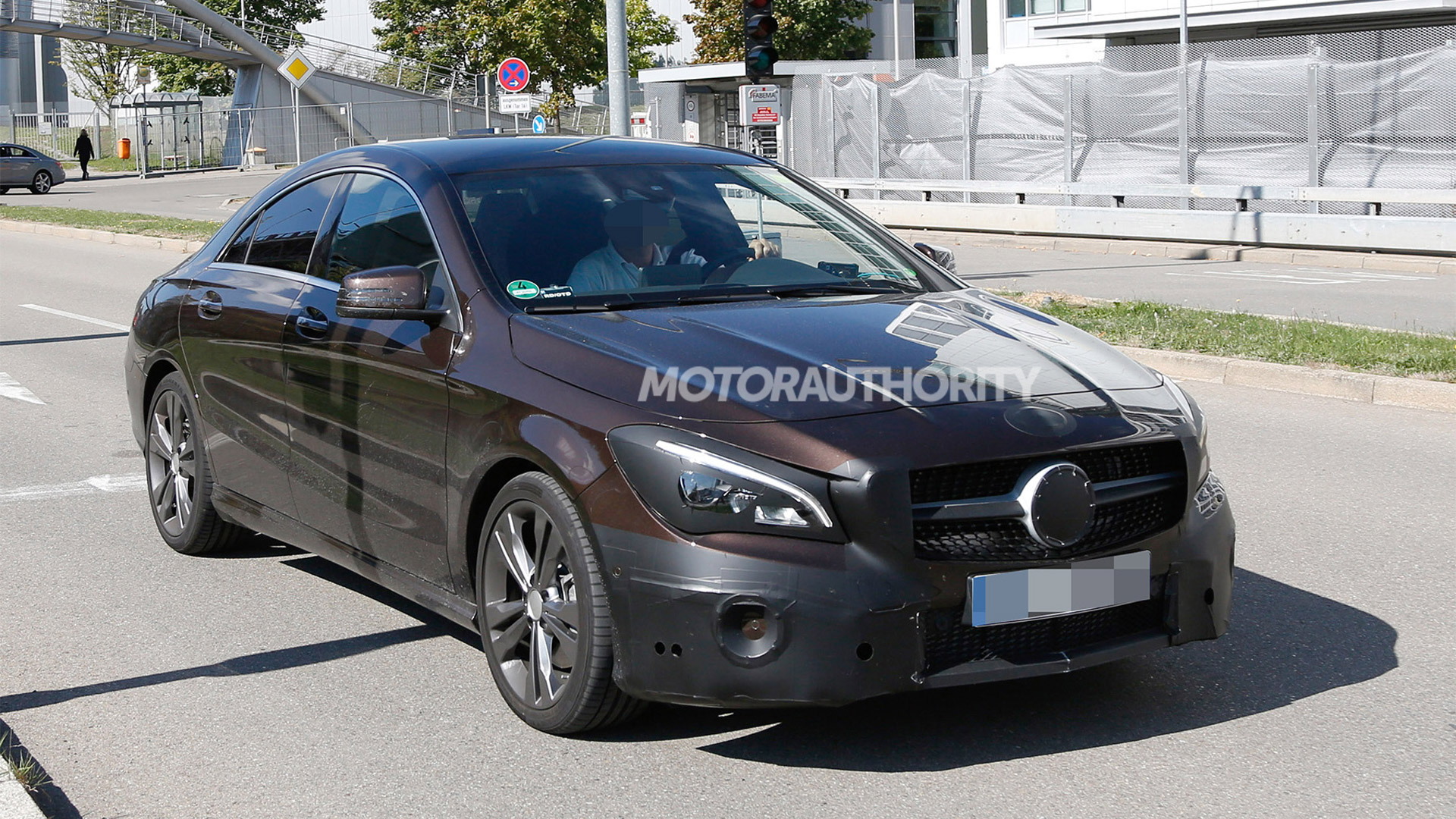 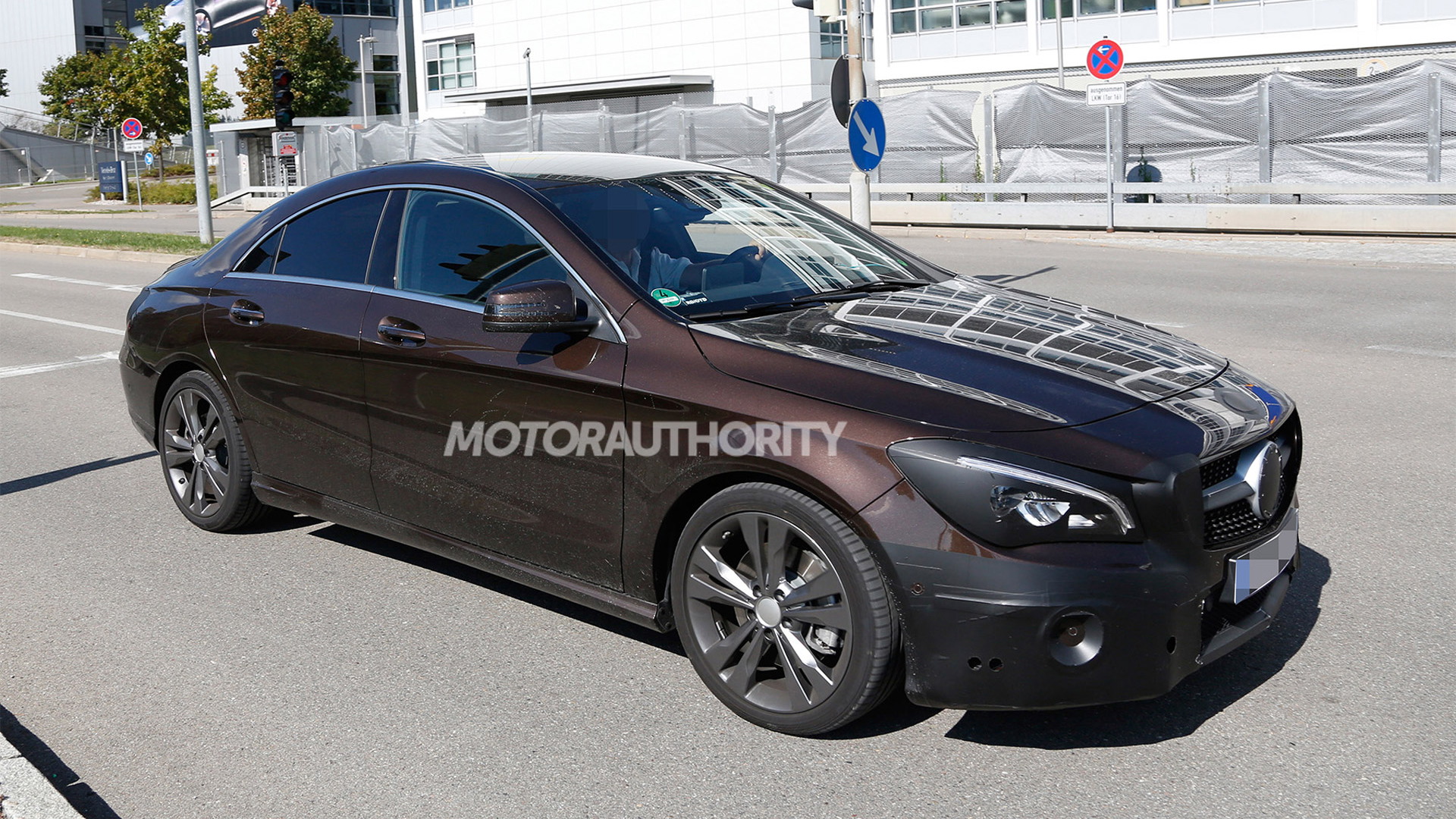 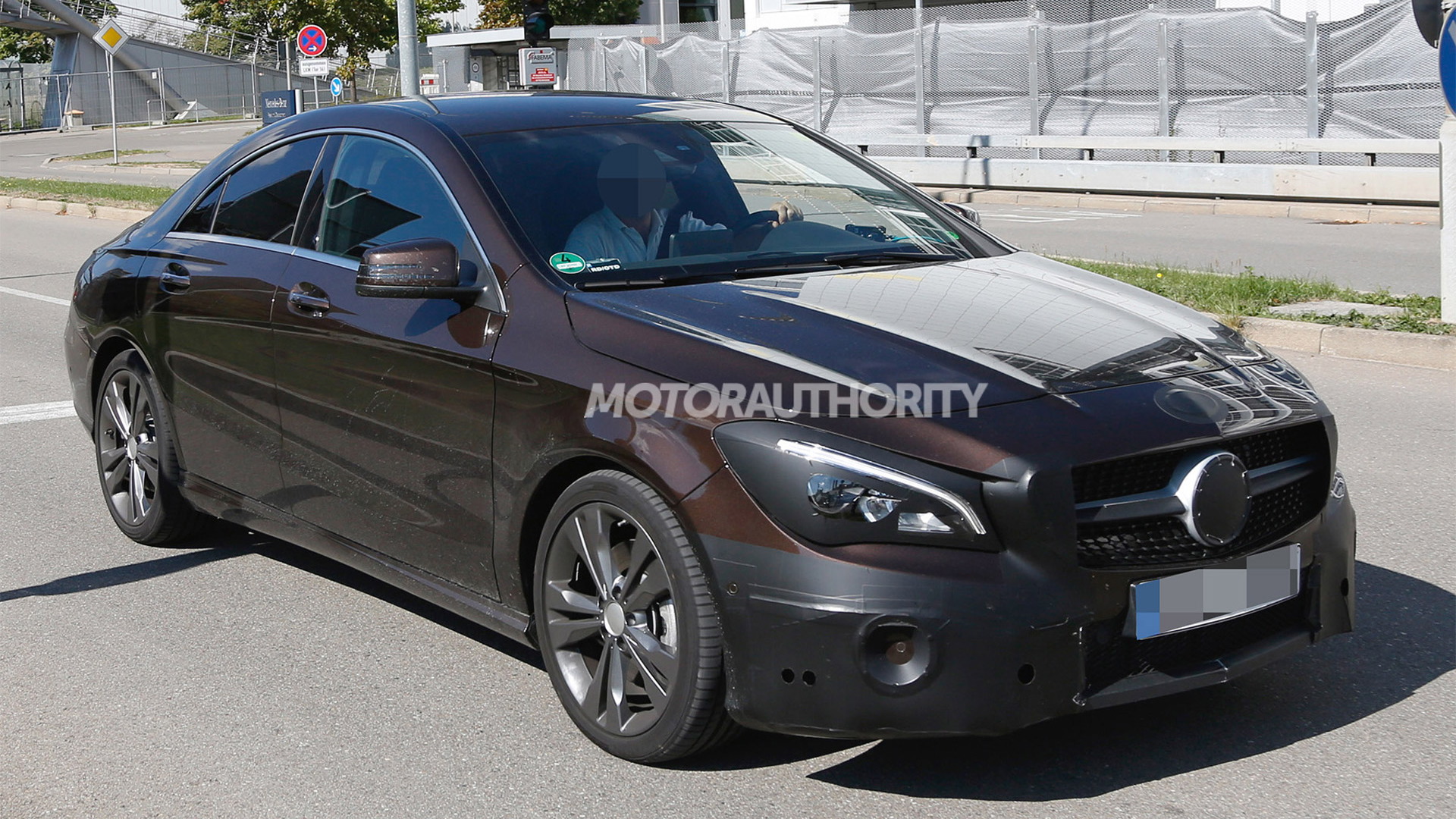 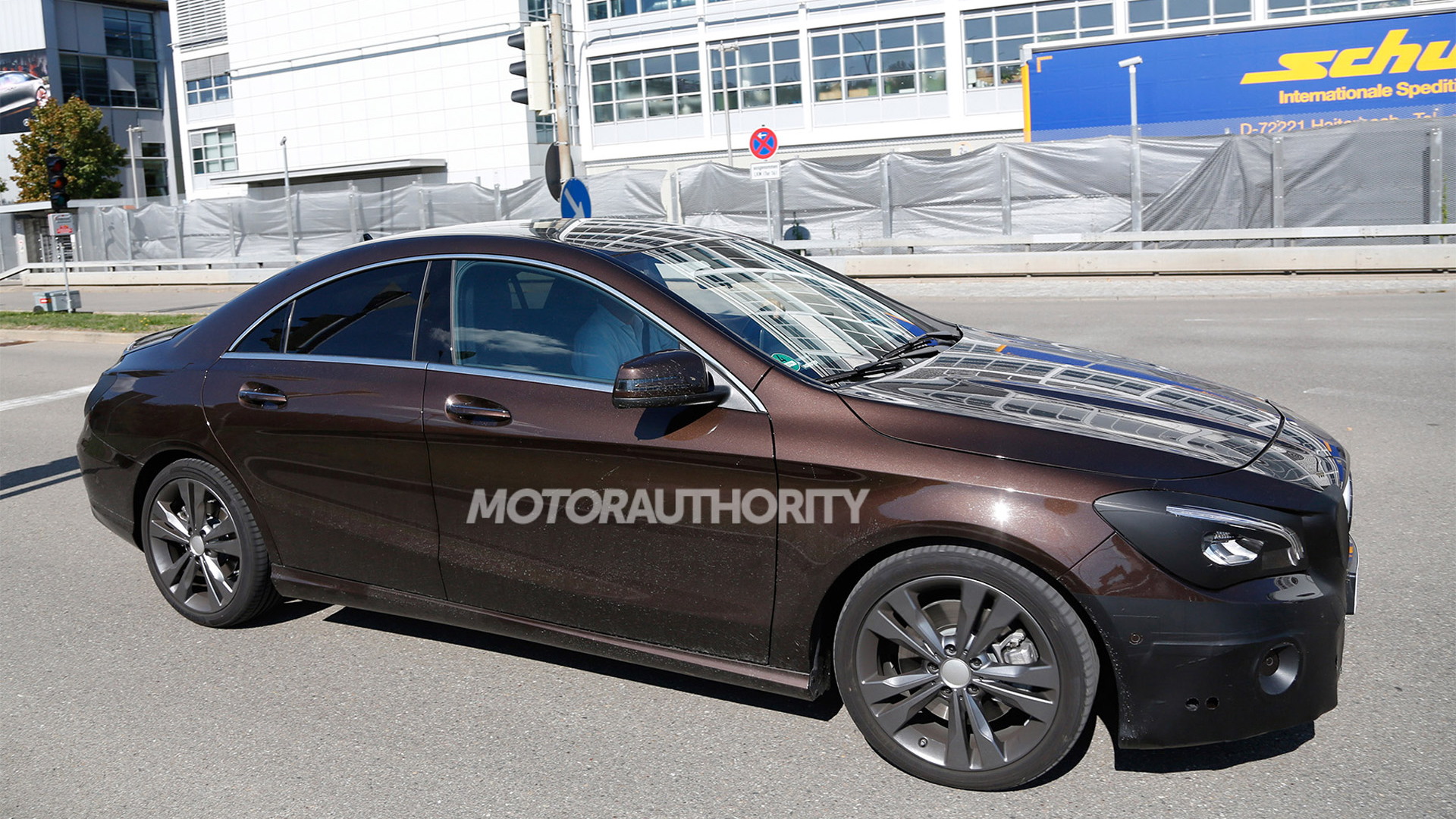 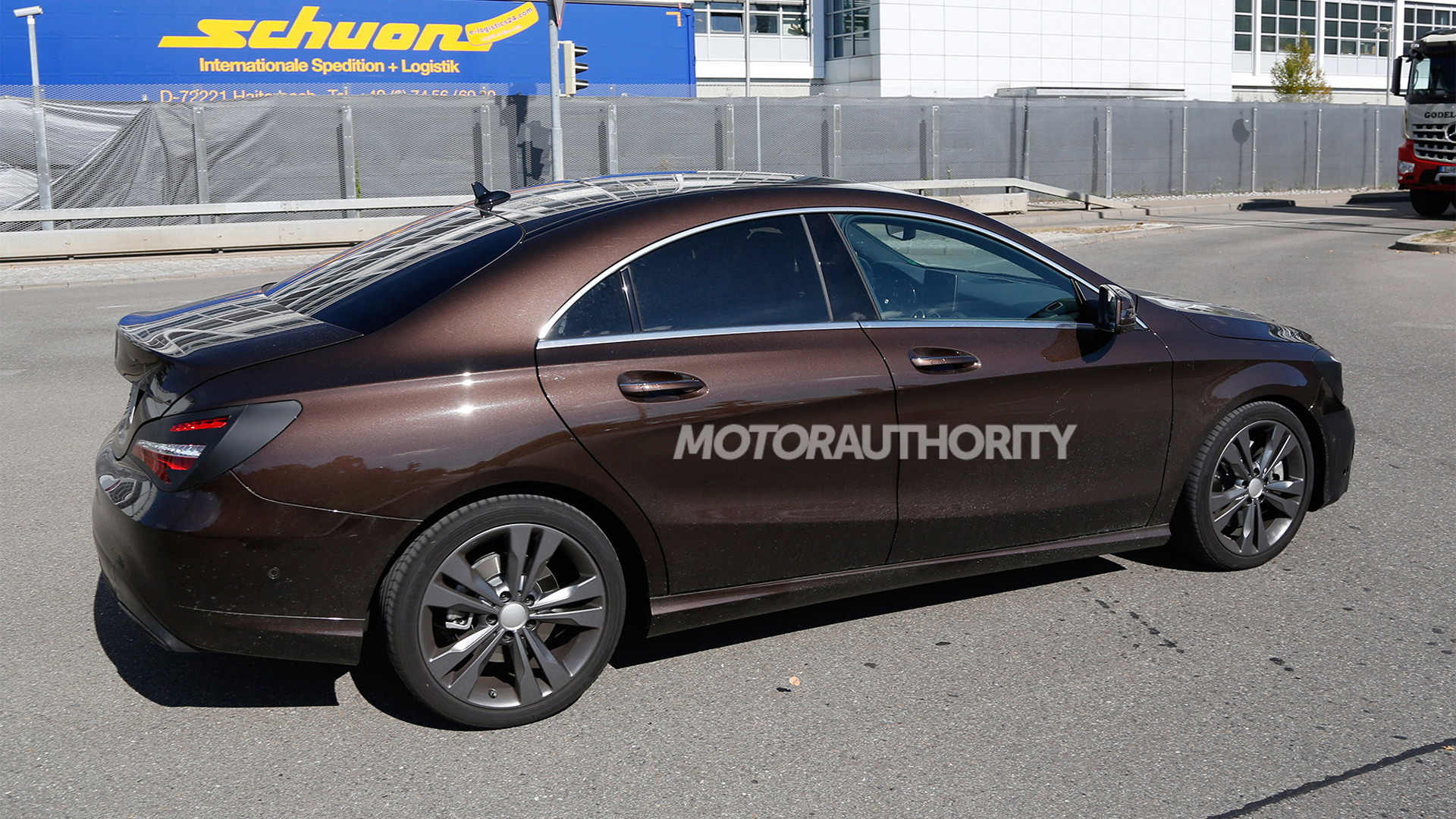 The Mercedes-Benz CLA-Class only arrived on these shores in 2013, but it's already approaching the midway point in its life cycle at which point the popular compact sedan will receive a subtle facelift. The changes will mirror those made to the related A-Class hatchback earlier this year.

A prototype for the updated CLA has just been spotted. The car is expected to go on sale in the fall of 2016, as a 2017 model. Most of the changes will be cosmetic,  as the 2016 model year already sees the CLA receive some mechanical upgrades.

For example, Mercedes made its Dynamic Select system standard on the CLA for 2016. There is also an available adaptive damping system and a special Edition Orange model limited to 750 units nationwide. The high-performance Mercedes-AMG CLA45 also received a bump in output to 375 horsepower and 350 pound-feet of torque.

So is it worth waiting for the 2017 CLA? Right now all we’re expecting are some new graphics in the lights and a tweaked front bumper design. It’s likely we’ll also see a few upgrades in the interior, mostly in the areas of connectivity and electronic driver aids.

Look for a debut of the 2017 CLA late this year or early next.