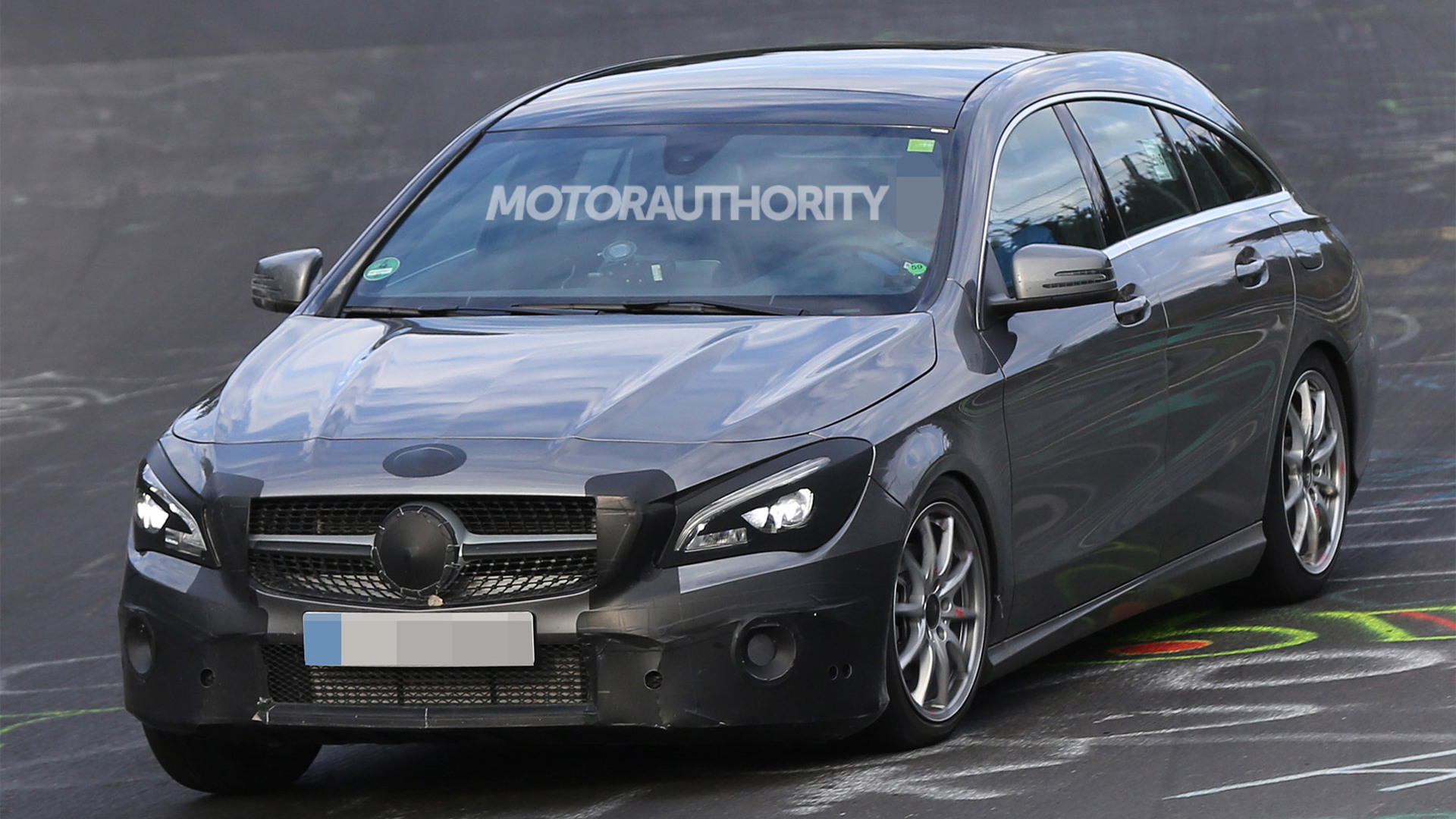 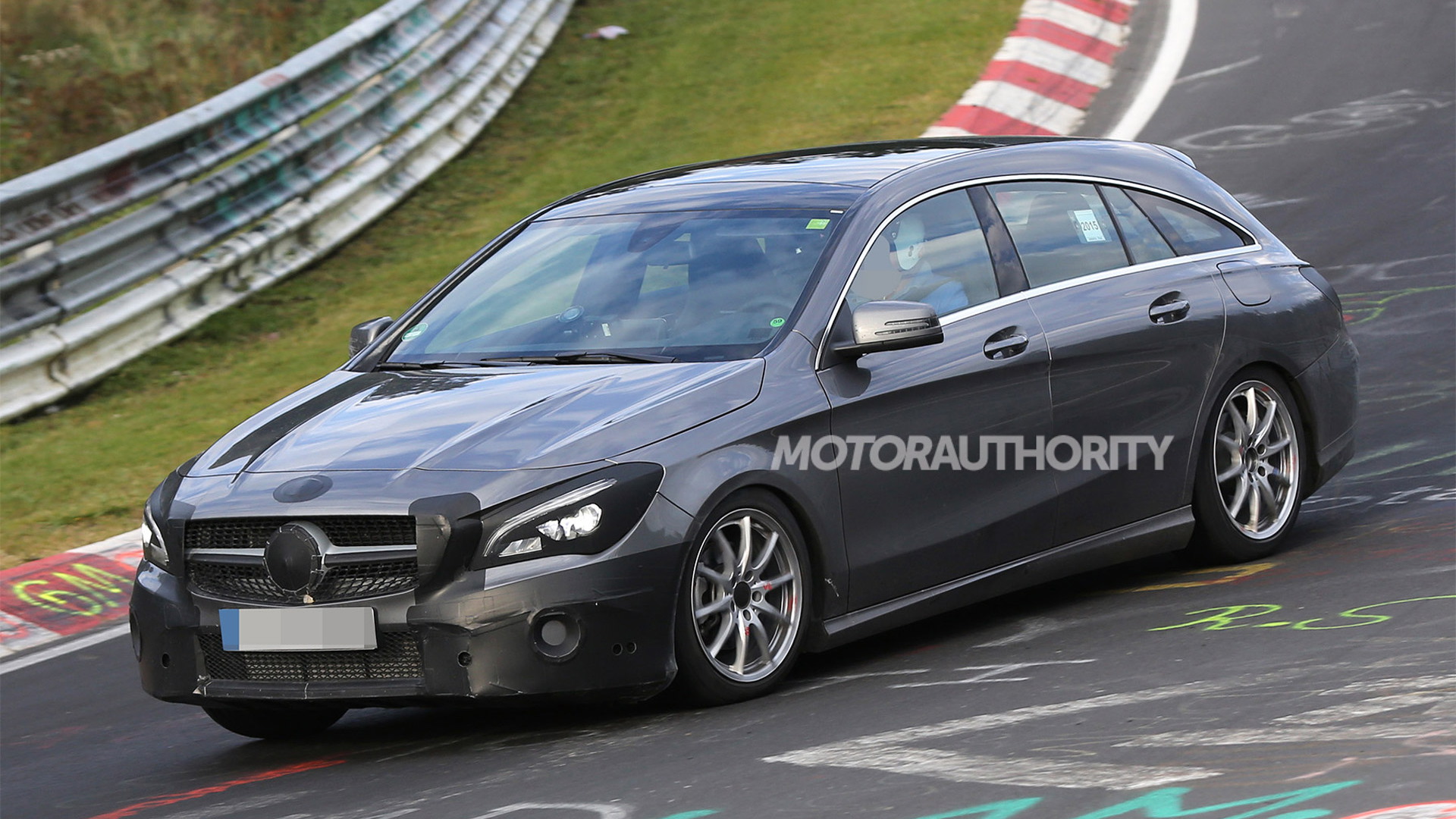 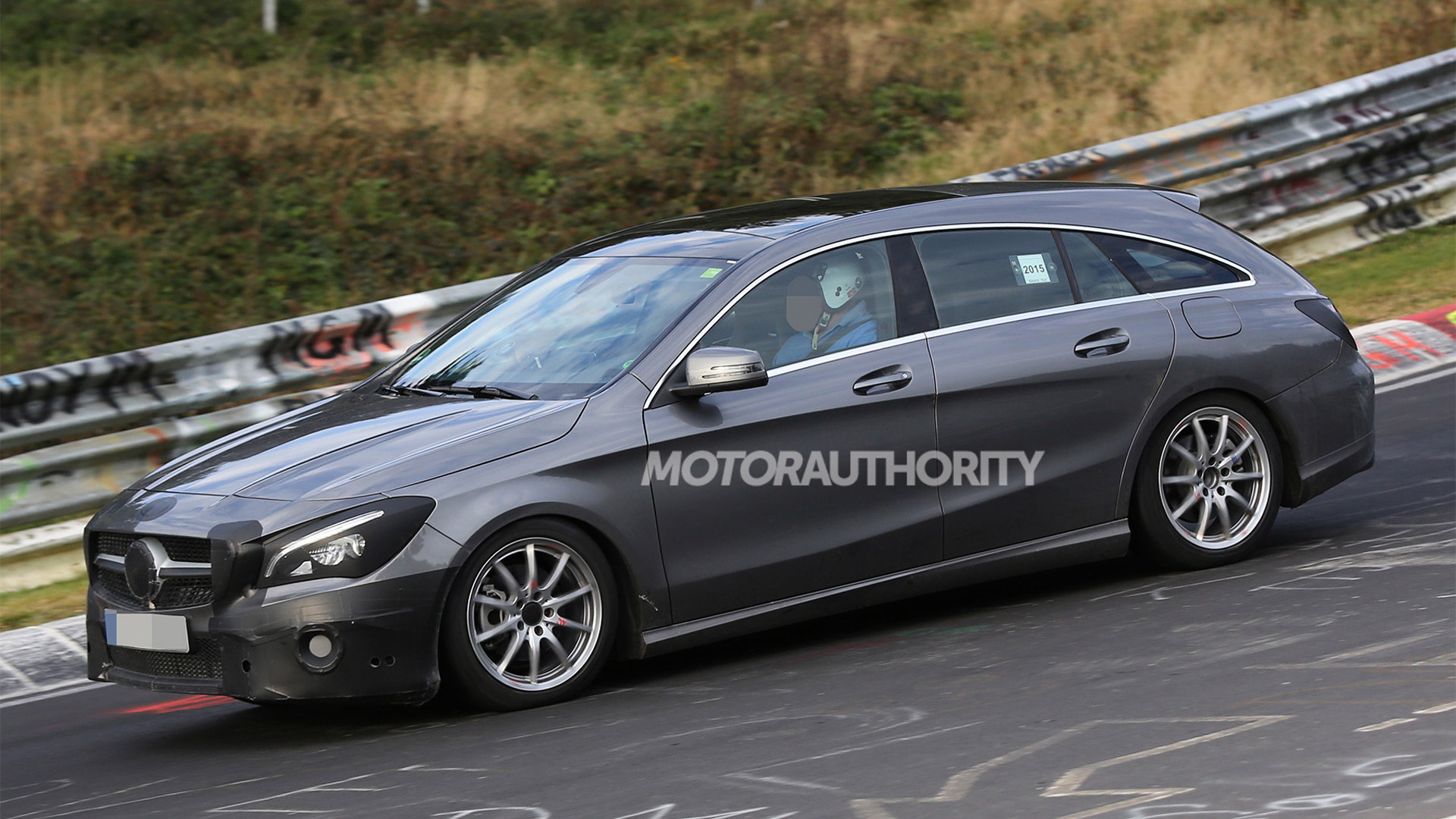 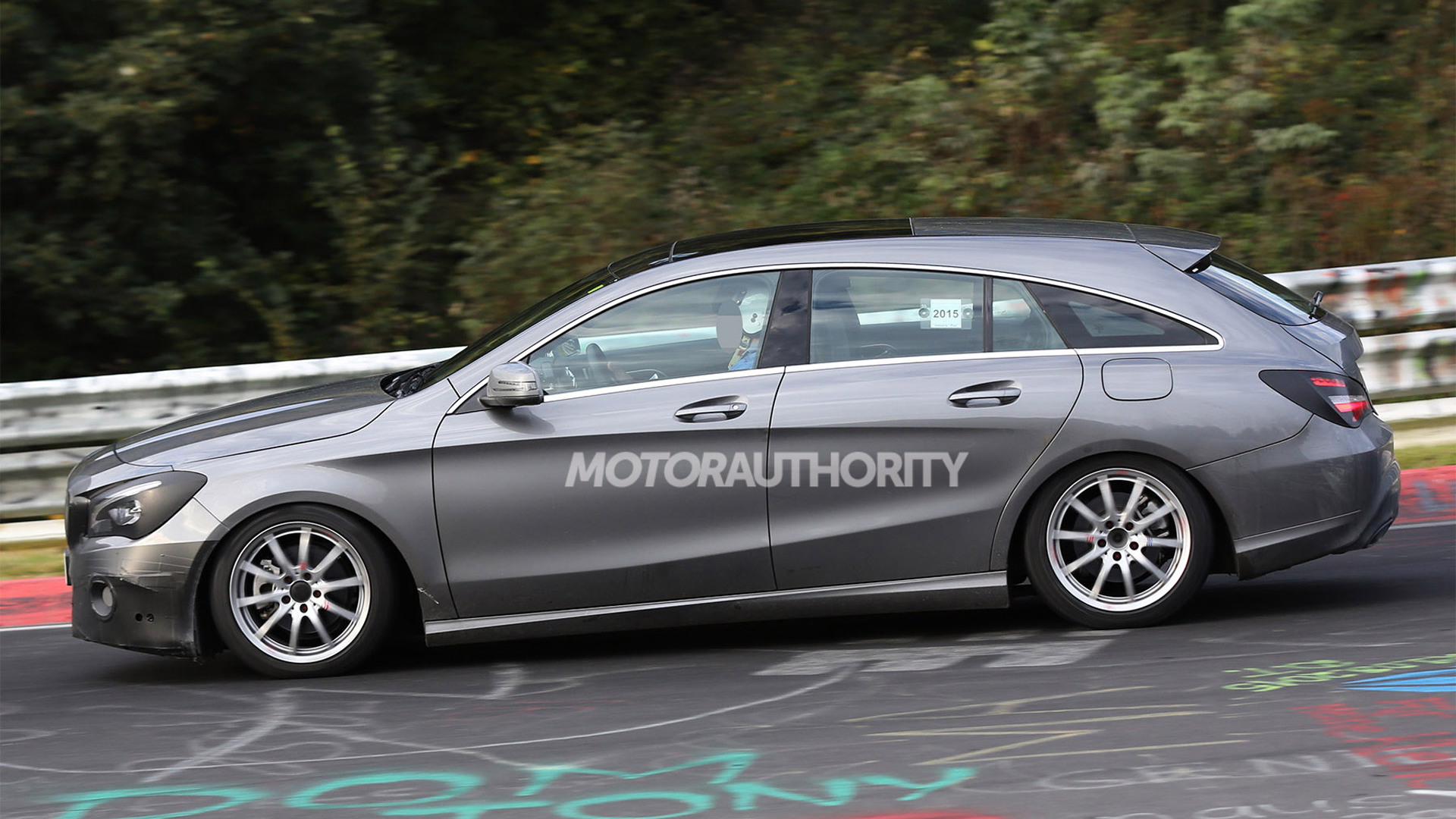 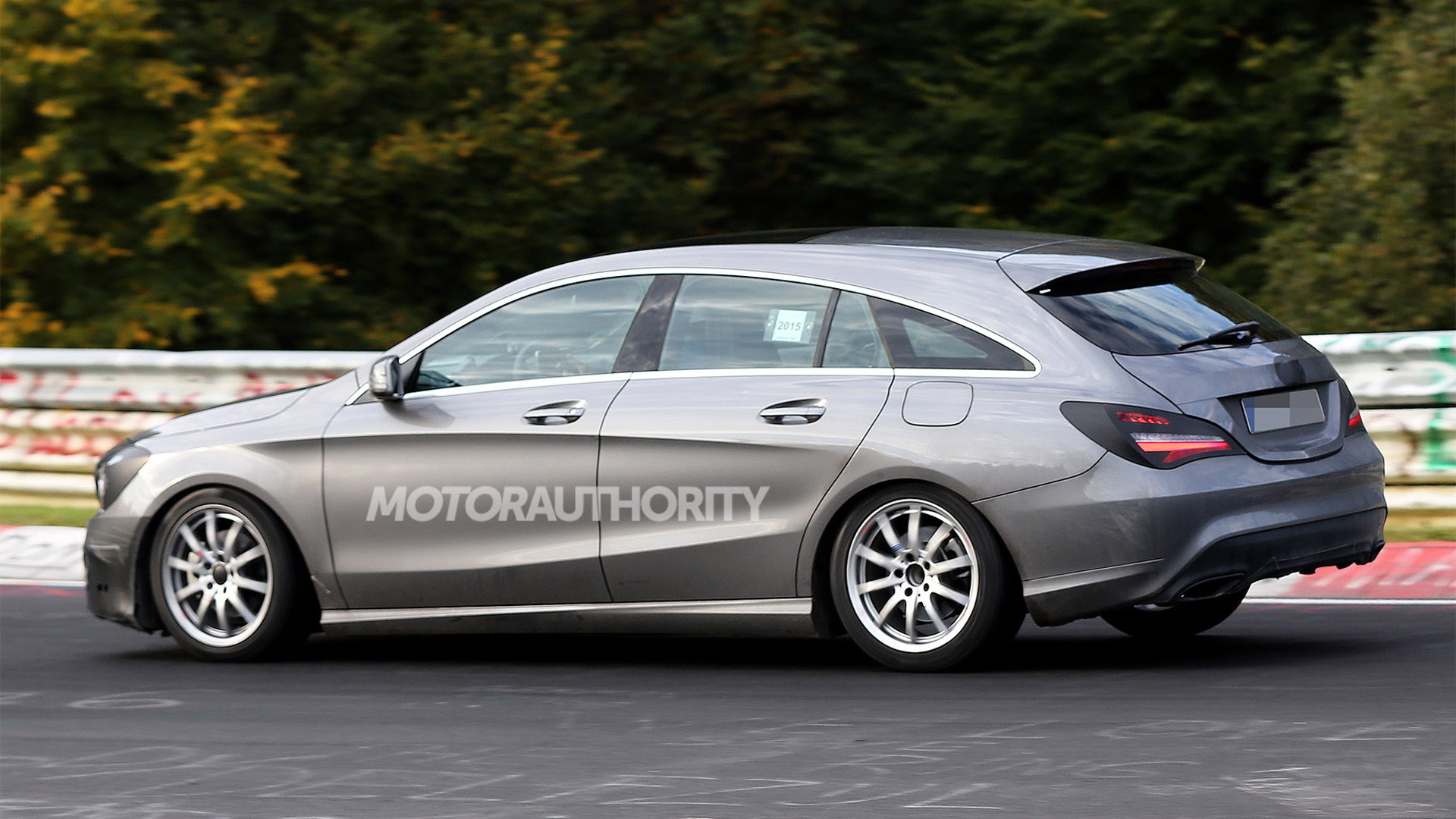 The Mercedes-Benz CLA Shooting Brake only arrived on the scene a year ago, but the compact wagon is already set to undergo a mid-cycle update. That’s because Mercedes is updating all of its compact cars, including the CLA and CLA Shooting Brake. We now have spy shots of the latter in updated form.

Most of the changes will be cosmetic as the CLA range has just received some mechanical upgrades. These include the addition of the Dynamic Select driving modes system and adaptive damping suspension on regular models and extra power for the high-performance Mercedes-AMG variants.

Thus for the update, look for some subtle tweaks such as revised lights and new bumpers. It’s likely we’ll also see a few upgrades in the interior, mostly in the areas of connectivity and electronic driver aids.

The powertrain lineup for the CLA Shooting Brake will match that of the latest CLA sedan, meaning a range of four-cylinder engines with the most potent being the 375-horsepower turbocharged 2.0-liter of the Mercedes-AMG CLA45. The standard transmission is a seven-speed dual-clutch transmission and buyers will have the option of all-wheel drive instead of the standard front-wheel drive.

Look for the CLA Shooting Brake to be introduced early next year. Unfortunately for readers in the United States, Mercedes still doesn’t have any plans to bring it over here due to the same reason it doesn’t bring in the larger CLS Shooting Brake: a lack of demand for wagons.