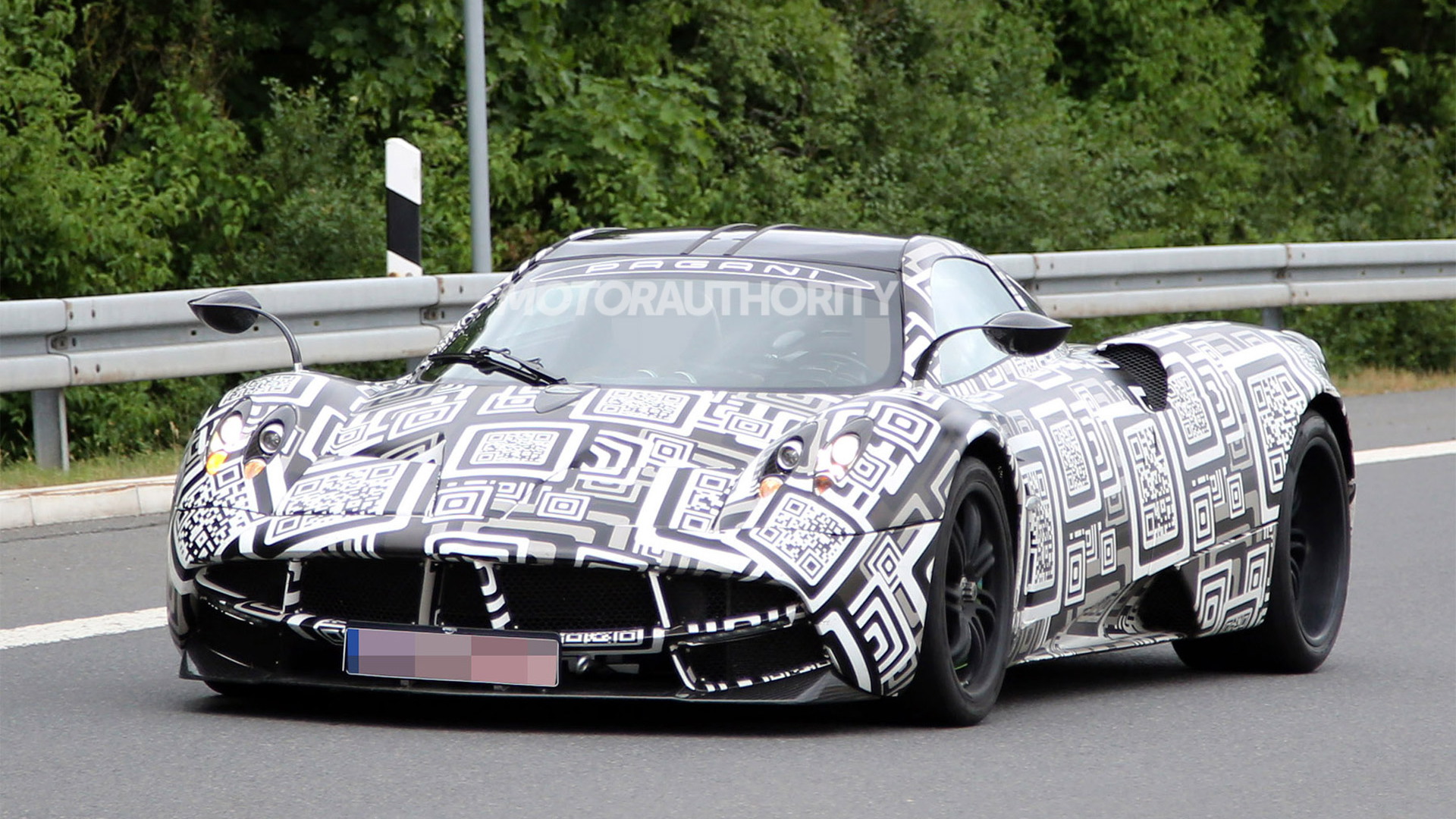 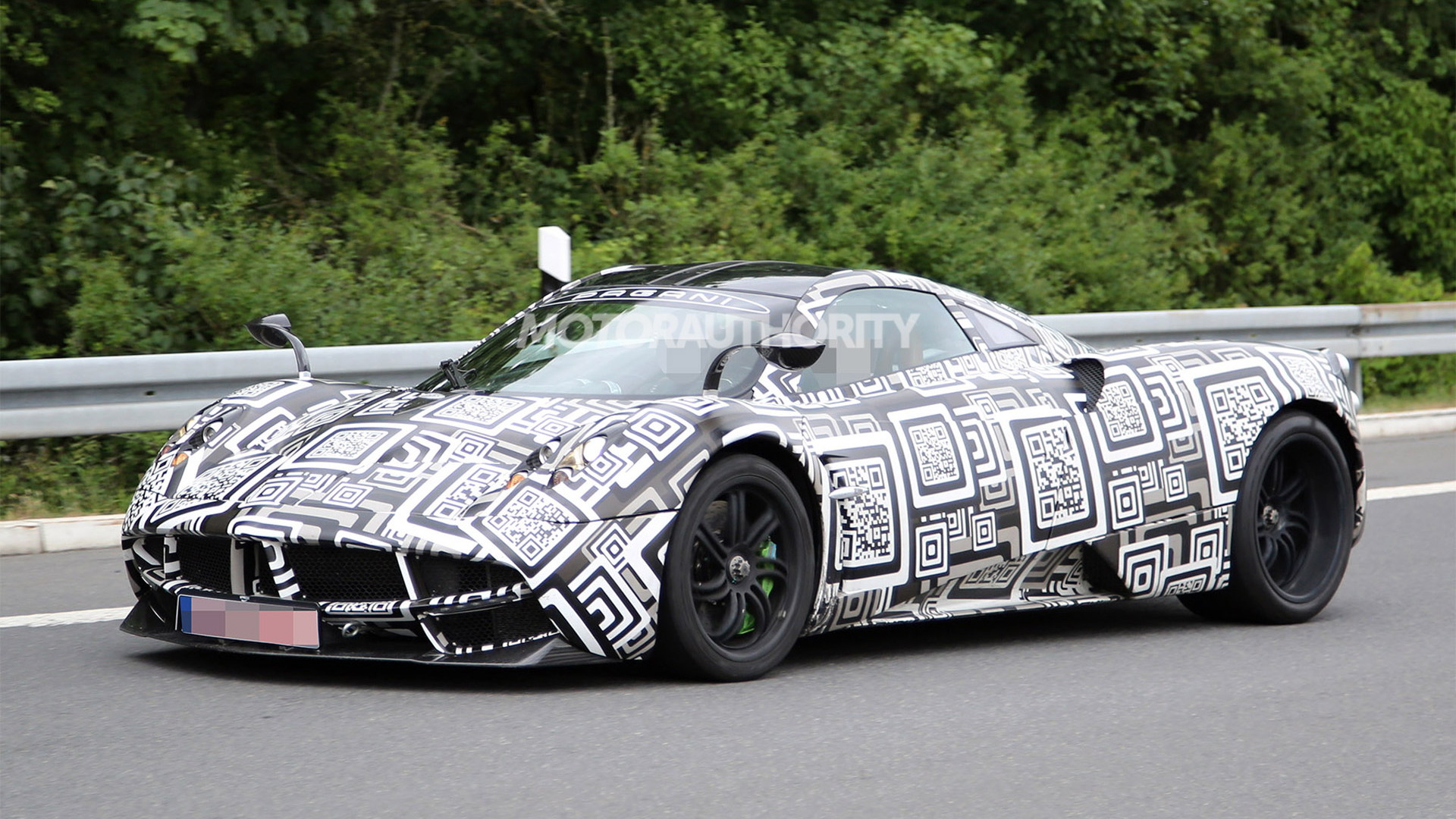 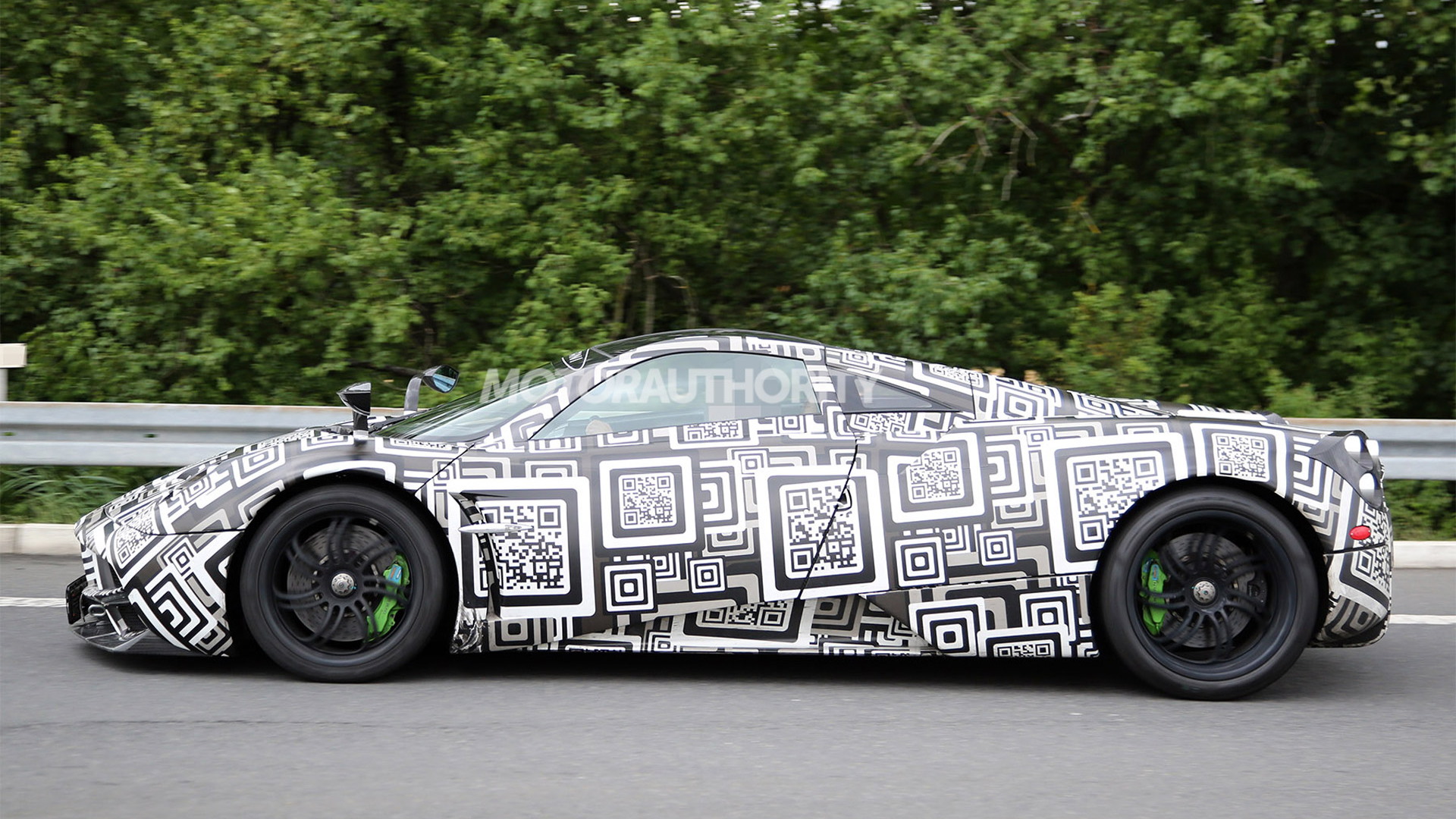 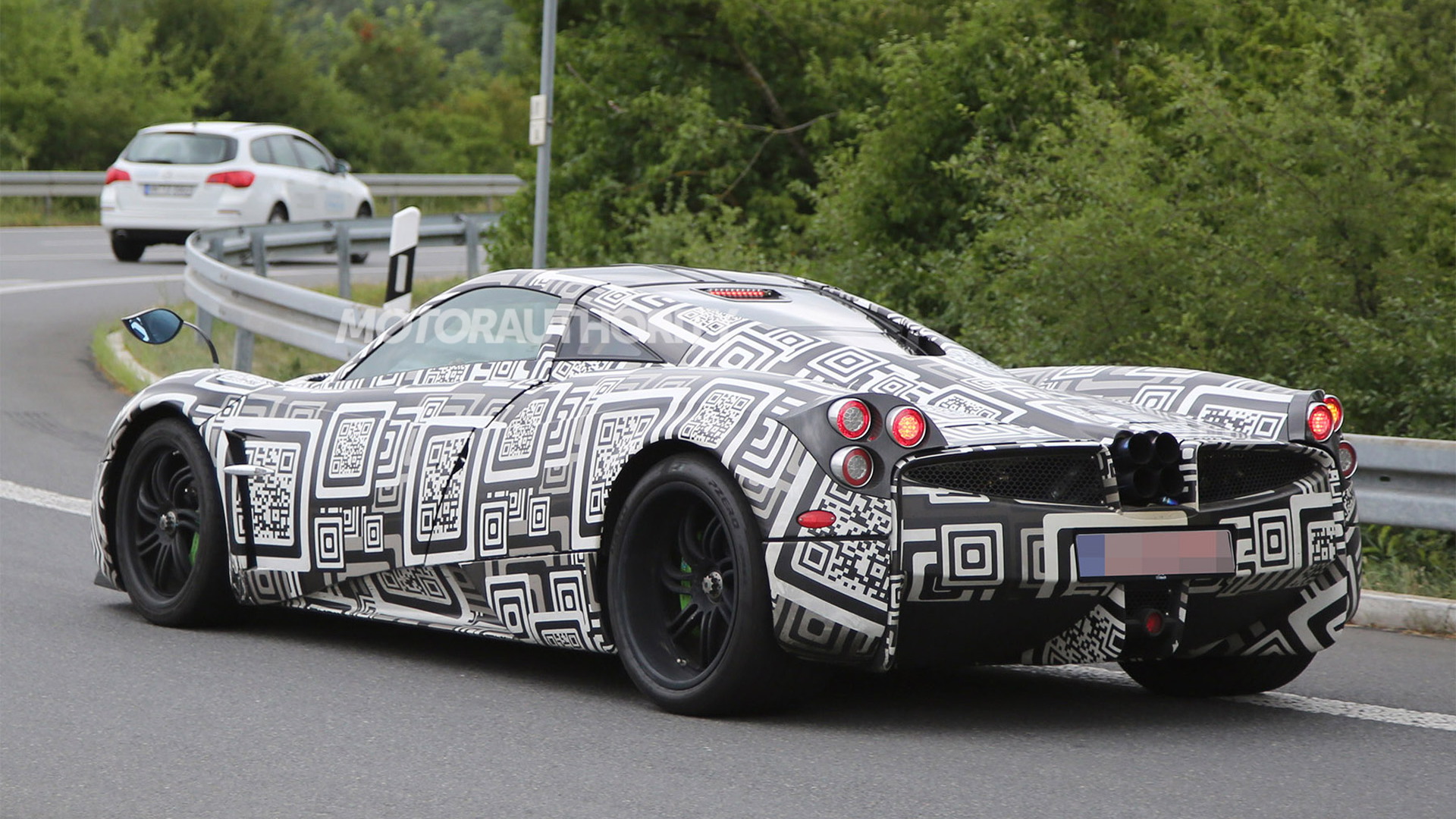 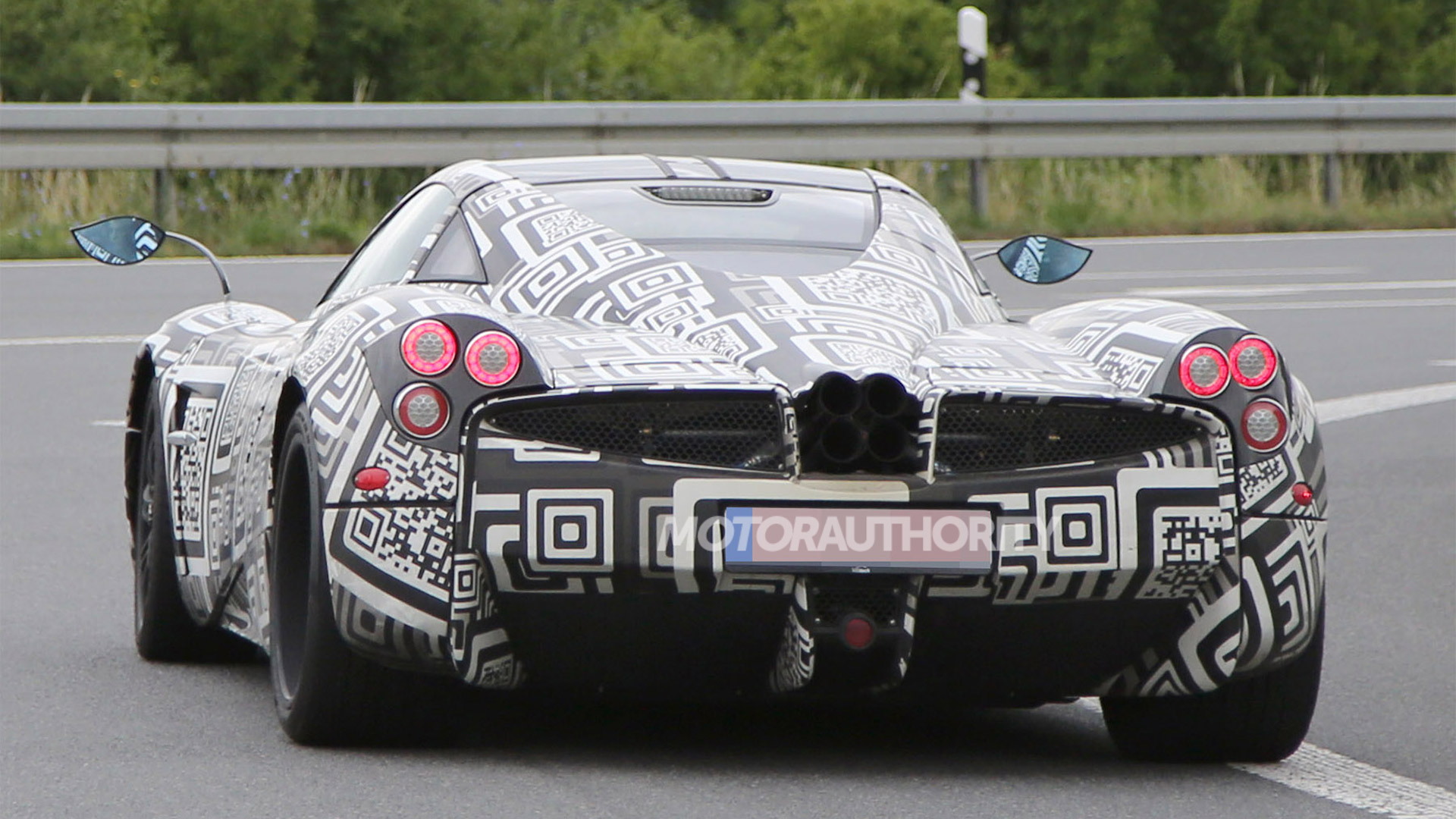 Pagani is working on a more extreme version of its Huayra supercar, with camouflaged prototypes spotted in the wild for the past couple of months now. The latest was spotted at the San Martino del Lago race track in Italy’s north, and it was seen sporting a massive carbon fiber rear wing for the first time.

We have a video of the prototype thanks to YouTube user PurePerformance. The short clip only shows the prototype exiting and re-entering a garage, but in addition to the new wing the video also reveals a different engine note to the regular Huayra’s vocals, suggesting some powertrain mods.

As we’ve previously reported, the new Huayra variant is likely packing an uprated version of the twin-turbocharged 6.0-liter V-12 engine Pagani sources from Mercedes-AMG. With the regular Huayra now outmatched by mere Lamborghinis and Ferraris in the power department, its powertrain could certainly use an upgrade. World Car Fans hints the output may be 800 horsepower, up from the regular Huayra’s 720 hp.

We still don’t know what the new Huayra variant will be called, but many suggest it will be called a Huayra R. Unlike the previous Zonda R, however, this one will be street-legal. Its debut is expected to take place at the 2016 Geneva Motor Show next March.

Pagani has sold out its 100-planned build slots for the regular Huayra, however, as we saw with the previous Zonda Pagani is likely to continue offering additional special edition versions like this one.  On top of this, Pagani also has plans for a Huayra Roadster.