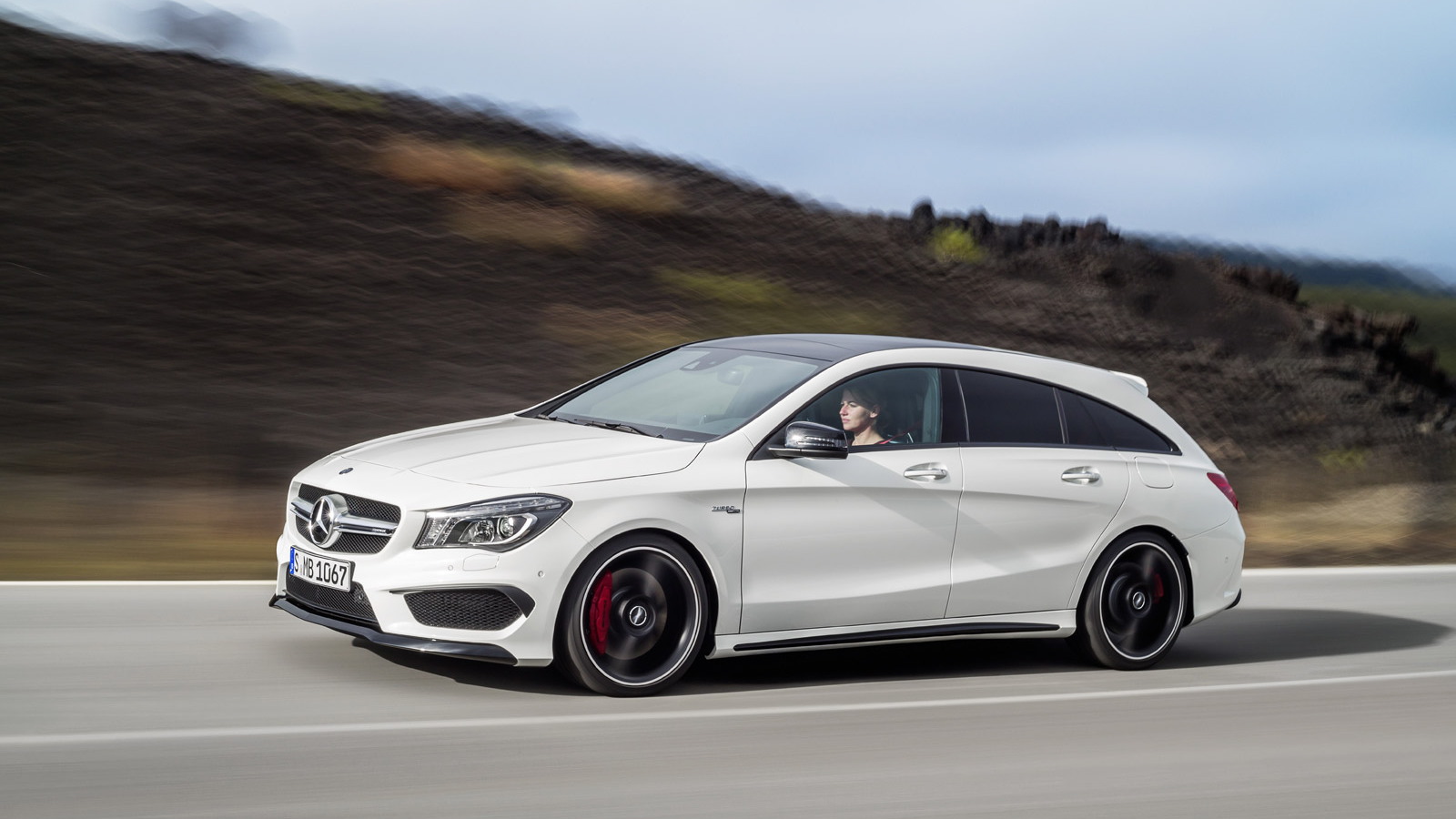 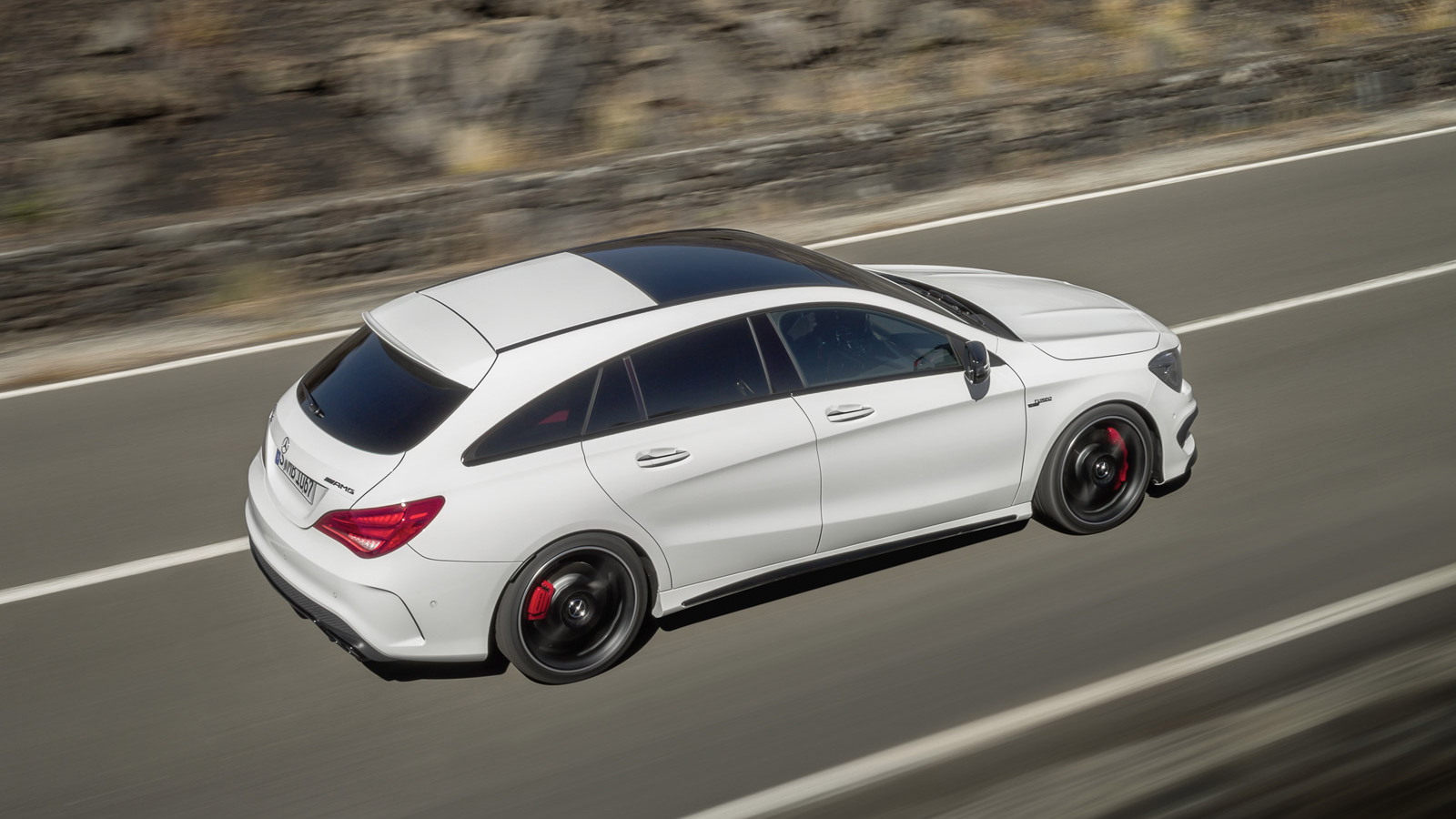 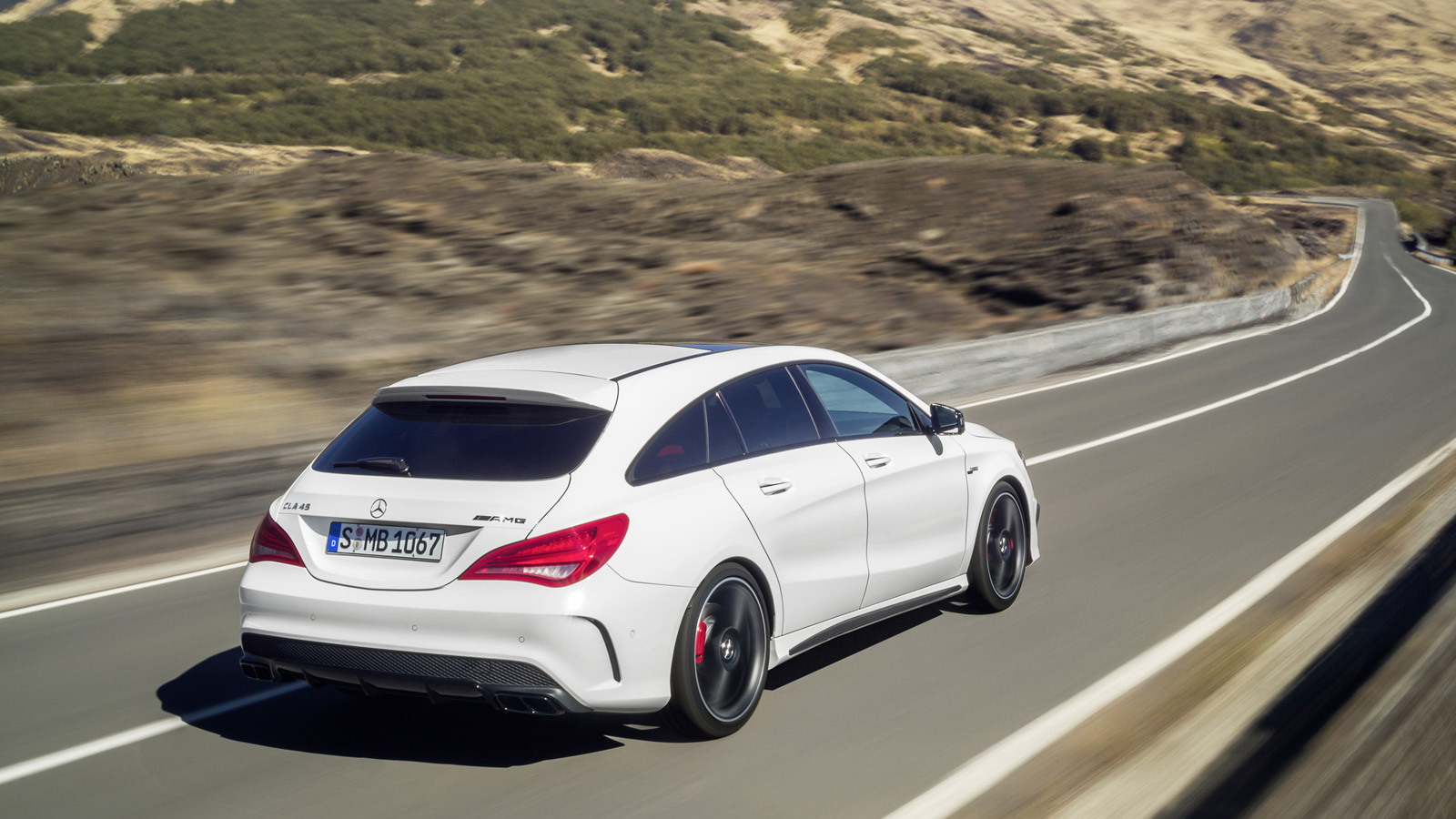 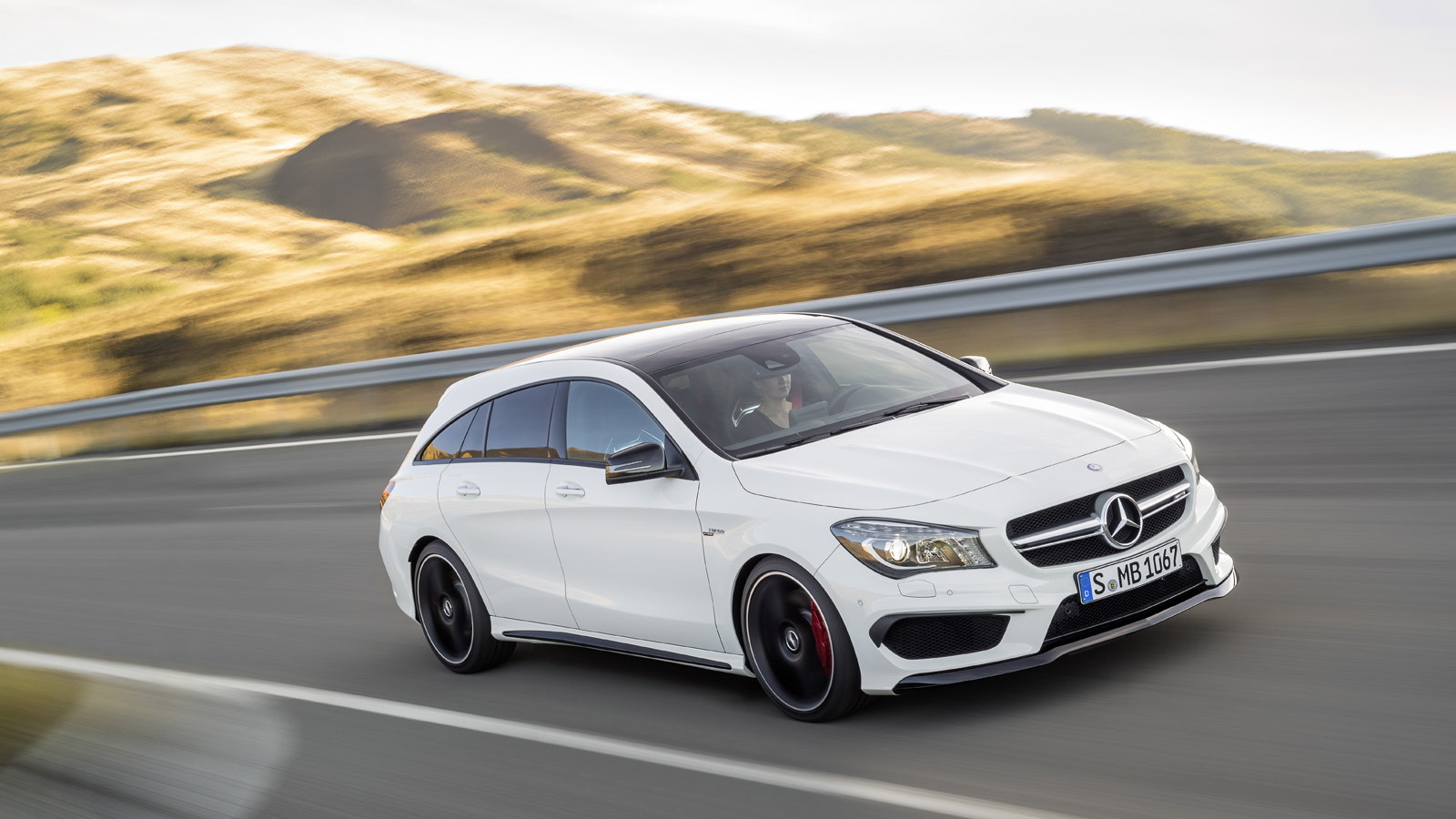 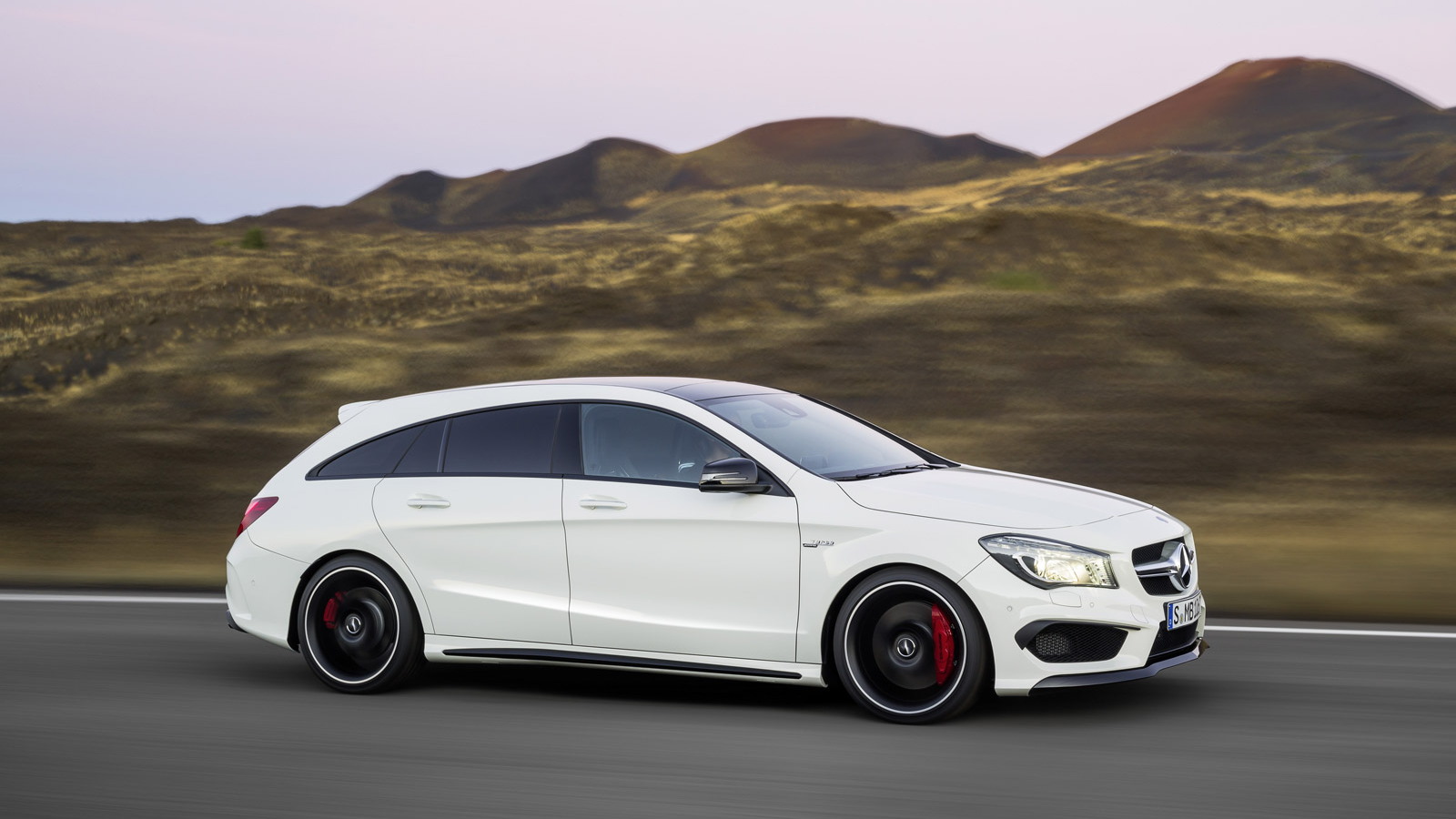 Mercedes-Benz has just taken the covers off its fifth compact car, the all-new CLA Shooting Brake. The newest addition to the Mercedes lineup is essentially a wagon version of the CLA-Class sedan, and it has been revealed today in both standard form and the high-performance CLA45 AMG variant. Sadly, neither is coming to the U.S.

Why the Shooting Brake name and not Wagon or Estate? Mercedes considers the CLA a coupe and a traditional shooting brake is a coupe with a hatch, so even ‘four-door coupes’ with hatchback-style rears are considered shooting brakes by the German automaker. The new CLA Shooting Brake is Mercedes’ second such vehicle, the first being the CLS Shooting Brake.

CLA buyers opting for the shooting brake body essentially receive more room. Headroom in the rear is significantly greater than in the four-door CLA. At 37.2 inches, the effective headroom in the rear is 1.6 inches higher than it is in the sedan. Access to the second row of seats is also much easier. The load compartment offers a capacity that ranges from 17.4 to 47.8 cubic feet (when loaded up to the upper edge of the rear seat backrests or loaded to the roof with the rear bench seat folded down, respectively).

There will be several variants available at launch: two with diesel engines and five with gasoline units. The most potent of these will be the CLA45 AMG Shooting Brake, which like the CLA45 AMG sedan sold here will pack a turbocharged 2.0-liter four-cylinder engine good for 355 horsepower and 332 pound-feet of torque. 4Matic all-wheel drive will be standard on this model and an option for anyone buying the 211-hp CLA250.

The entry-level model will be a front-wheel-drive CLA180 with 122 hp. All CLA Shooting Brakes will also come with a seven-speed dual-clutch transmission as standard, just like the CLA sedan.

The CLA45 AMG Shooting Brake is our pick of the bunch. The vehicle not only packs the world’s most powerful production four-cylinder engine, it also has multiple driving modes for its transmission and electronic stability systems, a sports-oriented all-wheel-drive system, and uprated suspension, wheels, tires and brakes. Owners can expect 0-60 mph acceleration in under 5.0 seconds and a top speed of 155 mph.

Order books for the full CLA Shooting Brake range open in Europe in January and the car’s first public appearance will take place at the 2015 Geneva Motor Show in early March. Deliveries will commence shortly after the Geneva debut.