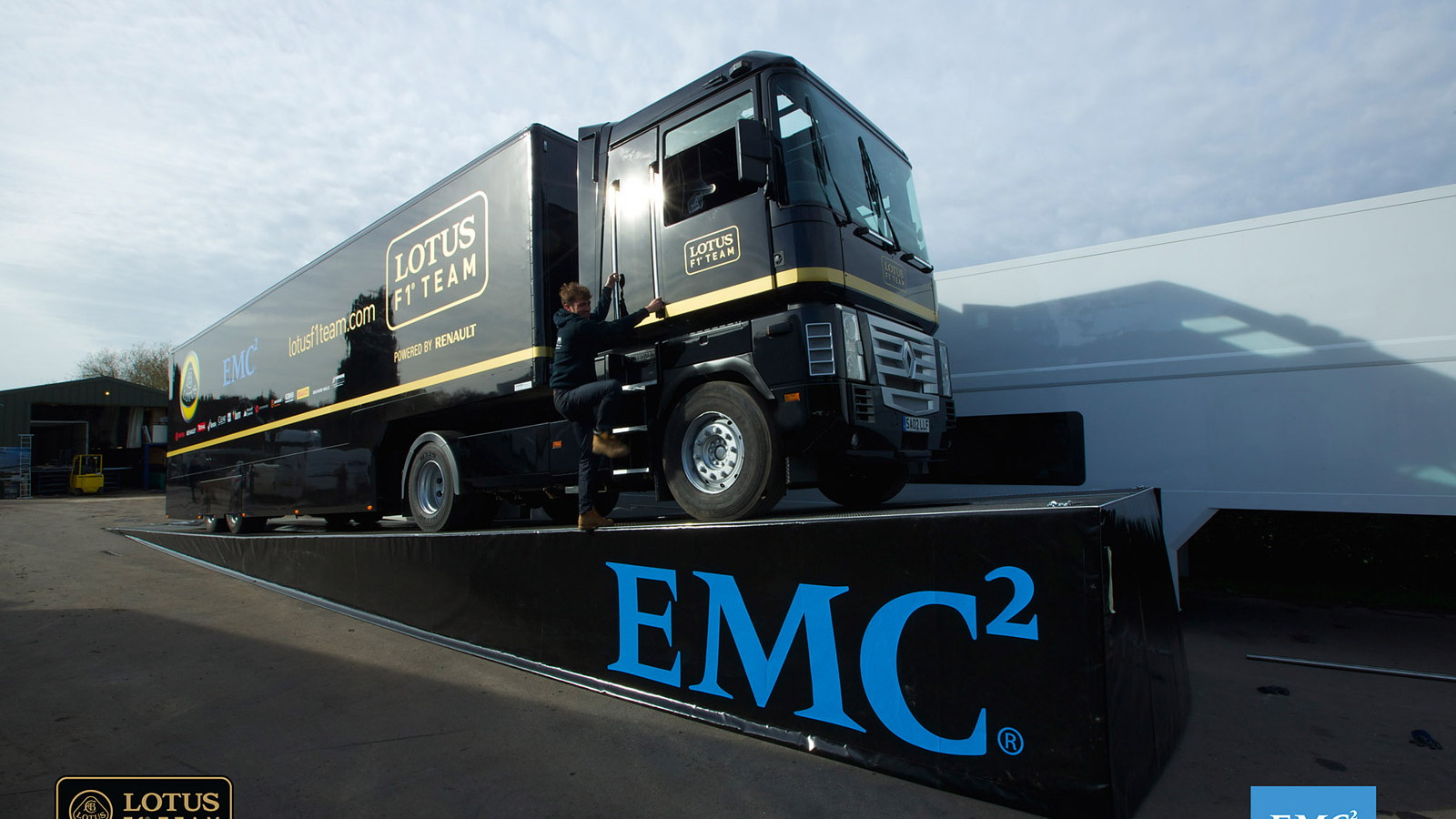 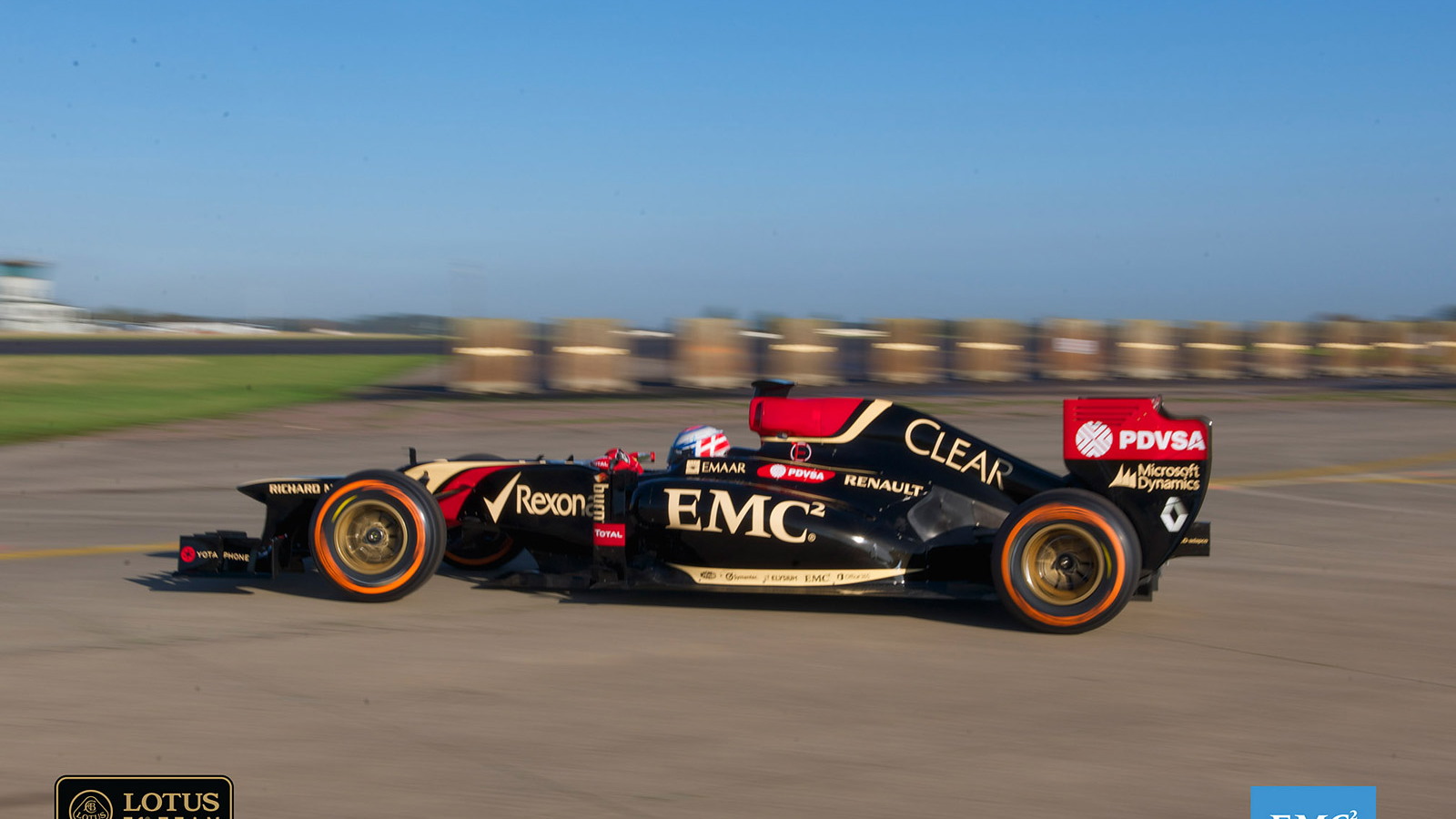 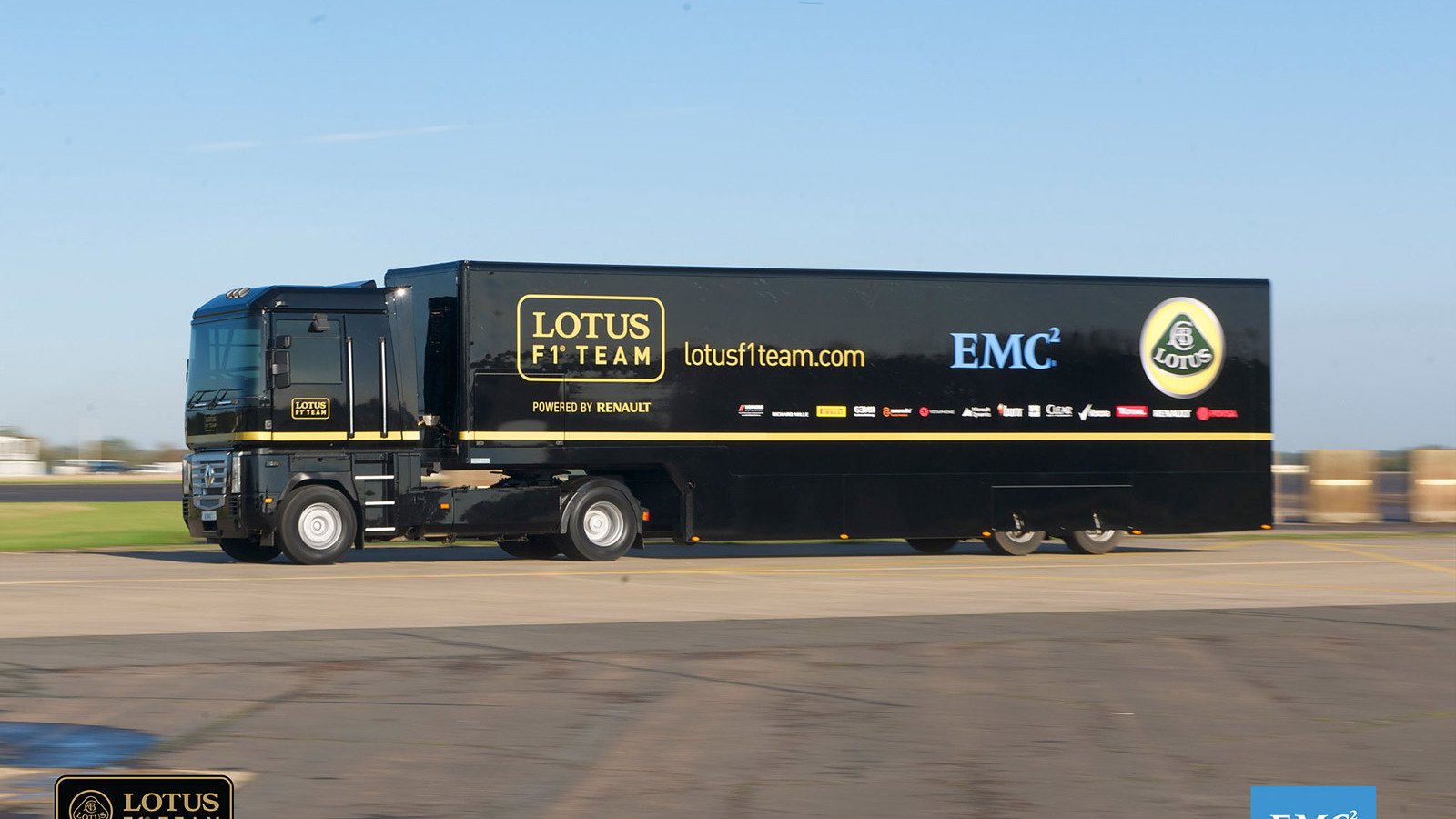 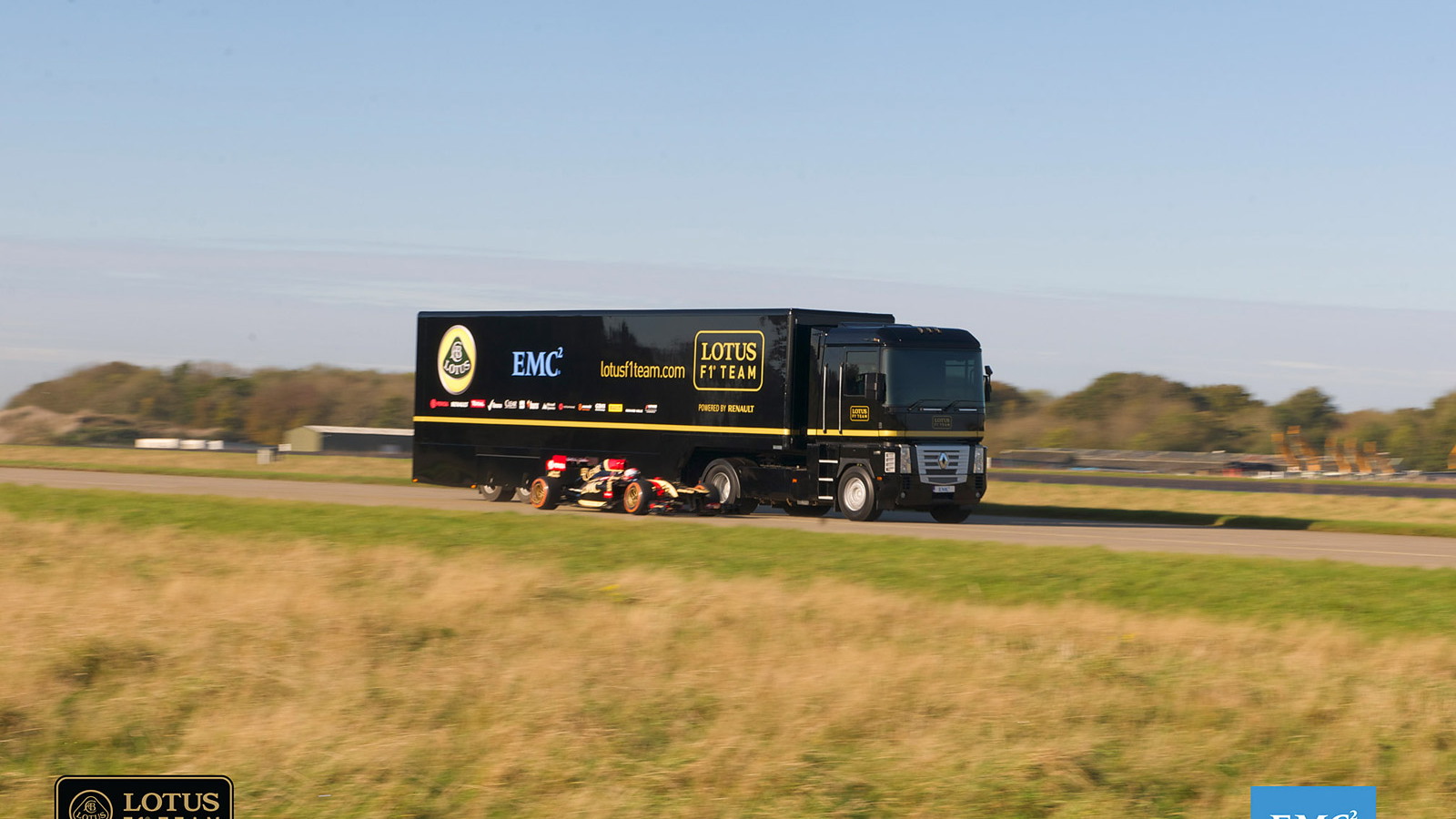 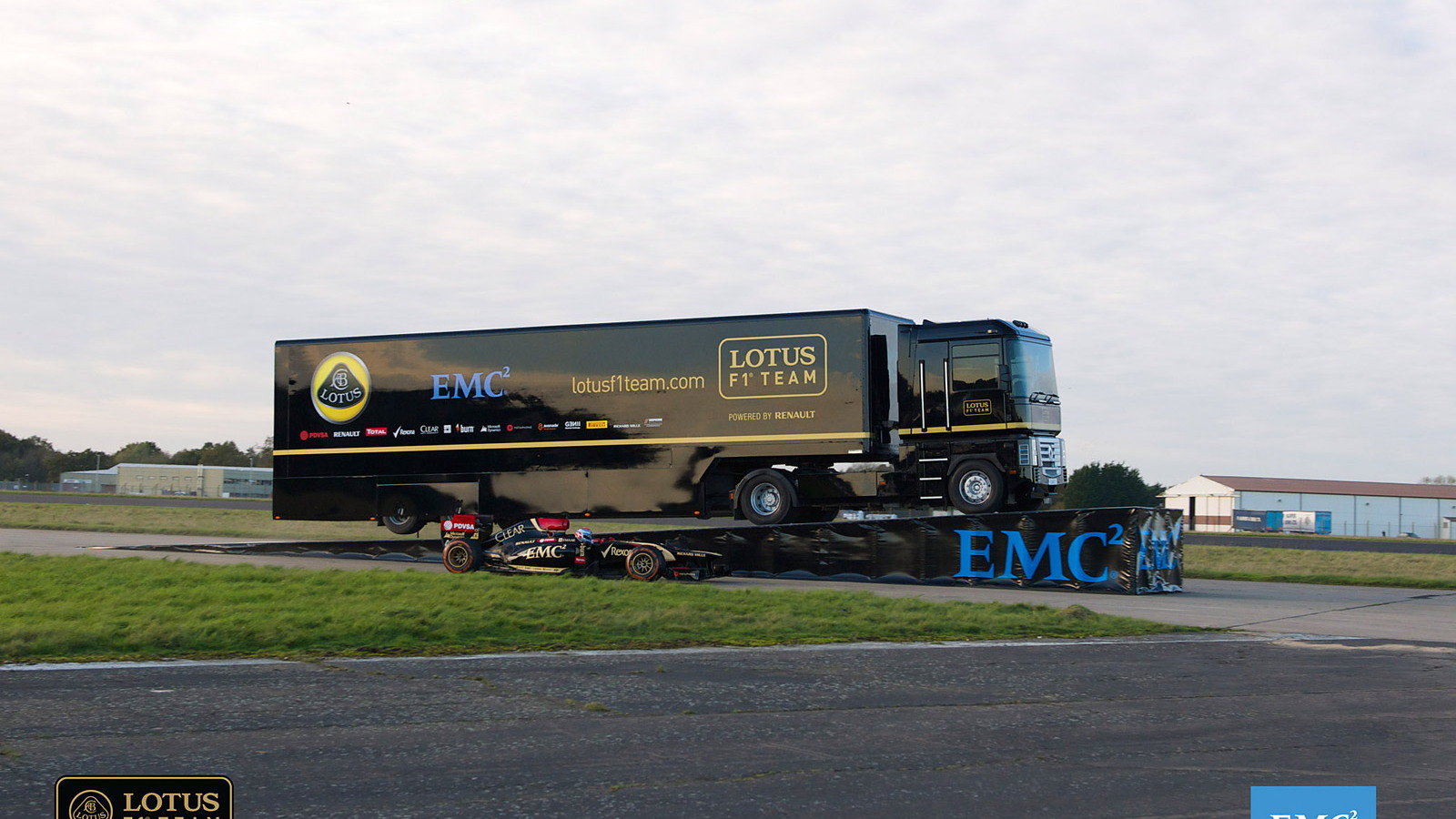 Like a scene from one of the Fast and the Furious movies, a big rig, with its trailer in tow, has managed to successfully jump a Formula One car, setting a new world record in the process.

The stunt was set up by Lotus F1 Team sponsor EMC as part of an advertising campaign dubbed Redefine Motorsports, and the record it set was for the longest ramp jump by a truck and trailer—yes, the people from Guinness were there to make it official.

The new record stands at 83 feet and 7 inches.

The F1 car used was Lotus’ racer from the 2013 season, and the truck was from Renault, which supplies the engines for the Lotus F1 Team. Interestingly, the man behind the wheel of the truck was Mike Ryan, the same stuntman responsible for the famous truck/motorcycle chase scene in Terminator 2.