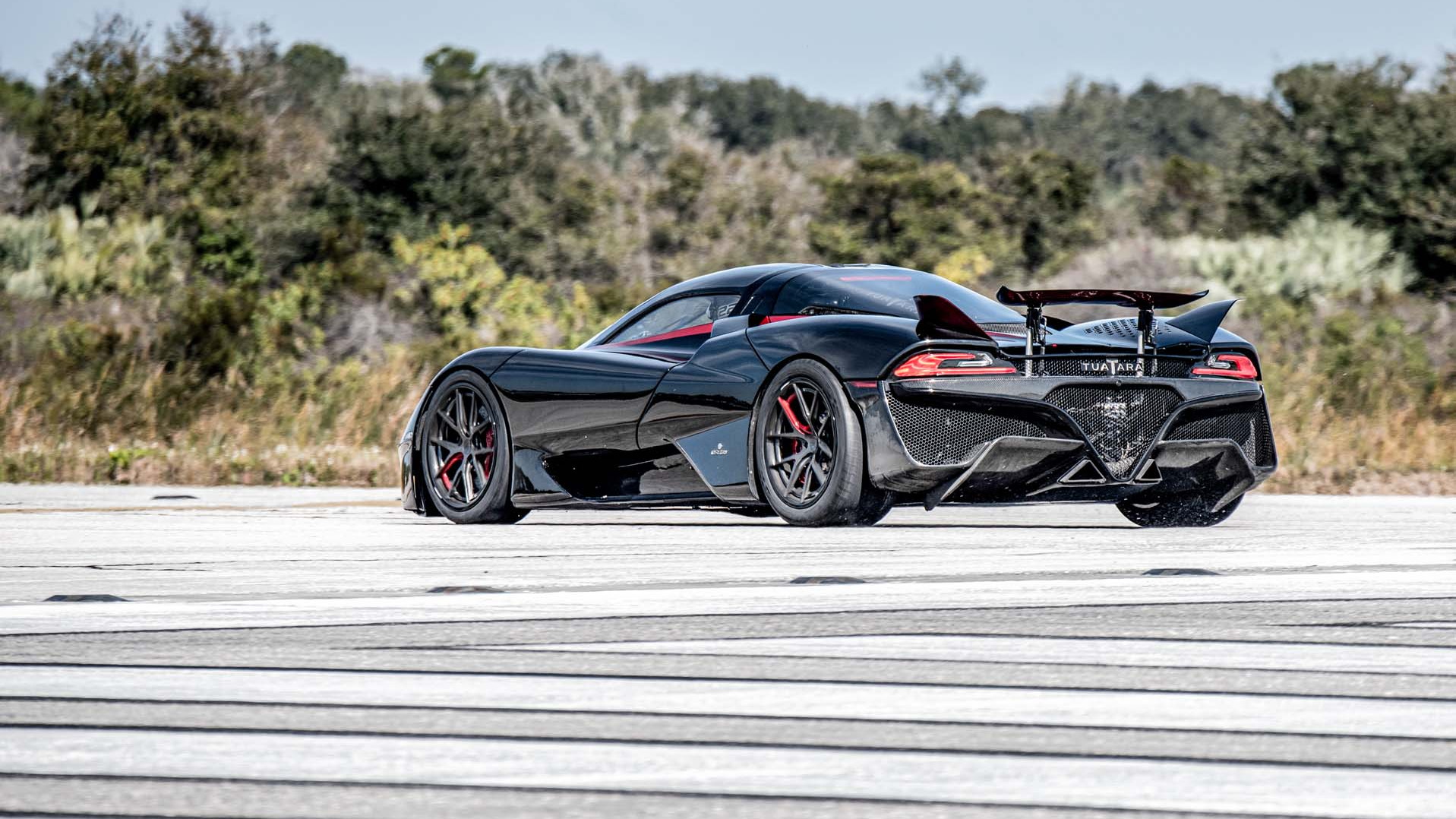 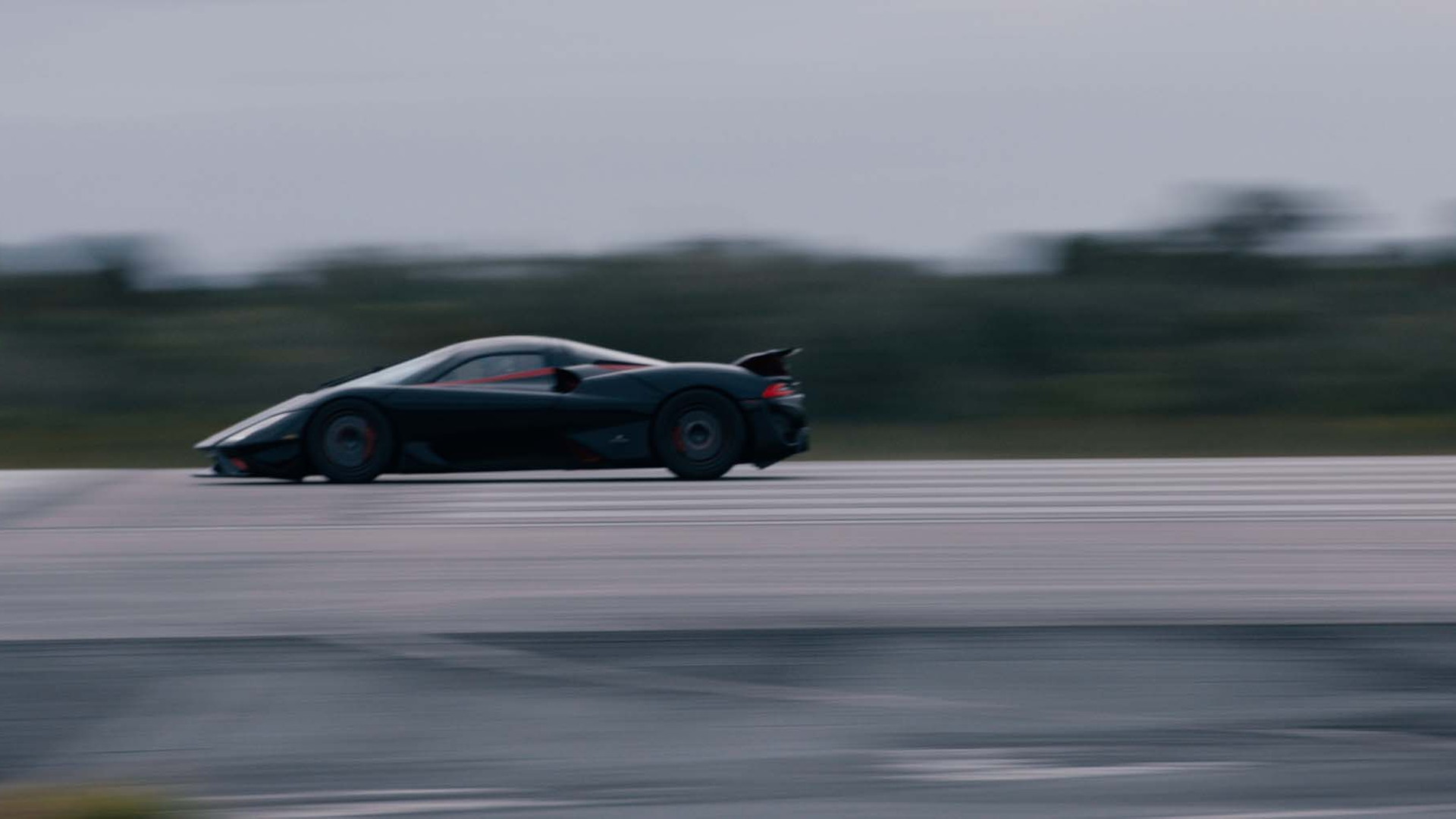 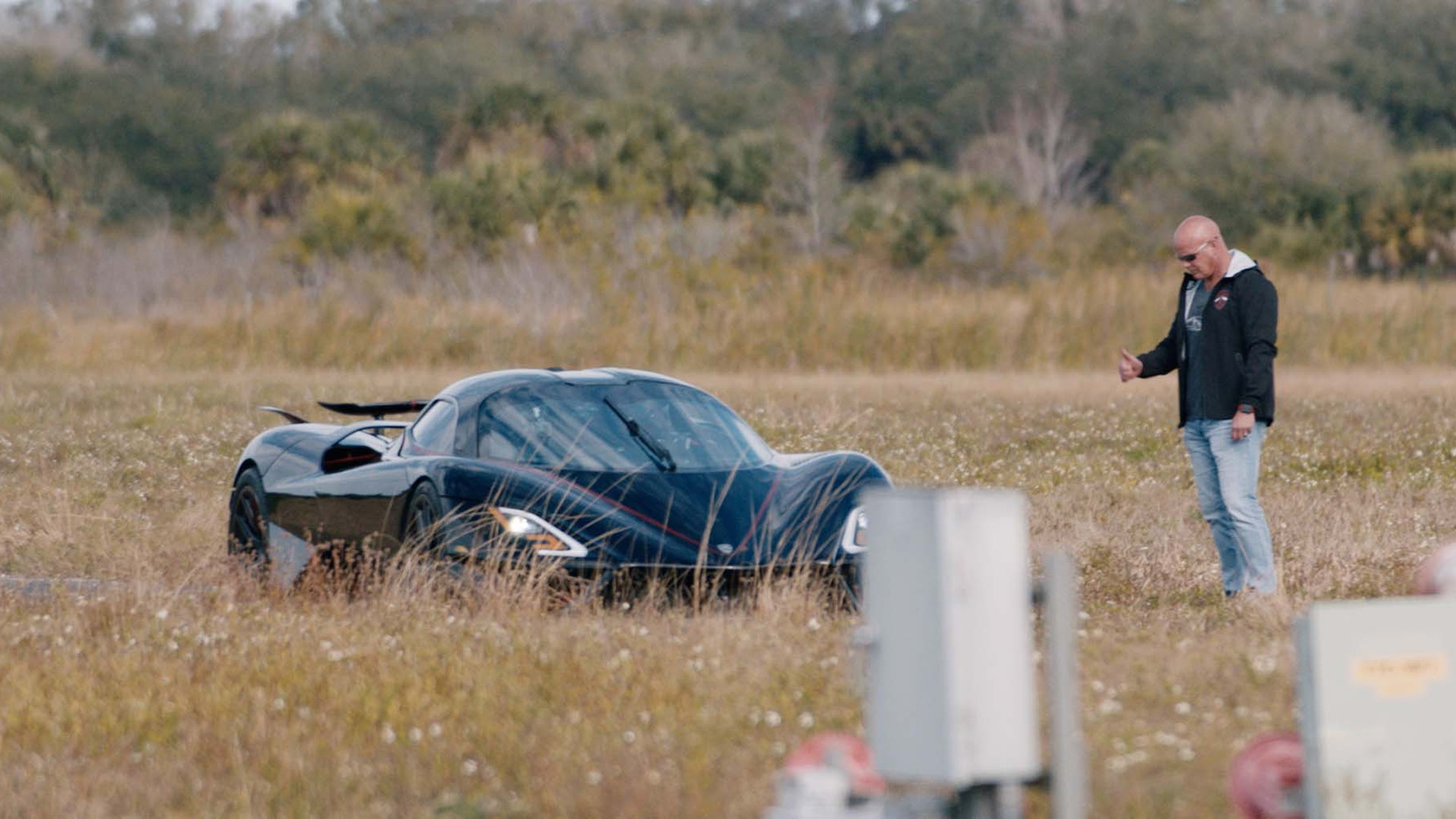 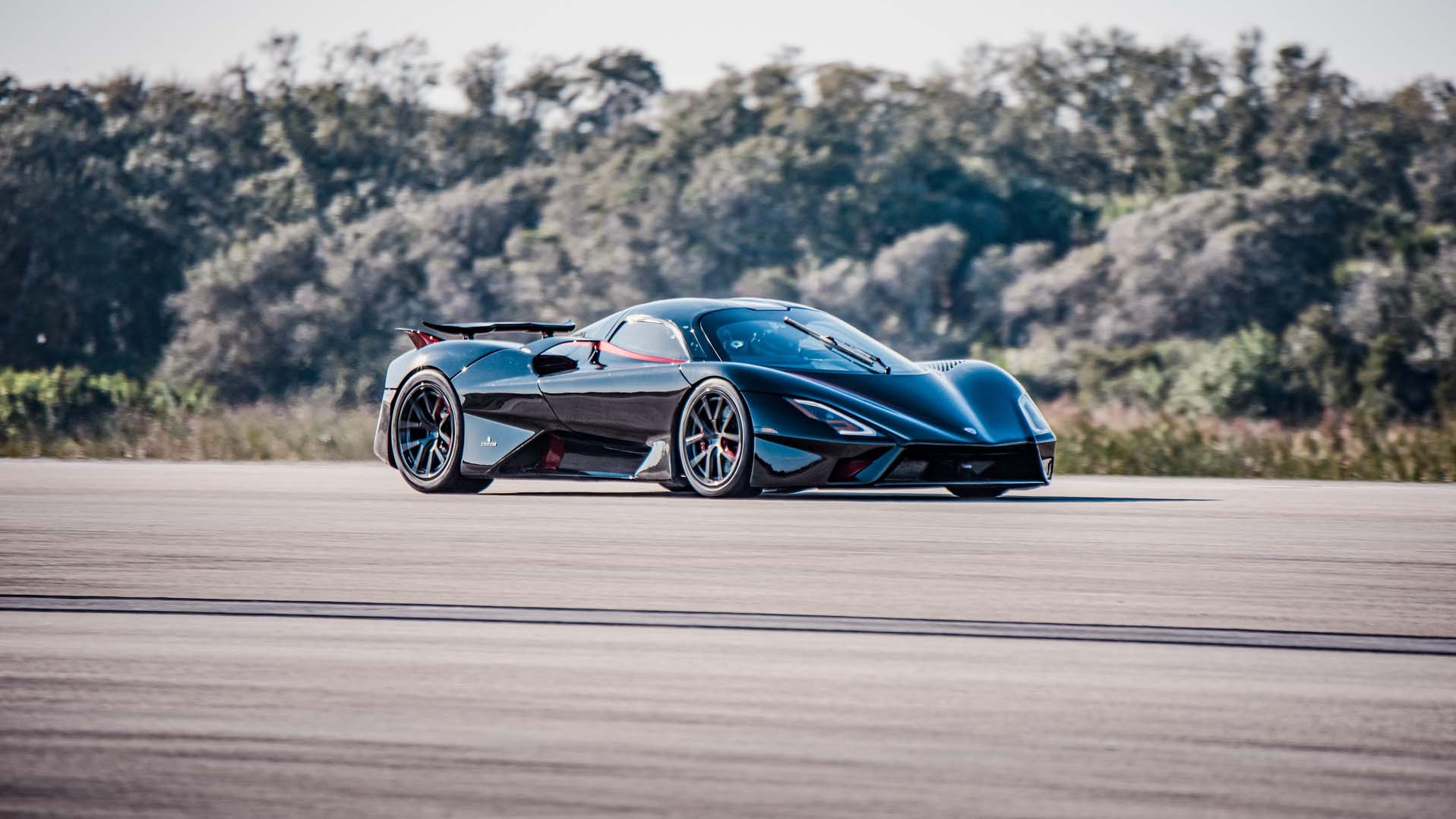 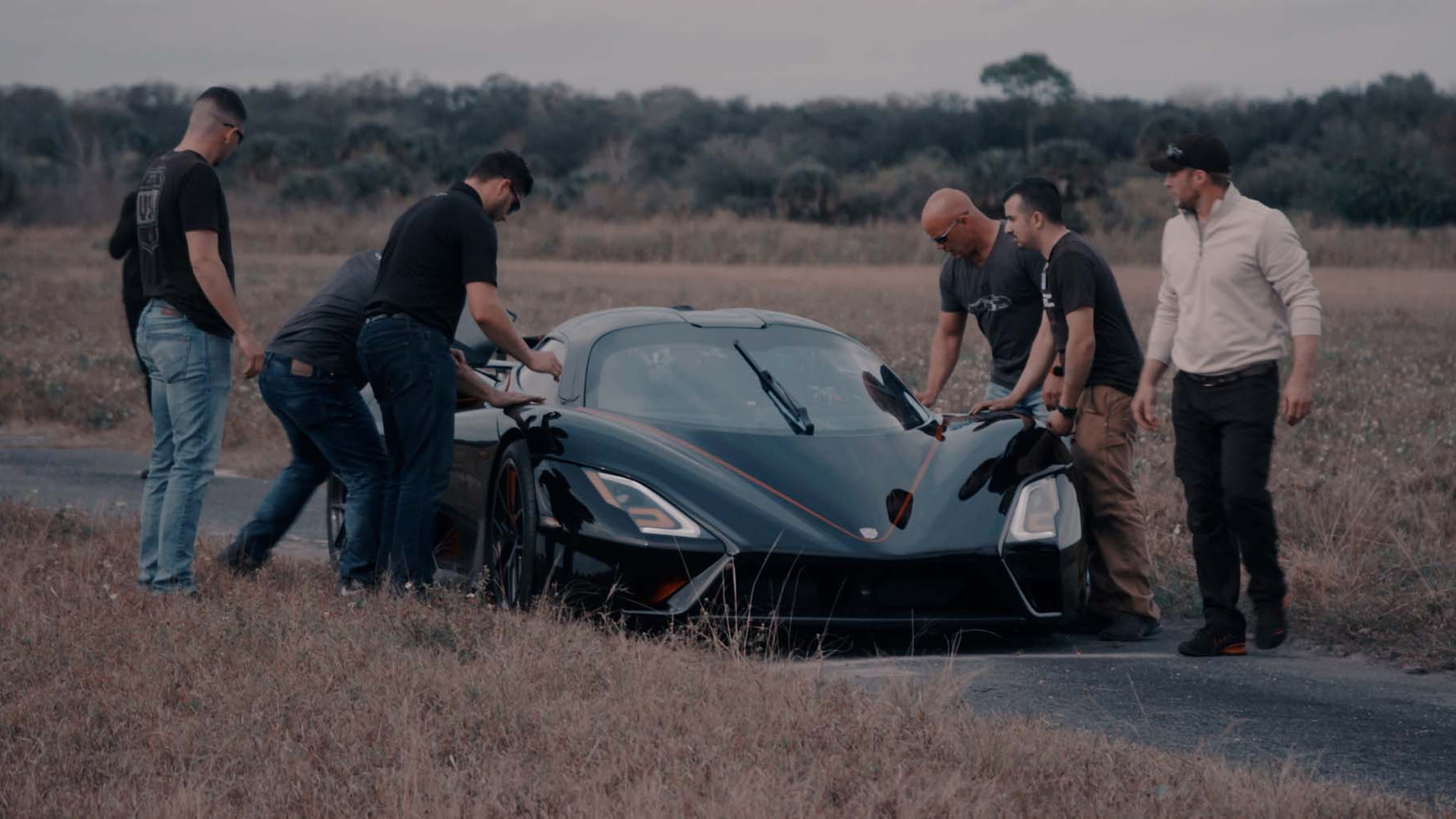 There's a new speed king and its name is Tuatara.

The record was set on Sunday, Jan.17 over the course of 2.3 miles at the Jonny Bohnmer Grounds at Space Florida's LLF, Kennedy Space Center.

Jim Lau, technical director for Racelogic North America, was onsite during the record runs and validated the high-speed runs' data as accurate. Nürburgring taxi driver Robert Mitchell, who was present for the record attempt in December, was also on hand to witness the speed runs.

"Good satellite signal, did all the things they said they did, and the data matches up. It's as legit as it can be," Nakato said.

For the record attempt that fell short in December, the SSC team swapped the final drive ratio to 3.167 from the original 2.92 used for the record attempt in October. This change in final gear ratio shortened the gearing in an attempt to get more speed in a shorter distance given the 2.3 miles the Tuatara had to work with before hitting the mile braking zone. The same drive ratio was also used this time as the venue stayed the same.

Issues encountered during the December record attempt prompted the SSC team to re-engineer the cooling system with larger intercoolers, more water capacity in the water-to-air intercoolers, and increased venting on the dry-sump oil system. Shelby noted that all future Tuatara models will get these changes and they will be retrofitted to all Tuataras already on the road today.

The Tuatara is powered by a Nelson Racing built 5.9-liter twin-turbo V-8 with up to 1,350 hp on 91 octane pump gas and as much as 1,750 hp on E85. A 7-speed automated manual transmission built in Italy by CIMA sends power to the rear wheels.

Caplin and the Tuatara hit the top speed of 286.1 mph in 1.9 miles and hit 244 mph in one mile. It took 2.87 seconds for the Tuatara to accelerate from 274 to 286 mph. "At 275 mph this car is accelerating ten times faster than any other production car in the world," engine builder Tom Nelson said.

Shelby said he's less concerned with what other manufacturers are doing and more concerned with finding out the true capabilities of the Tuatara. Shelby told MA that SSC will make further attempts in the coming months to improve upon the record, and this is considered part of ongoing high-speed testing. The CEO expects the car to top 300 mph with the full 28 pounds of boost in 5th, 6th, and 7th gears in the same 2.3-mile stretch.

"When the dust settles, (the Tuatara) will be the fastest," Shelby said.