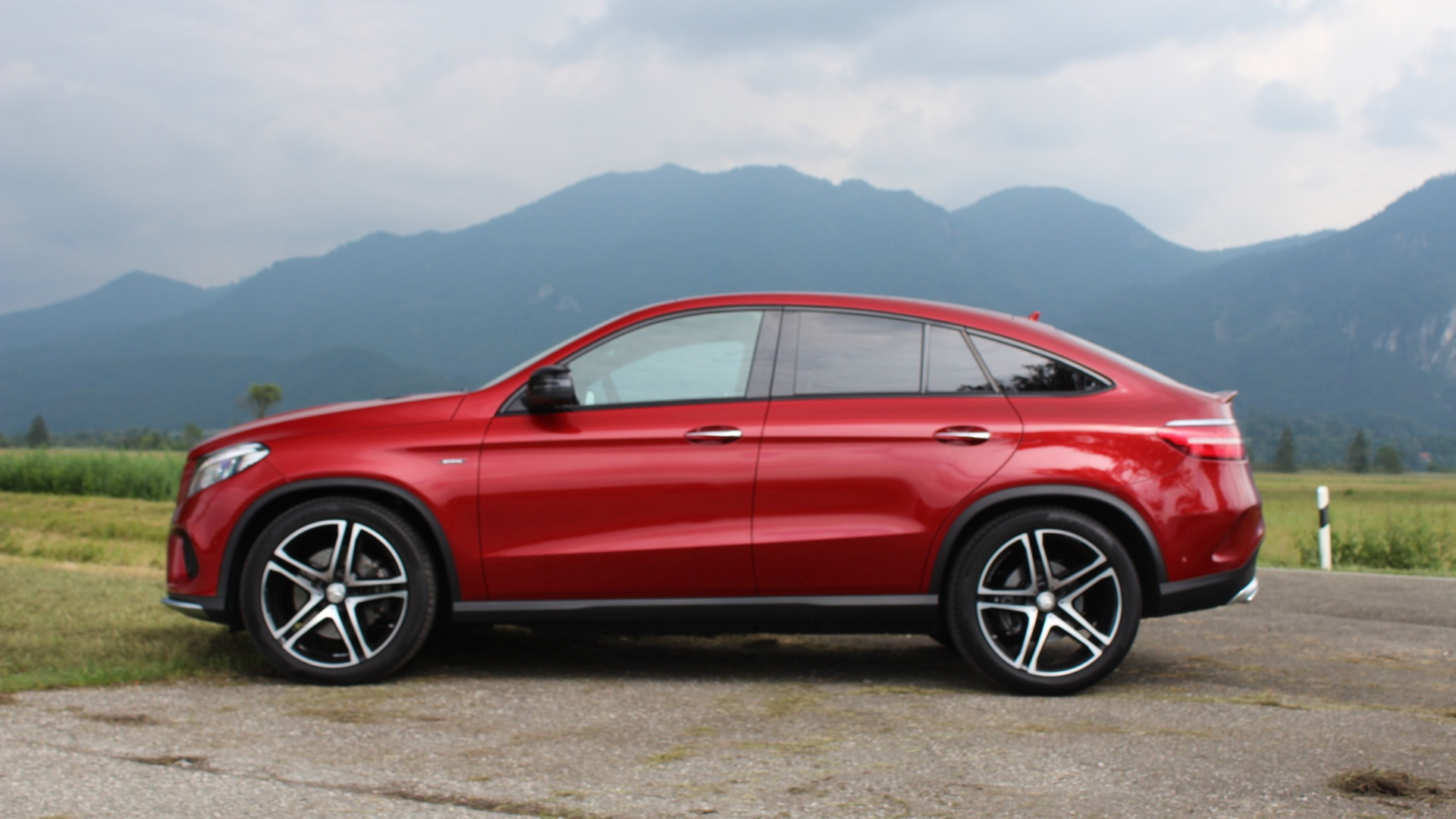 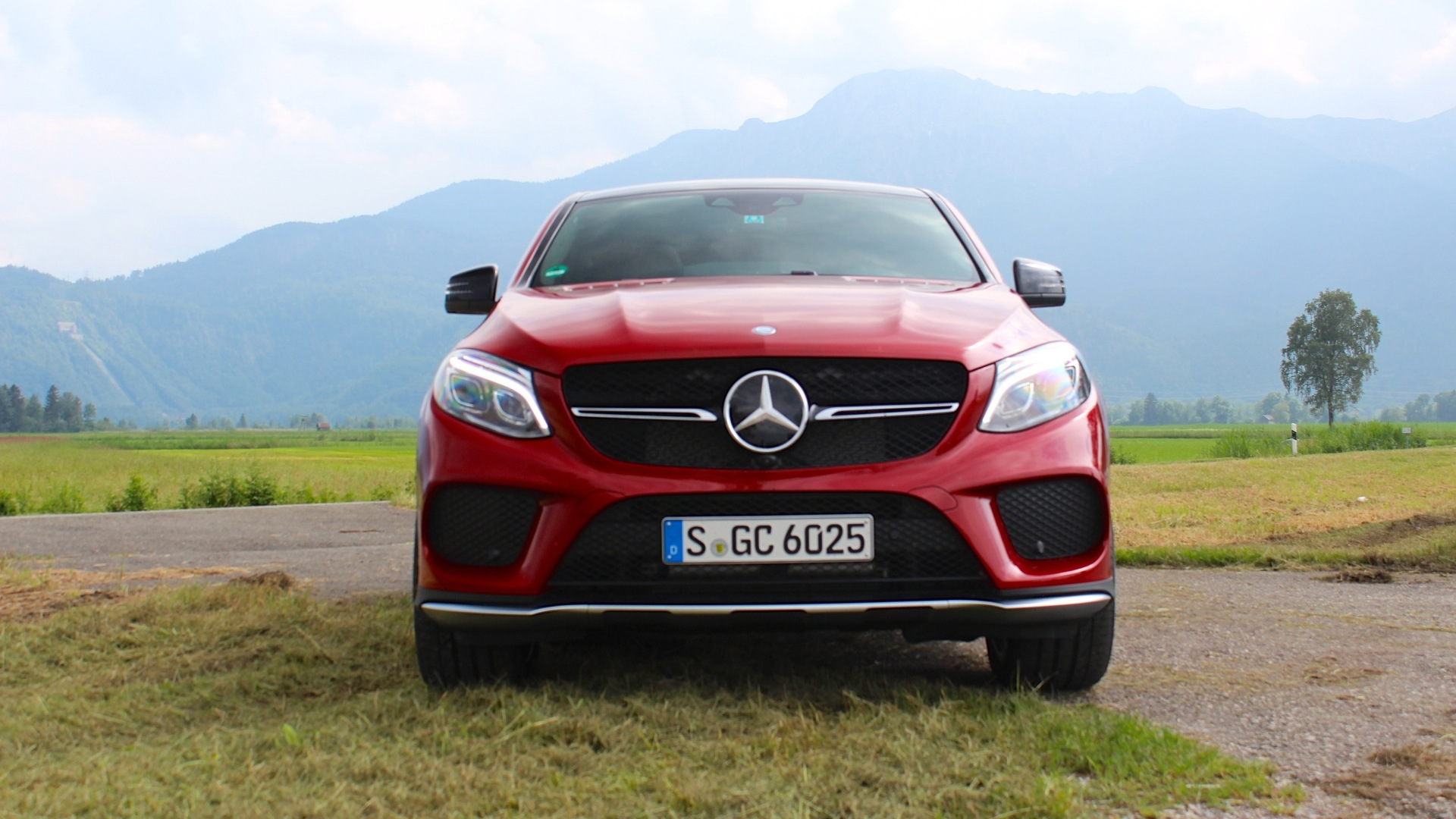 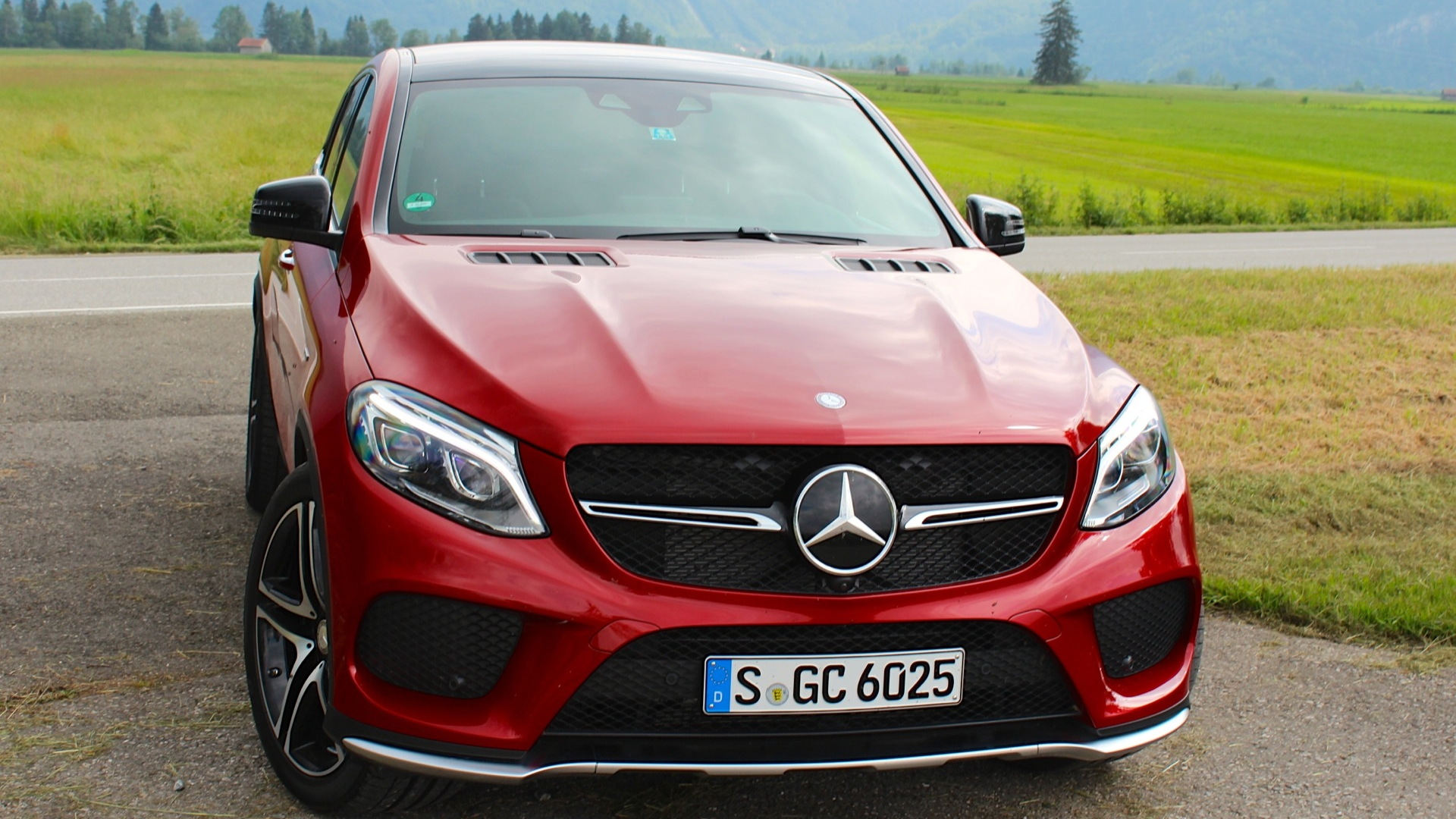 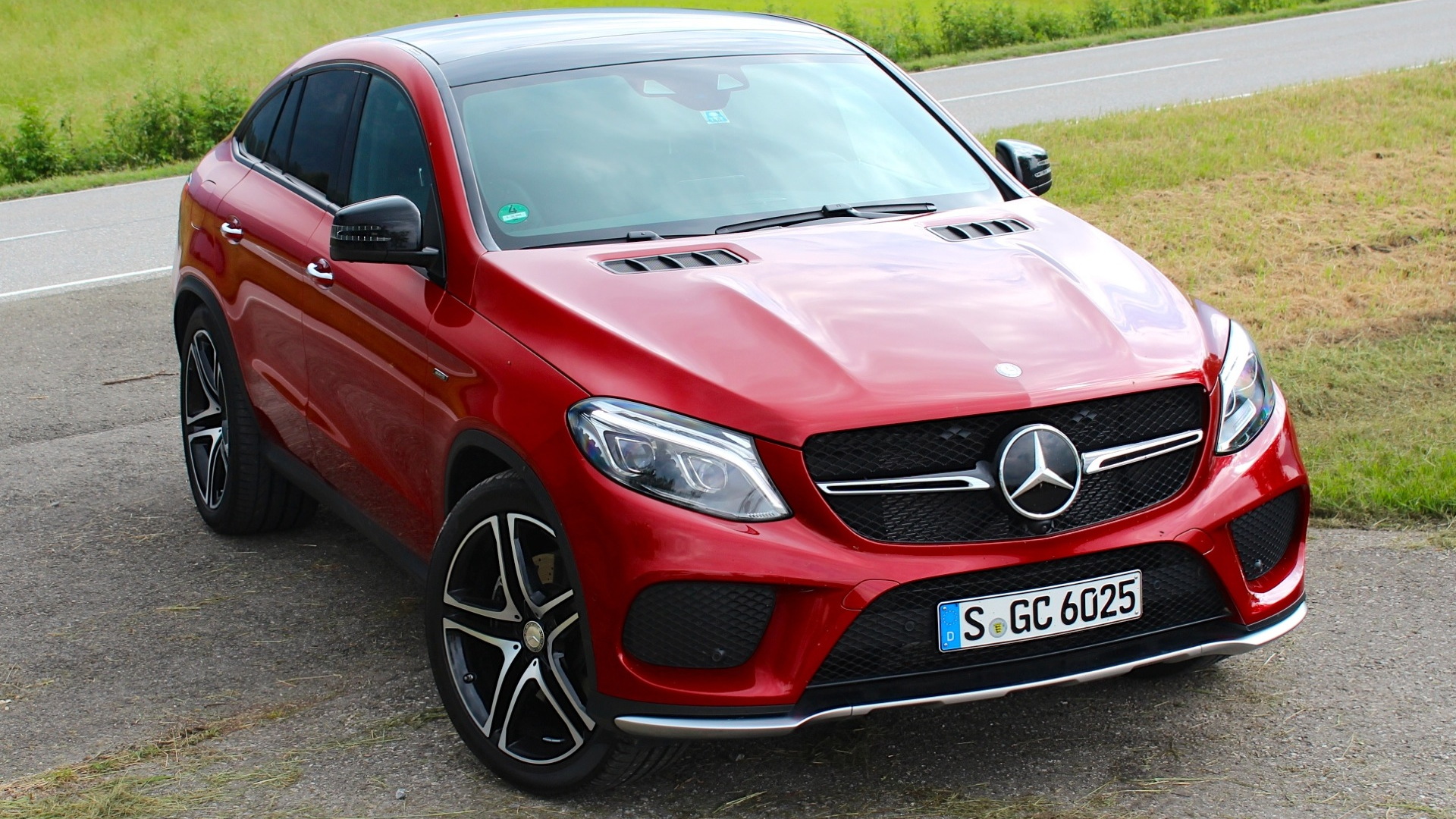 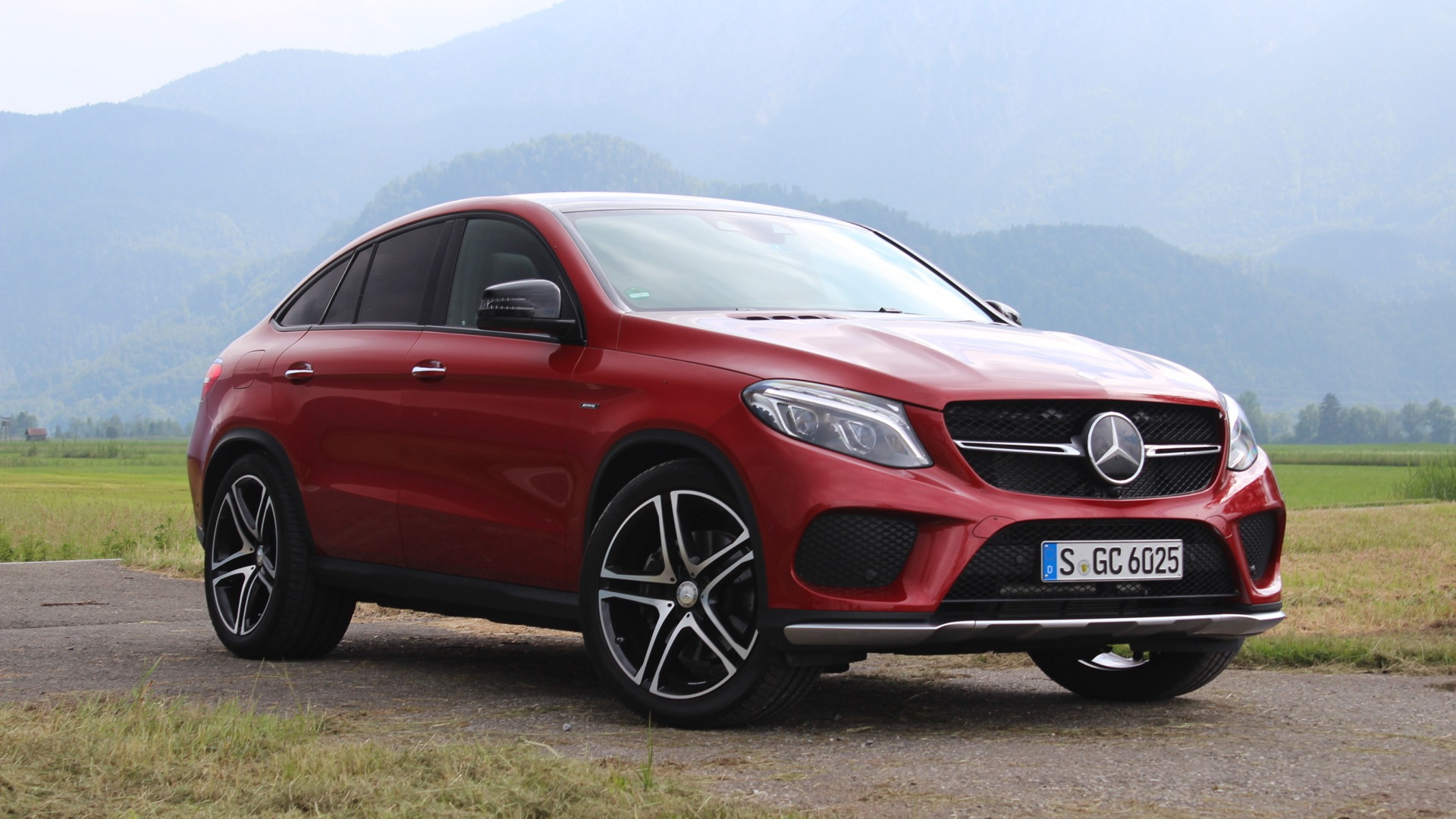 In all likelihood, the 2016 Mercedes-Benz GLE Coupe is one for which lines will be drawn; it's a baffling beast to some, a sexy one to others. Take the 'coupe' badging and tall-fastback form factor in context, and try not to bring too much of your gaze upon this model's cladding and rugged cues...and then just maybe it makes a little more sense.

Let’s face it, the term ‘coupe’ has been diluted to the point of ambiguity. Some purists are surely going to cry foul at luxury automakers’ persistent use of the term to describe a slightly swoopier version of sedans (like the Mercedes-Benz CLS), traditional two-door touring coupes like the E-Class Coupe, or now, here, a more rakish, flamboyantly styled counterpoint to the 2016 Mercedes-Benz GLE (which was until recently called the M-Class, in case you haven’t been keeping up with all of this luxury brand’s nomenclature changes).

The GLE Coupe—including its high-performance Mercedes-AMG GLE63 Coupe variant—seems to live in this blissful muddled state. Just like the BMW X6, next to which it seems a sort of boilerplate tribute, it's far from subtle in its design details; and it definitely comes on strong at first glance. It perplexes by wearing the body cladding of a tough, trail-capable vehicle—and it actually steps up more cladding in the higher-performance models like the GLE 63 AMG we drove part of the time. Elsewhere in the body, there’s an overly chromed look that’s at its best in the fine grille detailing yet at its worst in the garish chrome bar that’s strapped across the back.

It’s all saved by the profile, though—a profile that, as we see it, looks even better than that of the new X6. Huge 22-inch wheels bring an almost concept-car look to the Coupe, and they really help make the profile ‘pop’ from the side.

The Coupe models do seem to wear that clashing cladding with a bit of irony. There’s no Off-Road Package available here as there is for the rest of the GLE lineup; it doesn’t even have a true diff-lock mode, so its 4Matic all-wheel-drive setup is strictly for performance-oriented traction, snowy driveways, and—possibly but unlikely—the occasional muddy path.

Stick to the pavement, and the GLE does everything right. It's the first model in the Mercedes-Benz SUV lineup to combine the use of an air suspension with an adjustable damper system, and on the road, we found the combination to work flawlessly. Individual, Comfort, Slippery, Sport, and Sport+ modes allow different settings for the powertrain response, steering, and suspension.

With its 5.5-liter, twin-turbocharged V-8 making either 550 horsepower and 516 pound-feet in the GLE63 or 577 hp and 561 lb-ft in the GLE63 S, these models offer great drivability yet near-supercar-level performance—with 0-60 times of 4.3 and 4.2 seconds to 60 mph, respectively, and transient response that’s astonishingly quick for a vehicle with a curb weight that exceeds 5,000 pounds.

There’s no way around it: These models feel portly, but no more, truthfully, than the X5 and X6. After spending a few hours with the GLE Coupe models on some narrow roads with choppy surfaces at times, we found ourselves liking the Sport setting better for the steering—it actually felt more settled and comfortable—so we think we’d use that at all times through Individual settings while varying the other settings to suit the conditions.

The sounds you hear from the driver’s seat are quite inspiring, too. In the GLE63, the exhaust crackles with overrun and snorts from special exhaust baffling; you’ll catch yourself pulling the left steering-wheel paddle repeatedly just to hear it on downshifts. The GLE450 isn’t quite the same level of auditory perfection, but as long as you have your mind on driving rapidly, it’s great.

In both of these models, however, engine noise was too everpresent, even during cruising. While we can see the kind of enthusiasts that will be drawn to the GLE63 being delighted by its tenor, it’s not as much of a great thing in the GLE450, where the V-6 takes on a raspy, coarse note while cruising on long grades or at higher speed.

Back-seat space in the GLE Coupe is a mixed bag; in legroom and ease of entry it’s excellent, yet it leaves the X6 looking generous in useful headroom. Put anyone much more than six feet tall in the back seat, and their head will almost certainly hit the back of the carved-out headliner space (just fore of the hatch opening) before it hits the seat’s headrest.

Take a look at how nicely the seats fold down, and how long, wide, and perfectly flat the cargo floor itself is, and the GLE Coupe’s reason for being is abundantly clear: Unless you plan to stack cargo at the far back of the vehicle—which would impair visibility anyway—you’re really not giving up much functionality.

Those back seats are, after all, expected to be empty most of the time, as GLE Coupes are expected to be snapped up by affluent empty-nester couples. As such, the upgraded seats that are included in the GLE450 AMG offer improved bolstering to help hold you in place in corners—and they were great for our backs and seating position on the test drive. The GLE63, meanwhile, gets even more aggressively bolstered sport seats, that may even be a bit too snug for some (although in either case, they beat the rather flat seats in the base (non-Coupe) GLE models.

Although the GLE’s interior carries mostly over from the M-Class, it inherits the freestanding (and larger, at eight-inch) infotainment screen that other models in the lineup have gained the past couple of years. Only in the GLE it feels a bit cobbled, as it doesn’t include the circular, better-detailed vents and upgraded climate controls that have otherwise been included in recent new and redesigned models like the GLA (and now GLC).

When you consider who will almost certainly buy the GLE Coupe—those empty nesters, maybe of the age that used to buy a big touring coupe like the CL—and why, this model makes enough sense for us to believe that this model will add sales to the GLE lineup without cannibalizing sales from other segments.

After misfires like the Acura ZDX and, to some degree the original X6 (and looking downmarket, the Honda Crosstour), this niche isn’t exactly a sure thing. The 2016 GLE Coupe reads as a bit duplicitous at times; yet it’s a model that, among GLE variants, probably will have its buyers the most charmed and passionate.

As the kids move out and you reach out for something a little more indulgent, it’s okay to consider a coupe. Or perhaps an SUV with a ‘Coupe’ badge is just enough.