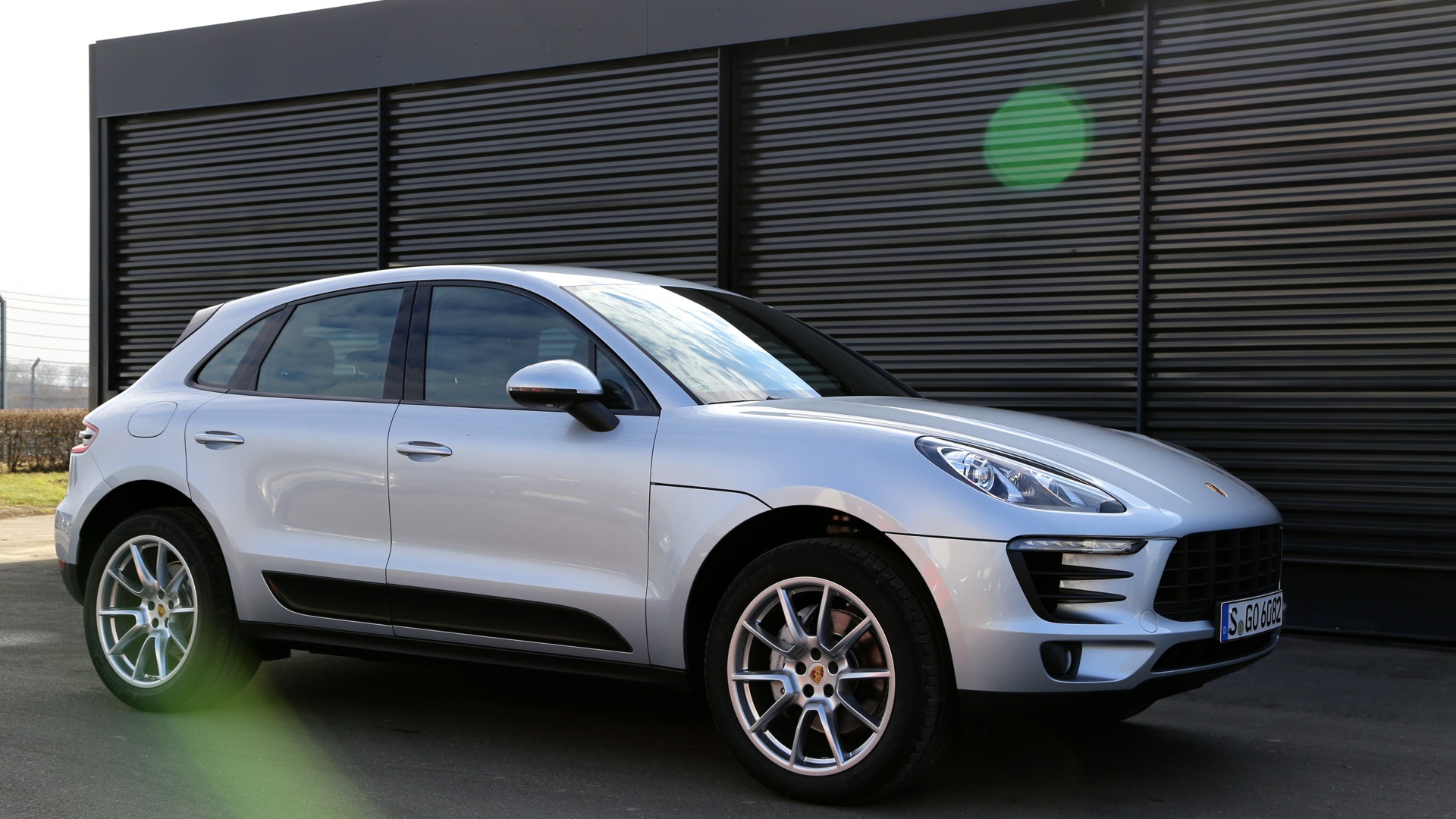 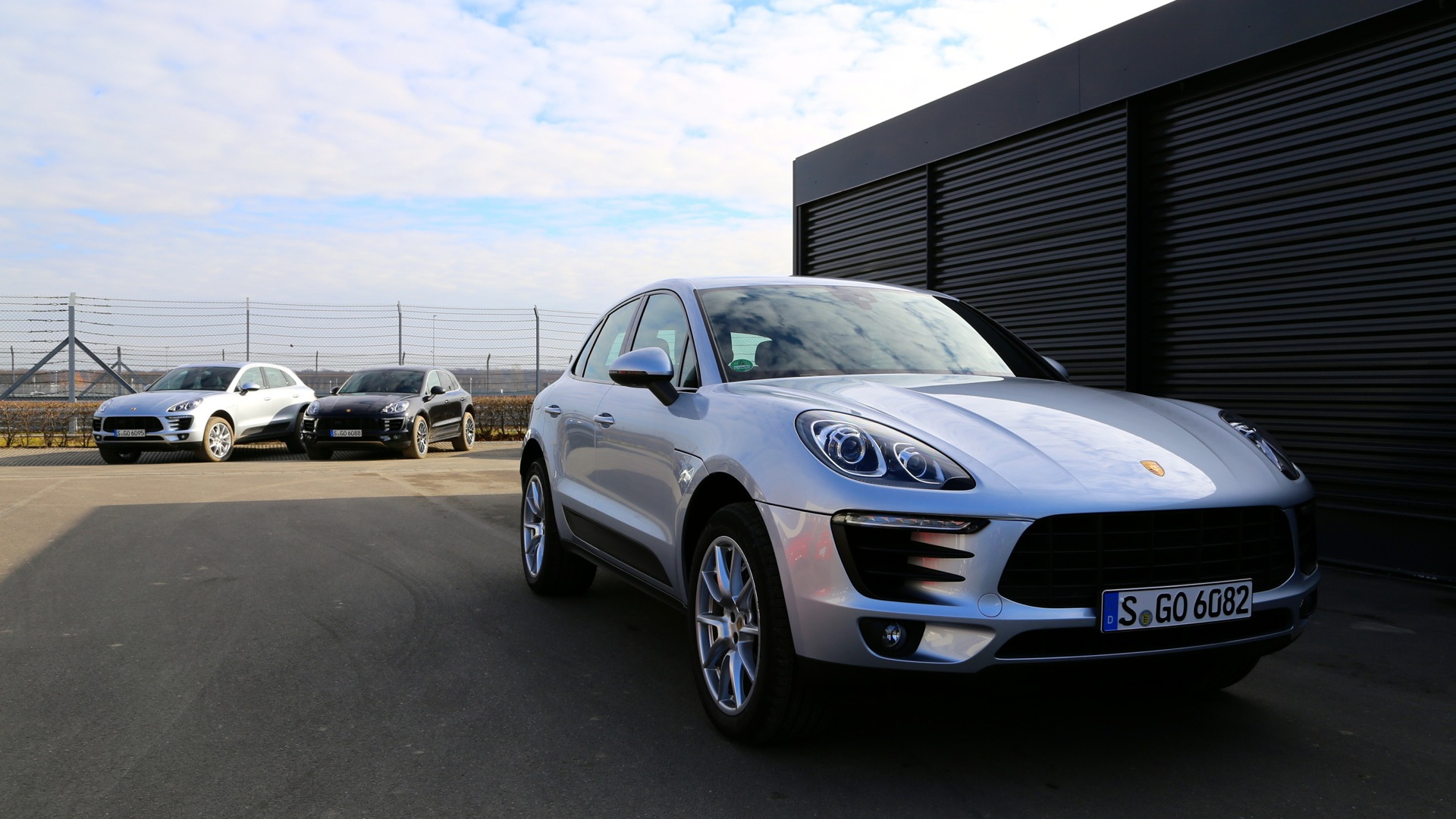 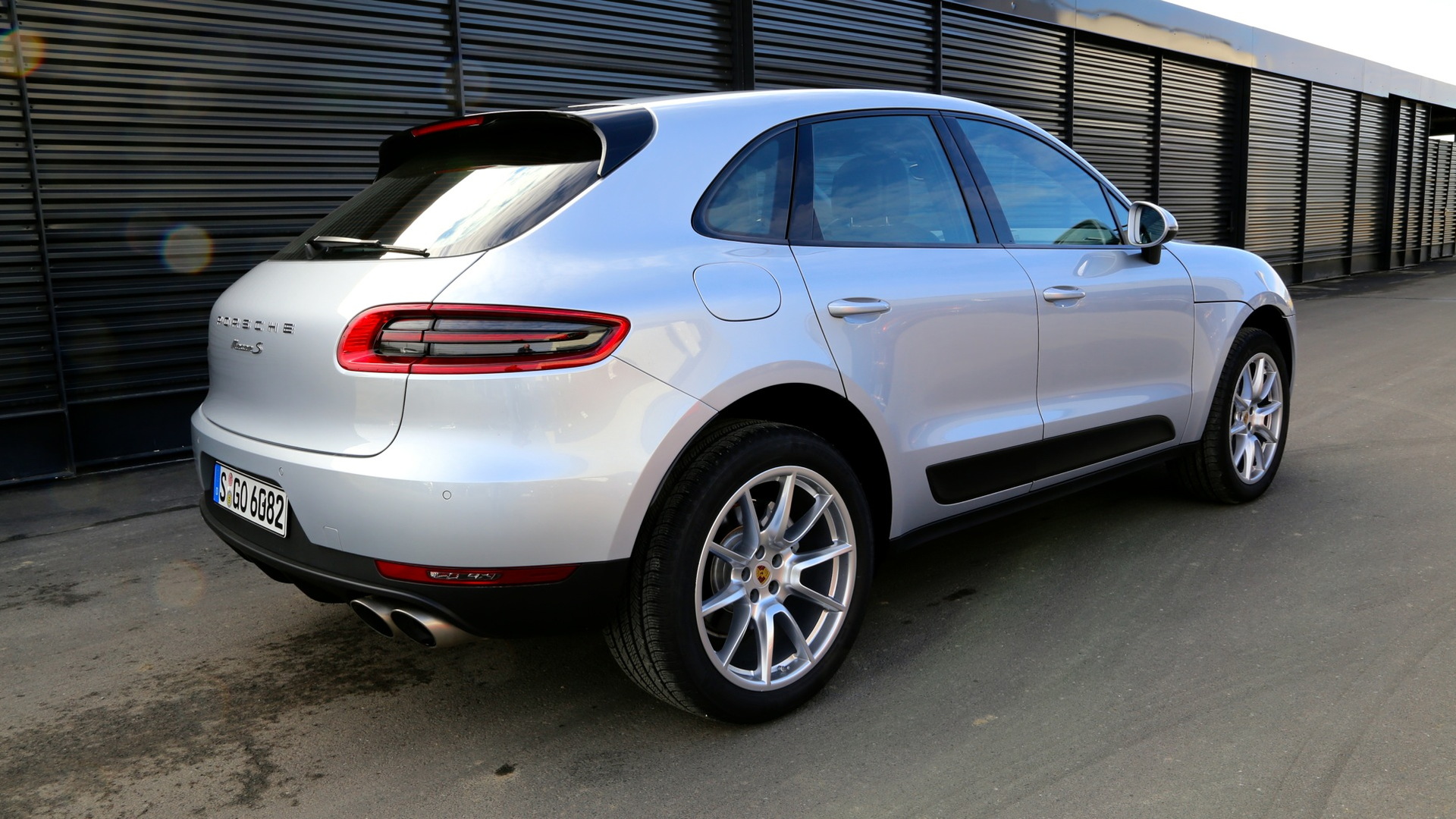 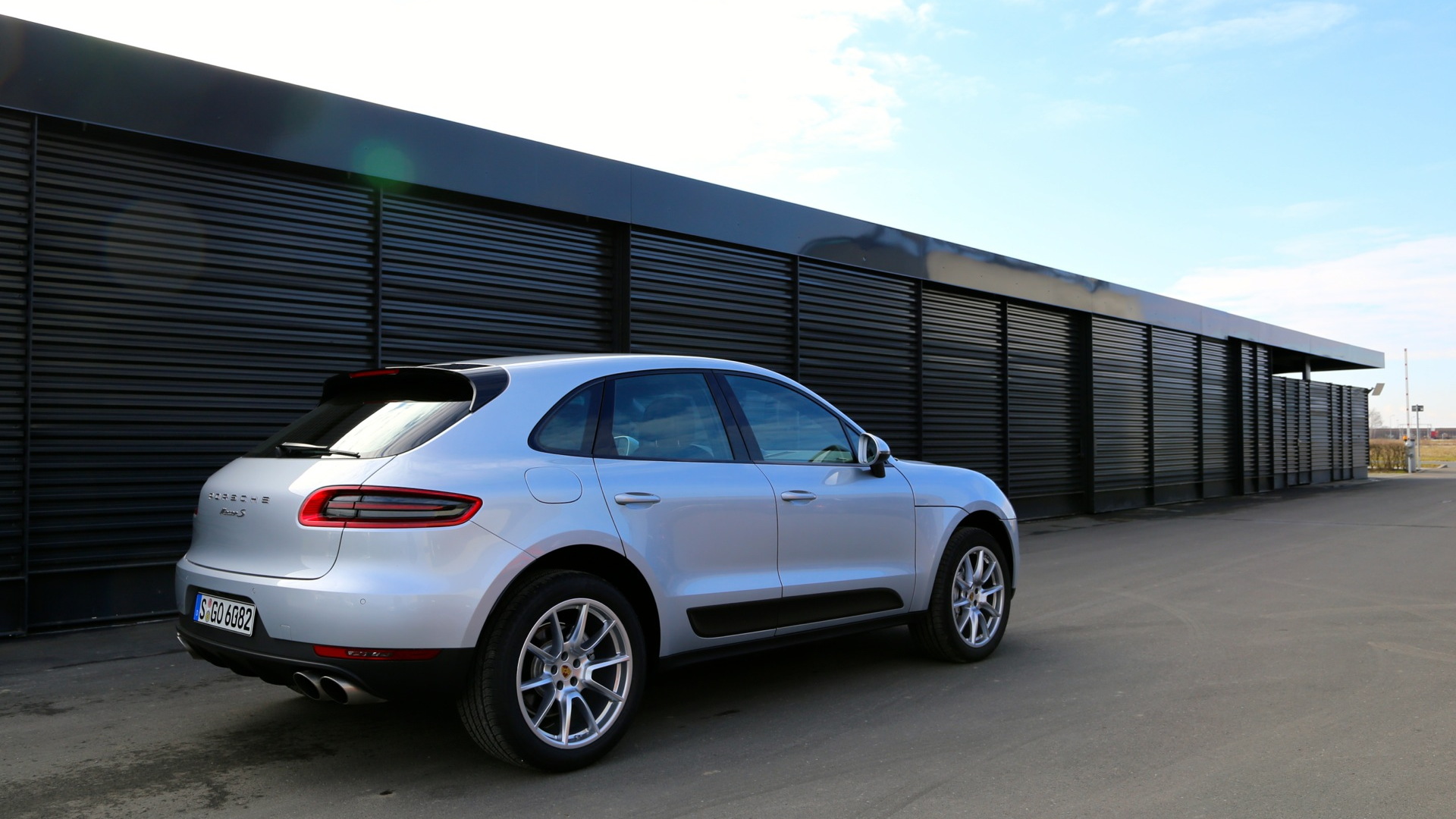 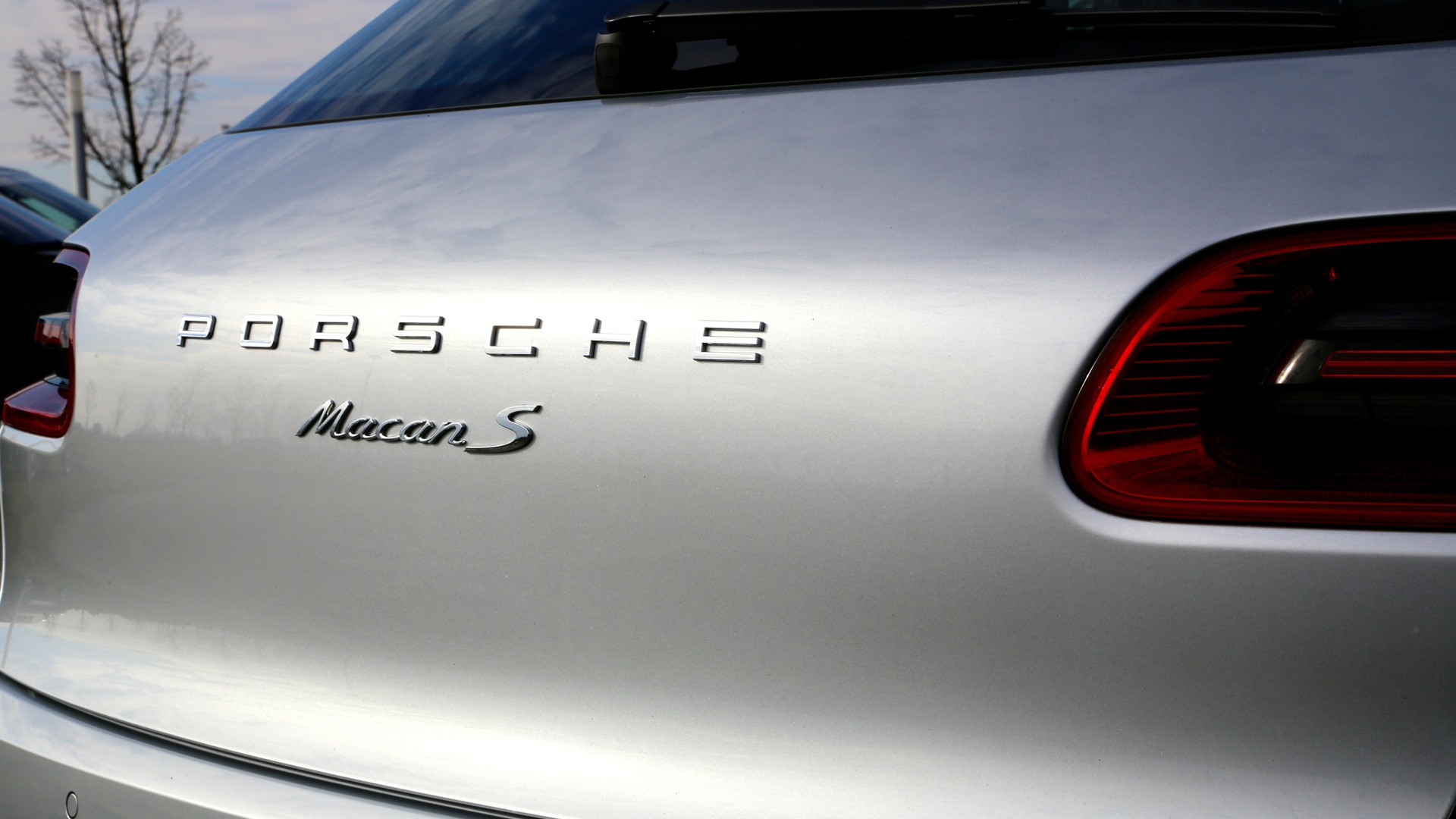 So, you think Porsche only makes sports cars? What, did you stop reading in 2003? That's when Porsche came out with its first SUV, the Cayenne. And without the Cayenne, we might not have today's 911s and Caymans and Boxsters. At all.

Porsche's sold so many Cayennes, it's building a follow-up act, a compact crossover SUV along the lines of the Audi Q5 and the new Mercedes GLC. It's pretty fast and fearsome in its own right--which is why we took aim at the north Georgia mountains for a day-long joy ride in the 400-horsepower Porsche Macan Turbo.

The Macan is a cousin of the Audi Q5, but there's enough Porsche in the body and the hardware to make you forget that other German crossover. For starters, there's the body: it's a tall-roof, short-wheelbase reworking of the Cayenne's look, with big front-end air intakes and a quickly sloping roof. At the rear, it's maybe at its most Porsche-like, with hulking rear quarters and slim LED taillamps and a wrap-around tailgate. Look at those exhaust tips: if they're round, you're following a lower-power Macan S. If they're squared-off, look out--it's a Turbo.

Of course, both the Macans on sale in the U.S. today are turbos. The Macan S sports a forced-induction 3.0-liter V-6 with 340 horsepower, good for 0-60 mph times of 5.2 seconds, and a top speed of 156 mph. It's a compelling piece of hardware--until you jump up to the full Turbo spec.

The Macan Turbo boosts everything--displacement, power, acceleration, and top speed. It generates 400 thrilling horsepower from 3.6 liters of displacement, rockets to 60 mph in about 4.5 seconds, and lurches to a 164-mph top speed.

Both Macans get rear-biased all-wheel drive, a dual-clutch transmission, electric power steering, and stop/start for efficiency. That's a little German joke, we think, because there's no way gas mileage is on our agenda, once we drop the hammer on the Macan's throttle.

If you could call any SUV unflappable, it's the Macan Turbo. Slap the gas and paddle down the transmission, and it flows like mercury. Put in just a little throttle, and the Macan chews up Amtrak-length chunks of pavement, blowing by slower traffic like an SUV possessed.

Attack a favorite country road, and the Macan's smart all-wheel drive and precise steering absolutely nail the Porsche road feel. The Macan's traction-management system keeps torque moving to the rear wheels at all times, and sends it to the front as needed--or side to side across the rear wheels, if it's fitted with torque-vectoring and an electronically controlled locking differential across the rear axle.

Even here in the North Georgia mountains, the Macan Turbo's suspension setup keeps it as flat as Kansas. Base cars get a five-link independent setup; three-mode air dampers are standard on the Turbo, and an air suspension is an option. We've driven both setups on the track and think the air dampers alone are best, but with the air springs, the Macan Turbo can flip from bump-soaking highway cruiser to ruthless back-road carver with a flick of a button.

Just click it between Comfort, Sport, and Sport+ modes, and it raises and lowers the ride height for better stick--or even for better ground clearance. If you're off-roading in this thing--or maybe getting hit by lightning, or eaten by a killer whale, or something just as likely--you can have up to 9 inches of ground clearance. Take that, Subaru!

On the practical side, the Macan Turbo's a little bigger than an Audi Q5, with a little more rear-seat room and more luxury touches like standard leather trim and power front seats that adjust 18 ways. The back seat's adult-ready, and can fold down so you can carry home 53 cubic feet worth of stuff.

Brace yourself when you step in, though: Porsche loves buttons, and the Macan's dash and console are dripping in knobs, switches, and rockers on top of a touchscreen interface. It'll take you a while to figure out all the controls--like the ignition to the left of the steering wheel--but once you do, Porsche says, it's easier to work them on the go.

It all starts with the basic $50,000 Macan, but by the time you've taken a spin through the order sheet...well, brace yourself again. With all the power features, safety tech like blind-spot monitors, a 1000-watt Burmester sound system, and custom trim like Alcantara seats and a carbon-fiber dash, you're looking at more than $100,000.

The only thing you can't order with the Macan Turbo: a button to figure out when your speeding luck is about to run out.