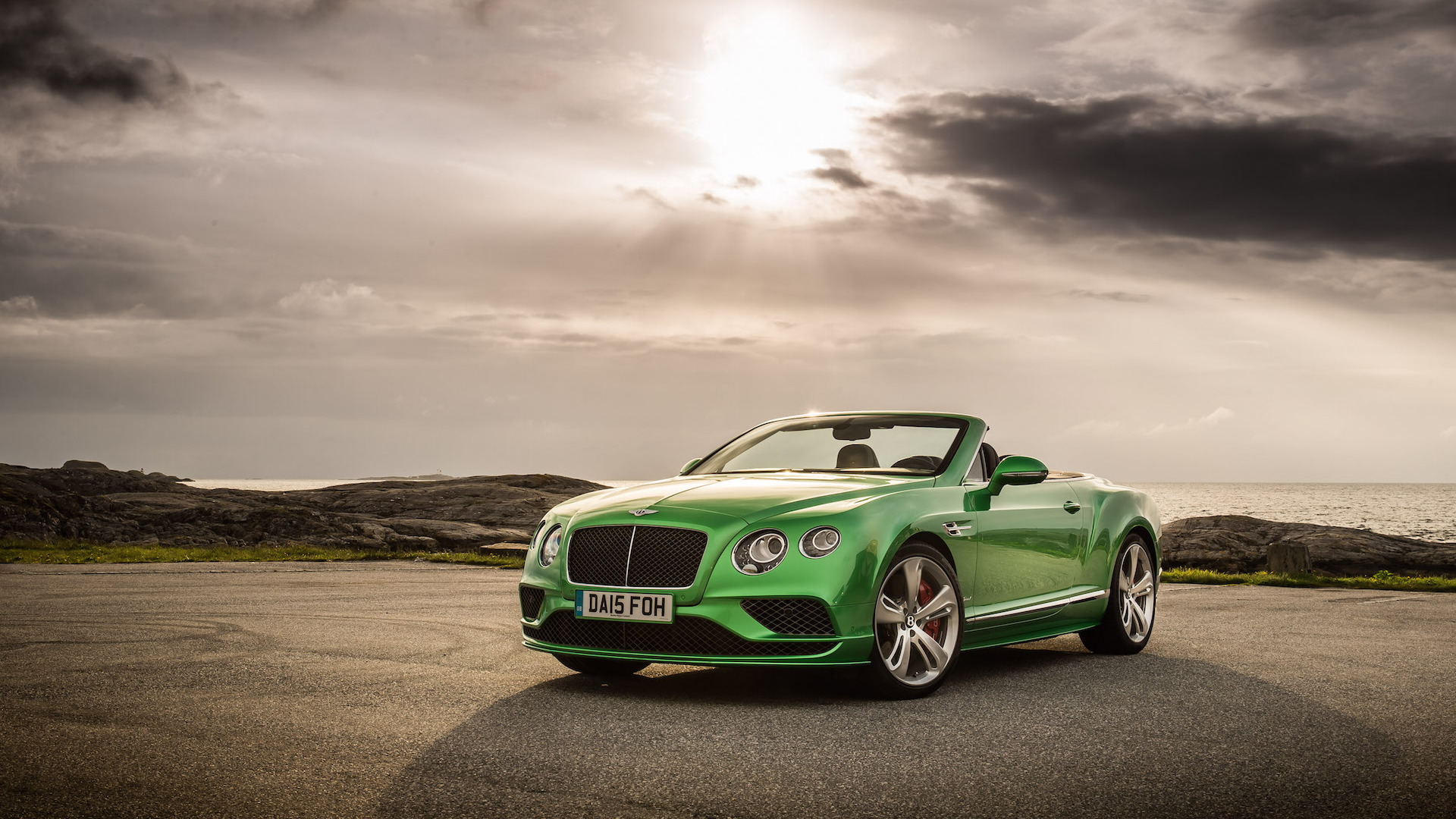 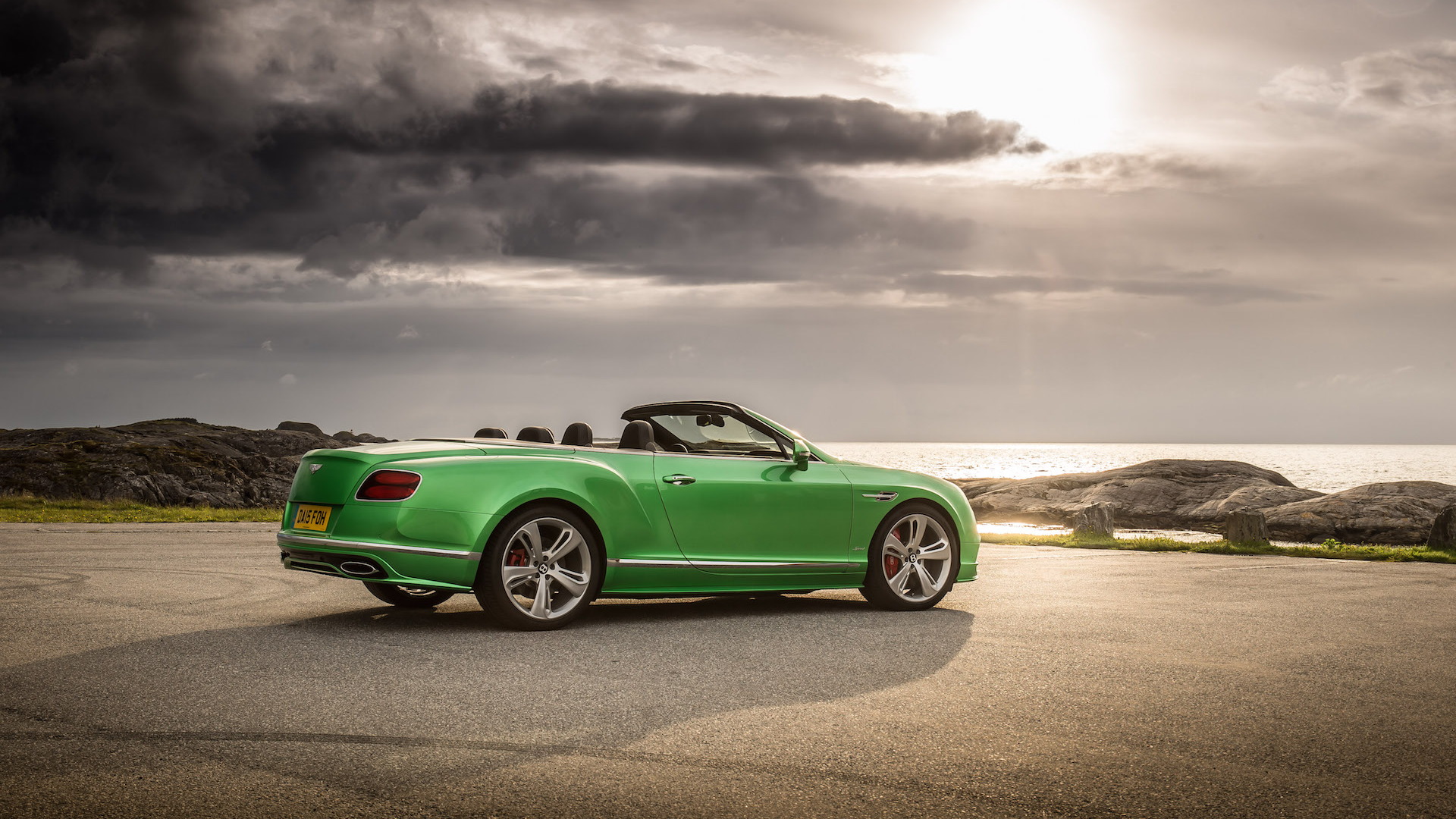 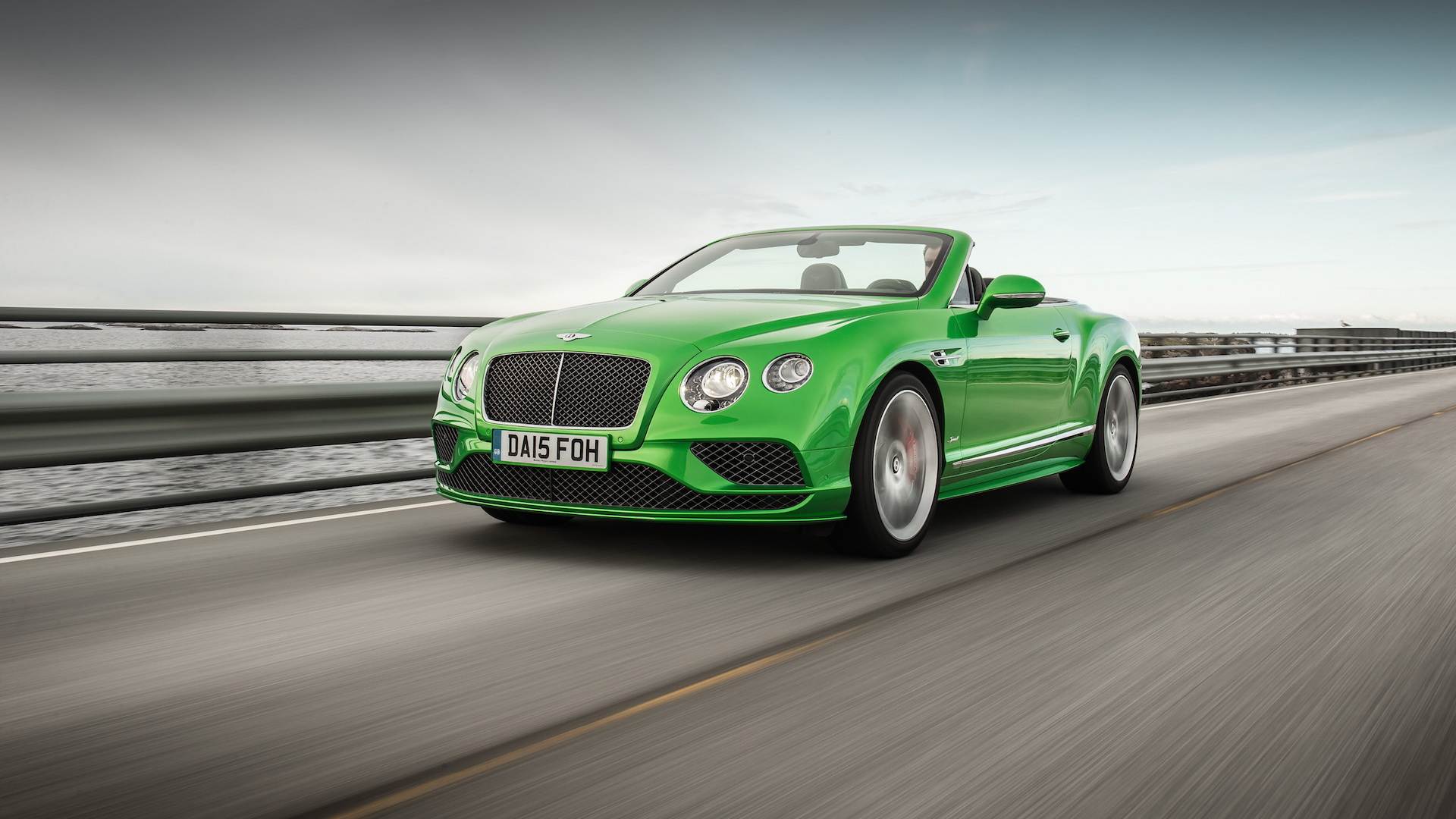 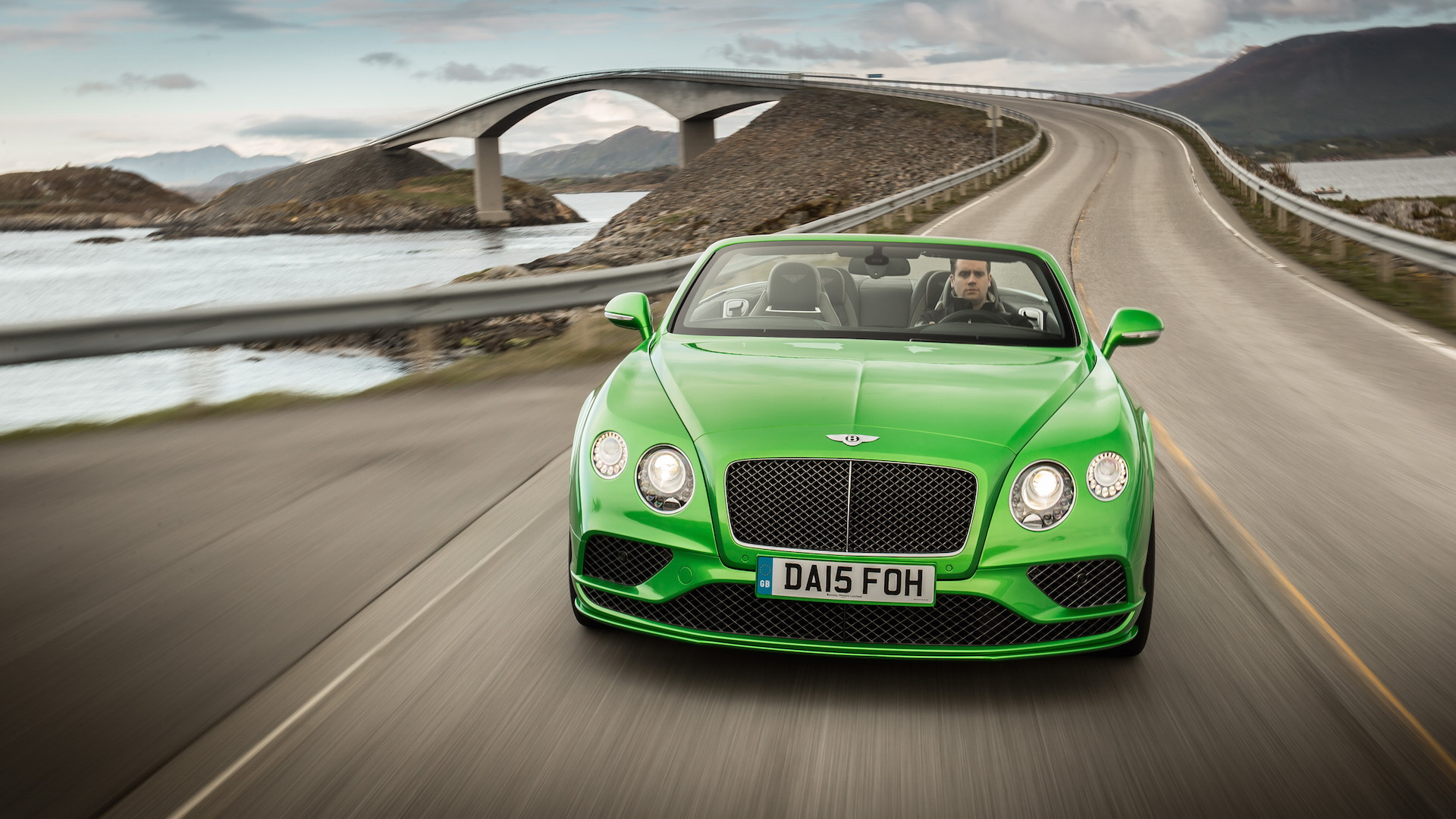 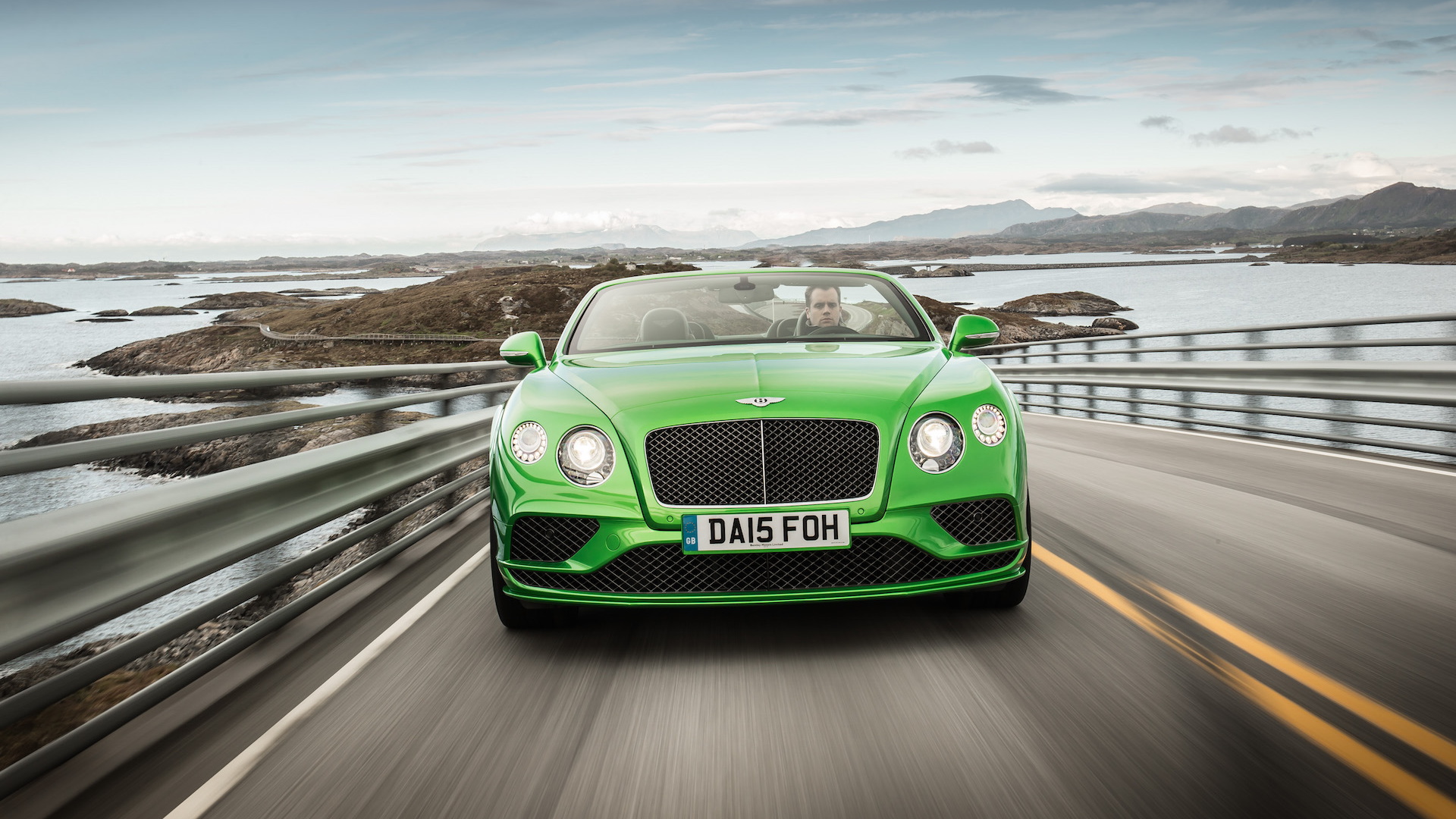 Before the Internet became the refuge of the world's trolls, Norway was their spiritual home.

We contend they're mythical creatures, but lots of Norwegians to this day believe trolls really exist. Spooky, Blair Witch-style trolls, if you take YouTube at face value.

And why wouldn't you? Rich in natural resources, long on natural beauty, Norway is also very thinly populated and fairly walled off from its neighbors by steep mountains. There's plenty of heavily wooded terrain for trolls to set up light housekeeping, plenty of tasty dairy animals wandering the countryside, plenty of pine trees to use as toothpicks. The only things missing in this Scandinavian West Virginia are an origination theory and their own troll-hunting Bobo.

Challenge accepted. One problem: the only hunting apparel we have is a 626-horsepower Bentley. If we find a real troll, we're going to haul him in with the car, and hope the bull hides applied to the cabin don't make the car smell too much like an hors d'oeuvre.

Where to find said trolls seems easy, though. There's a road that leads from our pristine Storfjord Hotel to the world's most beautiful rest stop, which sits at the foot of a paved rollercoastery path called Trollstigen--translated from Norwegian, it's literally "the troll's ladder." Too easy? From there we'll take to the Atlantic Road, 5.2 miles of roads and eight bridges that cling bravely to the western coast of Norway, lashing it tight and damming it off from the vast north sea and, a thousand miles in the distance, Iceland.

Fans of Successories, take note: this is one of the passages in life where it really is more about the journey than the destination. Over long mid-summer days, we thread through fjords and assorted wilds punctuated by few villages, zero industrialism, and only an occasional child shrieking with joy at the sight of anything traveling more than 40 miles per hour. For hours on end, we layer on it a vivid, Apple Green blur, our zoetrope projected against a verdant backdrop, framed by steep grey mountains capped in pure white snow, crystalline water, and robin-egg blue skies.

Norway, it turns out, is also really into color blocking.

Last year we toured Scotland at something a wee bit above legal speeds in the 2015 Conti GT Speed, to great success. This year--how to cap that?

Pining for the fjords is something we don't do often, but when Bentley asked us to come to virgin territory (virgin for us, anyway) and explore the updated Continental, we said yes. (Bentley paid for travel and expenses, but wouldn't foot the bill for us to put a couple of "J"s in our name, legally.)

Last year, Bentley crowned the GT Speed its fastest production car ever. Over its dozen years on sale, it's lifted output of the two-door's twin-turbocharged 6.0-liter W-12 from 414 horsepower to the GT Speed's 626 horsepower and a massive 607 pound-feet of torque.

This year, it's the standard W-12 car that gets more powertrain attention, though. Its formidable 567 hp has grown to 582 hp, and torque has risen from 516 to 531 pound-feet. In a nod to efficiency, Bentley's developed a system that shuts off fuel to half the cylinders under light loads, while keeping the valvetrains in action. As a result, the EPA combined mileage for the 12-cylinder model has been boosted to 15 mpg.

Like the Viper V-10 and the Quattro turbo five, there may never be anything like Bentley's W-12. It's an offbeat taste, one I dare you not to develop a fondness for after spending any time in it. It's simple in concept, a whirring mechanical Paddington Station of motion when it's running. Bentley (by way of its parent VW Group) joins two narrow-angle six-cylinders at the crank, and leaves the harmonics to nature. Somehow it turns out a lyrical burbling, wuffling noise that lacks only some of the basso profundo of a proper V-8. But push the tach needle to its limits, and the W-12 wails out its own lovely wall of sound, one worth a double A-side single release.

Keep in mind that the Continental GT Speed coupe checks in at more than 5,100 pounds, and the convertible nearly 5,500 pounds, and the W-12 might almost seem insufficient. But granted its grip and its smartly staged eight-speed automatic, it drops a hot 60-mph run in 4.0 seconds. Push it to its limits and it can in theory hit a top speed of 206 mph; Convertibles see 4.1 seconds and 203 mph. We can attest to at least 181 mph, alarmingly stable and undramatic even there.

In a country where the speed limit is roughly 48 miles per hour, the GT Speed's on-call power is an absurd overstatement. All it takes is a toenail of throttle to leap beyond four, six, eight slower-moving cars on the few and far between passable straights. Better to be in Sport mode, where the shifter steps up its progression, and the powertrain clears its throat, the distinctive exhaust growing more insistent, determined.

GT Speeds have the adaptive air suspension of other models, but they're set 0.4 inches lower, and ride on 45-percent stiffer springs and 70-percent stiffer bushings, with 15 percent more camber dialed into the front tires. Still, it doesn't feel hamfisted or hard-sprung: it leaves no doubt that it's a grand tourer but feels eager enough to tackle hairpins with a youthful zest that's wonderfully at odds with its curb weight, price tag, and point in its life cycle.

Norway's relatively low speeds and keenly tight turns--guardrail here, rock wall there--would fluster a hard-edged sportscar. The pleasure of a casual ride in the GT Speed just doesn't have a parallel in cars defined by their 0-60 mph times and lateral-grip figures. We loop de loop with the 2016 Bentley Continental GT Speed through Trollstigen's eleven turns and incline of 10 percent, and it's relaxed. Serene.

We didn't personally see any trolls, but did respond to several tweets from some once we cleared the pass.

The world's most beautiful rest stop (top) is a great place for coffee and souvenirs before you descend and ascend Trollstigen. Norway (bottom left, right) has "spectacular" down to a science, even though speed limits are absurdly low.

The cabin's mainly left alone. Speeds still have their own color choices and contrasts, their own badging, their own lambs-wool rugs. It's still more useful than it needs to be, what with a real back seat and all-weather all-wheel drive, still mostly lovely with only a few foibles. The infotainment system now has wireless-hotspot service built in, but the interface itself doesn't have the lavish, logical appeal of the rest of the cockpit. The optional Naim audio system is tuned for plenty of midrange response, but lacks the tightly composed bass that digital and especially, streamed music, demands.

There's nothing at fault with the plush, thickly lined convertible top. It blots out sound and noise and weather when it's up. We'd have preferred it down most of the time, but while the calendar says summer, the temp gauge says we're hovering in the high 50s.

That's one reason Norway may not be the best place to explore the upper reaches of something like the $289,795 Continental GT Speed we drove. On the whole, it's a beautiful place to remember the subtler joy of driving more slowly, and taking in staggering natural beauty. Which we did--in between bouts of high-velocity passes, heavy-throttle overrun in long mountain tunnels, and a shameful disrespect for the country's strict 80-km/h speed limits.