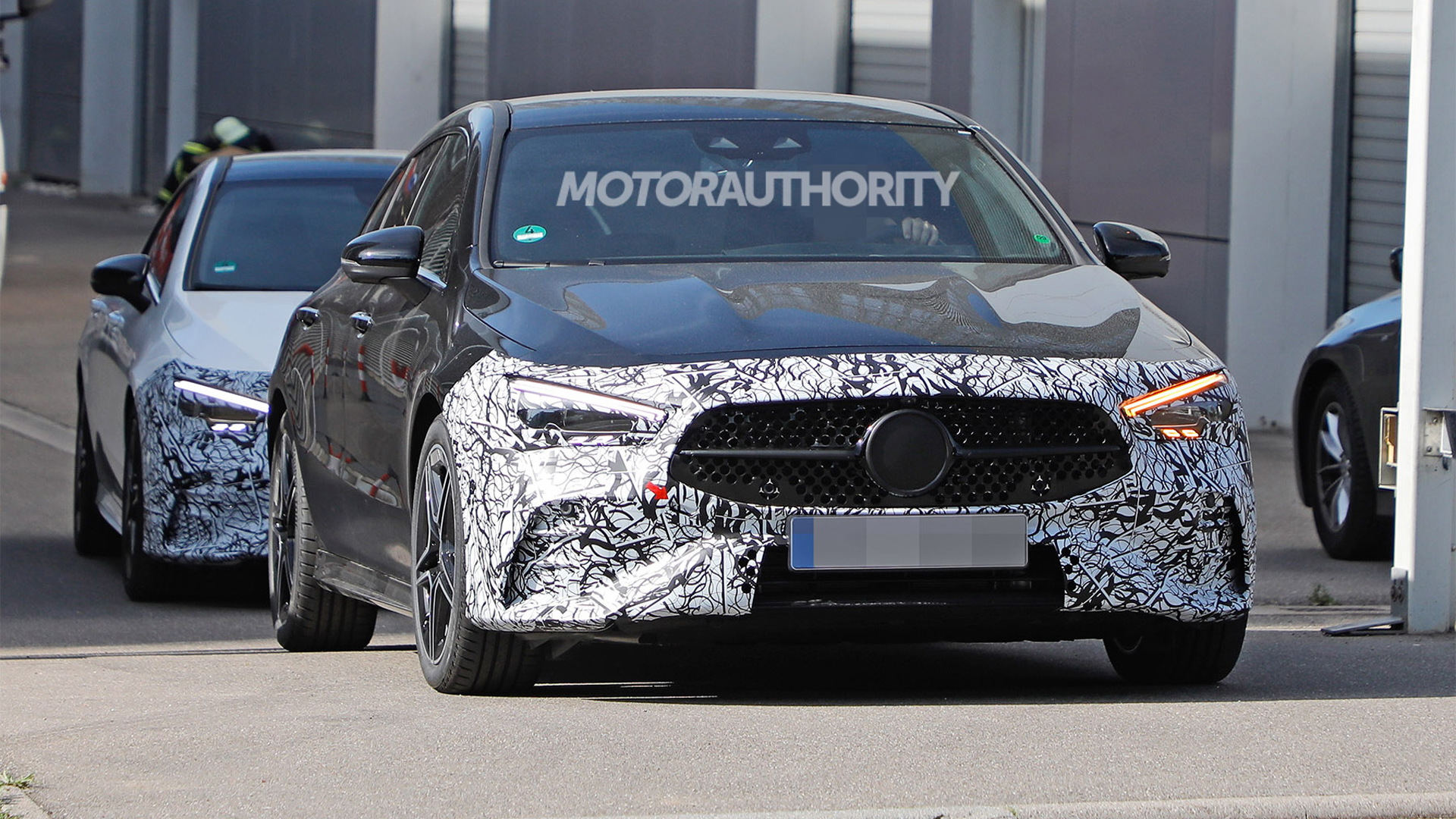 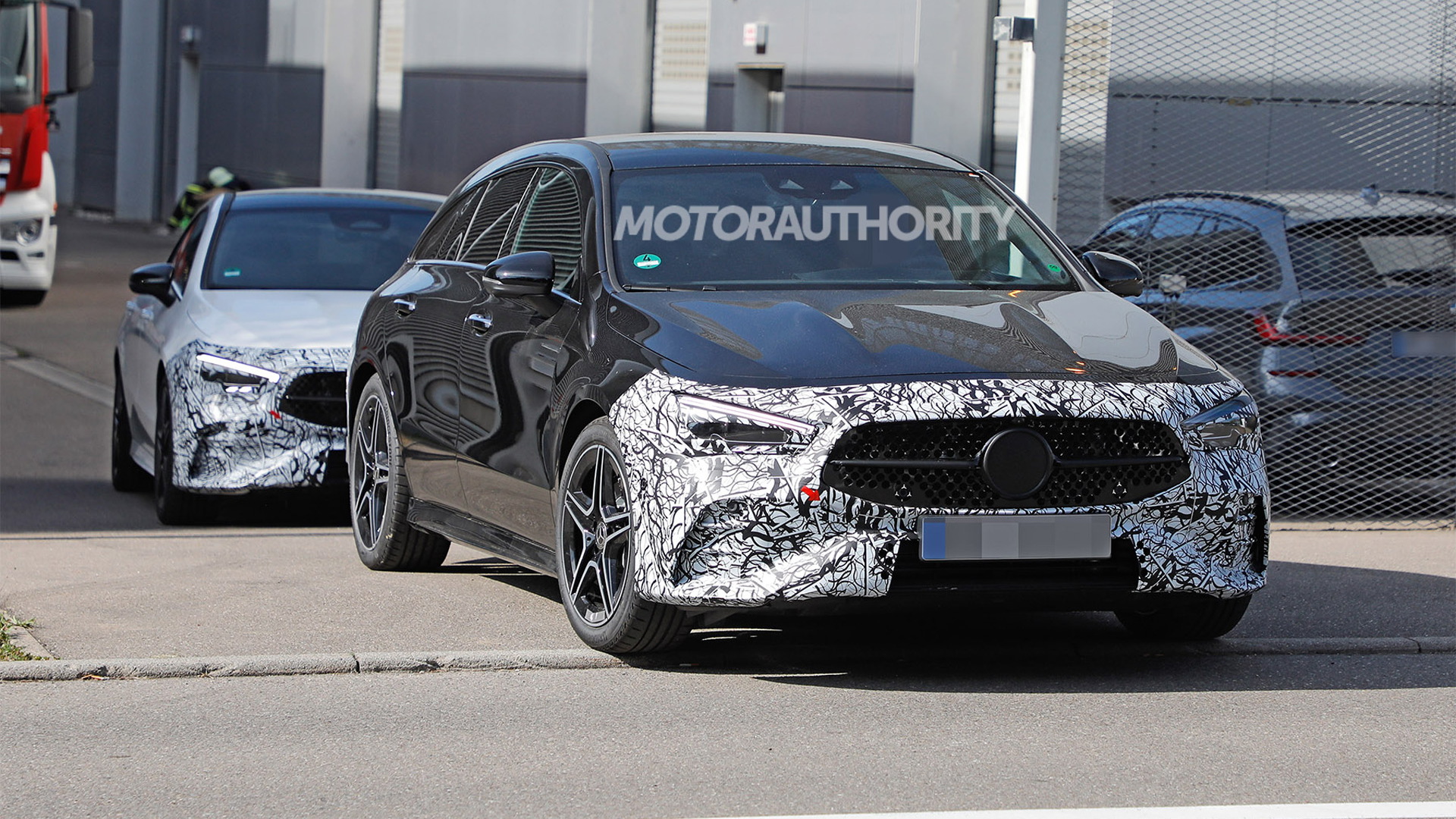 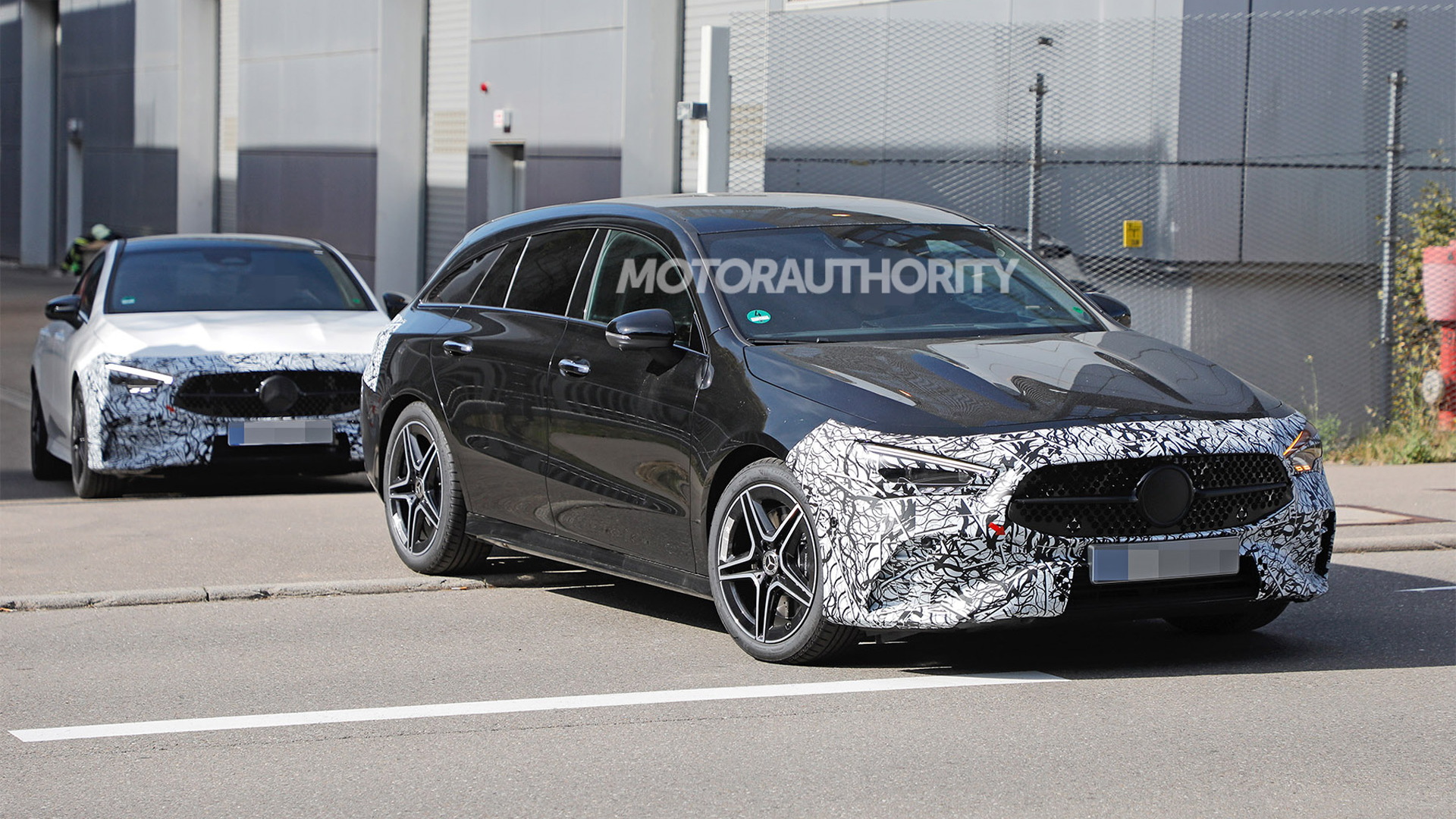 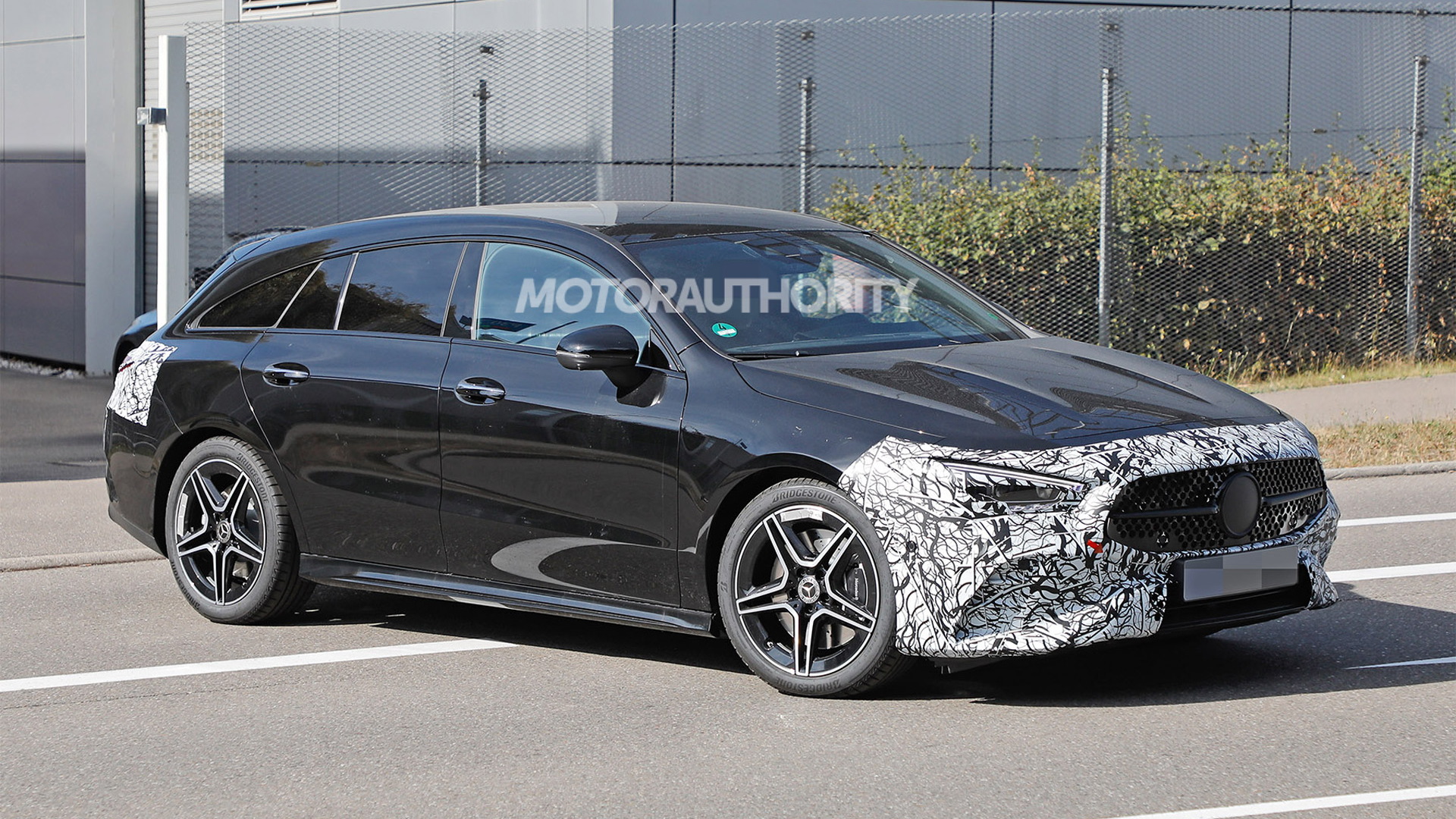 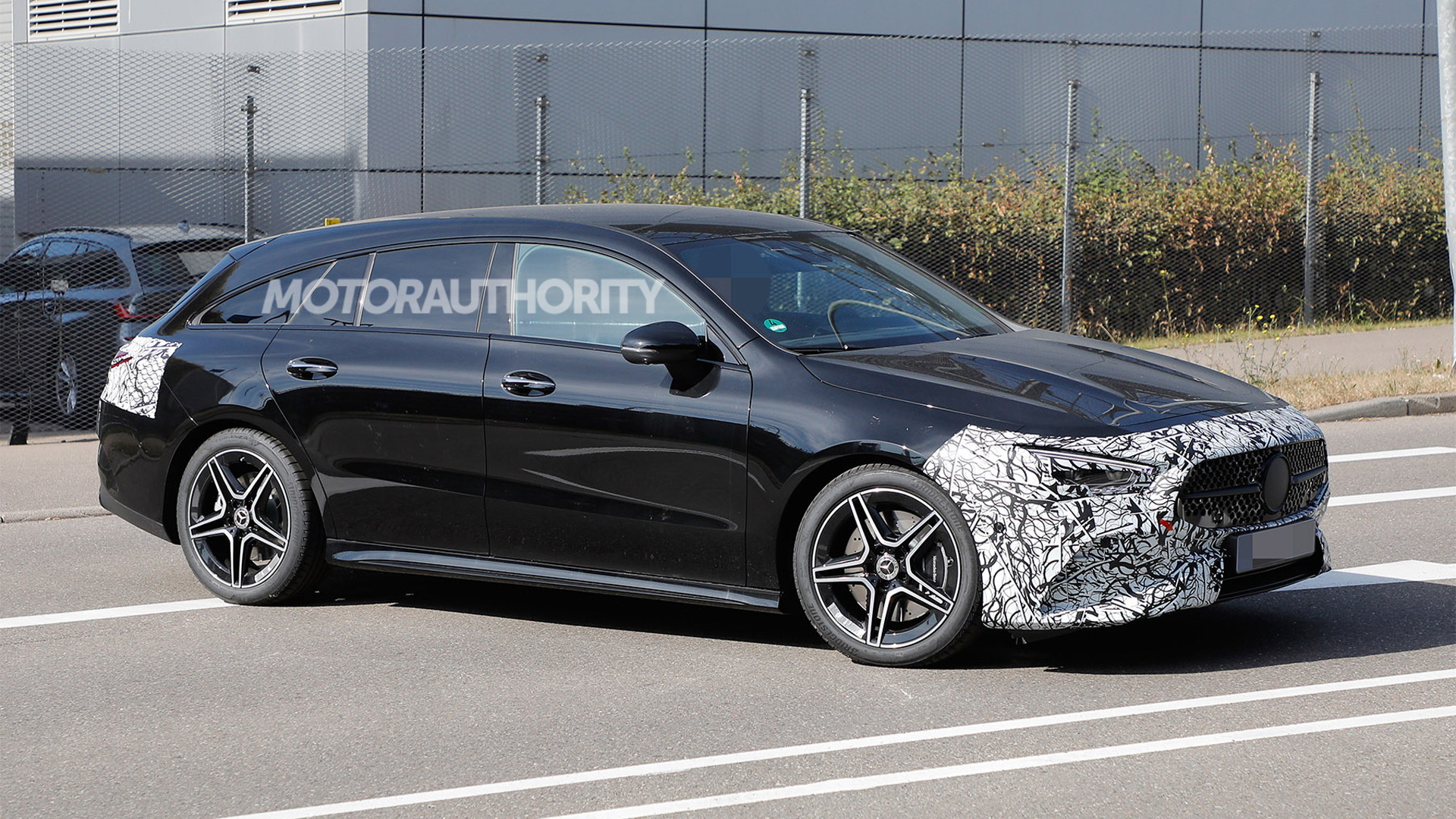 Mercedes-Benz is in the process of updating its entire compact range, and a prototype for the updated CLA-Class Shooting Brake sold overseas has just been spotted.

It follows the sighting in August of a prototype for the updated CLA-Class sedan. Prototypes for updated versions of the A-Class sedan, A-Class hatchback, B-Class, GLA-Class, and GLB-Class are also out testing.

Note, the updated A-Class won't make it to the U.S. The current compact sedan will be discontinued here after the 2022 model year, leaving the GLA-Class as the brand's entry point in this market. The updated CLA-Class is expected to be sold here, albeit in sedan form only.

The current second-generation CLA-Class arrived on the scene in 2019 as a 2020 model, and in Mercedes tradition the updated version should arrive in 2023 as a 2024 model.

The prototypes are only lightly camouflaged, which makes sense for an update. There appears to be a revised grille, revised front and rear fascias, and tweaks to the internals of the lights at both ends.

Front-wheel drive is standard on the CLA 250, while other grades all come standard with all-wheel drive.

Even though the CLA-Class isn't a huge seller, with Mercedes selling just 6,822 examples in the U.S. in 2021, it is expected to stick around when Mercedes redesigns its compact range around the middle of the decade. The same can't be said for the A-Class and B-Class, which are expected to be dropped as Mercedes turns its focus more toward lower volume, higher profit-margin vehicles.