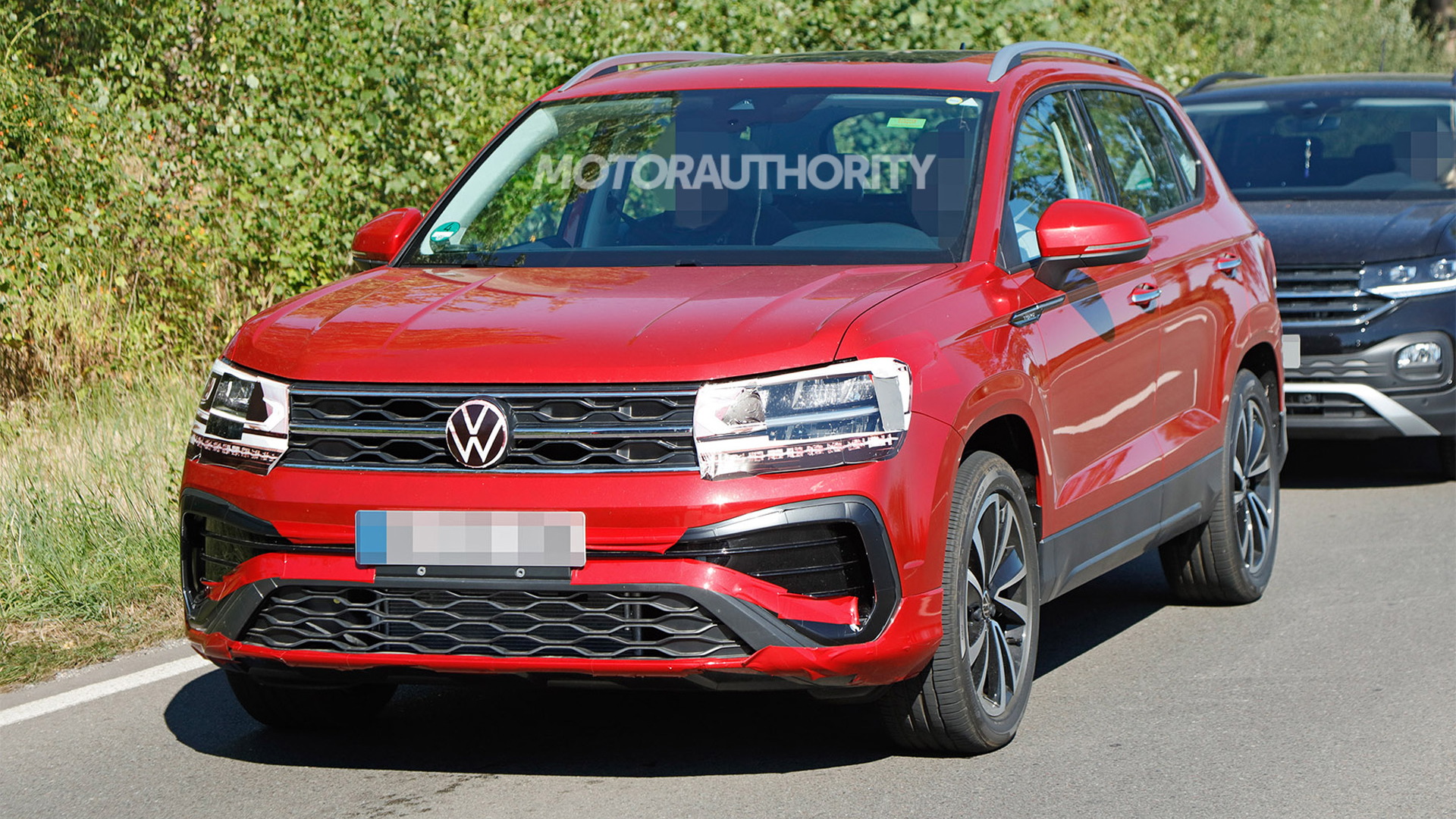 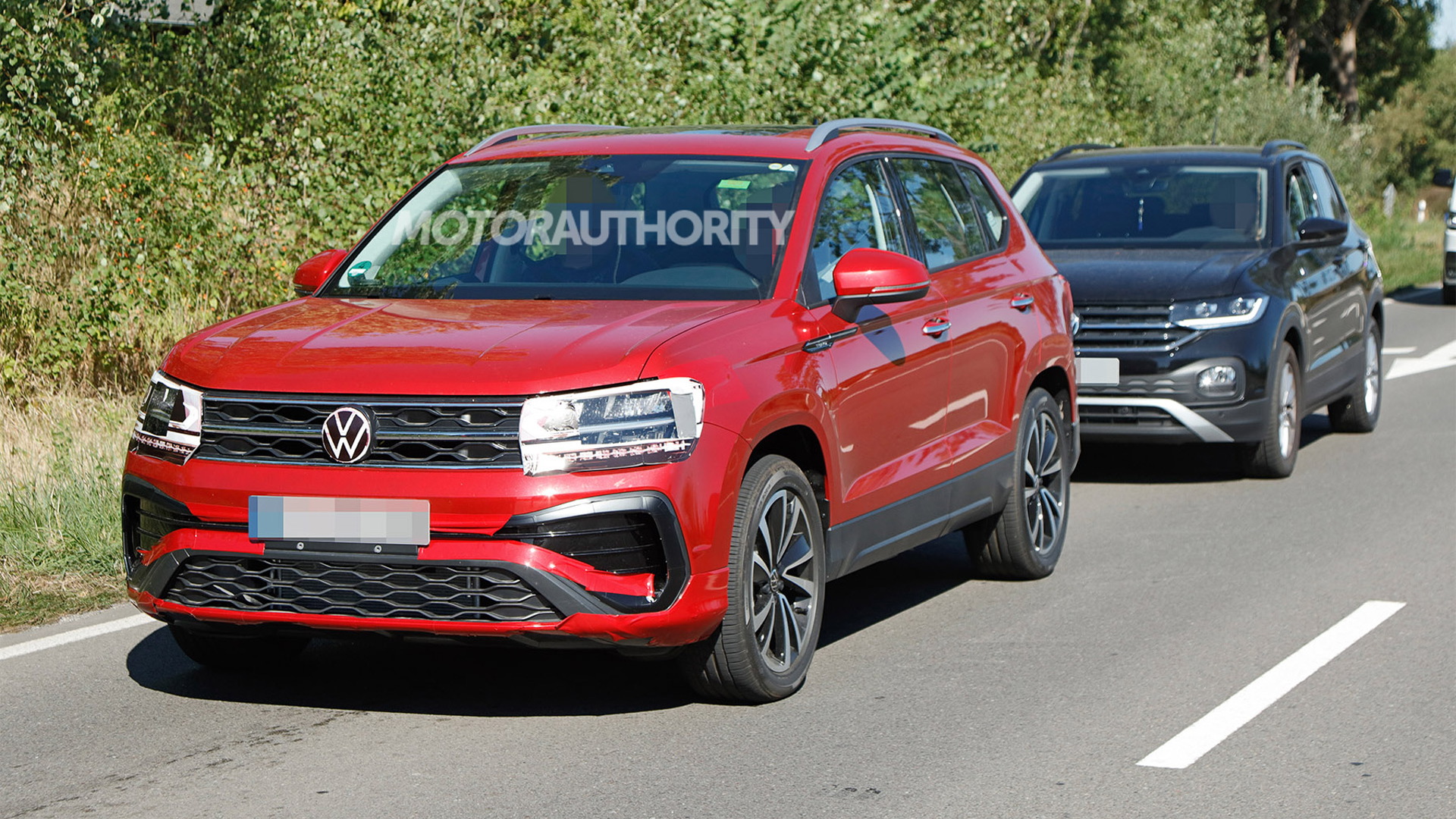 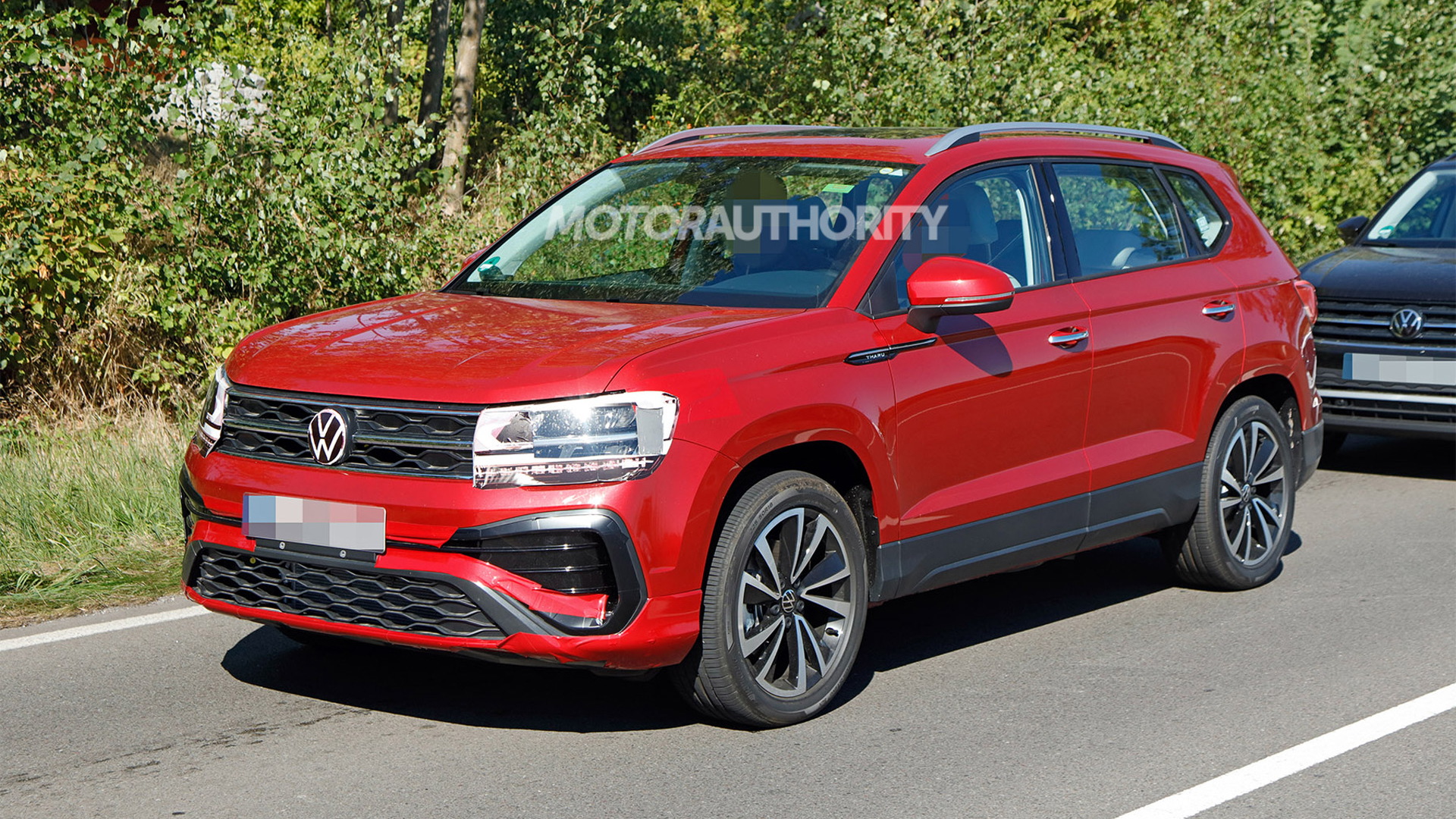 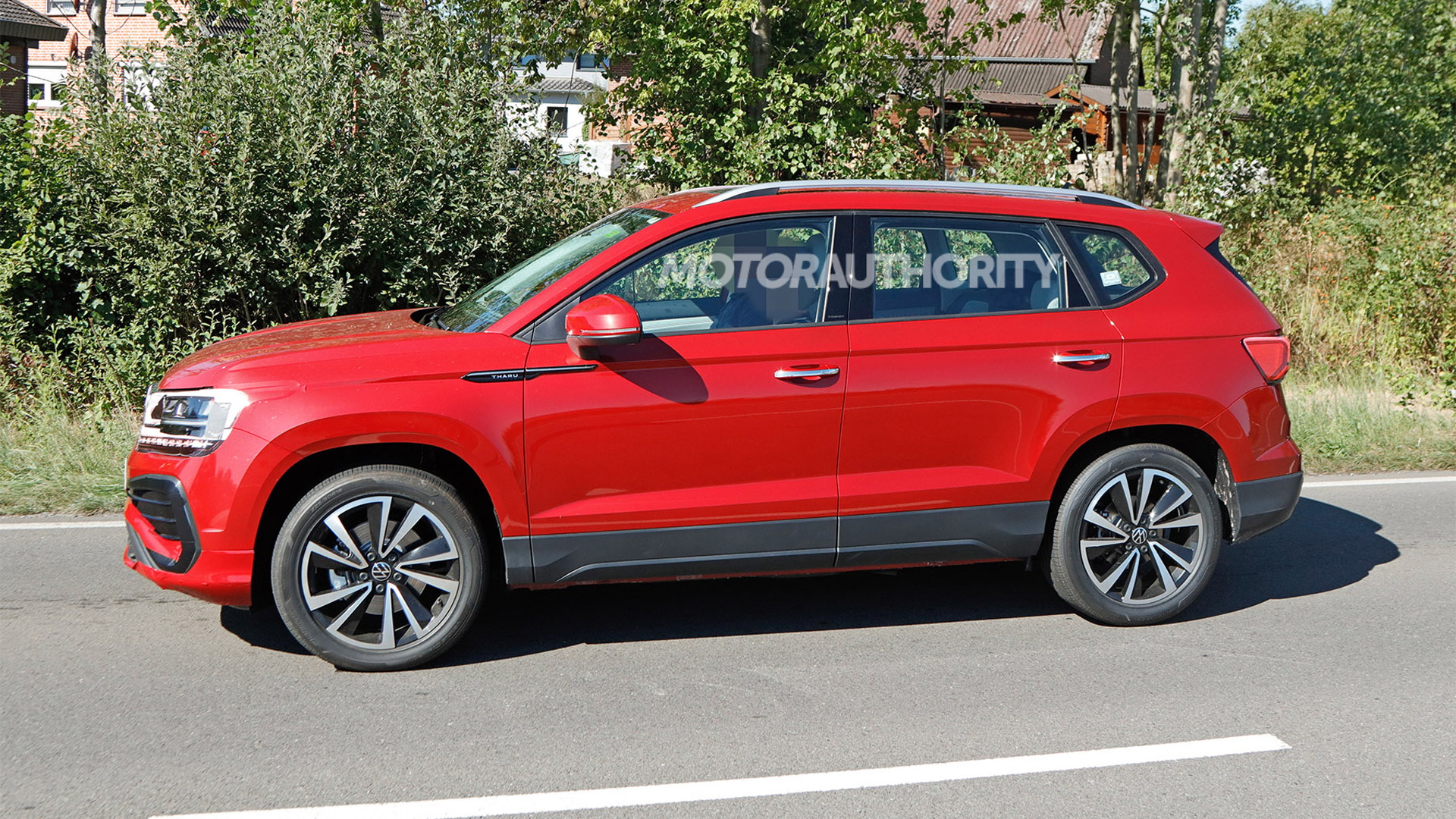 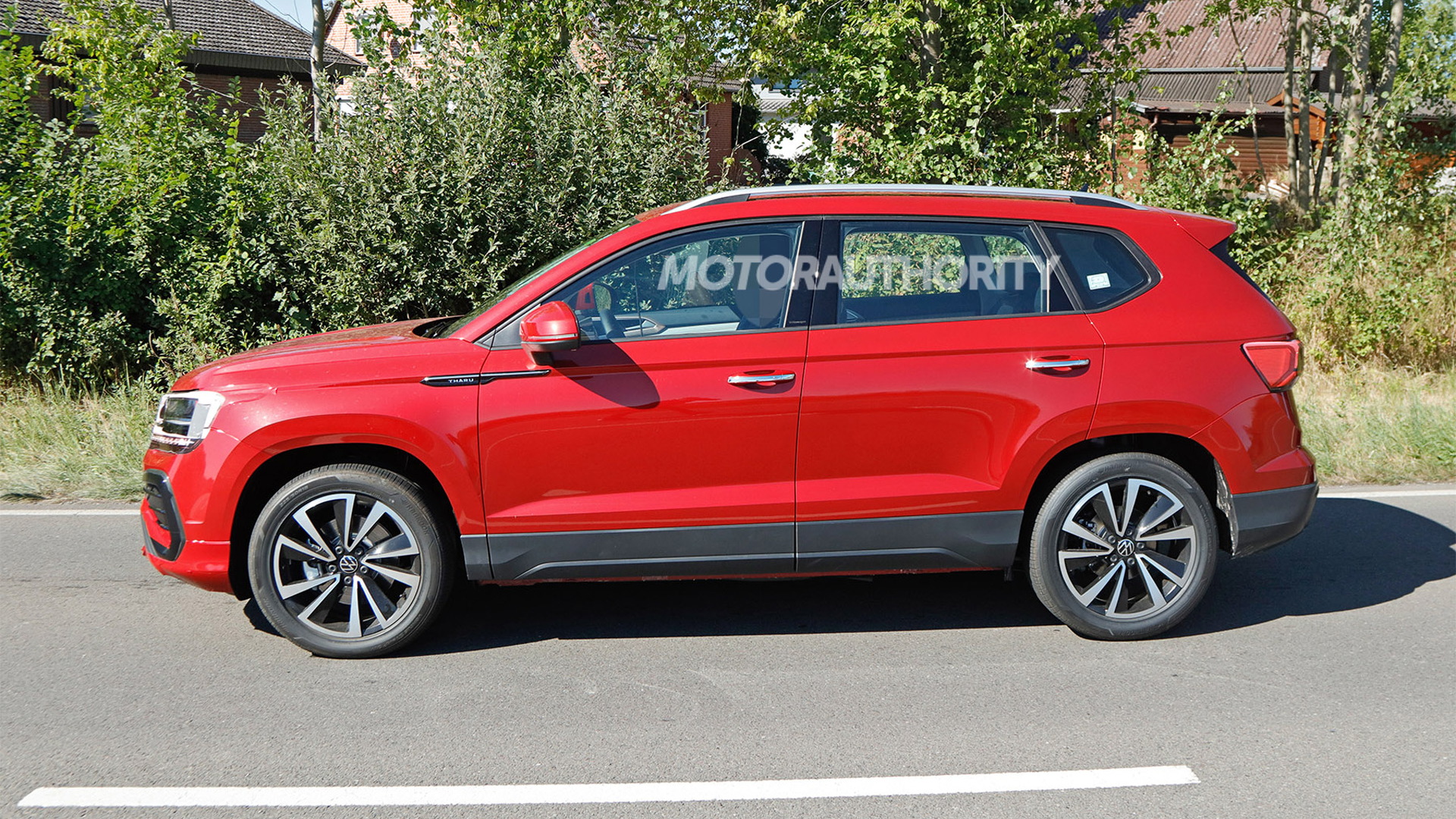 Volkswagen only introduced the Taos in the U.S. a year ago, but the subcompact crossover has been on sale in China since 2018, where it is known as a Tharu.

A prototype for an updated Tharu has just been spotted and likely points to tweaks we'll see in the U.S. on the Taos. The updated versions of both crossovers should arrive next year, which for the U.S. will mean a 2024 model year arrival.

Judging by the prototype, there will be revised designs for the lights at both ends, as well as new fascia designs, and a new grille. It's possible it will also get some tweaks inside, such as an updated infotainment system.

We currently don't expect any change in the powertrain department for the Taos. The crossover is offered exclusively with a 1.5-liter turbo-4 good for 158 hp and 184 lb-ft of torque. Front-wheel-drive models come with an 8-speed automatic, while all-wheel-drive versions have a 7-speed dual-clutch automatic. A more diverse powertrain portfolio consisting of 1.2-, 1.4-, and 2.0-liter turbocharged engines is offered for the Tharu in China.

Production of the Taos for the U.S. is handled at VW's plant in Pueblo, Mexico. The vehicle managed a respectable 31,682 sales in the U.S. last year, and 2022, which will be its first full year on the market, is shaping up to deliver a better result.