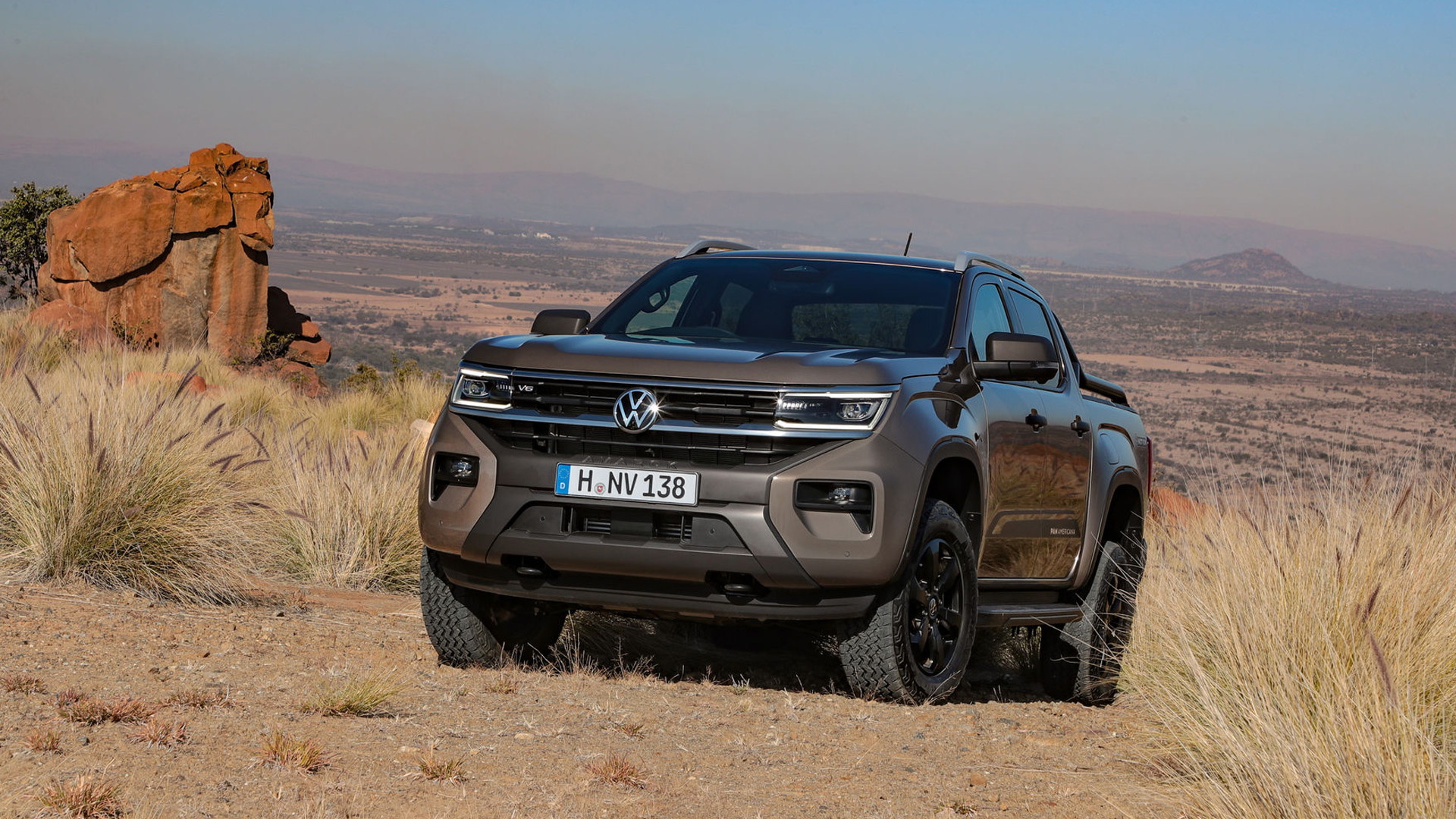 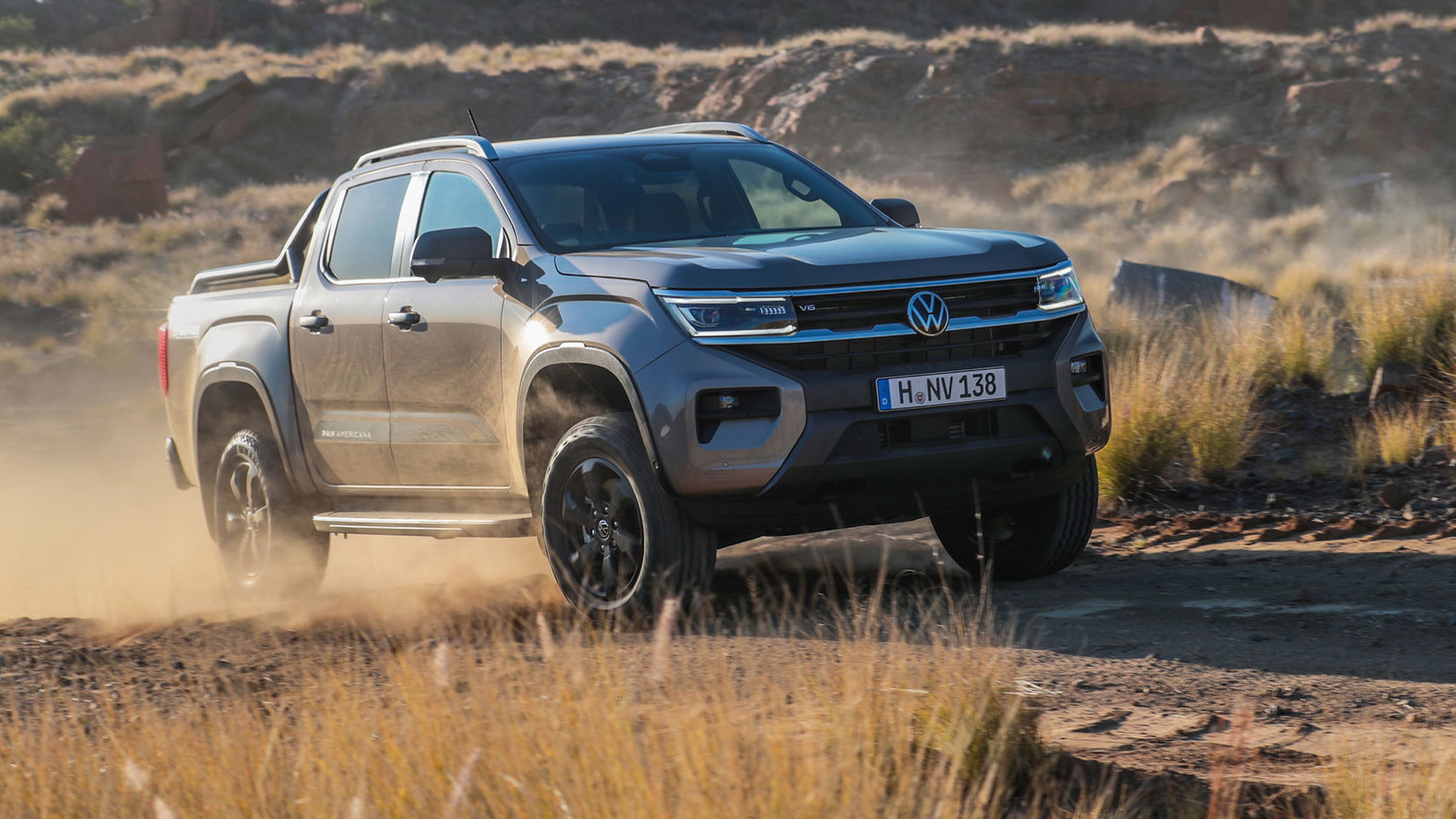 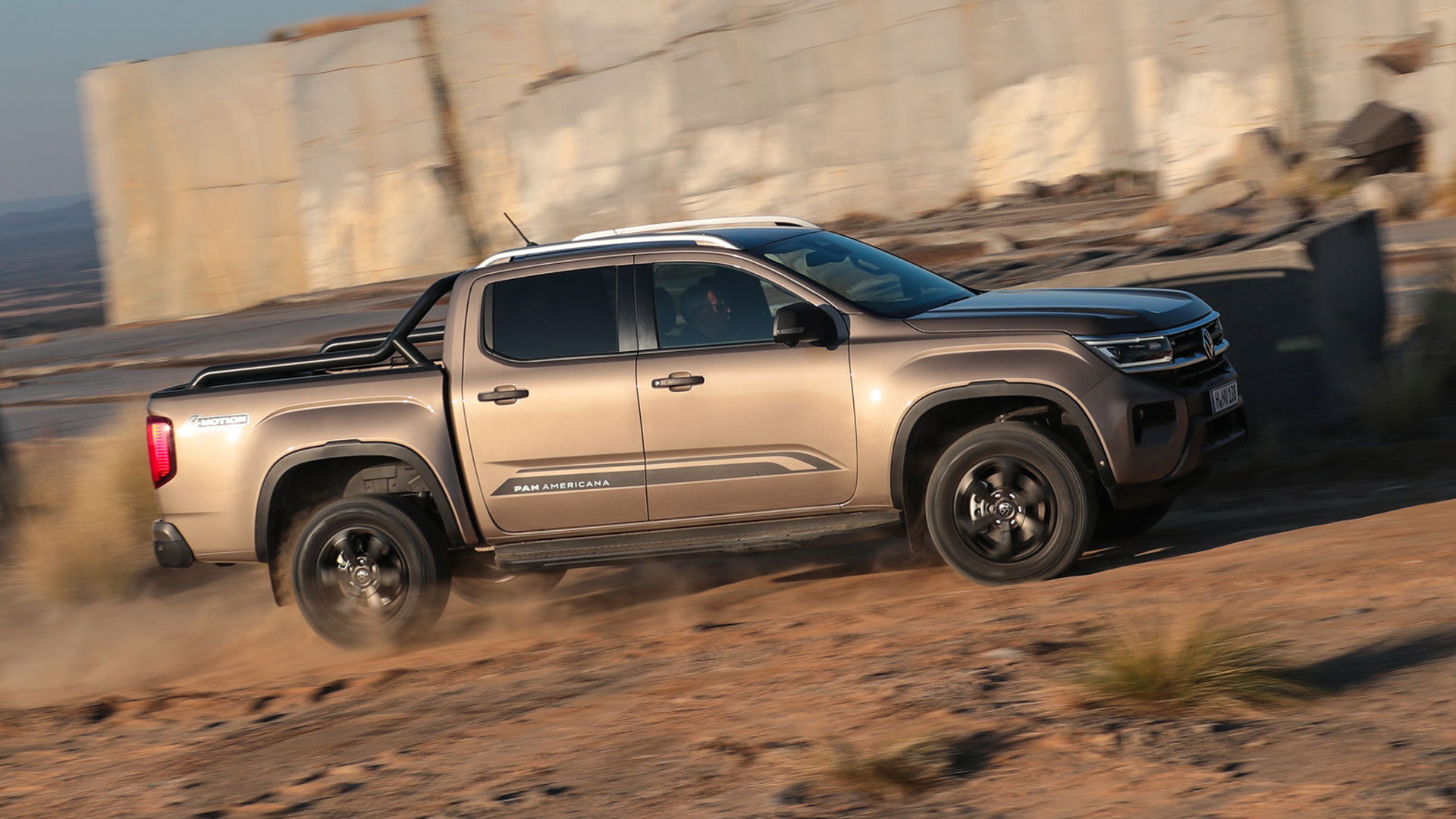 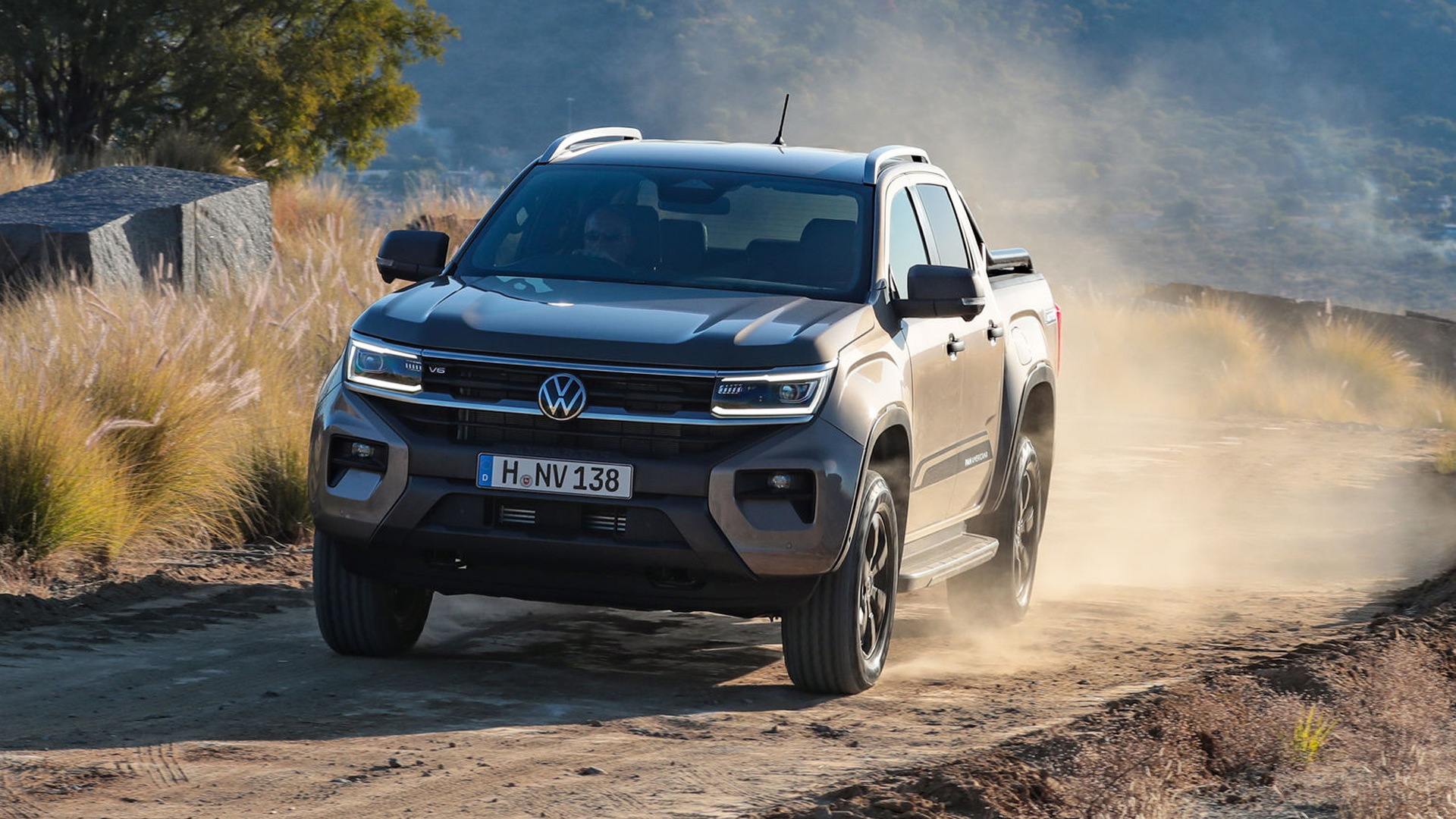 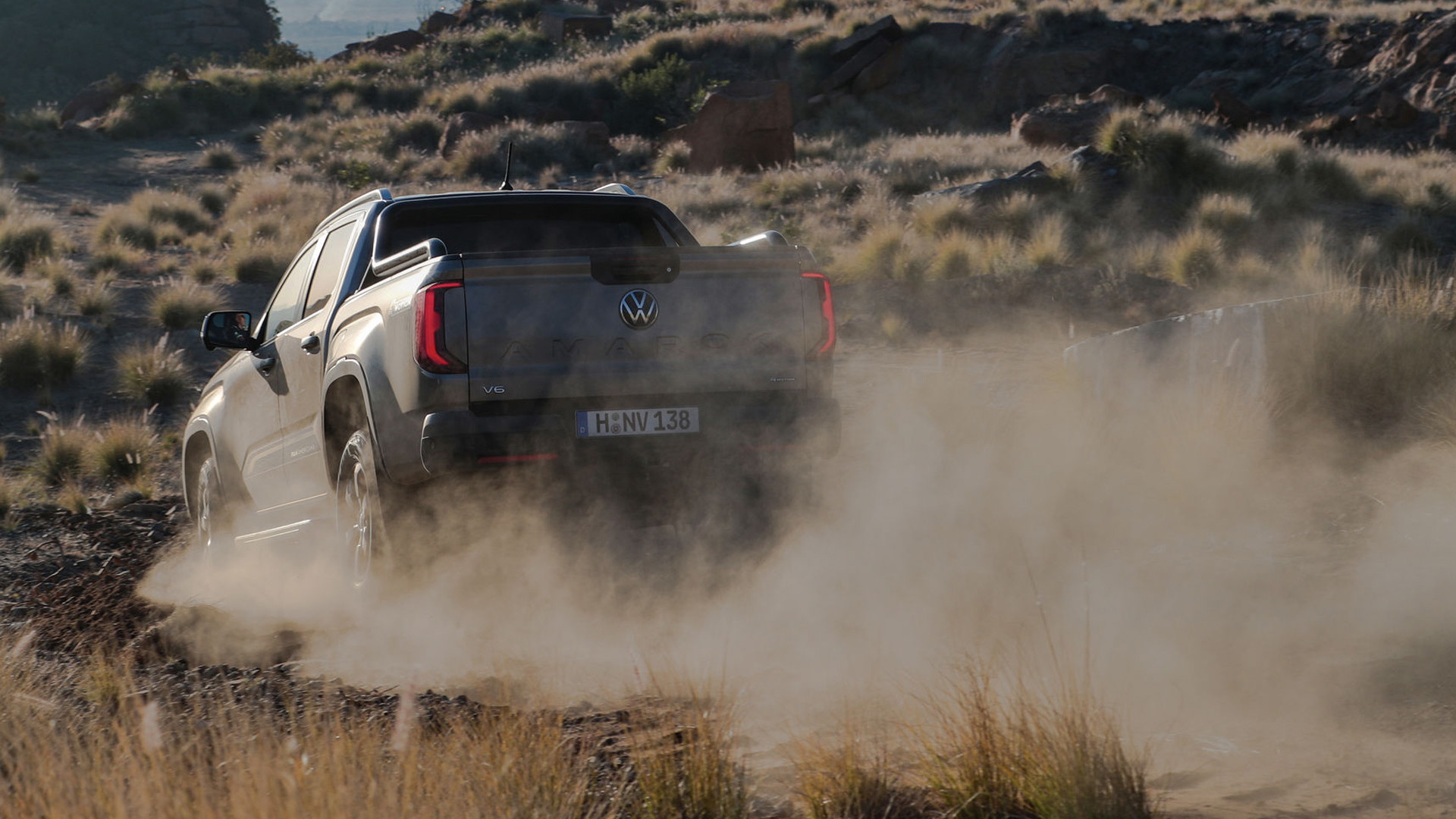 Volkswagen on Thursday revealed a redesigned Amarok. The new mid-size pickup truck is a twin to the redesigned Ford Ranger shown last November, and it's set to start sales later this year.

Only the Ranger is bound for the U.S. It's expected to start sales here in late 2022 or early the following year. The Amarok will be limited to parts of Africa, Europe, the Middle East and Australia and New Zealand, VW said.

Both the redesigned Amarok and Ranger are based on an updated version of the current Ranger's T6 body-on-frame platform. The updated platform made its debut in the modern Ford Bronco.

The new truck measures 210.6 inches in length, or 3.8 inches more than the outgoing Amarok, while the wheelbase has grown 6.8 inches to a total 128.7 inches. The fording depth is 31.5 inches, up from 19.7 inches previously. Body styles include two-door single cab and four-door crew cab options.

Compared to the outgoing Amarok, which racked up over 830,000 sales during its life, the new truck is more practical and more powerful, and promised to be more dynamic. It's also loaded with more technology, including a digital dash with screens measuring up to 12 inches for the instrument cluster and infotainment hub.

Five powertrains have been announced, all of them turbocharged. One is a gasoline unit and the rest diesels. The gasoline unit is Ford's 2.3-liter inline-4, rated here at 297 hp. The diesels are all from VW, with the range-topping option a new 3.0-liter V-6 delivering up to 247 hp.

Depending on the powertrain and specific market, there will be 5- and 6-speed manual transmissions on offer, alongside 6- and 10-speed automatics. Rear-wheel drive will be standard in most markets, though some will get all-wheel drive as standard.

Confirmed performance specs include a payload of up to 2,645 pounds and a tow capacity of up to 7,716 pounds.

While the new Ranger will be available in Ranger Raptor guise, packing a twin-turbocharged 3.0-liter twin-turbocharged V-6 delivering an expected 400 hp, it isn't clear if VW plans something similar for the Amarok, like a potential Amarok R.

Ford will build the Amarok for VW at a plant in South Africa. In return for developing and building the Amarok, Ford last year launched overseas a small Tourneo van based on VW's latest Caddy. VW Group has also licensed to Ford the MEB modular electric-vehicle platform. Ford will use the platform for one or more EVs, the first of which, a compact crossover, is due in 2023.

While we won't see VW launch the Amarok in the U.S., the automaker will offer an electric pickup on these shores later this decade. The pickup and a related SUV will be sold under a revived Scout name.