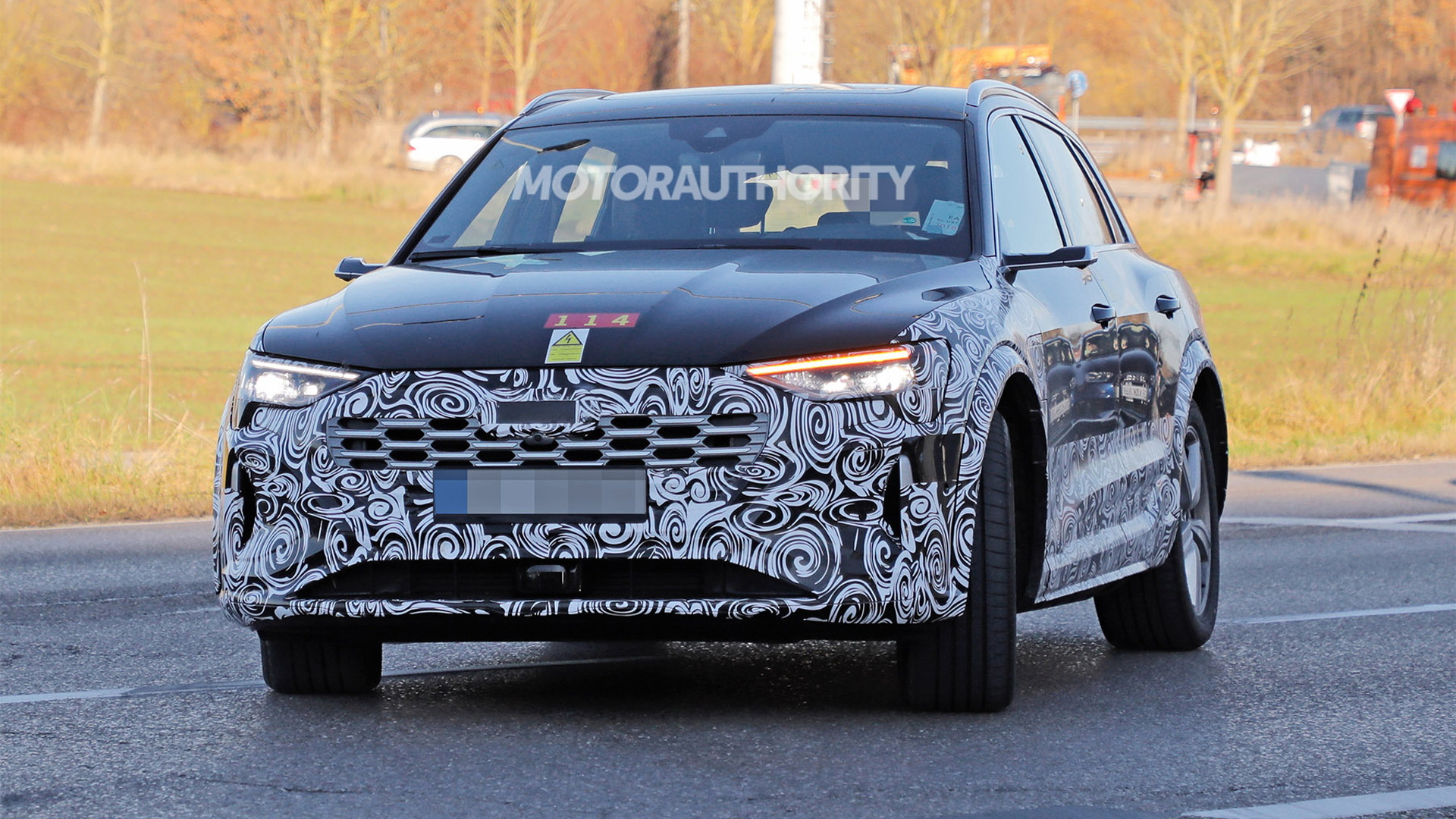 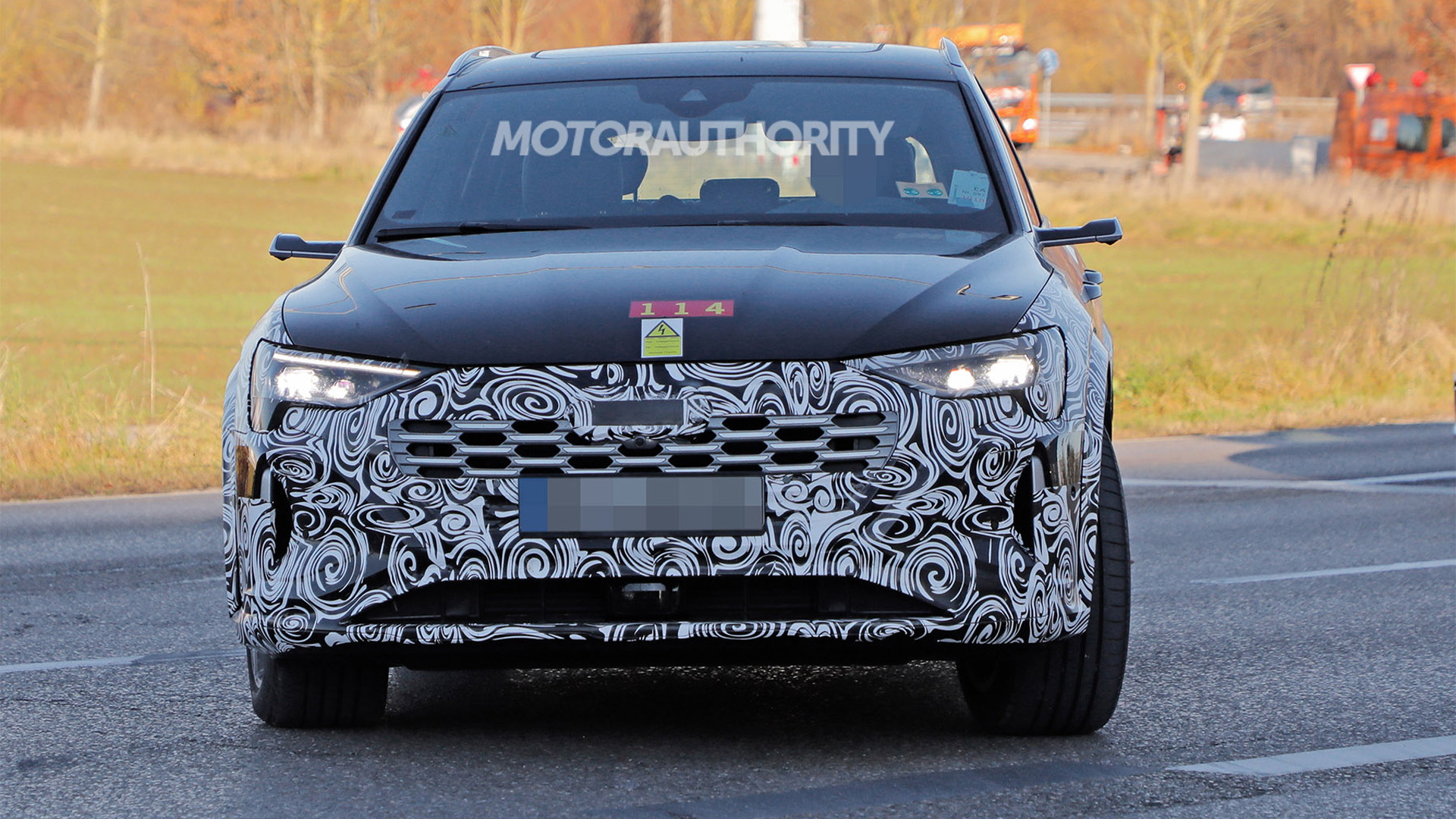 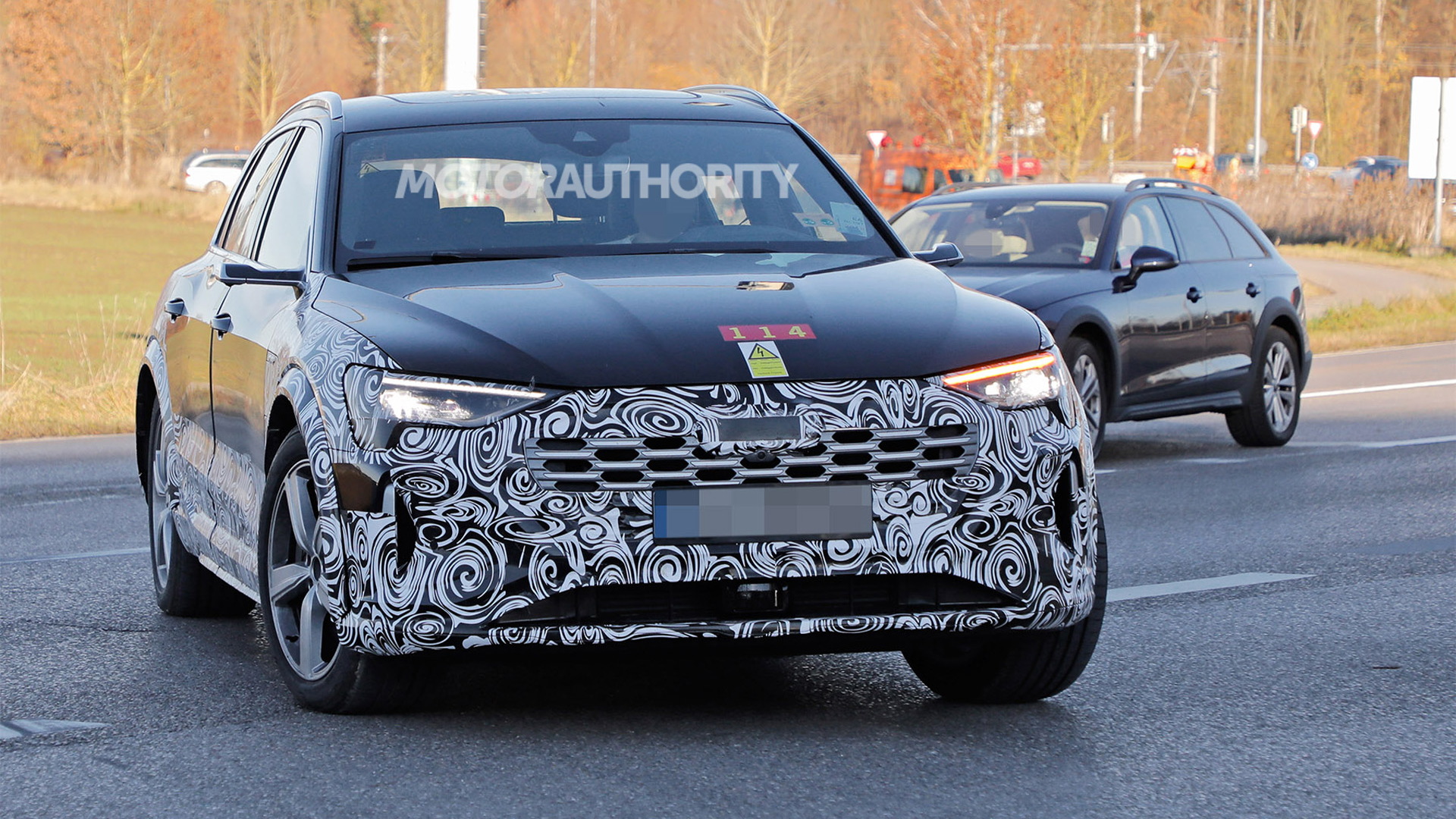 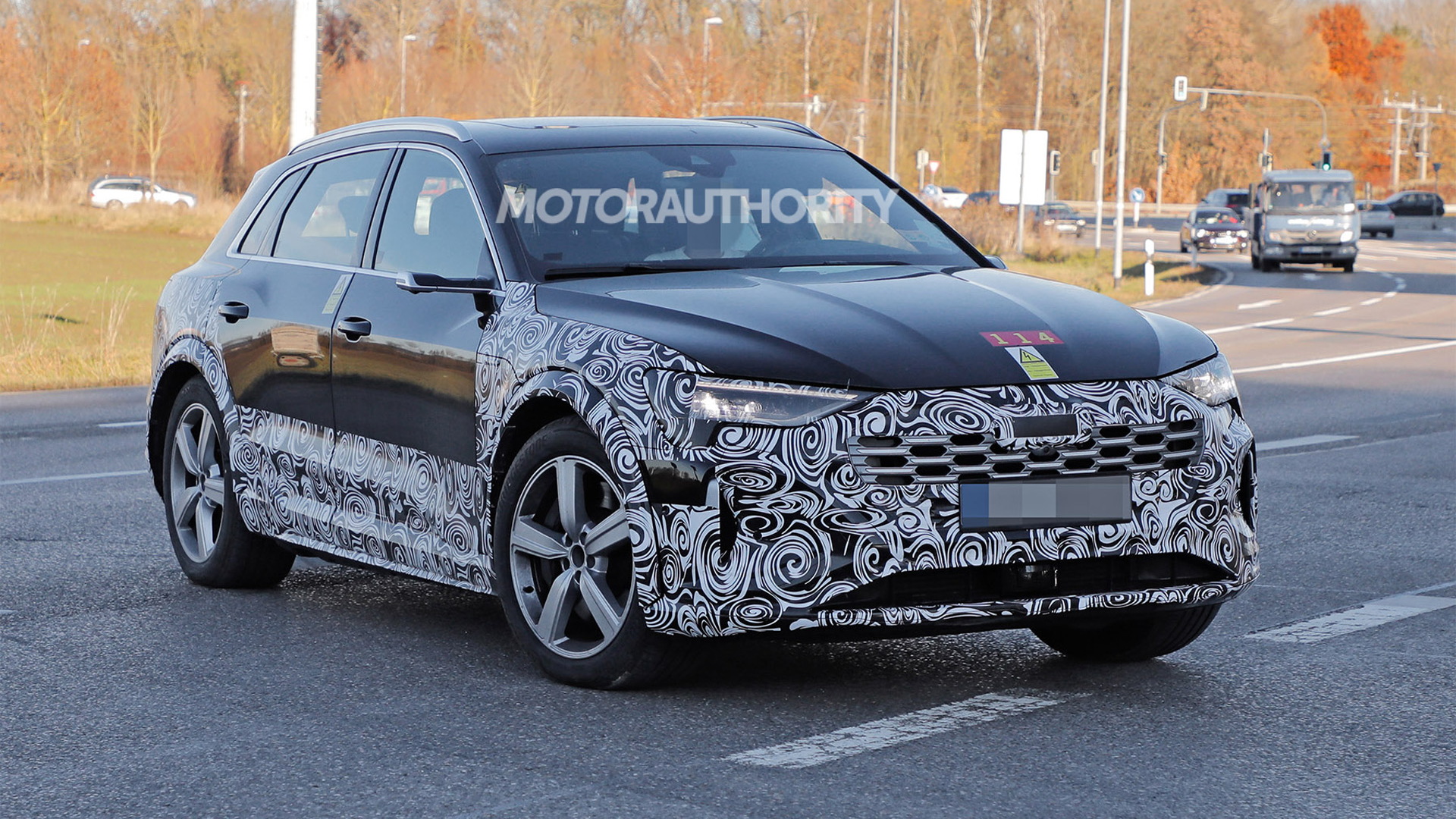 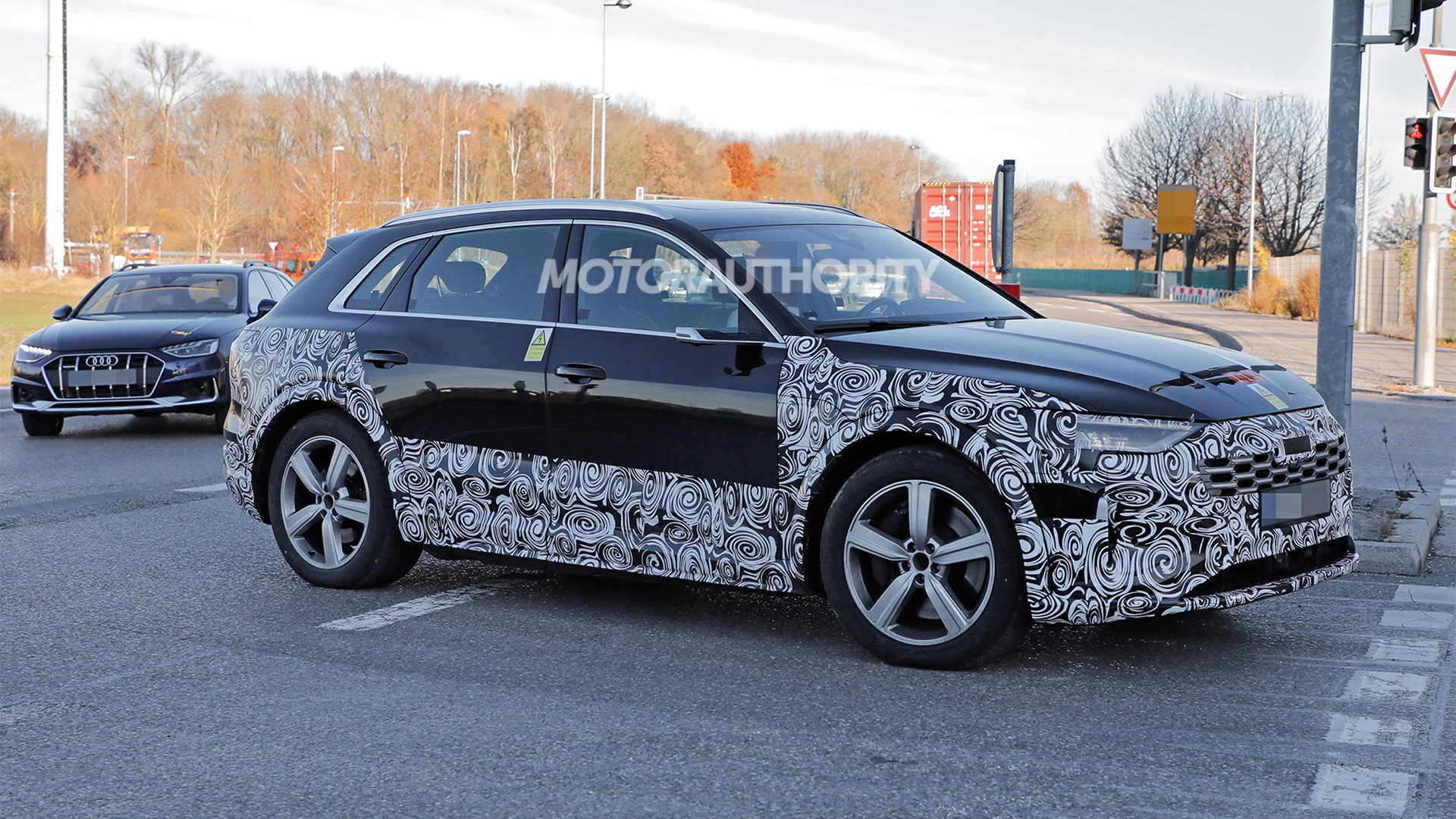 Audi is in the process of developing a mid-cycle update for its E-Tron and E-Tron Sportback electric crossovers, and a prototype has just been spotted.

The prototype is for the regular E-Tron but similar changes will feature on the coupe-like E-Tron Sportback, prototypes for which are also out testing (shown below).

The E-Tron arrived in 2018 as a 2019 model, with the E-Tron Sportback arriving one year later. In Audi tradition, we should see the updated versions arrive in 2022 as 2023 models.

The prototype points to significant styling tweaks coming, including new headlight and grille elements similar to what we see on the new 2022 Q4 E-Tron and Chinese-market Q5 E-Tron. The front and rear fascias, as well as the side skirts, also appear to feature a more streamlined look.

There isn't a shot of the interior but we know the prototype for the E-Tron Sportback was fitted with a new infotainment screen. Don't be surprised if the separate screens for the instrument cluster and infotainment in the current E-Tron are merged into a single wide display for the updated model.

It isn't clear what's planned for the powertrains, though rumors point to big changes here. We could see new batteries, more efficient electric motors, and new electronic control software to help boost range. The E-Tron arrived with just 204 miles of range as measured by the EPA. Efficiency updates added for 2021 saw the range increased to 222 miles. The mid-cycle update is expected to increase the range closer to 300 miles. The E-Tron Sportback currently has an EPA-rated range of 218 miles. It should also receive something closer to 300 miles with this update.

Audi was relatively early among established automakers to launch a credible Tesla rival when it first rolled out the E-Tron. However, to speed up the gestation, Audi modified a platform originally developed for internal-combustion cars, specifically the high-riding version of Volkswagen Group's MLB Evo platform shared with the Audi Q7 and Q8 and multiple other VW Group crossovers.

Eventually, the E-Tron will be replaced by a new Q8 E-Tron also serving as a successor to the current Q8. The Q8 E-Tron was confirmed by Audi in November and will start production around 2026 at the same Belgian plant where the E-Tron is built.

Other Audi EVs due in the coming years include a Q6 E-Tron, A6 E-Tron, and a production version of this year's Grandsphere concept, which may just replace the A8. And beyond 2026, Audi will only introduce EVs.