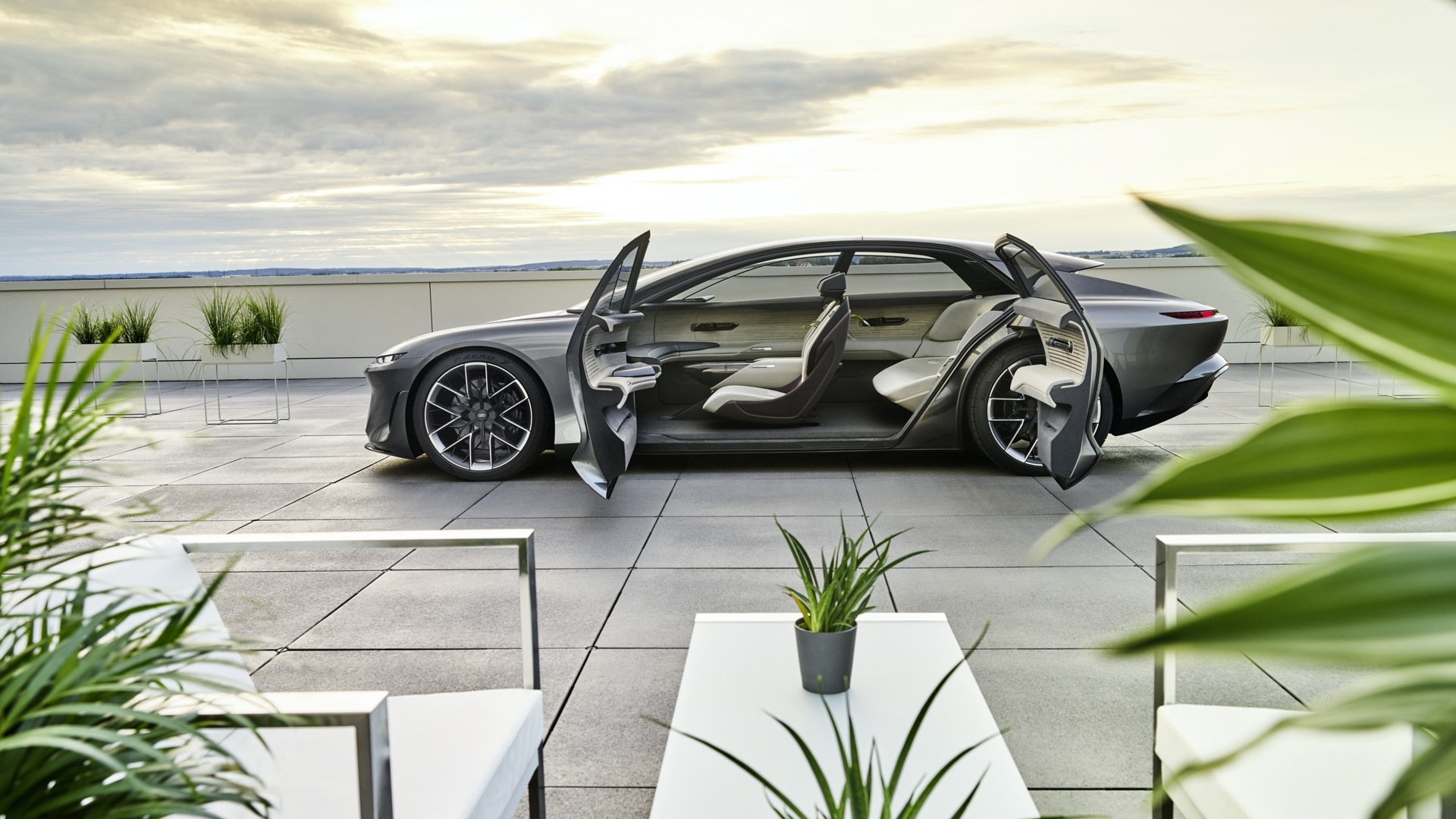 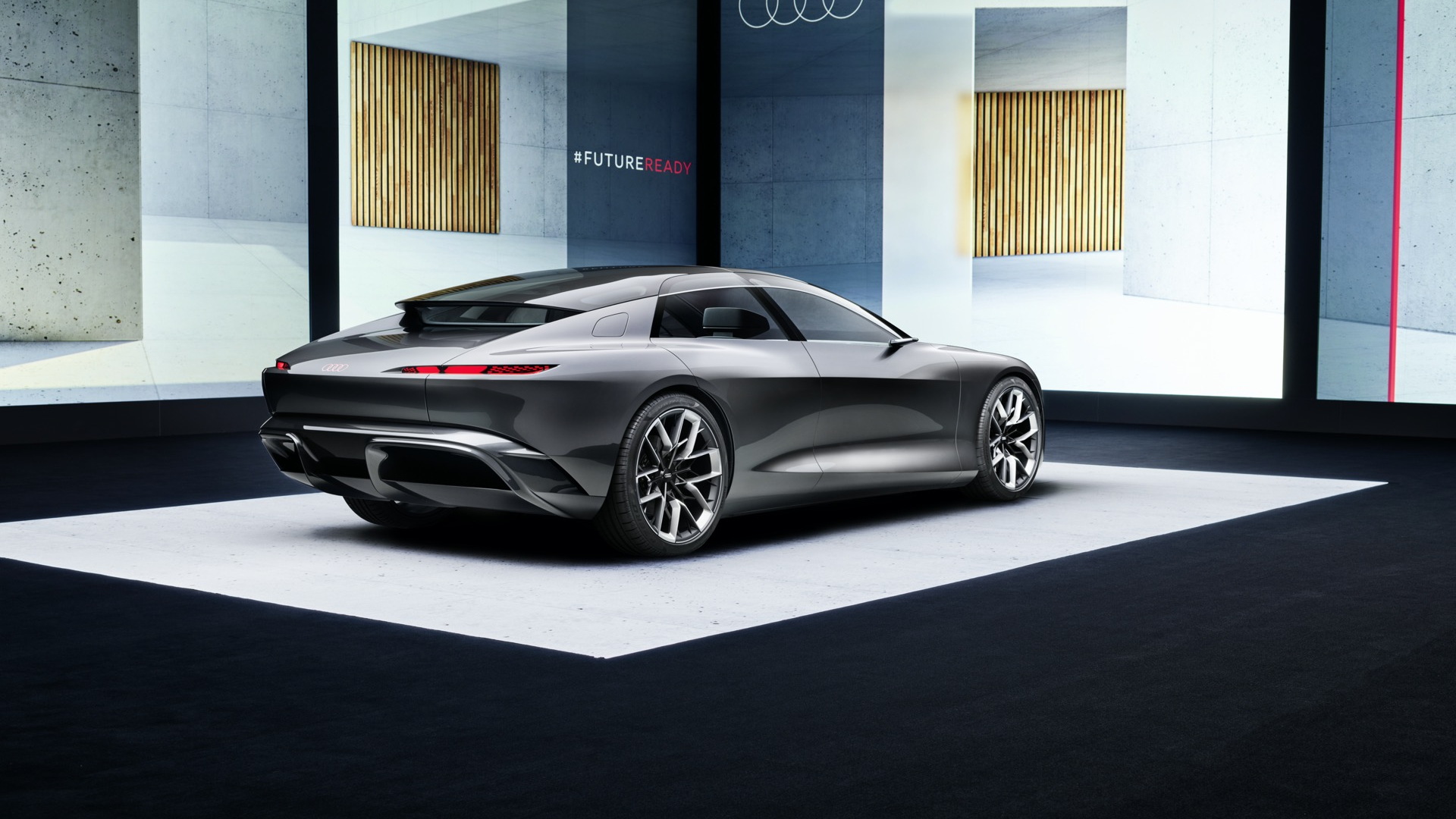 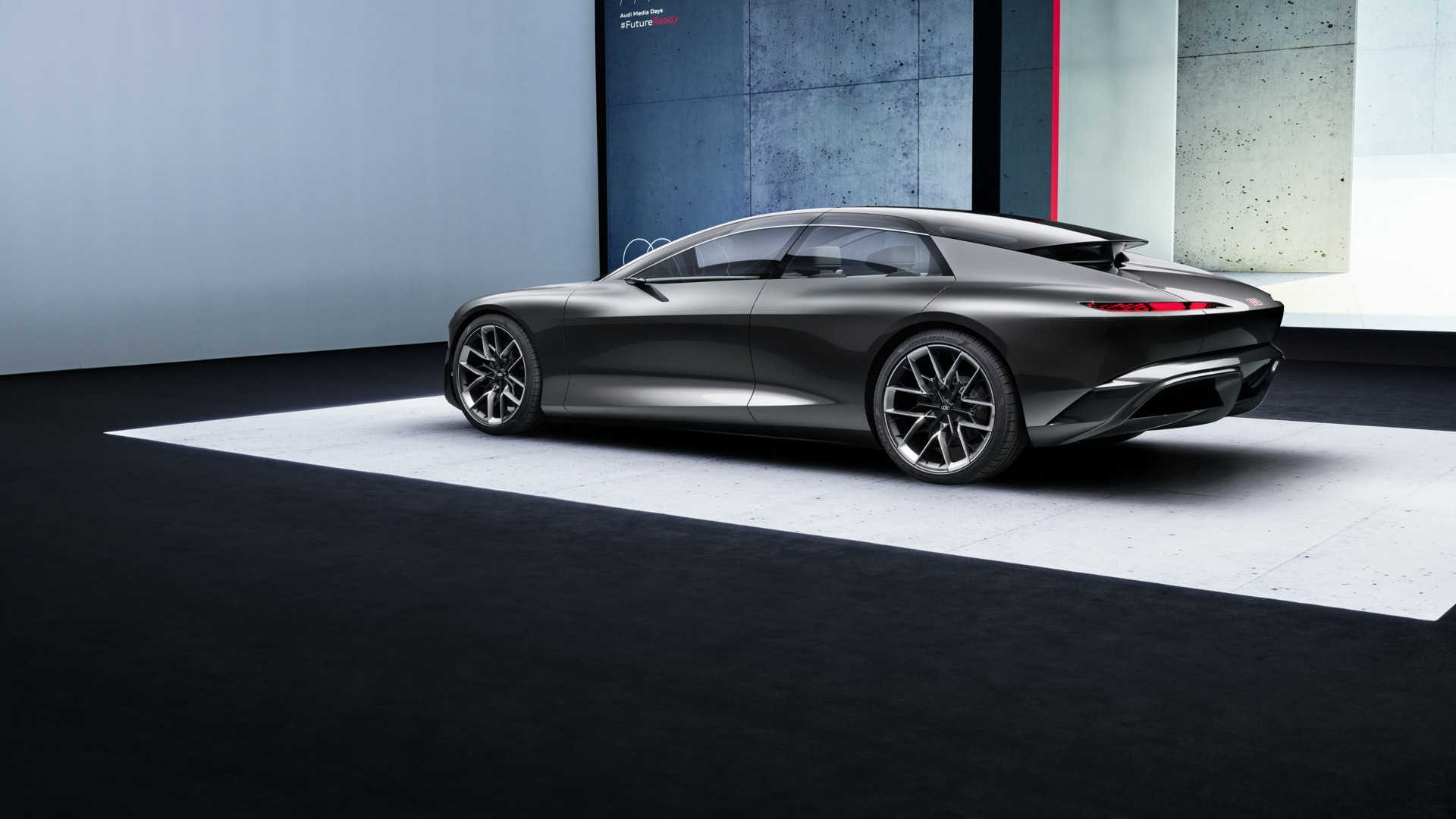 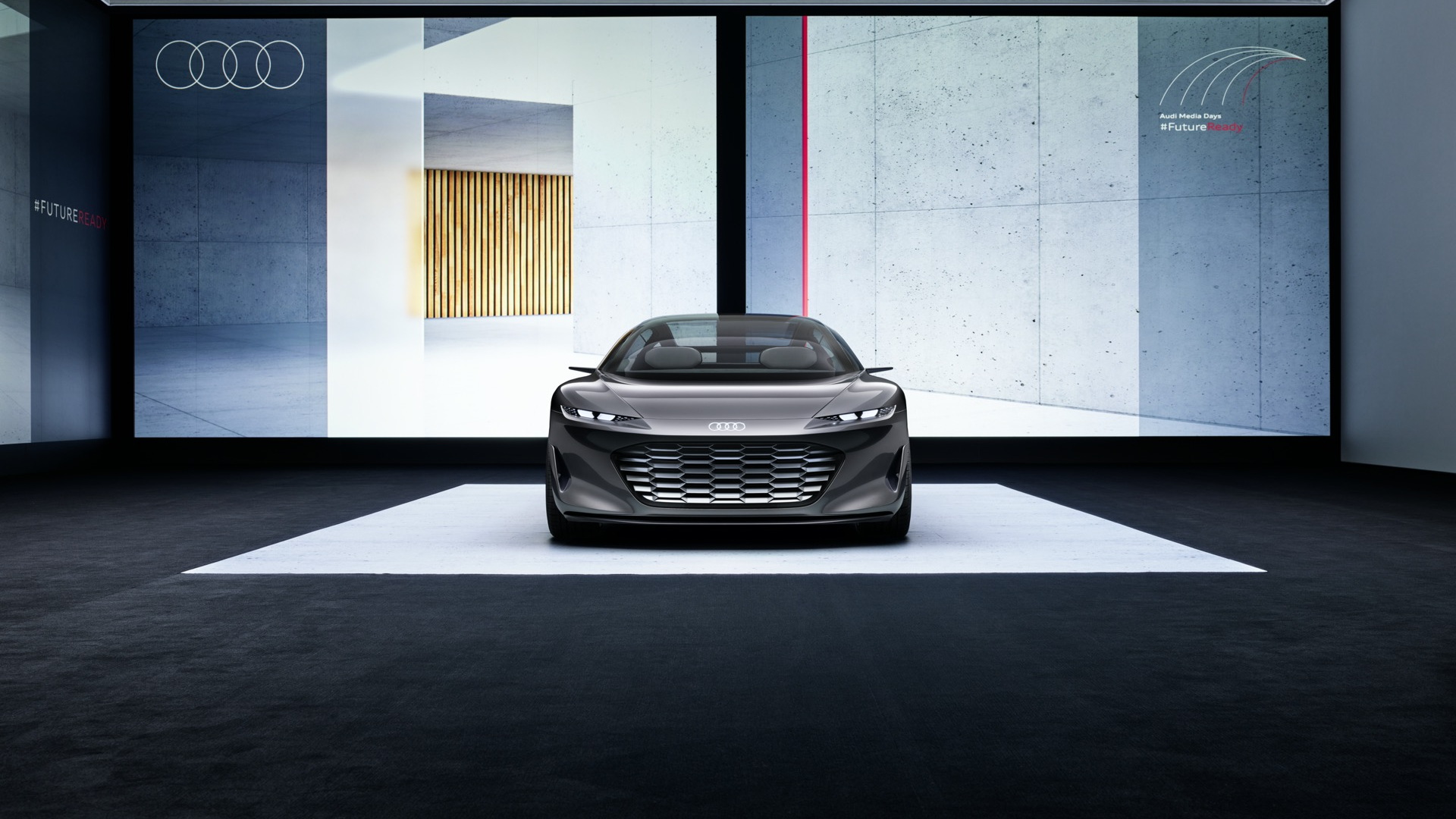 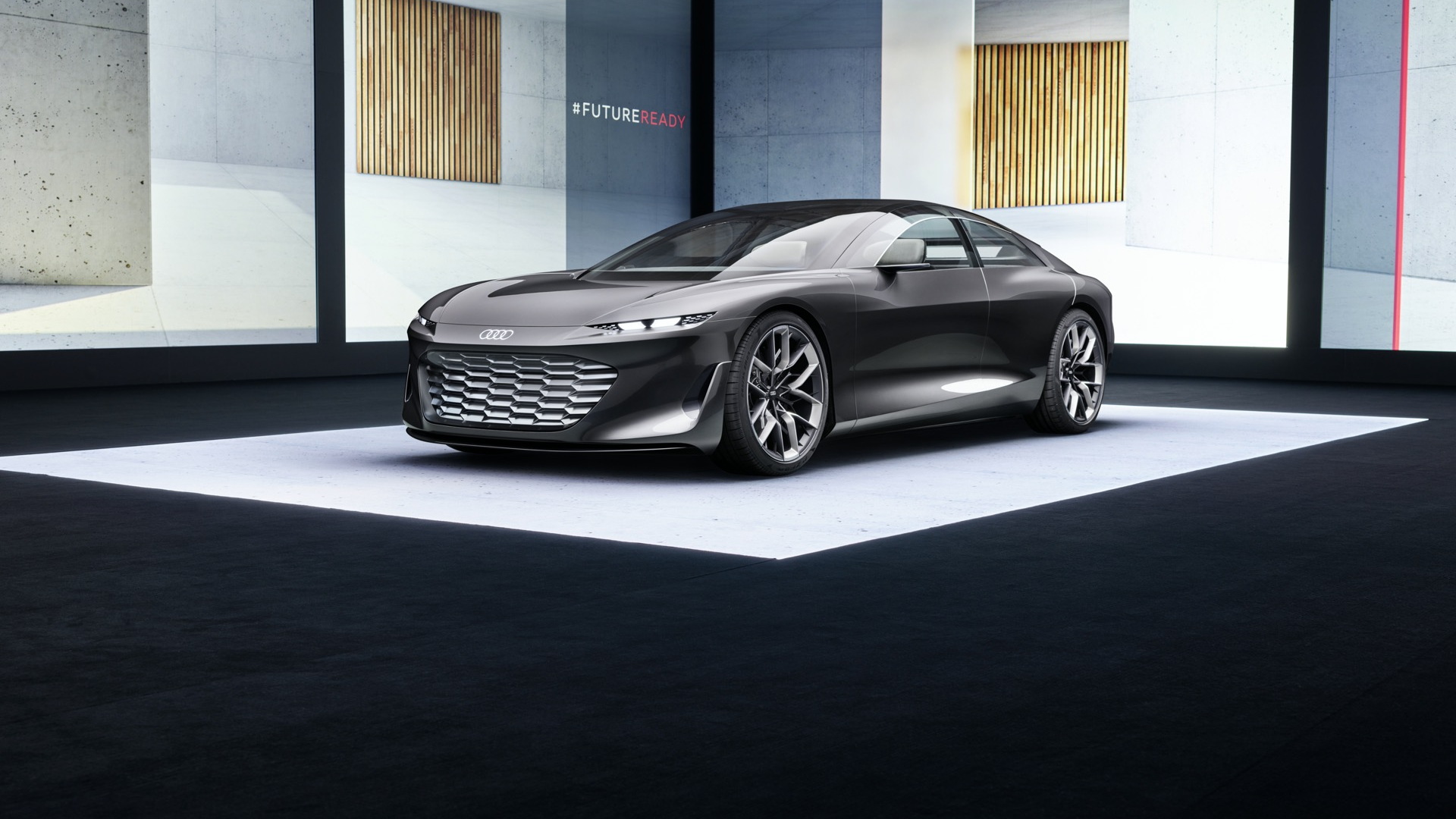 Audi on Thursday revealed the Grandsphere concept to provide a glimpse of what electric luxury sedans from the brand might look like later in the decade. It's the second of three “sphere” concepts.

The Grandsphere follows the Transformers-like Skysphere grand-touring car, which debuted last month and offered a vision of a self-driving sports car with a variable wheelbase that could shrink its sprawling dimensions for the city. This one, however is a softer, more interior-focused affair, emphasizing the “private sphere” of future vehicle cabins from the brand, and how the vehicle can maximize space but still be alluring and different.

In the Grandsphere, Audi sees a future in which Level 4 automated driving—in which the vehicle completely takes over driving in certain conditions—allows the steering wheel, pedals, and displays to retract to the background, transforming the cabin into something more like the experience of a first-class flight cabin.

Thus, Audi says it has changed its priorities with the Grandsphere. The drive system and handling are no longer the top priorities. Instead, by applying the flexibilities of a dedicated electric vehicle platform, Audi has pushed the cabin semi-spherically outward to afford a lot of occupant space and an open feel, combined with a “holistic digital ecosystem.”

That doesn't mean Audi didn't also concentrate on a sexy exterior, which was penned by Amar Vaya shows.

The Grandsphere actually have an overtly cab-forward design like so many other cars built on dedicated electric platforms. But as Vaya suggested to Motor Authority, the proportions evoke the look of long-hood cars without wasting that space.

The car is about 211 inches long by 79 inches wide and 55 inches high, and it rides a 126-inch wheelbase that's even longer than that of the current A8L.

On the outside, the Grandsphere looks flush and tightly sculpted, with a deceptively drawn-back appearance. There aren’t striking contrasts in it, though the huge 23-inch wheels recall the 1990s Audi Avus concept and Bauhaus design, and a flat hexagon grille shows an evolution of the brand identity from the front. The headlights are like no other; they look like focused eyes, with specially created light units intersecting at a “pupil” on each side.

The doors open at the midline, with rear-hinged rear doors, and a welcome system identifies the passengers and sets up the seats and climate settings for them. The infotainment system also resumes whatever those passengers might have used most recently.

Audi points out that the lines throughout the cabin are “emphatically horizontal,” with the design aiming to feel open, especially when the steering wheel and pedals are stowed away. Audi has omitted leather from the interior, opting instead for recycled materials. There’s an onboard cooler, with two glasses and a bottle, emphasizing that this is a lounge perhaps more than a driver’s seat.

The interface uses CinemaScope screen surfaces, allowing the cabin to go dark when desired. When driving, a rotary ring allows users to click through function menus. Audi notes the use of gesture and voice control, handwritten input, and touch, depending on preferences. Once Level 4 driving is engaged, the reclined driver need only make hand motions to use the infotainment system.

Even though it’s a spacious sedan, the Grandsphere prioritizes the front seats. Audi describes it as a 2+2, with the front seats designed for “first class comfort and space,” while the back offers options including a two-person bench with integral armrest.

The Grandsphere is built on Audi’s Premium Platform Electric, or PPE, and has a flat 120-kwh battery pack under the floor.  With dual electric motors, it delivers a total output of 711 hp and 708 lb-ft of torque. Its 800-volt electrical architecture allows 270-kw charging, which allows about 186 miles of range to be restored in just 10 minutes, or a boost from 5 to 80 percent in less than 25 minutes,according to Audi. Audi suggests a range of more than 466 miles, although that’s likely to the European WLTP standard and this is strictly a concept car. Acceleration to 62 mph takes just over four seconds.

Like the A6 E-Tron concept that also used the PPE platform, Audi affirms there will be a five-link front axle optimized for EVs, with a multi-link aluminum rear axle in back, plus steerable rear wheels. A single-chamber air suspension is matched up with individually adjustable adaptive dampers as part of an active suspension.

The Grandsphere offers an autonomous mode in which it would pick up its passengers, drop them off, and independently handle parking as well as charging—which is likely a nod toward inductive wireless charging tech.

If Audi’s hinting at one consistent thing with the Skysphere and now the Grandsphere—with the Urbansphere yet to come—it’s that the future will be variable, flexible, and leave buyers with many possibilities.