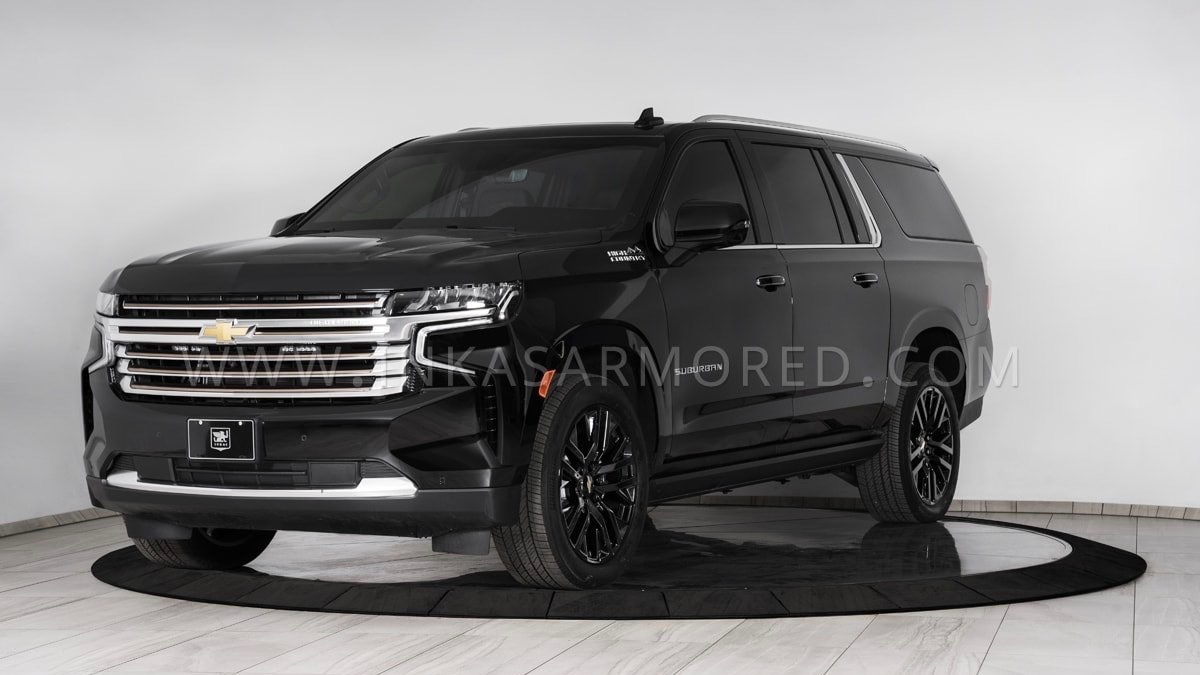 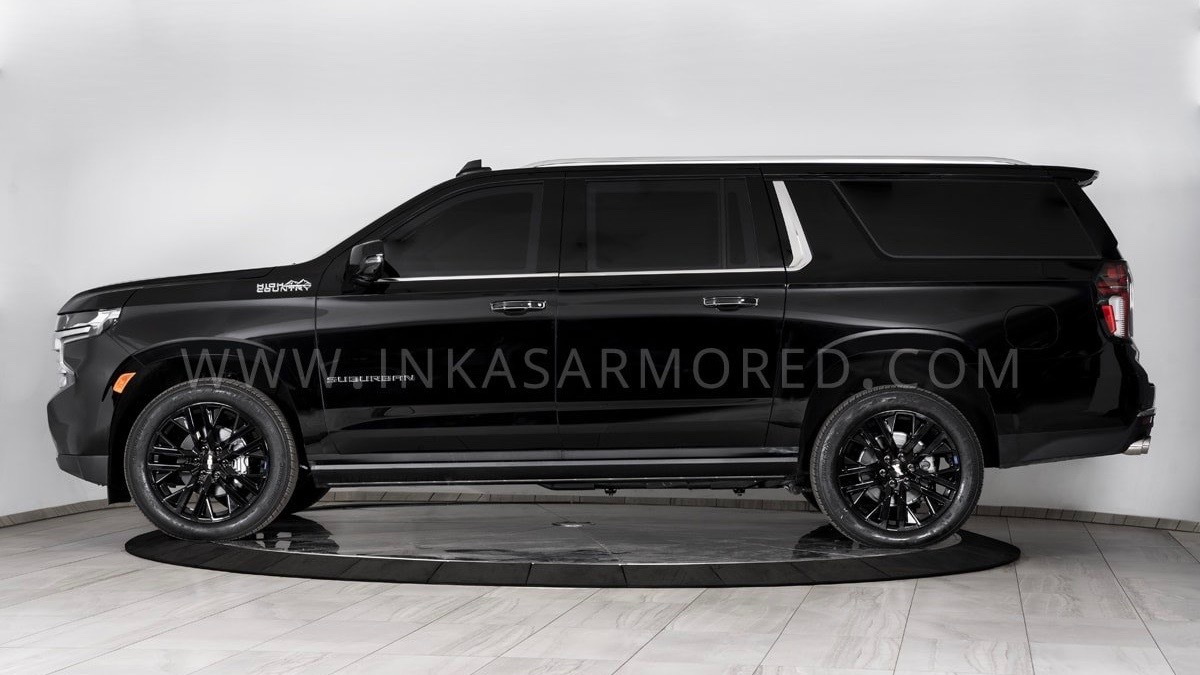 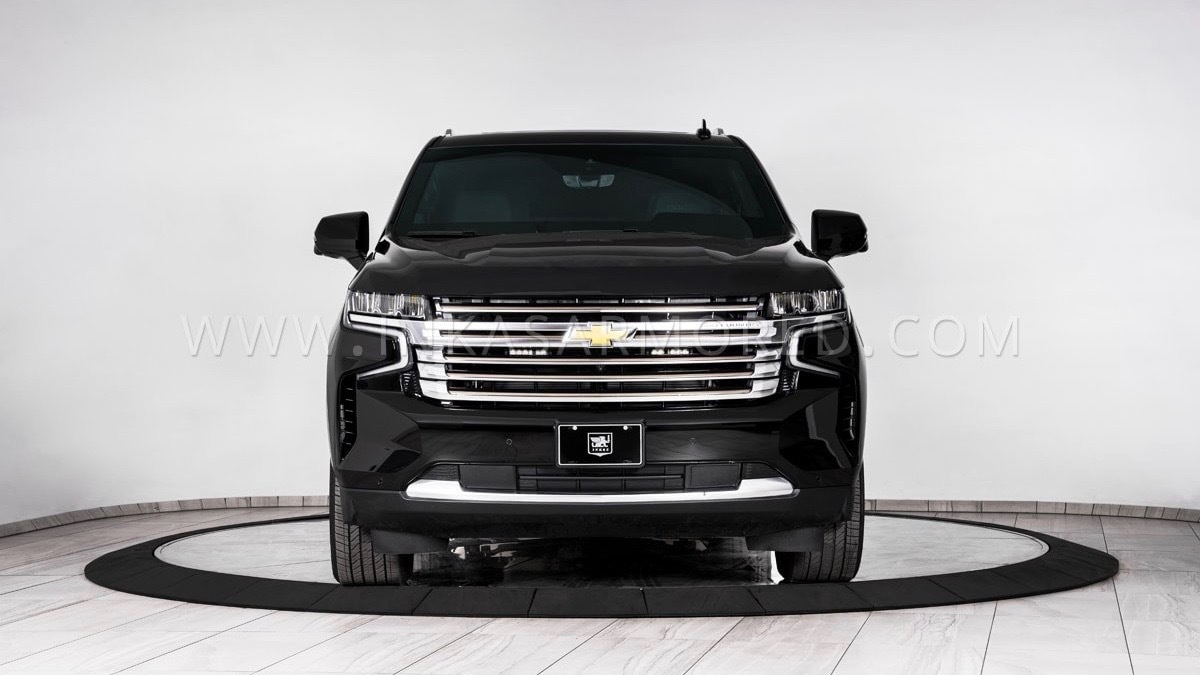 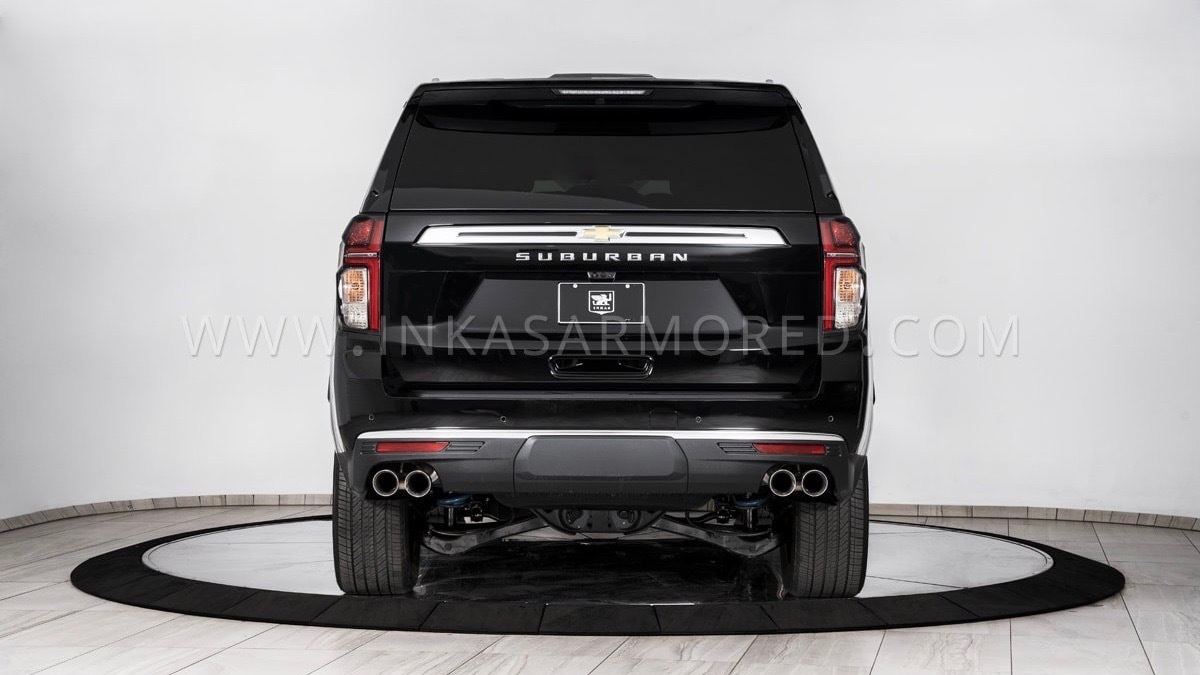 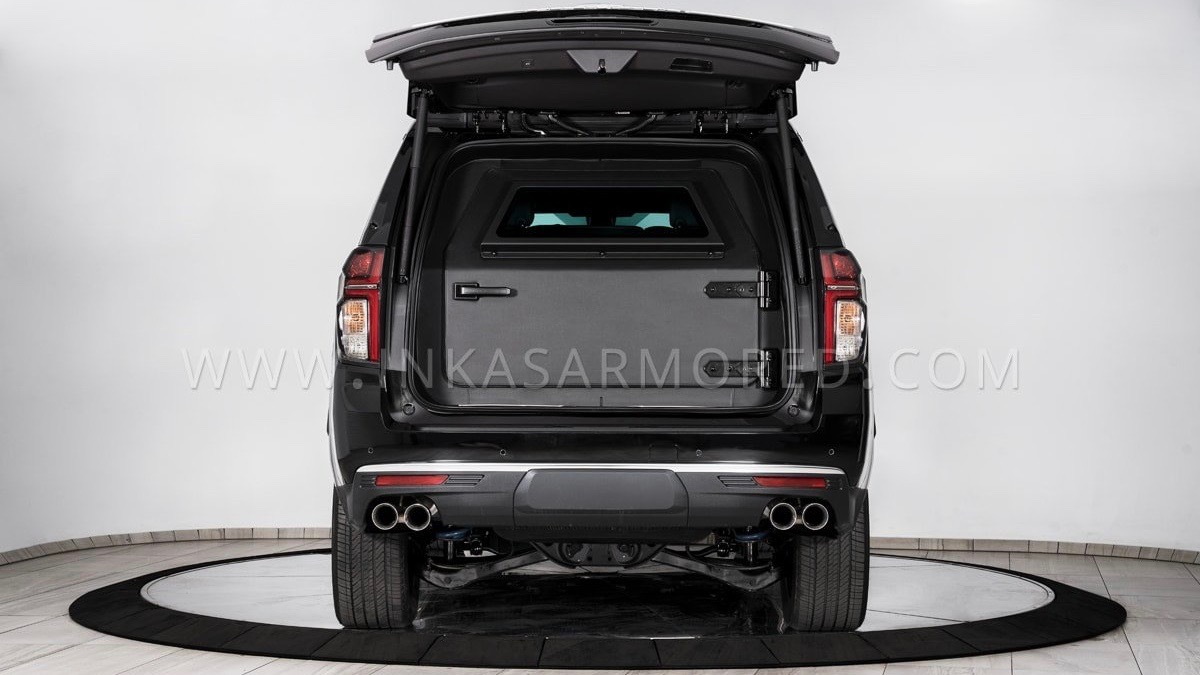 Canadian firm Inkas has built armored versions of full-size luxury SUVs like the BMW X7 and Lincoln Navigator, but this time it's going for something a little less elitist. If the route to soccer practice involves traversing an active battlefield, this armored 2021 Chevrolet Suburban is for you.

The Suburban is a common choice for armored vehicles because of its size, towing and off-road capability, and stout truck-based platform, Inkas noted on its website. It's also popular with government agencies, as any spy movie or broadcast of a presidential motorcade will tell you.

The armored Suburban looks largely stock on the outside, right down to the "High Country" badging of this upper-level model. Open the doors, though, and you'll find thick ballistic-glass windows, reinforced door hinges and other key structural points, and an armored bulkhead at the back. The battery and electronic control module are also protected, and the big SUV rides on run-flat tires.

Inkas retained creature comforts like a Bose audio system, as well as seating for seven, and the company offers plenty of security and luxury-based options, including a light-weight armoring package, emergency lights, a siren/PA/intercom system, a fire-suppression system, and heavy duty wheels and brakes. Inkas also recommends an "executive interior package" that includes a separating bulkhead between driver and rear seats, a full-size LED screen, a bar, and a premium sound system. That should make quite an impression on school runs.

Because this is a Suburban High Country model, it gets a 6.2-liter V-8 producing 420 hp and 460 lb-ft of torque (or a 277-hp turbodiesel 3.0-liter V-6, either with a 10-speed automatic transmission. While the armor likely adds a lot of weight (Inkas doesn't quote a curb weight), output is unchanged from stock. Inkas did give the Suburban reinforced suspension, though.

Inkas doesn't give a price for its super safe Suburban, but interested dignitaries can get a quote on the company's website.

If a Suburban is too low key for you, Inkas has armored many luxury SUVs, and even built an armored Mercedes-Benz G-Class limo. Inkas also offers an armored version of the Suburban's Cadillac Escalade cousin (albeit the previous generation), as well as the Chevy Tahoe.