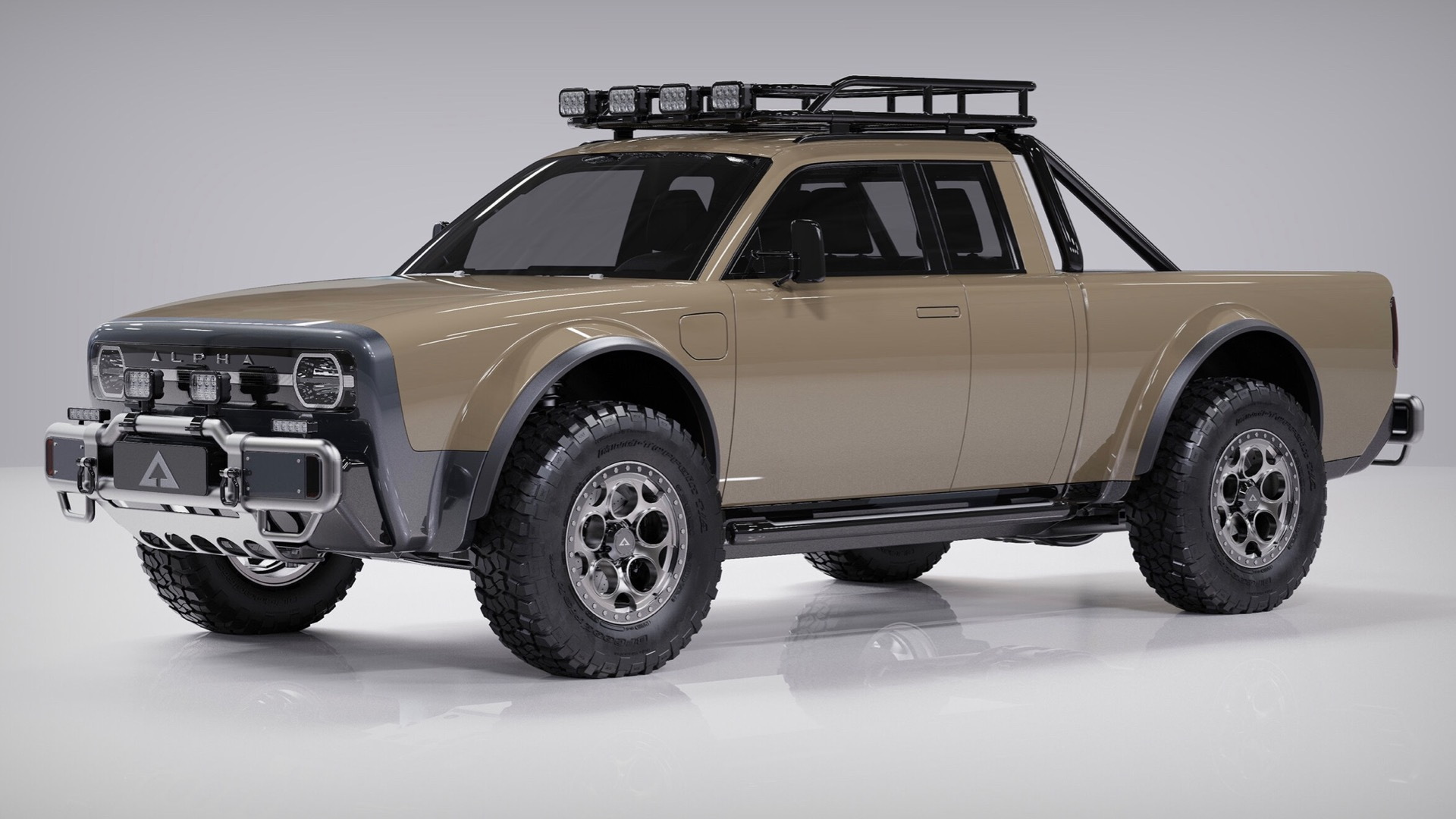 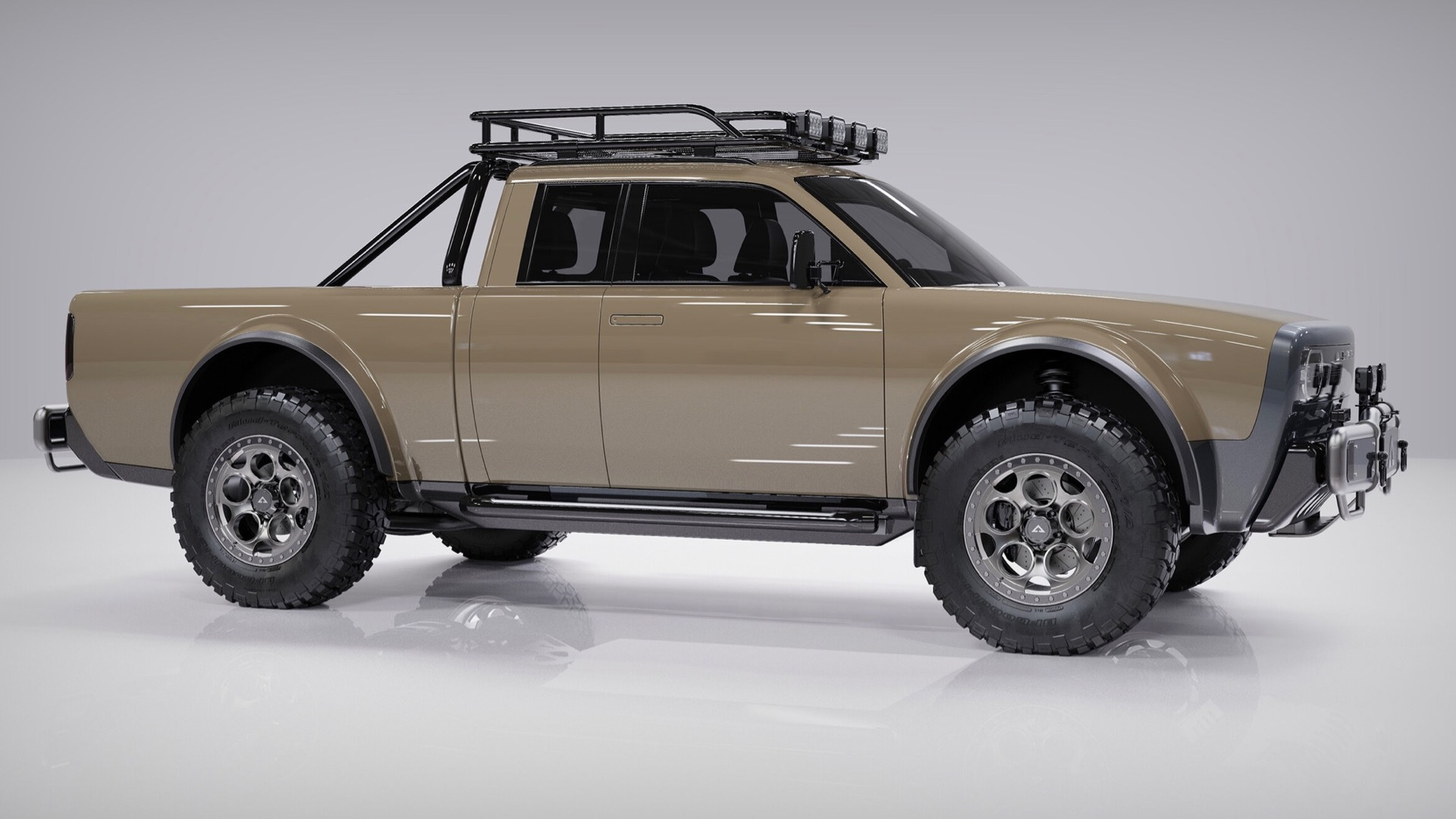 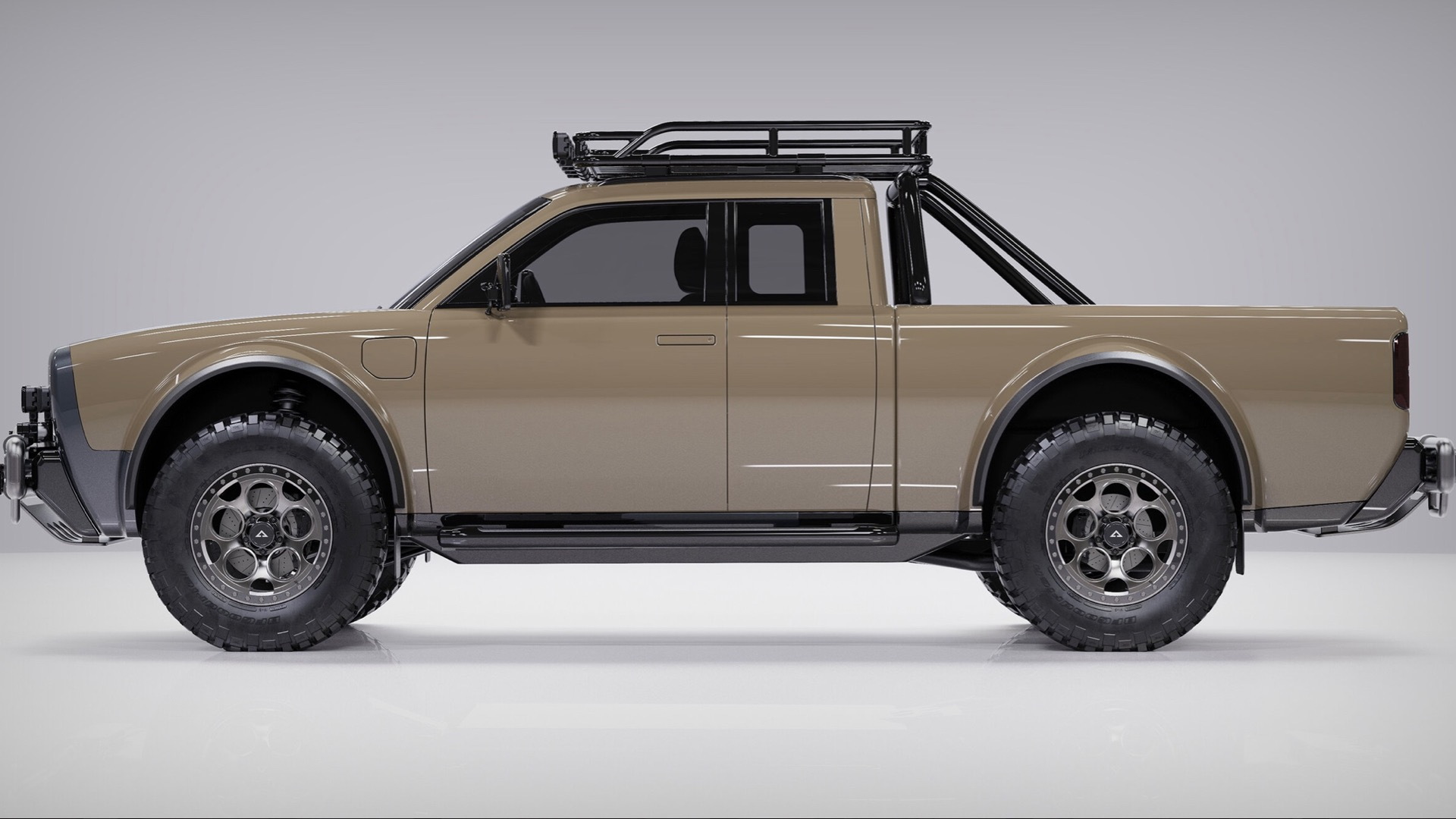 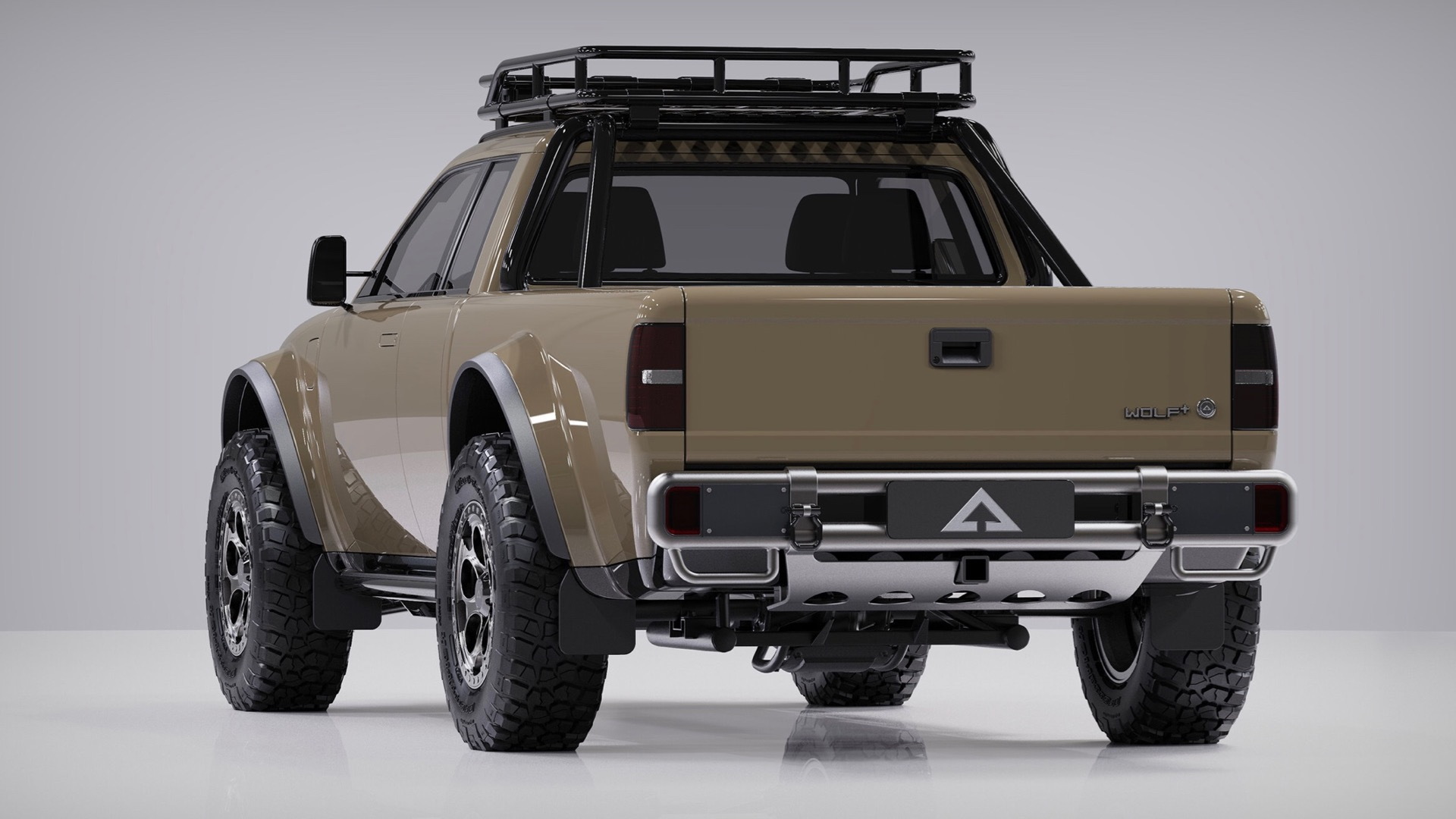 The Hyundai Santa Cruz shows that at least one established automaker is committed to building a truly compact pickup truck, but startup Alpha Motors is developing its own, all-electric competitor. The Alpha Wolf hasn't started production yet, but the company has already unveiled a second version.

The Alpha Wolf+ gets a larger cab than the standard version unveiled last month, as well as a boost in performance and towing capacity.

While the standard Wolf has a two-door cab with seating for two, the Wolf+ has an extended cab with rear-hinged half doors, and seating for four. It will be available with single-motor rear-wheel drive, or dual-motor all-wheel drive, according to Alpha's website.

Images on Alpha's website also show the Wolf+ decked out in accessories, including a roof rack, bed extender, and fold-out tent. The truck also has a large "frunk," but the compact design doesn't leave room for the side pass-throughs Rivian uses to house a camp kitchen.

In addition to the Wolf and Wolf+, Alpha has shown the Ace coupe and a more SUV-like version of that model called the Jax. The company is currently taking reservations, but doesn't expect to start deliveries until 2023.

Several companies are looking to launch electric pickups, but only Canoo has shown something close in size to the Wolf. Other contenders, such as the Tesla Cybertruck, GMC Hummer EV, and Rivian R1T, are somewhat larger. It's worth noting, however, that Alpha hasn't shown any working prototypes or detailed plans for a factory, so a healthy dose of skepticism might be in order.