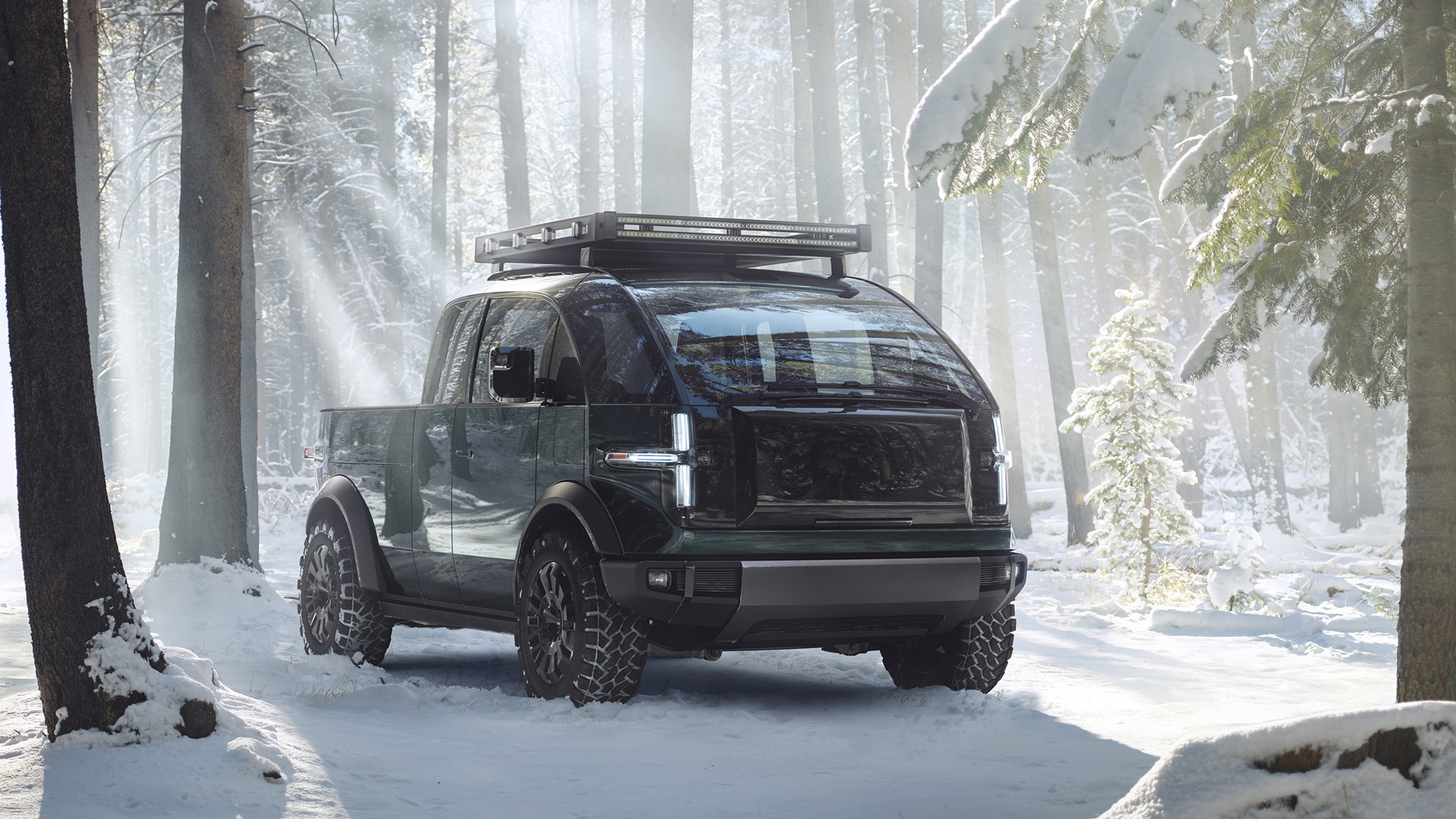 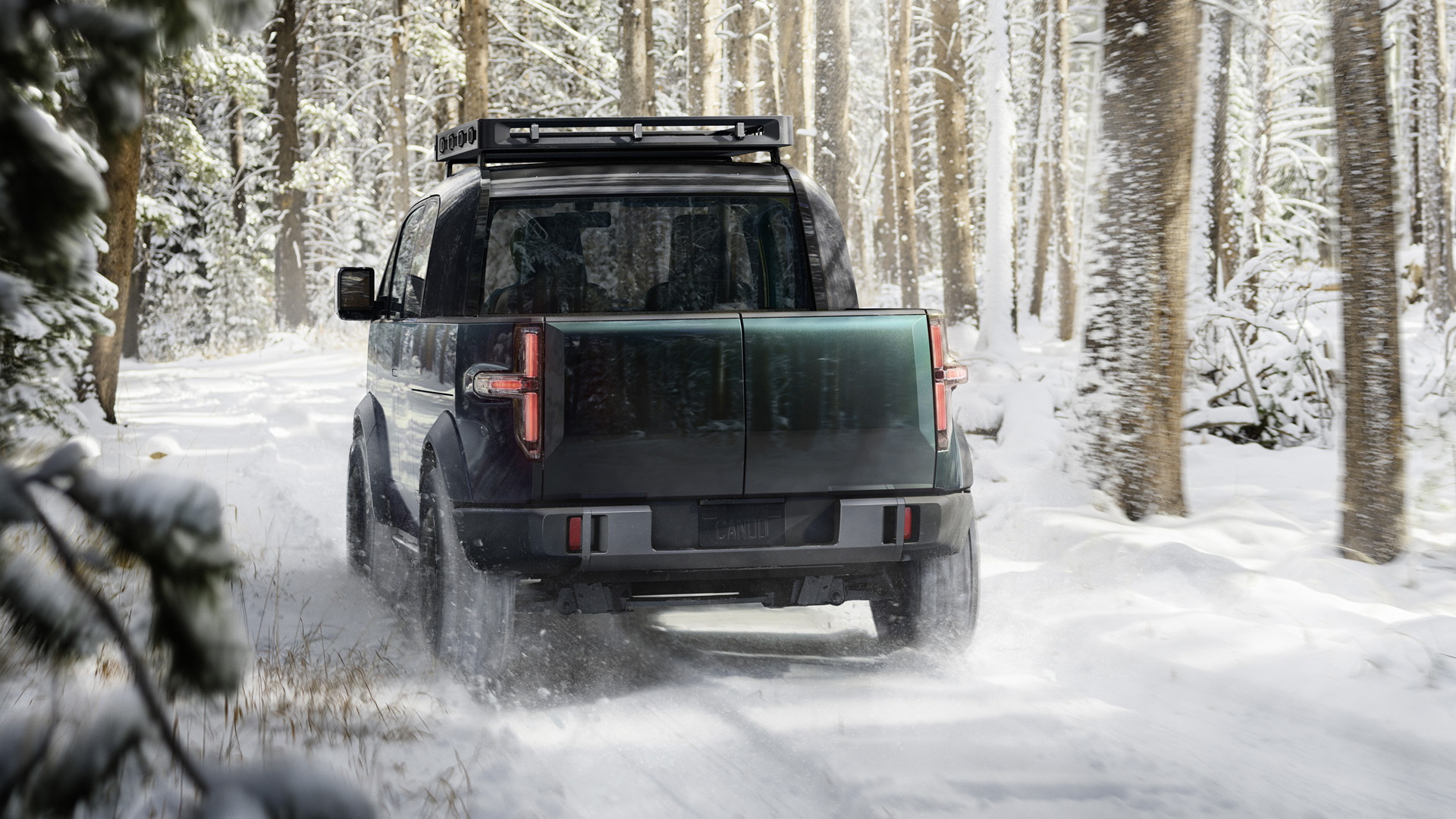 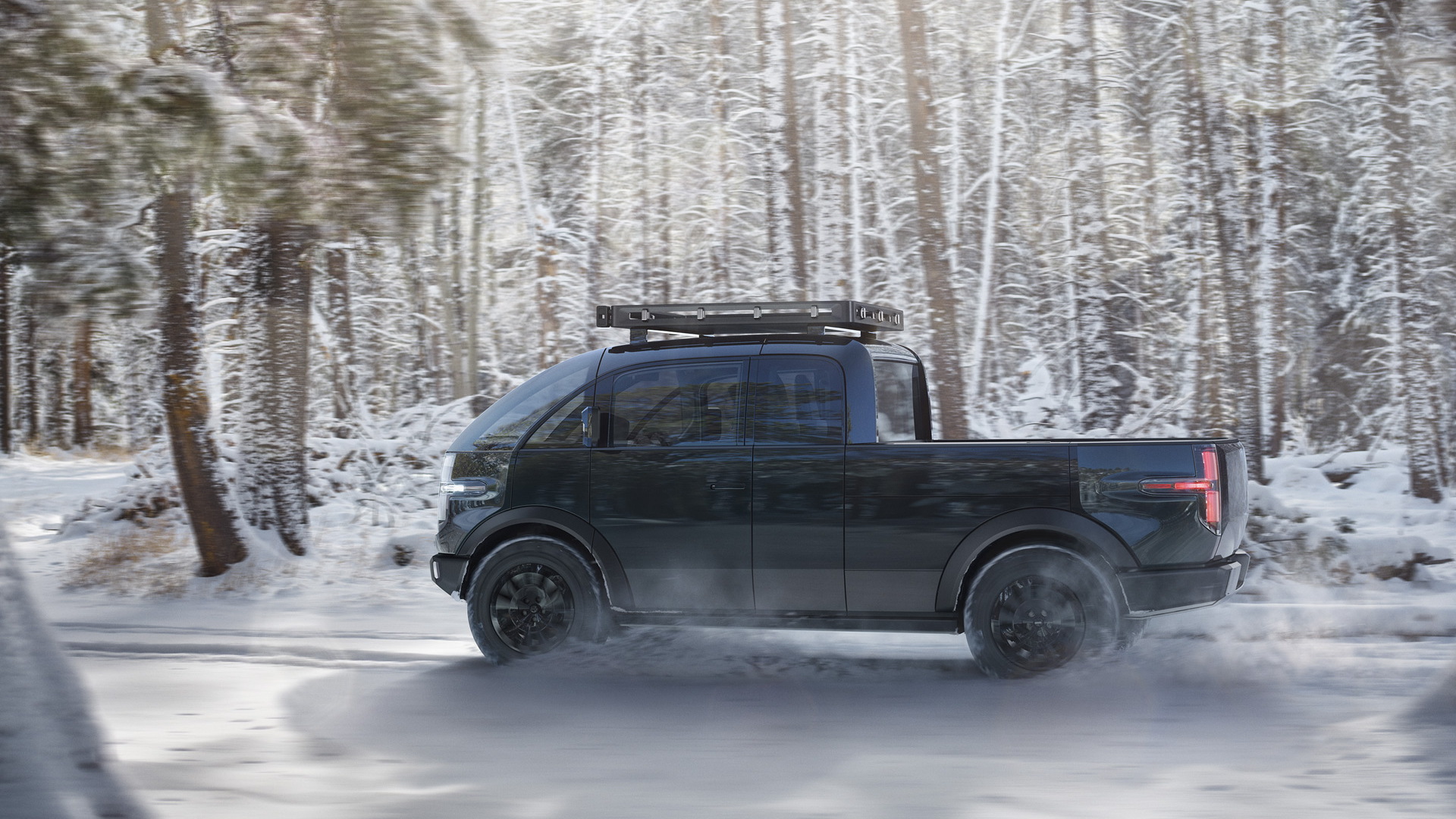 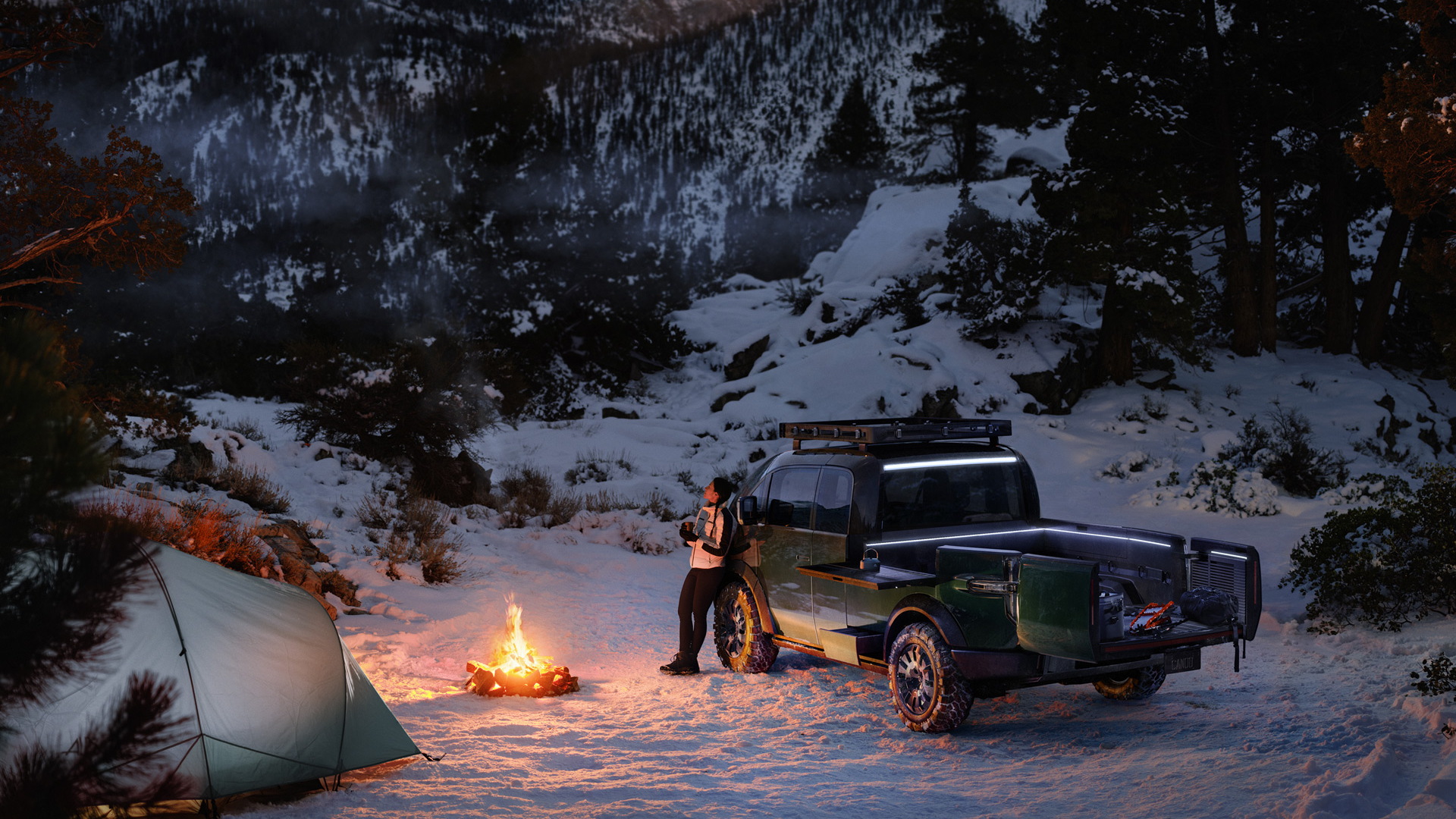 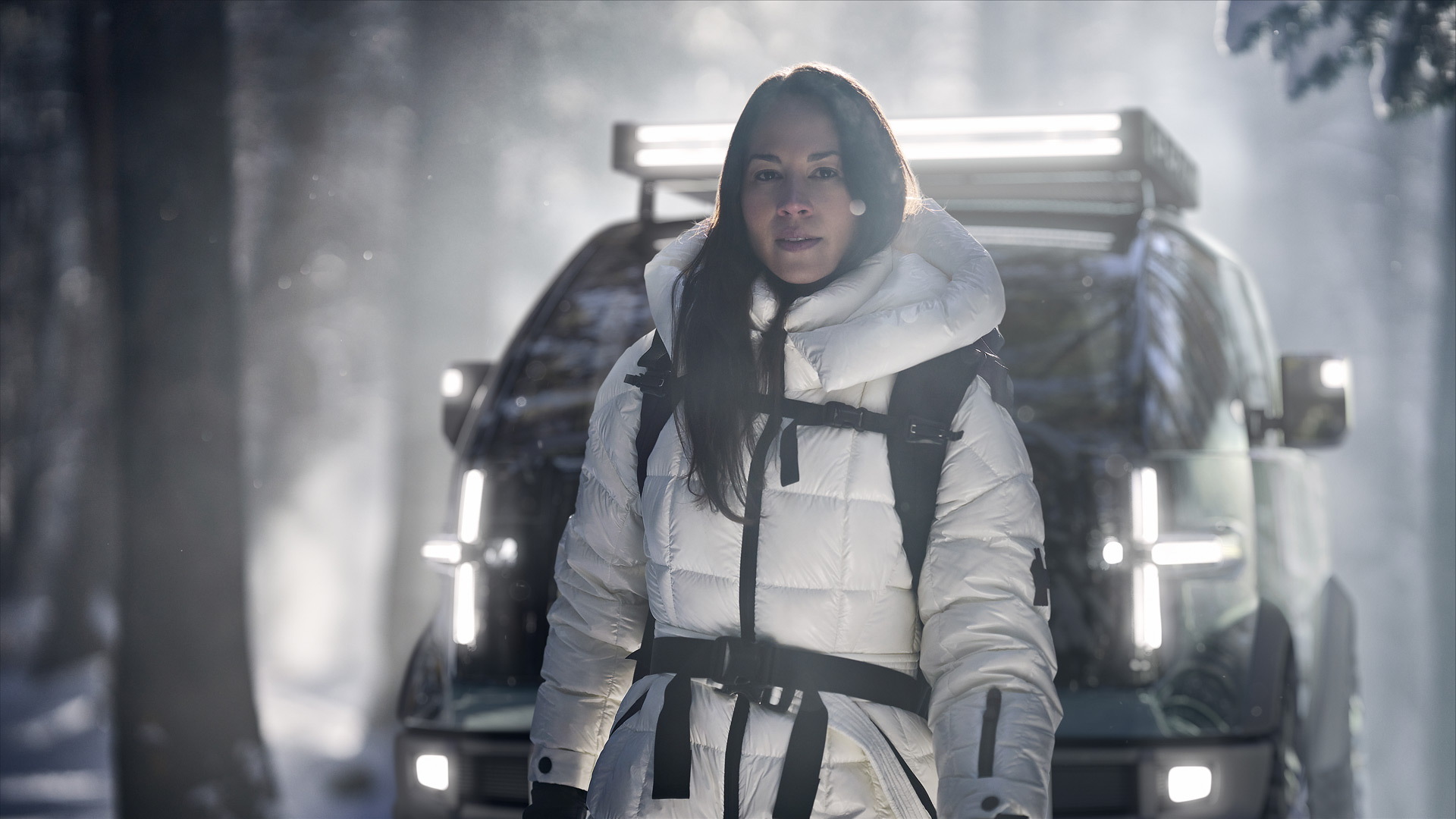 The electric pickup battle has a new challenger in the form of Canoo which late on Wednesday unveiled a flexible pickup truck offering up to 600 hp.

Canoo is an electric-vehicle startup with a modular platform in the familiar skateboard form, but with by-wire steering. The company, which went public last December via a SPAC deal, has previously shown its platform in a minivan and a delivery van.

The pickup truck looks to be the most ambitious yet. The vehicle sports a non-conventional design, though it's nowhere as radical as the Tesla Cybertruck shown in 2019. It's non-conventional in that the cab has been moved forward, since there's no engine taking up space, and this has resulted in more space for the bed.

The smart packaging means the relatively small pickup, which has no name by the way, measures just 184 inches long but has a bed that's 72 inches long. This isn't bad on its own but a 30-inch extension makes the bed about the length of a full-size truck bed—and secondary lamps in back make it usable with that extension.

The bed's depth is 21 inches and the vehicle's maximum payload is 1,800 pounds. The truck also features a tow hitch receiver but Canoo hasn't mentioned a towing capacity. There are also metal skid plates and fog lights in case you want to head off-road, in which case you'll also be able to order a rear canopy and roof racks on which you could mount a tent.

Canoo is light on powertrain details. The company said there will be both rear- and all-wheel-drive configurations, with the latter formed by a dual-motor setup. The most powerful setup will offer about 600 hp and 550 lb-ft of torque.

Range is claimed to be over 200 miles.

Canoo will provide more details closer to the start of pre-orders in the second half of the year. The company plans to start deliveries in early 2023. As for where production will happen, Canoo has previously said it plans to outsource production, but hasn't discussed those details yet.