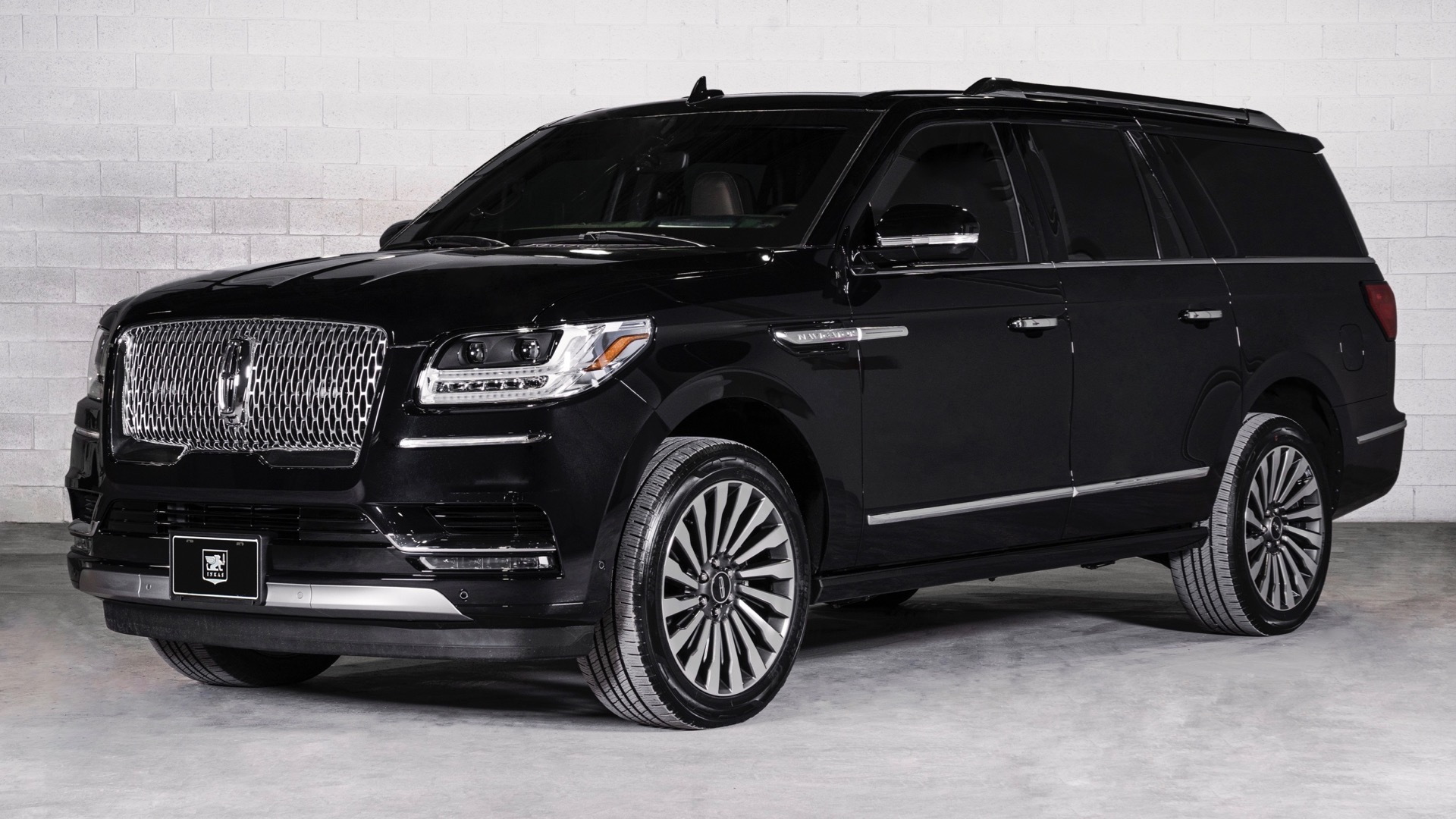 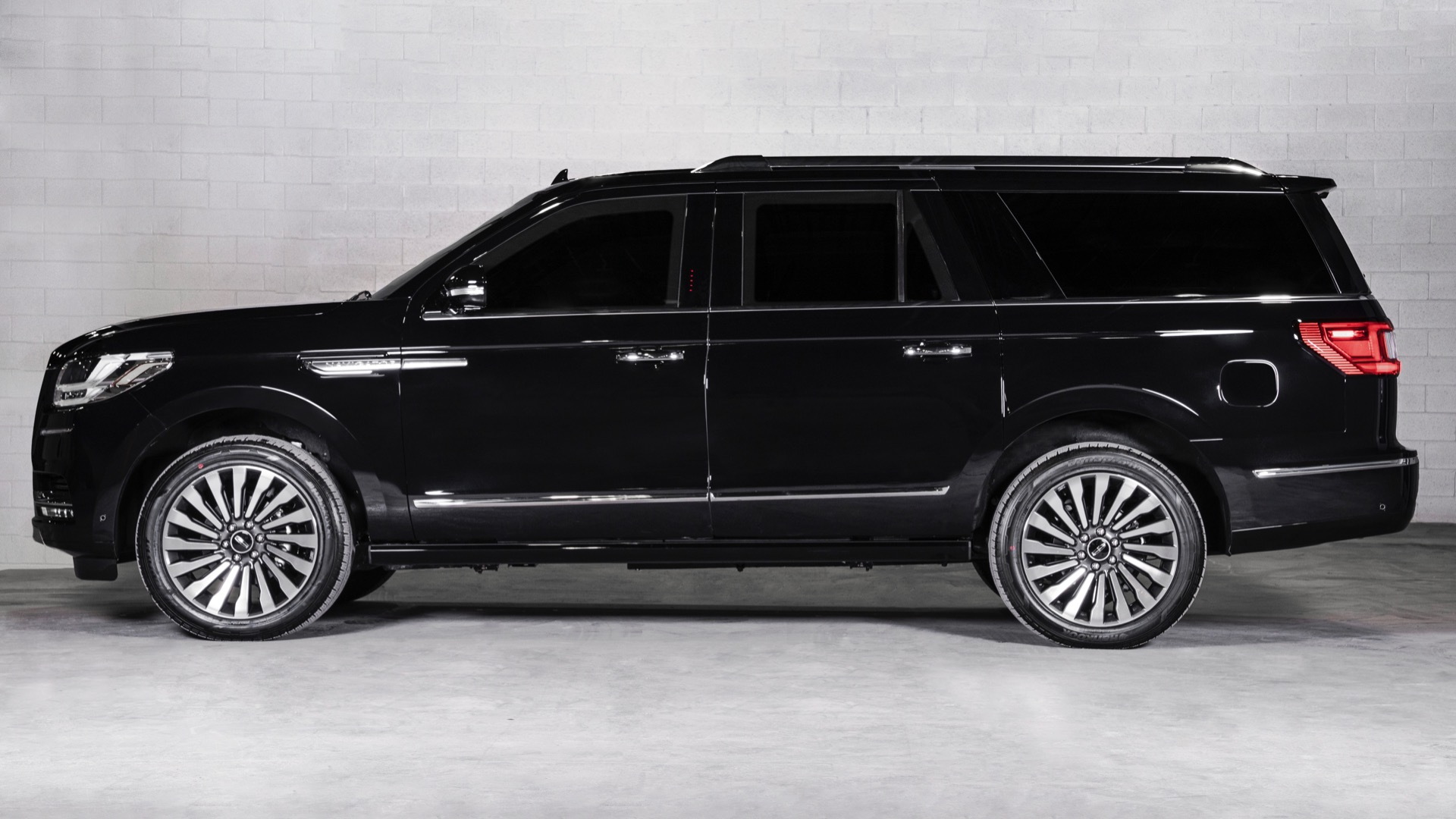 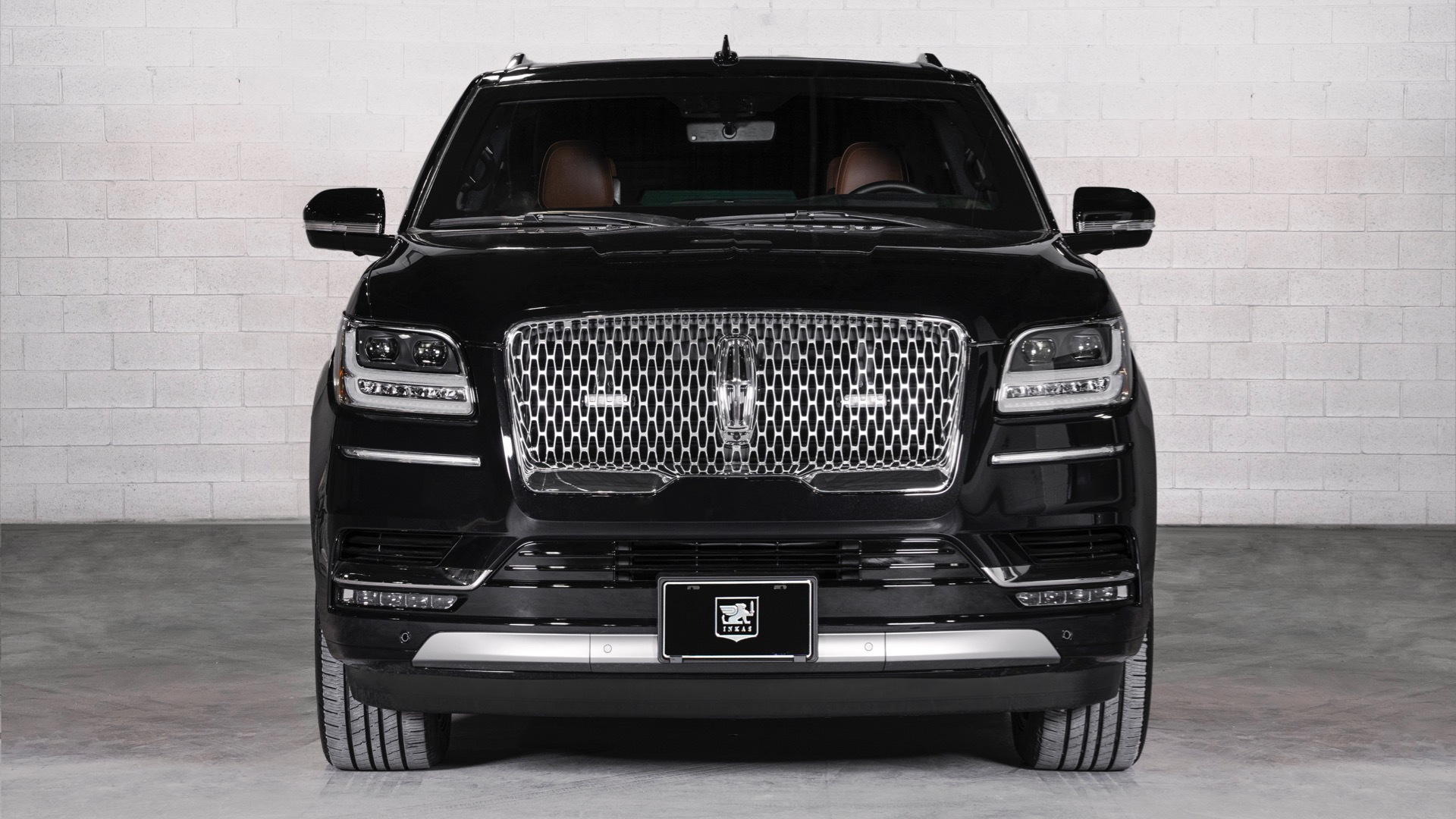 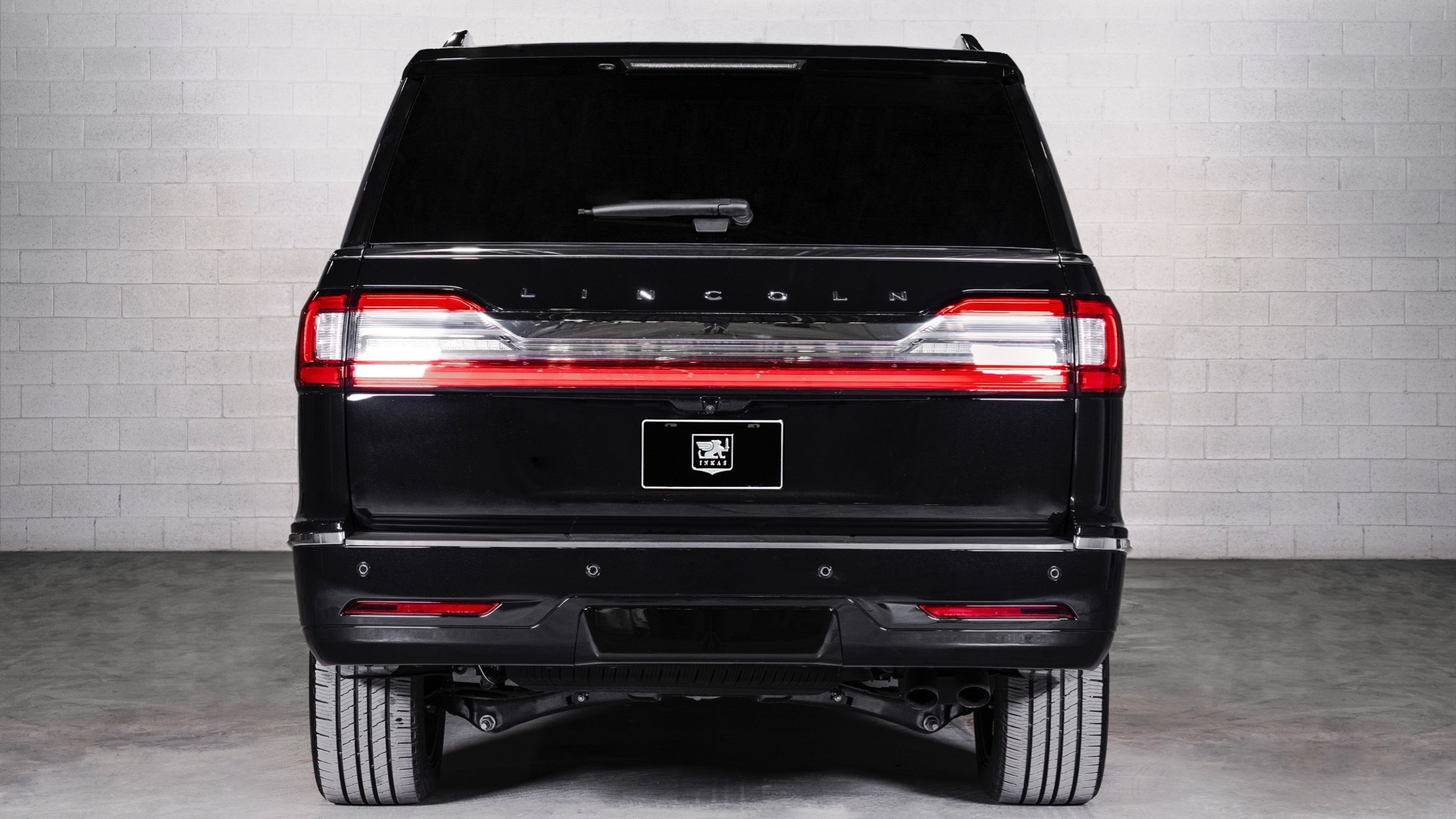 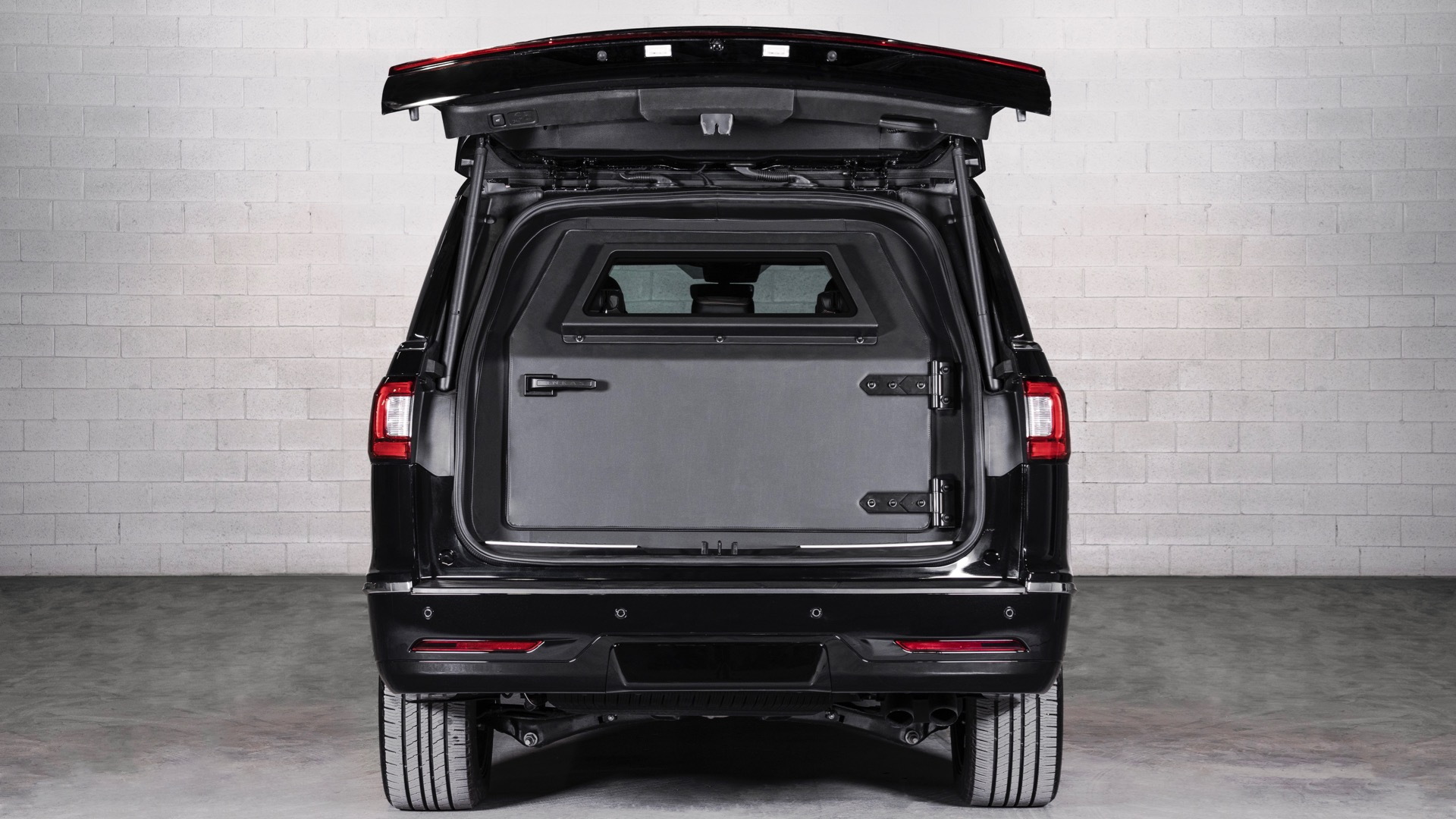 Inkas specializes in turning luxury SUVs into armored vehicles. The Canadian company previously built armored versions of the Cadillac Escalade and Mercedes-Benz G-Class, and now it's turning to the Lincoln Navigator L, the long-wheelbase version of Lincoln's flagship SUV.

The Inkas armored 2020 Lincoln Navigator L can withstand hits from .30 caliber or .308 Winchester FMJ ammunition, as well as blasts from two hand grenades detonated simultaneously, according to the company. (Eds note: We hope it doesn't get that far, really.)

That protection comes courtesy of "full-perimeter ballistic protection of the vehicle's ceiling and floor," and multilayer ballistic glass, according to Inkas. The Navigator also has upgraded suspension, runlet tires, emergency lights, a siren, and a public-address system.

Inkas did not upgrade the powertrain, however. The armored Navigator uses the same 3.5-liter twin-turbo V-6 as the stock version, with the same 450 horsepower and 510 pound-feet of torque. The conversion maintains many of the Navigator's electronic features, including six driving modes, park assist, and autonomous emergency braking. The extra weight of the armor may affect performance, however.

The interior is a luxurious place to hide from gunfire. The second row has power-reclining captain's chairs with massage, heating, and cooling. The armored vehicle also gets a rear-seat entertainment system, as well as the 20-speaker Revel Ultima audio system available from the factory. The SUV is also equipped with illuminated running boards and approach-detection technology, to give its occupants early warning of a potential ambush.

Inkas did not list a price for the armored Navigator, but the company's armored Escalade starts at $300,000, and can top $500,000 when fully customized.