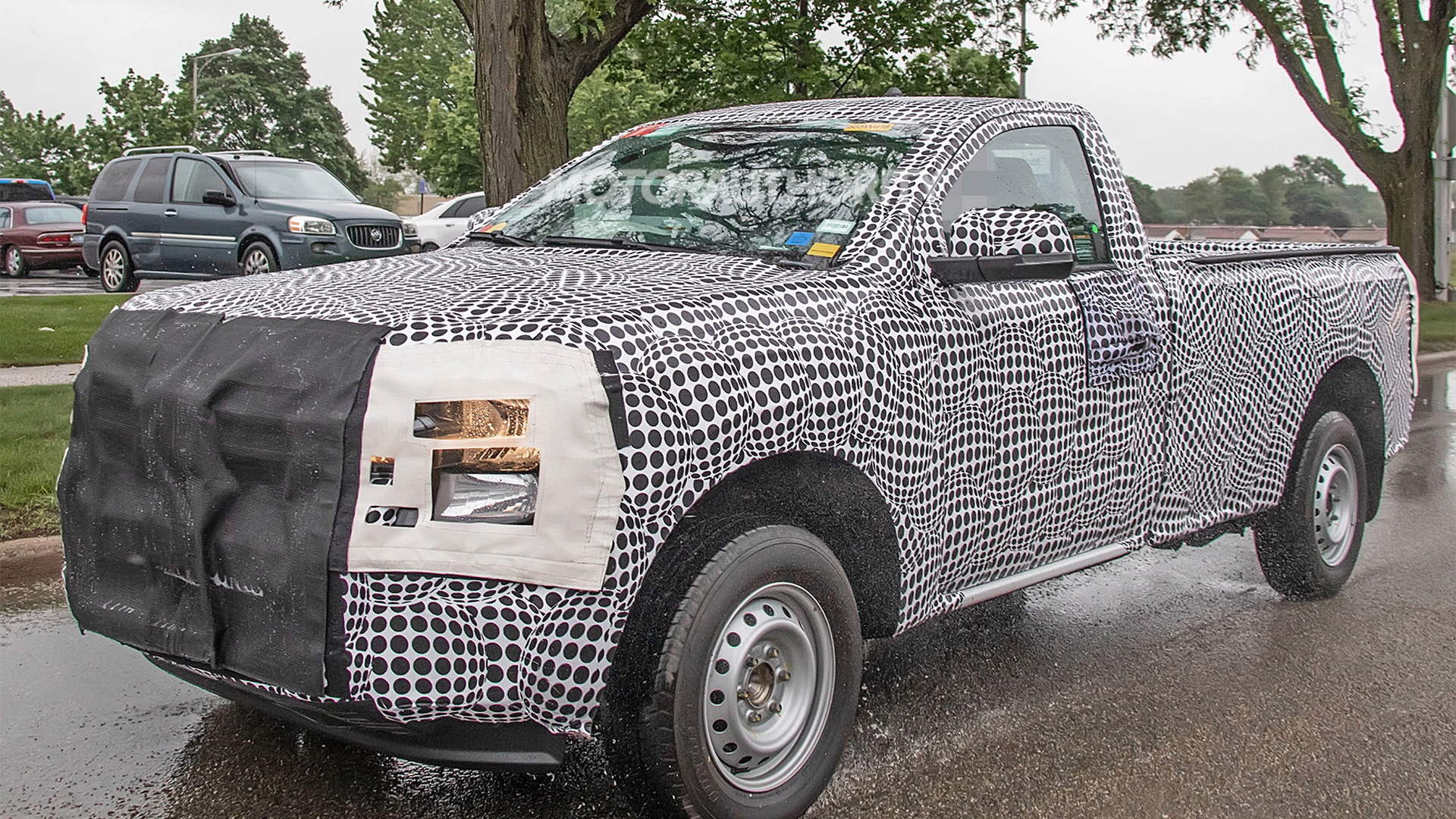 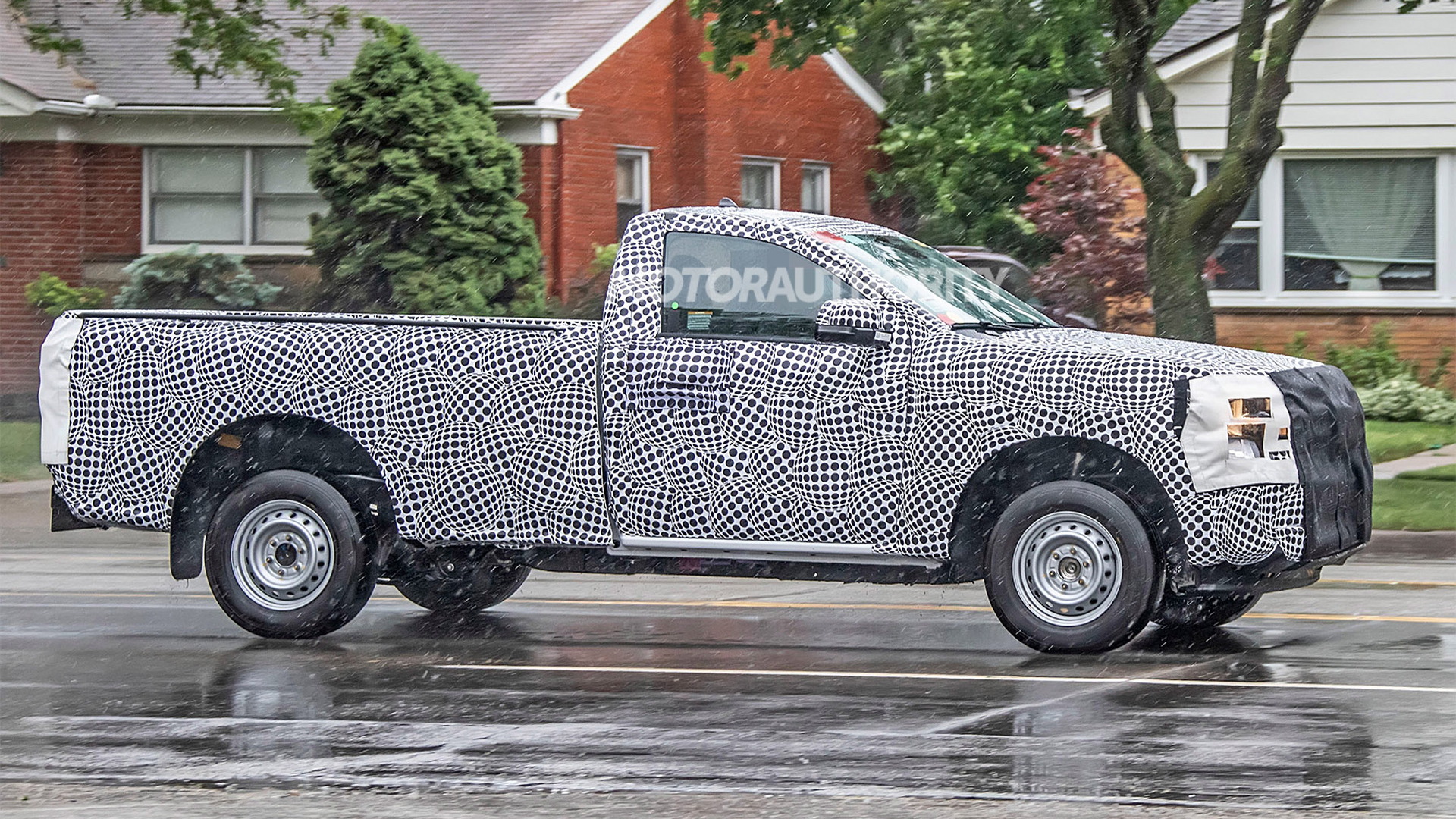 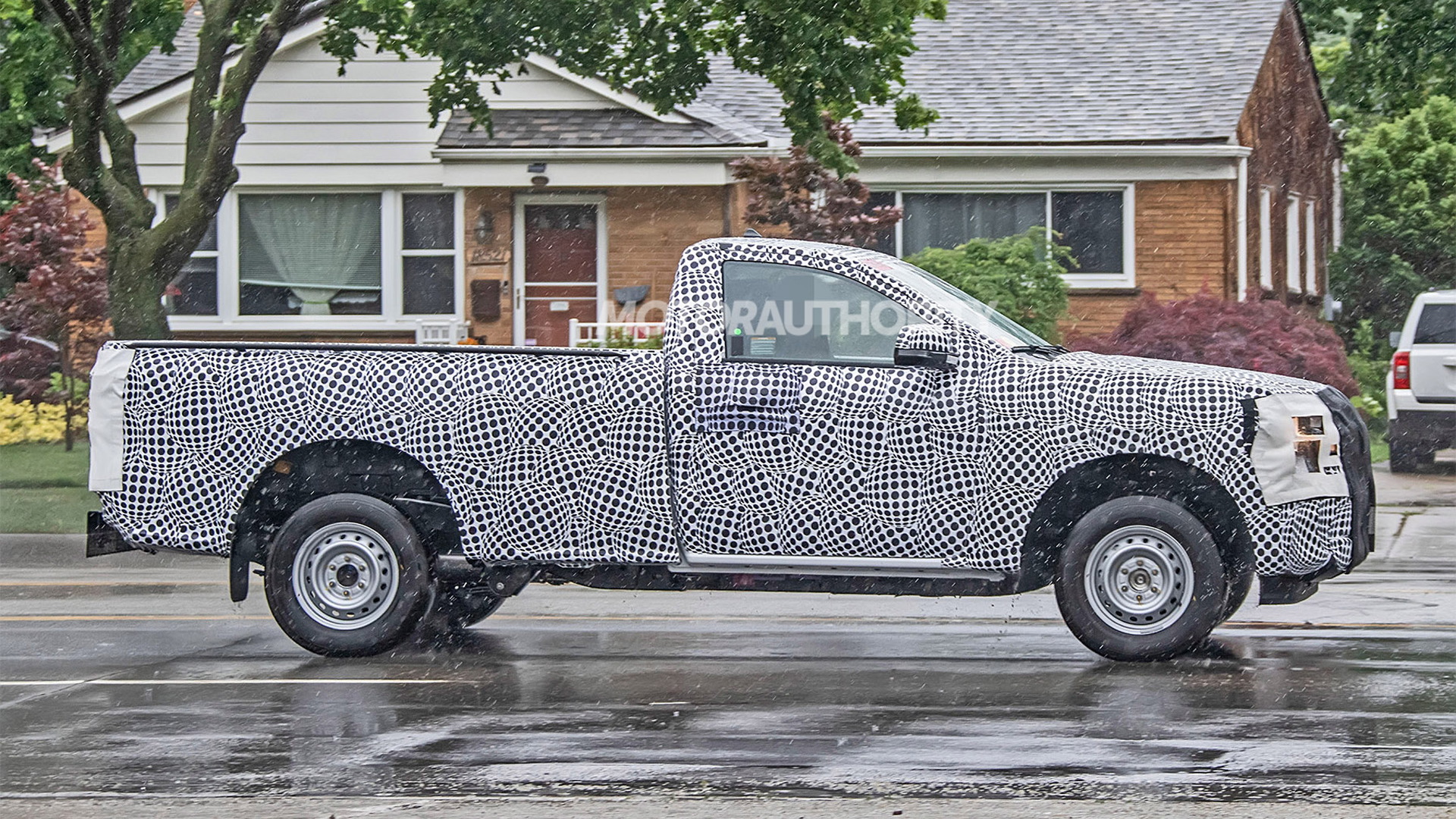 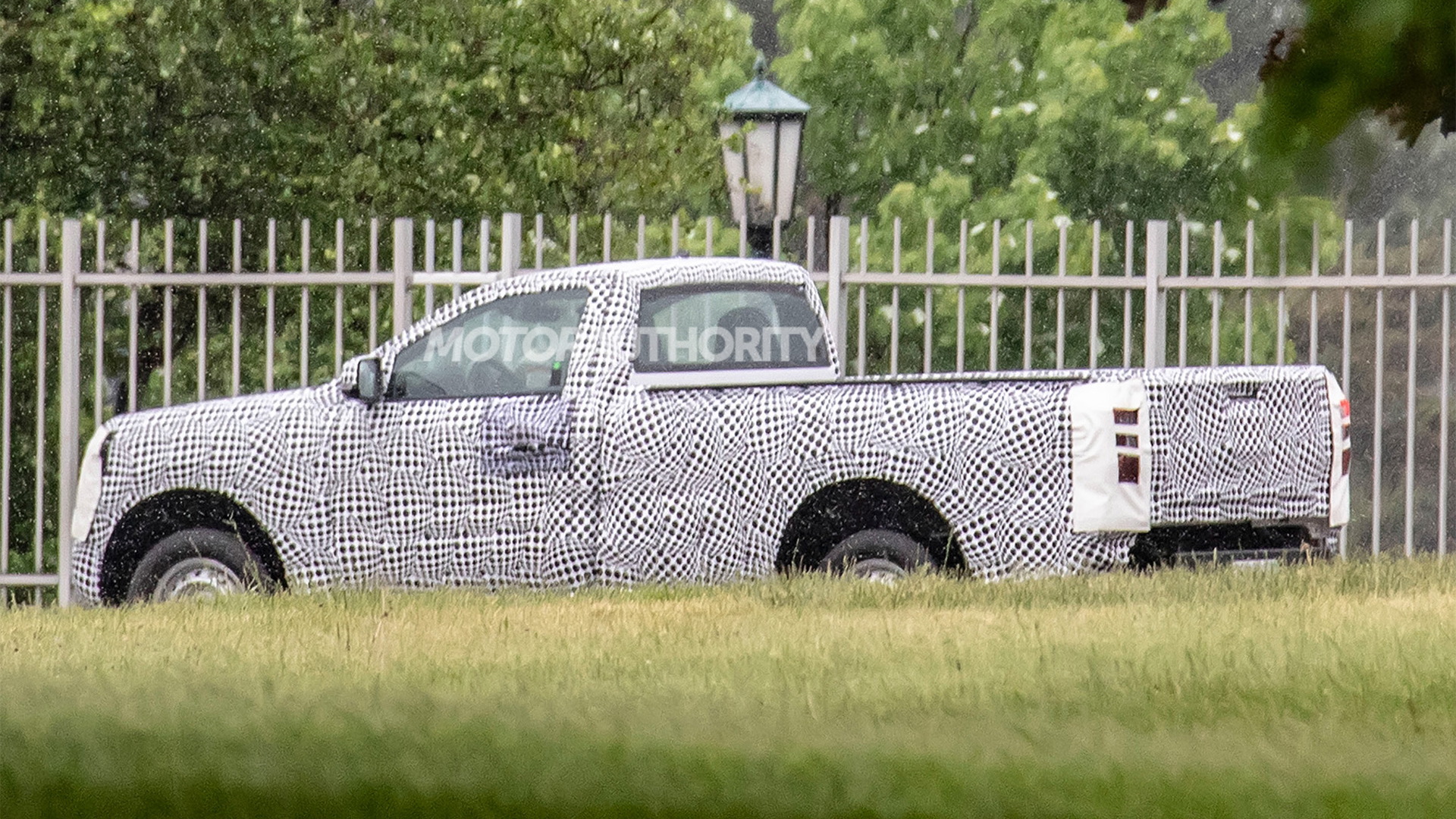 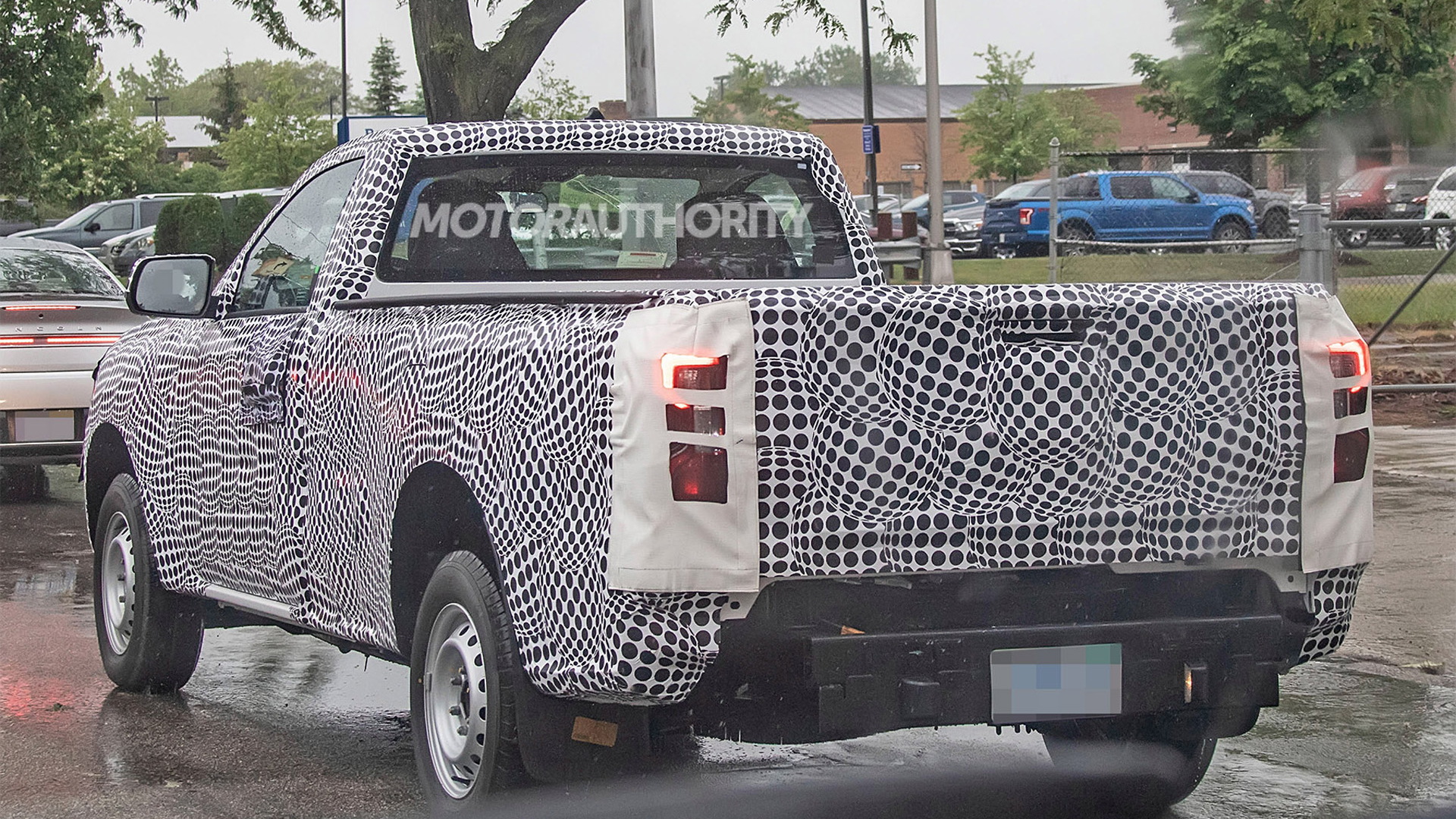 Ford is set to launch a redesigned Ranger later this year and fresh prototypes have just been spotted.

This time prototypes for Single and Super Cab versions have been spotted for the first time. Earlier shots show testers for the Crew Cab body. In some markets, an SUV body will be offered, as is the case for the current Ranger.

The current Ranger was only introduced in the U.S. for the 2019 model year but has been on sale elsewhere since the early part of the last decade. That's why a new generation of the mid-size pickup truck is coming so soon. It will be revealed later in 2021 and go on sale in 2022. It should arrive as a 2023 model.

The prototypes are heavily camouflaged but part of the headlight design can be seen, revealing a similar look to the design used on the latest F-150. The Super Cab body can also be seen with a sport bar.

The new Ranger will ride on the updated version of the current Ranger's T6 body-on-frame platform. The updated platform has a slightly bigger footprint and can support hybrid technology. It made its debut in the new Bronco.

Given the close ties with the Bronco, we can expect the Ranger to carry the same powertrains. In the Bronco, there's a 2.3-liter turbocharged inline-4 with 300 hp and 325 lb-ft of torque as the base powertrain, and a 2.7-liter twin-turbocharged V-6 with 330 hp and 415 lb-ft as the mid-range option. The Bronco is offered with the choice of a 7-speed manual or 10-speed automatic and hopefully this is the case for the Ranger, too.

It isn't clear what electrified option(s) Ford has planned for the Ranger, but it may simply be a similar setup to the hybrid powertain featured in the new F-150 PowerBoost. The F-150's setup combines a 3.5-liter twin-turbo V-6 with a single electric motor for a combined 430 hp and 570 lb-ft. We've heard however that a plug-in hybrid setup may instead be offered in the Ranger, and an electric variant will eventually be added as well.

We also expect to see a powerful twin-turbo V-6 reserved for a Ranger Raptor (prototype below). Yes, the U.S. is finally getting a Ranger Raptor, albeit with a gasoline engine instead of a diesel like in the current Ranger Raptor sold overseas. For Bronco fans, there will be an equivalent model possibly dubbed a Warthog. Prototypes for this model are also out testing.

Production of the new Ranger for North America will be handled at Ford's Michigan Assembly plant in Wayne, Michigan. It's where the current Ranger and new Bronco are built.

Next year, Volkswagen will launch a redesigned version of its own mid-size pickup truck, the Amarok, which Ford is developing on the bones of the new Ranger. Ford will also build the Amarok for VW, with the vehicle so far only confirmed for the South American, European and African markets, though both Ford and VW have left the door open to it possibly being sold in the U.S.