Porsche announced Friday that it is increasing its stake in Croatian EV startup Rimac Automobili from 10 to 15.5 percent to cement further collaboration in development of battery tech.

"Gaining Porsche as a stakeholder was one of the most important milestones in our history. The fact that Porsche is now increasing its stake is the best form of confirmation for our collaboration and represents the foundation for an even closer relationship," said company Managing Director Mate Rimac.

"We have many collaborative ideas that we aim to bring to life in the future. The fundamental focus is creating a win-win situation for both partners and offering our end customers added value by developing exciting, electrified models,” Rimac continued.

Neither company revealed what projects may be involved in the partnership. 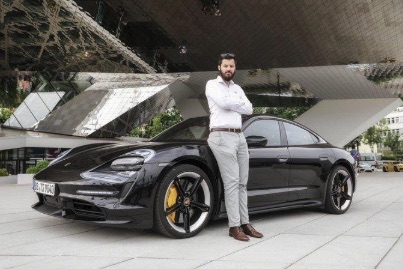 Rimac is perhaps best known for producing all-electric supercars, the first of which, the Concept_One, Richard Hammond famously reduced to a pile of smoldering rubble. However, Rimac has also carved out space as an EV component and systems supplier. That The company began working with Porsche after its initial investment in June 2018, but the German automaker is far from Rimac's only automotive industry tie-up.

In May, the company announced investment from Hyundai and Kia. The $90-million deal will produce a performance car for Hyundai's N sub-brand and a fuel cell vehicle which is expected to be sold as a Kia. Rimac has also inked deals to supply components to Pininfarina, Koenigsegg, and Aston Martin.

Porsche threw its hat into the high-performance EV ring with the debut of the Taycan, which boasts a groundbreaking high-voltage battery charging system. While the Taycan and Rimac's Concept_Two could be considered competitors to an extent, the wild Rimac supercar is far more of a toy than Porsche's practical sedan.

Mate Rimac had nothing but praise for the Taycan, even saying he would consider it as a daily driver.