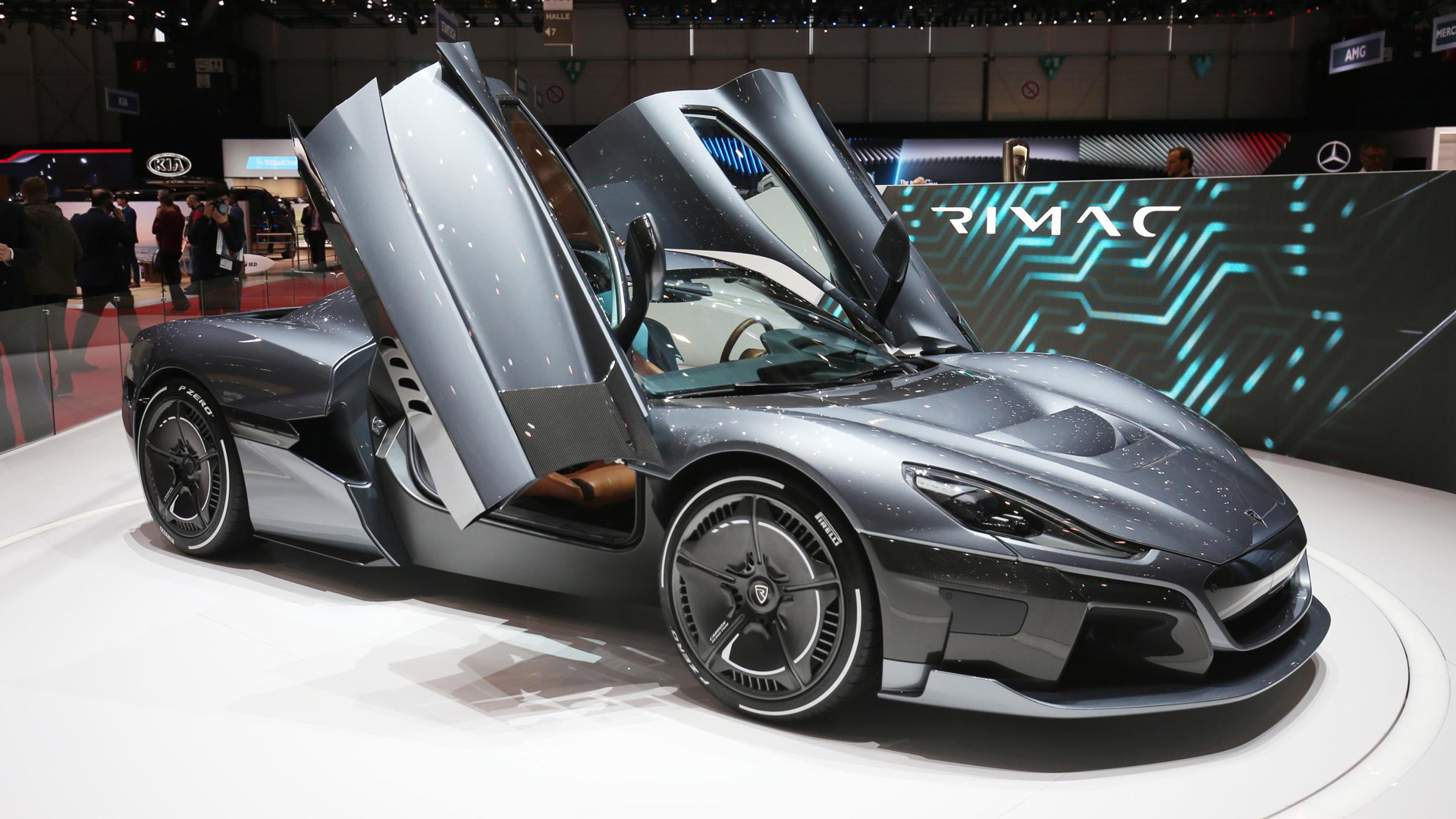 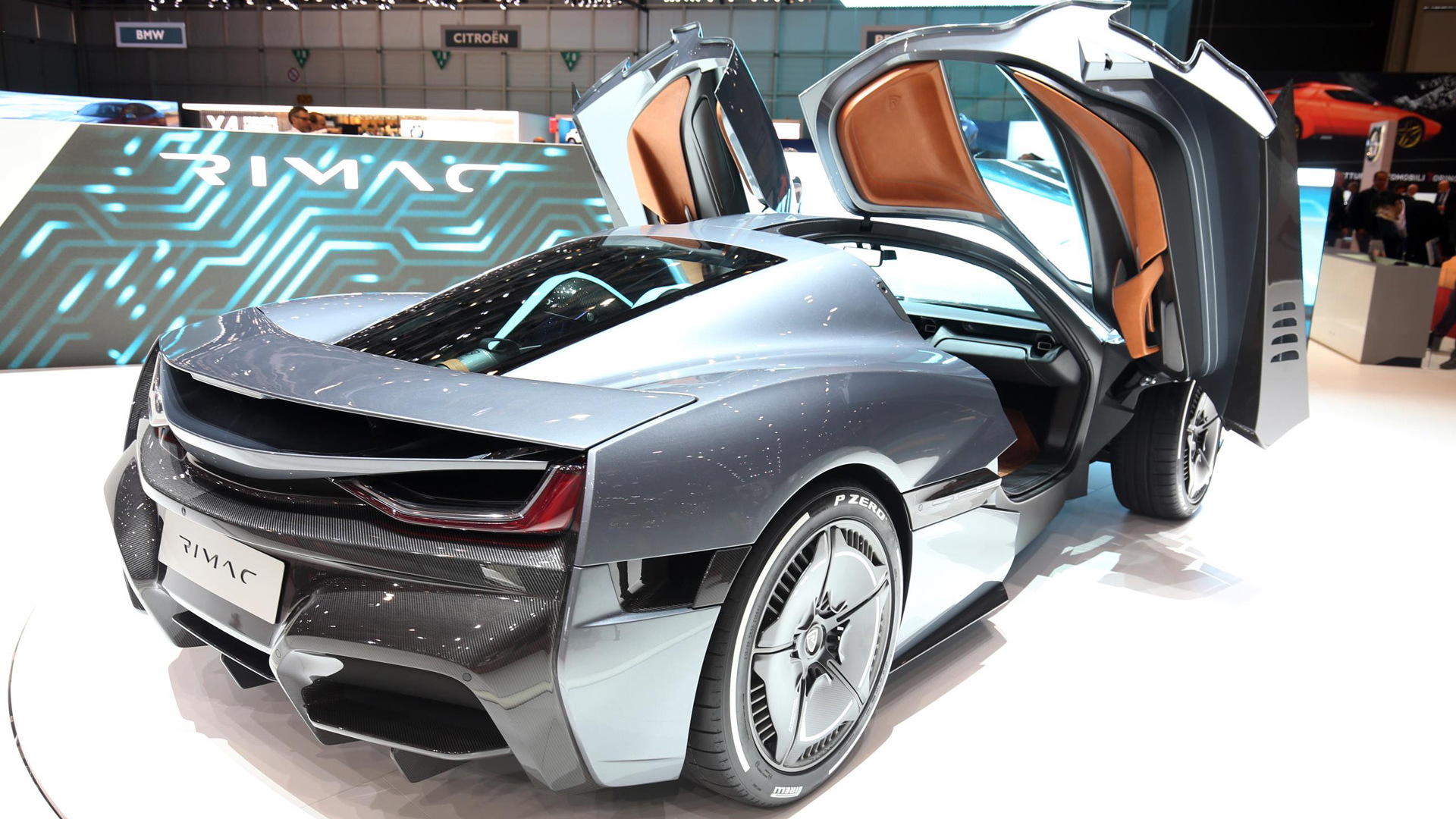 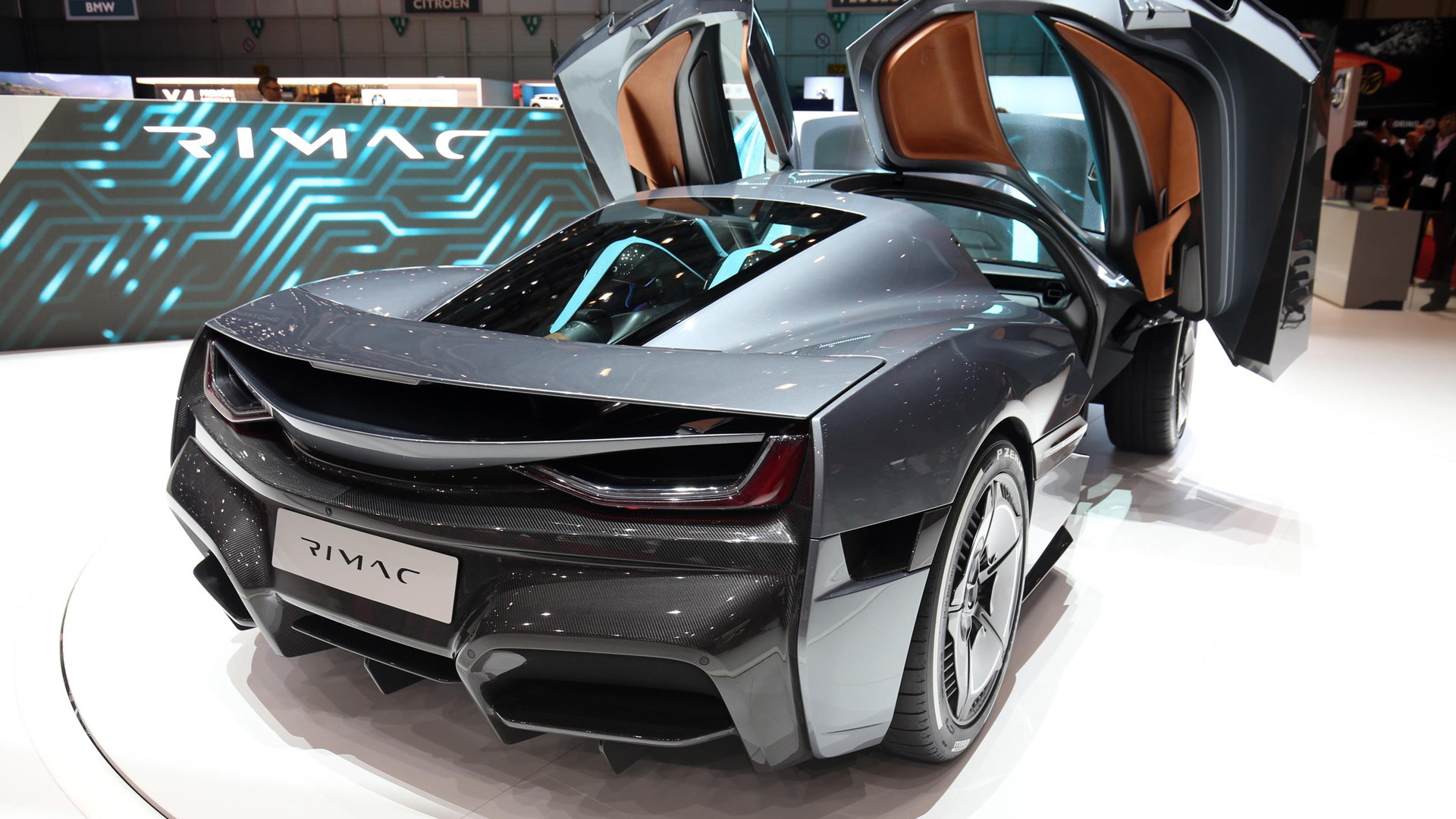 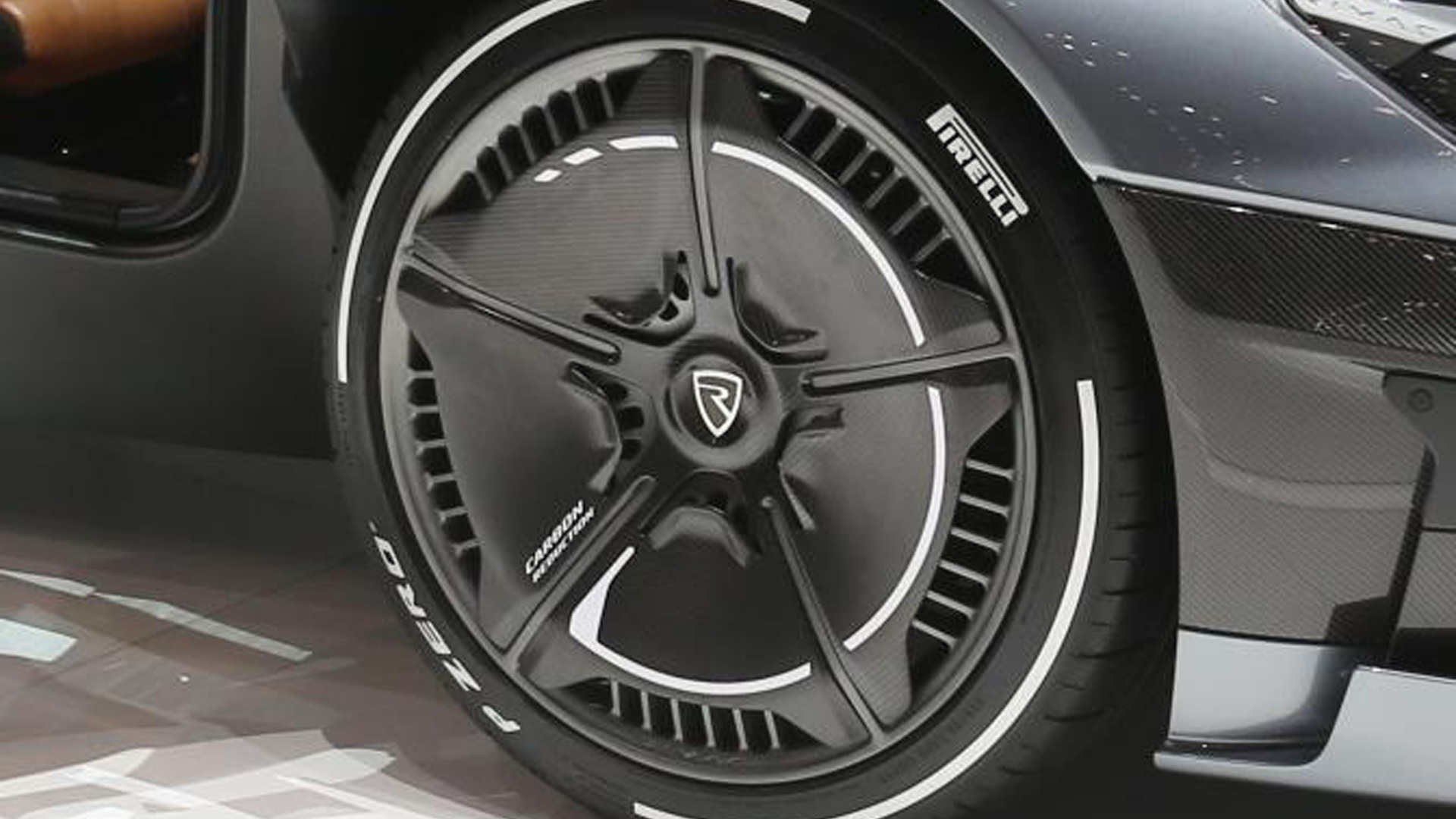 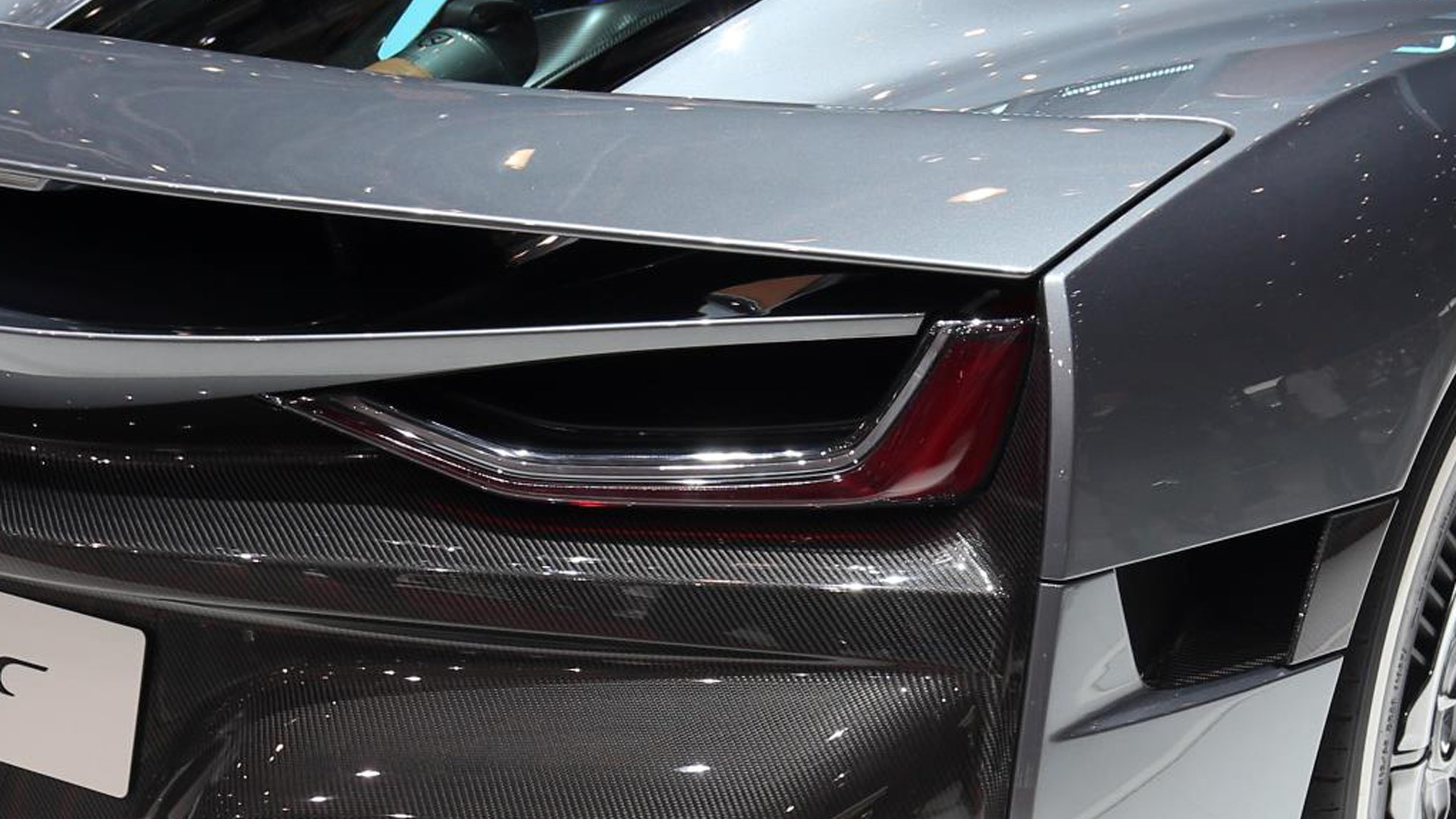 Rimac on Tuesday dropped its all-electric supercar bombshell on the Geneva auto show. The car is called the C_Two, and it represents a technological leap forward over the still-amazing Concept_One.

Thanks to its 120-kwh battery pack, the Rimac C_Two is capable of producing 1,914 horsepower from its four electric motors. That's two in the front and two in the rear, and those motors are used to provide all-wheel drive and torque vectoring that can turn the car into a drift machine or a steady-footed slick-pavement conveyance. It also has four gearboxes; a pair of single-speed units handle the front motors, while a pair of two-speed gearboxes distribute the power of the rear motors. The two-speed setup is necessary to mitigate the massive amounts of torque being generated. How much torque, you ask? Nearly 1,700 pound-feet of twist.

All of that power is enough to propel the C_Two from 0-60 mph in just 1.85 seconds, while the quarter mile is dispatched in a mere 9.1 seconds, claims Rimac. Finally, the top speed is 258 mph. This is an all-electric Bugatti Chiron fighter, folks. And if you can keep your foot off the throttle, the total range is rated at just over 400 miles per the New European Driving Cycle (NEDC).

The C_Two is built on a carbon-fiber monocoque. The design features butterfly doors and the brand's signature "tie" design along the sides that resolves into air intakes for the rear cooling system. Aerodynamic forged alloy wheels channel air to the carbon ceramic brakes and mount Pirelli tires specially designed for the car. The car has active aerodynamics that include flaps in the hood, moving elements of the front splitter, flaps for the flat underbody, and a rear spoiler that can raise to improve downforce, lower to allow a higher top speed, or raise and tilt to act as an airbrake.

Despite its potent performance, Rimac considers this its grand tourer. Open the butterfly doors and you''ll find a rather luxuriously outfitted cabin (for a supercar) finished in a gorgeous brown and blue color scheme, though customers will be able to choose their own colors. The C_Two has seating for two with electric seats and a power tilt/telescoping steering wheel, as well as room for cargo under the rear hatch.

The driver can do the work, consult with an onboard driving coach to improve racing lines, or switch over to Level 4 autonomous driving. That's about as bold a claim as the 0-60 mph time and the top speed. A vehicle that's rated at Level 4 autonomy is considered to be high automation. This means that under certain conditions, the car can operate without human oversight. No car on the market today offers Level 4 autonomy.

It's crazy that we live in a time in which a carmaker can say their new vehicle has nearly 2,000 horsepower and a 400-mile electric range, and we're ready and willing to believe that. The autonomous driving claims, however, we're going to wait and see.

The C_Two is Rimac's second electric supercar. The first was the Concept_One, an electric supercar that boasts 1,088 horsepower and is capable of running from 0-60 mph in just 2.5 seconds. The Concept_One gained a bit of recent notoriety when Richard Hammond of "The Grand Tour" flipped one on a hill climb course. Hammond should not be allowed anywhere near the C_Two, because it's performance specs are even more impressive.