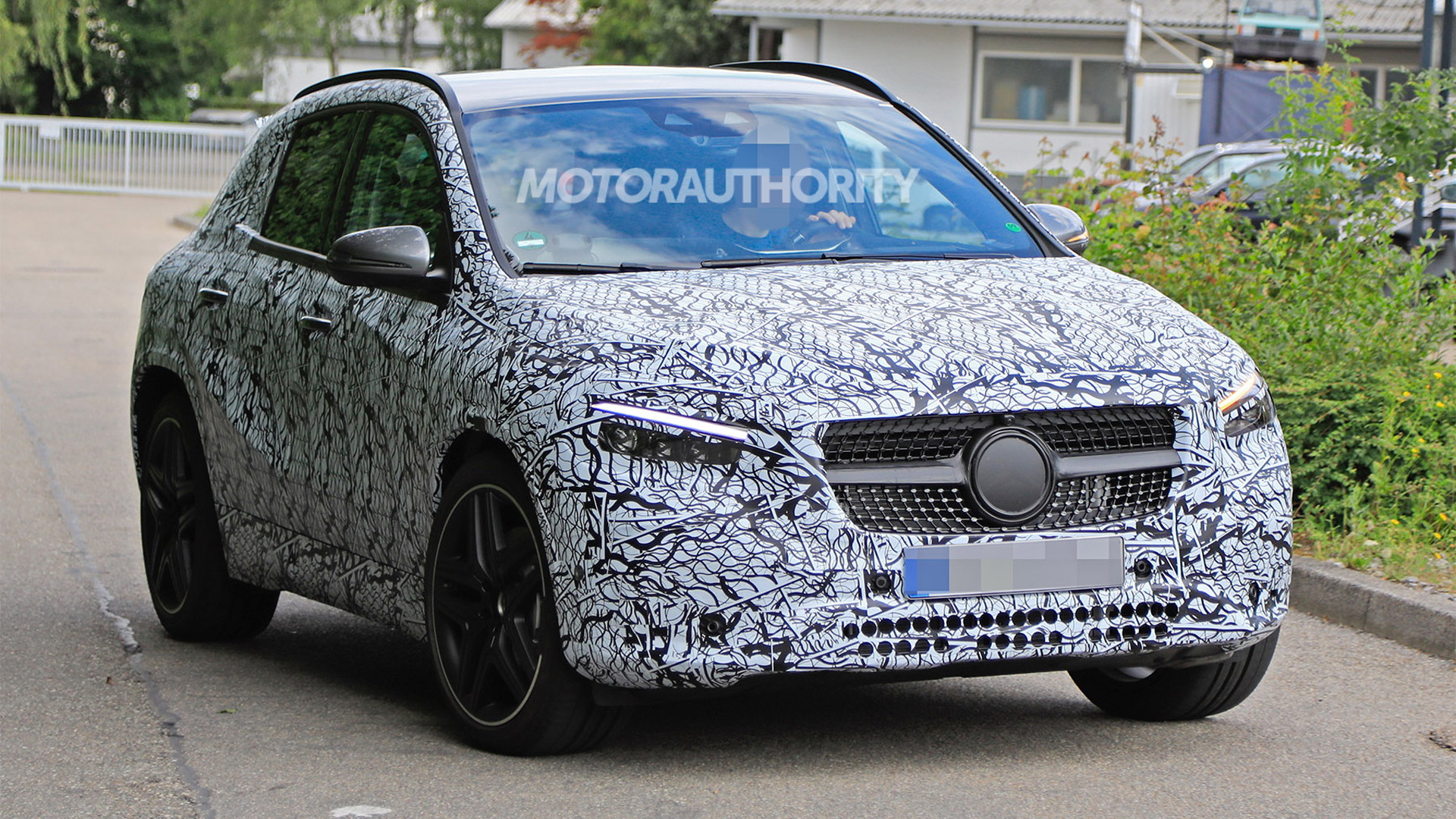 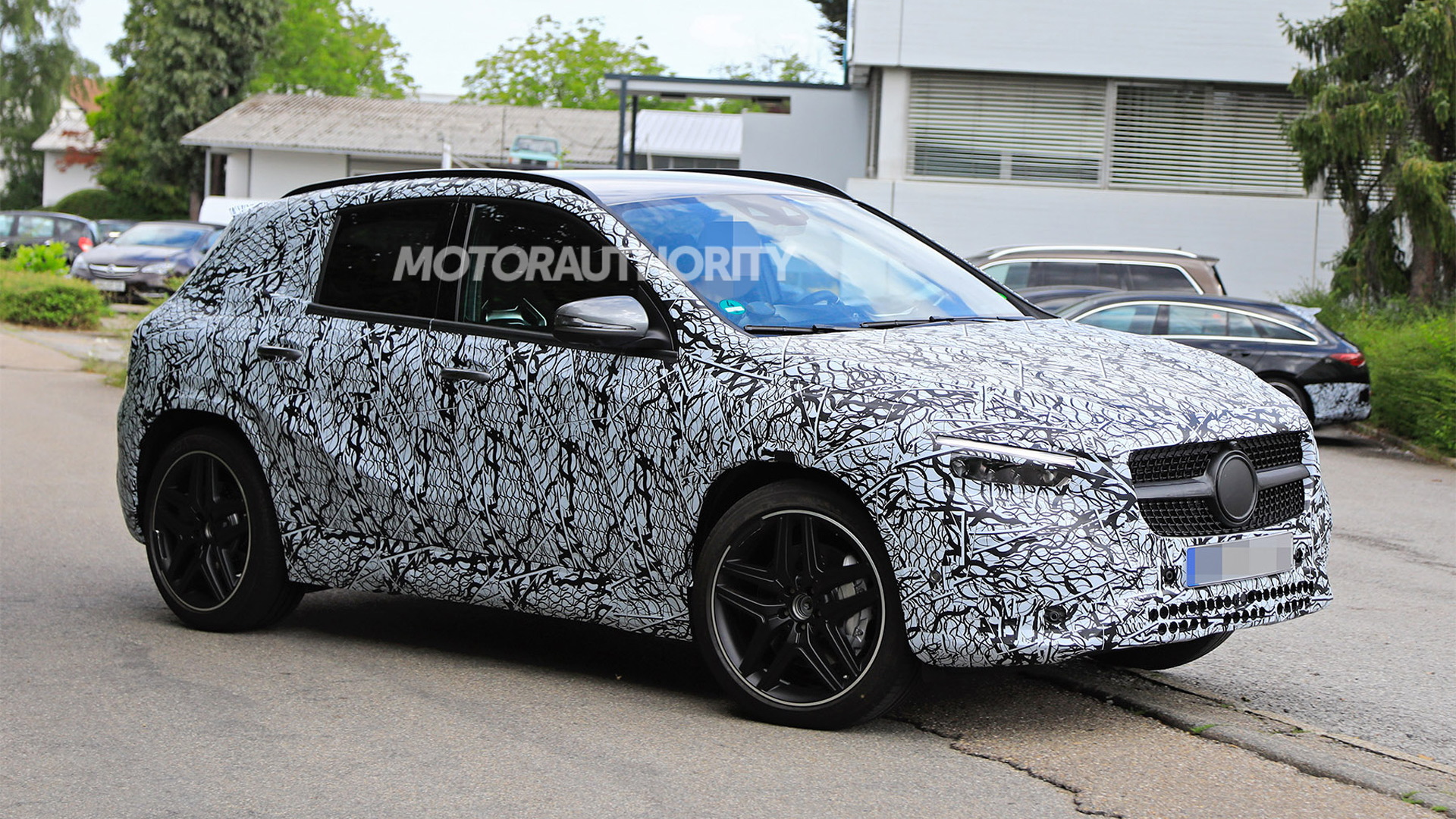 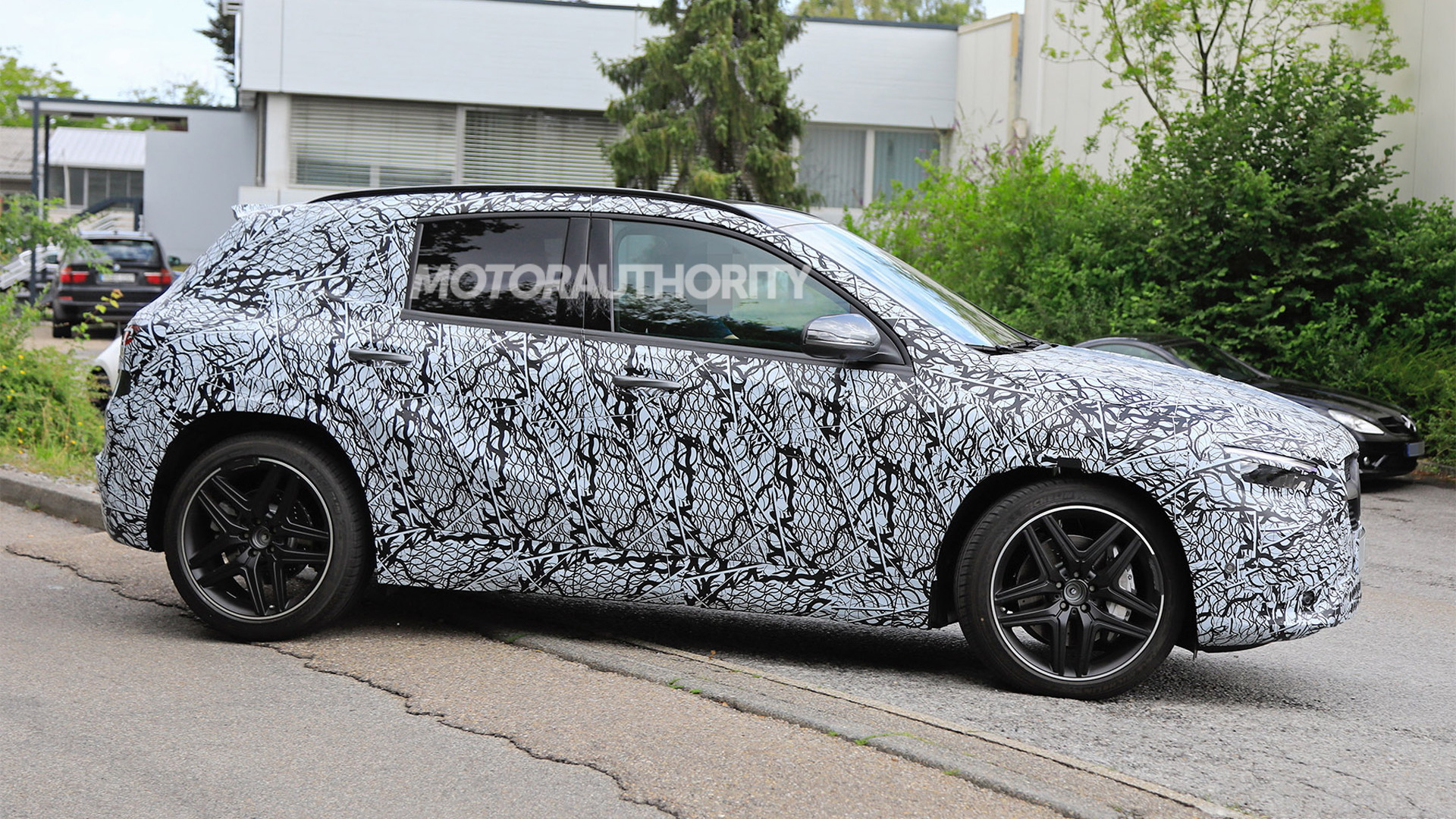 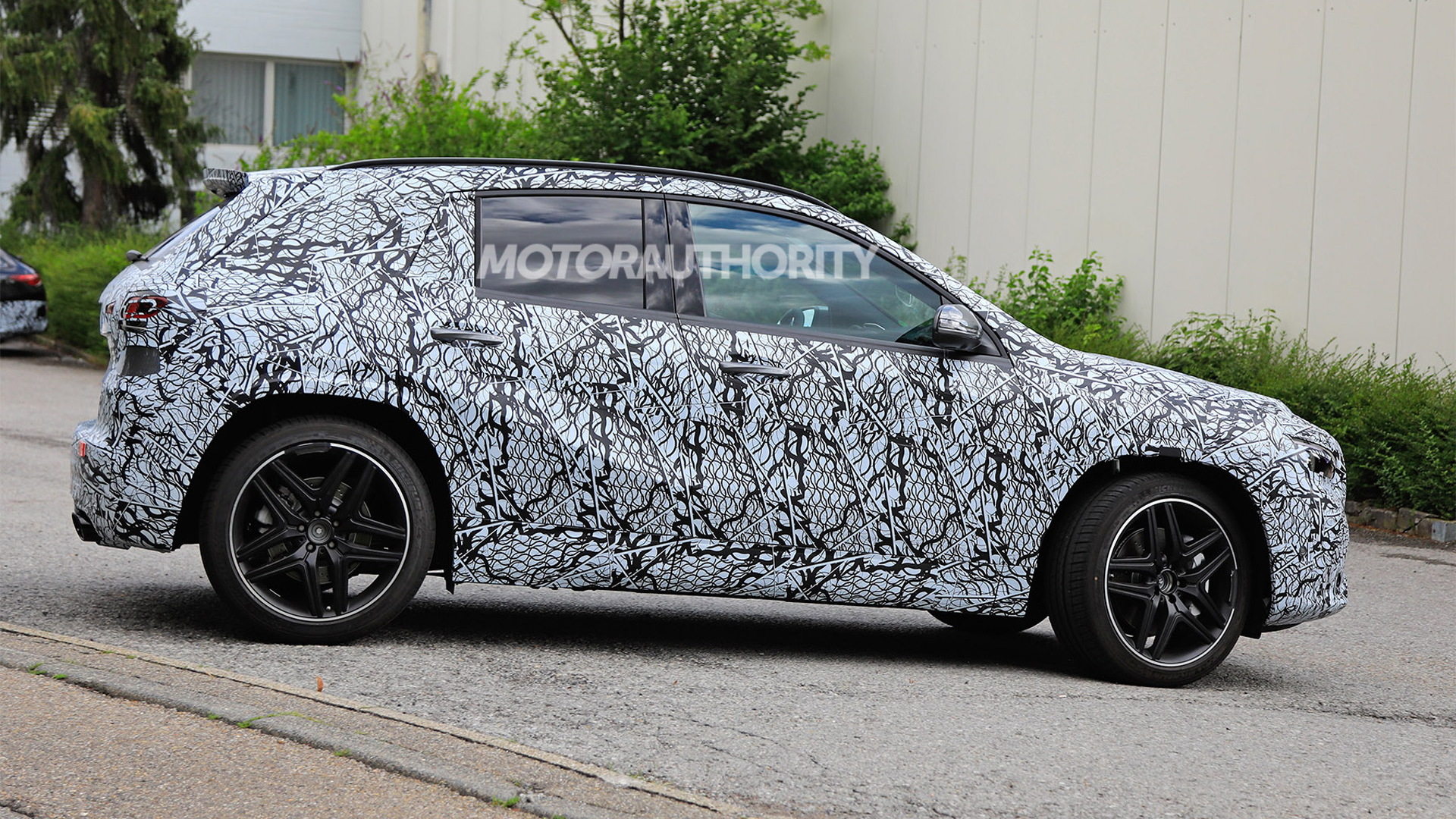 Mercedes-Benz is working on a new generation of its GLA-Class compact crossover SUV. Today we have the first spy shots of one of the Mercedes-AMG versions.

Yes, “versions” isn't a typo as AMG is offering two performance levels for the latest generation of Mercedes compact cars. In the case of the GLA, there will be a direct replacement for the current GLA45 plus a new GLA35 slotting in below it, shown here in prototype form.

AMG has already revealed a new A35 and CLA35. Like those cars, this GLA35 will come with a 2.0-liter turbocharged inline-4 making 302 horsepower and 295 pound-feet of torque. A 7-speed dual-clutch transmission and all-wheel drive will also be part of the package. This combination should result in 0-60 mph acceleration in around 4.5 seconds.

Beyond the power boost, the GLA35 should also benefit from increased body rigidity and performance tuning of the transmission and all-wheel-drive system compared to regular GLA models. AMG is also likely to fit its performance data recorder, albeit likely as an option.

The redesigned GLA is expected on sale in mid-2020 as a 2021 model. The GLA35 should arrive at dealerships at roughly the same time. Its main target will be the BMW X2 M35i, which also features a 302-hp output and all-wheel drive.

Concurrent with development of the GLA35, AMG engineers are working on a redesigned GLA45. This model will also pack a 2.0-liter turbocharged inline-4 but will offer outputs of 382 hp in standard guise and as much as 416 hp in S guise. The mighty powerplant has already been revealed in new versions of the A45 hatchback and CLA45 sedan.

Note, buyers looking for a more rugged design than the city-chic GLA can look forward to AMG versions of the recently revealed GLB-Class. Both a GLB35 and GLB45 are coming.

Compact cars have proven to be big business for Mercedes. Buyers snapped up 609,000 examples of Mercedes' compacts in 2018, which accounted for 25 percent of the automaker's total sales volume, and the number this year is likely to be even higher due to the arrival of a redesigned range, plus new entries.